The Dive Sites of Mainland Tanzania 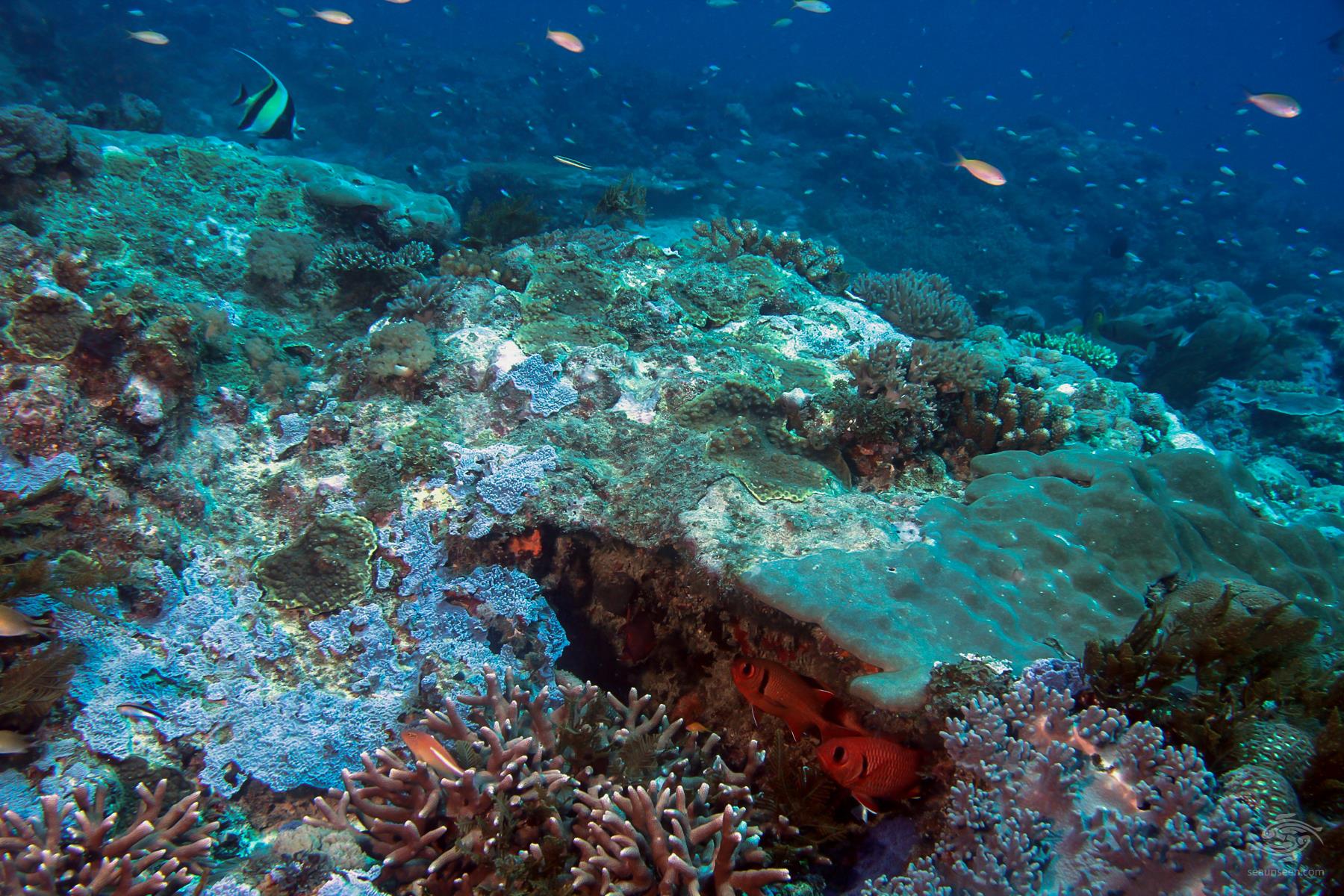 Tanzania has a fairly long undeveloped coastline 1424 km long, with many undiscovered diving spots that are undoubtedly going to develop in the future. The three main large islands of Pemba, Ungudja ( known collectively as Zanzibar) and Mafia island have some excellent dive sites and conditions.

The South  Equatorial current flowing westwards hits the coast at 12 degrees south, roughly in the area of the Tanzania-Mozambique border, close to Mtwara in the south. The East African coastal current ( EACC) flows northwards up the entire Diving in Tanzanian coast. The EACC is a steady current, at its strongest during the Southern Monsoon (April-October) when surface currents can be around 3 meters per second. This weakens during the northern monsoon ( November-March) with an average of 0.5 meters per second. Dependent on the strength of the North East monsoon the EACC can change direction to flow easterly, becoming the equatorial counter current.

The north east monsoon which blows between November and March is known locally as the Kaskazi. It is associated with temperatures of between 28-34 C with higher surface water temperatures. There are a with few showers and moderate to strong winds. From June to October the climate is cooler and drier going into the South East Monsoon, known locally as the Kusi. The Kusi has the strongest winds until approximately November. Between seasons March-April and October-November, there are usually calmer periods. These are known locally as the Matlai.

From March to May the coastal areas experience heavy rains, These are known locally as the Masika or long rains and the short rains fall between November and December.

Surface water temperatures are seasonal in the coastal waters. Between July to September the surface temperatures are around 25 C going up to 29 C on average. Local conditions can go as high as 32 C during the North East Monsoon from January to March. The depth of the upper mixed layer varies from 20 meters ( March and November) to 100 meters ( June-July) due to the seasonal variations of wind speed and direction. 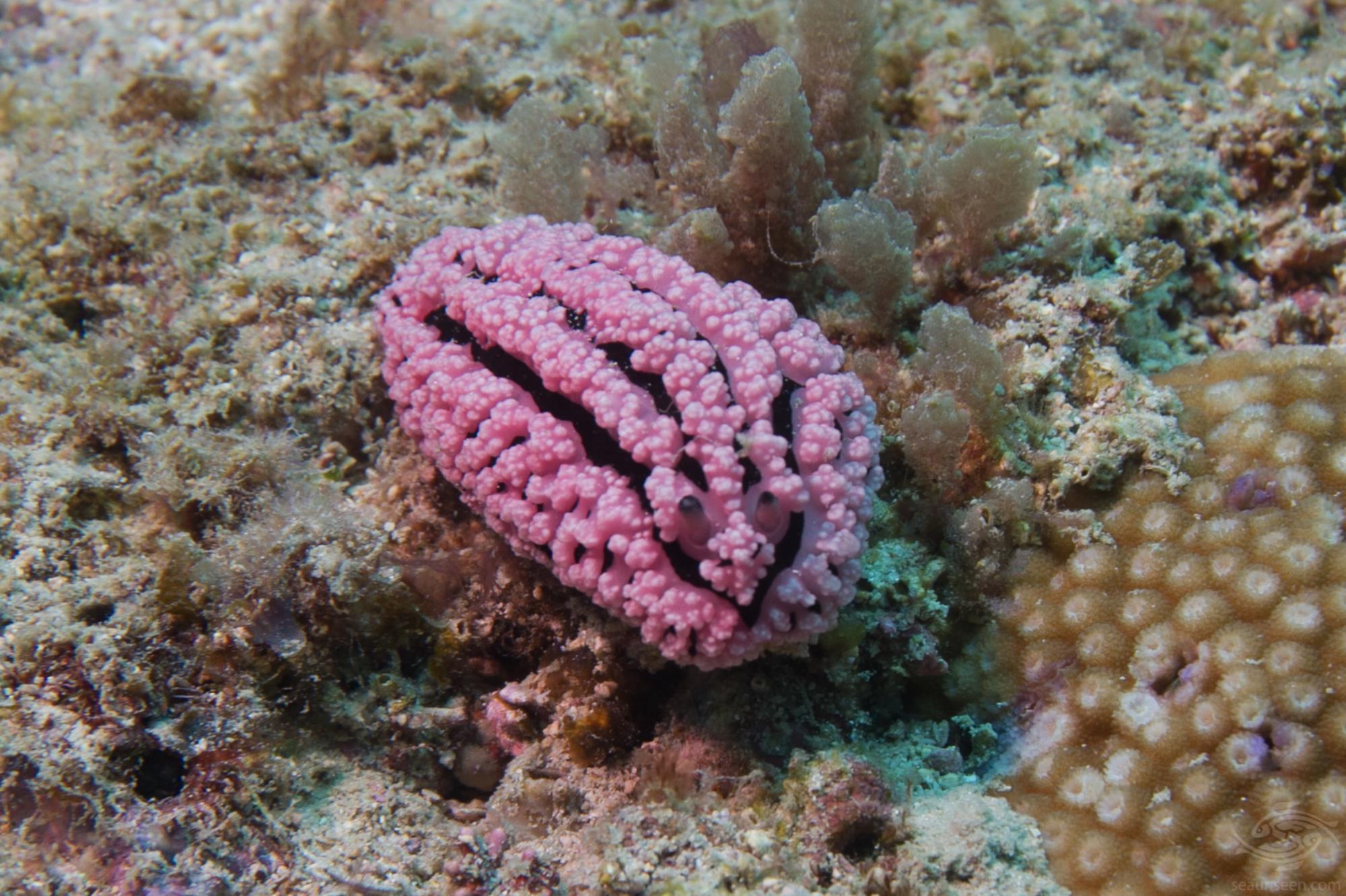 Starting in the north of the country from the Kenya border, the Tanga area has a large estuary and many small islands to the north and south. Undoubtedly one day these will have hotels and resorts on them. New Marine Reserves have been promulgated around four islands , Kirui, Mwewe, Gozini and Ulenge and Kwale island close to the Kenyan border.

The Tanga Coelacanth Marine Park is also nearby Tanga, specifically to protect the population of coelacanth found in the area along deep drop offs found on the outer islands. These fish are found at around 60 meters and deeper in caves and are beyond the reach of recreational divers.

Hump back whales , melon headed whales and several species of dolphin are found in the Pemba channel between the mainland and Pemba island and there may be a small community of dugong near the Kenyan border.

To the north of Tanga a relatively new resort Fish Eagle Point has opened with a dive center and they have a number of dive sites in the area. To date we have not dived any of these sites so no information is available on the dives themselves.

Moving south to near Pangani, Emyani Beach Lodge at Ushongo Beach has a diving operation with a number of dive sites which center around the Marine Reserve at Maziwe Island, Fungu Ushongo (Fungu means sandbank in the local language Swahili) and the reefs of Datcha and Massera. We have not yet dived these sites but having sailed, fished and free dived in the area there is some good diving there.

The dive center in Bagamoyo has regretfully closed down but there are some good dive sites in the area.

Dar es Salaam the commercial hub of diving in Tanzania as well as the main port, has a Dive center, Seabreeze Marine . There is also a dive section at the Dar es Salaam Yacht Club. There are a number of well known dive sites in the area. Overfishing and dynamite fishing have damaged the reefs and one seldom sees reef fish of over 30 centimeters. On the up side this has allowed the smaller reef fishes to thrive. The small fish life is remarkably good on some sites, particularly those protected by some depth. Seasonally the area is visited by pelagic fish. 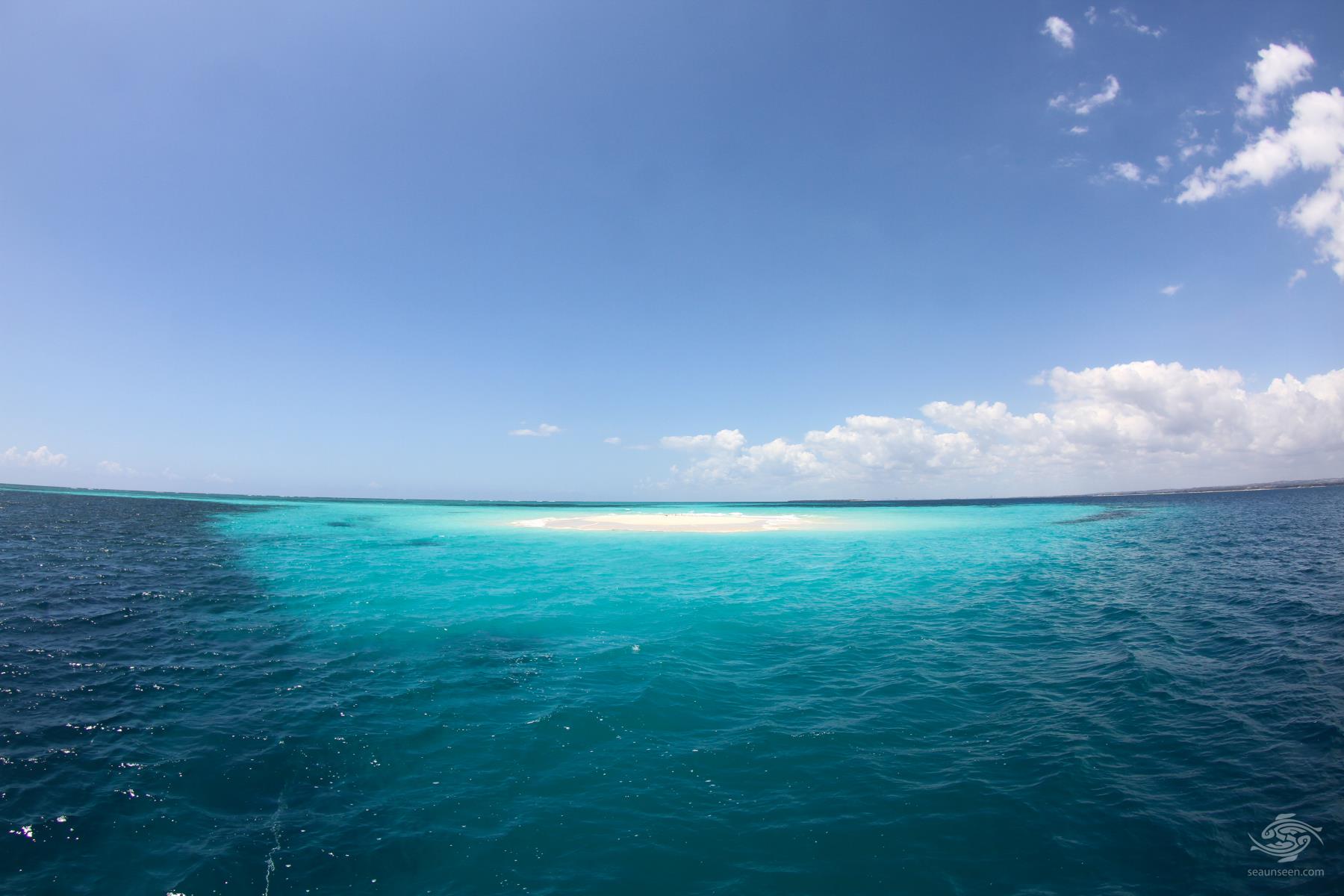 Fungu Yasin is a sandbank situated to the north of Msasani Bay , north of the islands of Bongoyo and Mbudya and is a fairly popular picnic spot for day trippers from Dar es Salaam.  The Reefs around Fungu Yasin are fairly extensive and large portions of the reef are visible on a spring low tide making the area a navigational hazard. In the times of German East Africa, there were navigational lights on Fungu Yasin.

The remnants of these lights may be seen in the form of the three concrete blocks that lie on the western side of the reef near where the sandbank is.  The reef slopes off towards the Zanzibar channel. On the outer eastern edges of the reef, on the drop off is where the popular dive sites are found. Extensive beds of sea grasses surround the sandbank but to date no seahorses have been found there. 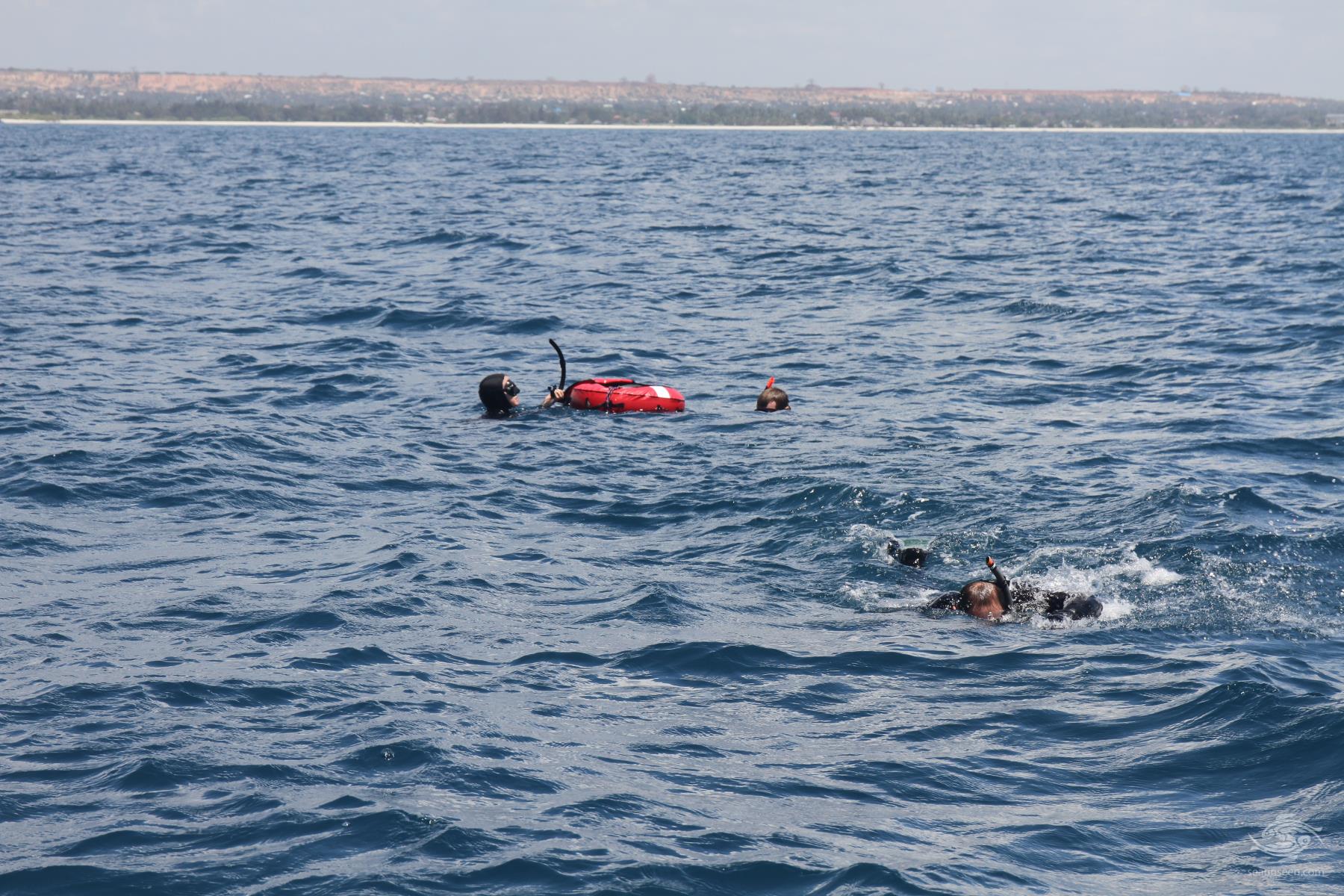 For Free Divers looking for depth and reasonably clean water without much of a current for line diving, the area to the west of Fungu Yasin is probably the best spot in the Dar es Salaam area. It is protected by  Fungu Yasin and has sandy bottoms with depths of 40 meters possibly slightly more in some locations. One has to be careful of the Zanzibar Ferries coming through and the Bagamoyo Ferry which sticks closer in to shore. Access to this area is by boat only. 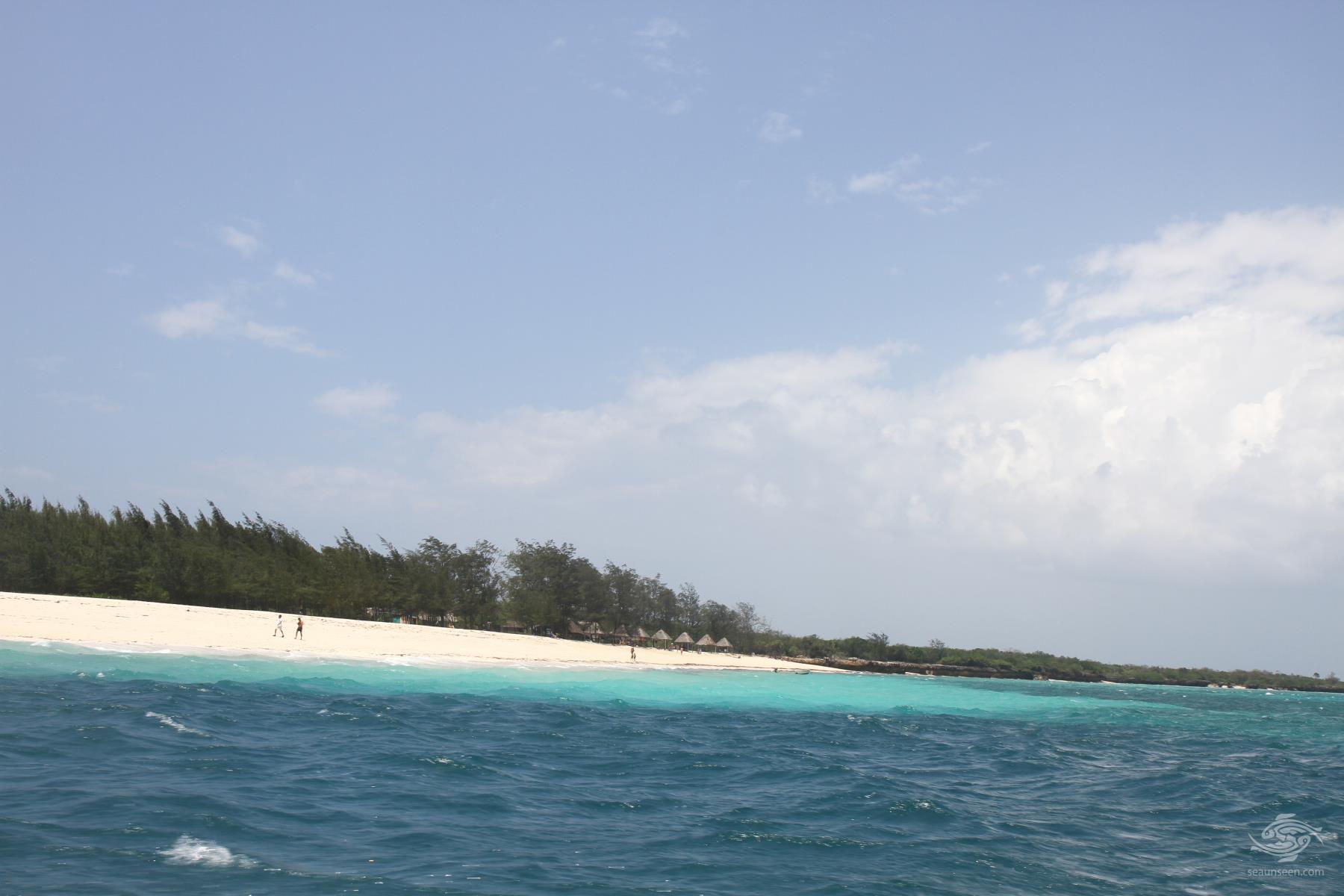 The island is a Marine Reserve and is surrounded by shallow coral reefs to the north east, east and south east. Large numbers of coral fishes such as wrasses, butterfly fish, damsels and many others are to be seen. The Island is a popular day trip and overnight accommodation is available on the island. There are numerous areas around the island with safe snorkeling conditions.

On the east side dropping off into deep water there are some good dive sites. Just to the South East of Mbudya is Octopus reef. The island is accessible from the White Sands Hotel who runs boats to and from the island. There is good snorkeling to the north east and south of the island. 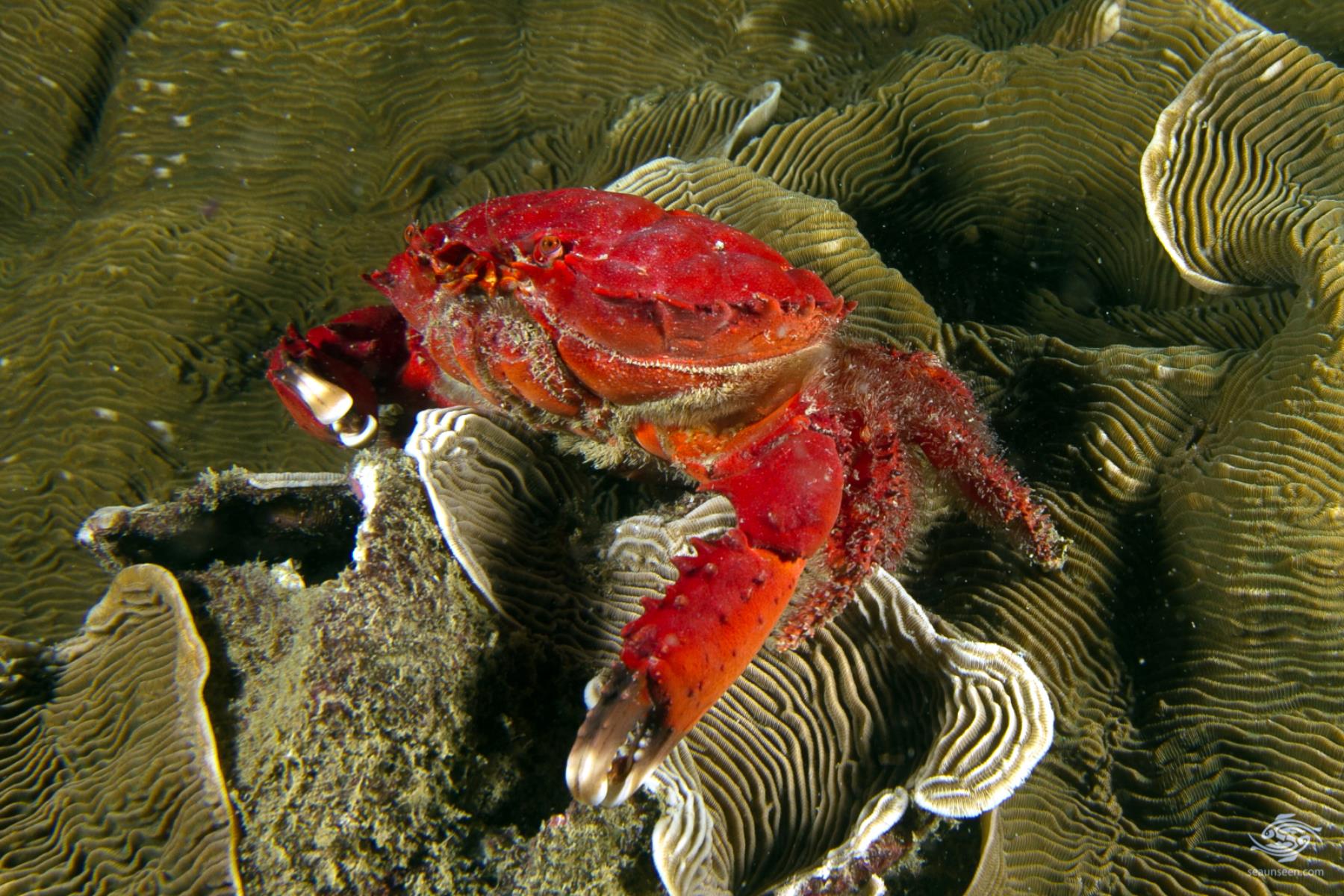 At the right time of the year large numbers of game fish may be found on the ocean side searching for food. Species of the Caranx family , barracuda , wahoo , mackerel and others may be sighted in a good year. There are some resident white tipped sharks and green turtles are occasionally sited for Diving in Tanzania. 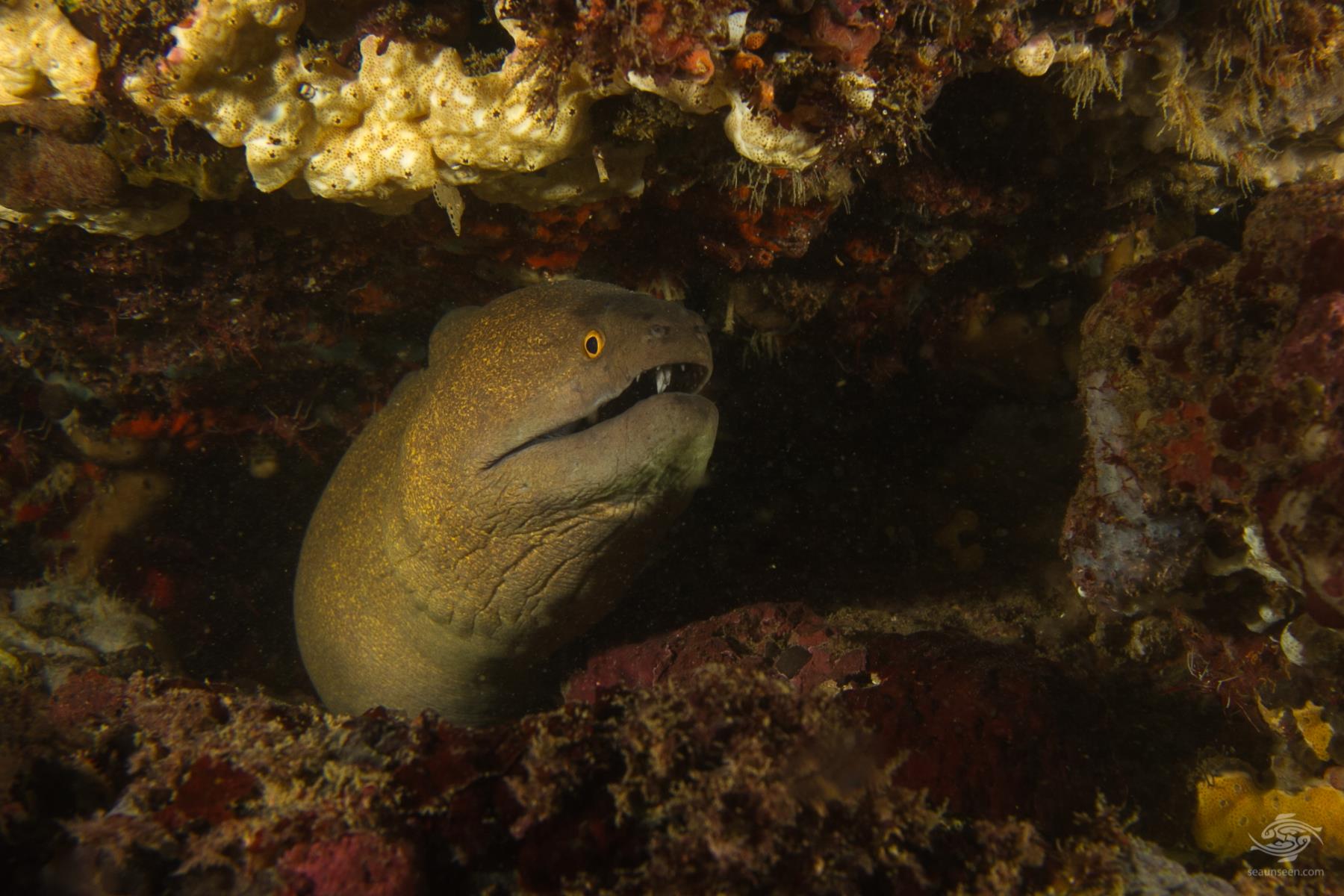 Bongo Island is south of Mbudya island and is accessible from the Slipway at Dar es Salaam for Diving in Tanzania.

Free diving can be done to the east of Bongoyo island out near where the ships anchor and depths of up to 60 meters can be found for line diving.

DIVE SITES TO THE EAST AND SOUTH OF DAR ES SALAAM 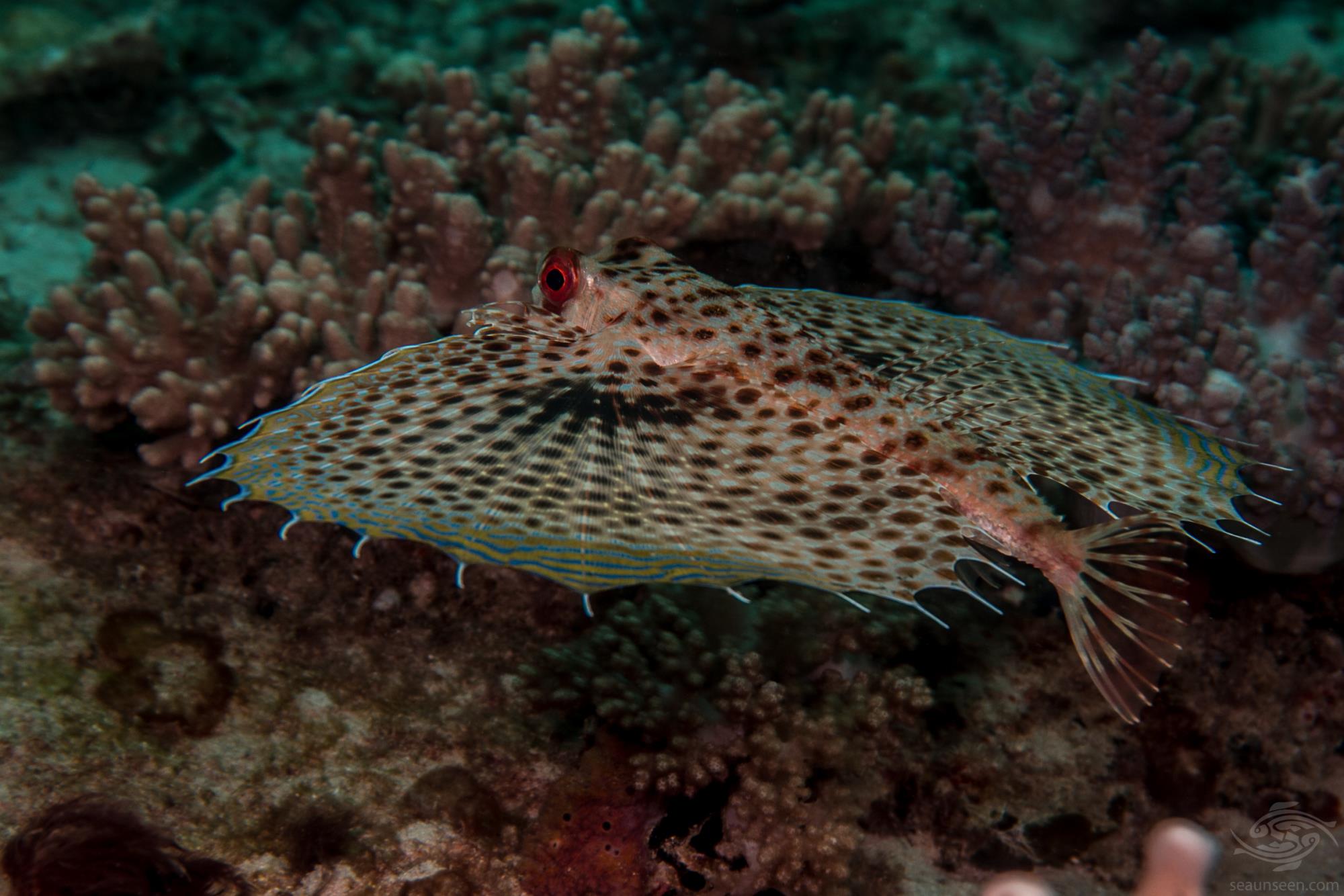 Kilwa can be a confusing place because Diving in Tanzania there are three Kilwa’s all in close proximity. Kilwa Masoko is today generally referred to as simply Kilwa. There is some very good diving in the area. Kilwa is situated in a large estuary with very deep waters in it, the channel being some 60 meters deep at the entrance. In the estuary are a number of islands with UNESCO archaeological sites on them and there is a very interesting day trip across to the island to see them.

Having free dived the entrance reef, the reefs are in good condition with a small amount of old dynamiting damage visible on the upper sections of the reef. The visibility in this area, being far from any large city or industry, is generally very good normally being at least 20 meters. Fish life is good and we have personally seen a large oceanic white tipped shark in the entrance to the estuary.

Kimbilio Lodges run a dive operation in Kilwa from their lodge and they have a variety of dive sites, shallow reefs, wall, caves and archaeological dives on parts of the old Arab settlement in the area. 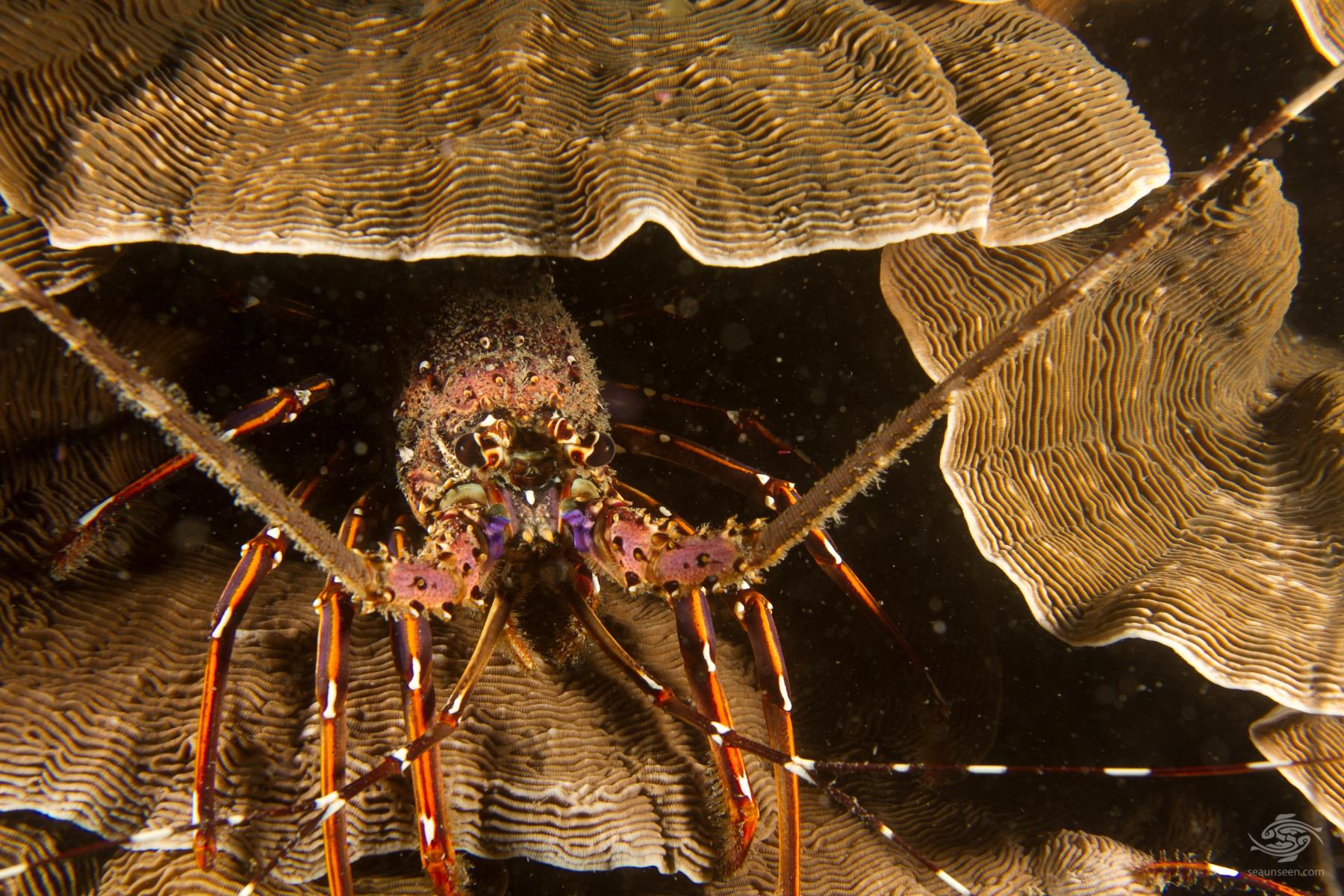 Mtwara is the southernmost city on the Diving in Tanzania coast and is situated on an estuary. To the south of the city going towards the Mozambique border are several marine reserves. The south equatorial  current flows onto the coast in this area bringing in a wealth of life from the Indian ocean. A scuba diving operation and research center run by ECO2 is just outside the city. They have several quite famous dive sites. Probably the most talked about one being Cryptomania with very large numbers of resident seahorses on it, as well as ornate ghost pipe fish at certain times of the year. Their dive sites are in Mnazi bay but they also have weekend dive trips into the Marine reserve south of Mtwara. Unfortunately the latest news is that ECO2 is presently shut. Hopefully it will reopen soon.

To the south of Mtwara is the Mnazi Bay-Ruvuma estuary marine park which has now opened up for development and which will one day certainly become a major tourist attraction.