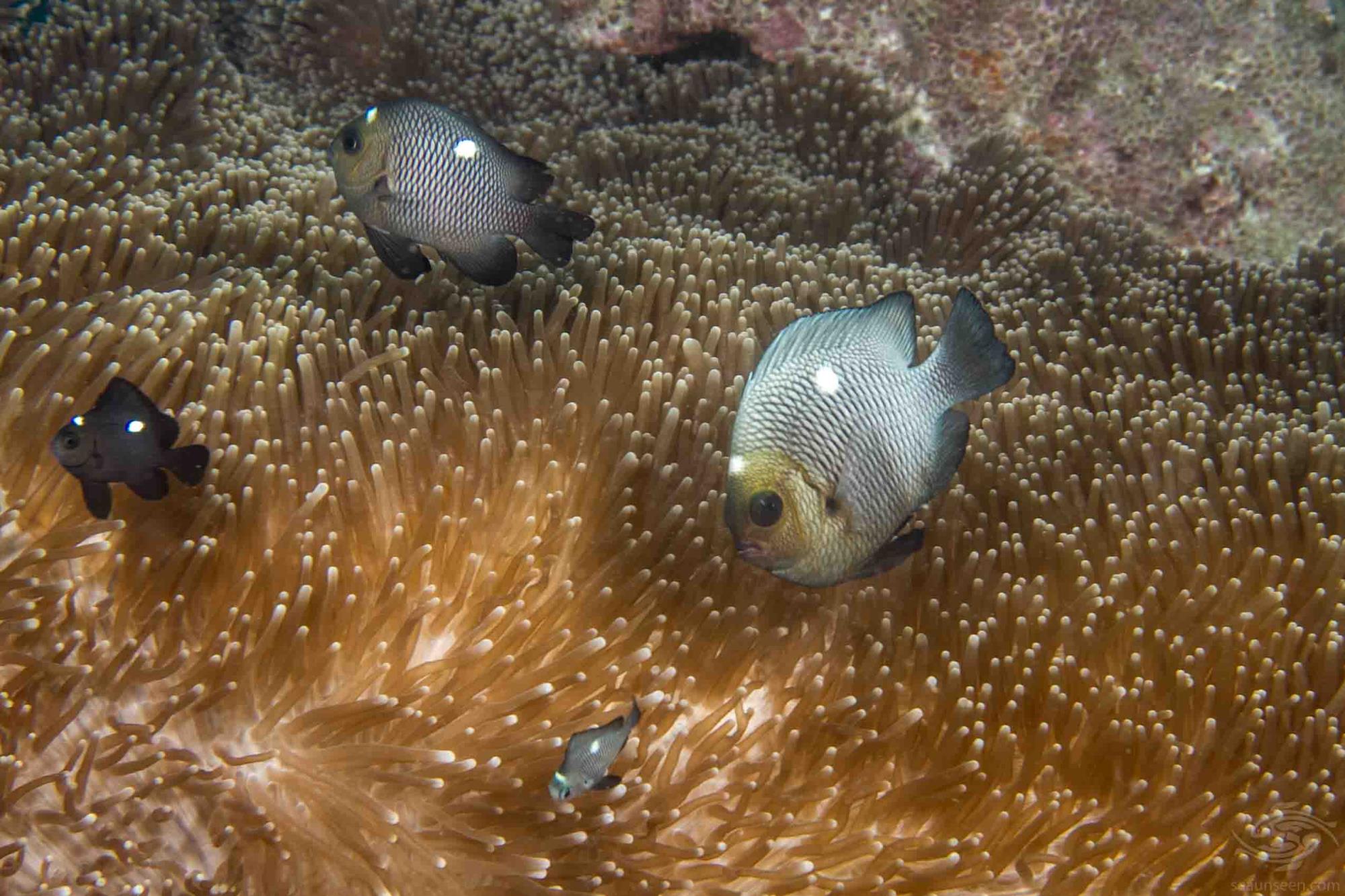 The Domino Damselfish, Dascyllus trimaculatus is also known as the Three Spot Dascyllus. Despite their small size and lack of bright coloration they have a lot of character. 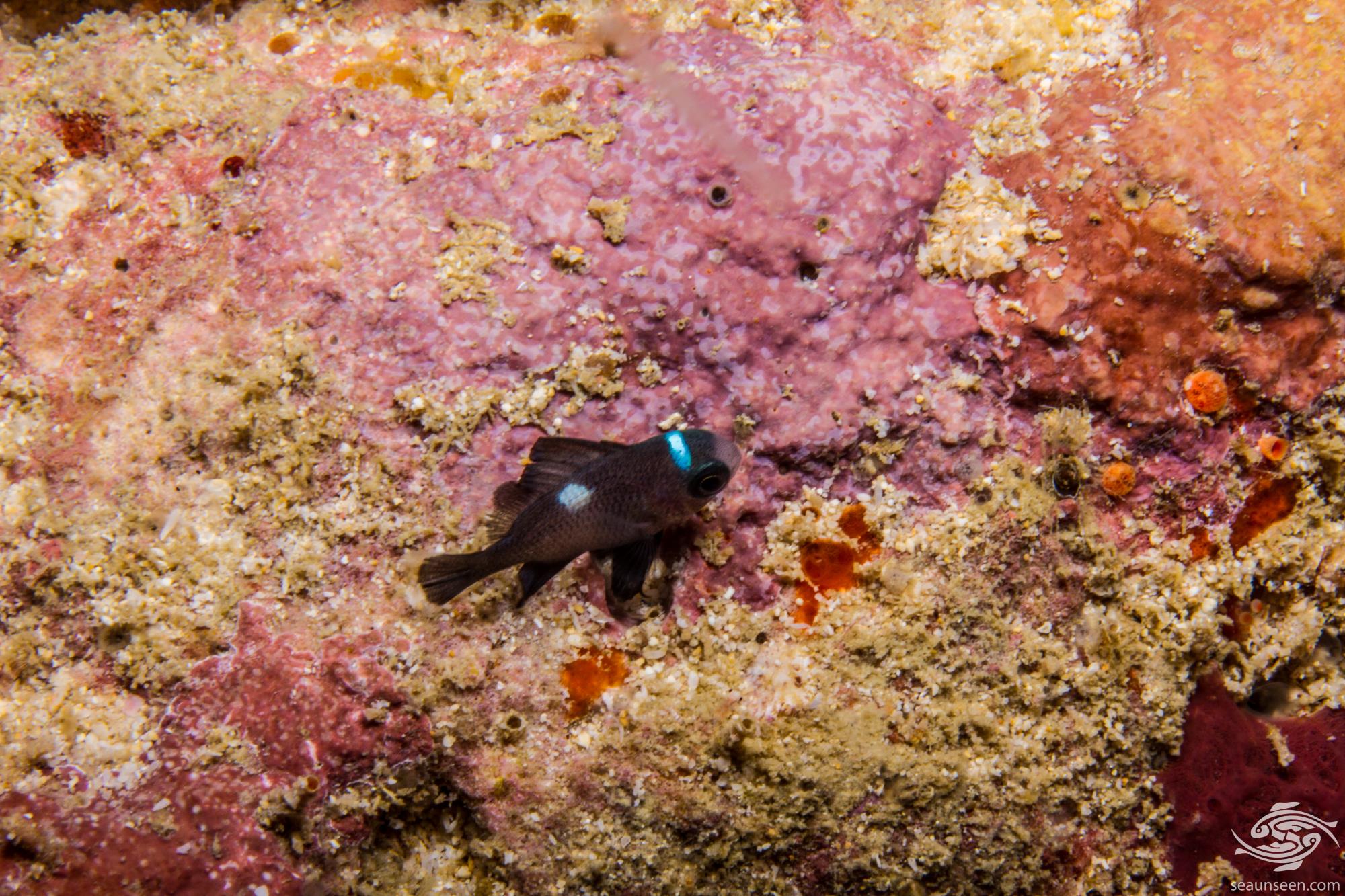 The base color varies between black in the juveniles and a dull grey with a slightly yellowed head in the adults. The juveniles have three white spots on them. These spots sometimes disappear as they age. In the image above the variation in color as the fish ages can be seen. As they age so the colors lighten from a blackish background color to a dark grey with a brown tinted nose area. When viewed sleeping at night the adults colors are darker than during the day. This seems to indicate that they have some ability to darken their colors. 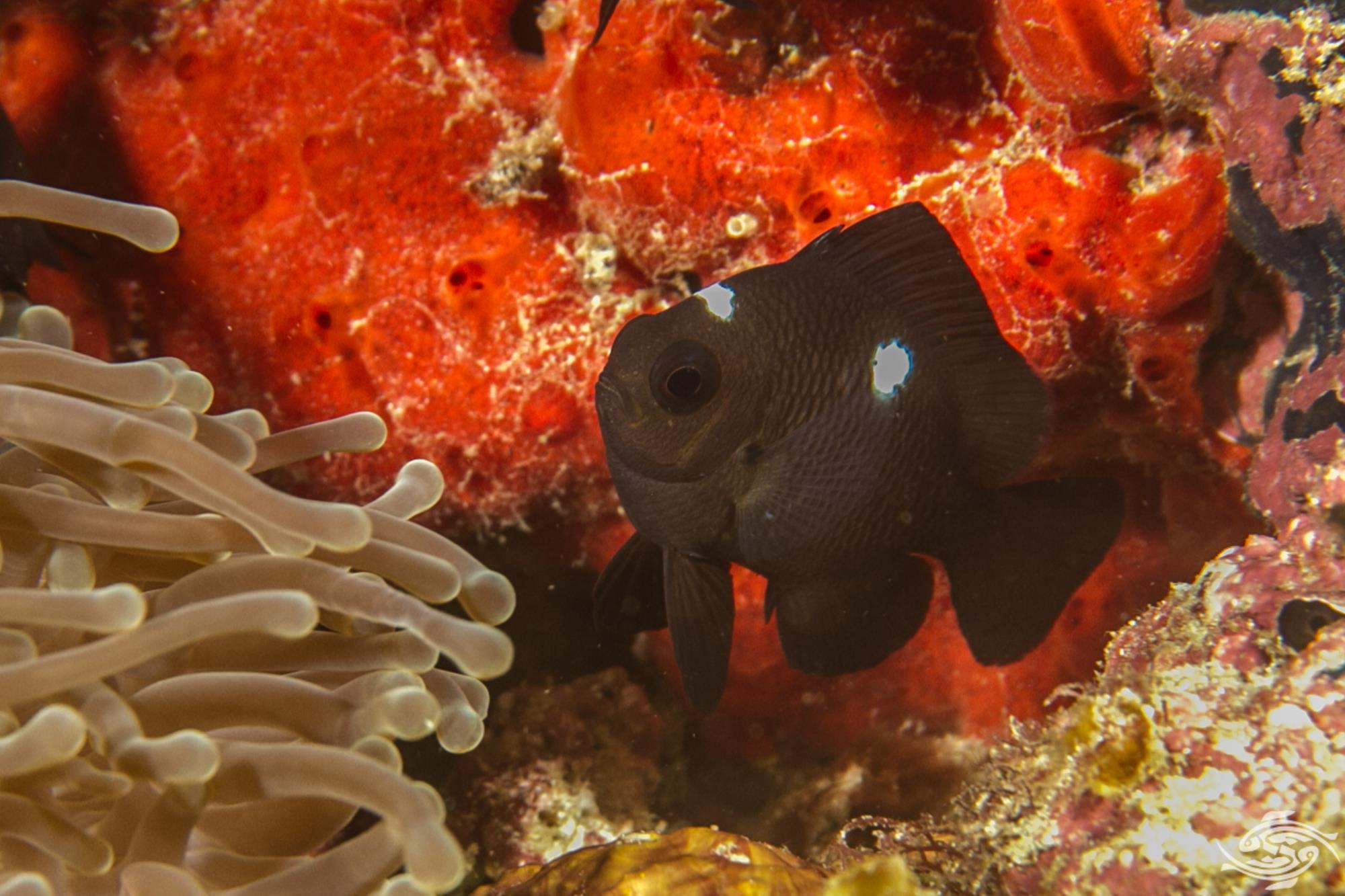 The Domino Damselfish as juveniles are usually seen in or around an anemone. In Tanzania particularly in spring, as many as thirty or forty tiny juveniles half a centimetre long can be seen hovering around and within an anemone. They seem to favor the carpet anemones or the magnificent anemones.  In Tanzania they will often share an anemone with the Allards Clownfish. The Allards clownfish do not seem to mind them if they are not breeding. If they clownfish lay eggs they usually chase the Domino Damselfish away from the anemone. At night they are usually seen sleeping either in an anemone or as they age, in the folds on the outside of the anemone. The older fish only seem to return to the anemones at night. 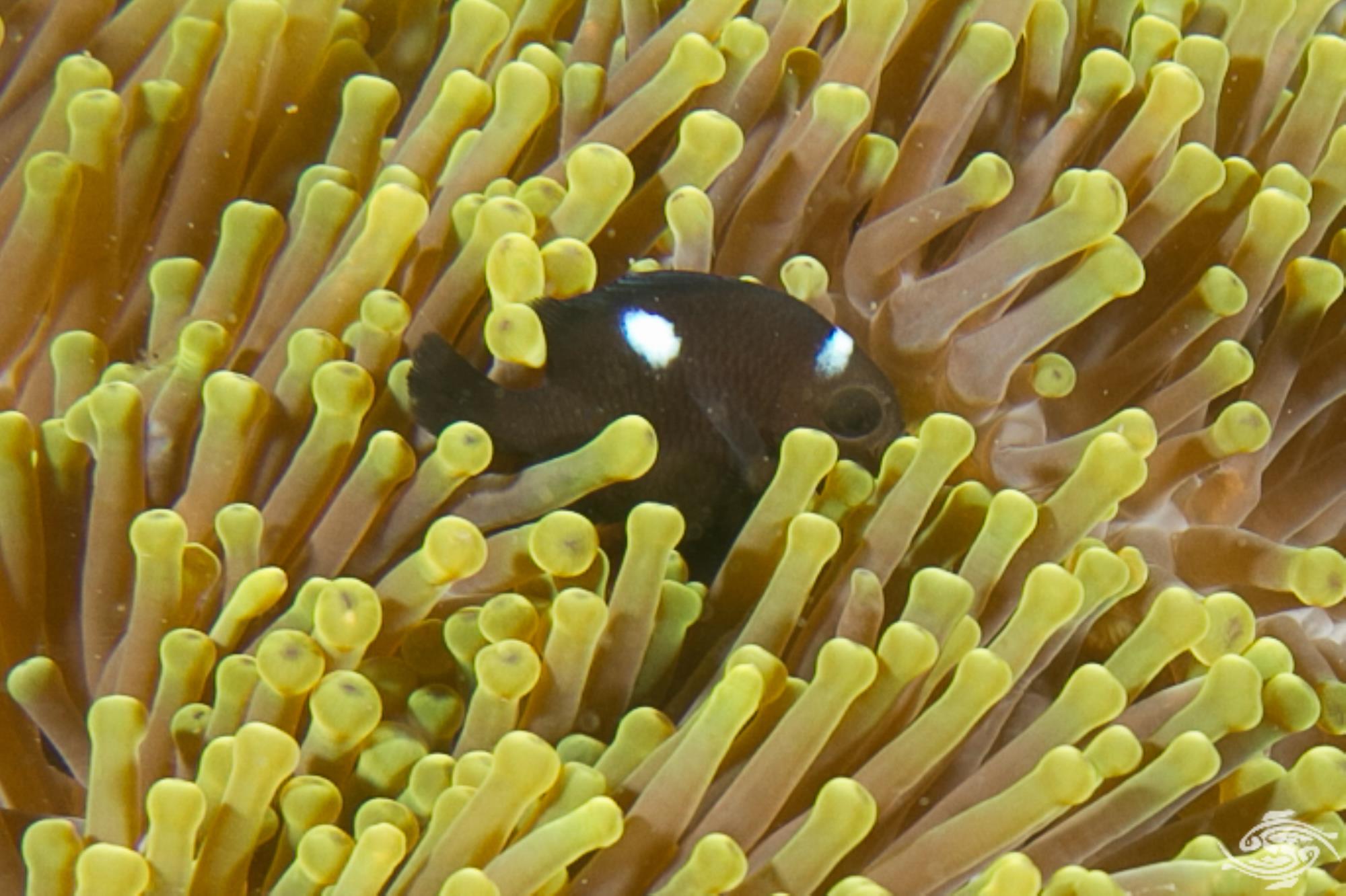 The Domino Damselfish has a fairly wide spread range and is found across the Indo West Pacific and Red Sea. 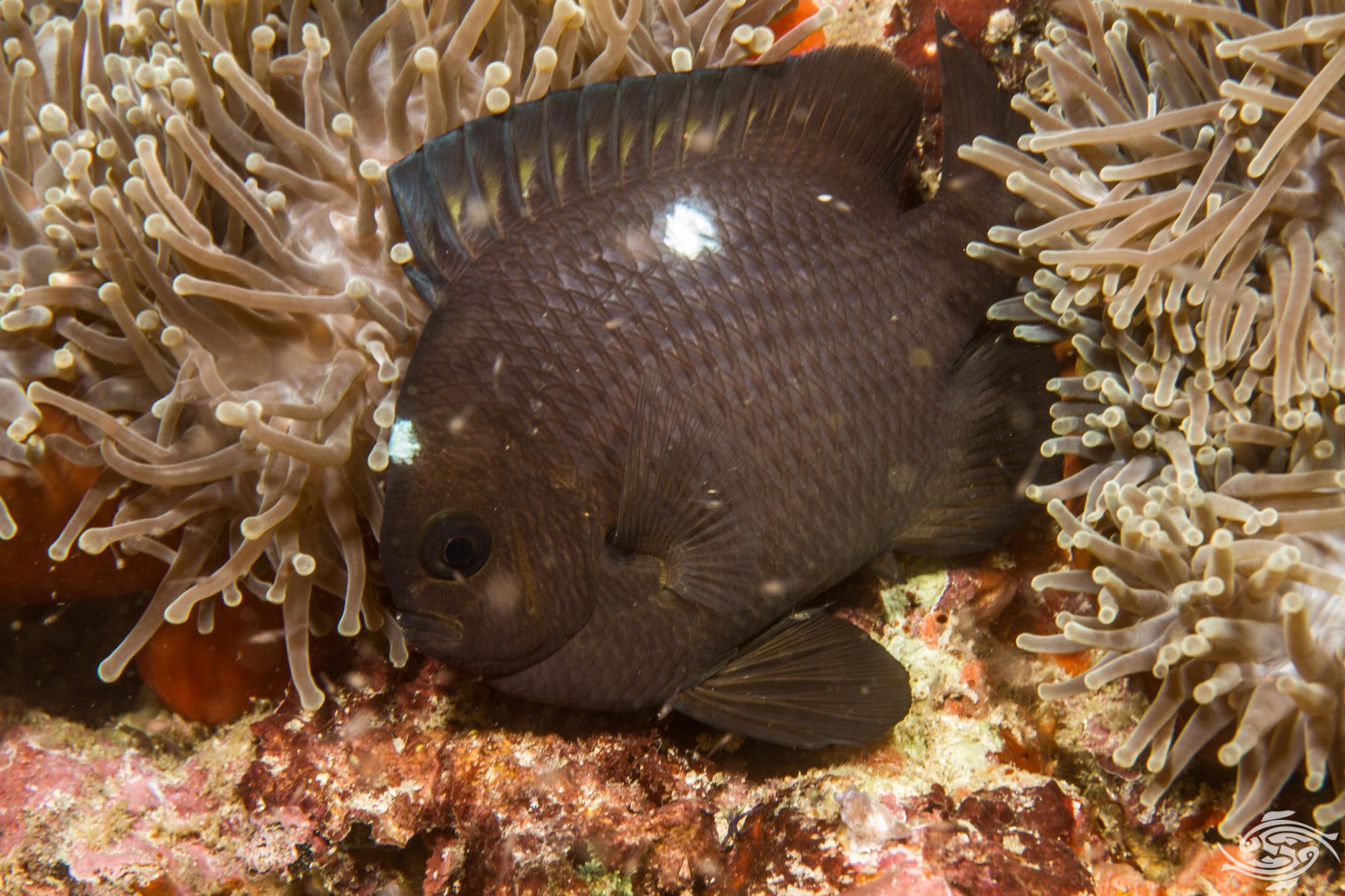 The Domino Damselfish feed on zooplankton and algae. 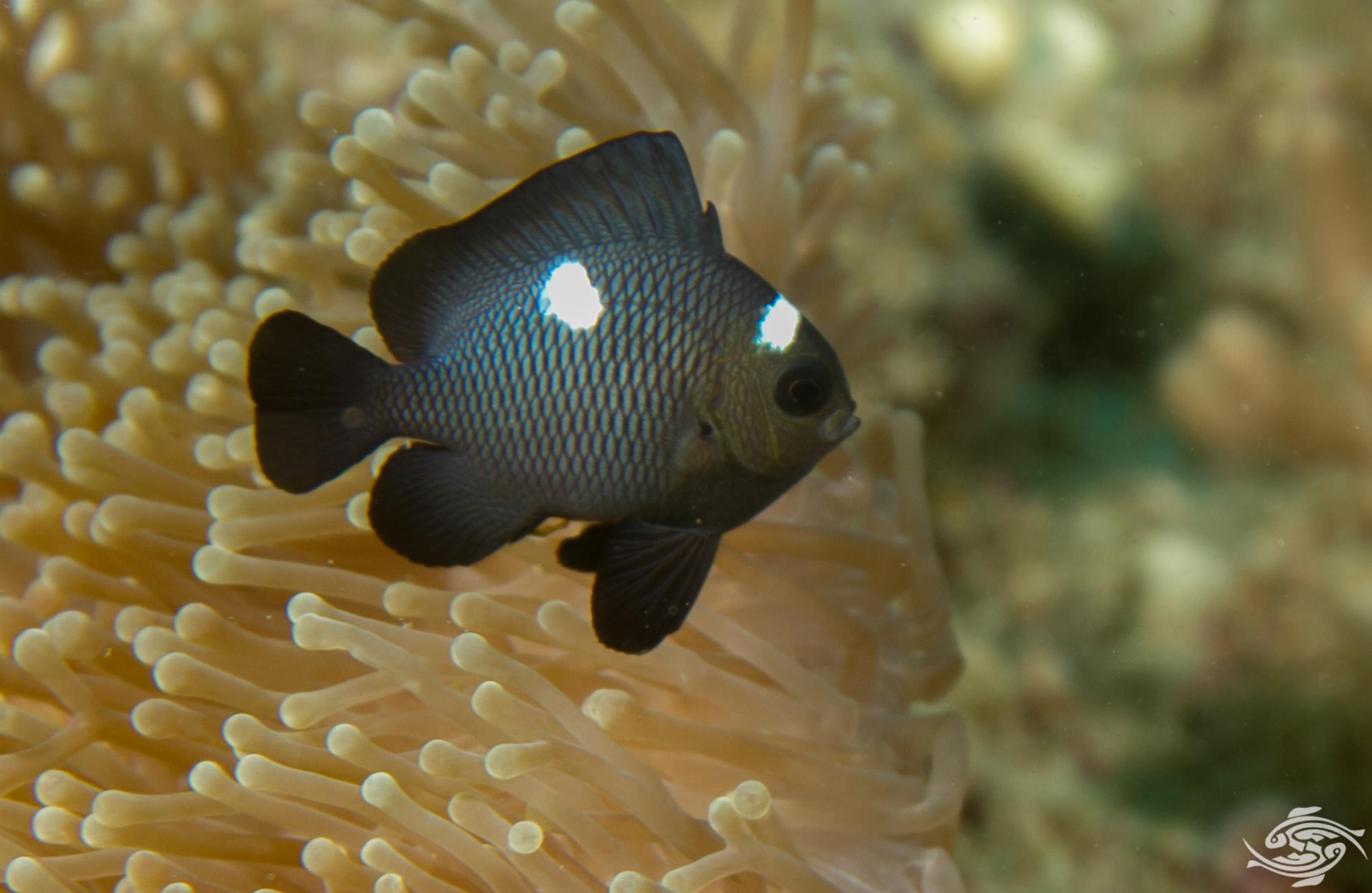 Pairing before mating has been noted and the eggs are demersal and adhere to the substrate. The male cleans a patch of rock by rubbing it with his body as can be seen below. 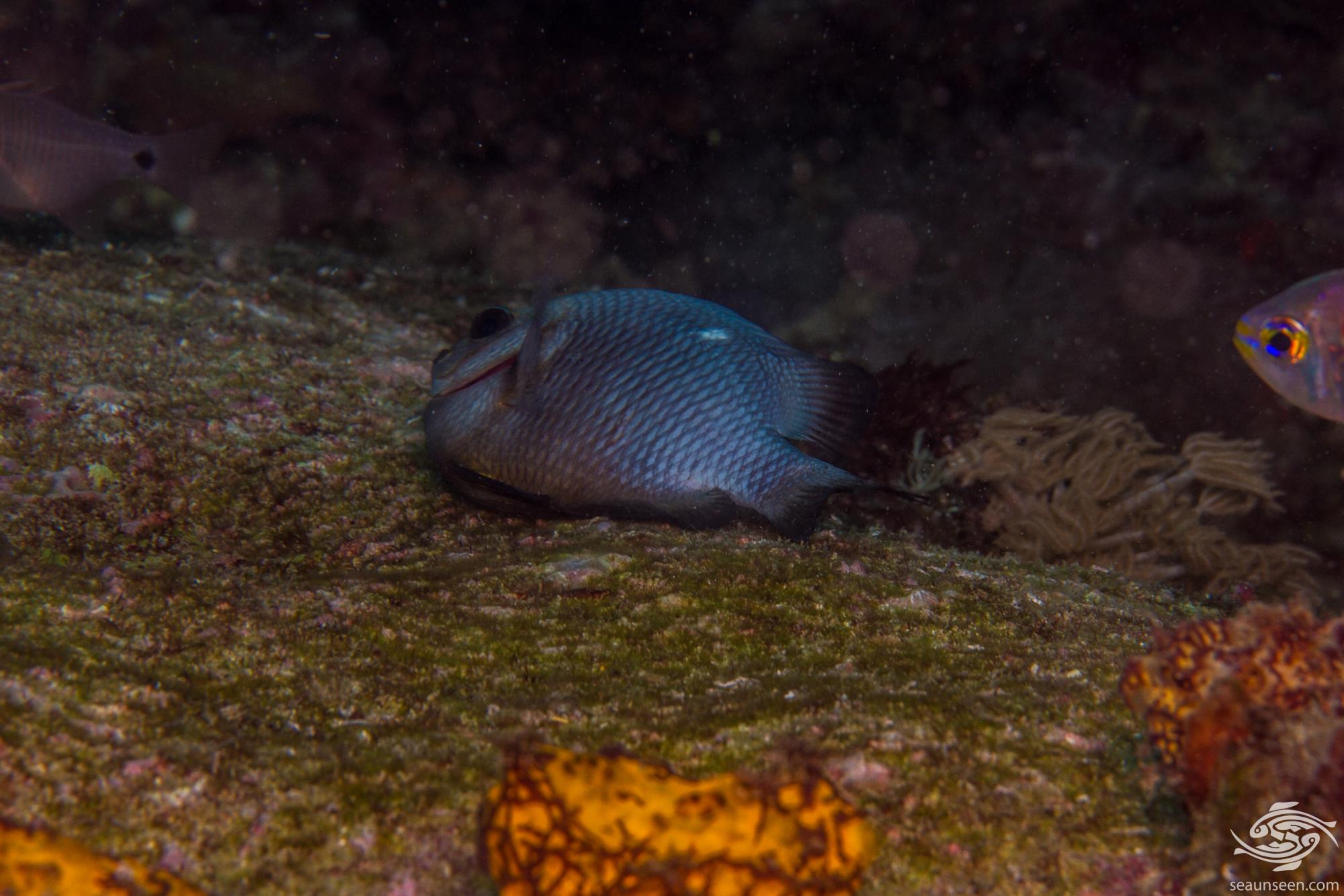 After the eggs are laid, the males guard and aerate the eggs until they hatch. 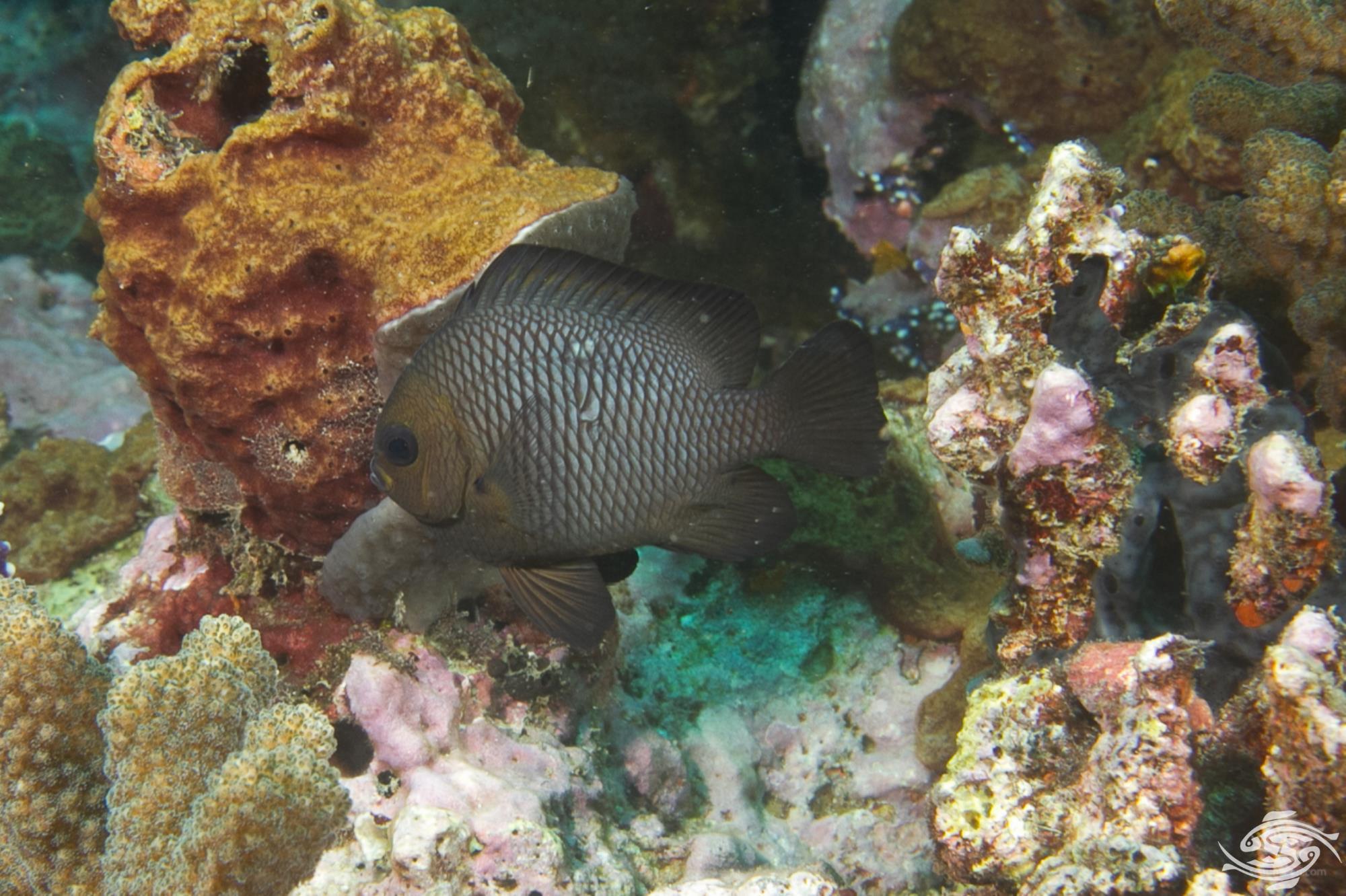 Domino Damselfish are very popular for beginners because they are extremely hardy and easy to feed. Several juveniles in a tank make an attractive addition to a tank because they will usually shoal together. On the downside as they age so they lose their contrasting coloring and the adults are somewhat dull as reef fish go. In a small crowded aquarium they may become aggressive towards other fish and this situation should be avoided. 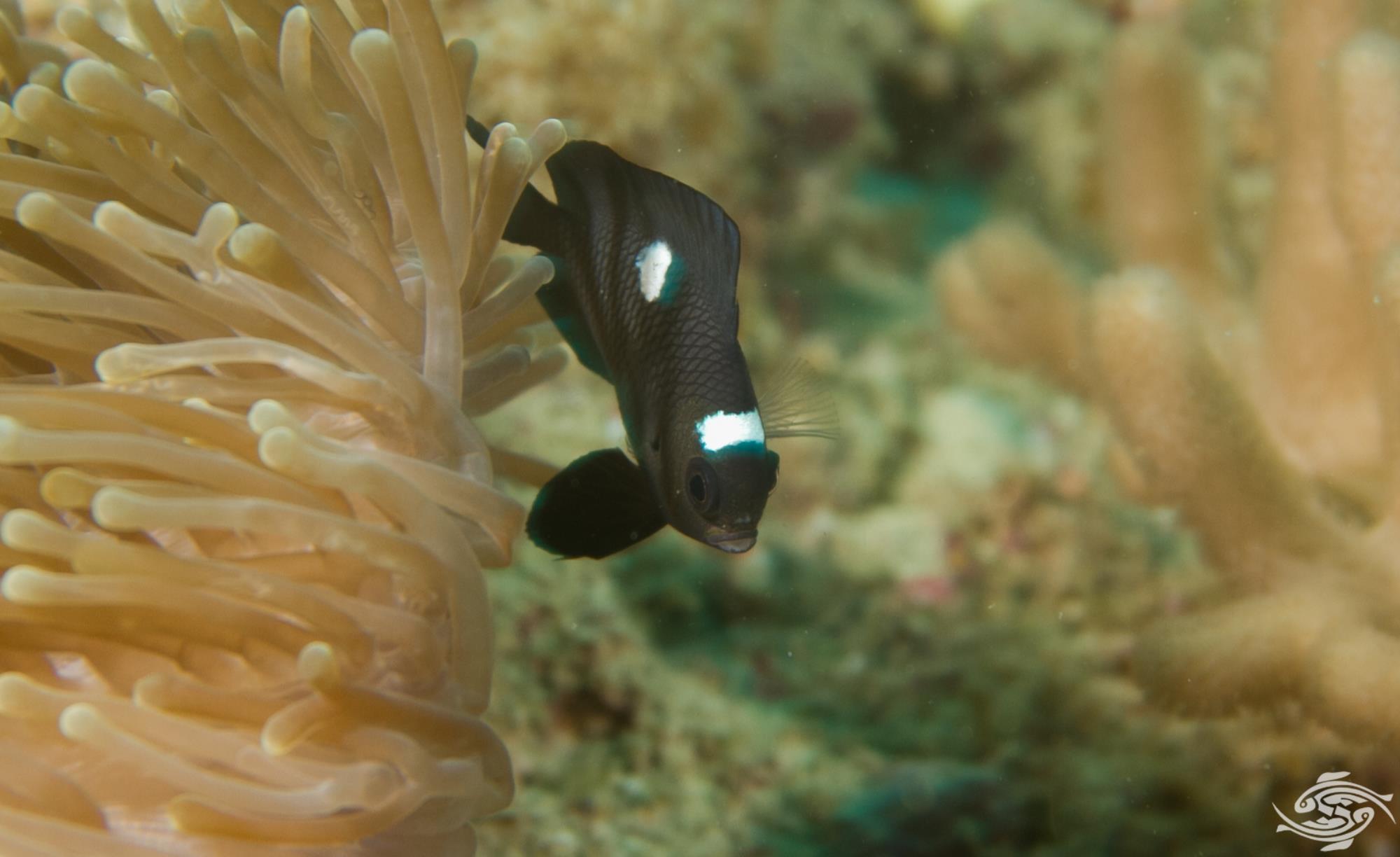