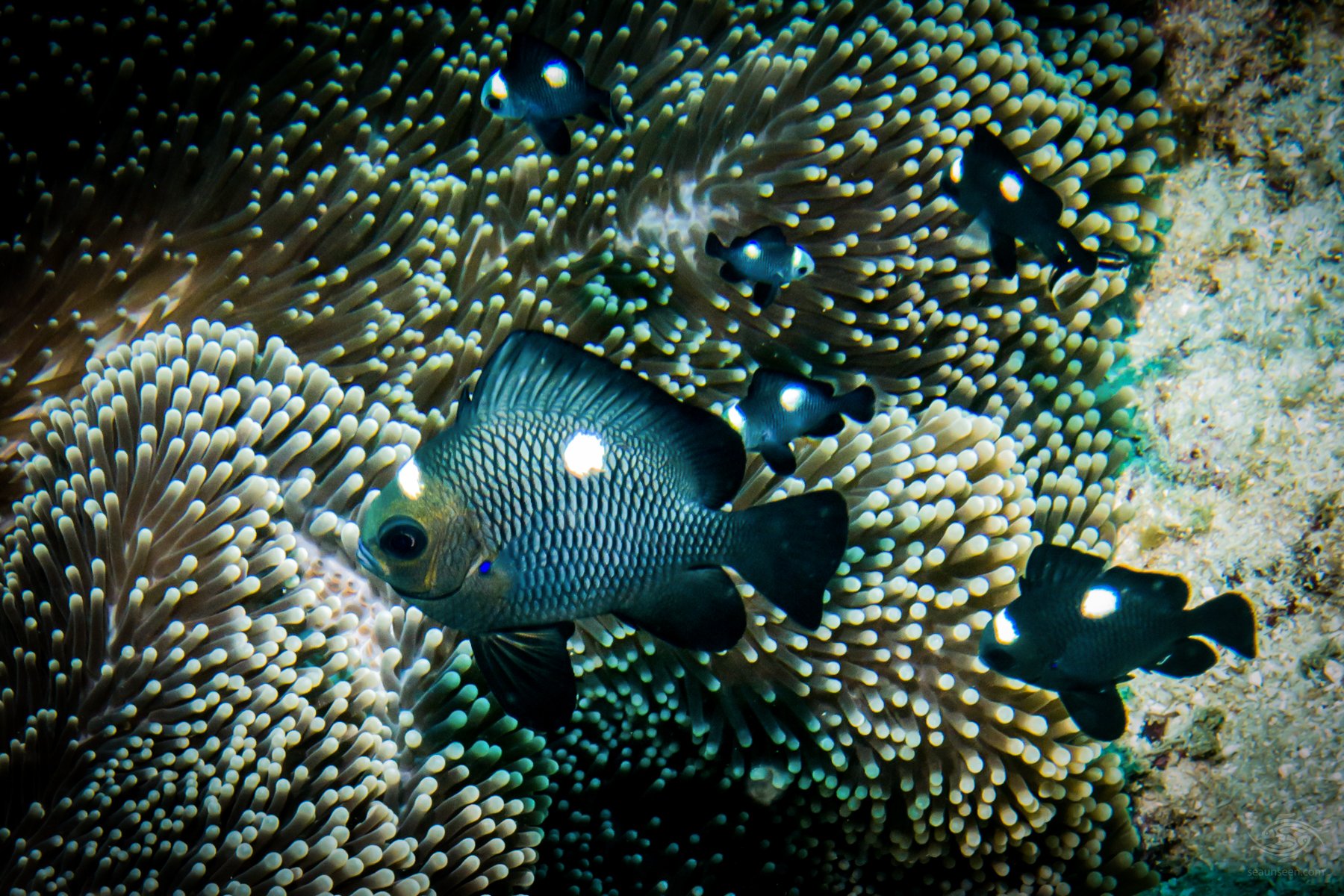 Domino damsels (Dascyllus trimaculatus) photographed while scuba diving off the coast of Dar es Salaam, Tanzania. Their grey to black bodies have two lateral white spots and one between the eyes. Generally, adults are found in small groups around coral heads or large rocks. Juveniles, like these, may be found associated with large sea anemones or sheltering between the Domino Damsels spines of diadema sea urchins or branching corals.