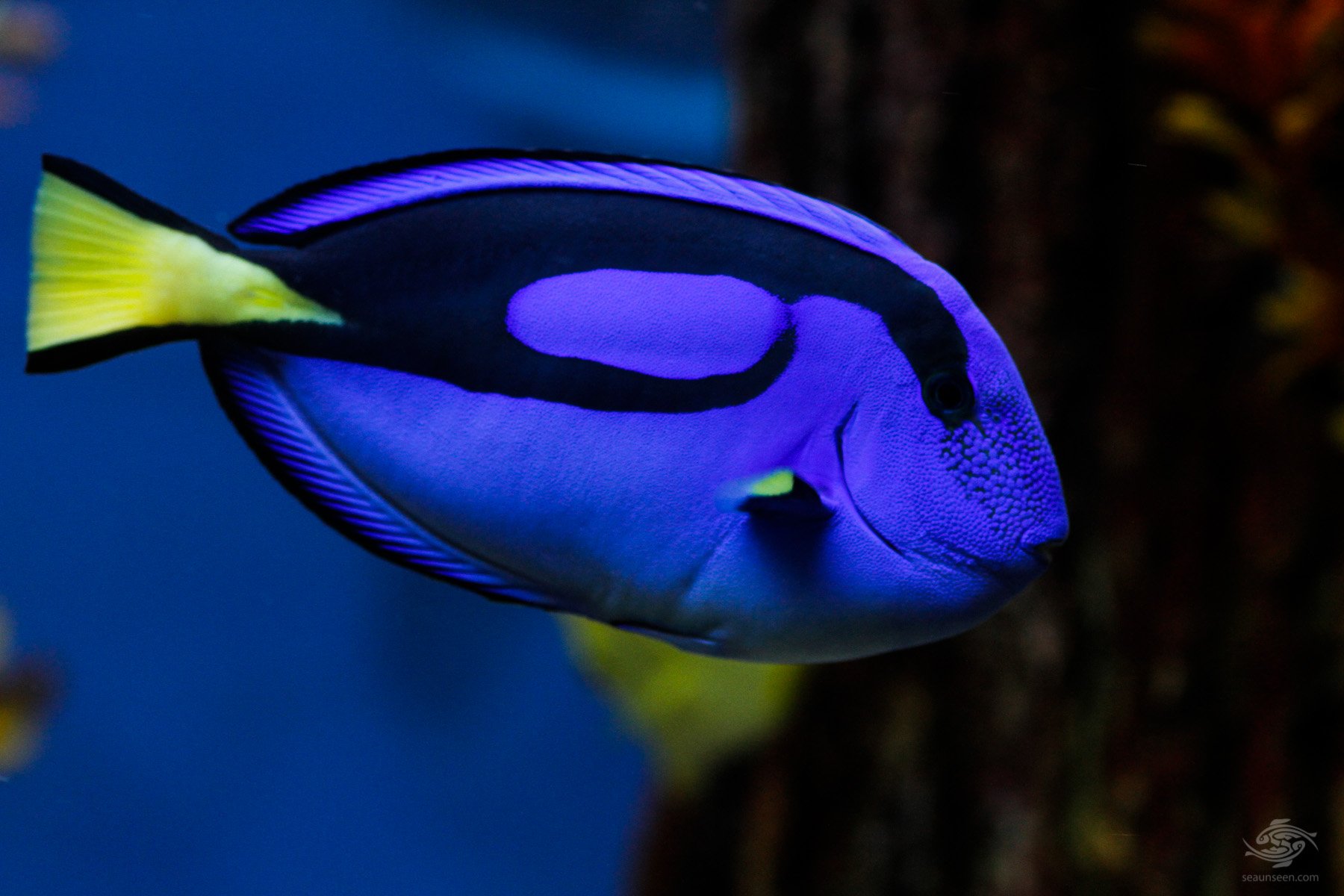 Paracanthus hepatus, perhaps better known to many millions of people as Dory in the Disney Pixar films Finding Nemo and its sequel Finding Dory, is also known as a regal tang, a blue tang, palette surgeon fish, royal blue tang, flag tail surgeon fish and a blue surgeon fish, depending on which part of the world one is in.

They are found across the Indo Pacific area, but nowhere are they common. They are mainly seen individually and sometimes in pairs and small groups, growing up to 12 inches (30 cm). Because of their looks they are very popular in salt water aquariums but they are fragile and require live algae to maintain their health. The juveniles start off eating plankton and as they age so they move onto algae playing an important role in the health of a reef, preventing algae from over growing coral.

Despite their stunning vivid colors which they have the ability to adjust from a deep blue to a purple, they also have the ability to make themselves semi transparent when in a dark space or dangerous situation, thereby blending in with the environment. As with other members of the tang or surgeonfish families they have a blade concealed just in front of the tail in the caudal peduncle which they can raise when threatened.