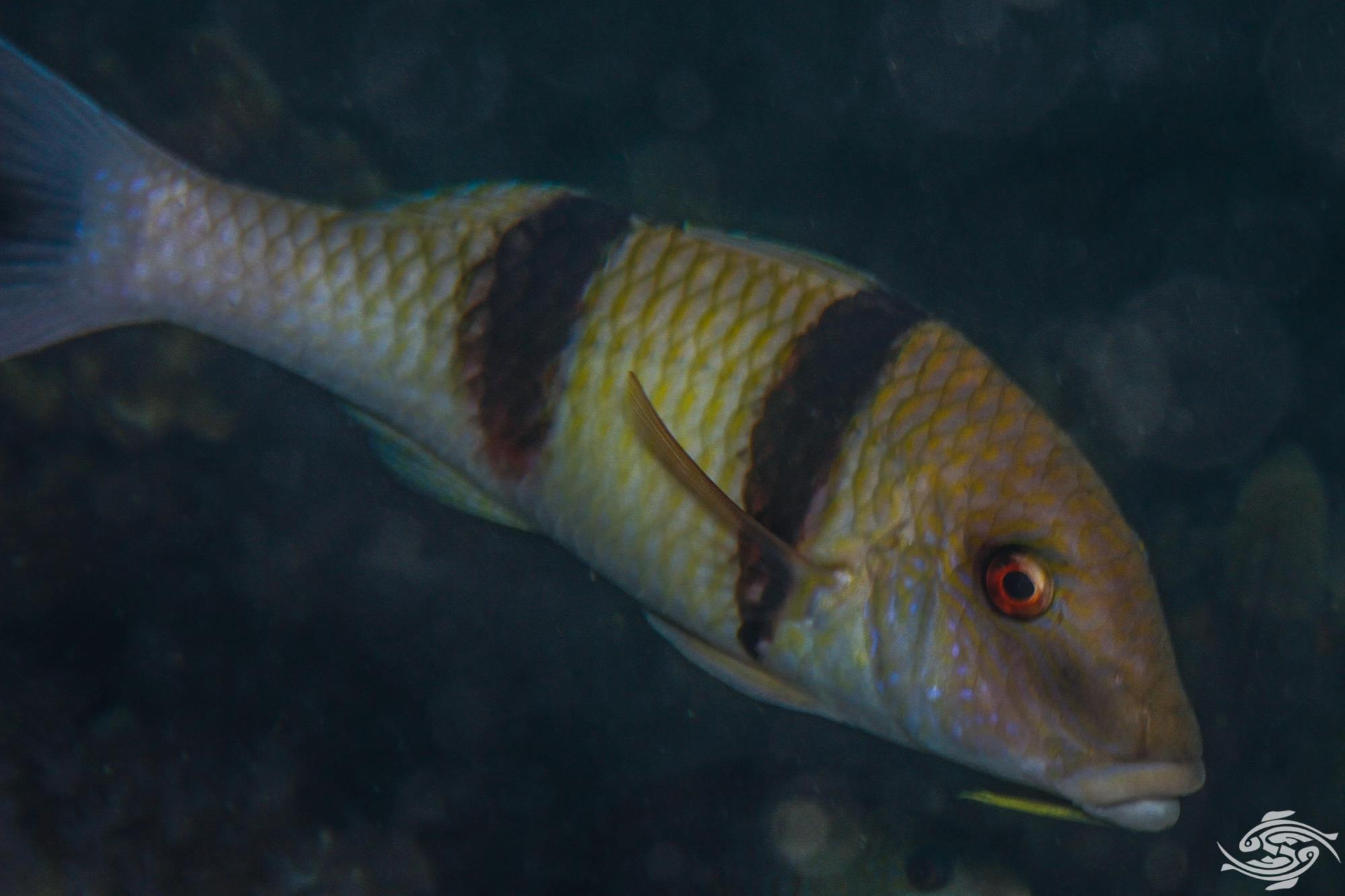 The Doublebar Goatfish (Parupeneus trifasciatus) is not common in Tanzanian waters but neither is it rare. Goatfish all have a pair of retractable barbels or feelers that have chemo sensory organs in them to detect prey. They all have proportionally long bodies with a deeply forked tail. 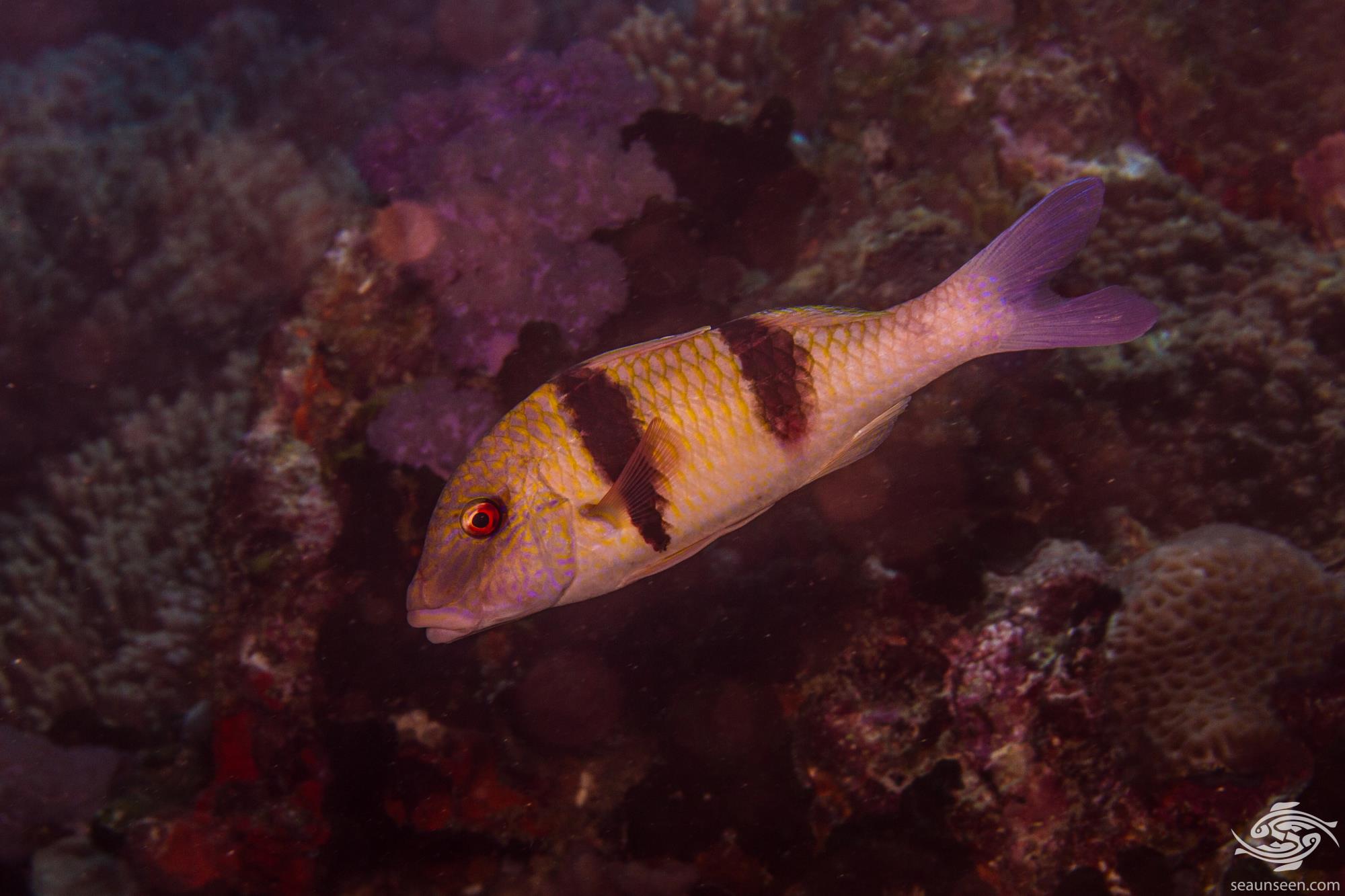 The Doublebar Goatfish has a typical goatfish shaped body. Their background colouration is a silver white color and the scales are edged in yellow. Two vertical black bars run down the body.  Because of the twin bars they are quite distinctive. They grow up to 35 cm. 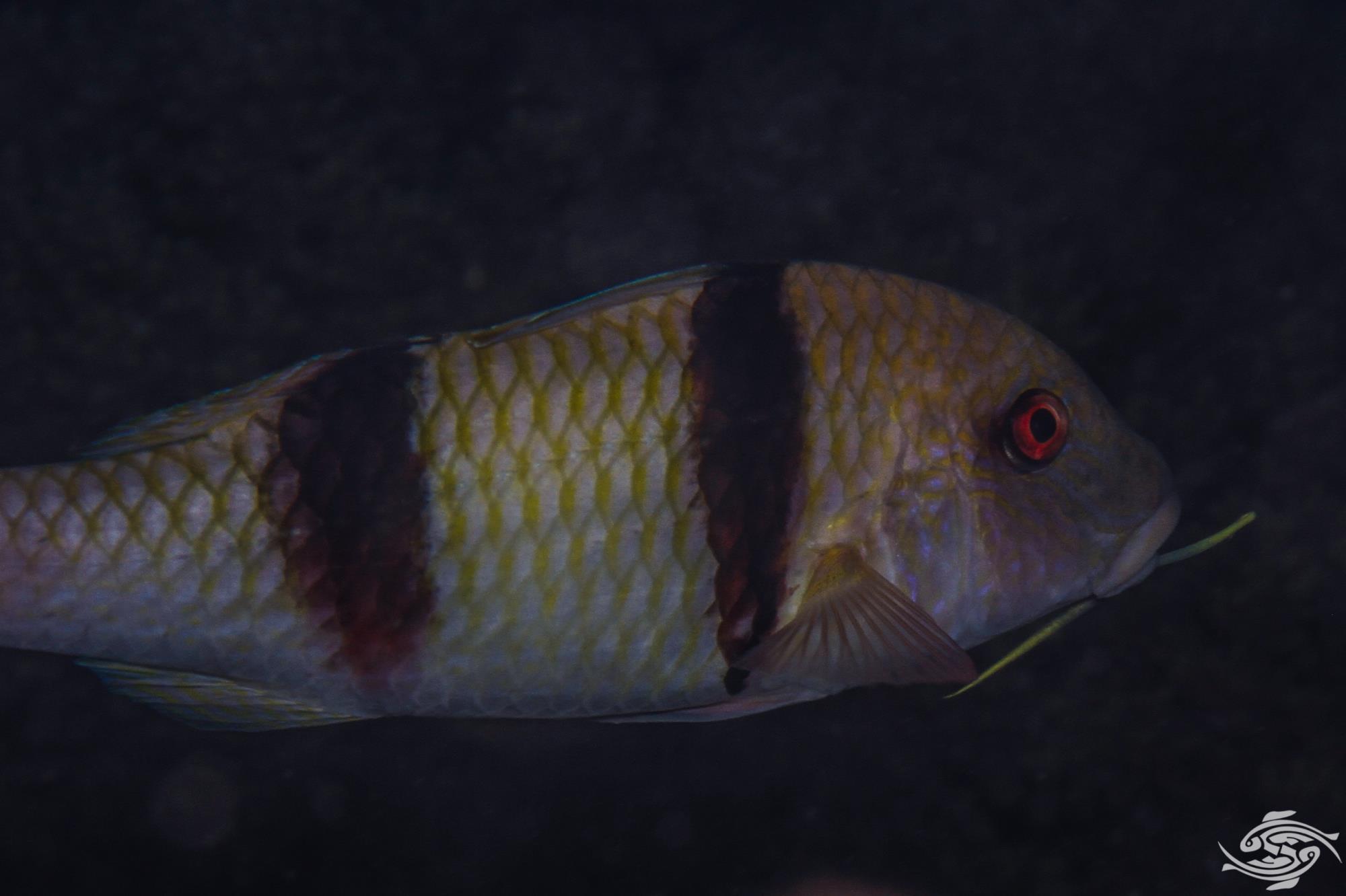 DOUBLEBAR GOATFISH IN THE WILD

The Doublebar Goatfish is  usually seen from  12 to 20 meters on seaward reefs but sometimes they are seen a little shallower. They are usually in seen singularly but sometimes in pairs with groups of Wrasses, juvenile Parrotfish, Kingfish as well as Goldsaddle goatfish. These groups feed across the top of the reef and the numbers provide safety.

They usually swim low in the water table close to the bottom. At night they can be seen resting on the reef and are almost always solitary at this time. 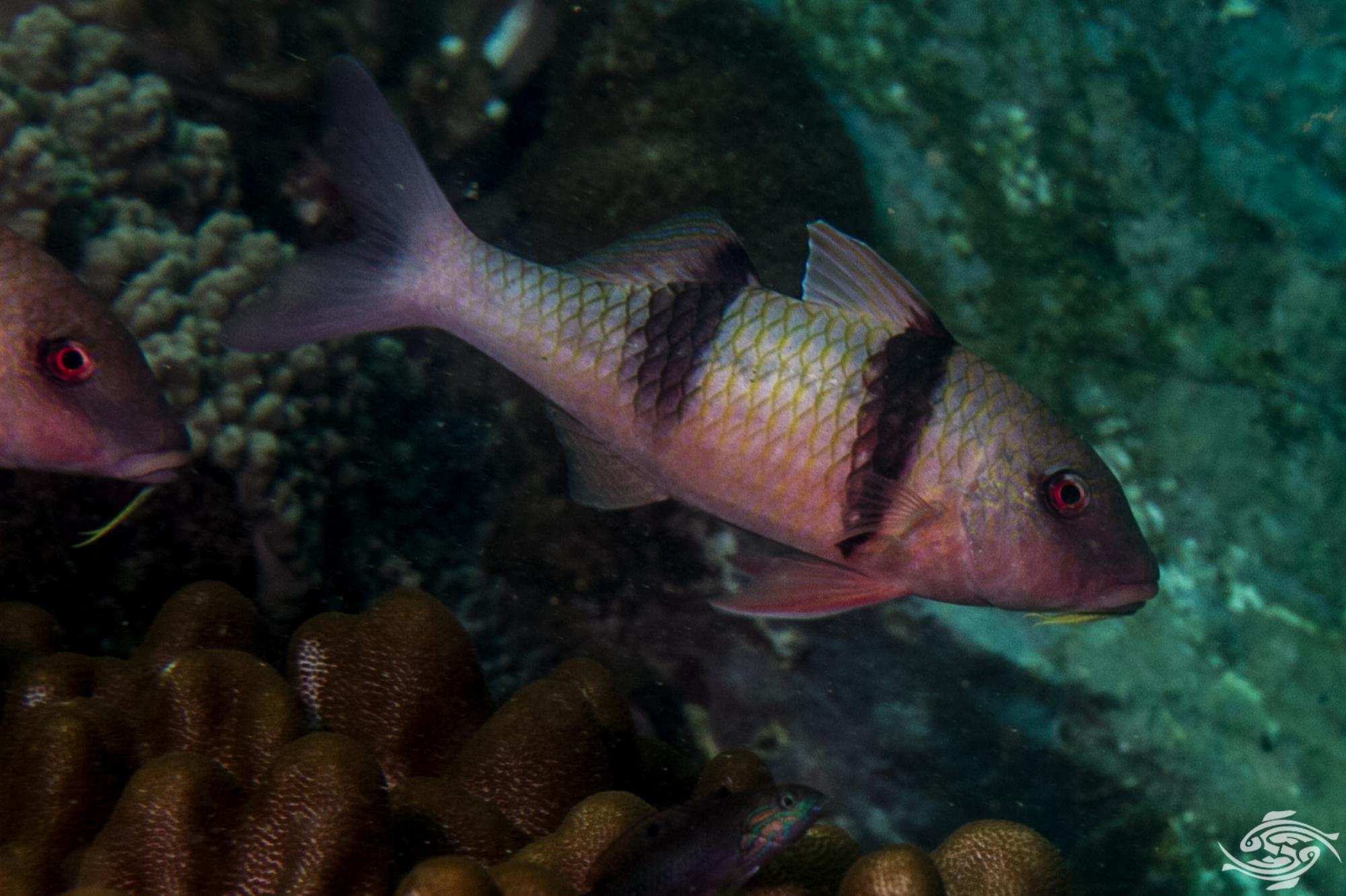 The Doublebar Goatfish is found across the Indo western Pacific  Ocean. 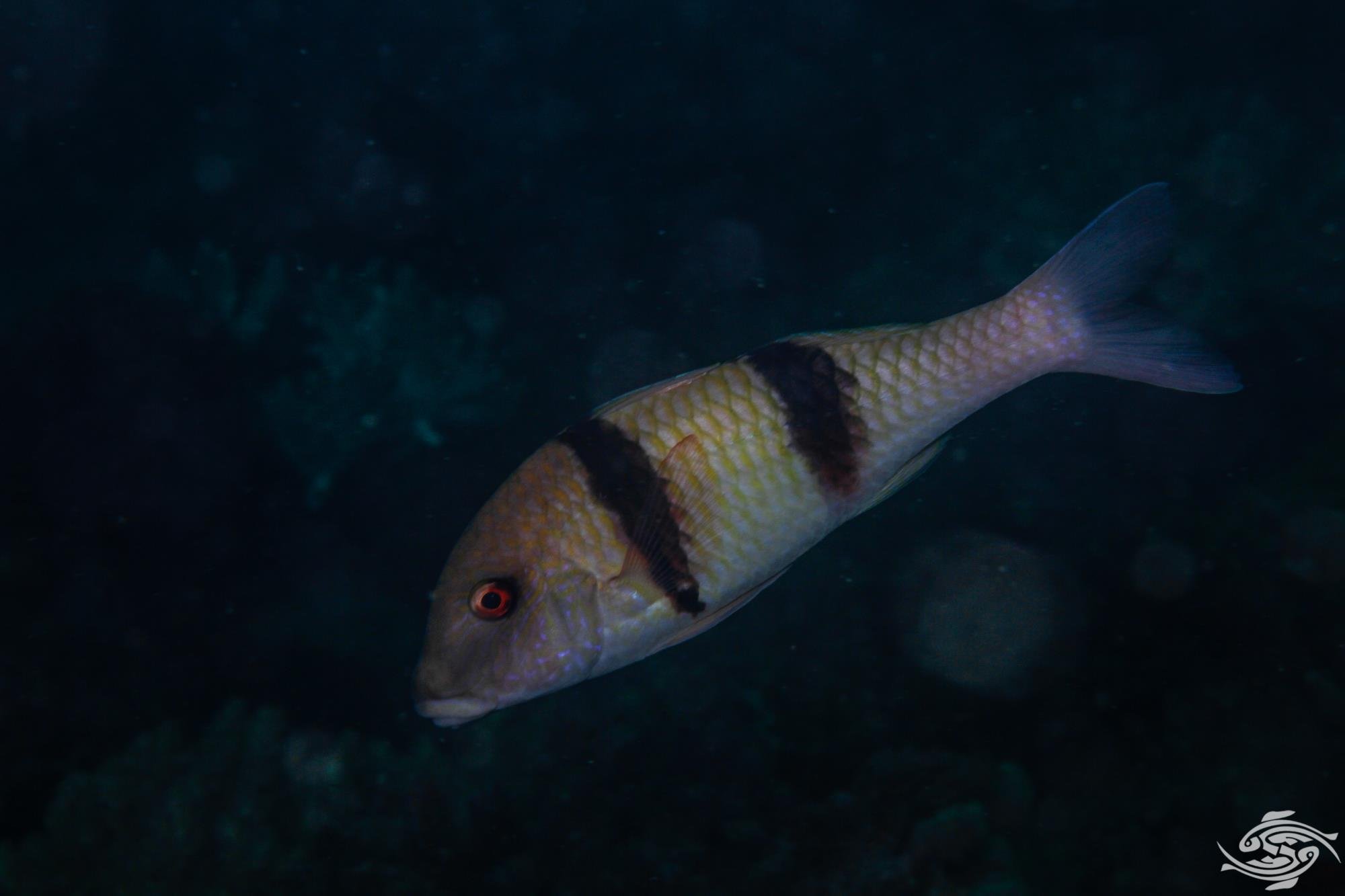 The Doublebar Goatfish feed on crustaceans and worms which they flush from their hiding places with their long barbels. Once they begin searching an area the comb it quite meticulously with their barbels. The barbels are very prehensile and they have a large degree of control over them. Both seem to operate independently and if they allow one to get close while feeding, it is quite interesting to watch them. 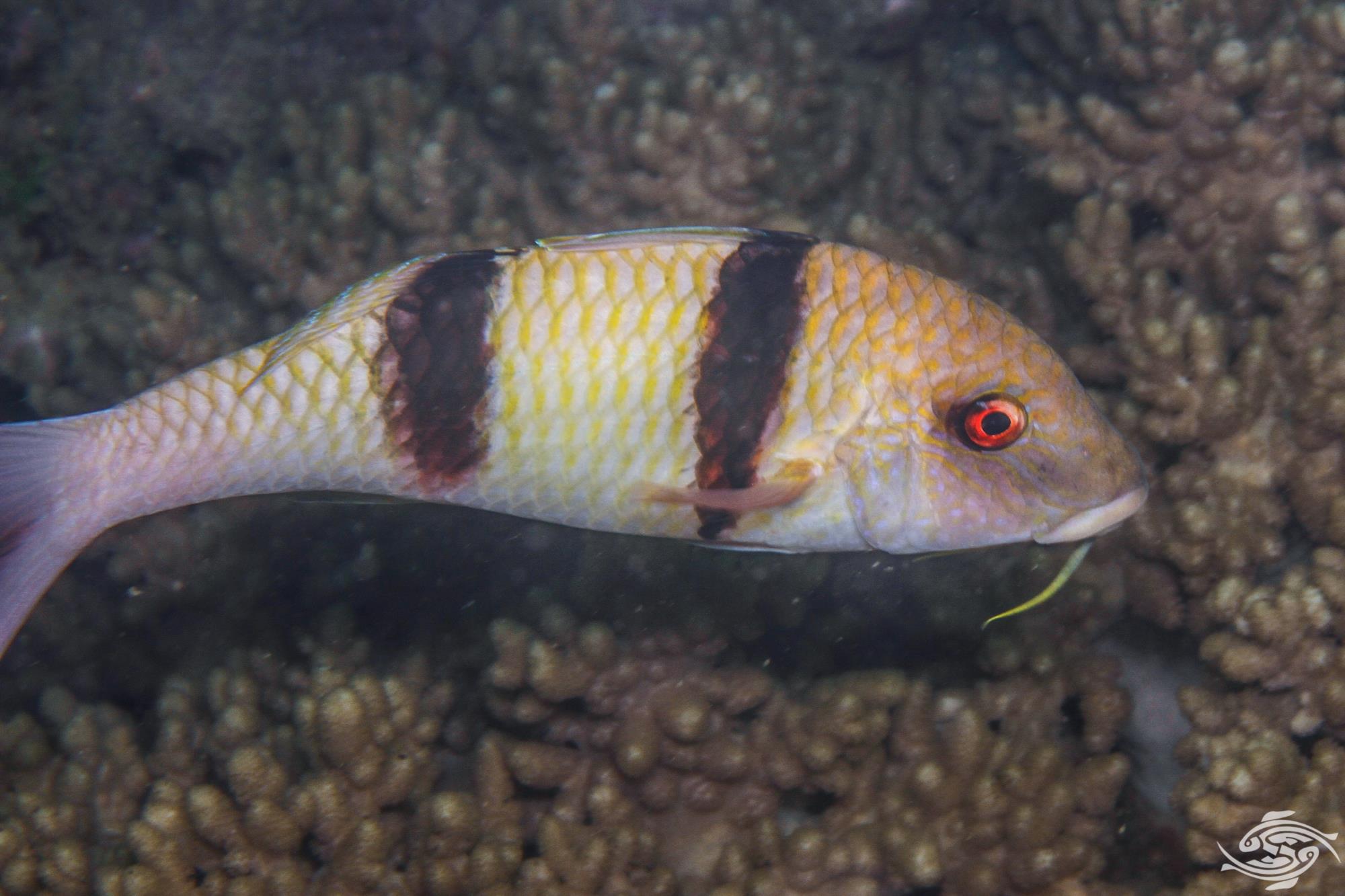 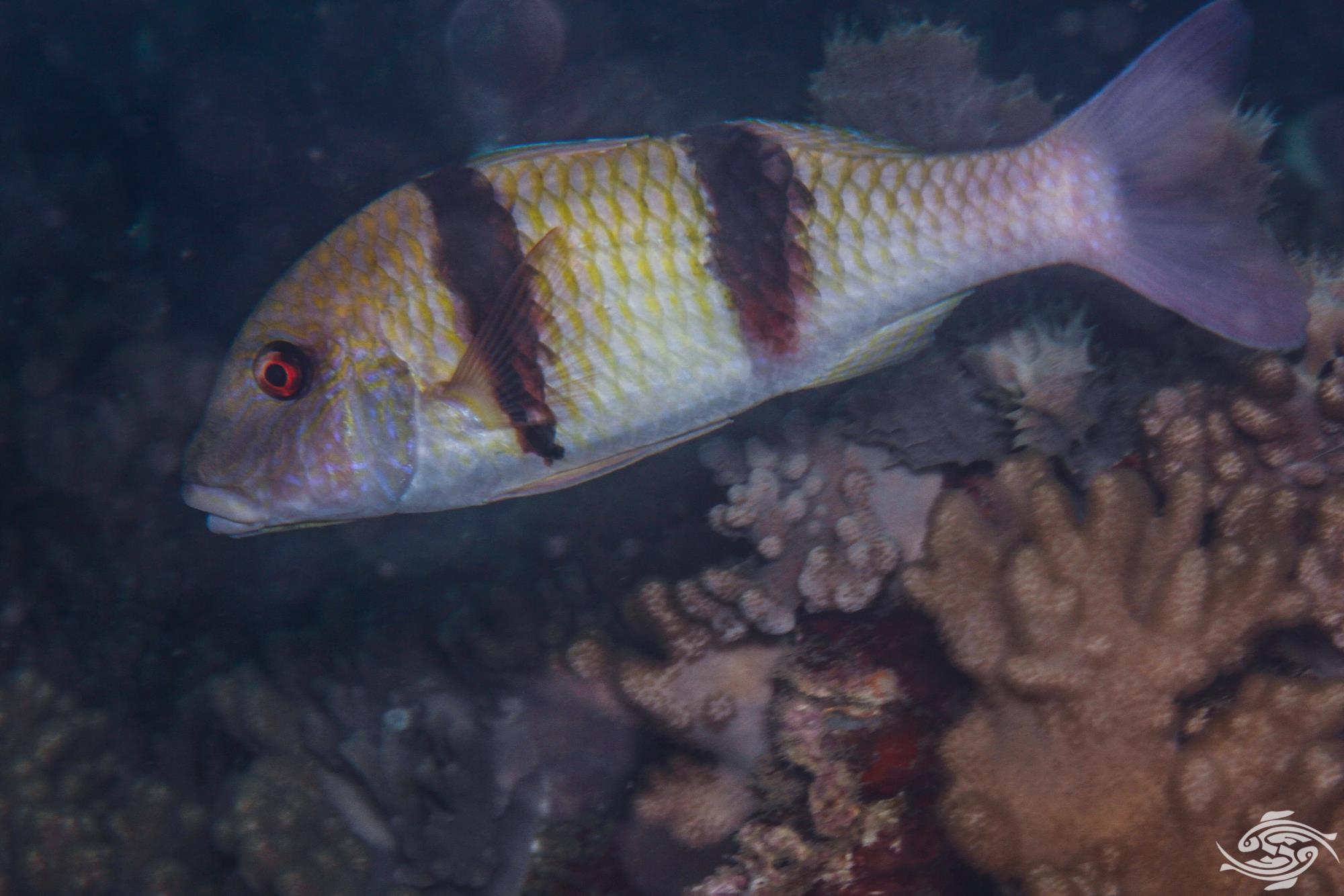 Doublebar Goatfish are not commonly kept in aquariums and their potential size of 35 cm coupled with their diet of small crustaceans and worms means that they are not for everyone.  A large tank with large tank mates is therefore a prerequisite. Because of their tendency to root around they are not suitable for reef tanks and rocks should be well anchored. 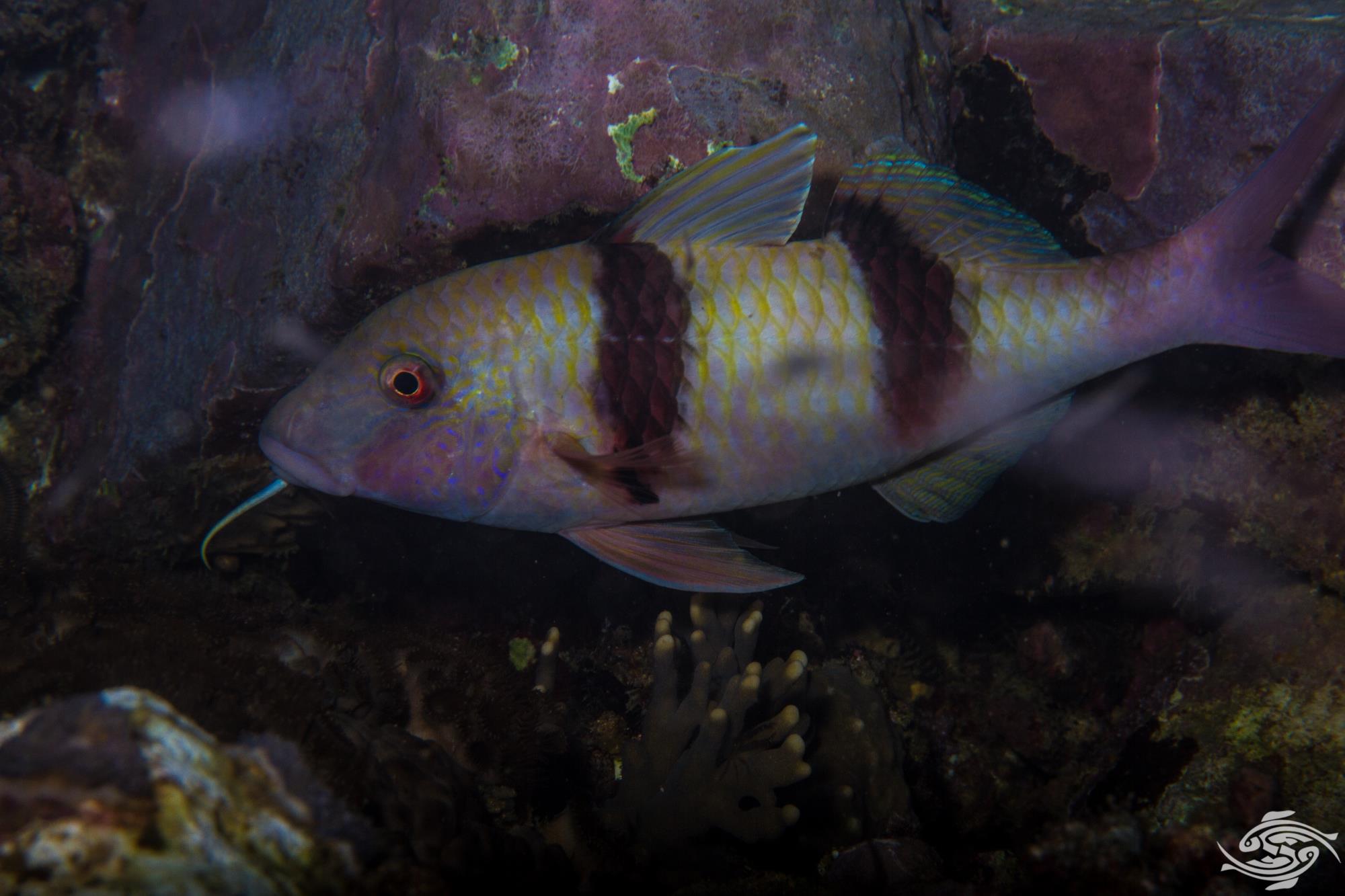 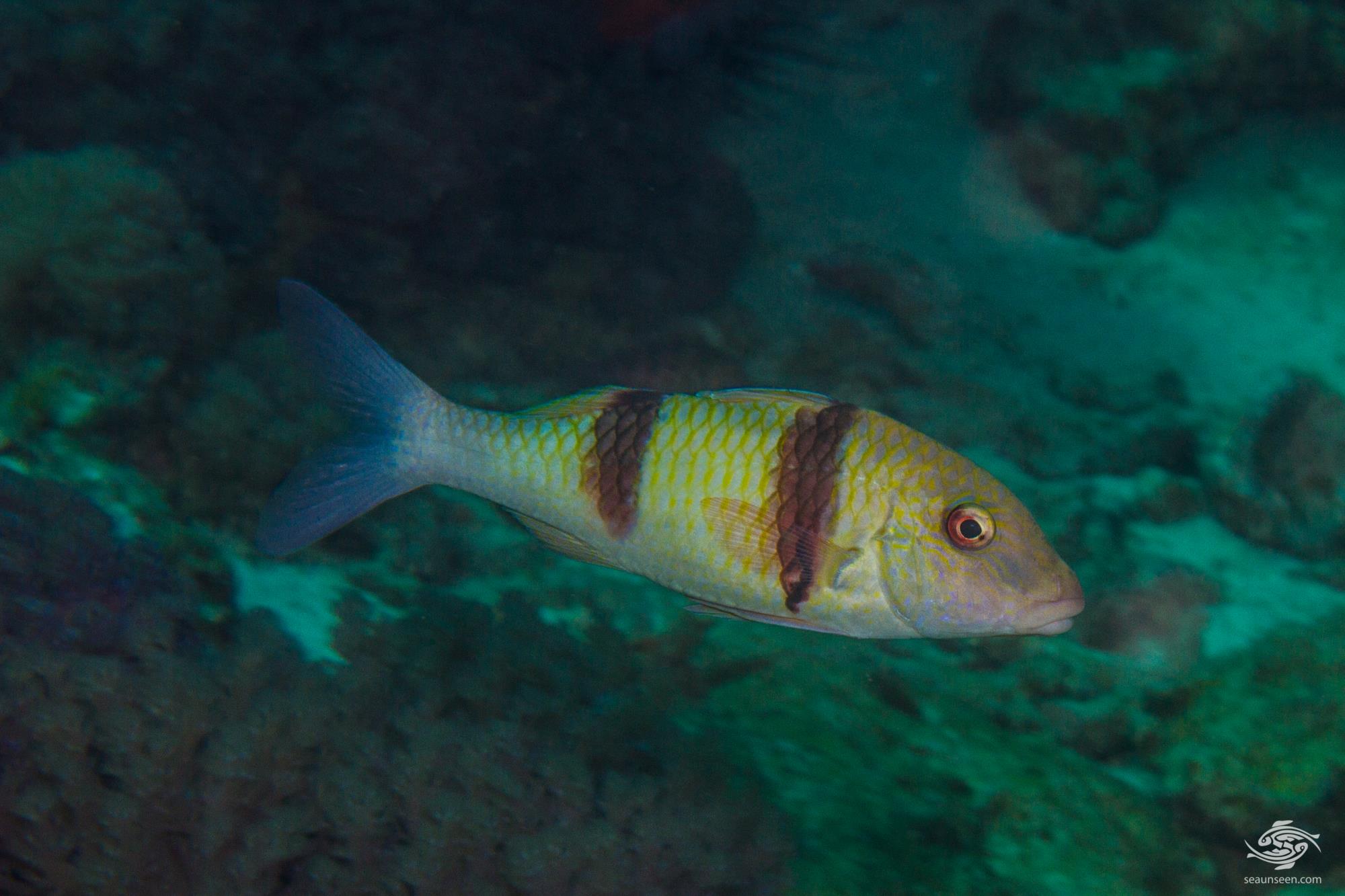