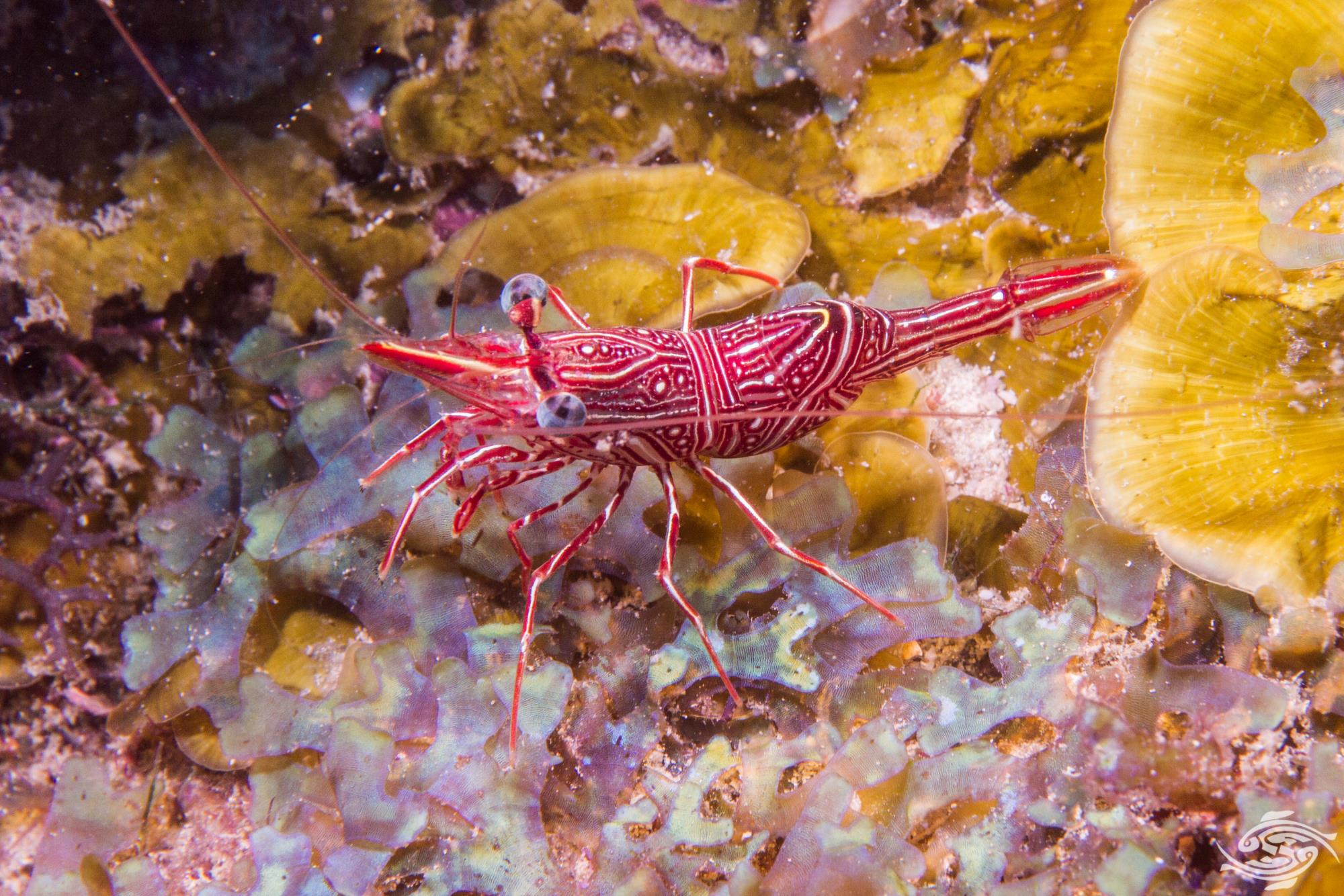 The Durban Dancing Shrimp (Rhynchocinetes durbanensis) is also known as the camel shrimp, camelback shrimp, candy shrimp and the hingebeak prawn.  They obtain the dancing part of their  name from the sideways movement that they perform, usually at night. As can be seen they have a distinctive hump on the back and their beak which protrudes forward is hinged. The beak is usually in an upright position. 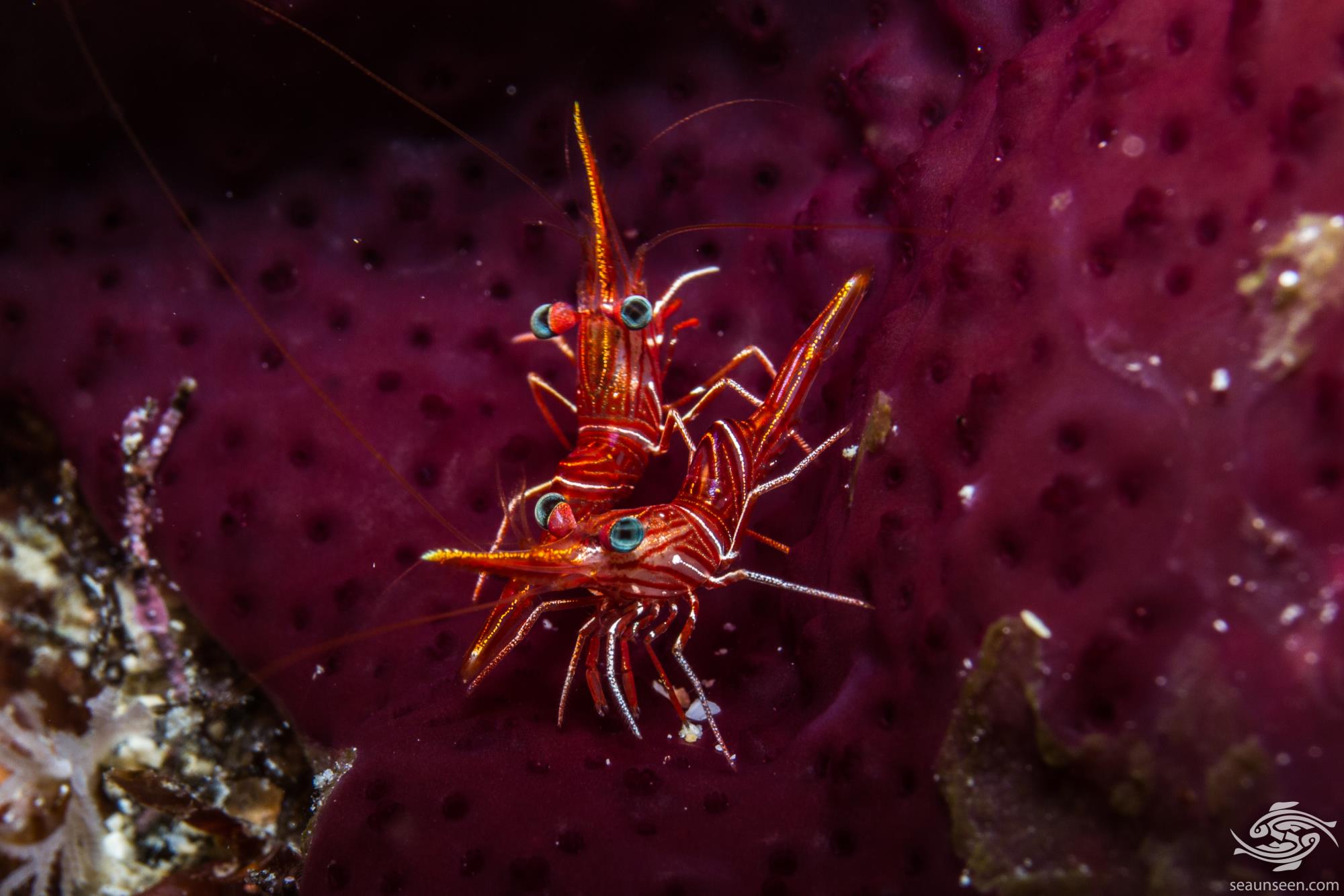 The Durban Dancing Shrimp has a humped body which has a red background colour. The legs have white lines running down them and the body is covered in an intricate pattern of white lines and dots. As can be seen in the images, the eyes are on red stalks and are predominantely blue in colour with black dots. The rostrum or beakwhich protrudes forward is red with a narrow yellow line running across the top. The rostrum is capable of being moved. They grow up to 4 cm in length. 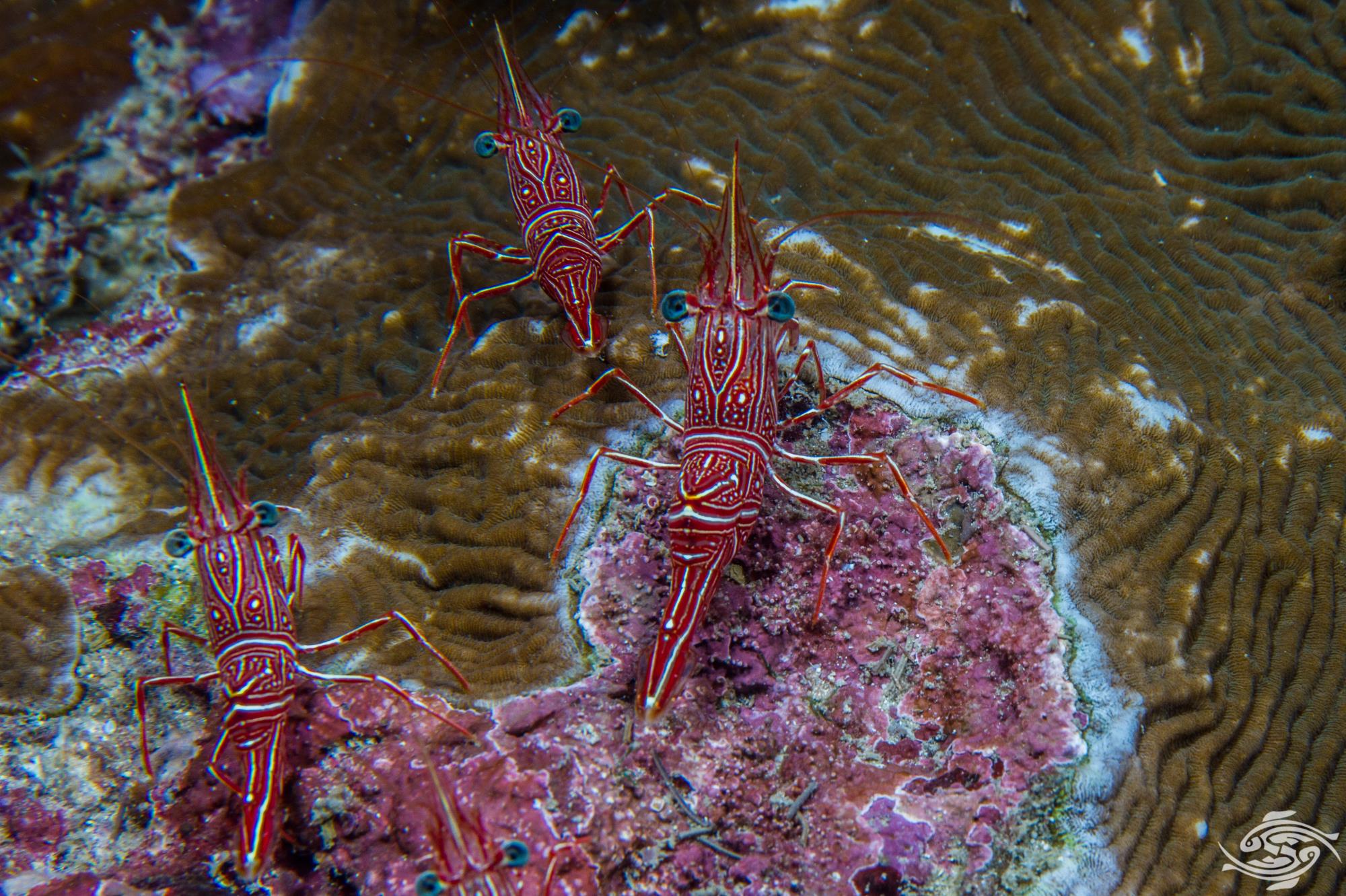 They are often found in large aggregations, sometimes up to several hundred. They prefer overhangs and spots with narrow entrances. In Tanzania on the Slemmestadt wreck in the remains of compartments within the hull, which are not accesible, but can be seen into through narrow cracks, several hundred of these shrimps can be seen on a night dive.

Although they are primarily nocturnal feeders they are seen out in the open in some areas during the day but this is rare. The images in the post were taken on Pinnacle , a dive site in Dar es Salaam during the day. The top of the rock has a hole some four feet long and two feet wide in it, surrounded by overhangs. There are usually a hundred odd of these shrimps sitting on the bottom of the hole during the day out in the open. At night they can be seen all over the large rock and only seem to venture out of their safe spot at night. 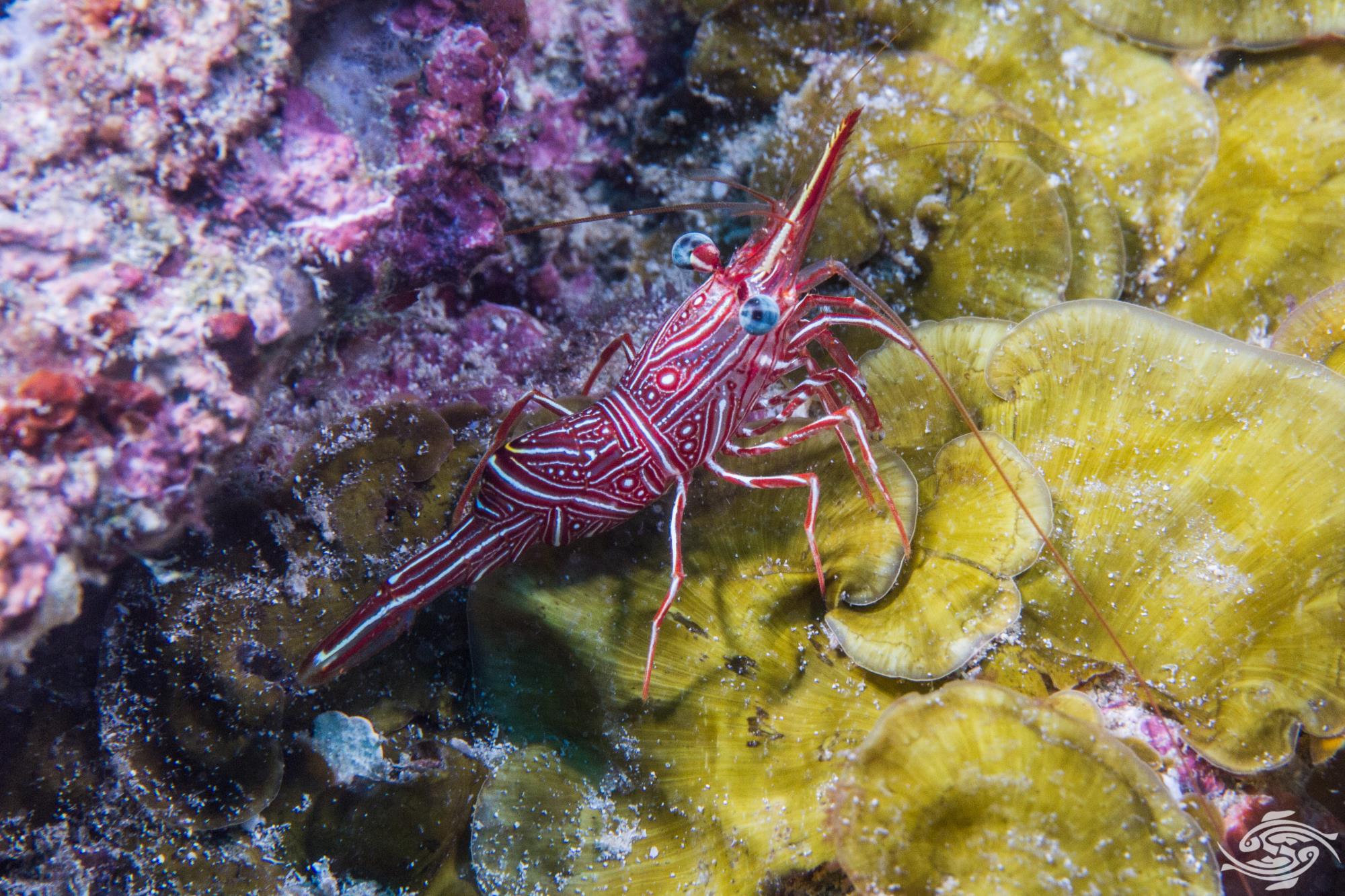 The Durban Dancing Shrimp are found on coral and rock reefs across the west Indian Ocean, from 5 to 35 meters. 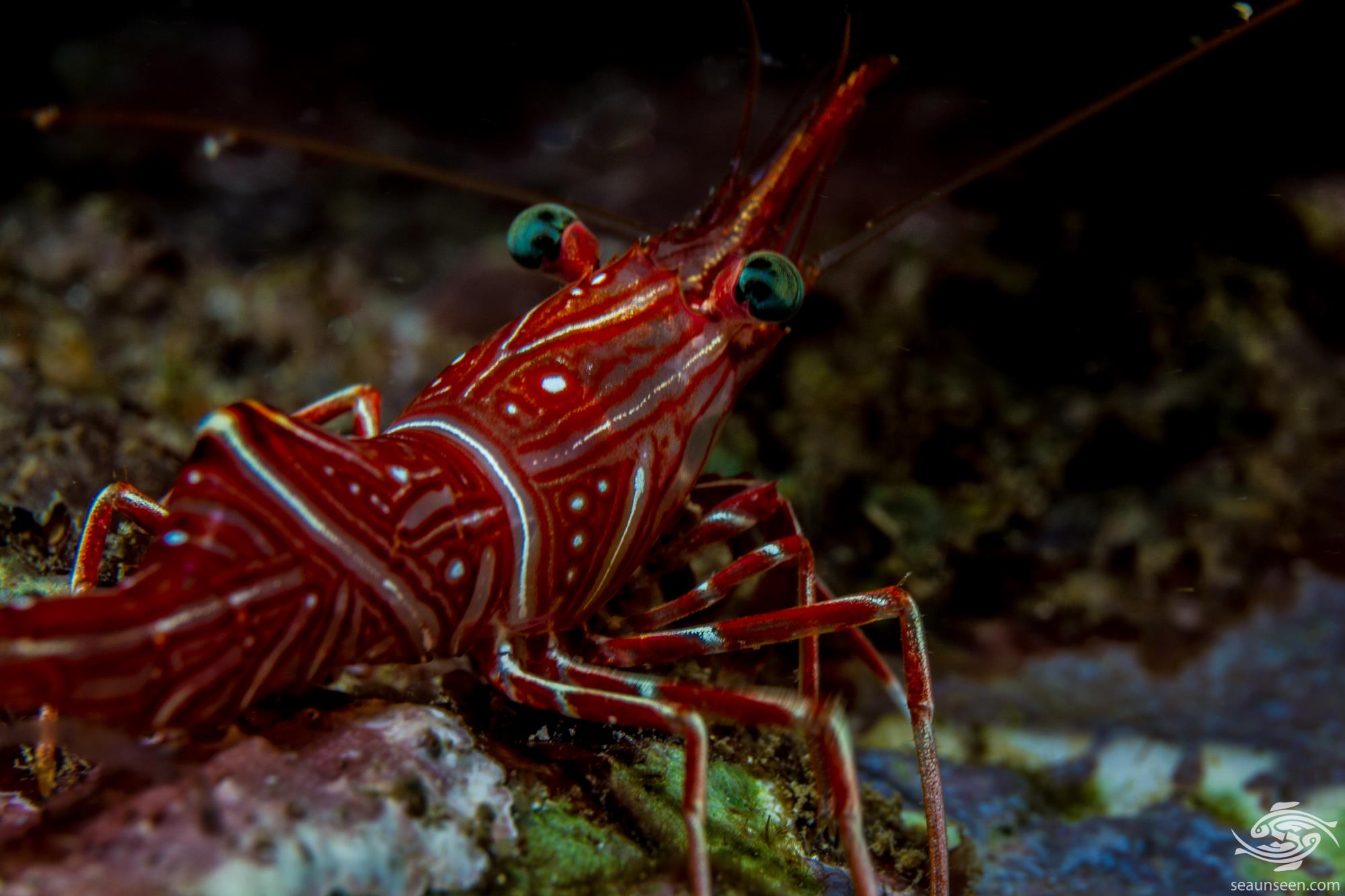 The Durban Dancing Shrimp is an omnivore and has a wide ranging diet in the wild. 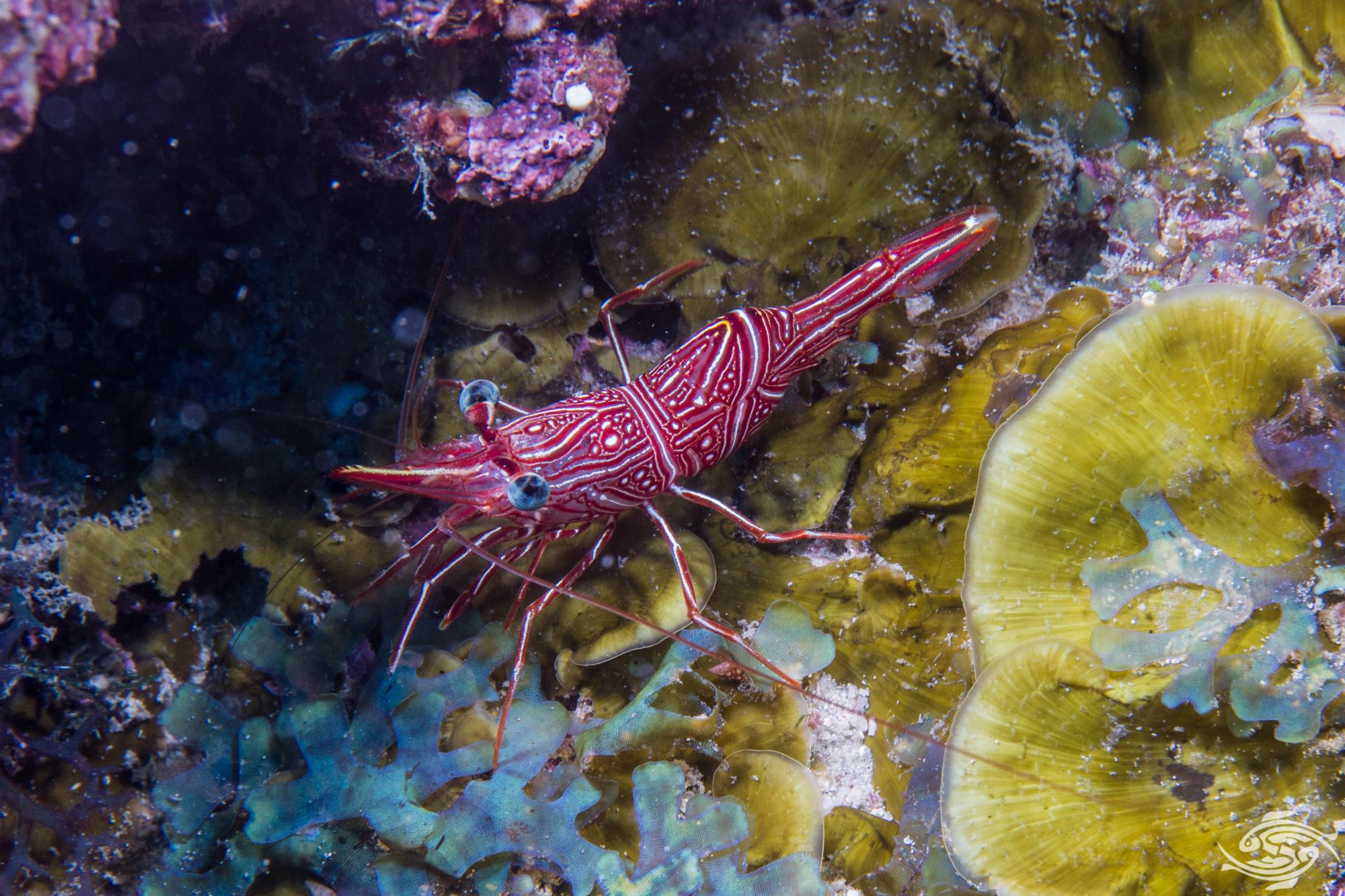 The males have larger chelipids or claws than the females, females carry the eggs under the carpace for some nine days in tropical areas and longer in cooler waters before they hatch. 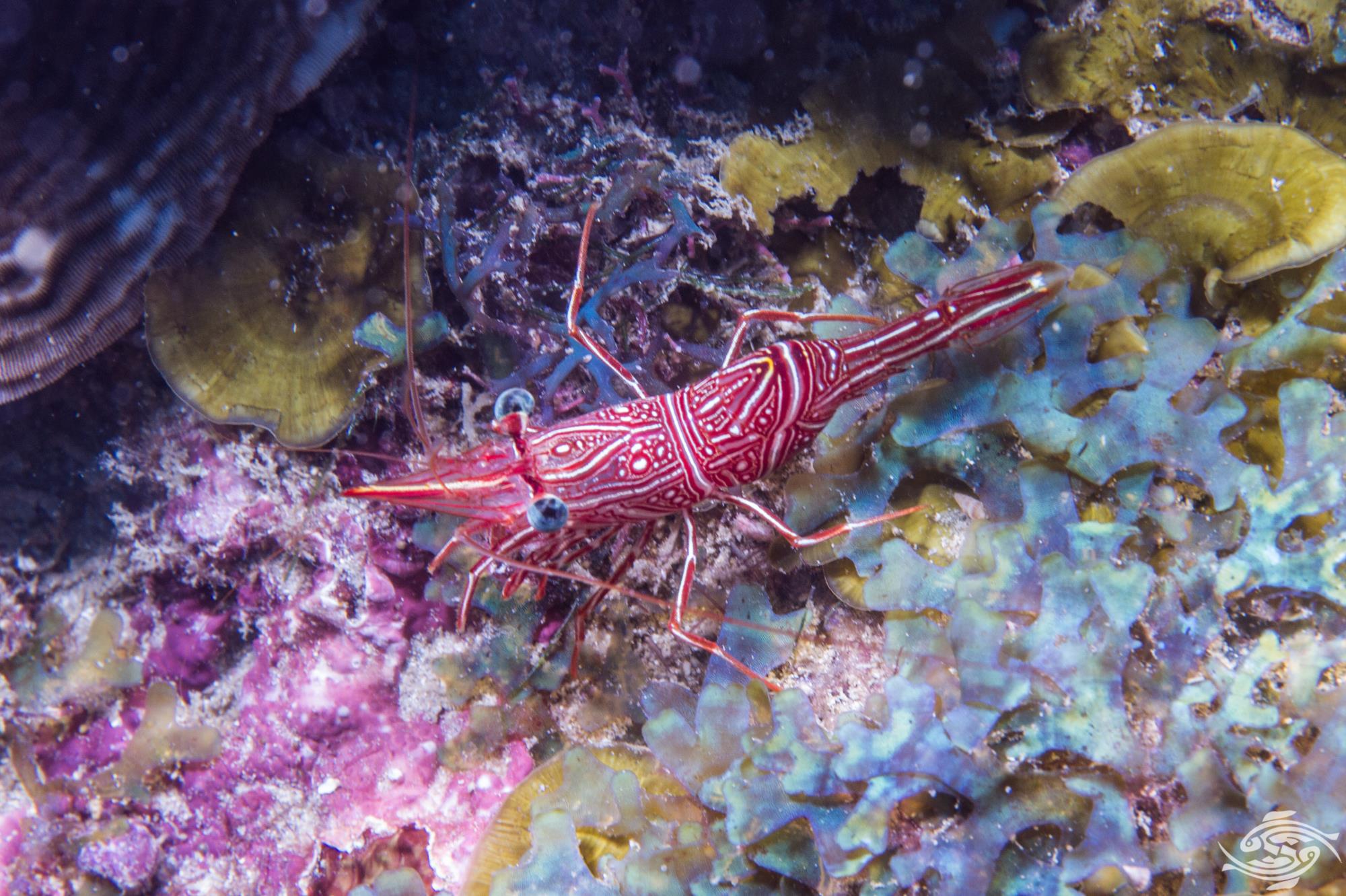 Durban Dancing Shrimp can be kept in aquariums and once settled will emerge quickly and then retreat at feeding time during the day, although they primarily feed at night. They may nip on some corals and anemones but tend to leave bubble corals and stinging anemones alone. They require good hiding places and make an attractive addition to certain types of aquariums. 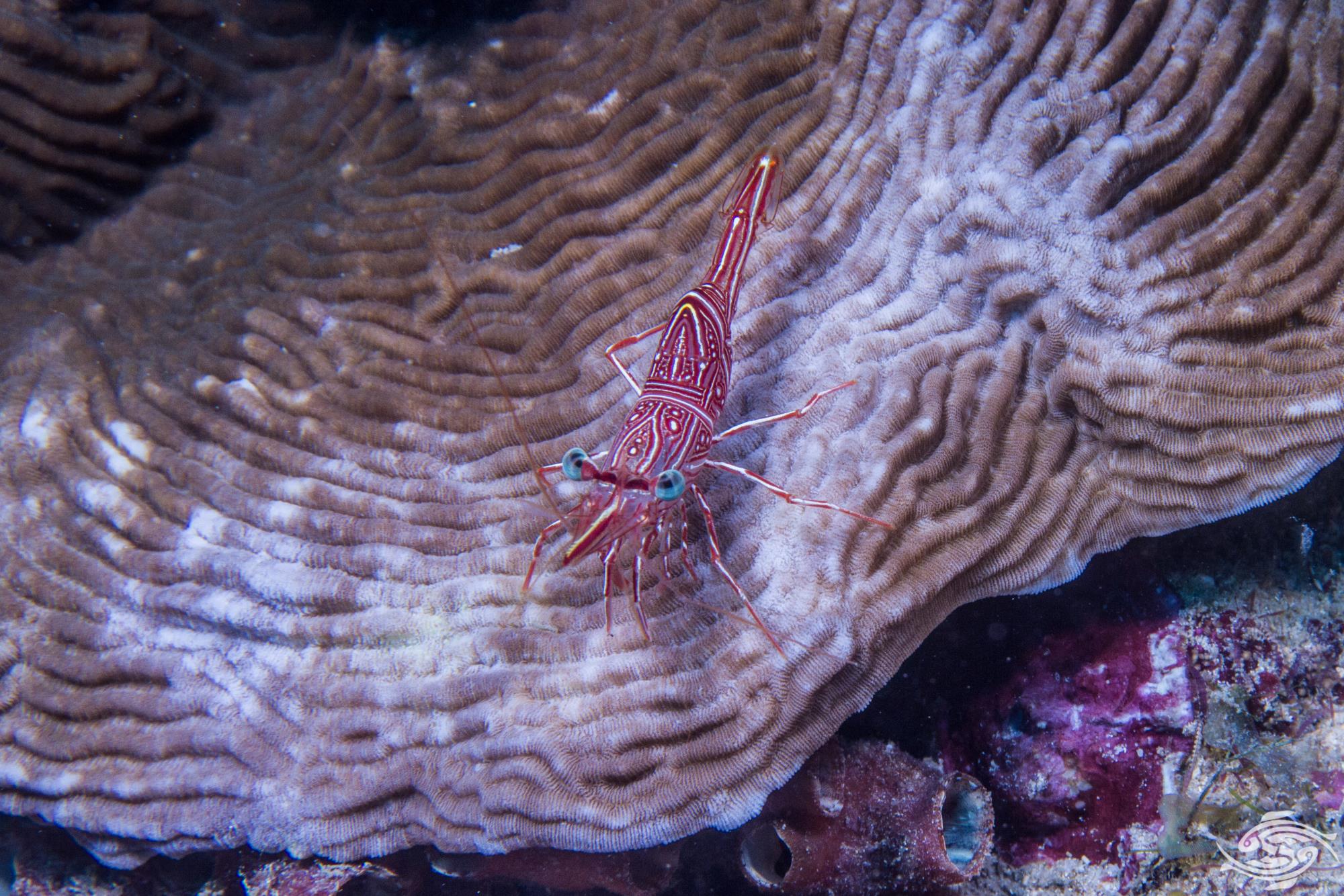