The Dusky Wrasse (Halichoeres marginatus) is also known as the Splendid Rainbow Wrasse or Two-eyed Wrasse. They are uncommon on the reefs in Tanzania and being fast moving fishes are hard to photograph. 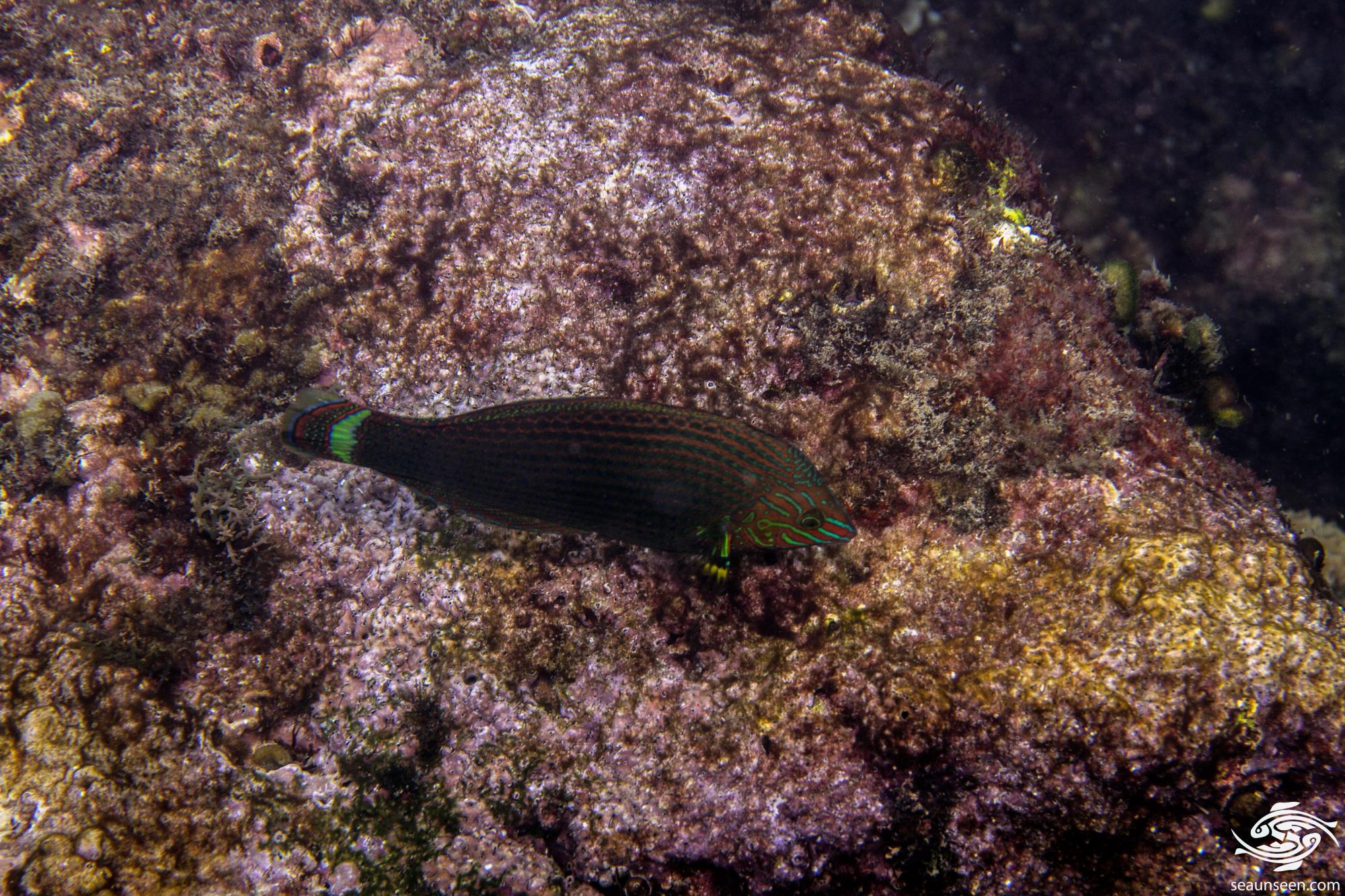 The Dusky wrasse has fairly major changes from the juvenile stage to the adult. The juvenile pictured below has an elongated brown body with horizontal lines running across it. The pectoral fins are yellow and on the caudal fin there is a horizontal bar. On the rear of the dorsal fin there is a blue eye spot ringed in yellow. 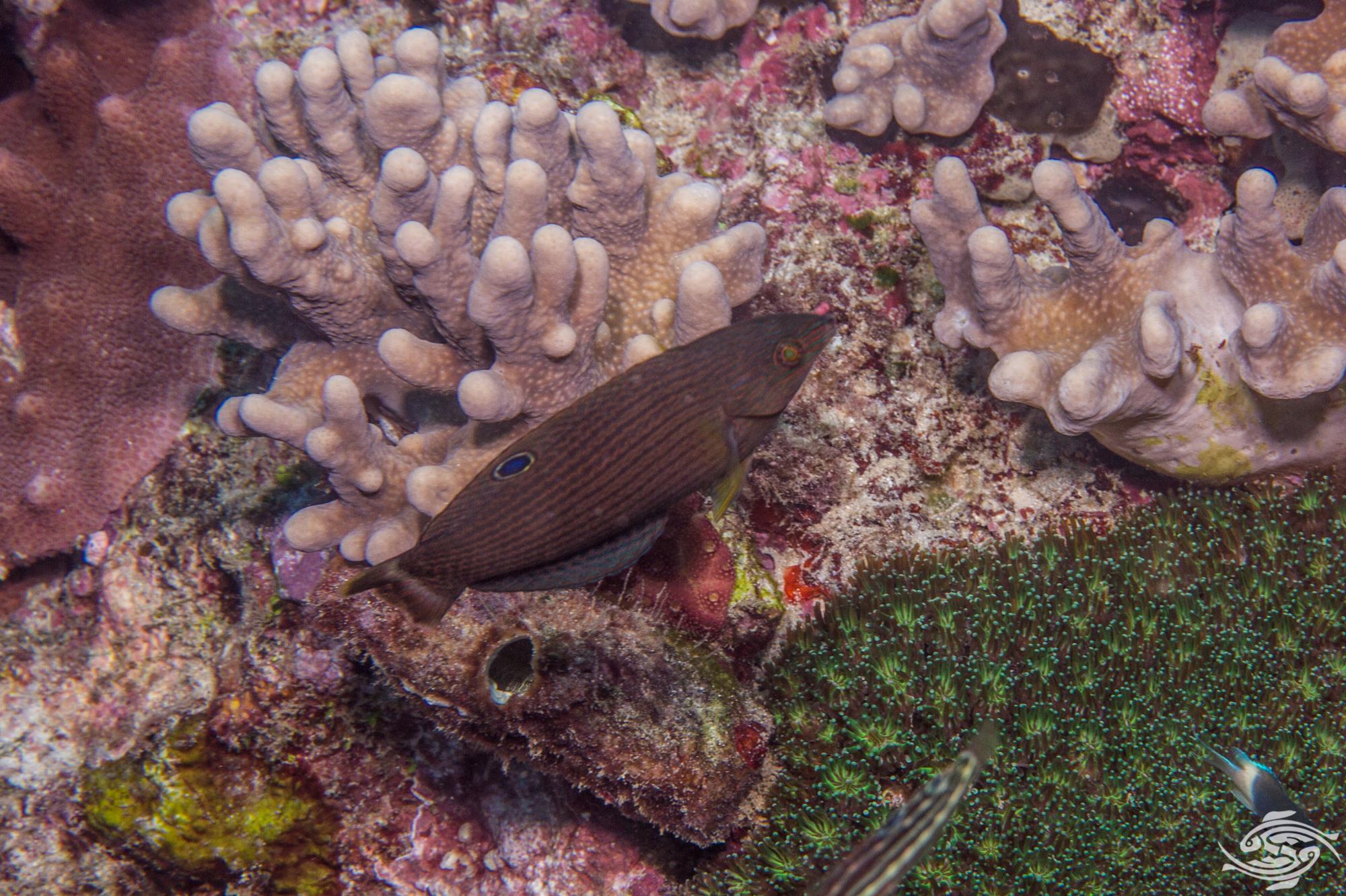 DUSKY WRASSE IN THE WILD

The Dusky wrasse is not a common fish on Tanzanian coastal reefs and is usually quite secretive and is hard to get close to. They are fast moving across the reef and feed constantly. They are usually singular but on rare occasions a small group may be seen. 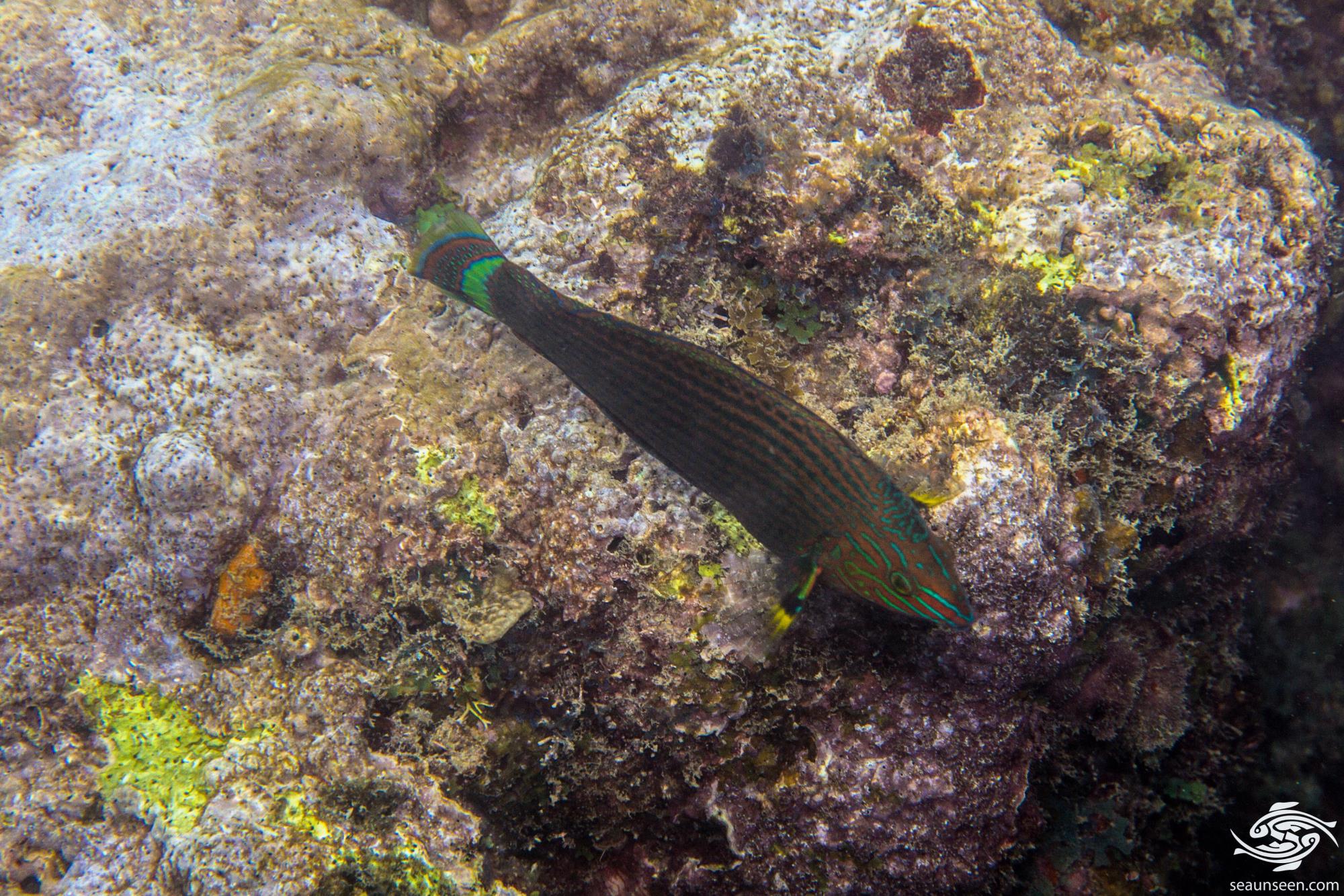 The Dusky wrasse is found from the East African coast including the Red Sea to Southern Japan and down to Australia and across to Hawaii. The juveniles are often in shallow water on offshore exposed reef flats and are well camouflaged with their dark brown coloration. The adults are occasionally seen on the deeper reefs to a depth of some 30 meters but they are more common on silty reefs at around 12 to 15 meters. 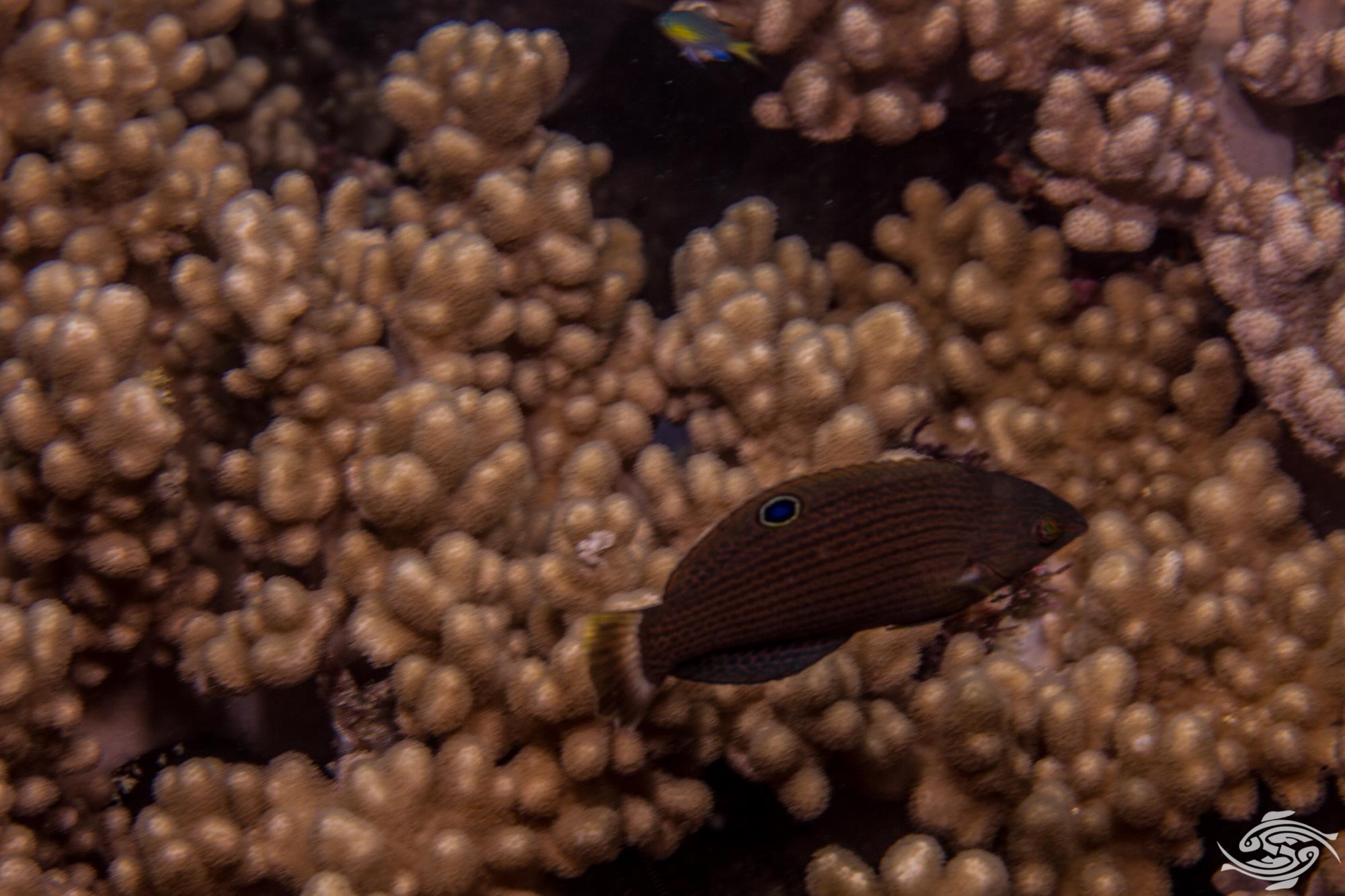 The Dusky Wrasse feeds on small benthic invertebrates. They have a sharp mouth and as with all wrasse, grinding plates further back from the mouth to crush their hard shelled prey. 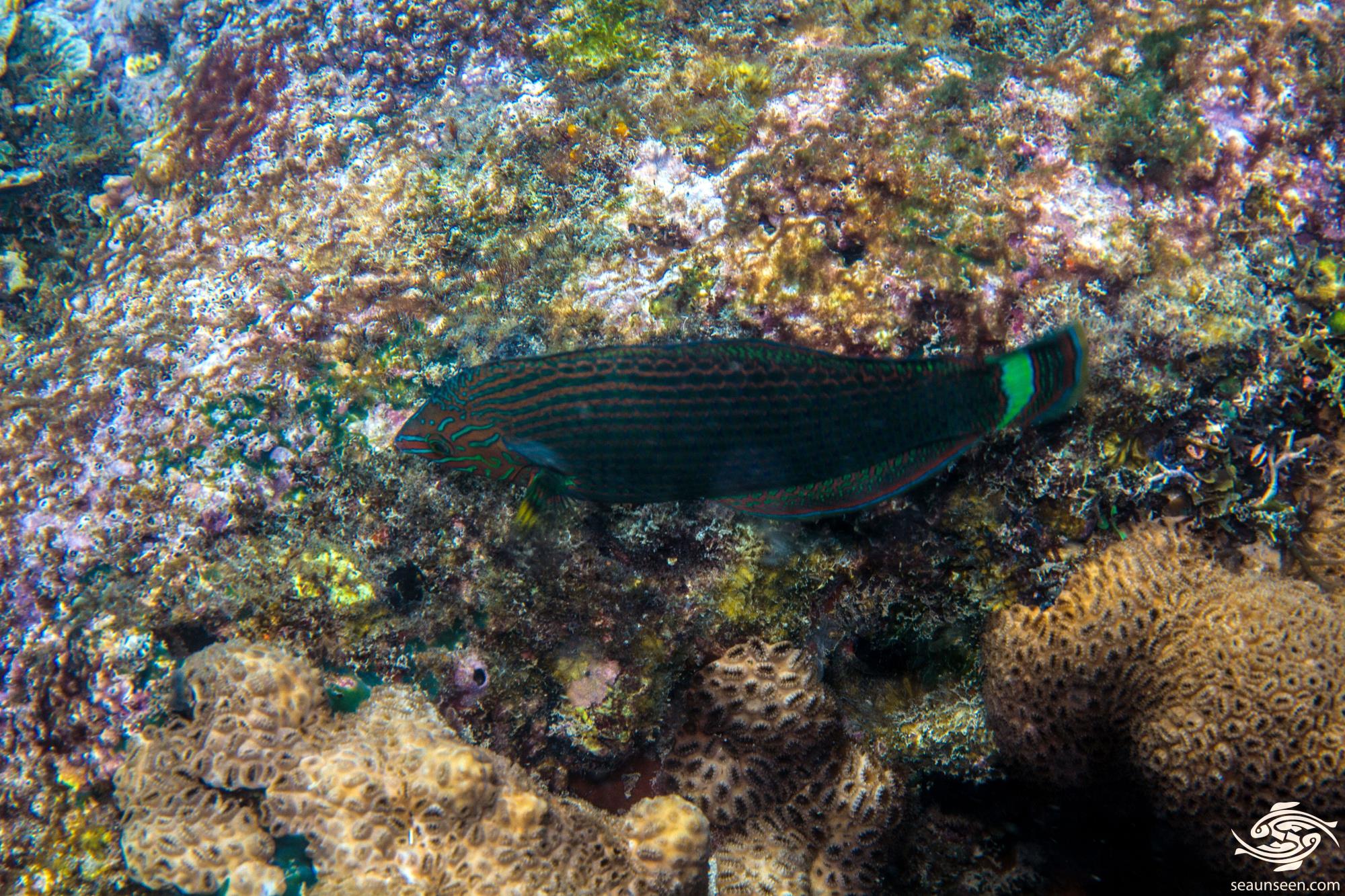 Males establish spawning sites in areas with good currents and females visit the sites to lay. The eggs of Dusky Wrasse are then fertilised by the males. The currents allow the eggs to drift off giving them a better chance of survival. Distinct pairing takes place. 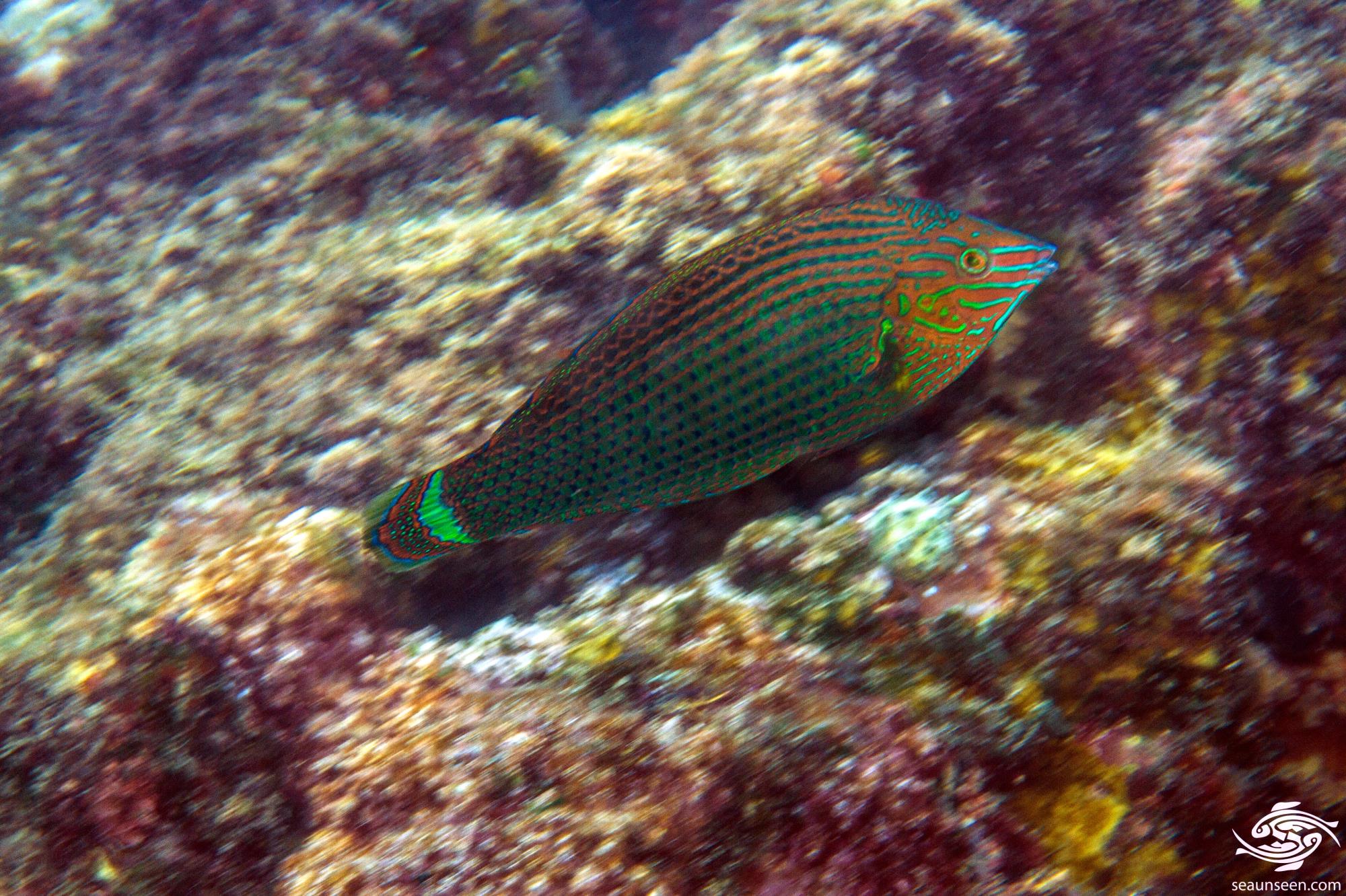 The Dusky Wrasse are sometimes kept in aquariums but are not that well known in the trade. A large tank with suitable peaceful tank mates would be necessary and it may be difficult to wean them onto prepared foods. A large well established tank with plenty of copepods and zooplankton would be preferable. They require plenty of swimming room and a thick base of sand to burrow into at night. They will jump so the top should be secured.