Dwarfed by a Whale Shark 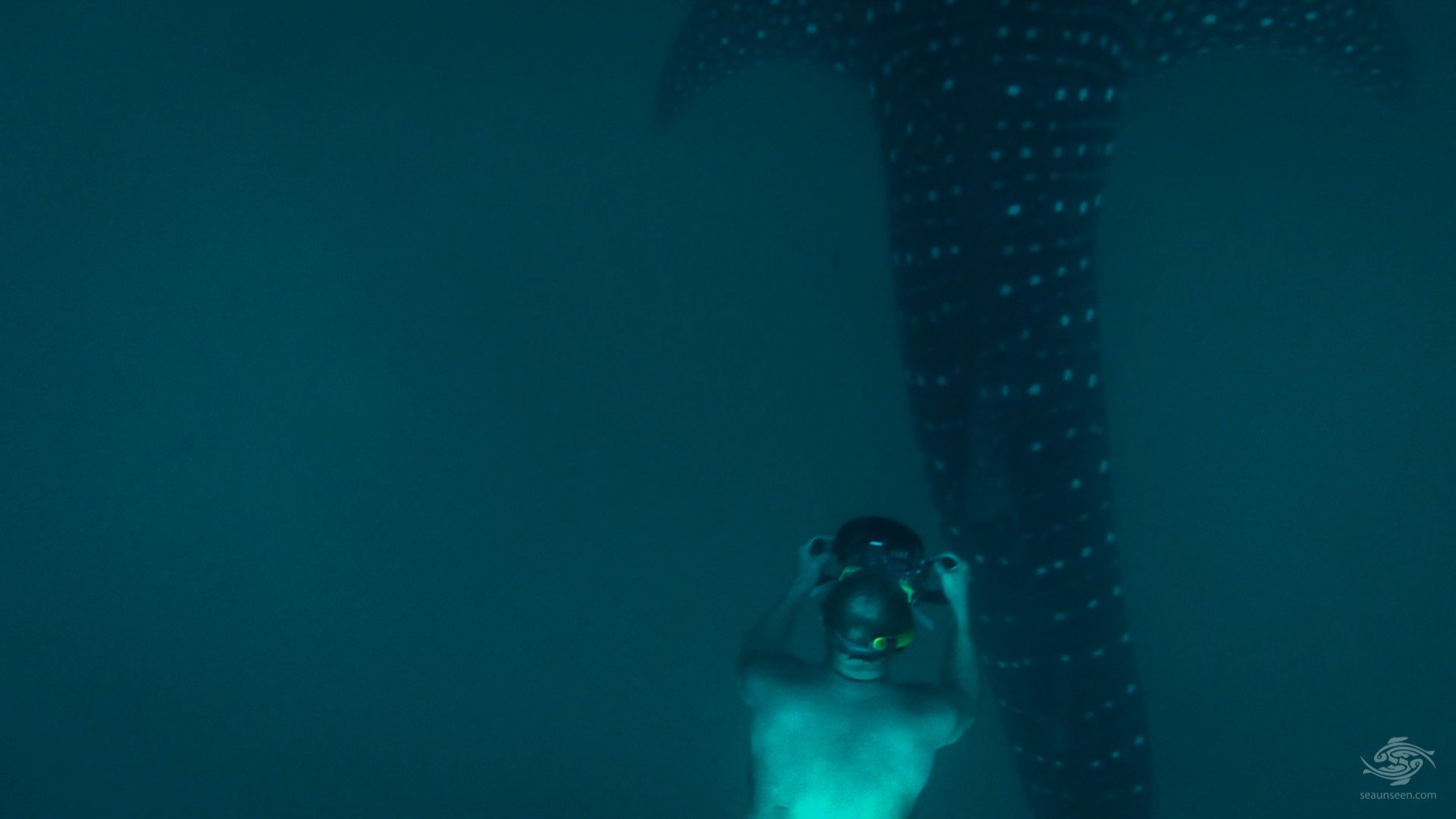 Underwater photographer, Alan Sutton, is dwarfed in size alongside a giant Dwarfed whale shark in Kilondoni Bay of Mafia Island’s West Coast. Dwarfed Whale sharks favor these waters for the abundant sergestid shrimps and reside here year round, feeding close to the surface from October to May. People come from all over the world to swim with these “gentile giants of the sea,” also the biggest fish in the world. Read more at Whale Shark Excursion and Free-Diving with Whale Sharks.