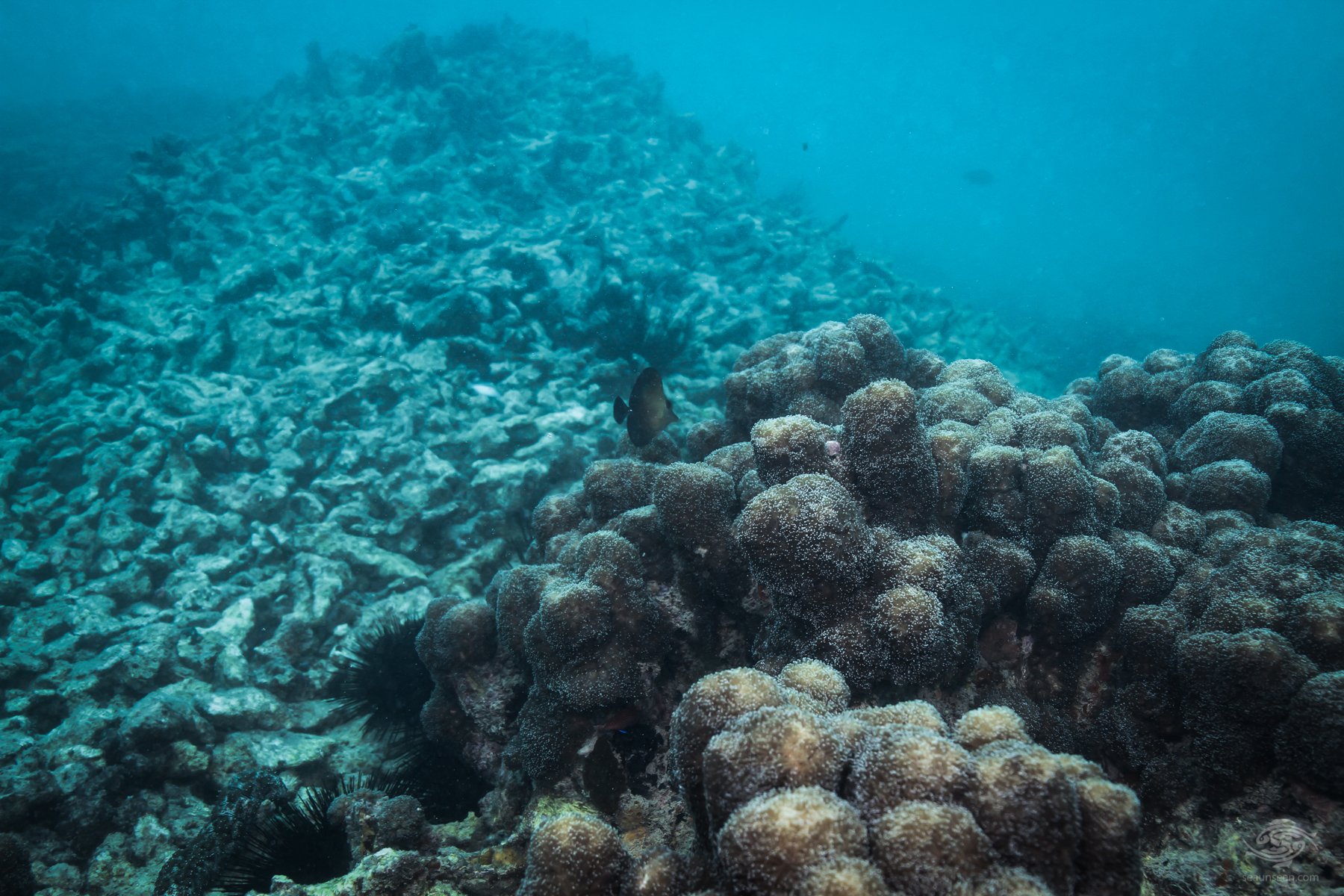 Gigantic hills of lifeless, fragmented corals juxtapose patches of recovering reef off the remote coast of Sinda Island in Tanzania. Tanzania is home to an extensive network of coral reefs in which the biodiversity and beauty support major fishing and tourism industries. Unfortunately, Tanzania is also the only country in Africa where dynamite fishing still occurs on a large scale. Besides killing and injuring fish, the destructive act leaves behind rubble and broken corals on the sea floor, eradicating habitat for all reef species.

One reason for the increase in dynamite fishing is that explosives are inexpensive and easily accessible to local fishermen. Bombs are usually sourced from mining, demolition, and road construction enterprises or made at home from fertilizers and diesel. One blast can lead to a catch of up to 400 kg of fish and a profit of $1,800 in market sales, a lucrative short-term profit despite the long-term destruction left behind.

Dynamite fishing has increased despite national laws that prohibit it. However, the government has failed to fully prosecute dynamite fishermen, and the penalties imposed in the handful of recent convictions were all far below the legal minimum sentence. (Under the 2003 Fisheries Act of Tanzania, minimum sentences are five years for dynamite fishing and 12 months for possession of explosives.) This leniency against dynamiters had led to widespread cynicism and hesitation among villages to turn in violators.

To put an end to dynamite fishing, top level political will within Tanzania and a collective zero-tolerance policy at all levels is needed. Importantly, donors and NGOs that support conservation work in the county need to apply greater pressure for change, along with the international community as a whole.