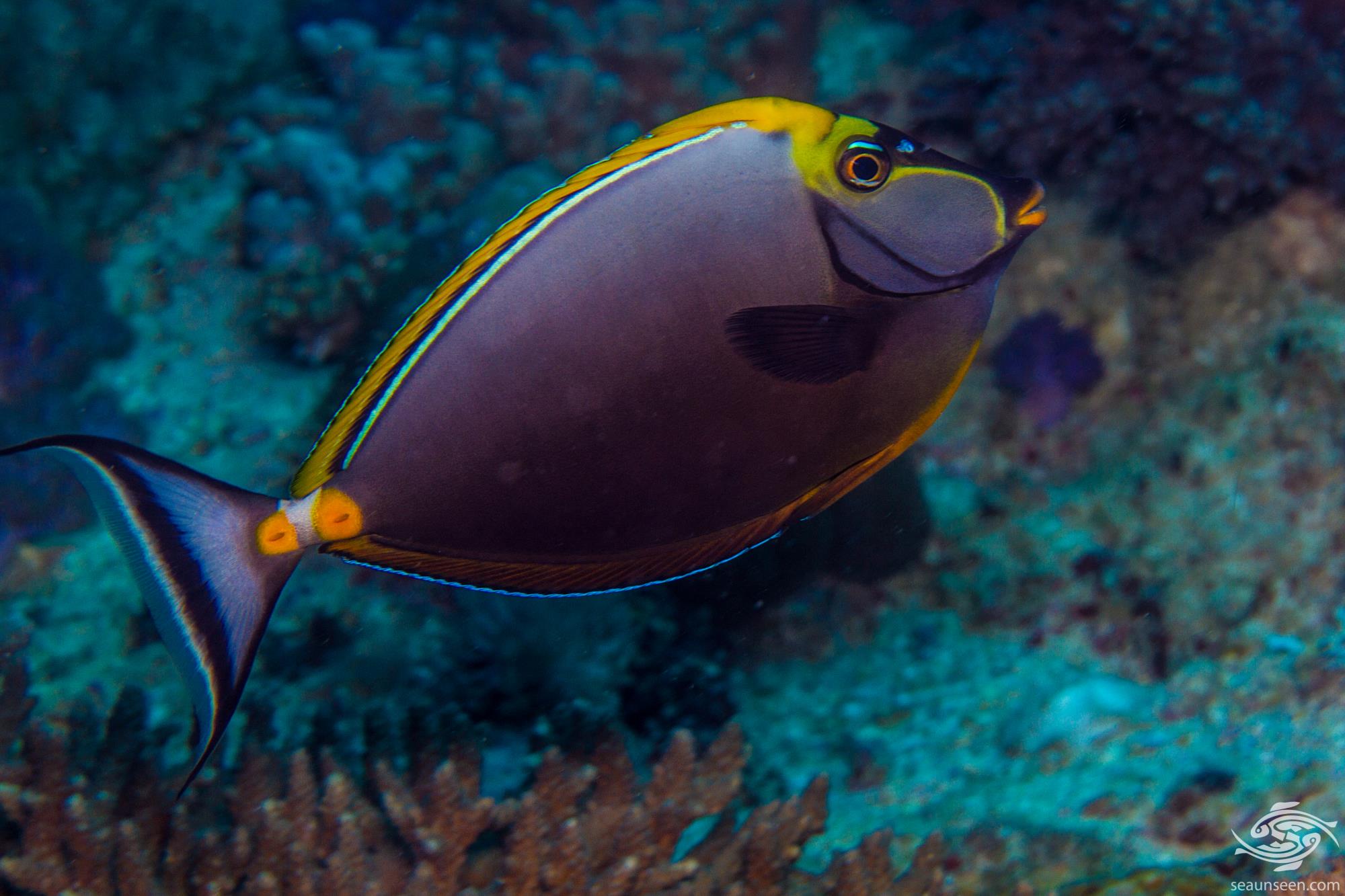 The Elegant unicornfish (Naso elegans) also known as the Indian Orange-spine unicornfish and the Smoothead Unicornfish. They are not common on the Tanzanian mainland coast and are more common on Zanzibar and Mafia Island.

Members of the Acanthuridae family have a retractable razor sharp spine on either side of the caudal area. Fishes within the Acanthurus genus are known as Surgeonfish and those that fall within the Naso Genus are known as Unicornfish.  The blades pictured below are used for defense and possibly in territorial disputes and can inflict significant damage.

The blades are reported to contain toxins but there seems no scientific evidence for this. Not all the Unicornfish have protuberances on their heads and the Elegant Unicornfish is one of these. For this reason they are sometimes known as the Lipstick Surgeonfish after their bright orange lips or the Blonde Naso Tang. 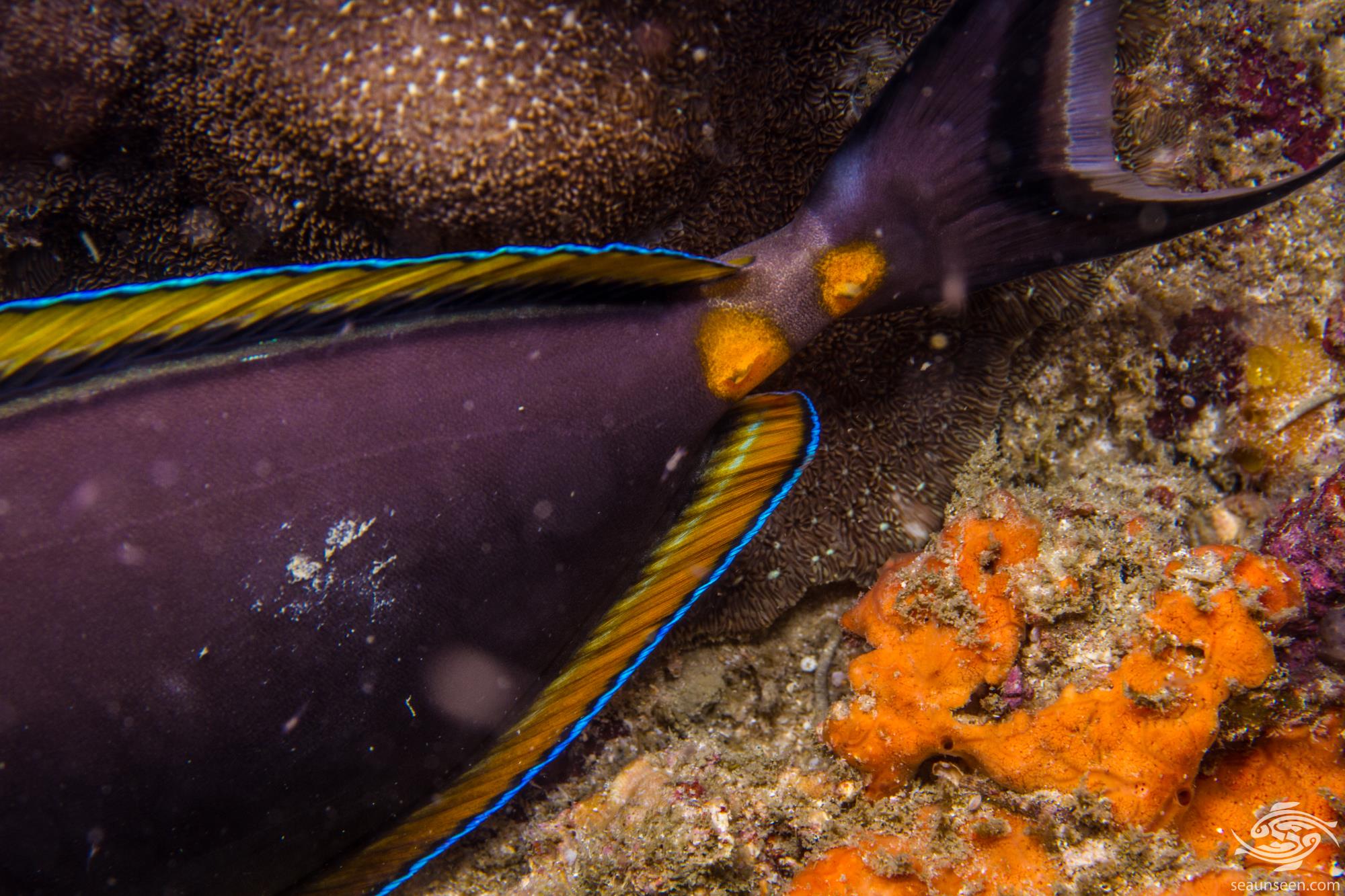 The Elegant unicornfish has an oval shaped body that is laterally compressed. The mouth is forward  on the body and the eye is set quite far back on the body thereby protecting the eyes while feeding. The head has black across the nose with orange lips. There is a yellow/orange line that runs up the black mark, thickening onto the forehead and running back back along the dorsal fin. The bulk of the body is a brown grey colour. In the caudal area there are two orange blades and the caudal fin is white with black borders and a white stripe on the rear. 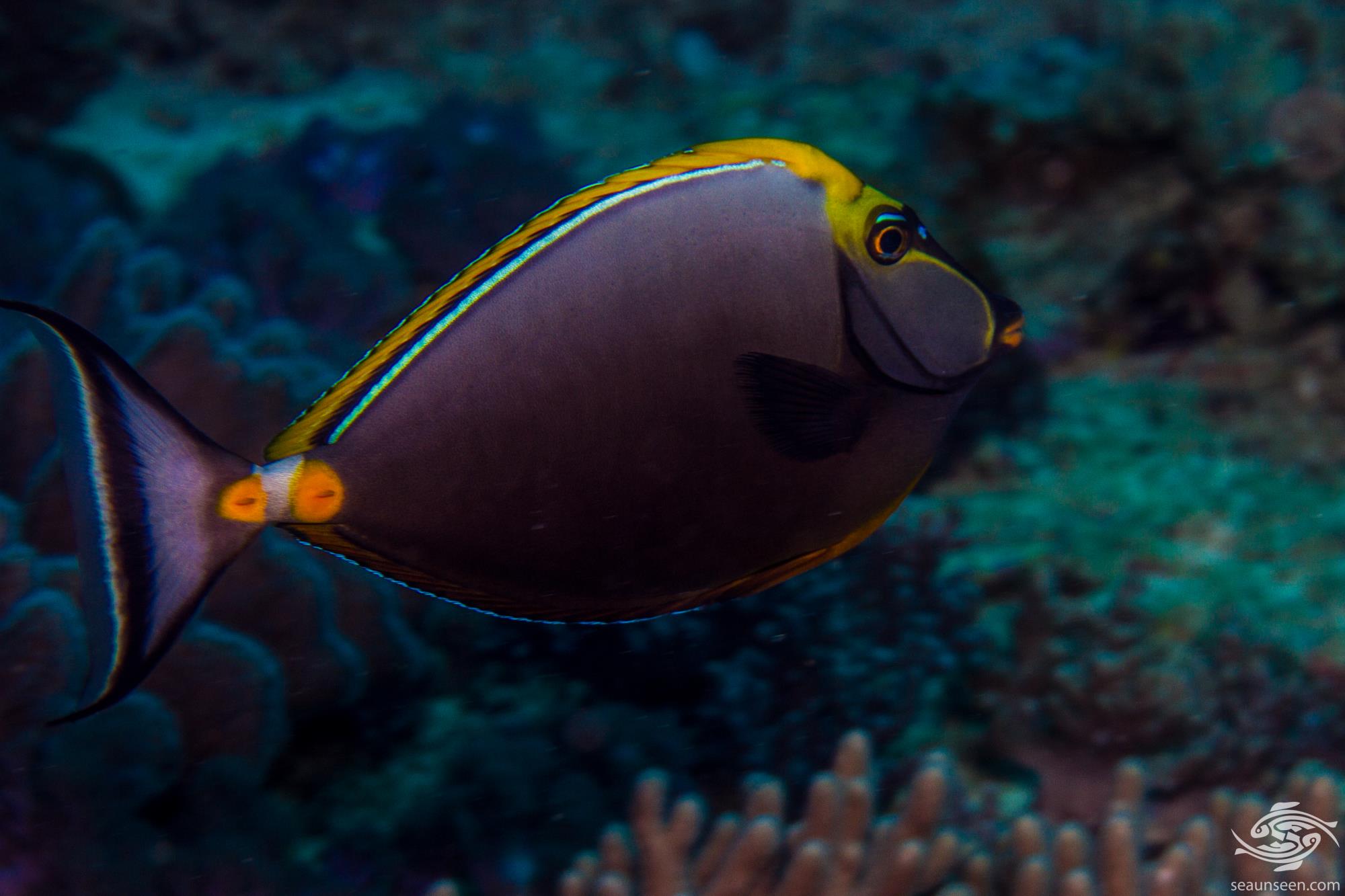 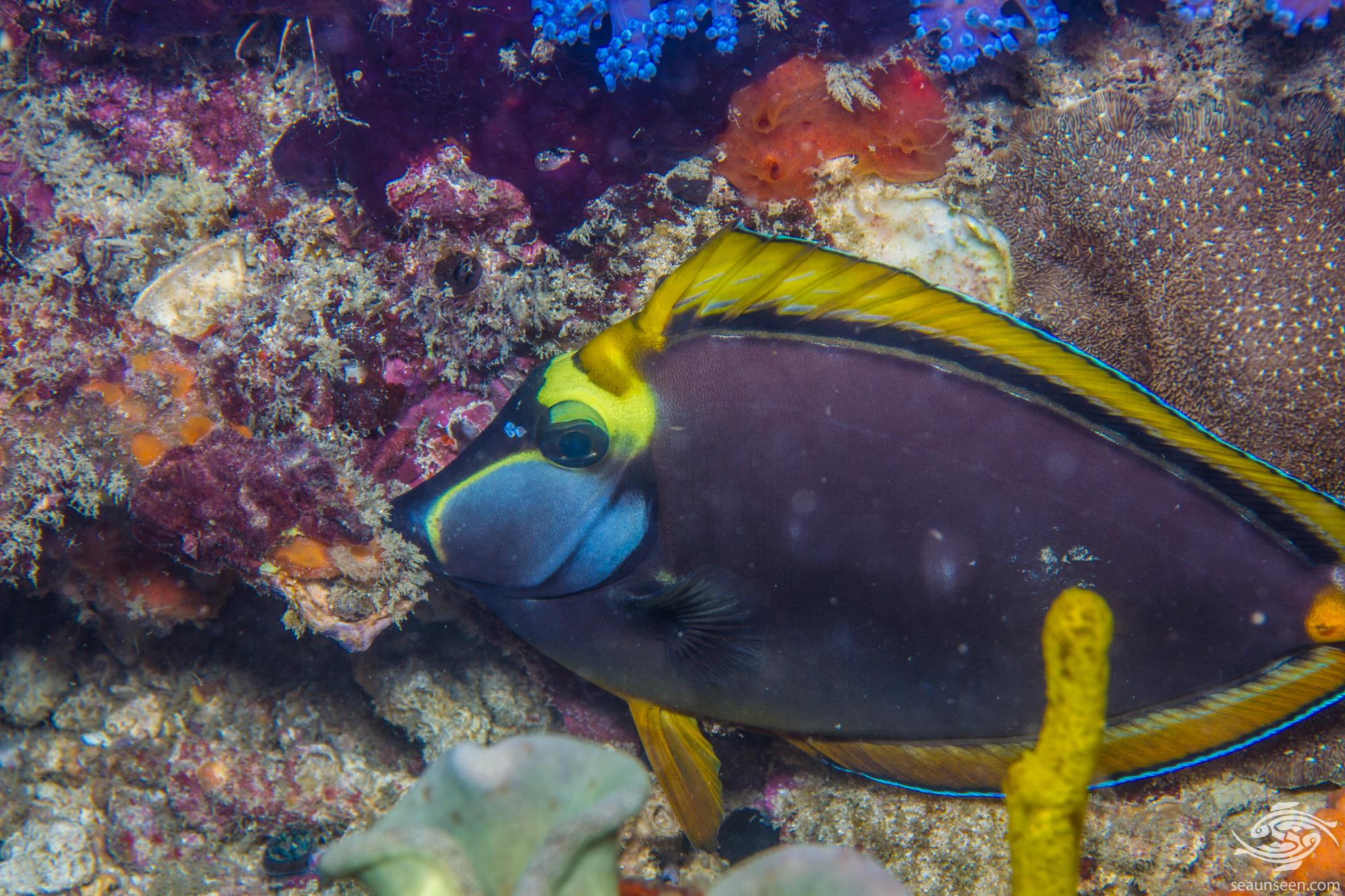 ELEGANT UNICORNFISH IN THE WILD

The Elegant unicornfish is not that common overall in Tanzanian coastal waters.  Usually they are seen solitary but occasionally are seen in small groups of three to five fish. This could be mating related.

They seem to prefer reef flats with abundant algae growth but will also occasionally be seen over rubble areas. Elegant unicornfish are active fish, always on the move and always feeding. They are more common in the 12 to 20 meter range. 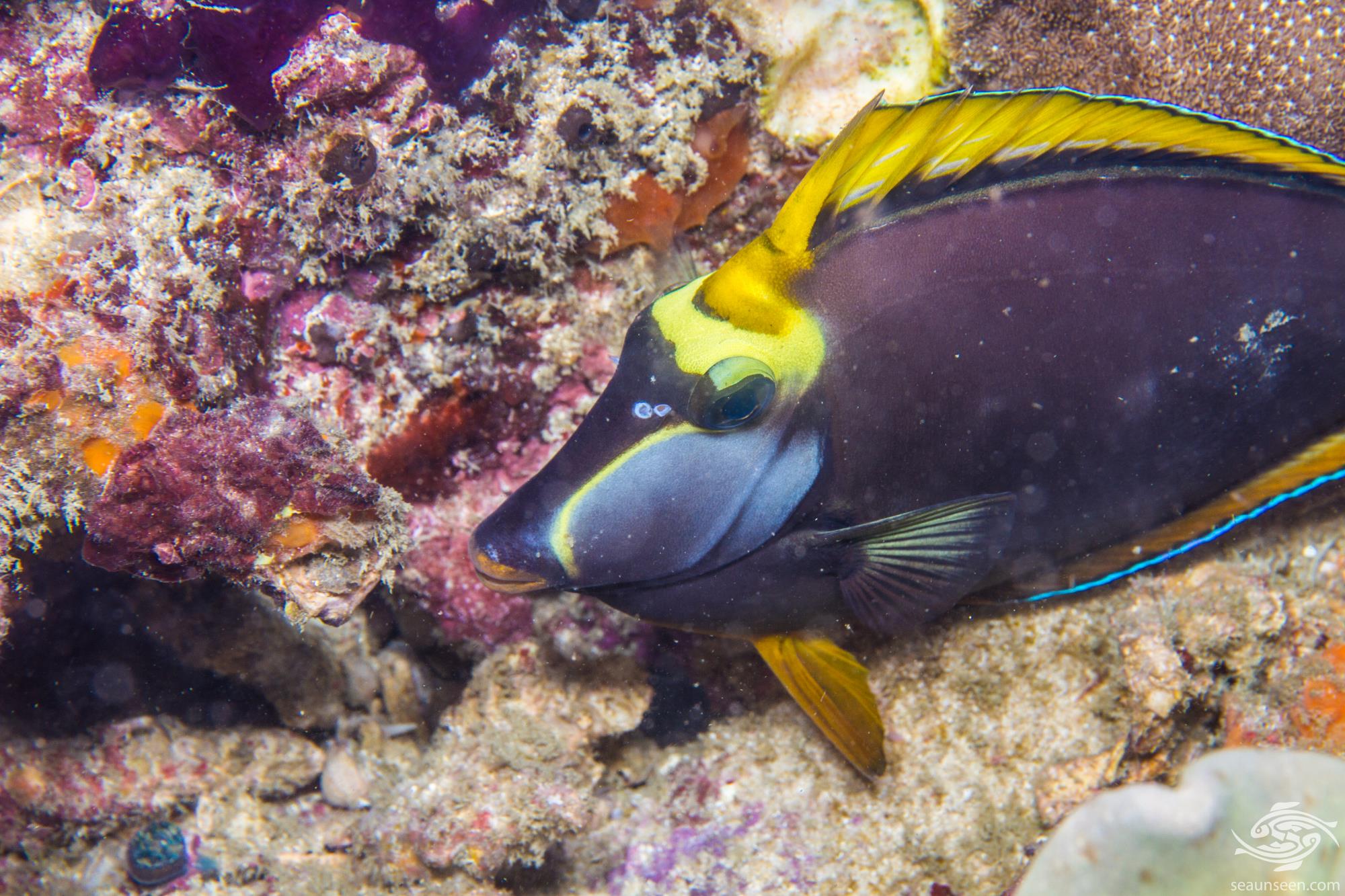 Elegant unicornfish are found across the Indian Ocean from South Africa north up the coast of East Africa and across to Bali and the Cocos Keeling Islands. 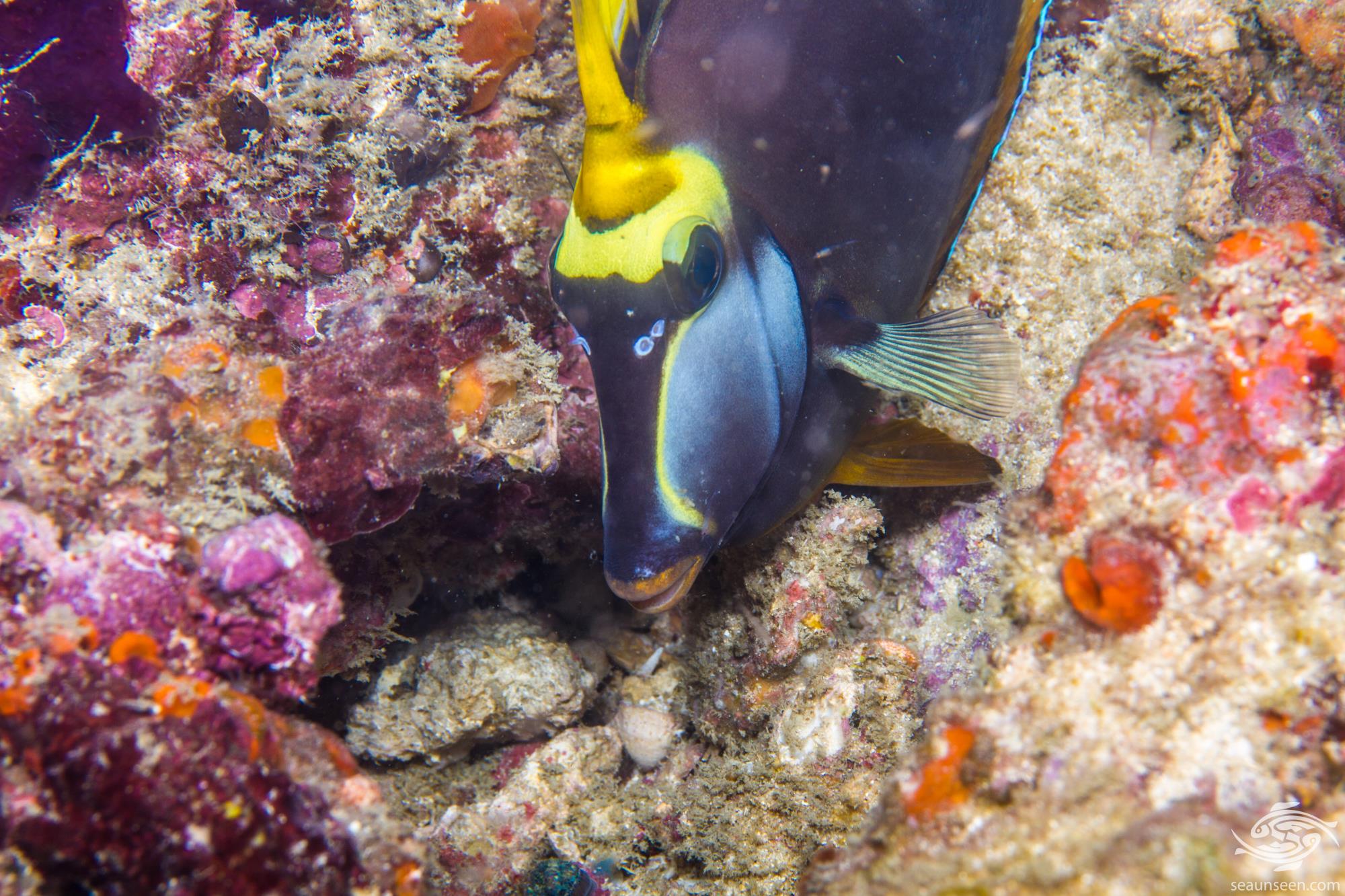 The Elegant unicornfish are grazers and feed on benthic algae. 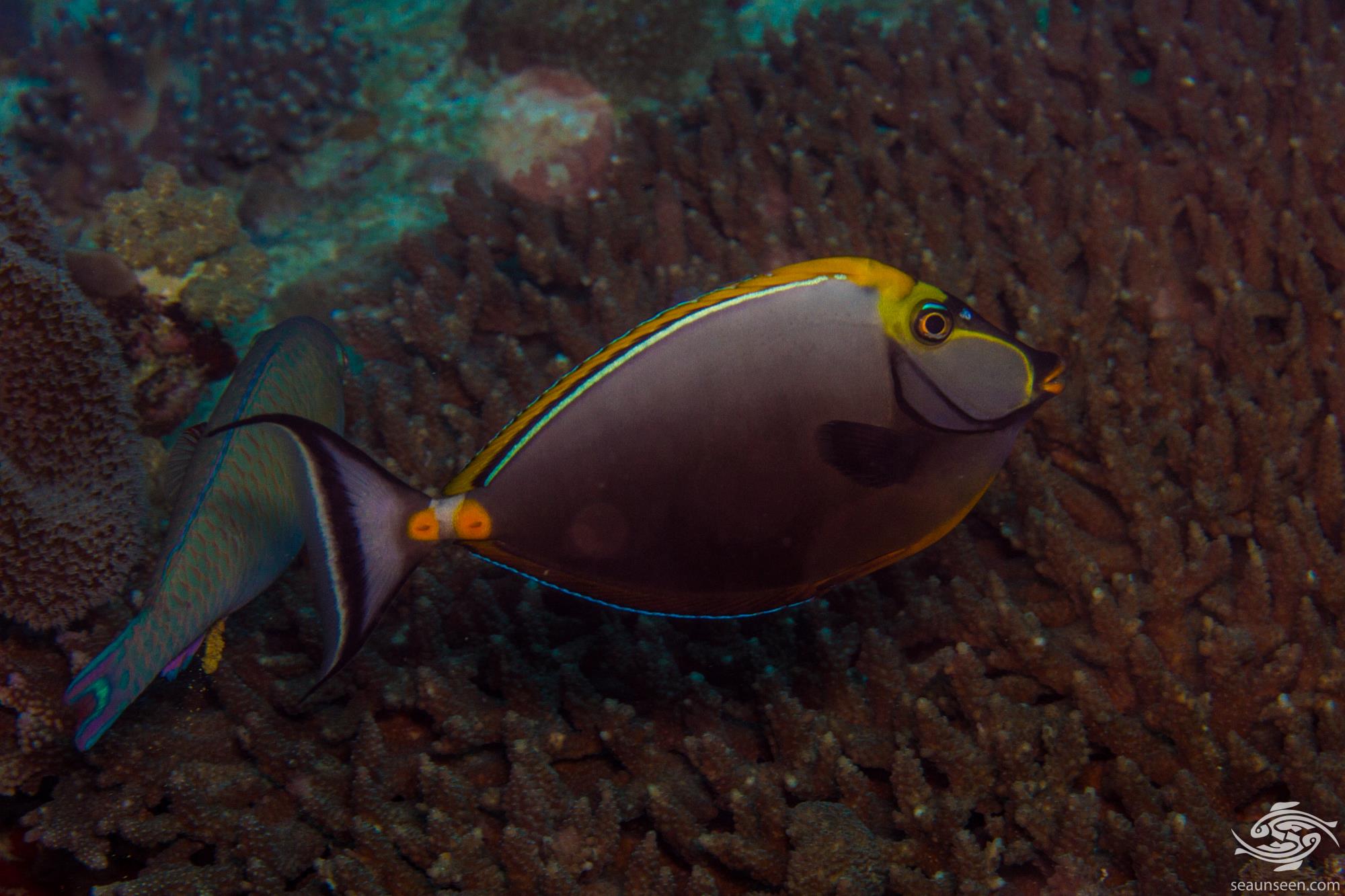 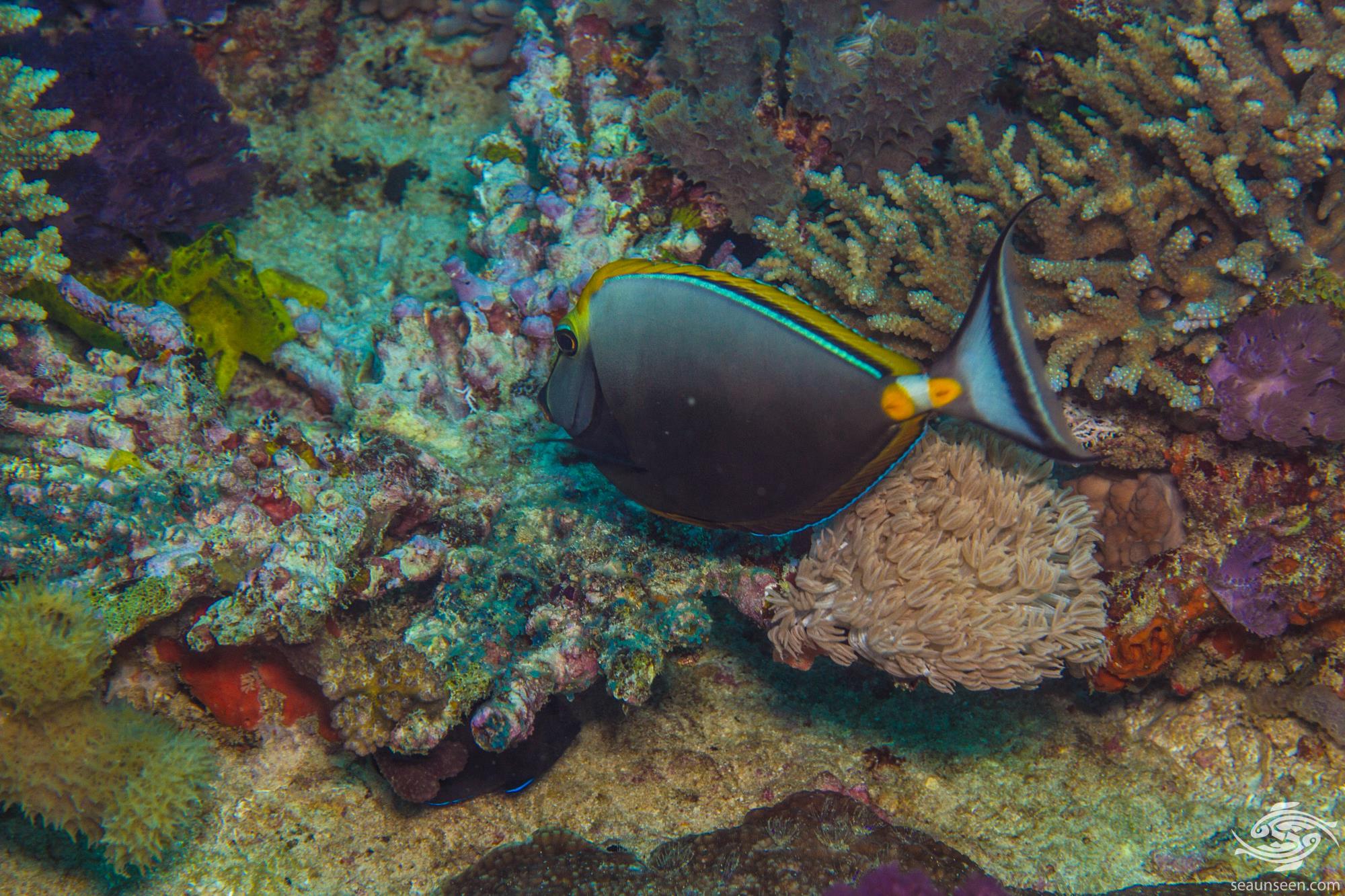 Elegant unicornfish are kept in aquariums and are sought after by some collectors. They require high quality clean water that is well oxygenated. They are fairly easy to feed but a big part of their diet should be algae in one form or another to keep them healthy. Because of their territorial nature they should not be kept with fish with a similar shape or diet. Great care should be taken when moving them as their blades can easily snag in a net or worst case pierce a bag.