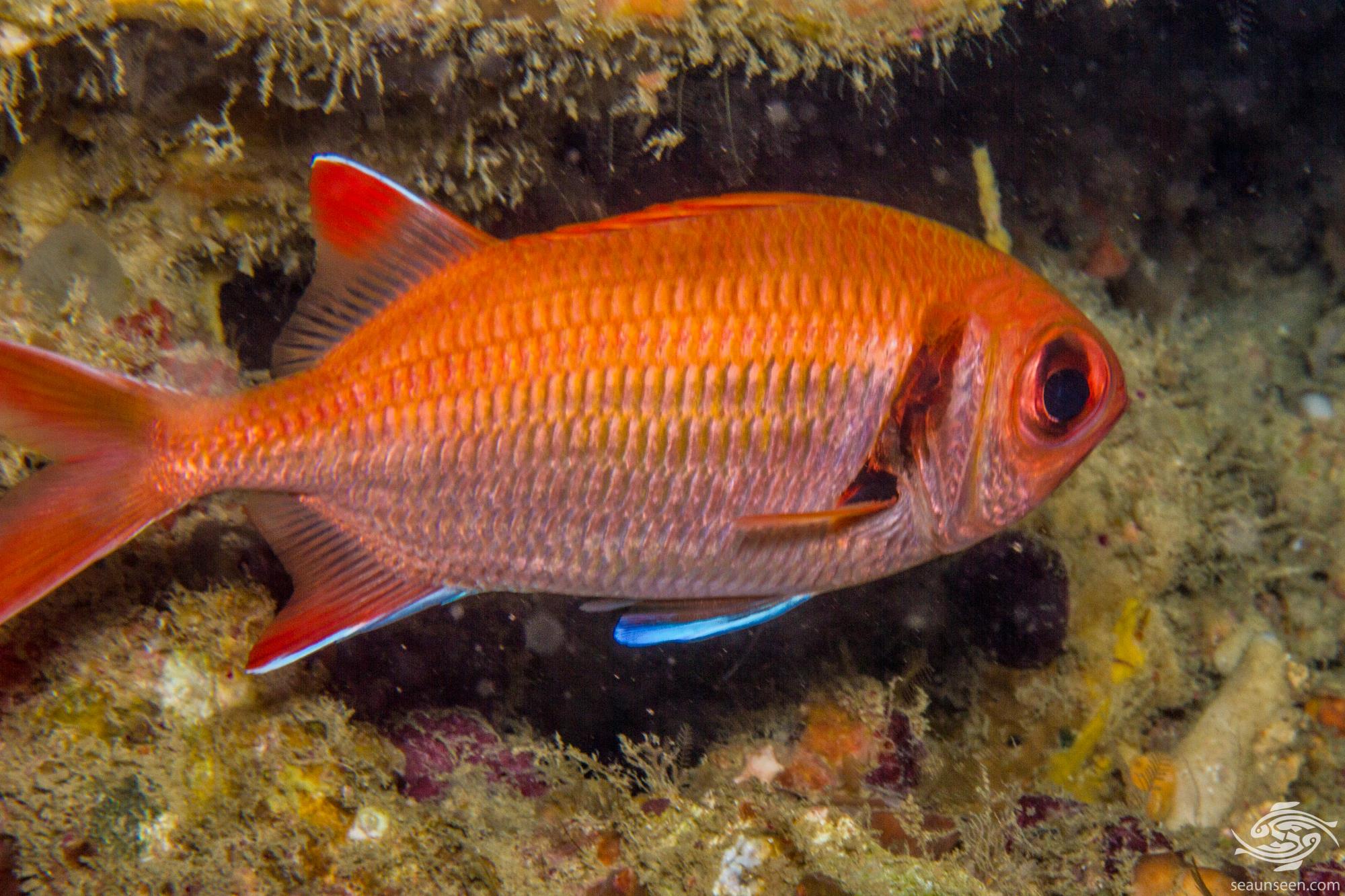 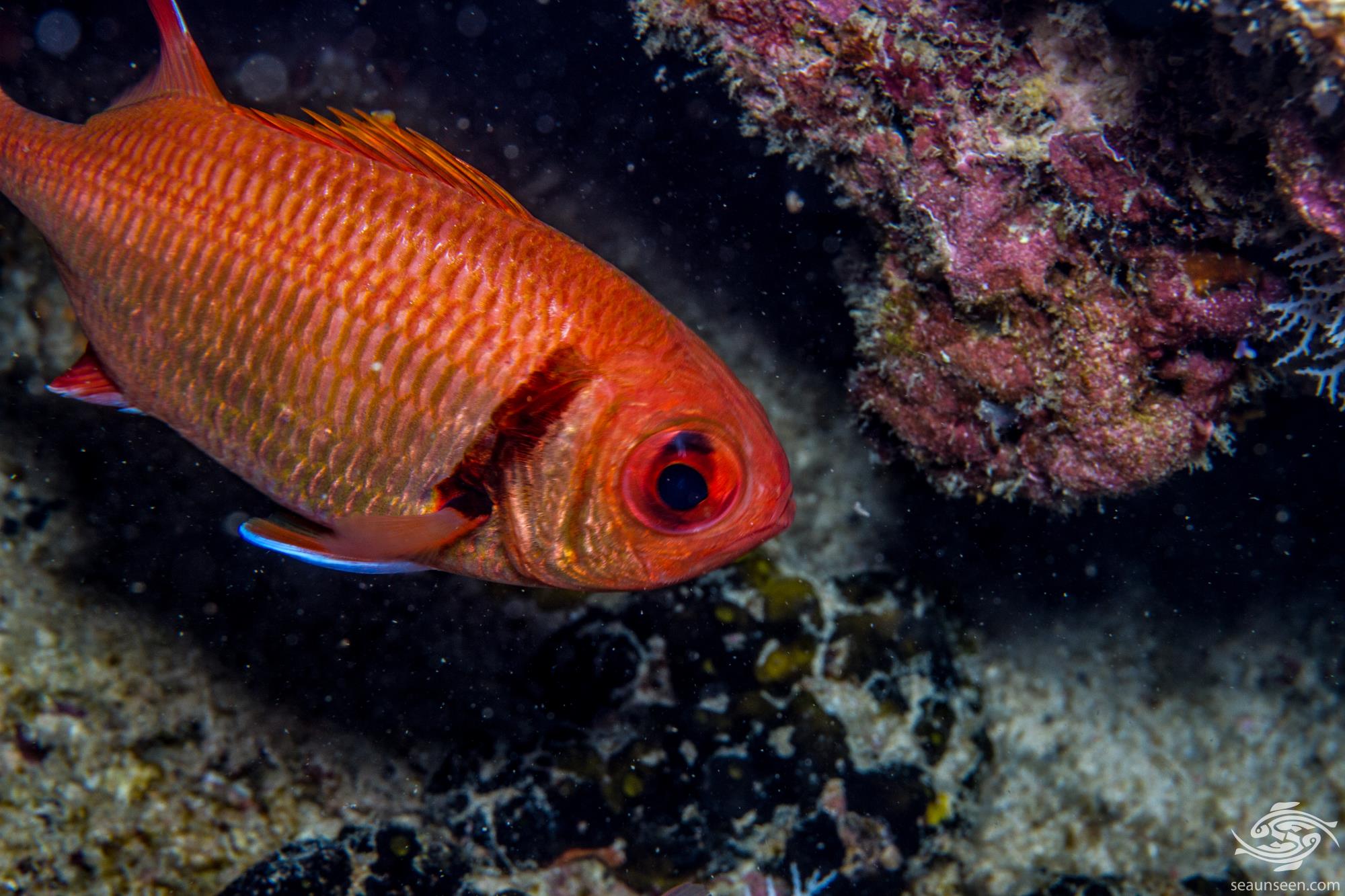 Epaulette Soldierfish  have a silver pink to red body  with red edging on their large scales. There is a distinctive blotch over the eye and a black oblong shaped mark with fairly square edges behind the gill cover.

This distinguishes them from the Blotcheye Soldierfish which have a crescent shaped mark behind the gill cover. All the fins except for the front dorsal fin have a blue-white edging to them and they have large eyes. They grow up to 30 centimetres in length. Visually in the right light their colours can be quite attractive. 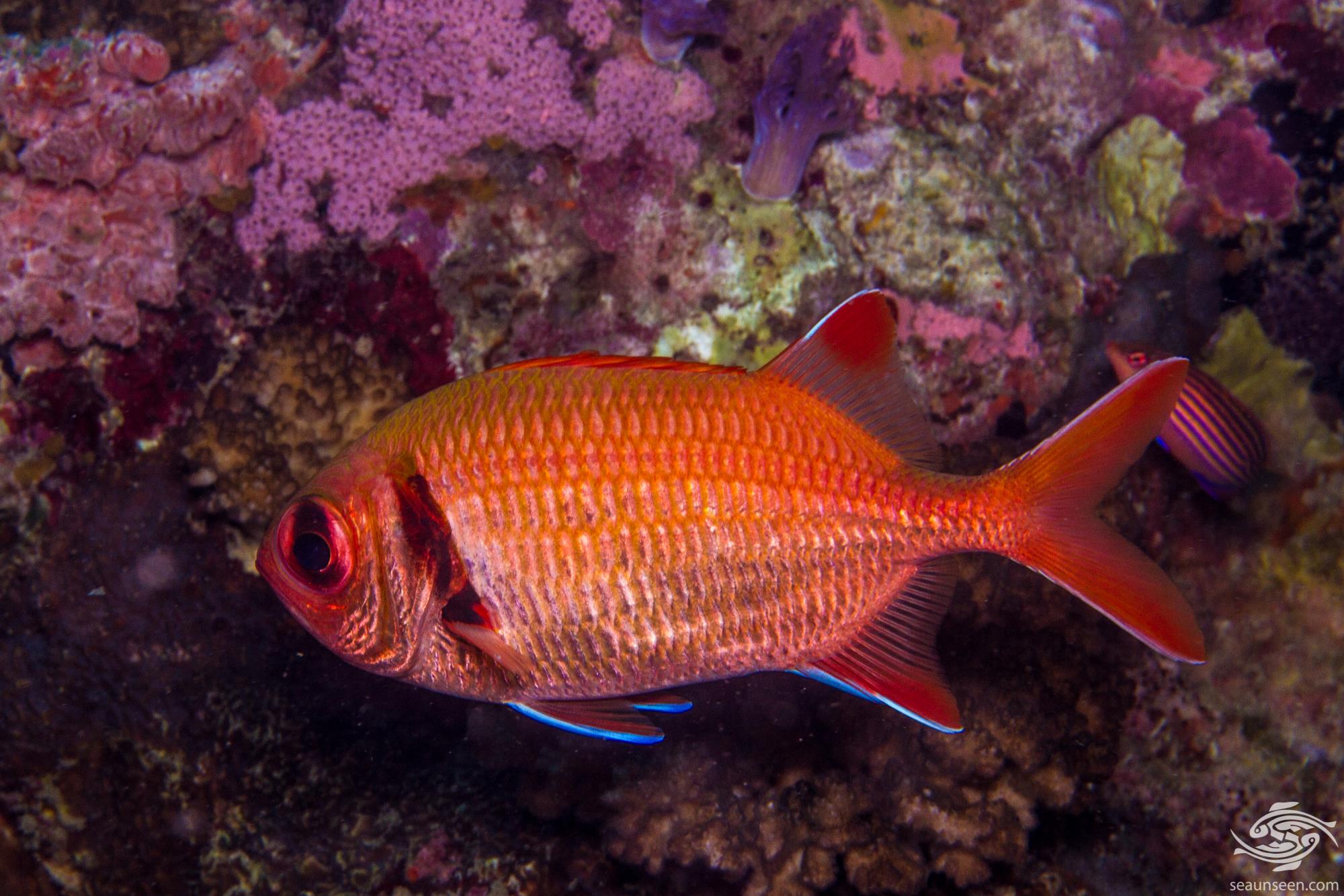 Epaulette Soldierfish are generally shy and will usually back away from a diver if he gets too close. One usually encounters them under an overhang during the day and out feeding at night. They are mainly found in small groups during the day, often with Squirrelfish. During the night they are usually solitary. 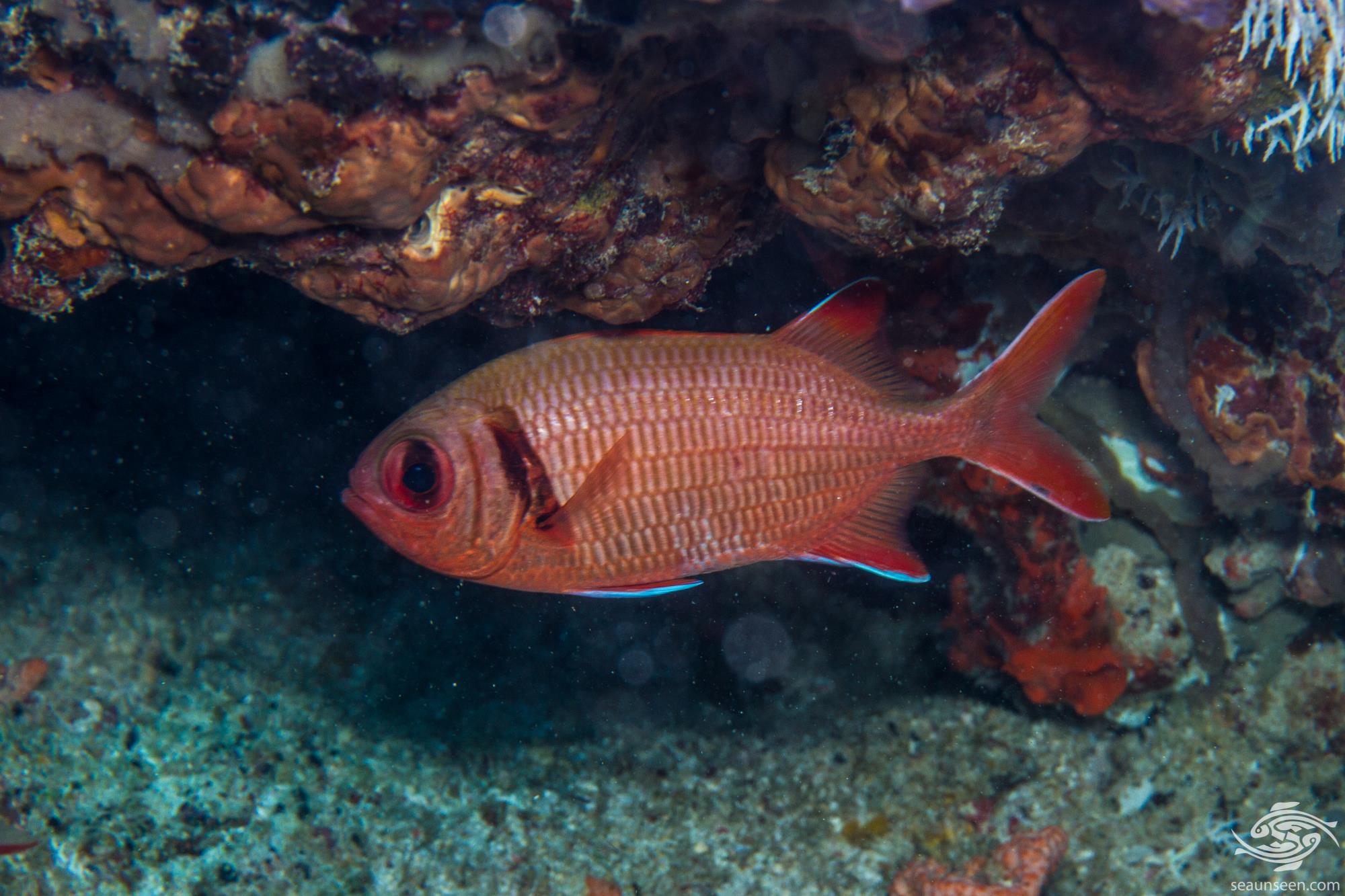 The Epaulette Soldierfish is found across the Indian ocean and into the west Pacific, excluding the Red Sea and Persian Gulf areas. They are found from depths of 10 to 55 meters usually in deep lagoons and outer reefs. 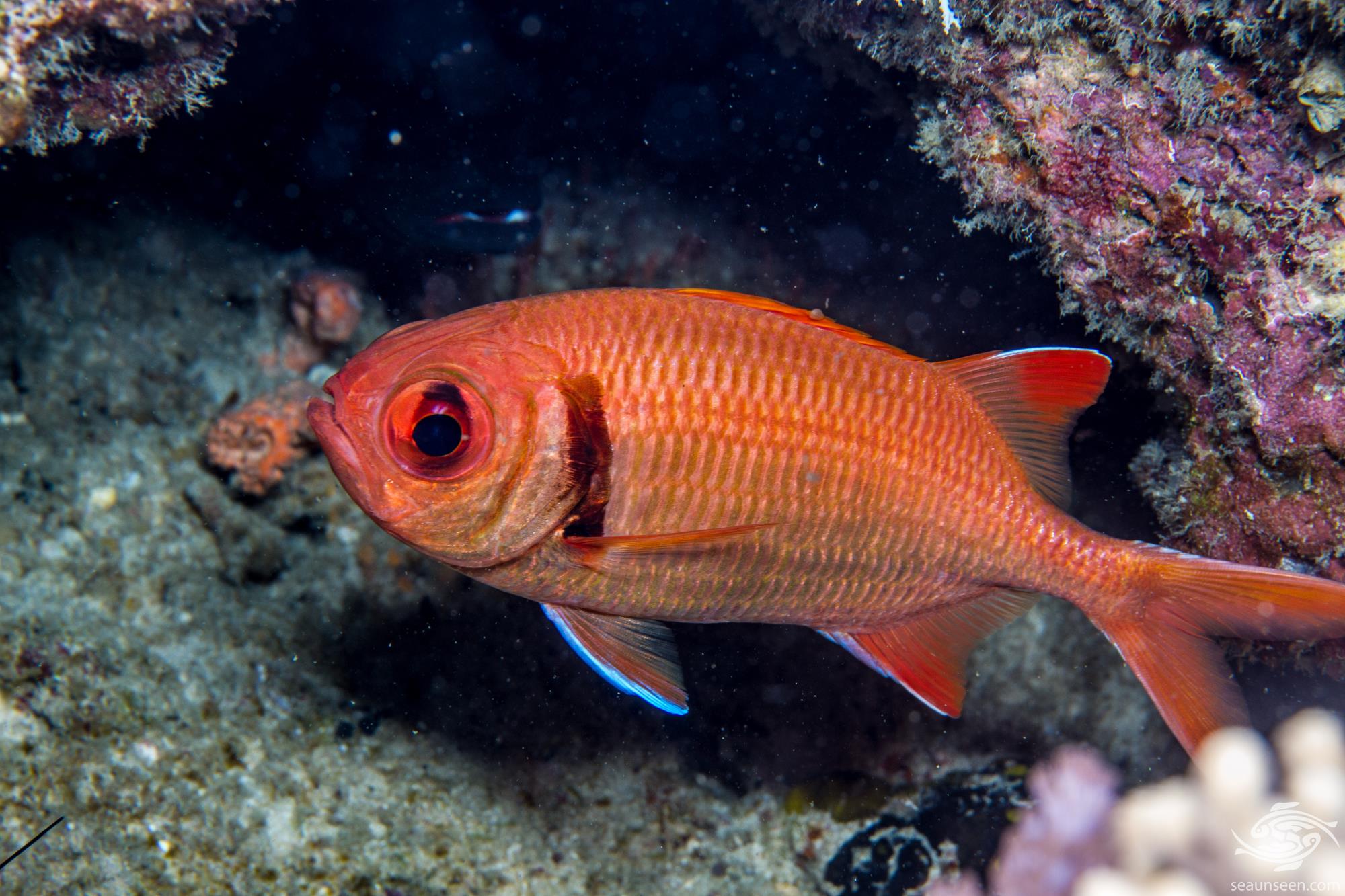 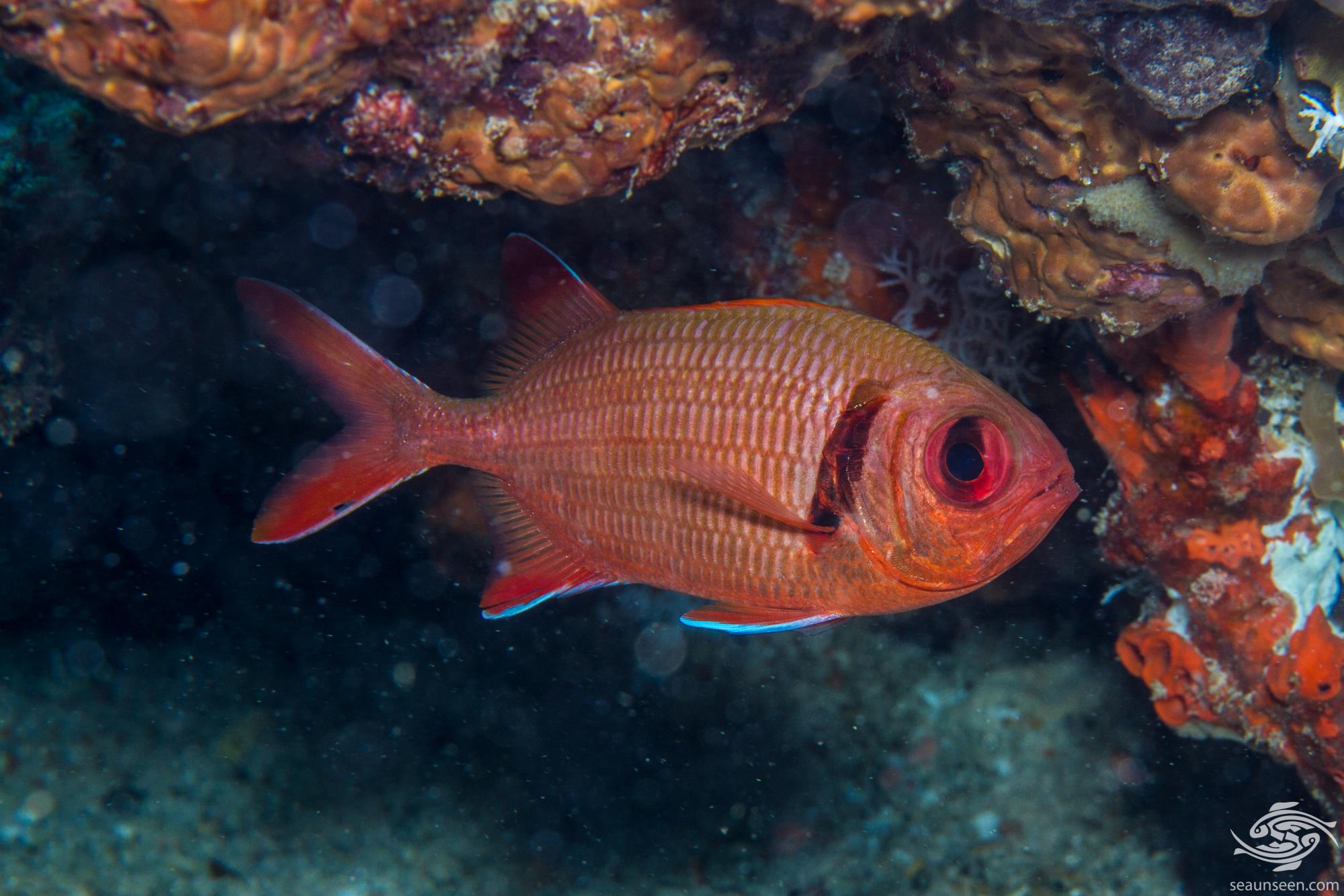 Little is known of Epaulette Soldierfish breeding habits, but they are thought to spawn into the water table where the larvae mature. 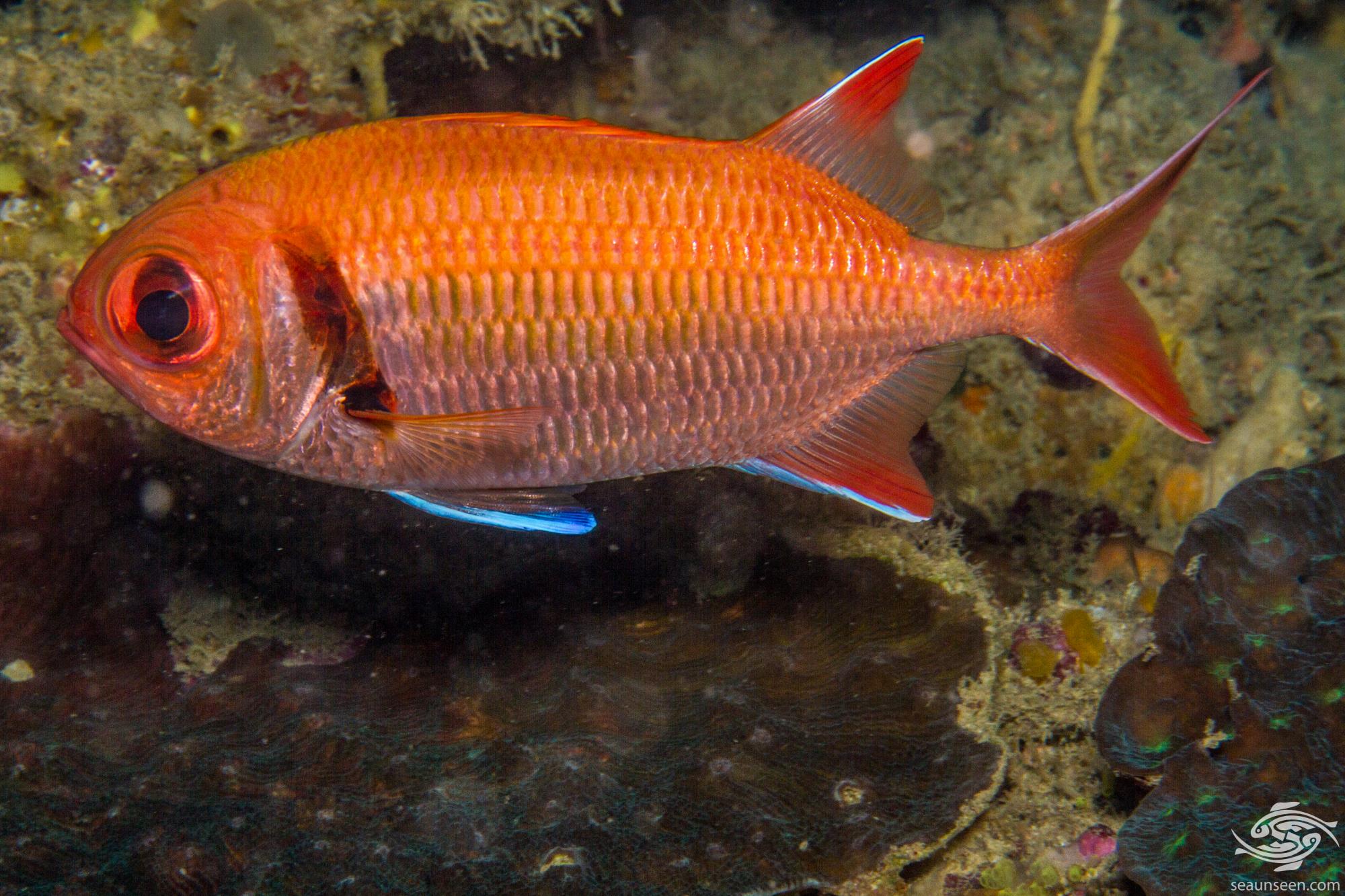 Epaulette Soldierfish are not exploited commercially but they are caught by subsistence fishermen and the flesh is white and reportedly very tasty.

Epaulette Soldierfish fish grow quite large and unless you have a large aquarium of several hundred gallons, you should not keep them. They require an overhang or cave to hide in. If space is at a premium they may become territorial and bully smaller fish who enter their daytime hiding spot. They are easy to feed and care for.