Blacktip sharks (Carcharhinus limbatus) are 0ne of the ocean’s most fascinating predators and are found worldwide in tropical waters. With a streamlined shape, terrifying teeth, and forceful fins – the blacktip shark is designed for predatory excellence. 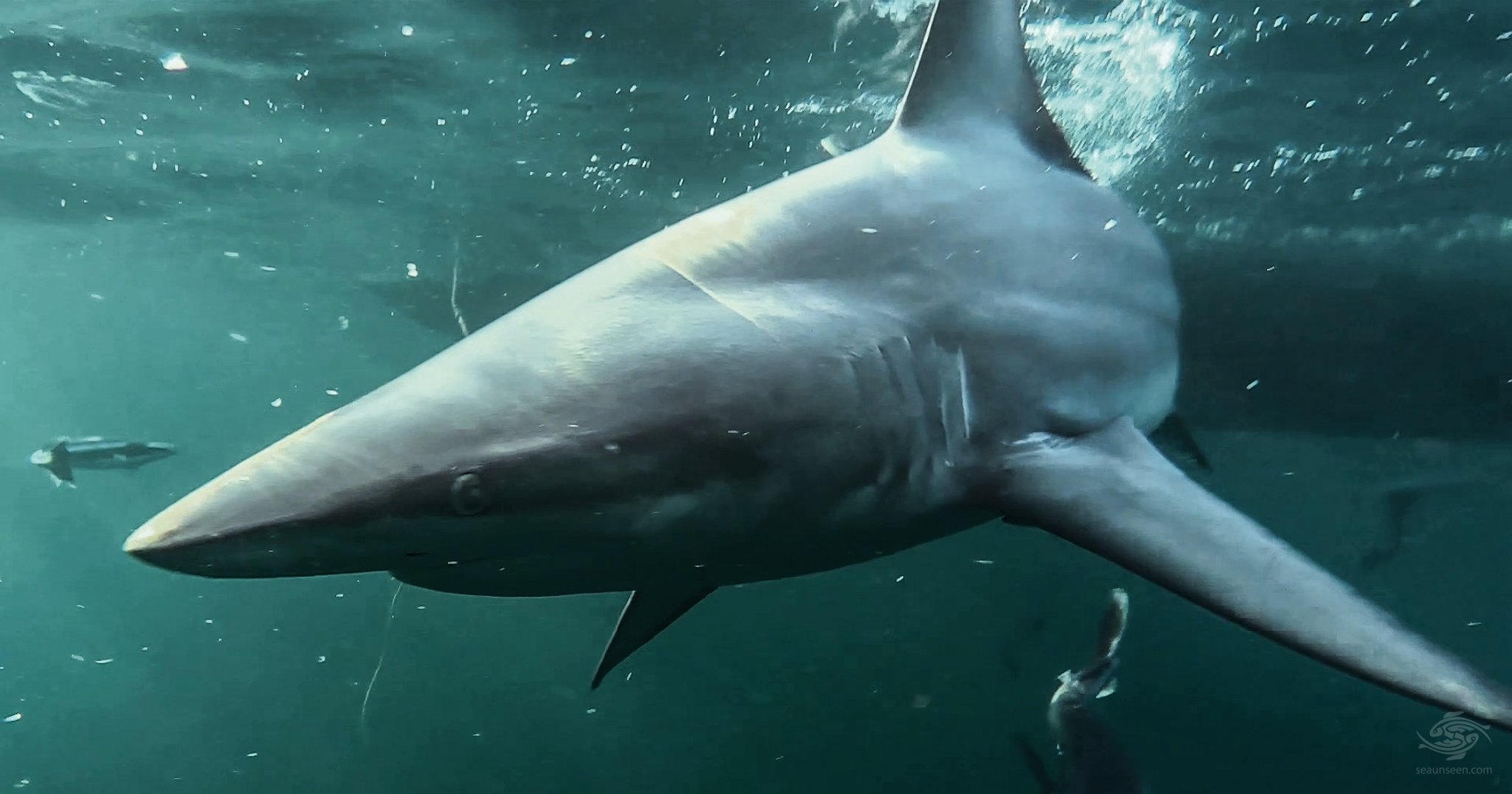 The fins of the shark have black tips, hence their famed name. They generally prefer shallow water and can often be seen swimming close to shore with its dorsal fin poking up through the waves. 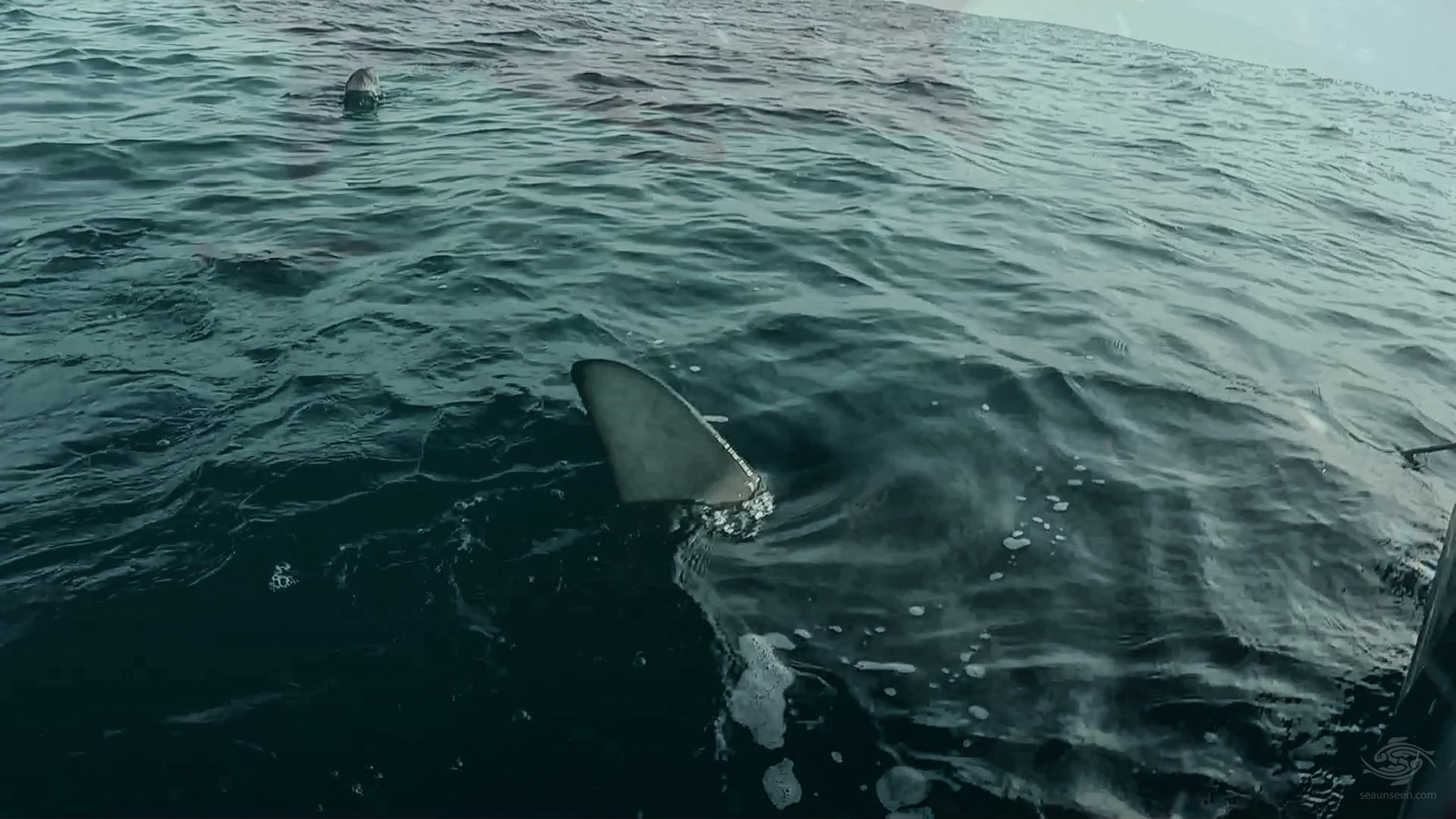 Being about 1-1/2 meters in length, and streamlined to perfection, the blacktip shark is a compact triumph of nature’s design. Their robust, torpedo shaped body equips them to rifle through the water at tremendous speeds. 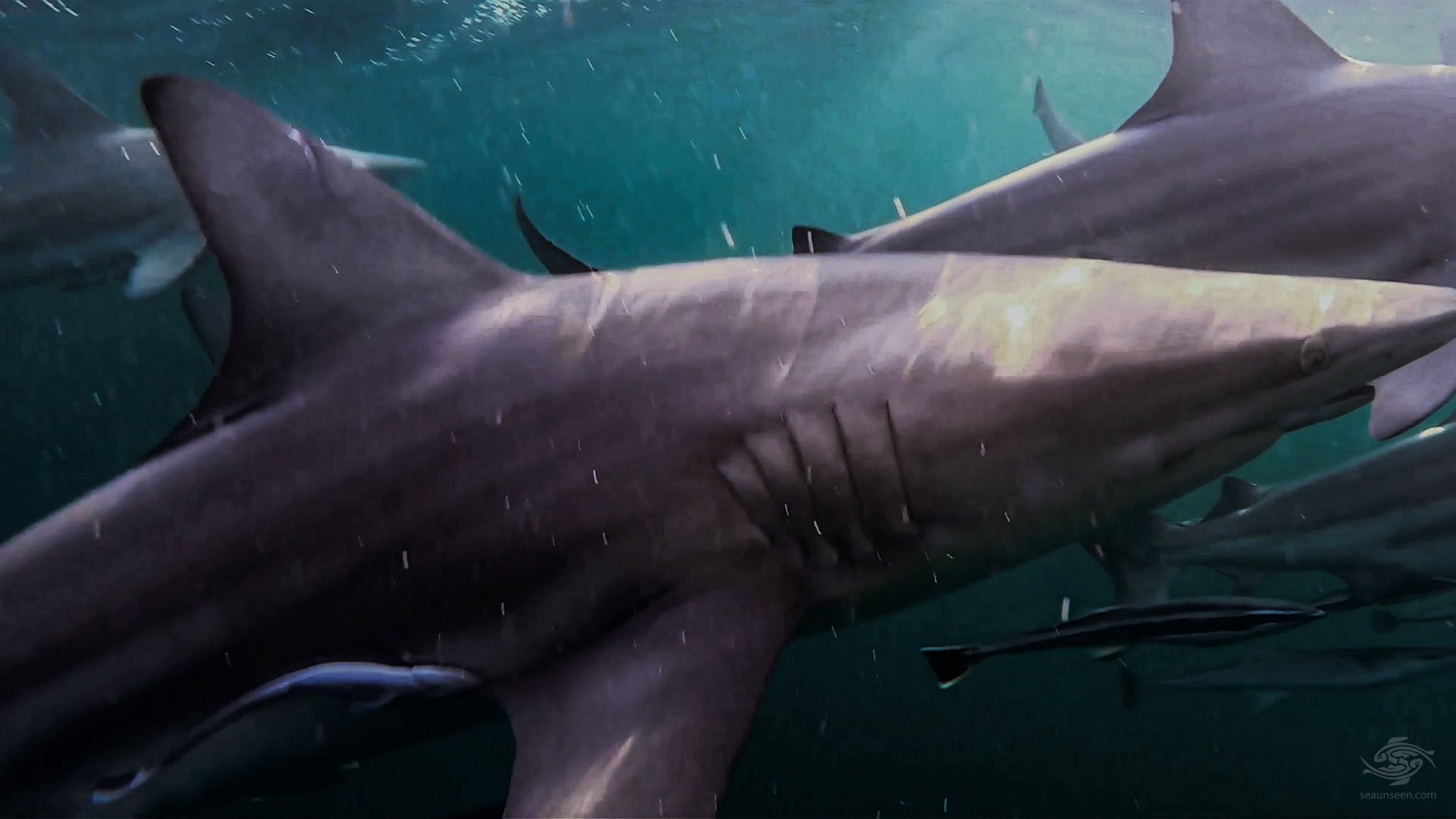 In addition to its physical build, the skin of the Blacktip shark is composed of dermal denticles, backward facing, tiny tooth-like scales that cover a shark’s body, this helps the shark swim faster and more efficiently by reducing water resistance. Make no mistake, this is an animal built for speed. 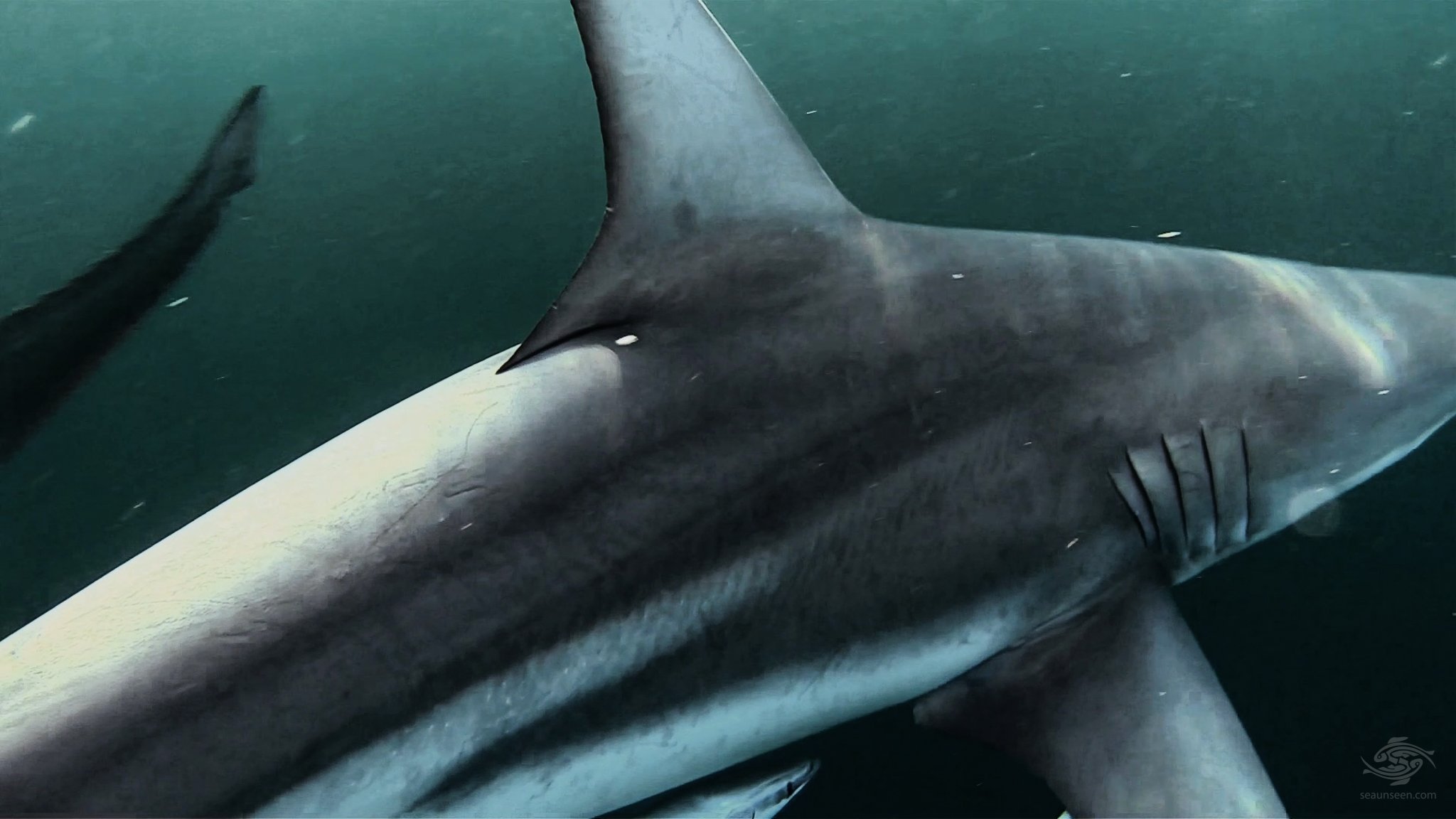 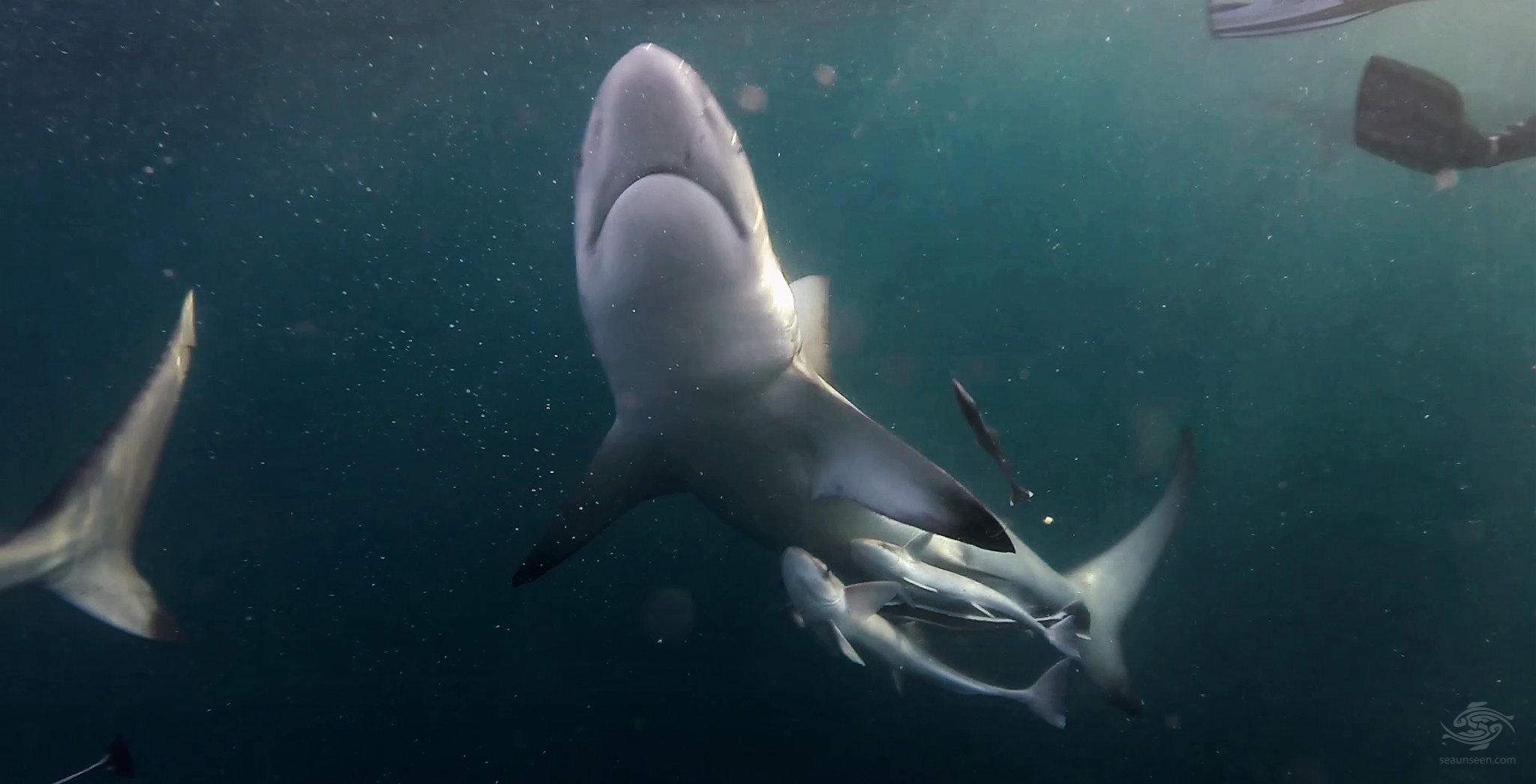 The bulk of the blacktip’s speed comes from the tail fin with provides it initial thrust by swaying back and forth, pushing the water and propelling the shark forward. 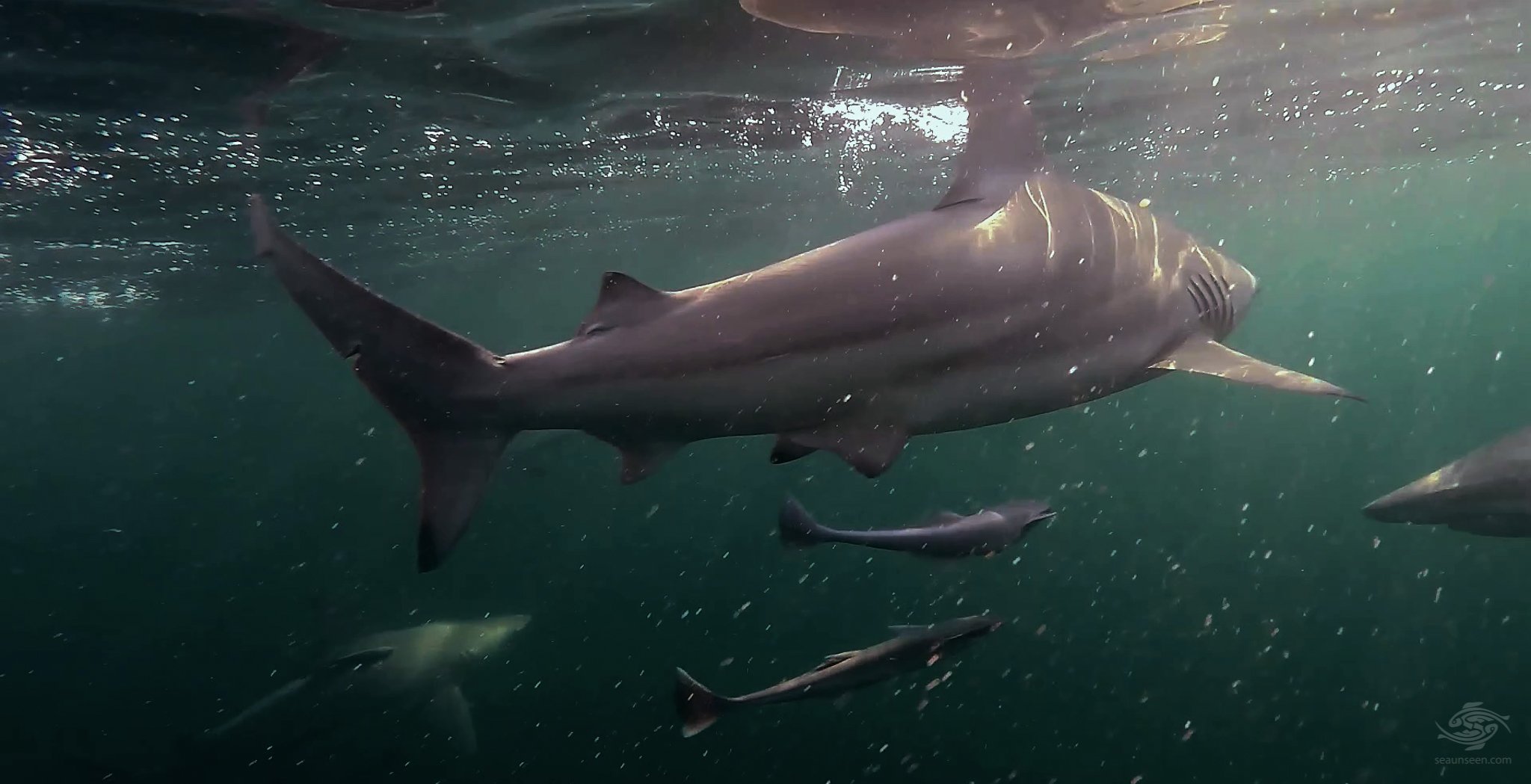 Large pectoral side fins provide the lift needed for the shark to continue moving at a steady pace and counter gravity lifting force which assists the shark in maintaining depth. The blacktip shark’s ironically-tipped dorsal fin helps the animal steer itself. And together with the pectoral fins, it also helps provide the shark stability in the water.

The jaws of the Blacktip shark are filled with some of nature’s deadliest teeth, triangular in shape, with an extremely sharp point and serrated edges, perfect for tearing through flesh and make light work of even the toughest catch. 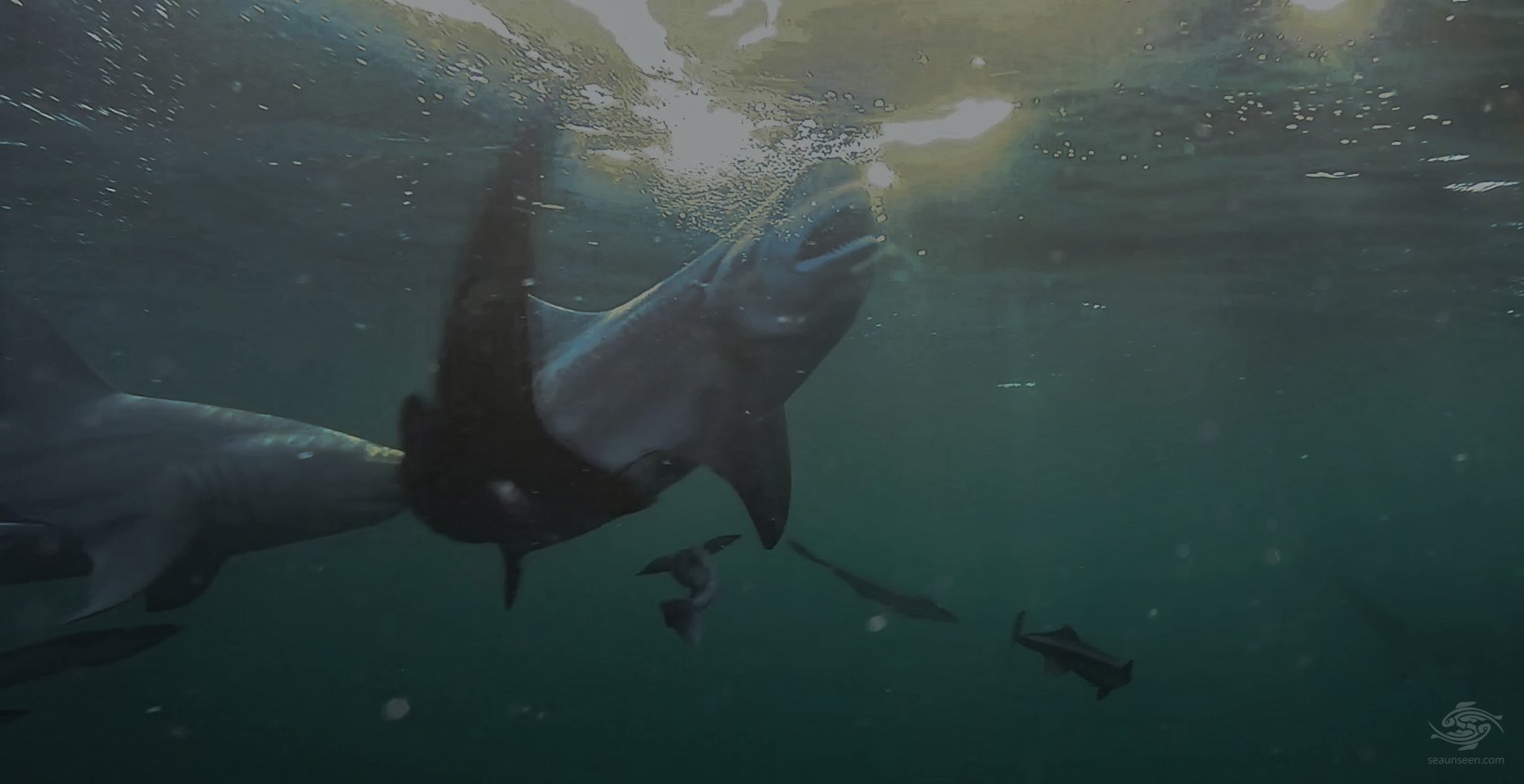 Their oval shaped eyes, adapt quickly to low light levels, making it easy to focus on the moving prey, and when ready they dart at sudden speed, piercing the flesh with their elongated teeth. 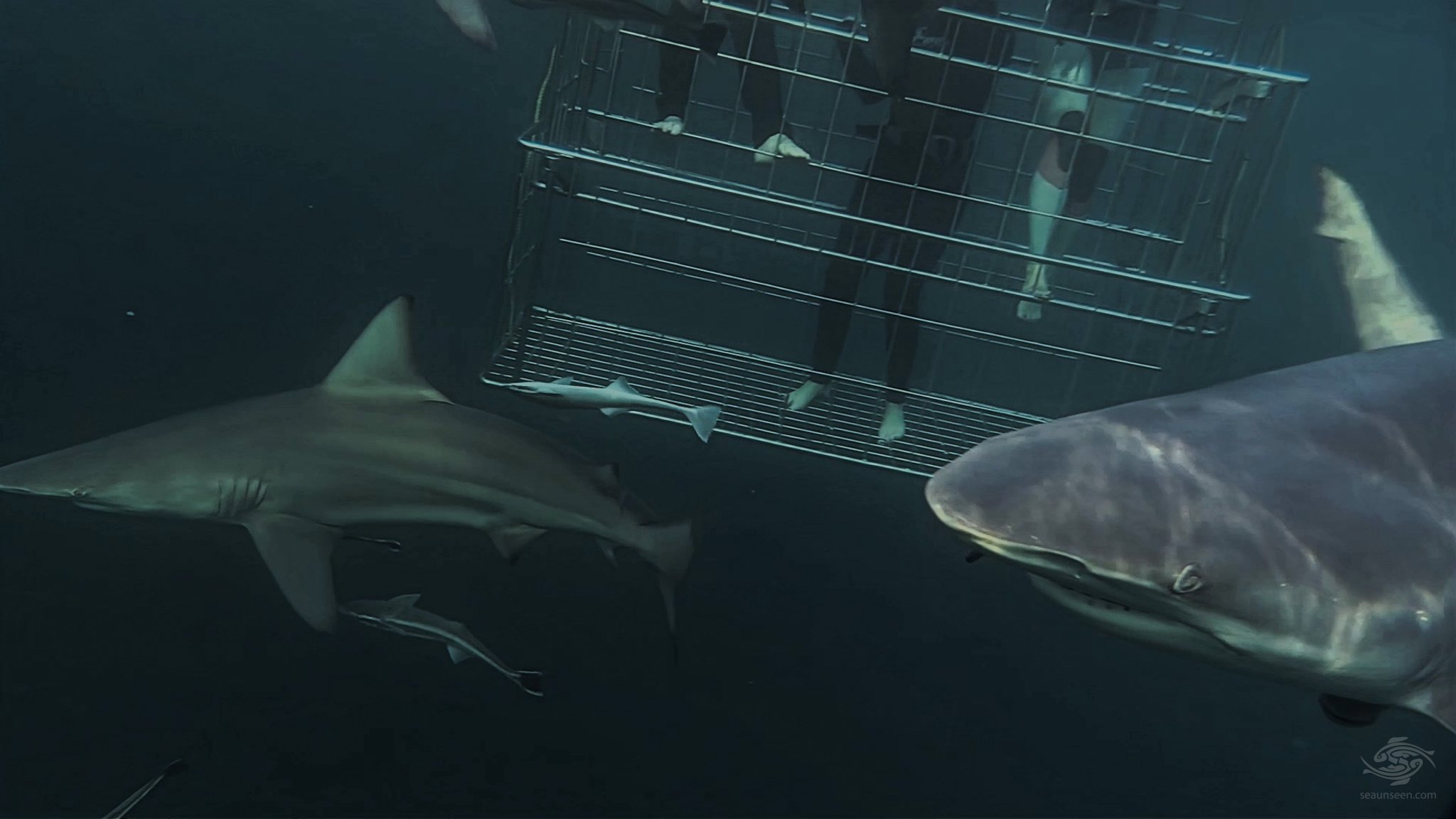 This extremely fast, energetic predator, eats breakfast but is more active at night, hunting in groups of varying size or alone.

Blacktip sharks are usually curious towards divers and swimmers but often remain at a safe distance. They are shy and tend to swim away rather than to attack people. Under most circumstances, this timid shark is not regarded as highly dangerous to humans but it may become aggressive in the presence of food, and their size and speed invite respect. 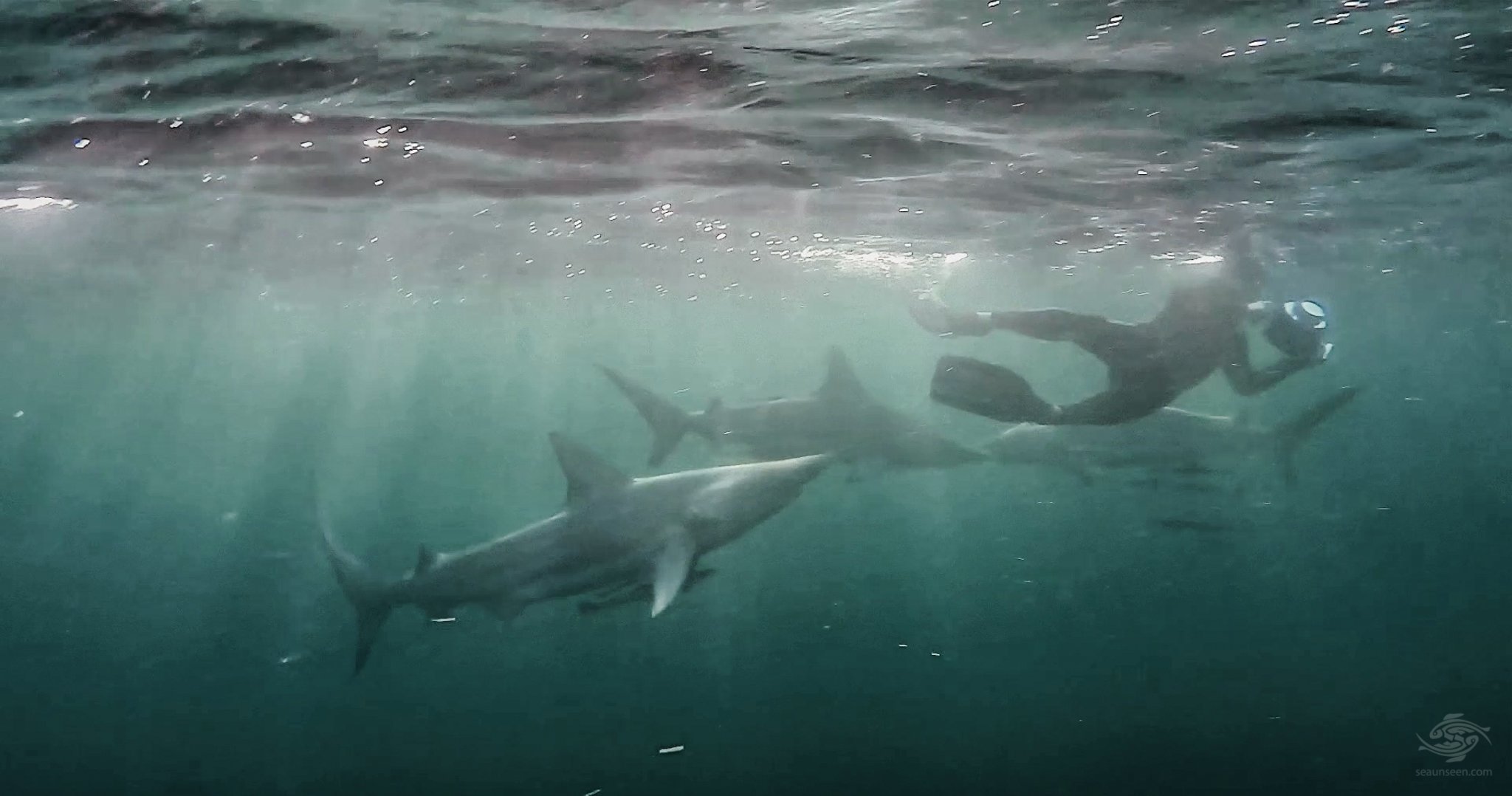 Interestingly enough, blacktip sharks are the one of the only shark species that must swim constantly with their mouths open. This allows oxygen-rich water to flow over the gills or breathing structures, located in five separate slits on each side of the head. Since sharks don’t have a swim bladder like bony fish, they’ll sink to the bottom of the sea if they stop swimming. 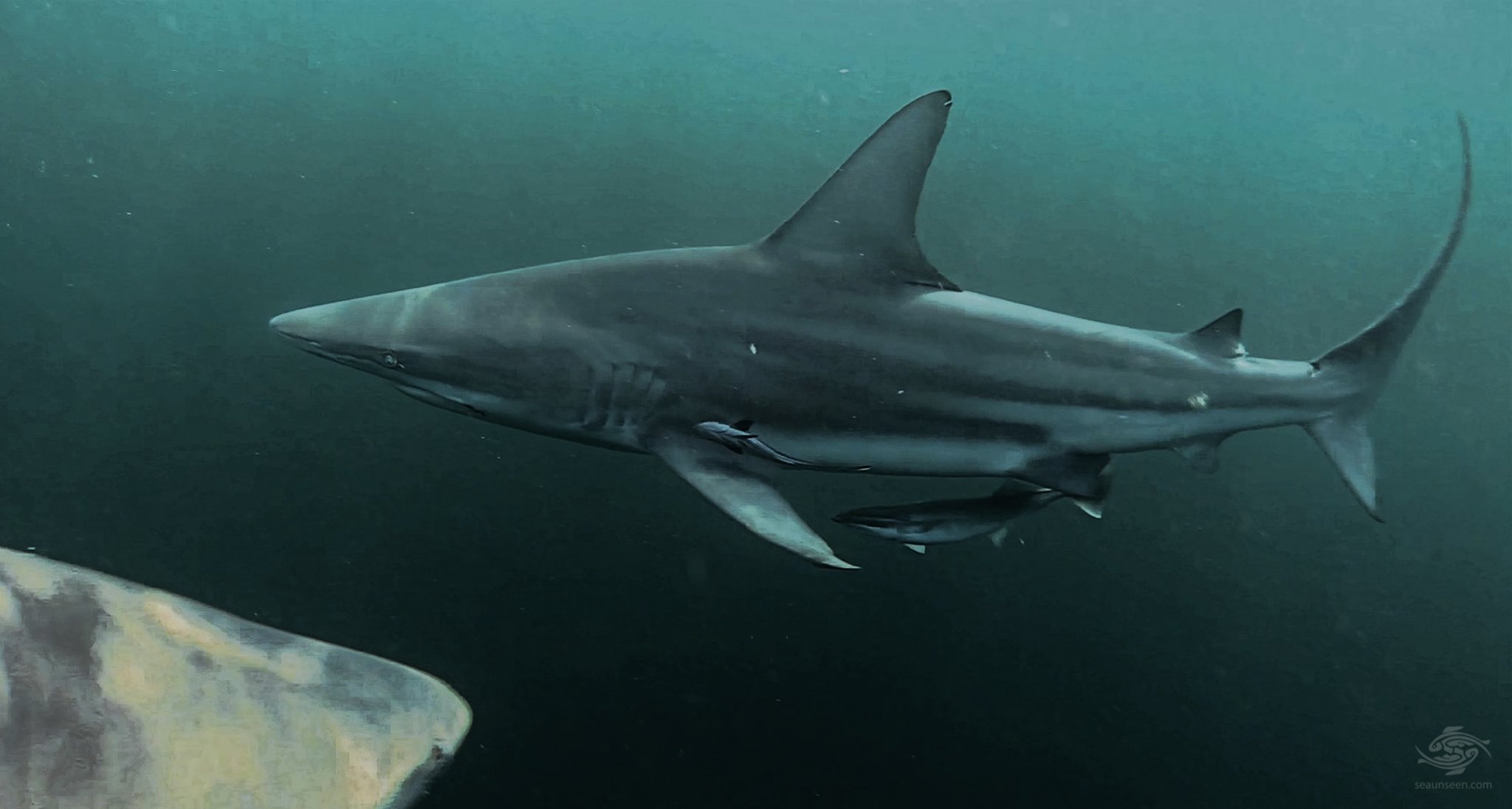