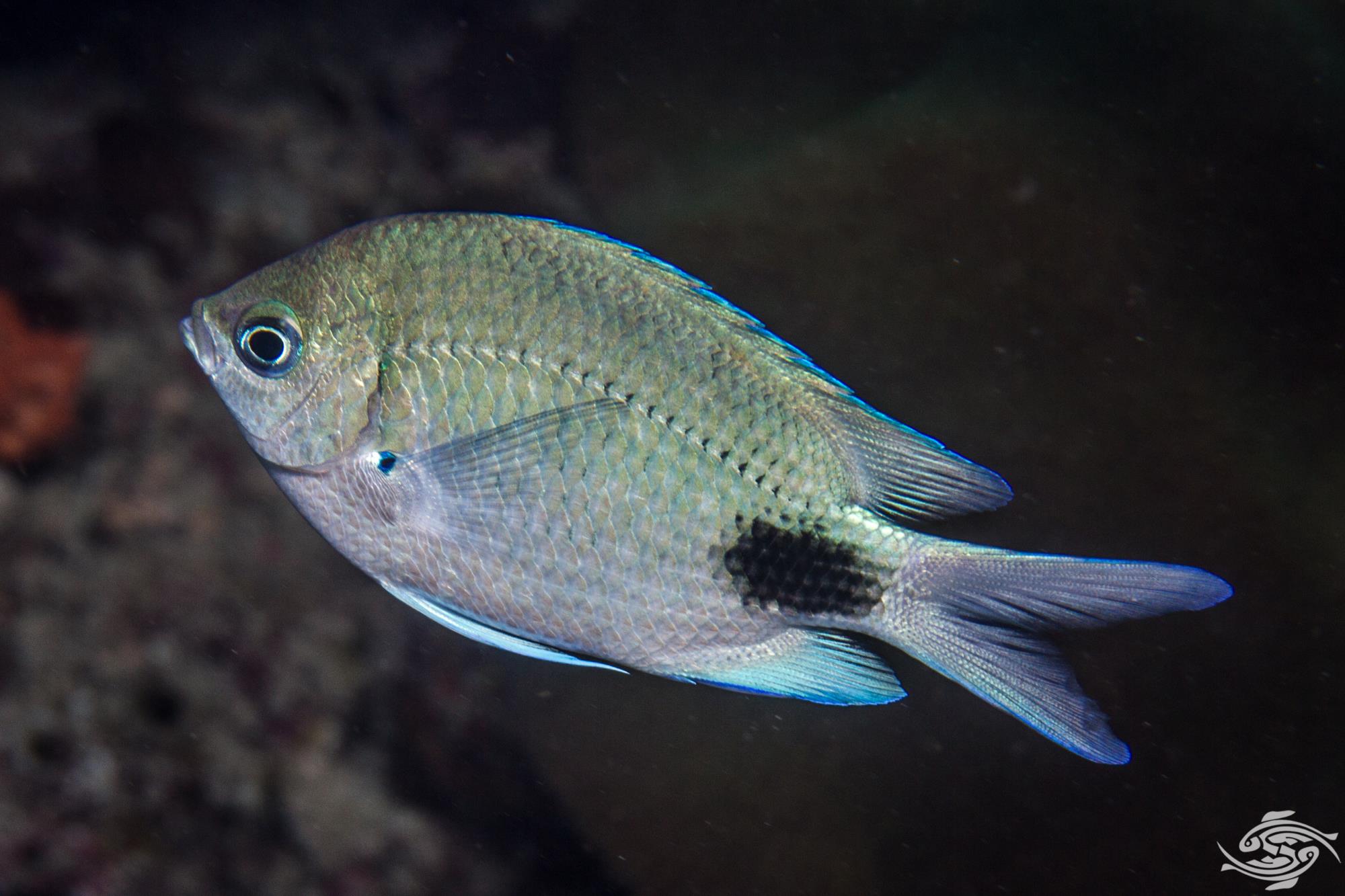 The False-eye Damselfish Abudefduf sparoides is also known as the False-eye Sergeant. Compared to most Damselfish the have a very small range. Even within the range they are not a commonly seen fish. 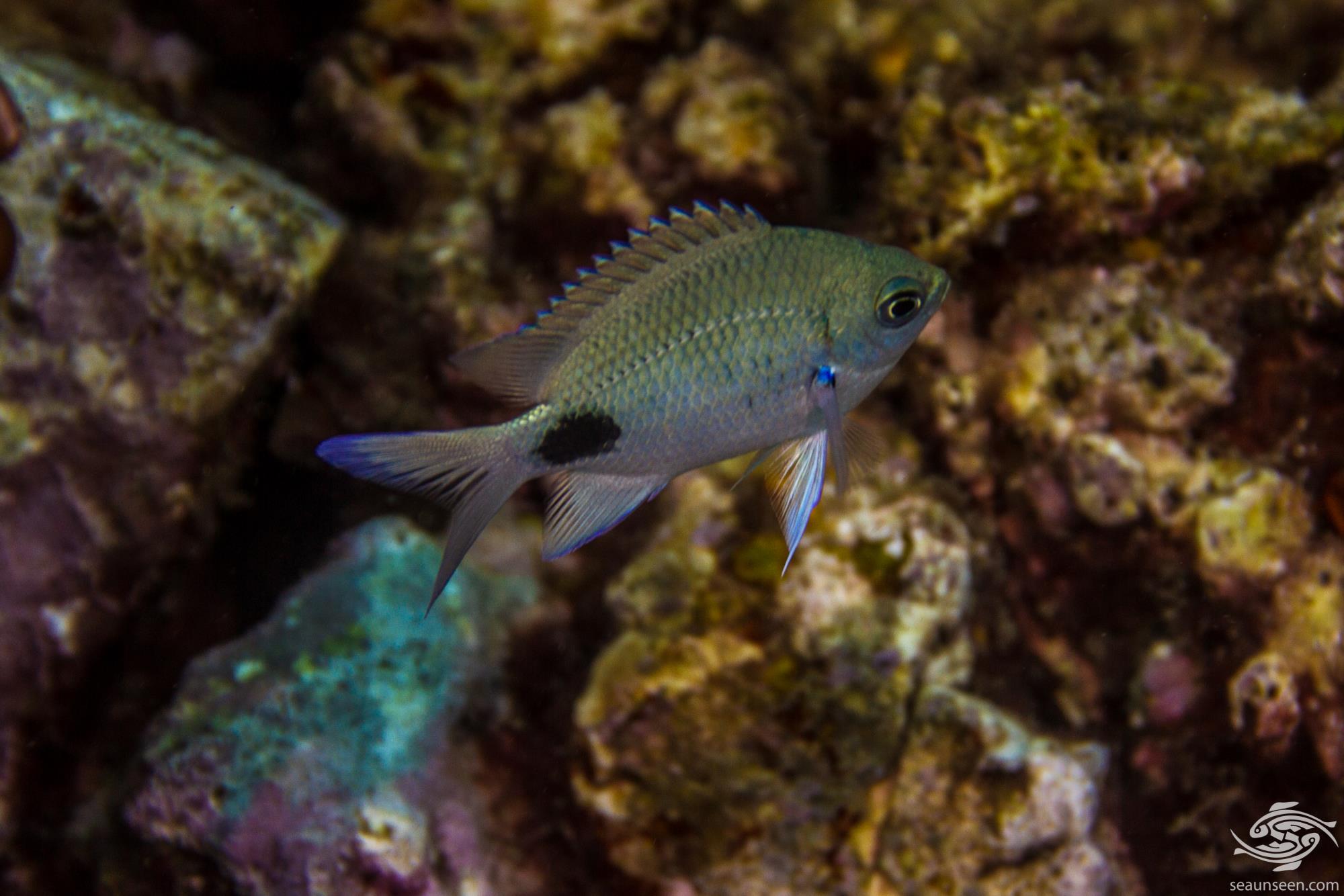 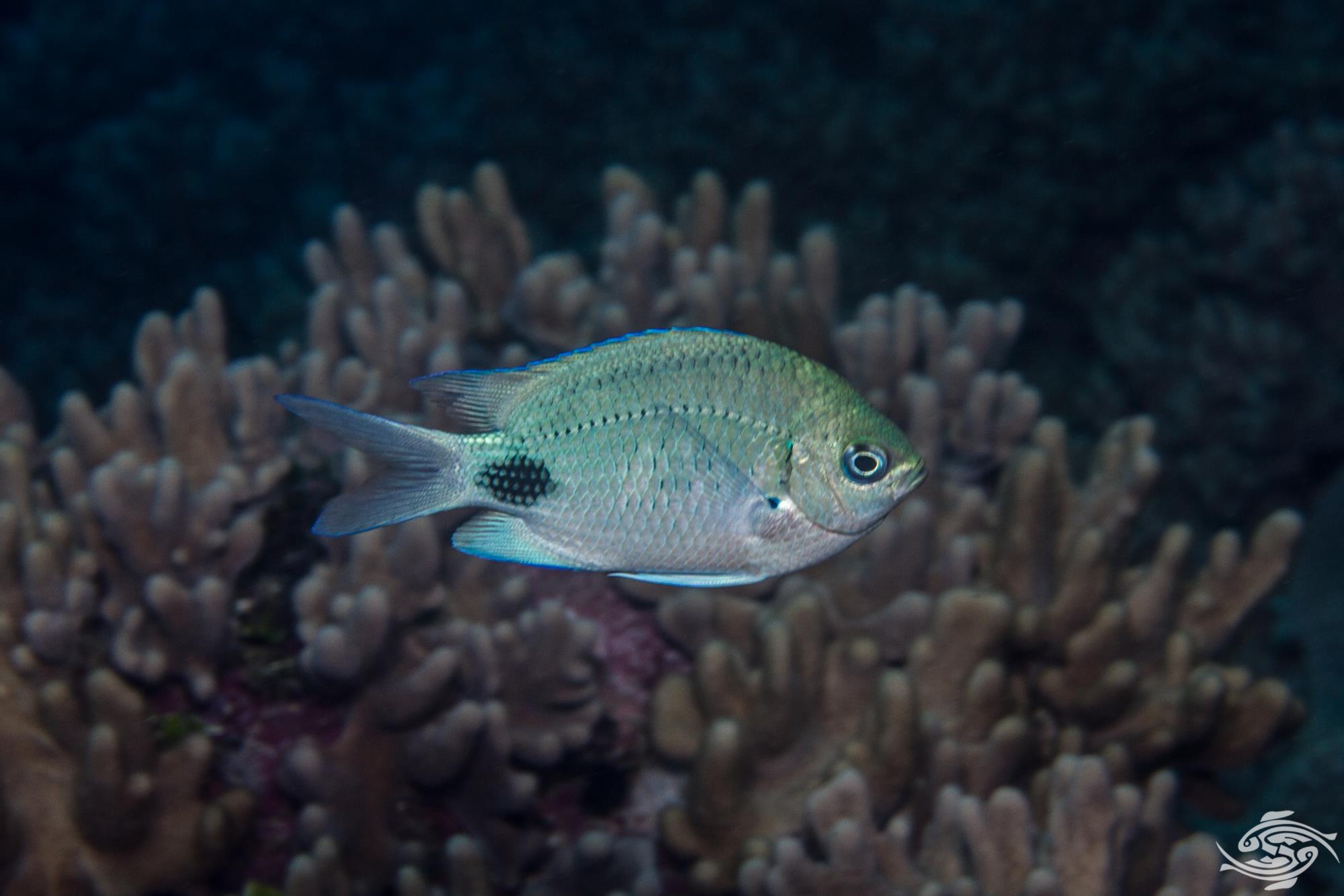 FALSE-EYE DAMSELFISH IN THE WILD

They are not a very common fish on Tanzanian reefs but neither are they uncommon. They are usually seen on protected reefs to a depth of 12 to 14 meters and congregate in loose shoals of up to thirty fish. When a diver approaches the shoal disperses rather than collectively hiding. After the diver leaves the area the shoal reforms. 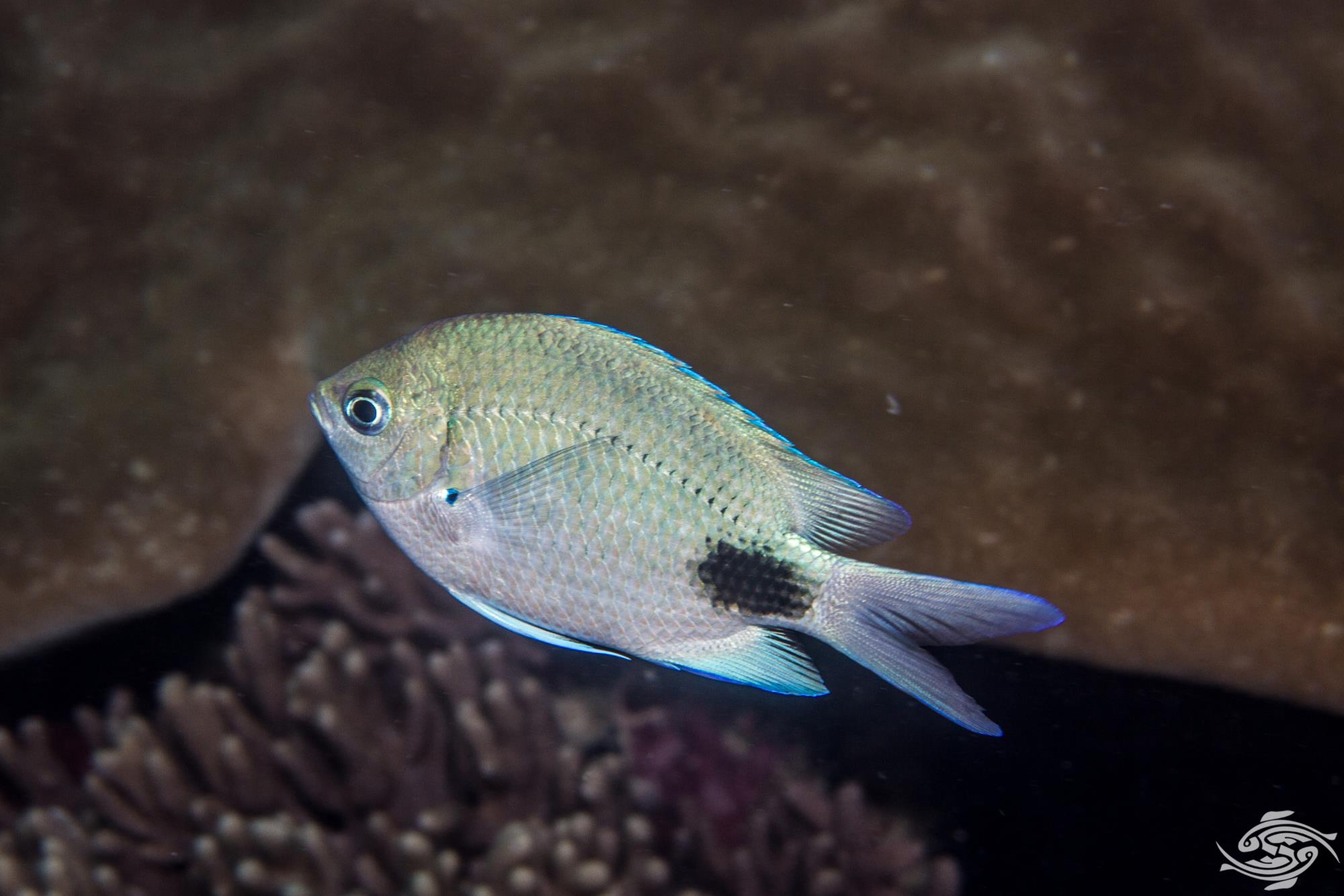 The False-eye Damsel is found in the west Indian ocean from Kenya down to South Africa. They are also found on the West Indian ocean islands including Aldabra, Madagascar, Reunion and Mauritius.  In Tanzanian waters they are usually found between 3 and 14 meters. They are found on protected reefs that sometimes experience a surge. 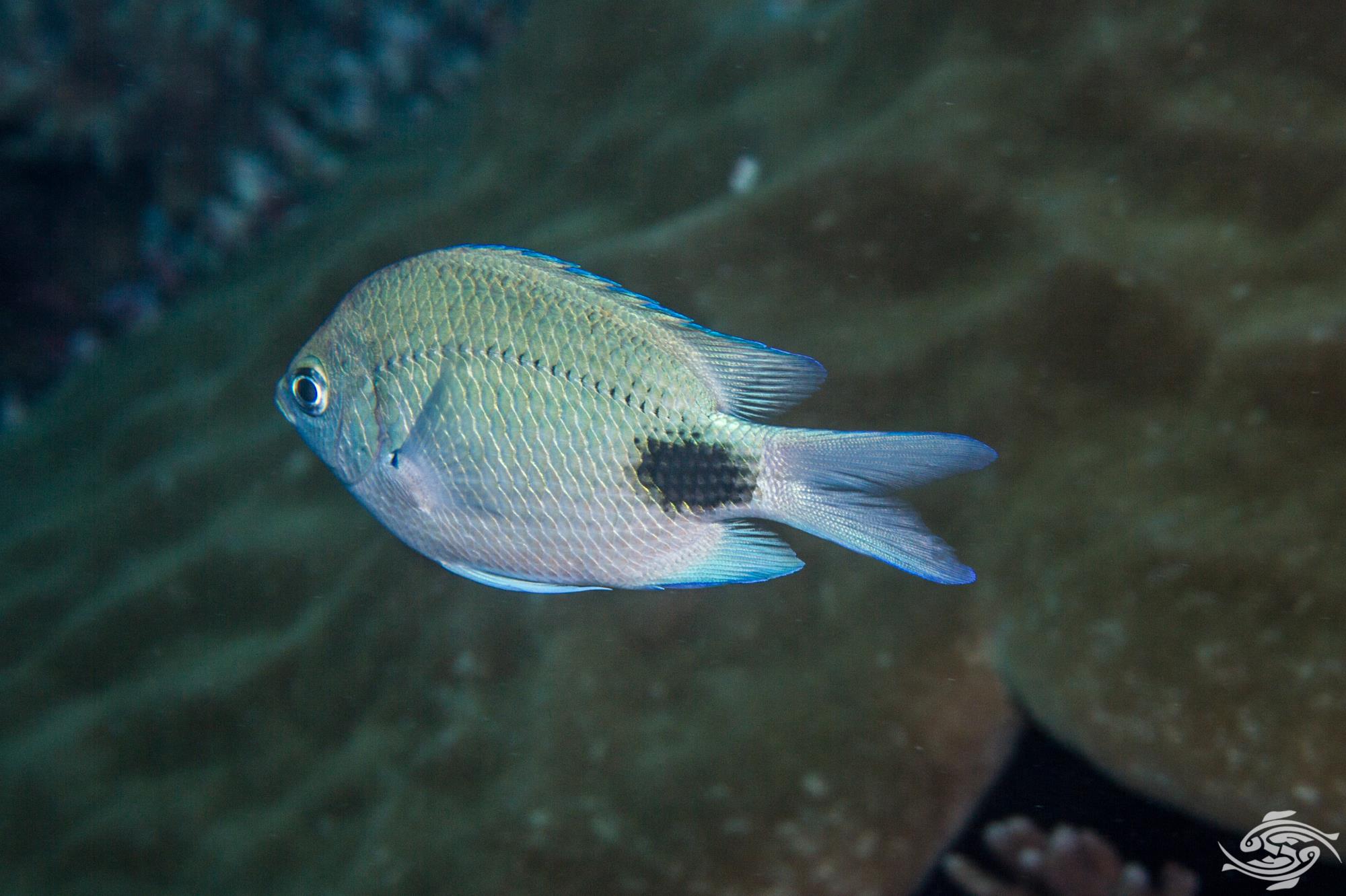 The False-eye Damselfish feed predominantly on algae and may supplement their diet on zooplankton. 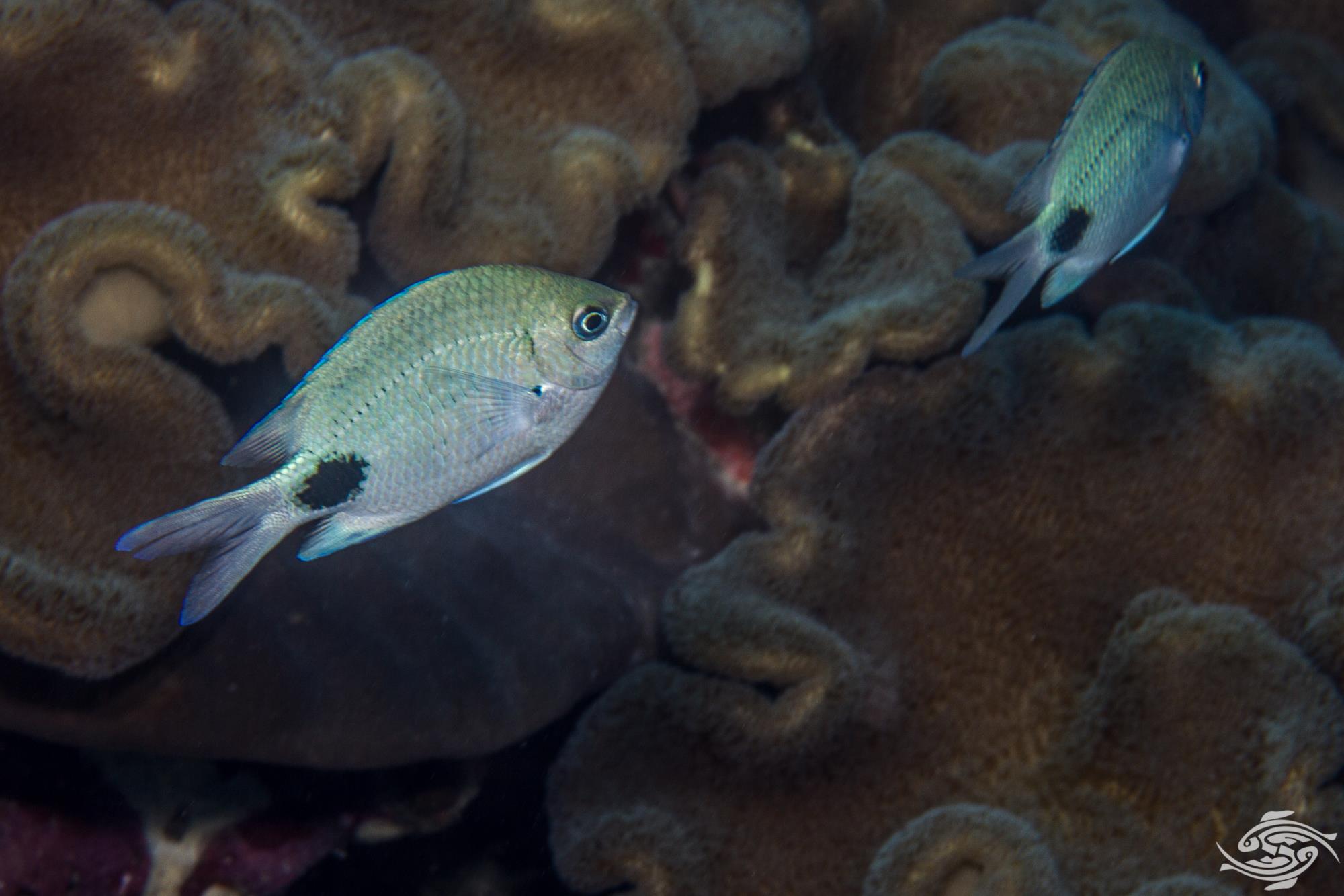 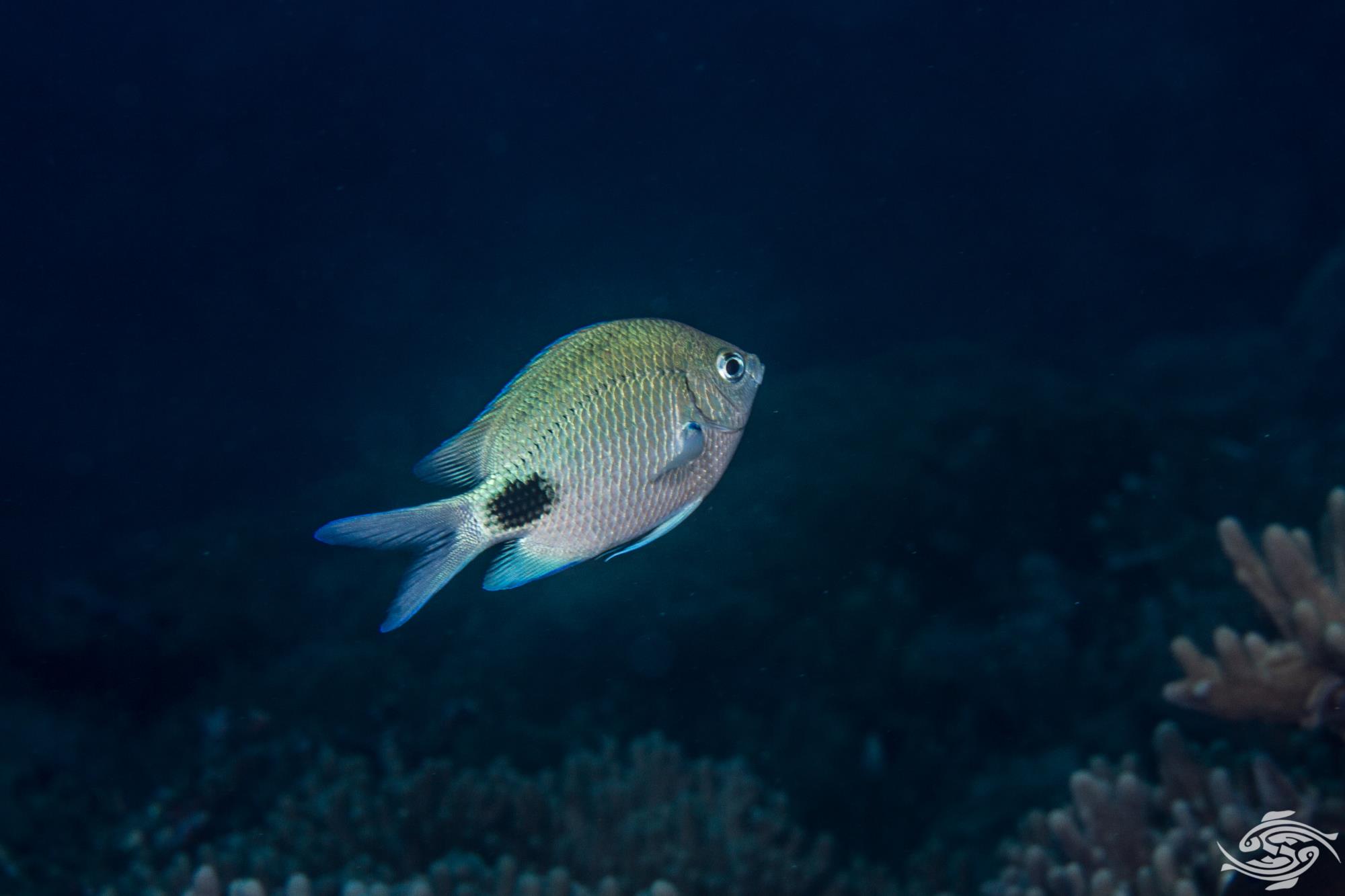 They are hardy fish and would be easy to keep in an aquarium. However they would undoubtedly become highly territorial. It is almost a certainty that they will harass and beat up more peaceful fish. 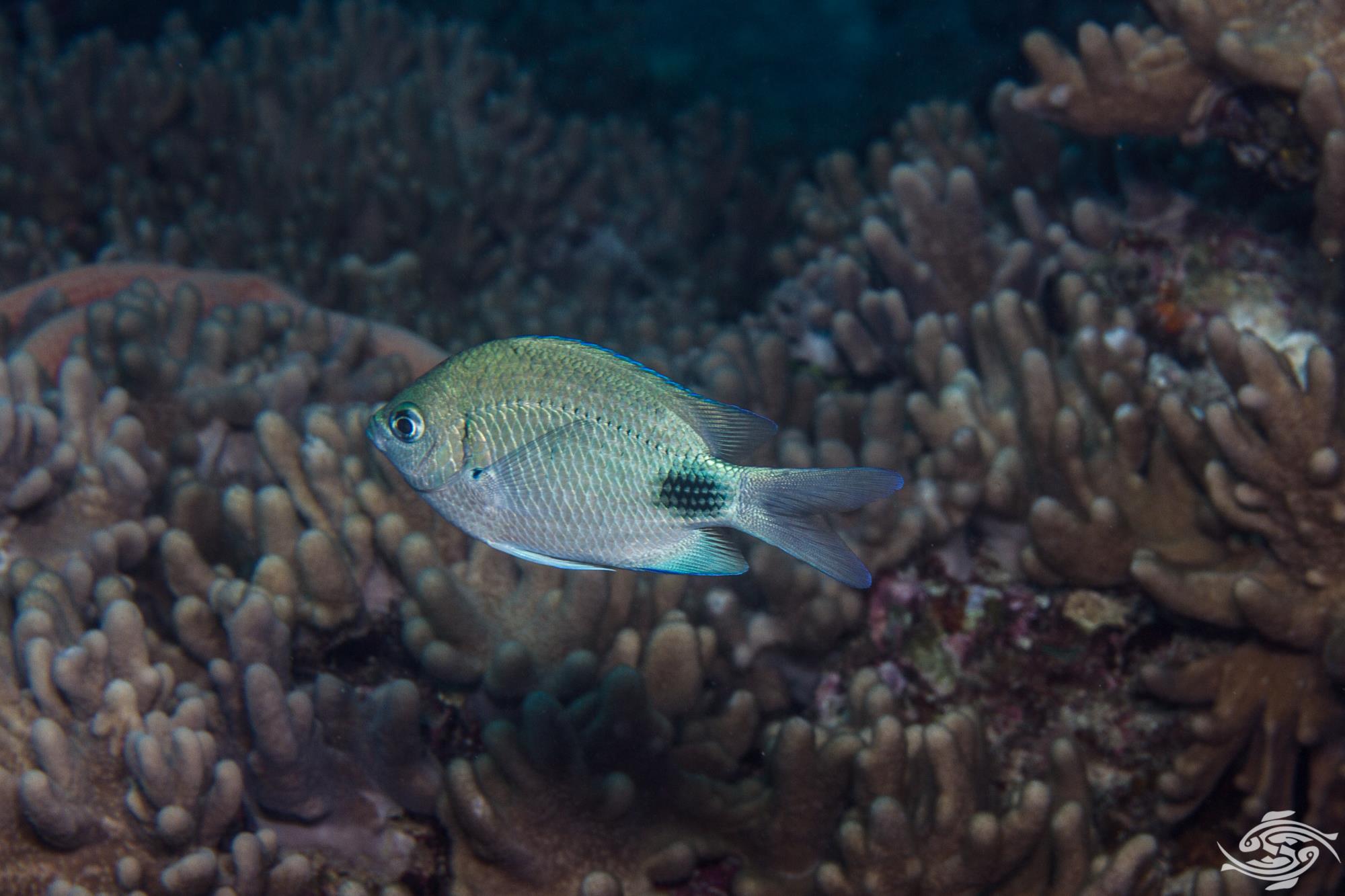