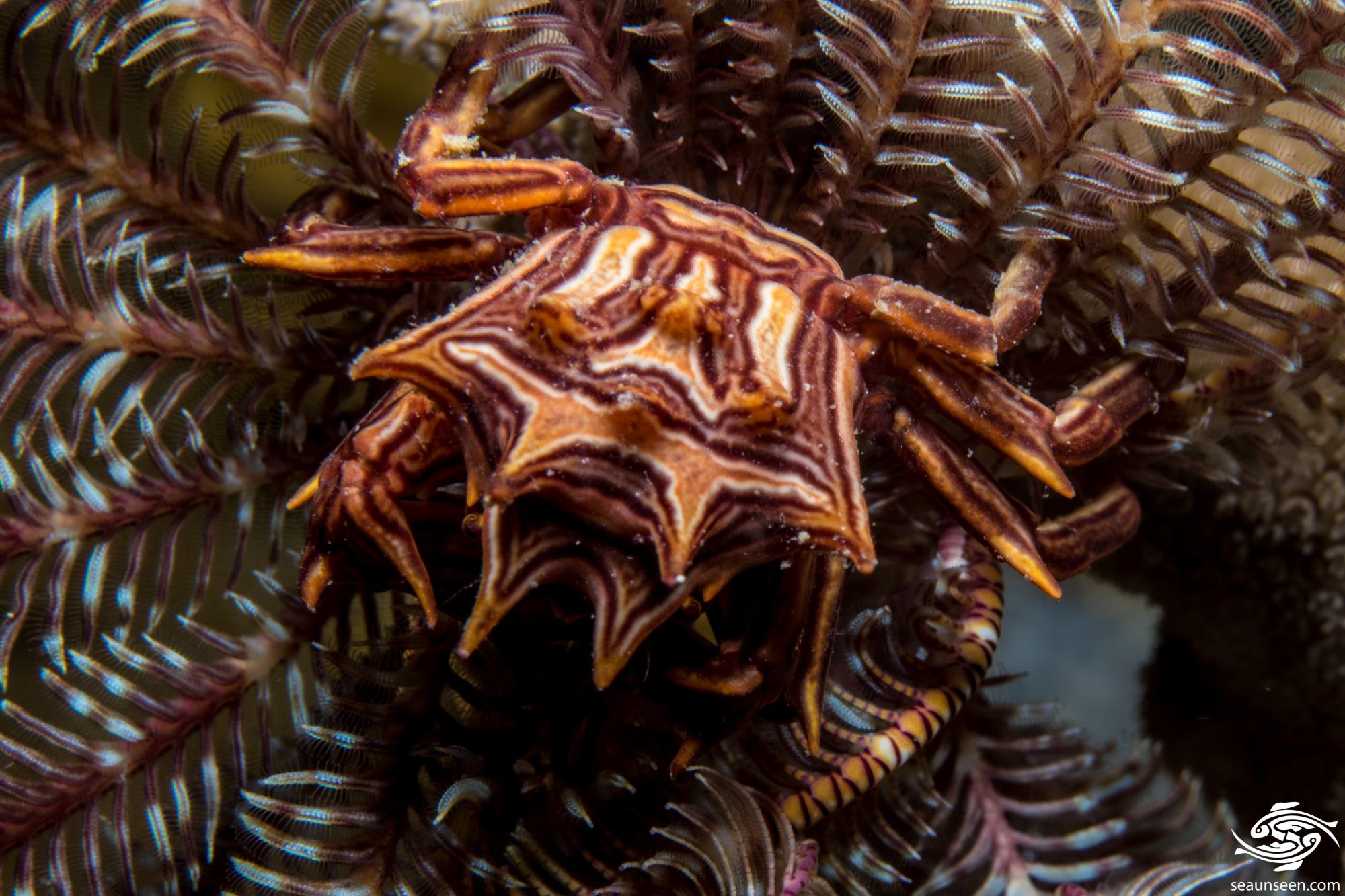 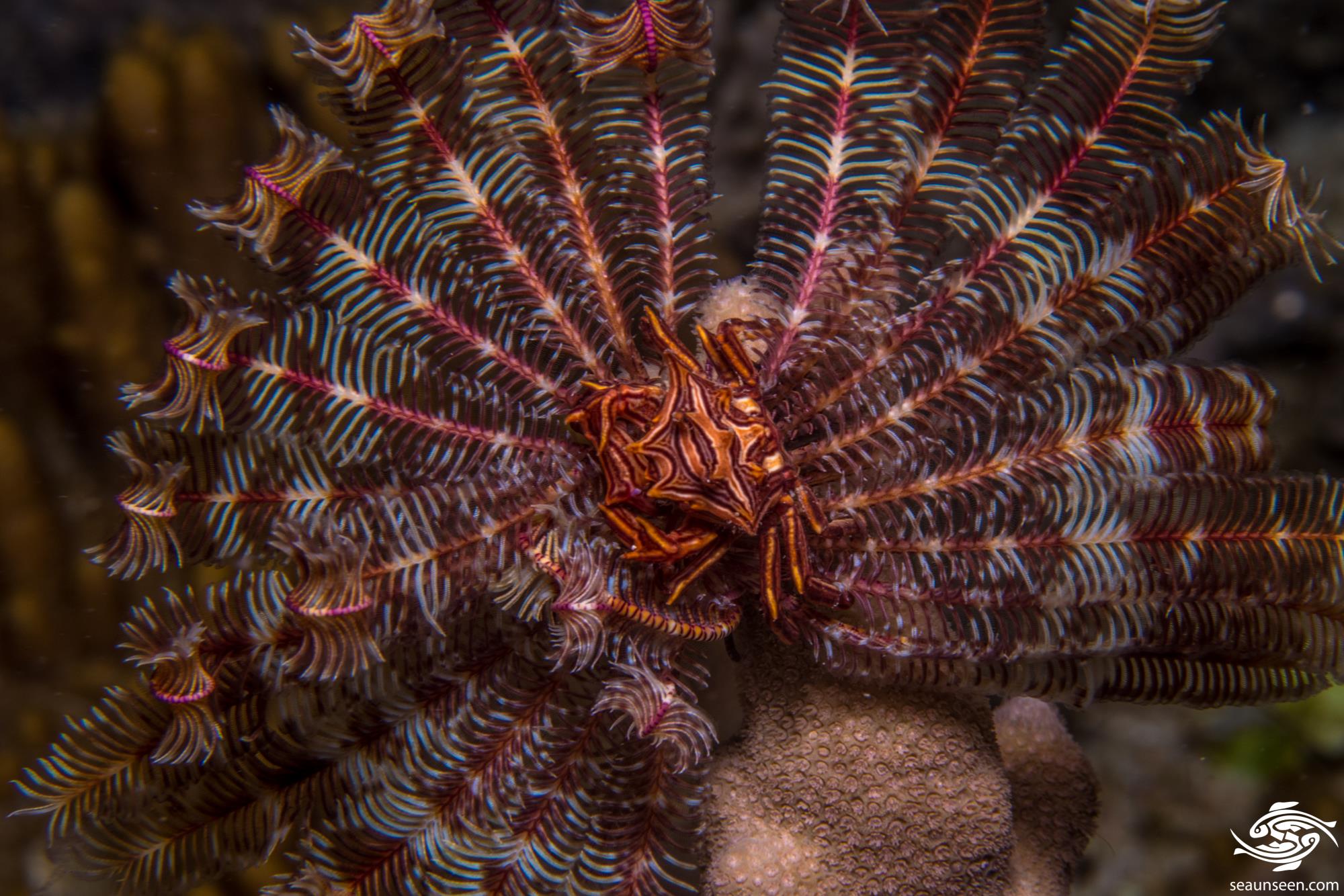 The Feather Star Crab (Tiaramedon spinosum) is not commonly seen in Tanzanian waters and this is likely a function of both their cryptic habits and camouflage making them difficult to spot and their rarity. Additionally their Feather Star hosts are nocturnal as a rule and this means they are not seen that often. One has to look really carefully to find them. They are decapod crustaceans in the Superfamily Brachyura, in the Pilumnidae family,  they were first described by Miers in 1879 with the holotype being from the Eastern Seas. 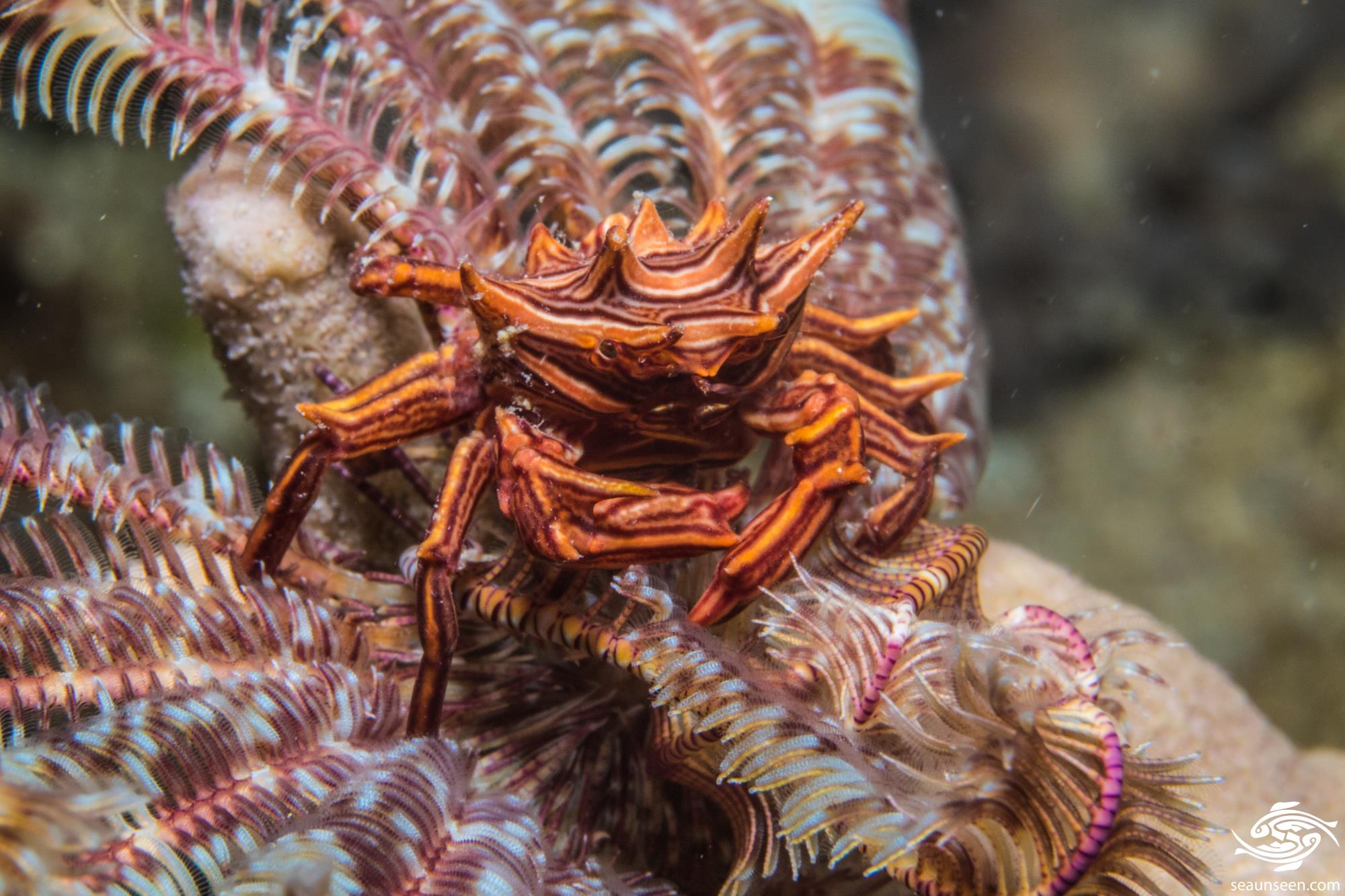 The colors apparently vary from solid brown to brown with a series of lines across the body and legs. It is not known if their colors match the host as one seldom sees them. More data is needed on this point. 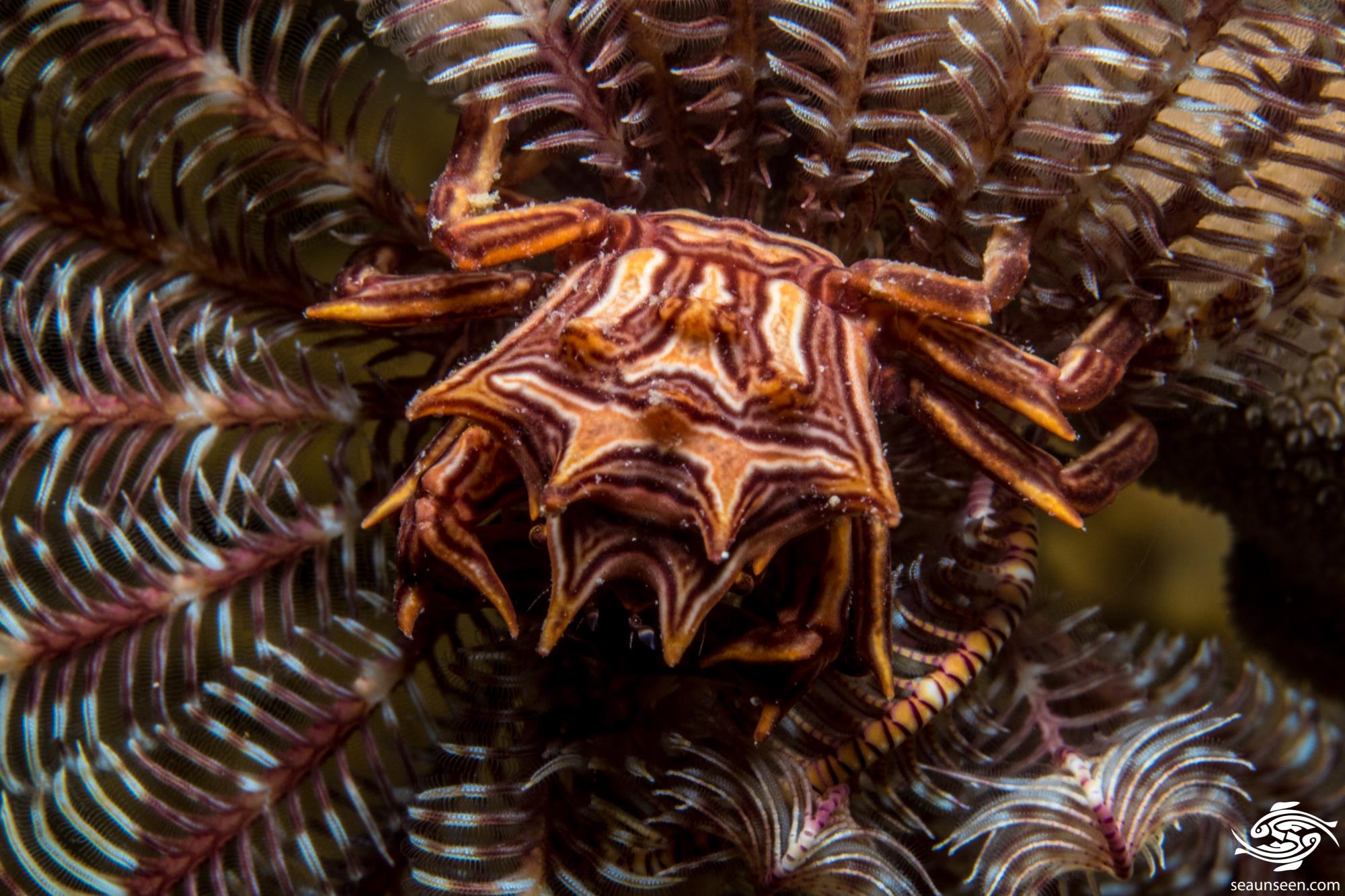 FEATHER STAR CRAB IN THE WILD

In Tanzania Feather Stars are mainly seen out at night but one occasionally sees them out during the day. On some night dives there are very large numbers out and on others there are not that many. This seems to be tied to the Lunar cycle and water temperatures and tides but there is little certainty on this point.

Their relationship of the crab with their host is described as being that of obligate commensals but little seems known of the details of this relationship. They are normally found on two species of Feather Stars, Lamprometra and  Heteromet. 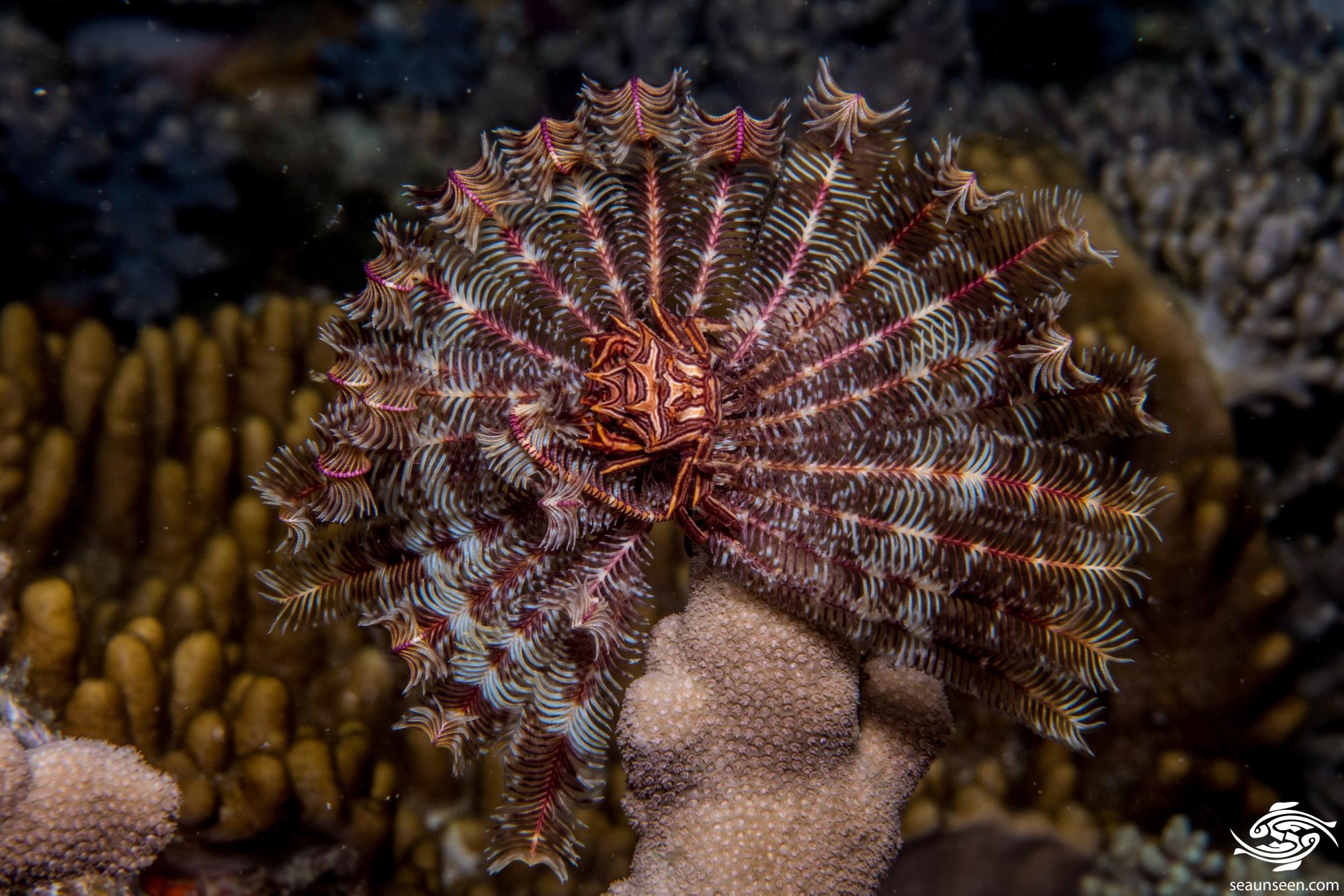 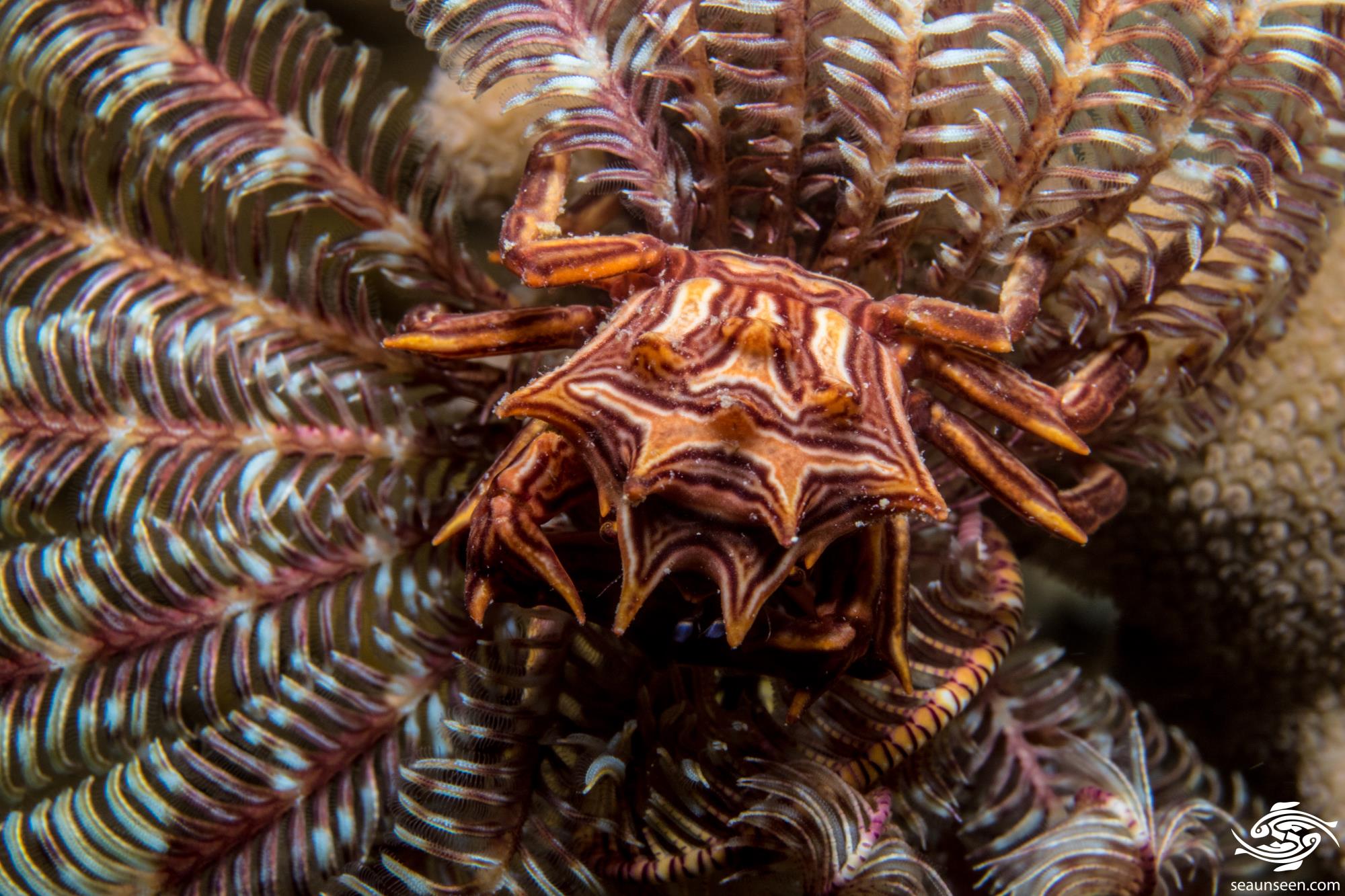 Feather Star Crab reportedly have a specialized diet but there is little information on quite what this diet is. It is assumed they feed on planktonic matter which they remove off the host Feather Star. Additionally Feather Stars are known to attract large numbers of copepods and possibly they feed on these copepods keeping the numbers down. There is some research that indicates they may also feed on secretions from the Feather Stars. 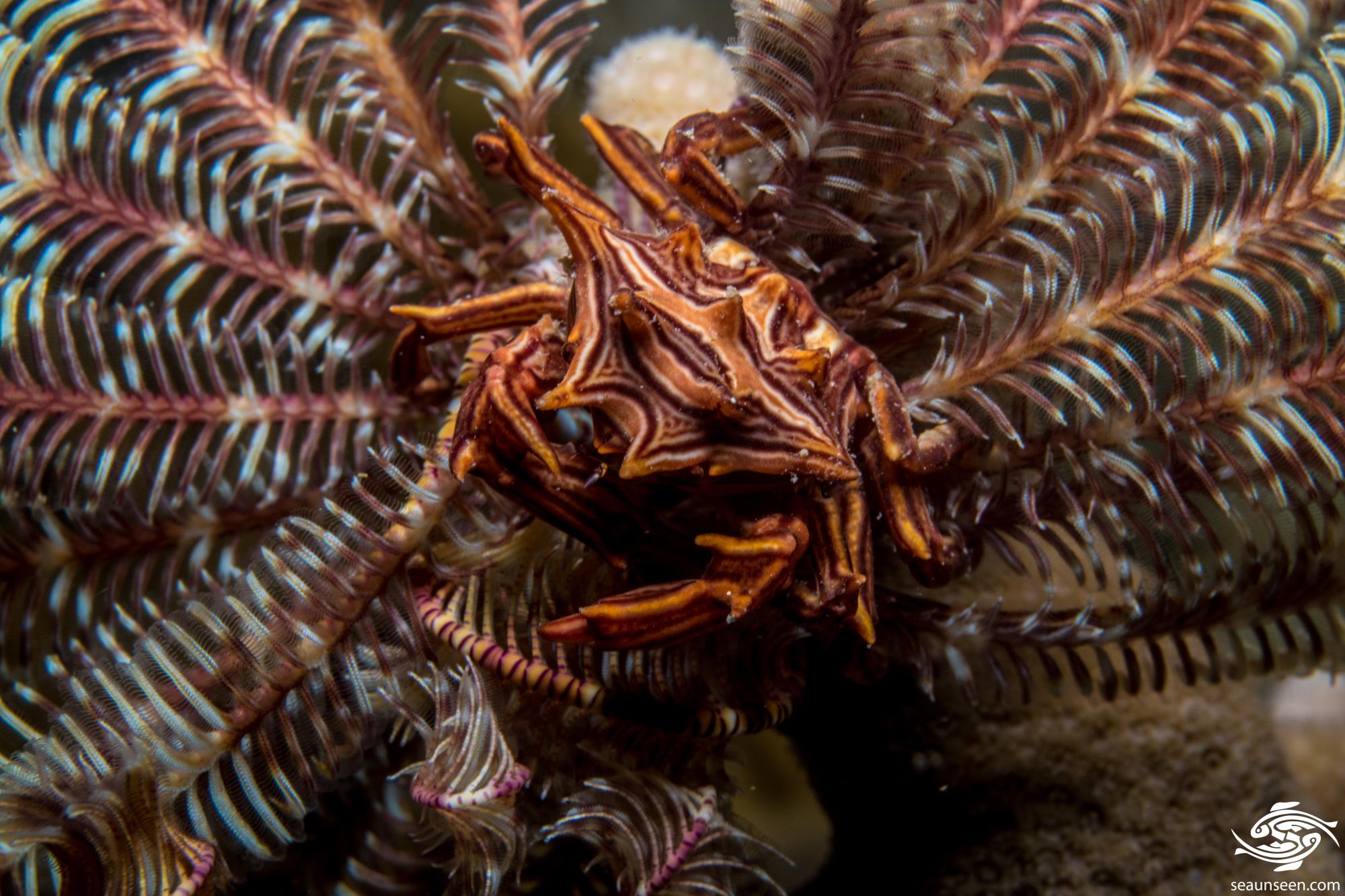 Research in the Red Sea in 1973 indicated that the  Feather Star Crabs were usually found in pairs on Feather Stars, but we have only seen them singularly.  Presumably their behavior is similar to other members of their family. The eggs are fertilised by the male and are then carried under the body of the female. Once they hatch the larvae go through a planktonic stage before settling down and growing into their adult form.