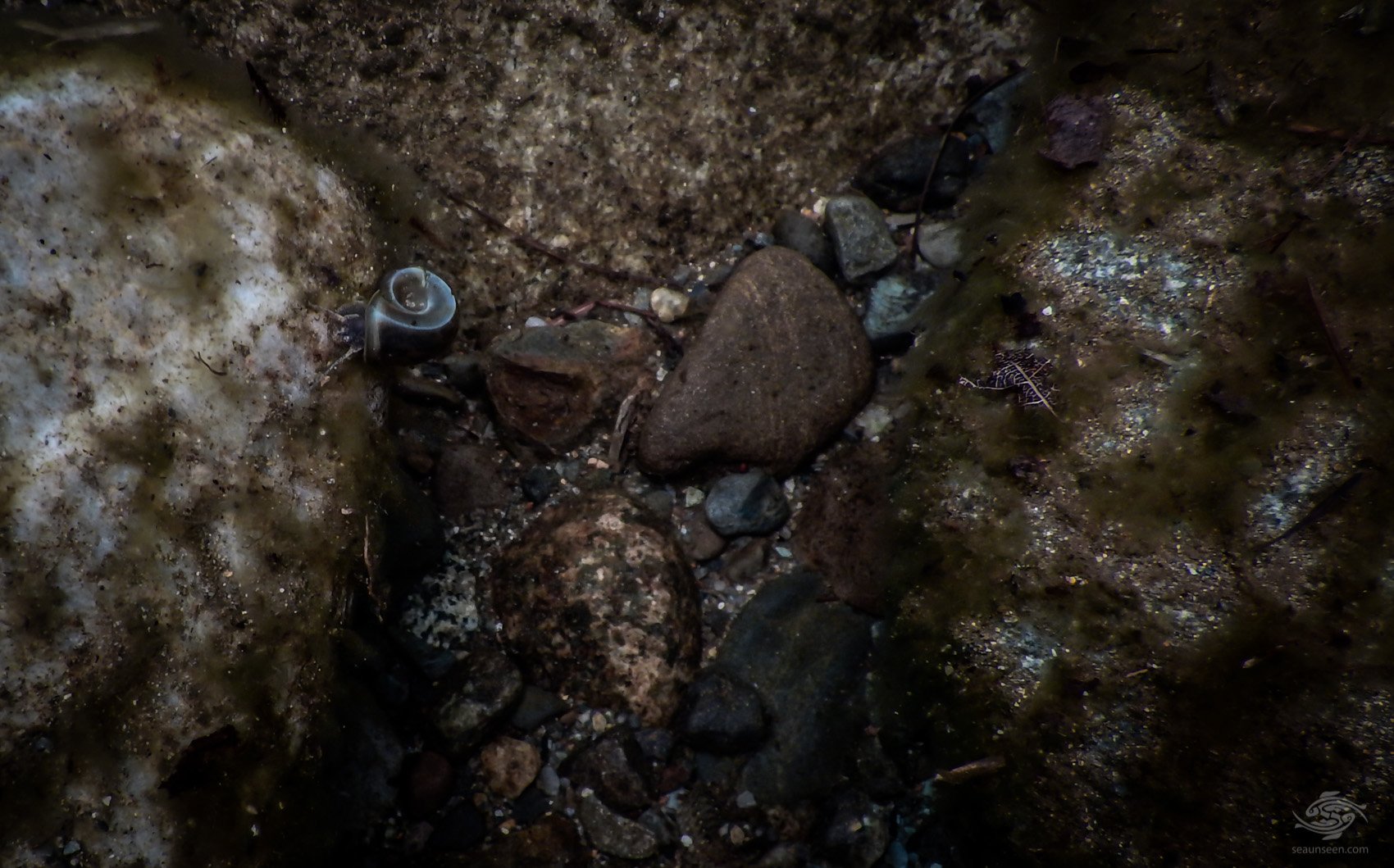 AFeeding Snail by scraping algae along a rock in Maine’s Wyman Lake. Snails are a member of the phylum Mollusca, which also includes freshwater mussles and clams. They’re identified by their hard calcium carbonate shell which contains a soft body. All mollusks have a muscular foot used for locomotion, a visceral mass that comprises most the body, and a mantle that secretes the materials that form the shell. Snails also have a distinct head. Feeding Snail can be distinguished from other mollusks by their single, unhinged shell. (Mussels and clams have two shells which are hinged together). Some adult freshwater snails are hermaphroditic, while others have separate sexes. Juvenile snails look basically like small adults, but they can often be distinguished by the number of coils in their shells. A snail with more than 4 coils is usually an adult.
Photo taken with a Canon EOS 7D