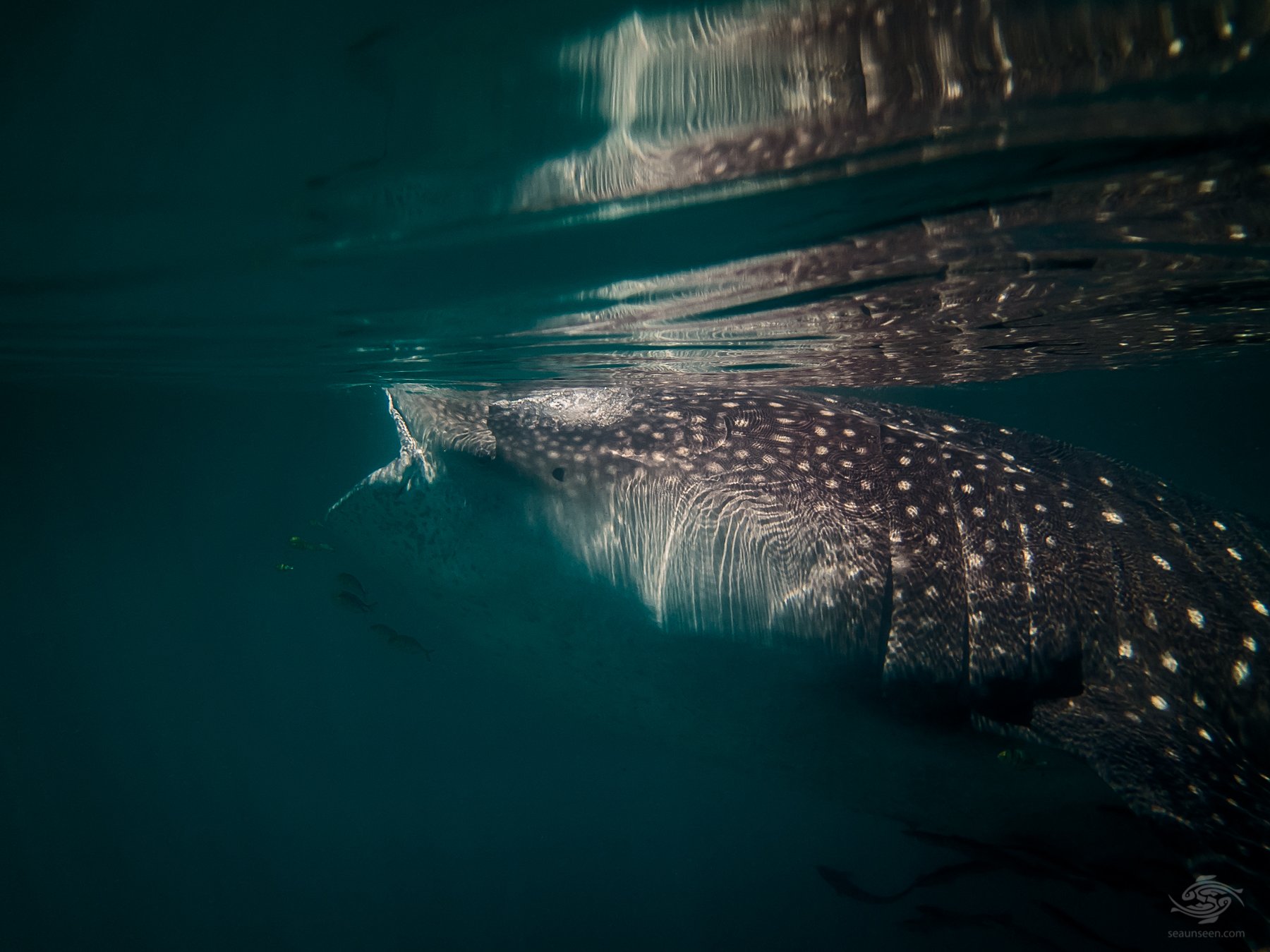 A whale shark feeding on microscopic planktons off the coast of Mafia Island. It’s hard to believe that a fish can grow this large without eating other large fish, but they do! Whale sharks occasionally feed on small crustaceans, squid and larger plants, but its diet is large built on some of the smallest ocean creatures.

So how does a 50-foot fish, weighing up to 60 tons survive on microscopic plankton? By eating a whole lot of it! Whale sharks are filter feeders, so they move slowly through the water while moving their heads back and forth, to let plankton flow into their mouth and through the gills. The whale shark is kind-of like a vacuum cleaner, sucking the water into its mouth, allowing it to pull in a lot more plankton than other filter feeders.

After drawing a big gulp of plankton filled ocean water, the whale shark closes its mouth and expels the water through a set of large gills which act like strainers. They filter out the water while keeping solid organisms smaller organisms. Whale sharks generally feed in the evenings or early morning near the ocean surface where krill and shrimp are abundant.