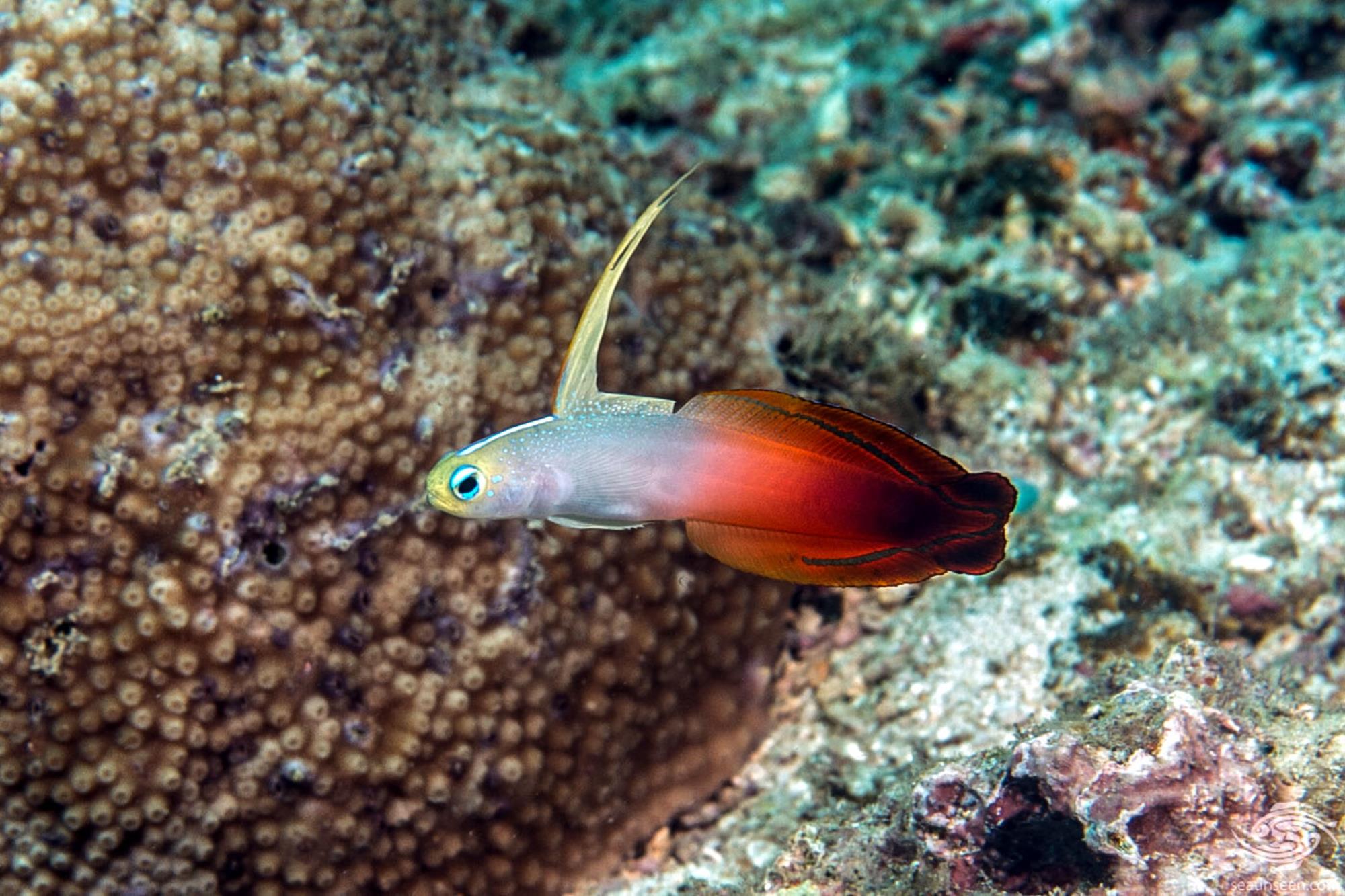 The Fire Dartfish Nemateleotris magnifica also known as the Fire Goby or Red Fire Dartfish is  an unusually shaped and colorful fish. Fire Dartfish are not actually gobies and are in the Pteroleotridae family. 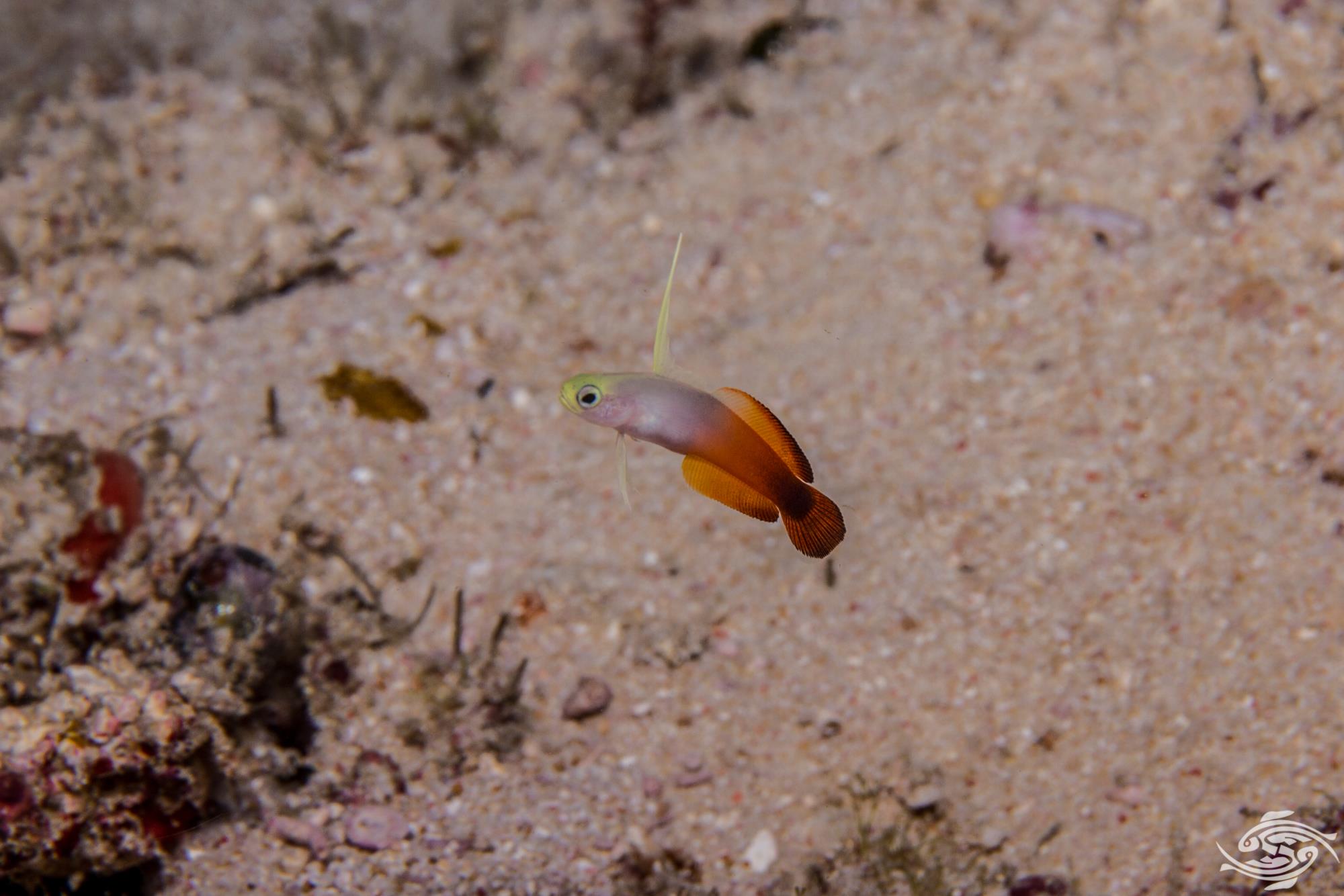 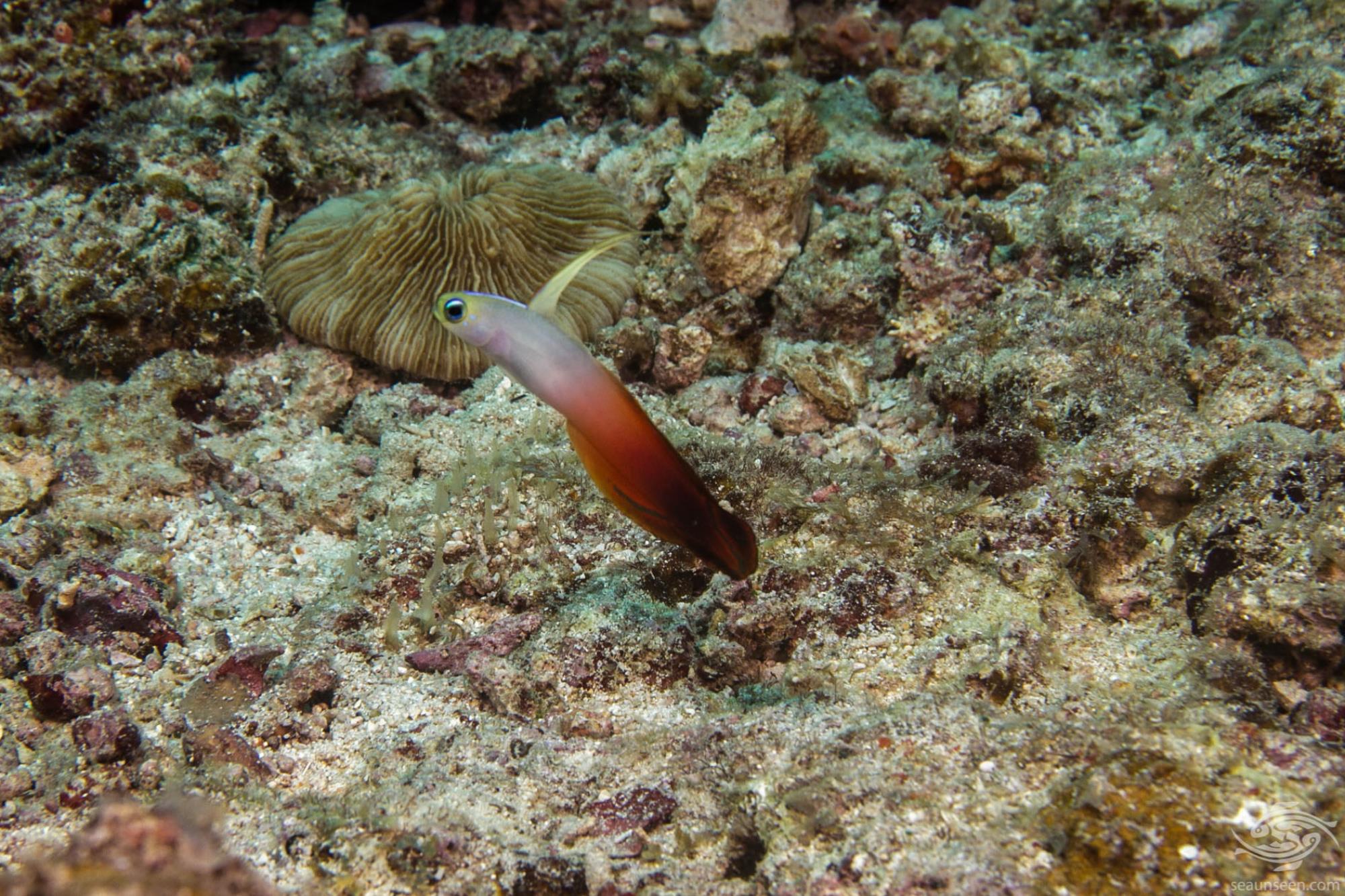 Fire Dartfish are commonly seen hovering over rubble or sandy areas of the reef. Usually they hover just above their burrow and as the name implies, they are quick to dart into their hole. They are seen singly or in pairs but occasionally four or five may be seen in a small group but this is rare. They normally hover with their head in a slightly upright position facing into the current as can be seen in the images. The bright yellow dorsal fin appears to be used to signal each other and is often flicked up or down. 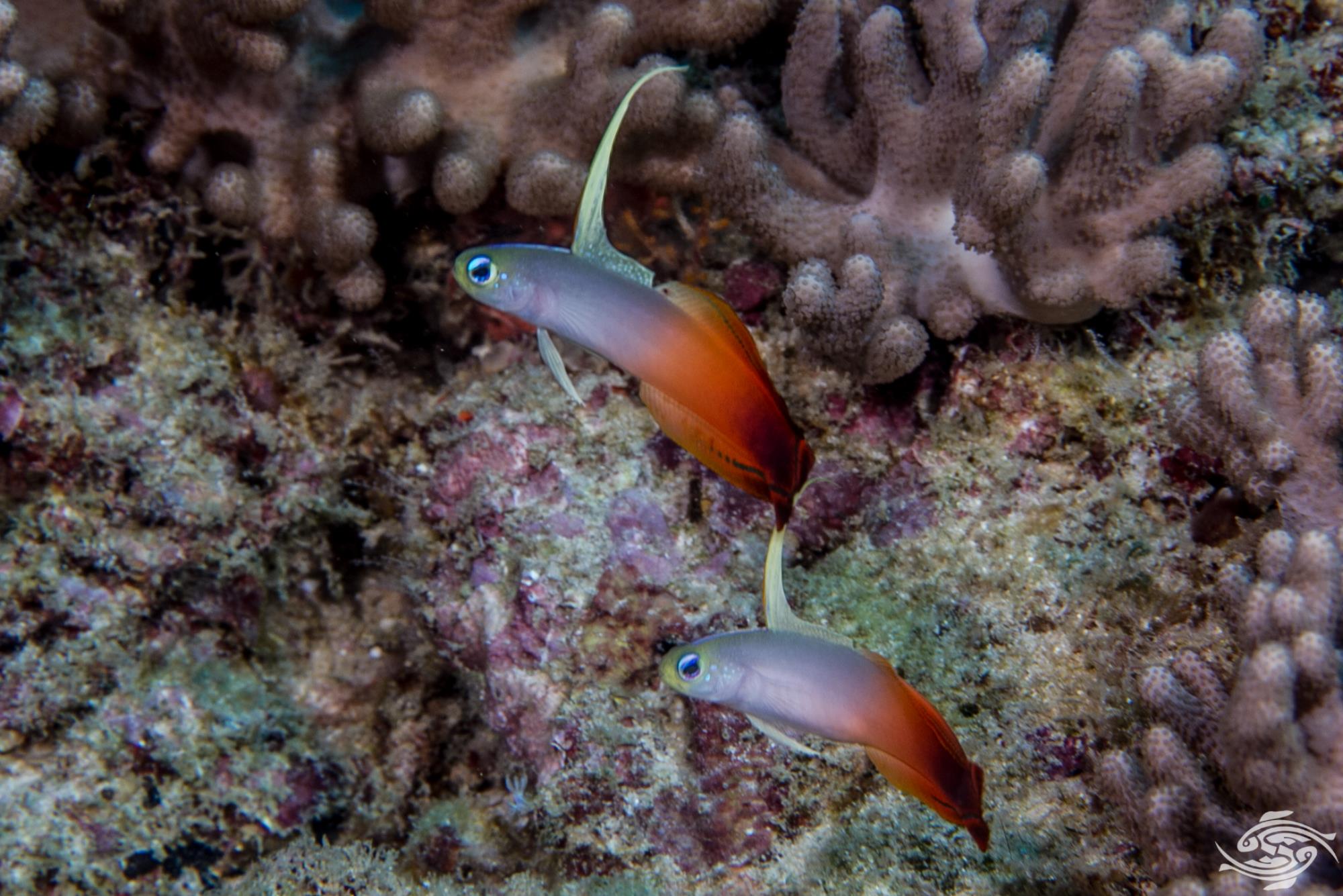 The Fire Dartfish is found across the Indian ocean and in the west Pacific. They are found between depths of 6-30 meters. More commonly they are seen around 13 to 18 meters in depth. 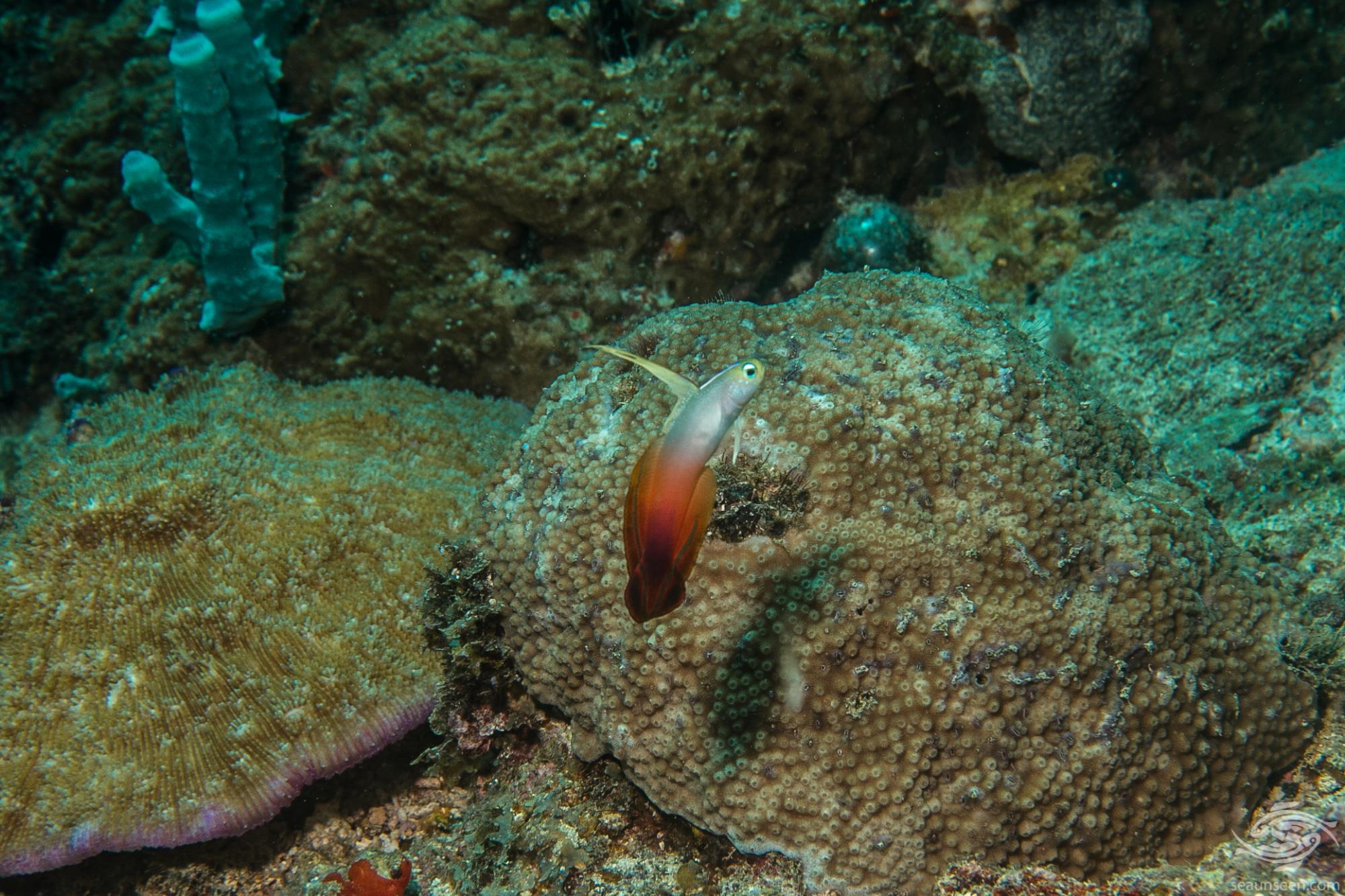 The Fire Dartfish  feed mainly on zooplankton and as a result are mainly found in areas with a fair amount of current. They hover above their burrow facing into the current and wait for zooplankton to come to them. They make quick darting movements to grab passing titbits. Gut analysis has revealed that they feed mainly on copepods in the wild. 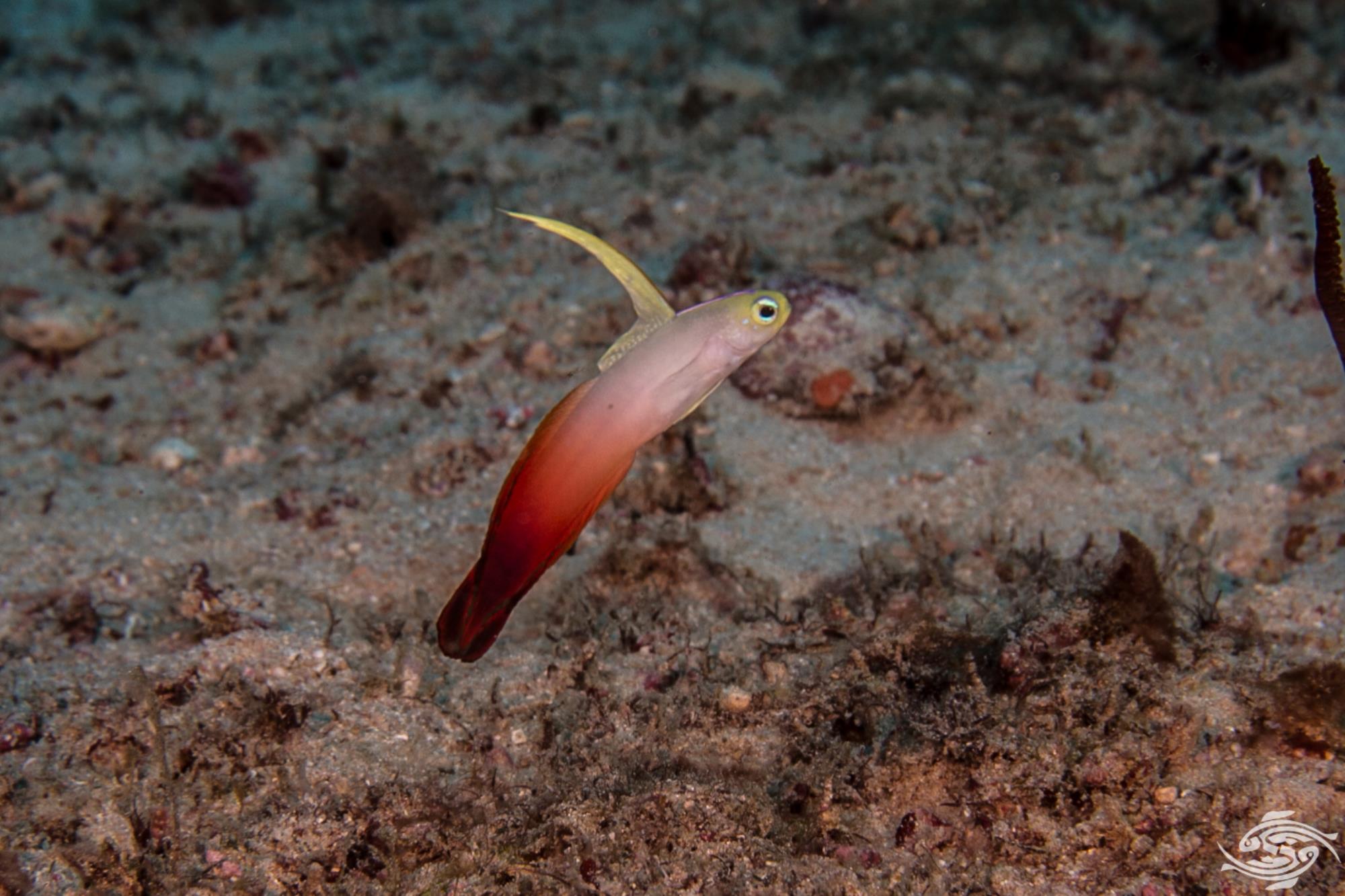 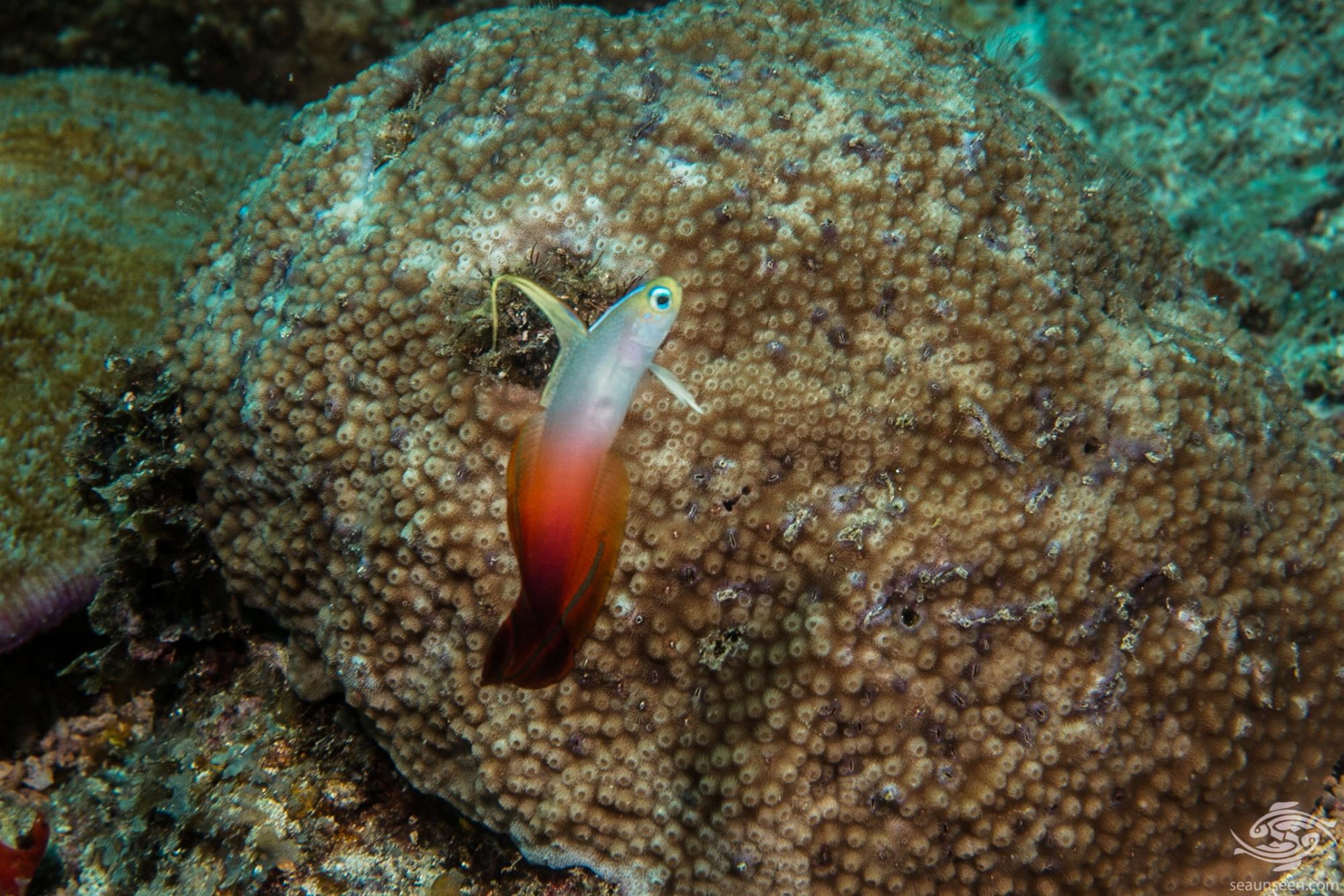 The Fire dartfish is a popular aquarium fish. They are reef safe and have plenty of personality. Their preferred habitat is a sandy or rubble area surrounded by rocks or coral with some current and it is best to recreate this for them. They prefer moderate lighting. Often they will attempt to jump out the tank and as a result it is best if the tank is covered. Because of their burrowing habit one can provide them with ready made burrows made out of quarter inch plastic piping strategically placed for them to discover.
If one wishes to keep more than one it is best to buy a pair as individual fish may fight. It does not seem possible to sex them externally. They do well on a prepared diet of finely chopped and vitamin enriched crustaceans. Initially live brine shrimp can be used to entice them to eat. They have relatively small guts and need to be fed twice daily. Some care needs to be taken with their tank mates as they are not aggressive feeders and larger more aggressive feeders will out compete them. 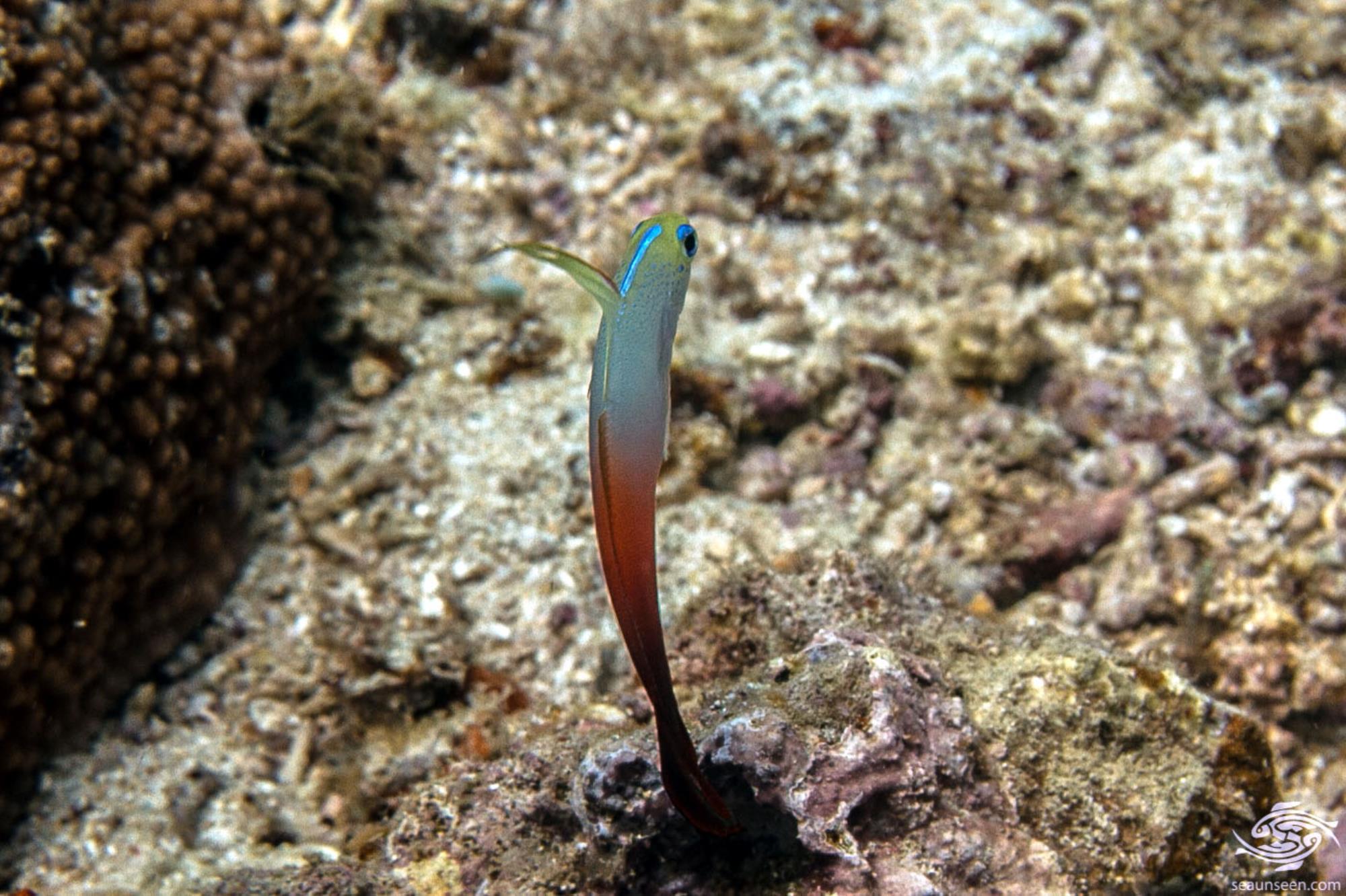 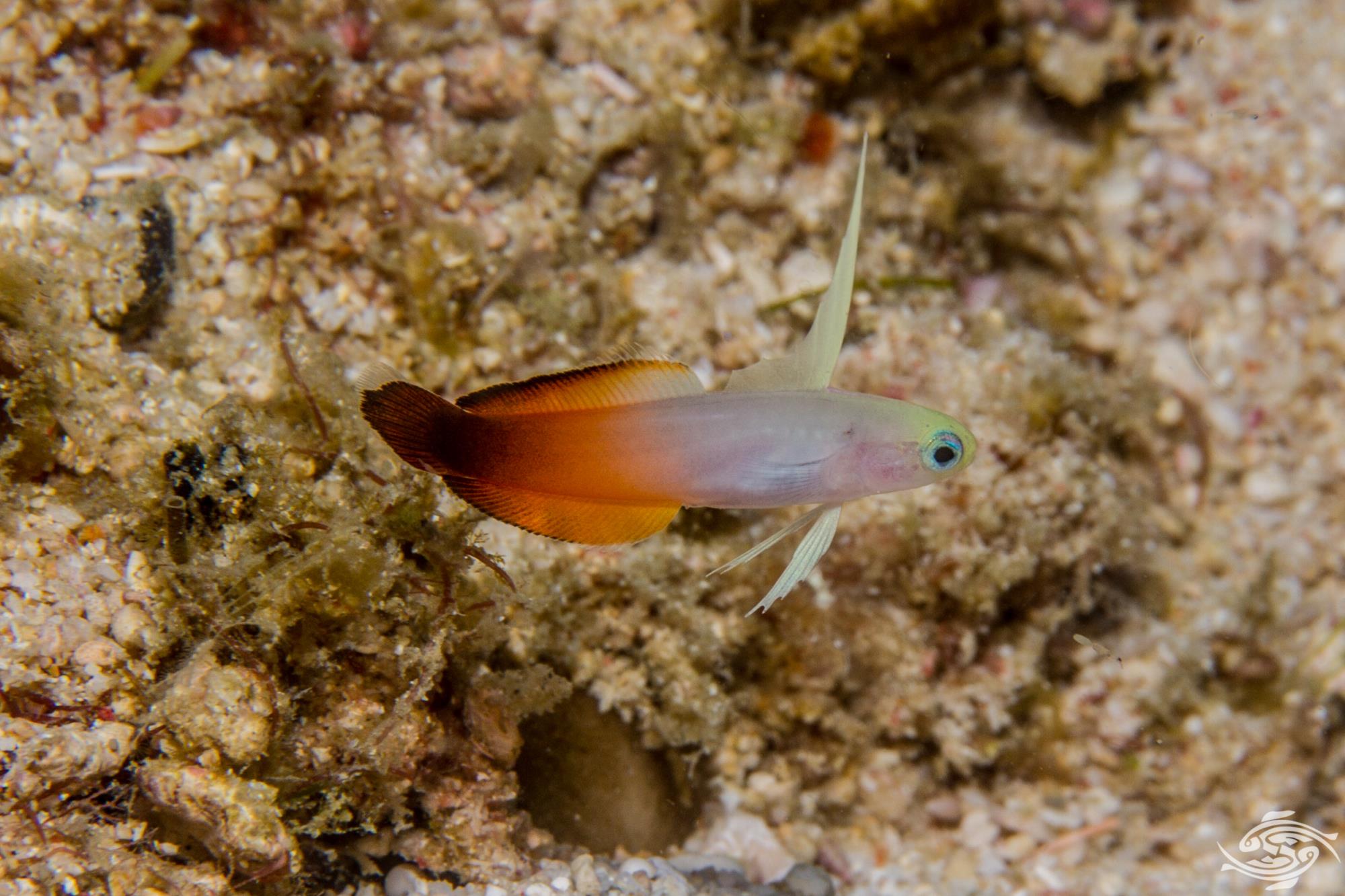 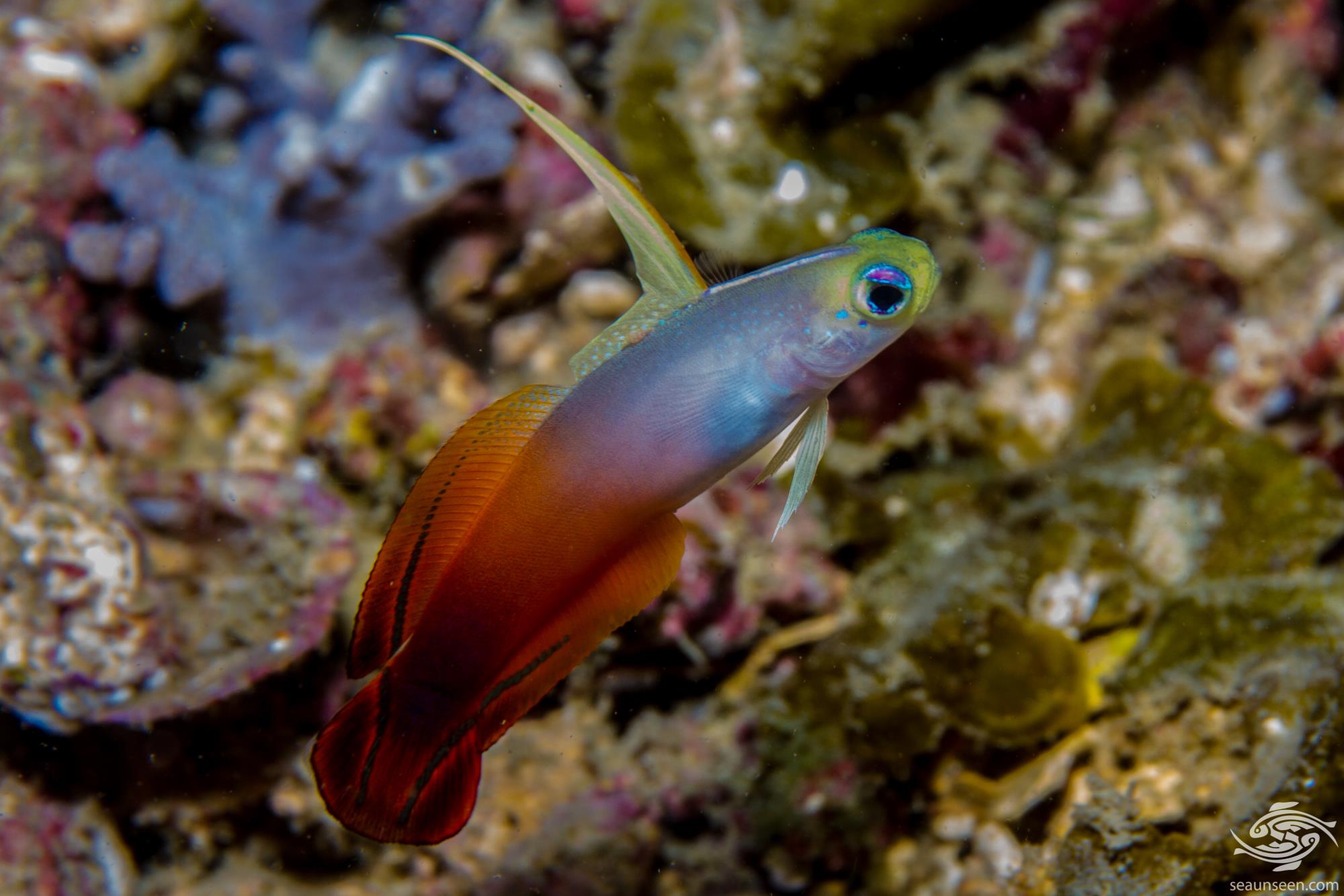