Fire Goby Poses for a Picture 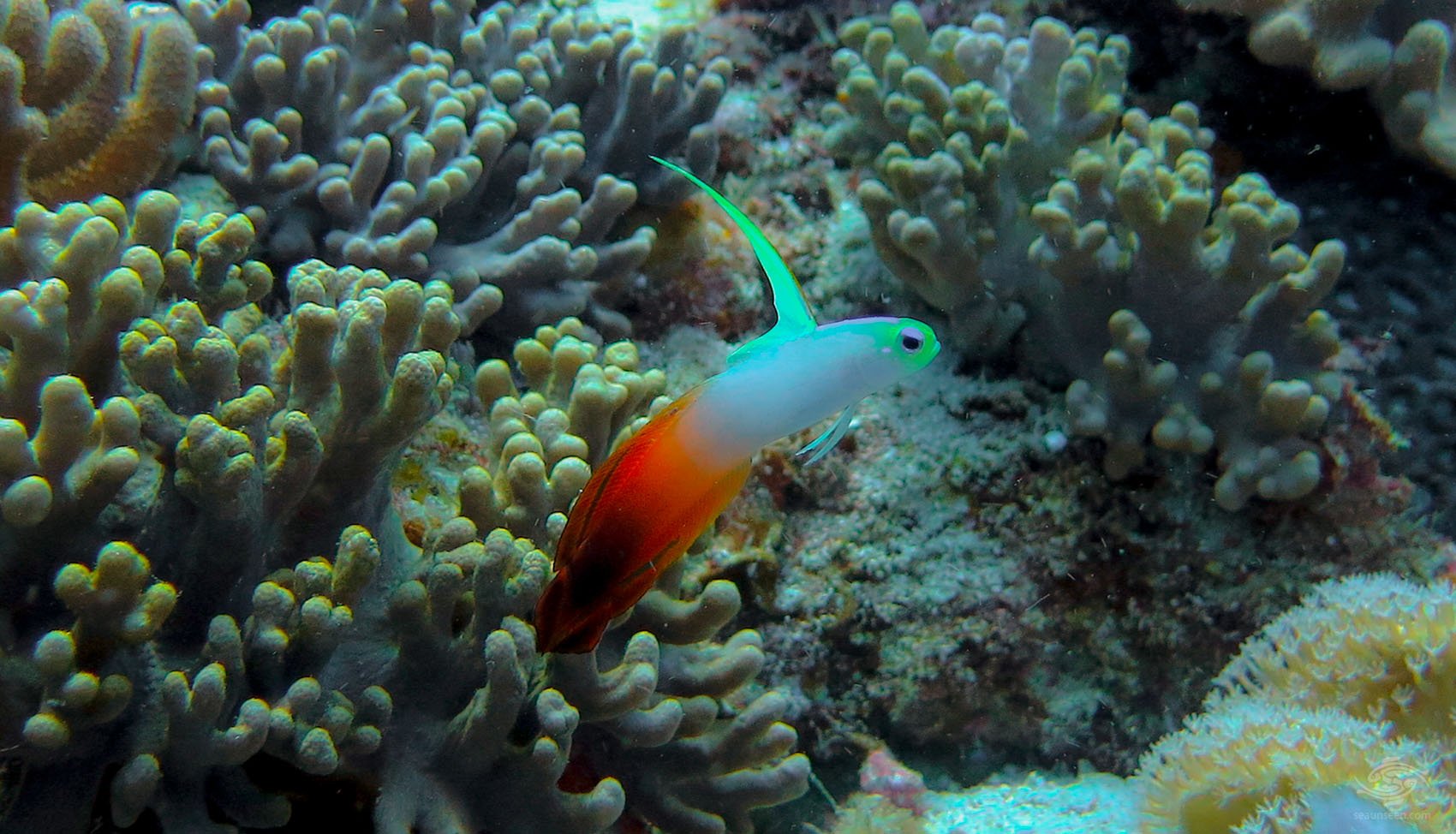 A fire goby or fire dartfish, (Nemateleotris magnifica) displays its vibrant colors and fully erect dorsal fin for the photographer. Adult fire gobies are generally found on sandy patches alongside coral reefs. Is is there where they dig burrows in which they live in pairs or singly. Perhaps their most outstanding feature is the elongated first ray of the dorasal fin that can be used to wedge themselves in their burrows. It is also used to communicate between one another. We can only wonder what message the fire goby is sending to the photographer as it poses.