The Eye of a Batfish- 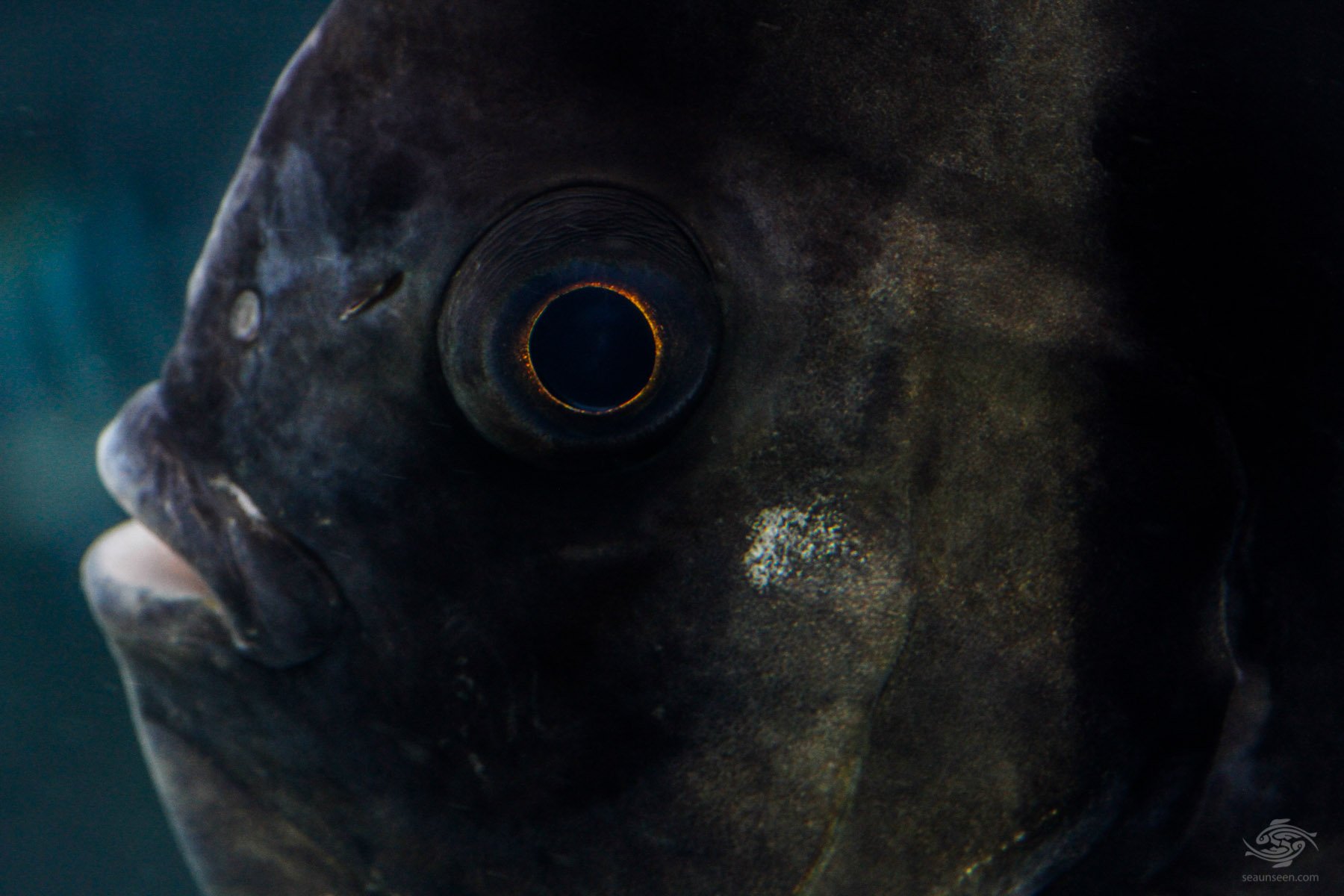 A eye of longfin batfish, Platax teira peers at the photographer. Because of the effect of water on light, it has fixed pupils that do not adjust to changes in the intensity of light.

Compared to terrestrial animals, such as humans, fish have a more dense and spherical lens. This is needed to deal with the effects of water on light. Other than nictitating membranes in some species of shark, fish have no eyelids and are unable to close their eyes.

As a further adaption to deal with the ever changing light patterns, created by movement on the surface of the water, many fish have eyes that bulge outwards with the lenses almost touching the cornea. This allows the lens to take in the maximum amount of light available and to expand angles of vision.

Another major difference between fish eyes and terrestrial animals (humans included) is that instead of changing the shape of the lens to focus on objects, very similar to the way a camera lens works, a fish’s eye moves forwards and backwards to bring objects into focus.