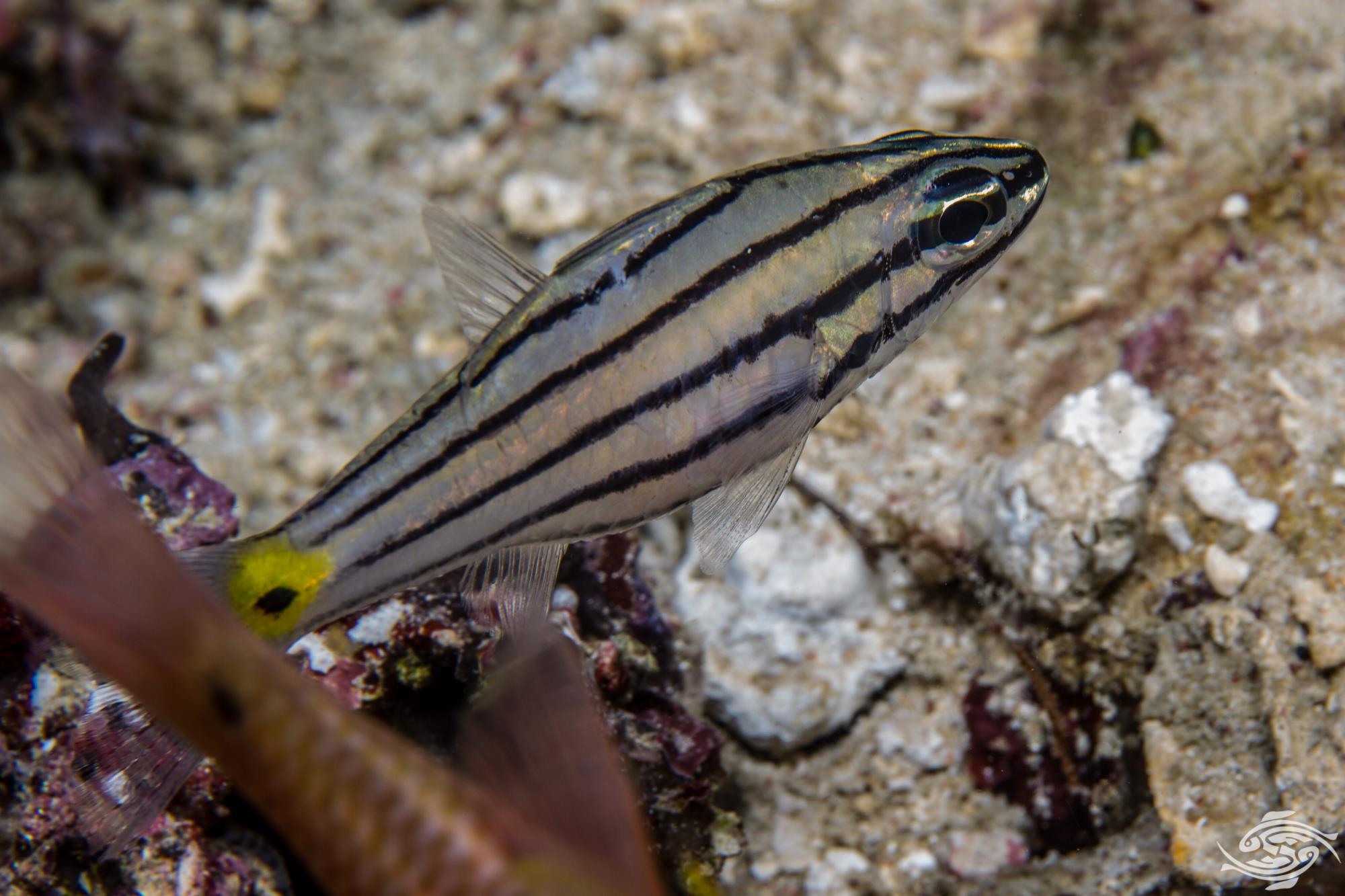 The Five-lined cardinalfish, Cheilodipterus quinquelineatus is also known as the Sharp Toothed cardinalfish. They are a fairly common fish on the reefs in Tanzania. 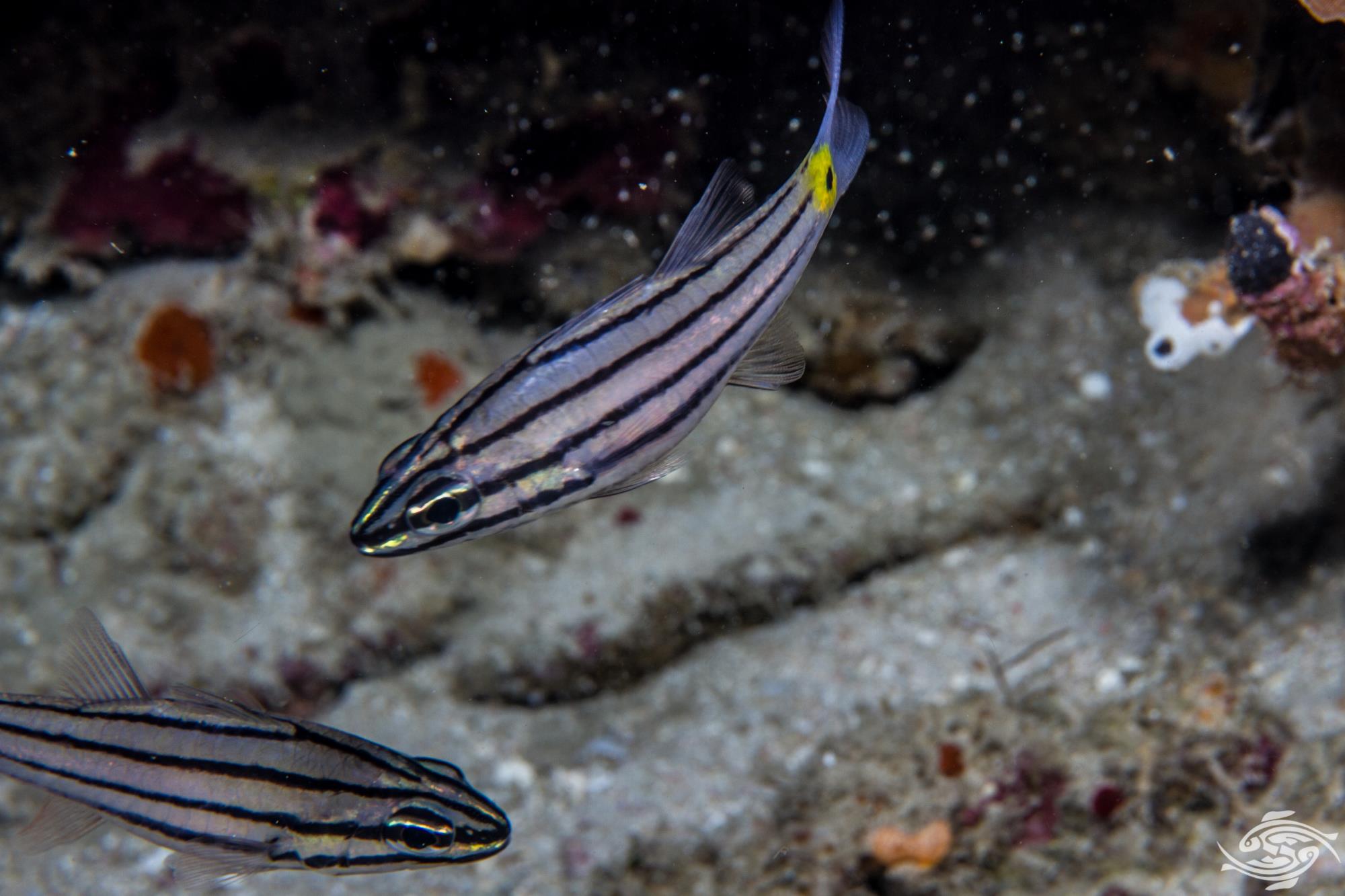 The Five-lined cardinalfish has proportionally large eyes and has two dorsal fins.  A lot of the time the forward dorsal fin is folded down and only the rear fin is upright. The fins are translucent. The body is a white colour with five lines running horizontally across the body. One of the lines transverses the eye which disguises it quite well. 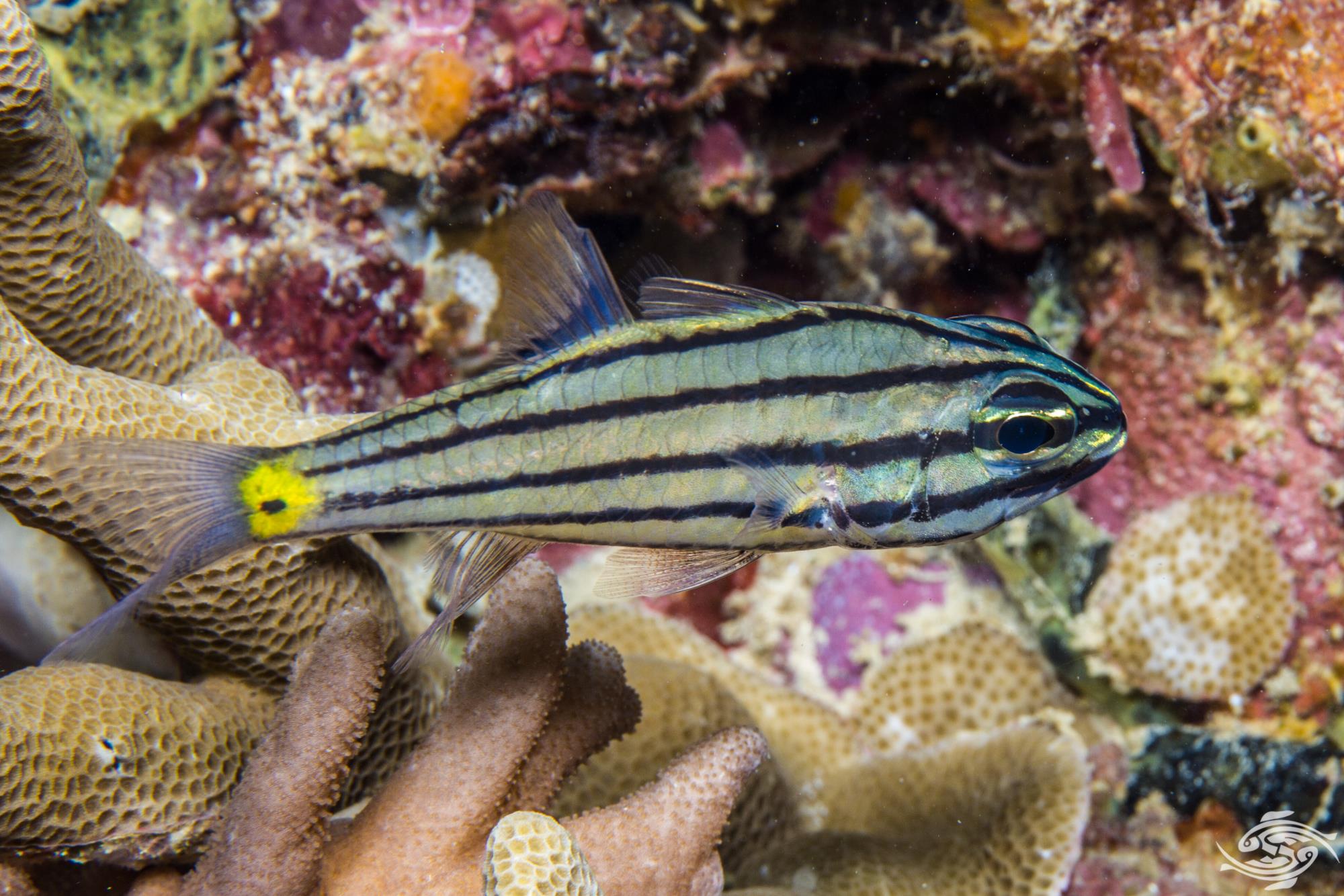 There is a prominent yellow blotch in the caudal area with a black dot in the middle. This may deceive predators as to which direction the fish will take off in when approached. Additionally it may cause smaller predators to try and sneak up on it from the rear where the eye is located giving the fish the opportunity to spot the predator. They grow up to 12 cm but are usually smaller. 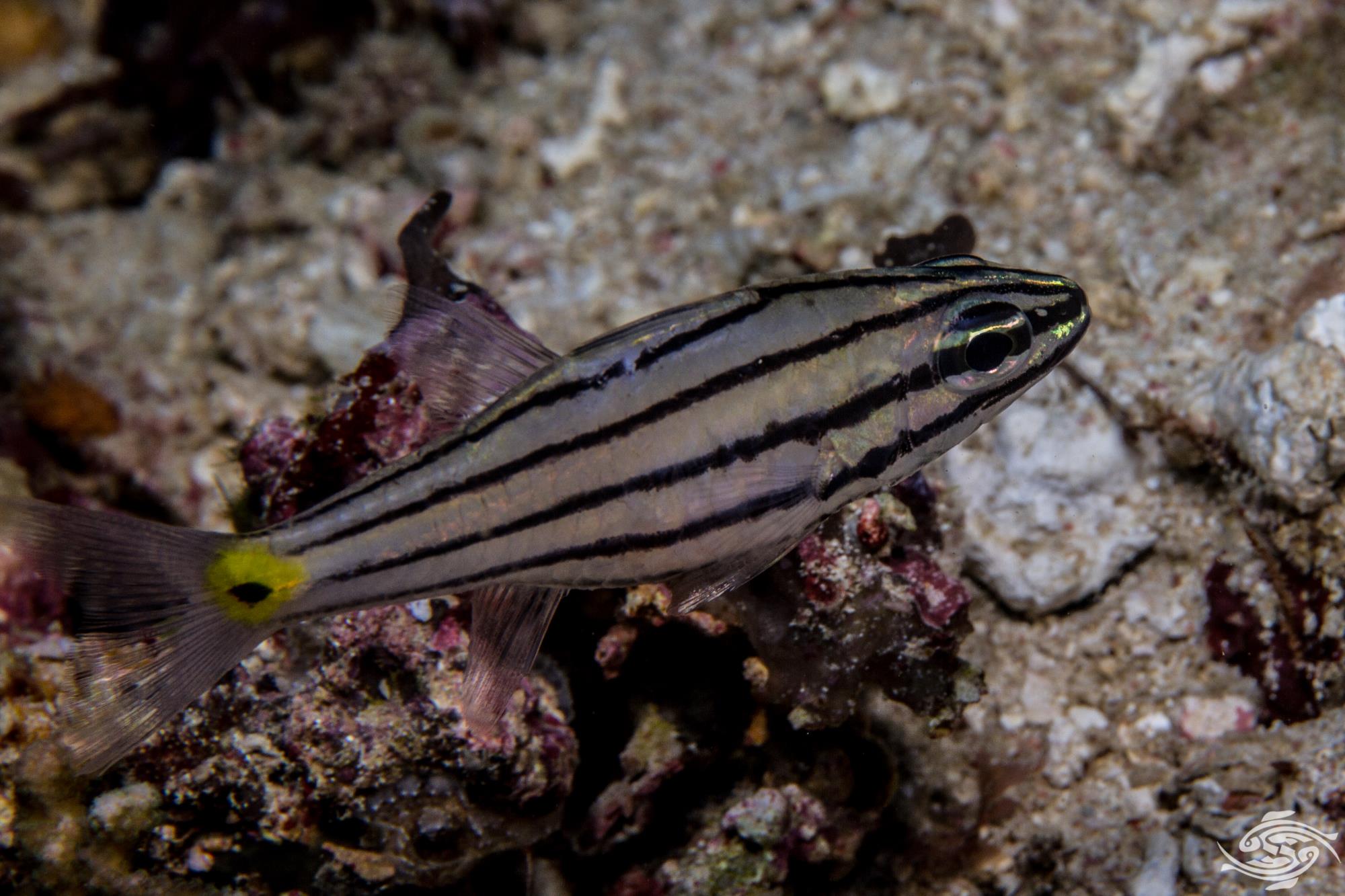 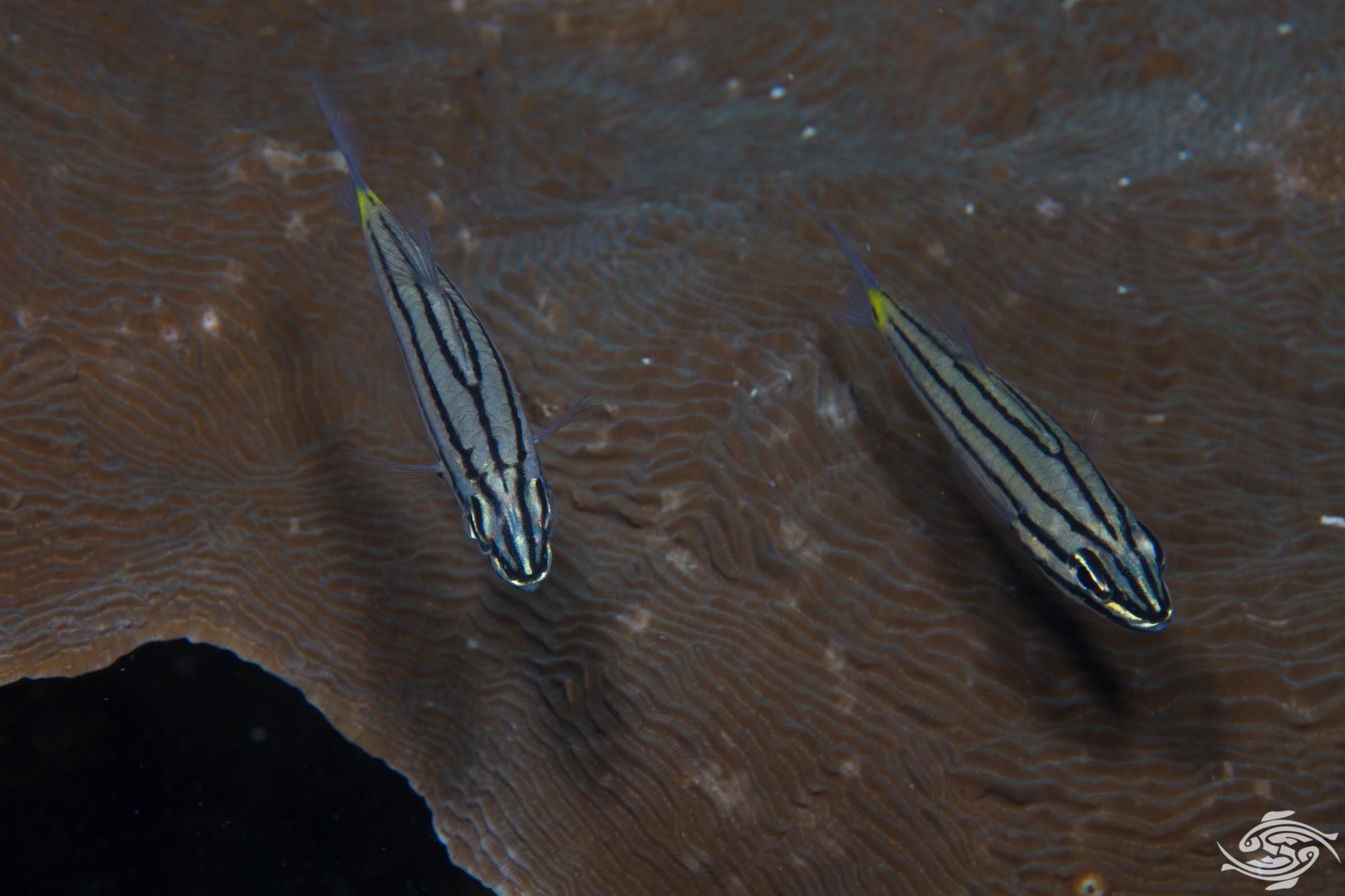 The Five-lined cardinalfish is found across the Indian ocean and in the west Pacific. They are found between depths of 10 to 30 meters in Tanzanian waters. 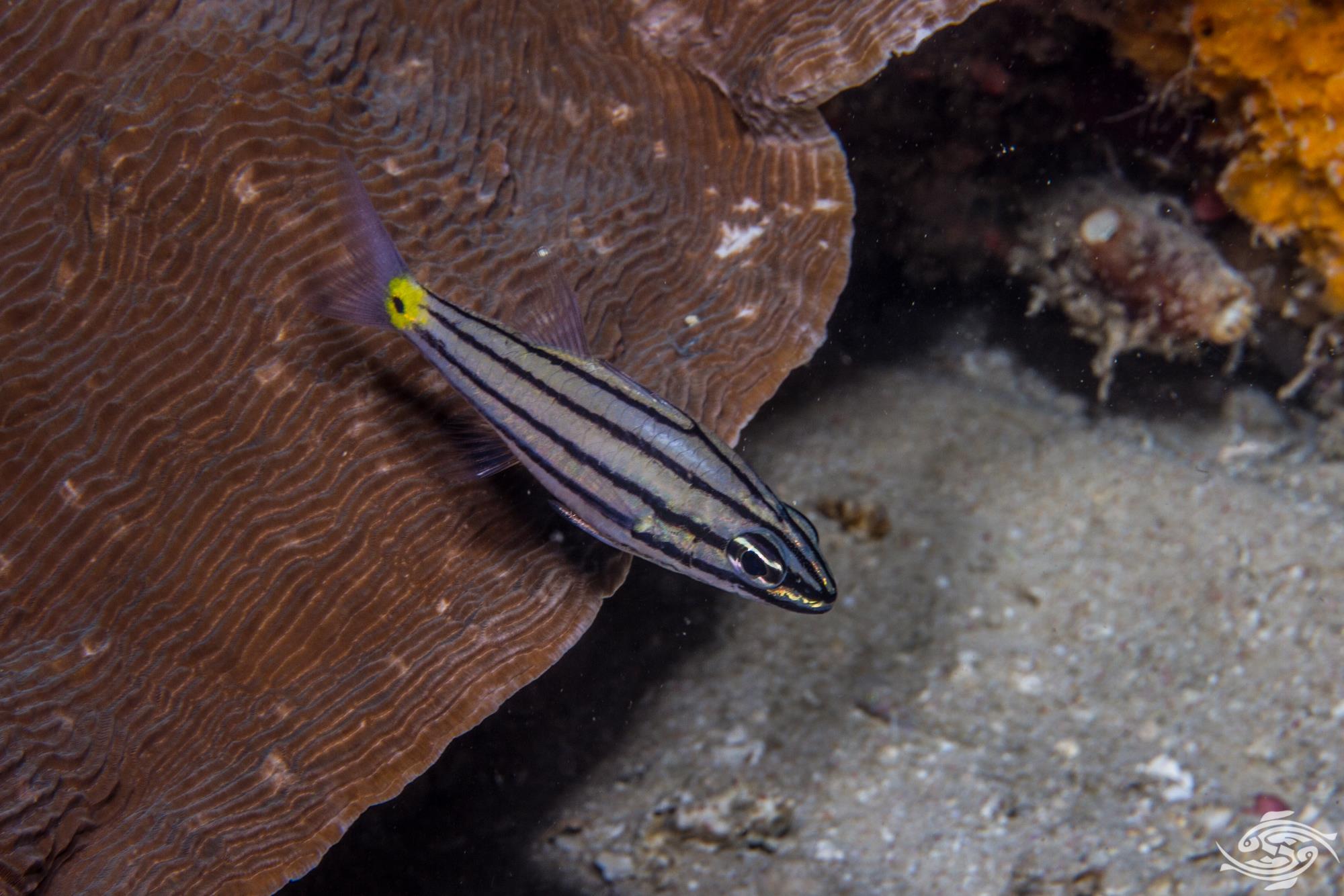 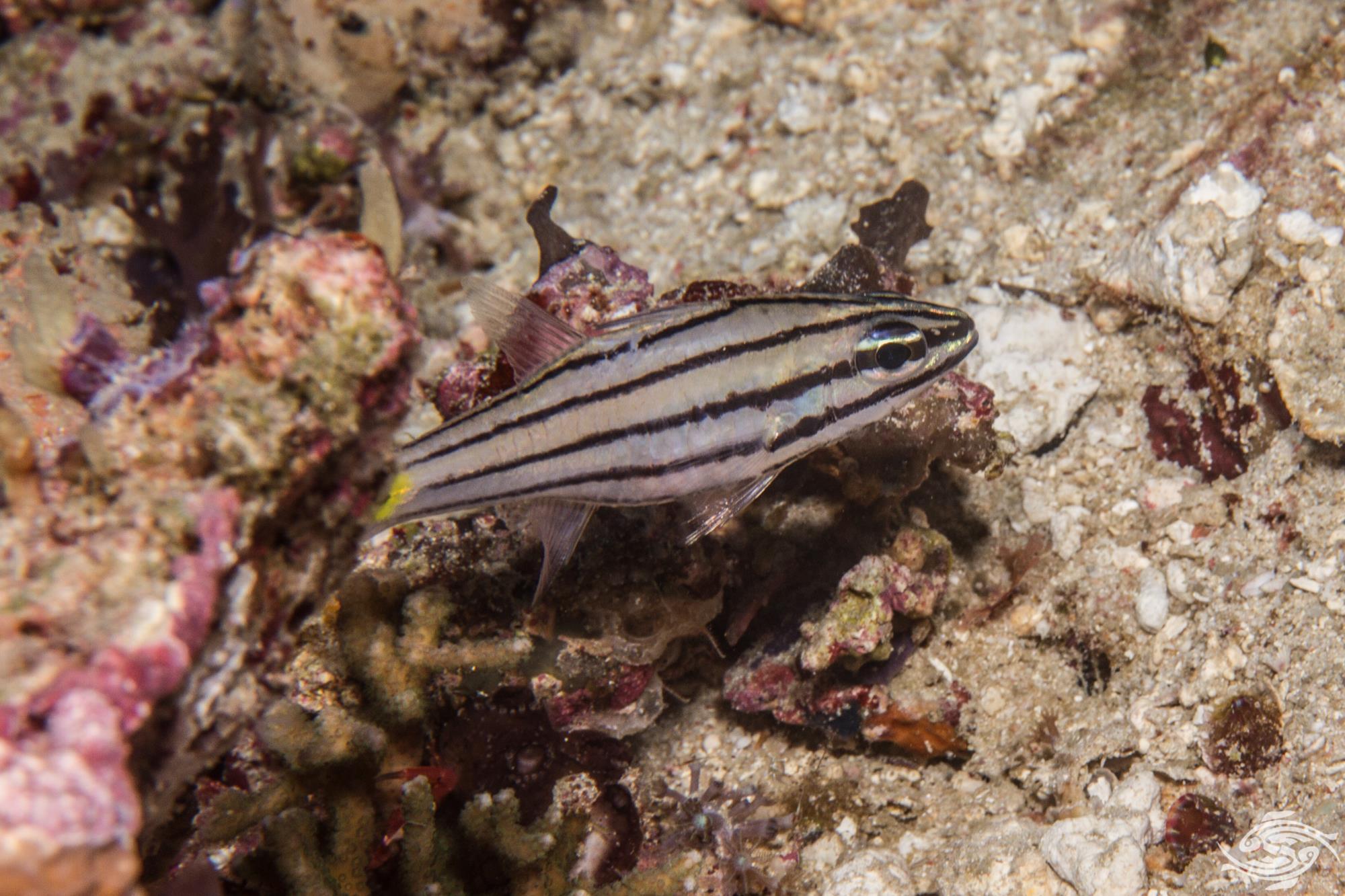 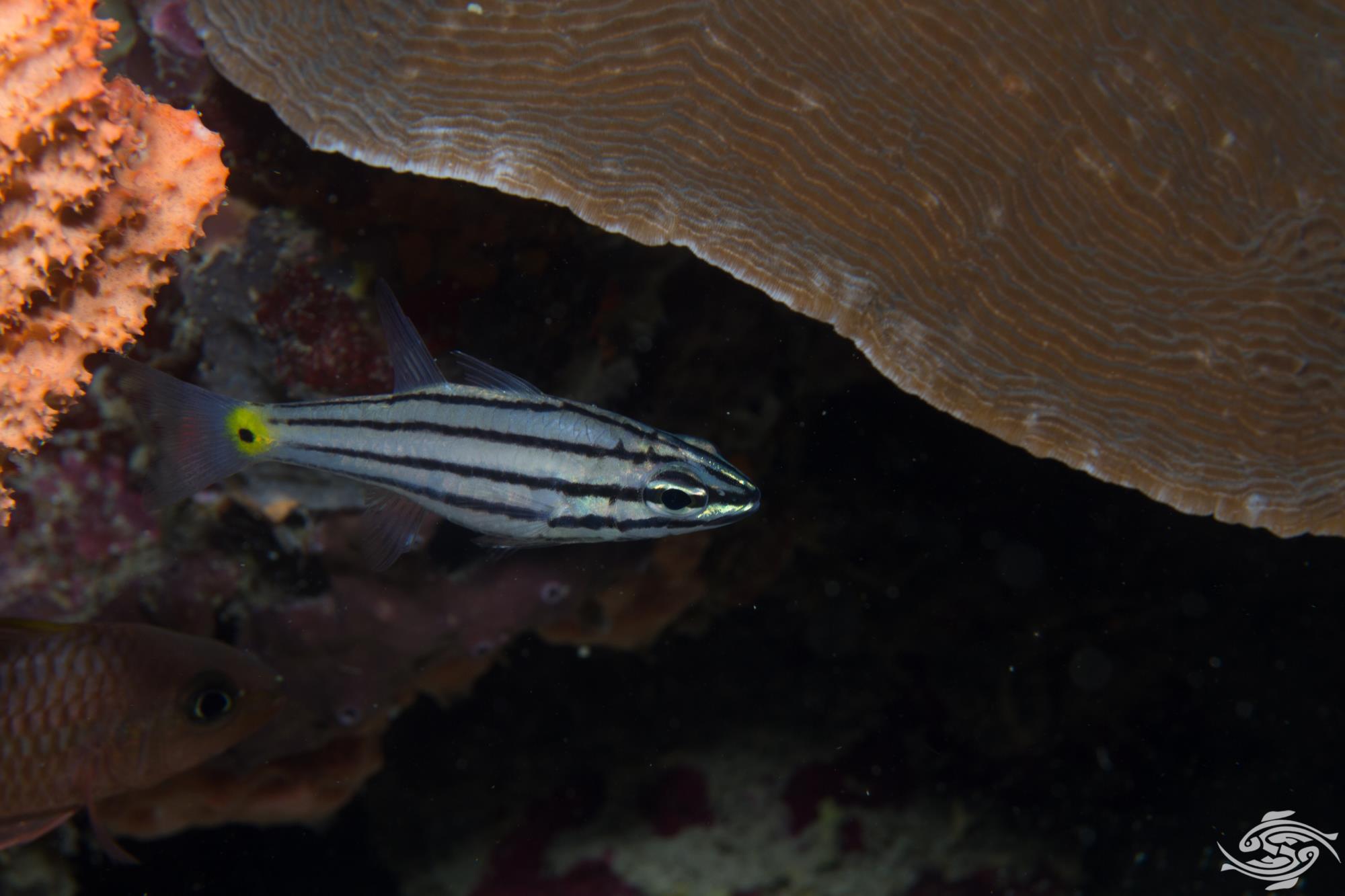 Five-lined cardinalfish are probably not commonly kept in aquariums. Some cardinalfish have been bred in captivity by breeders such as Orafarm where they are occasionally available. 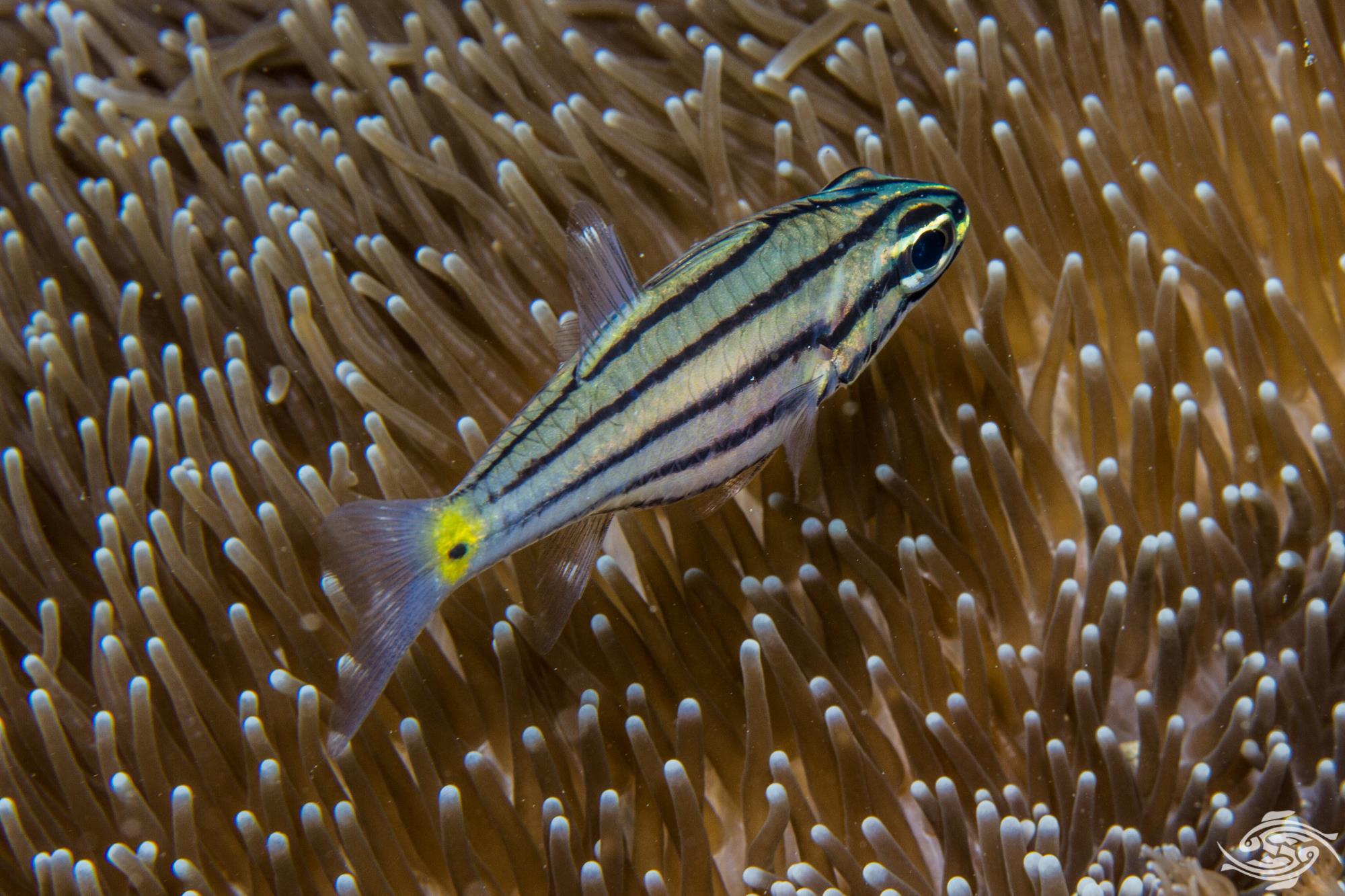