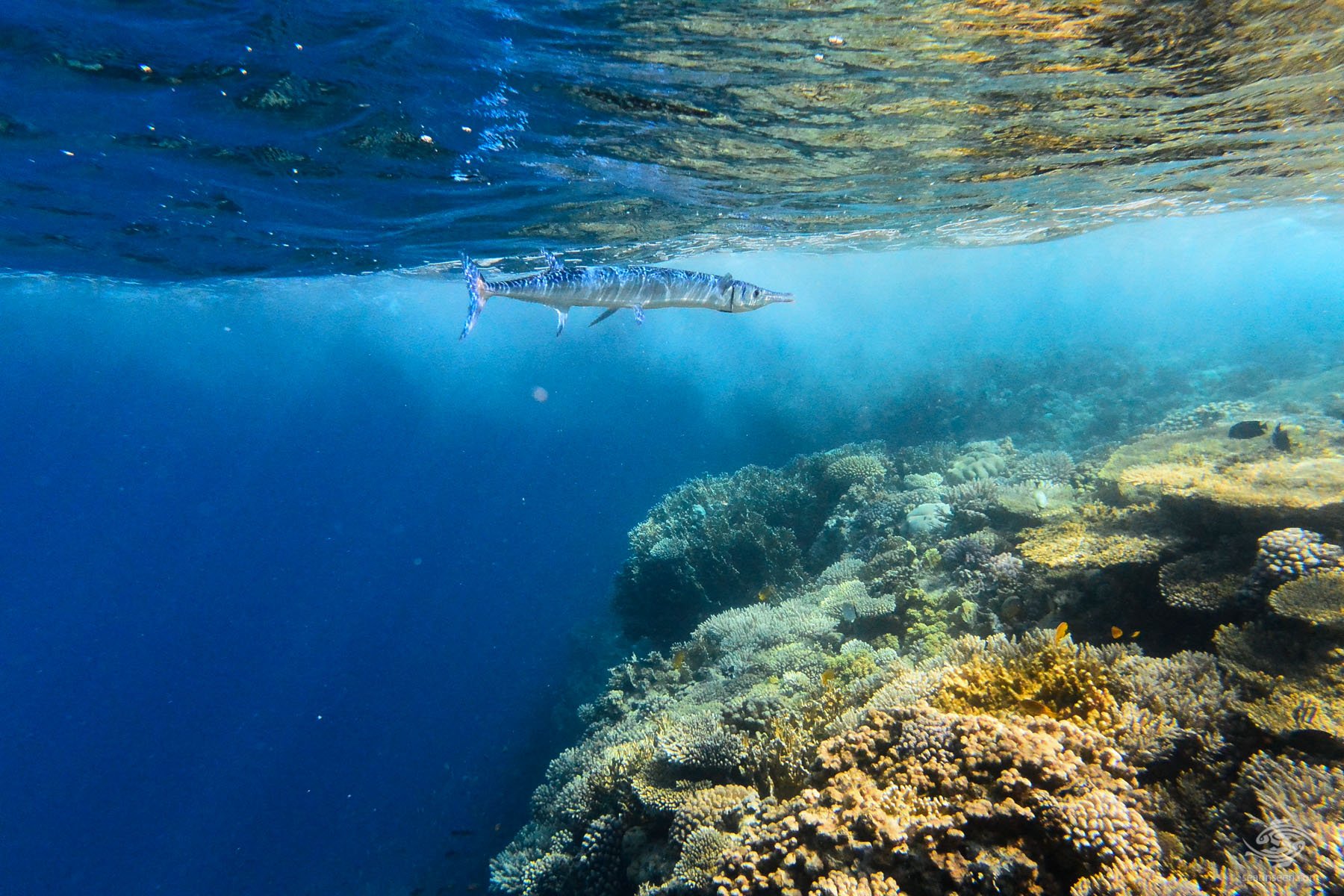 A flat needlefish (Ablennes hians) swims near the surface of the Red Sea. Considered a gamefish, flat needlefish are frequently caught with the help of artificial lights, but are not often eaten because of their green-colored flesh. They are found worldwide in tropical and temperate seas, usually living in neritic ocean waters near islands, estuaries and near coastal rivers where they feed on smaller fish and occasionally gather in schools. They have jaws which are filled with an abundance of very sharp teeth, making them look similar to gars or garfish in everyday language. True gars, however, belong to the family, Lepisosteidae, while needlefish species are found in the family Belonidae. The flat needlefish is actually much more closely related to halfbeaks, flying fish and sauries since they are all found within the same order Beloniformes.