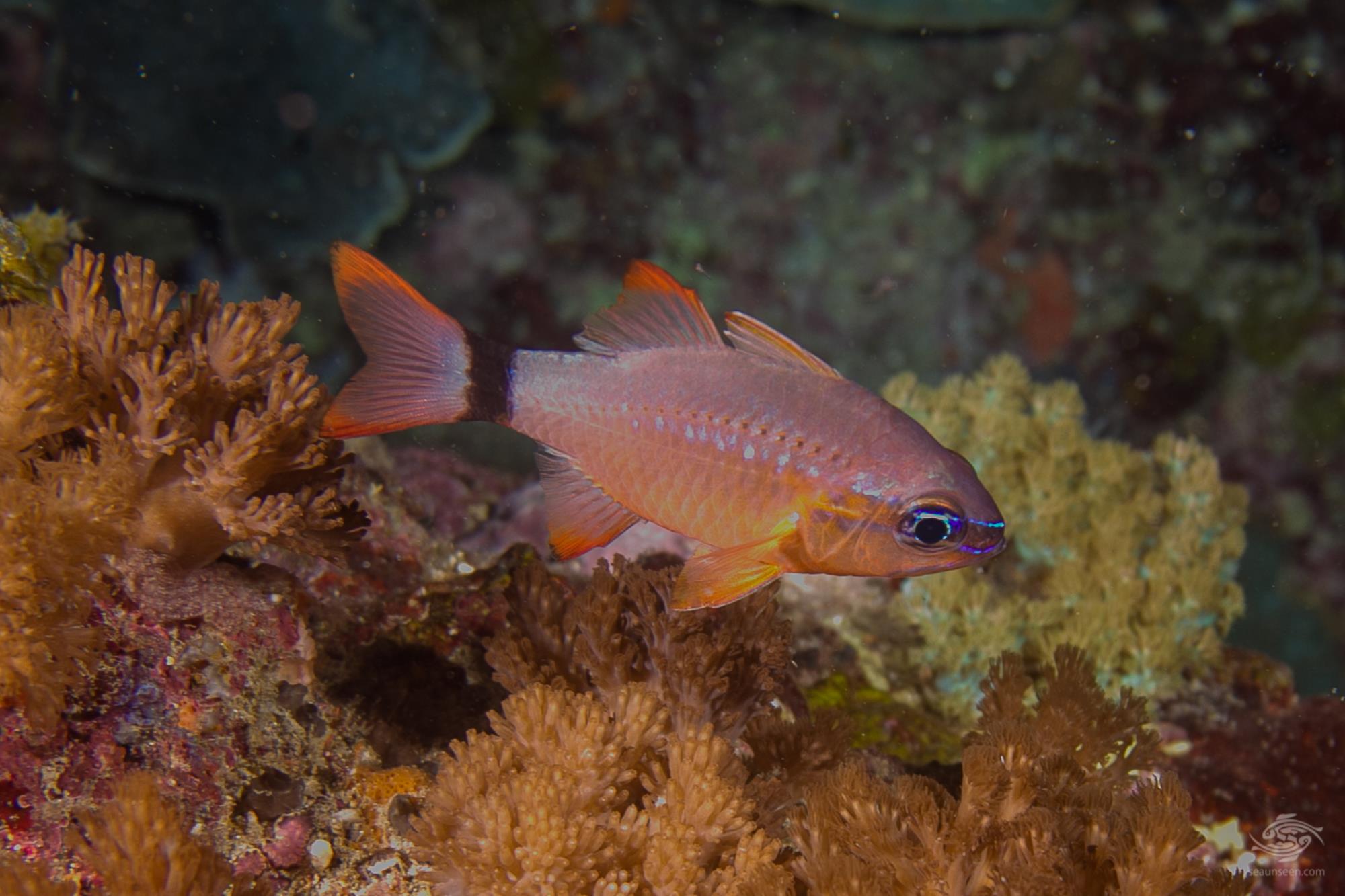 The flower cardinalfish Apogon fleurieu is also known as the Bulls eye Cardinalfish and Ring tailed cardinalfish. They are one of the few species of saltwater fish that are mouth brooders.

The flower cardinalfish has proportionally large eyes with two conspicuous blue lines across them. They have  two dorsal fins and a black band around the tail. The dorsal and caudal fins are edged in orange and the lower half of the body has an orange tint to it. The lateral line is fairly prominent. They grow up to 10 cm in length. 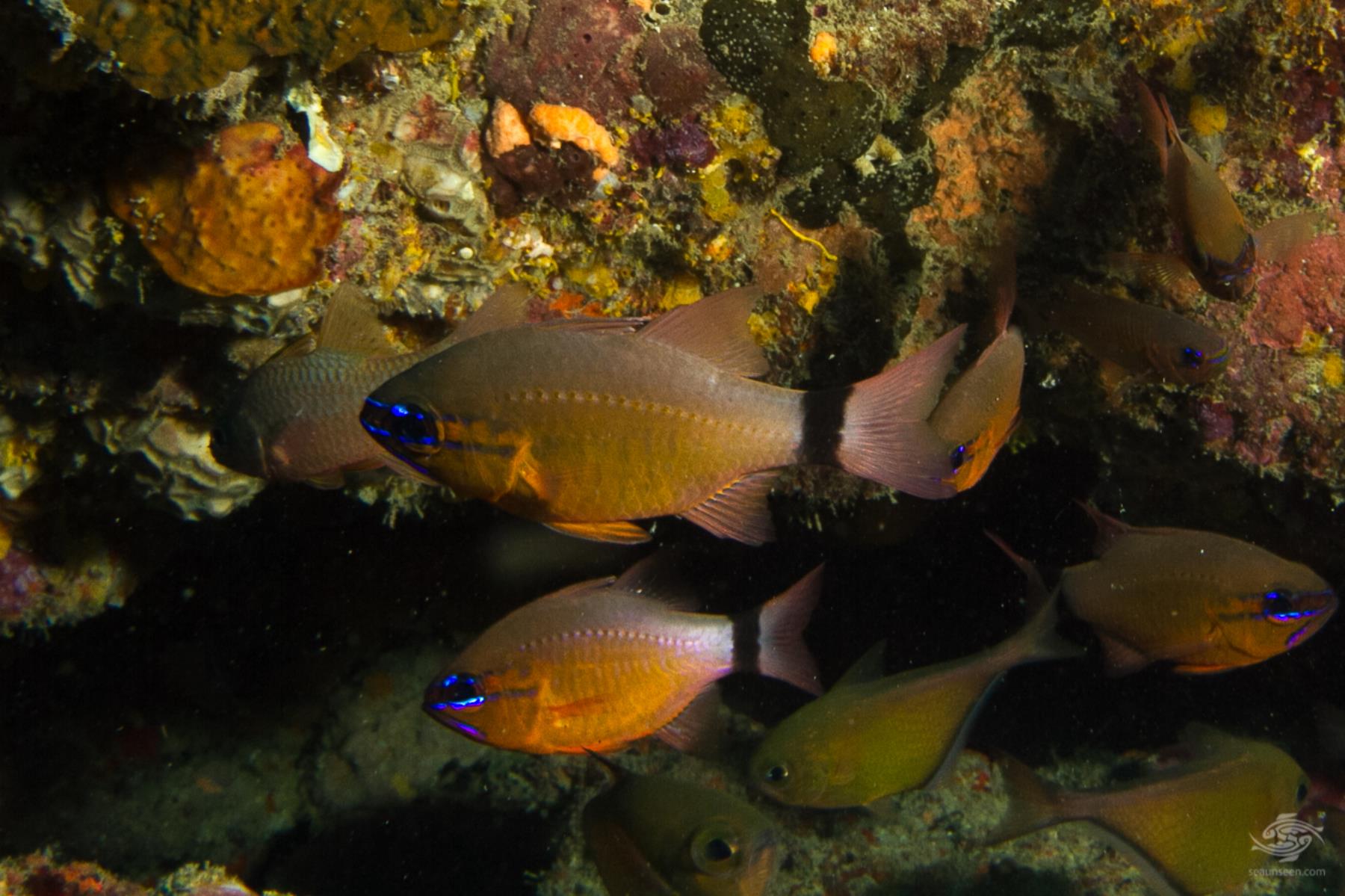 During  the day the flower cardinalfish will usually be found in a shoal under an over hang or in a cave , often with other species of cardinal fish or sweepers. At night they disperse to feed. Occasionally they may be seen hiding in grass beds during the day.

The flower cardinalfish is found across the Indian ocean and in the west Pacific. They are found between depths of 1-30 meters. 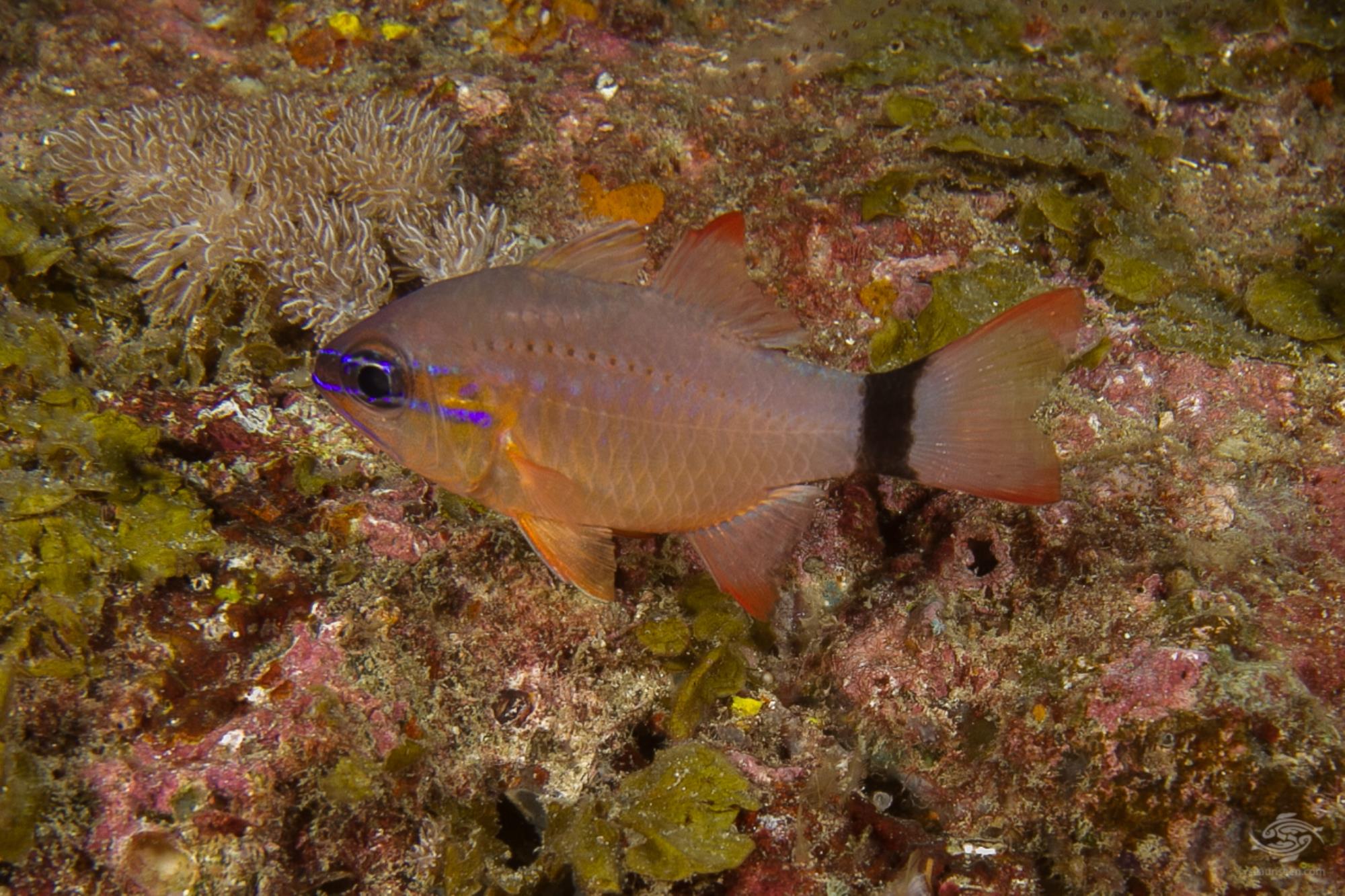 The flower cardinalfish are nocturnal feeders , feeding mainly on zooplankton and small benthic organisms. During the day they gather in shoals and at night they disperse and feed singly. 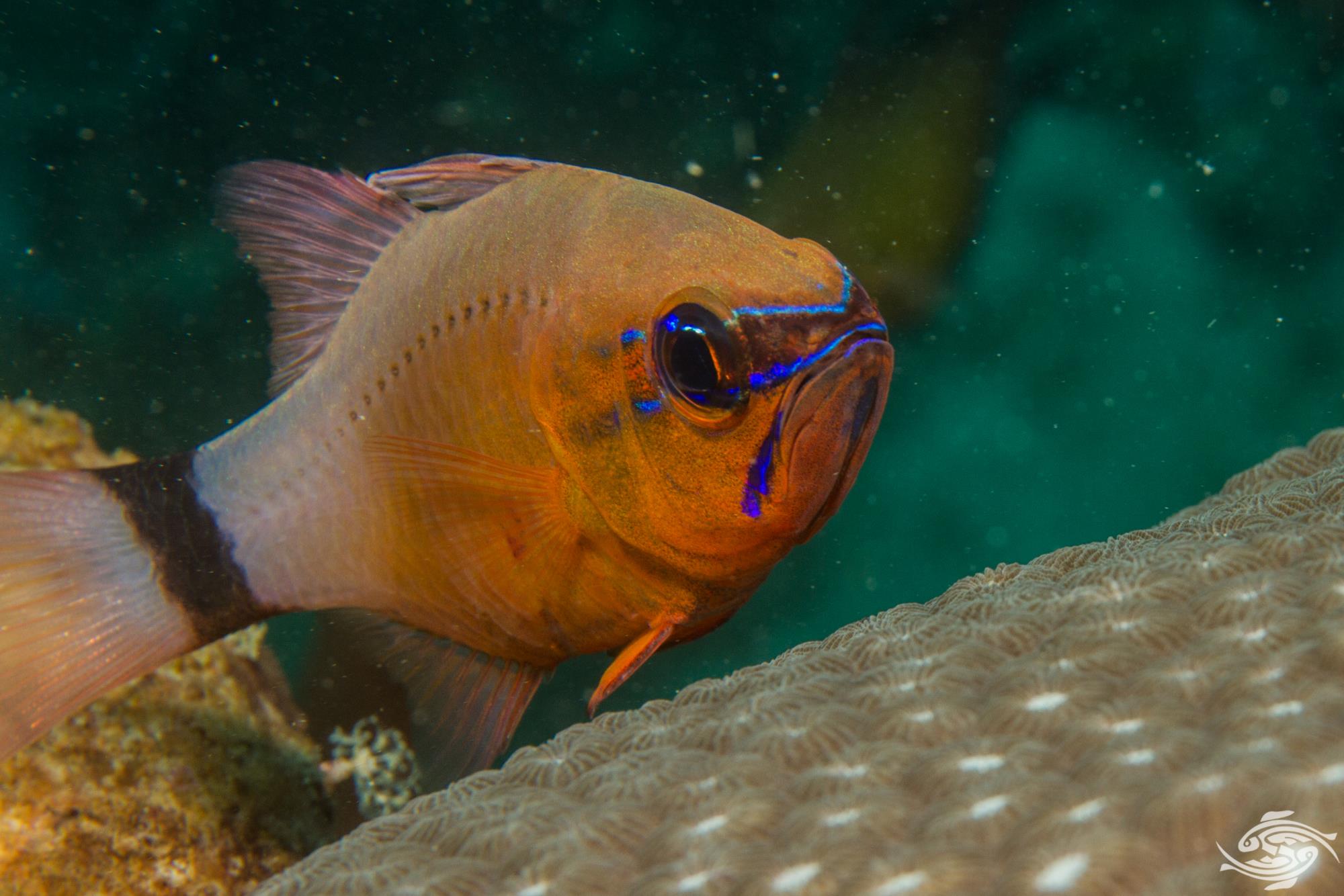 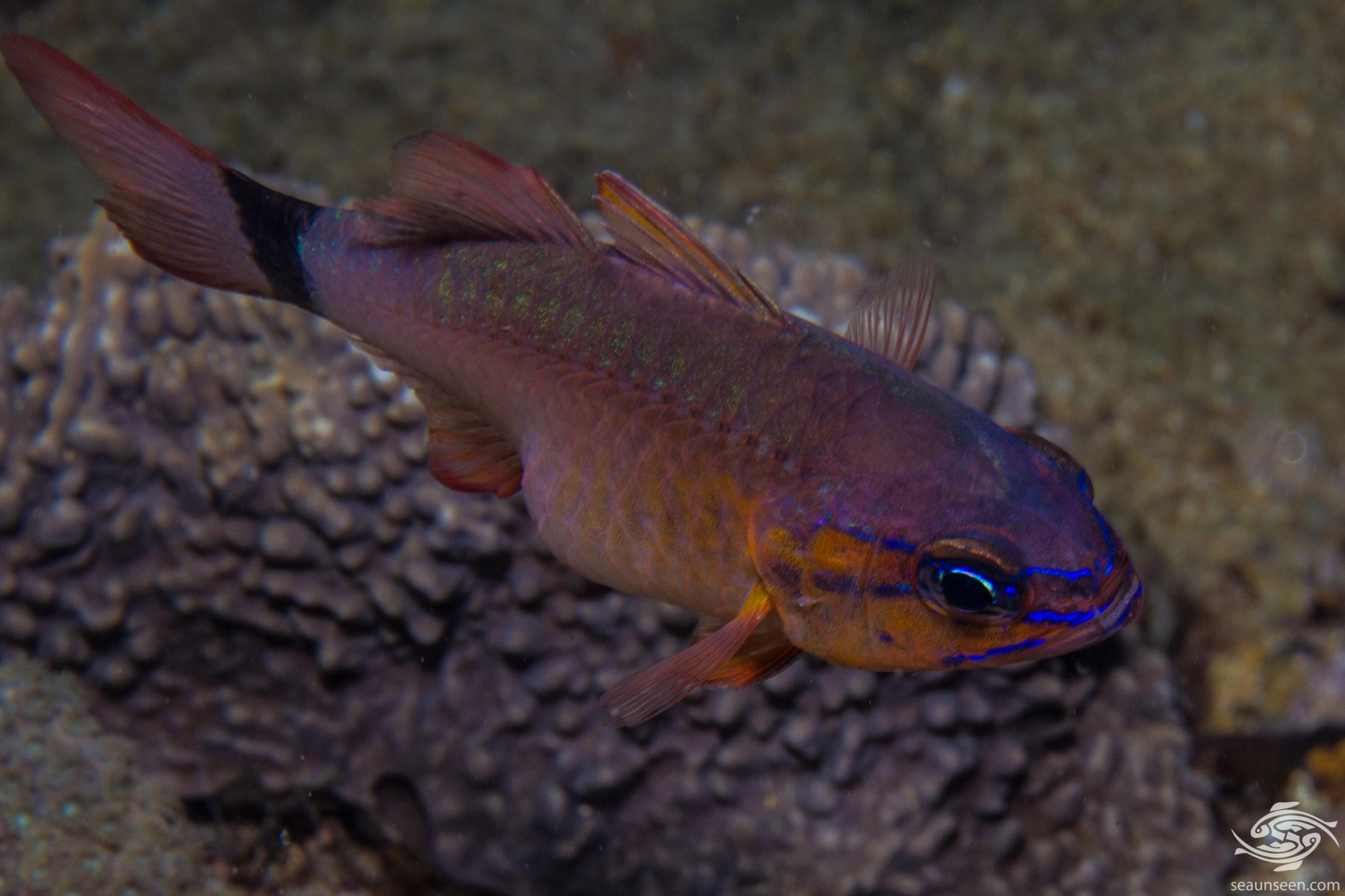 During breeding pairs are formed and once the eggs have been laid the male carries the eggs in his mouth until they hatch. During this time the male cannot feed and towards the end of the incubation period the males become quite skinny making the protruding mouth more noticeable. This can result in cannibalism with the male eating some of the eggs. In the image two above, the males mouth can be seen to be swollen. In the images below the enlarged mouth can be seen and in the zoom in, the eggs can be seen in the males slightly open mouth. 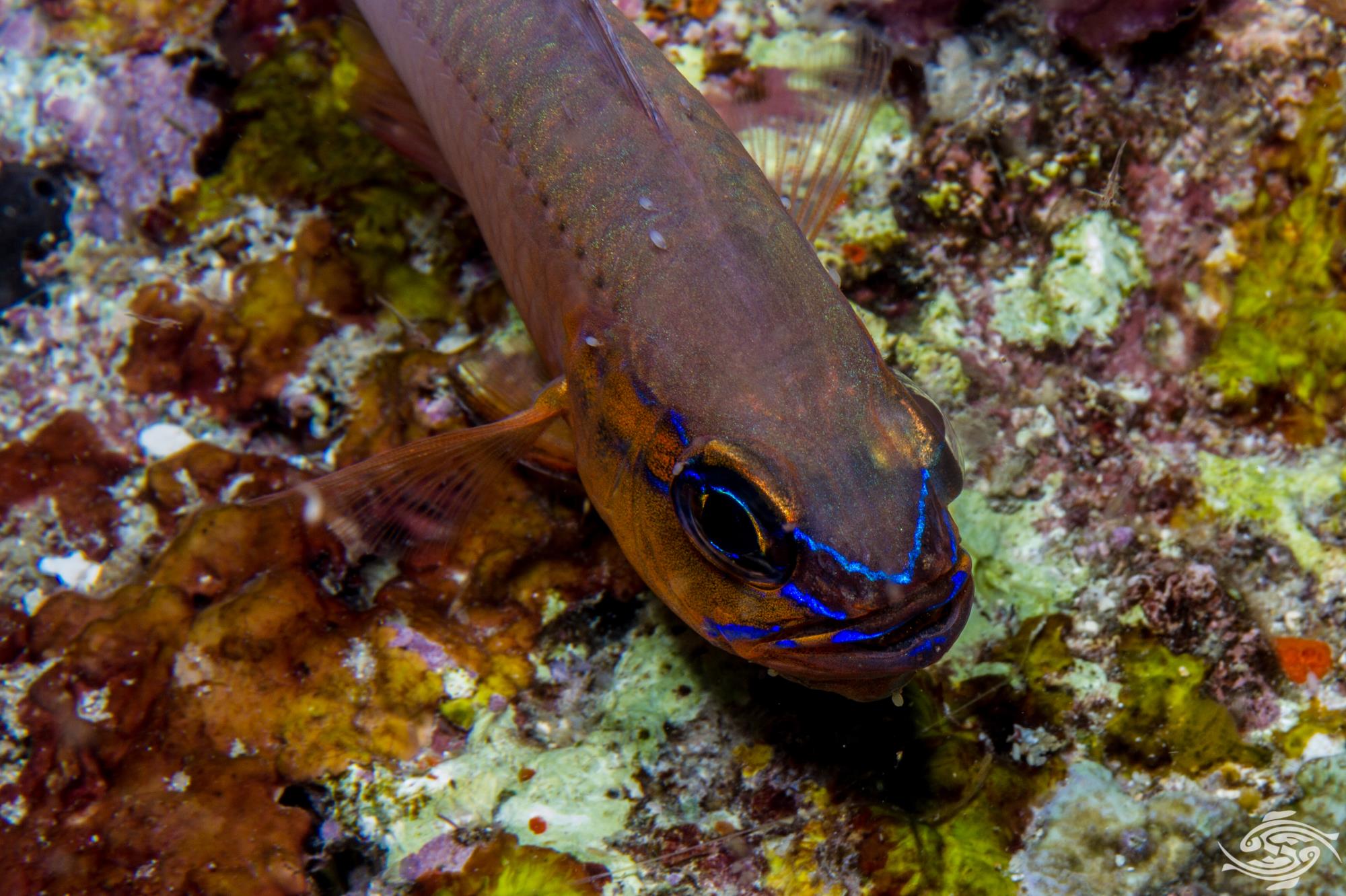 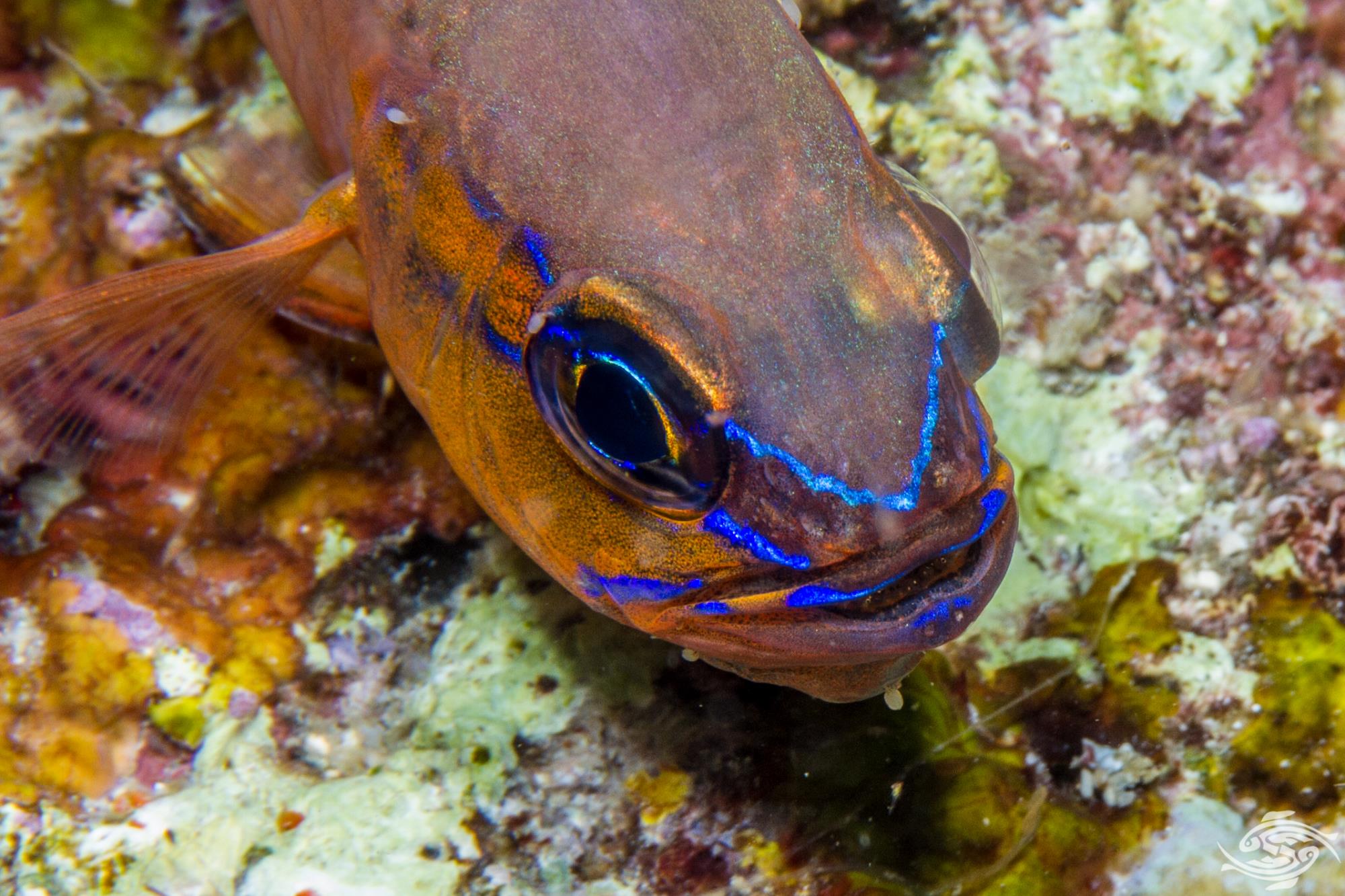 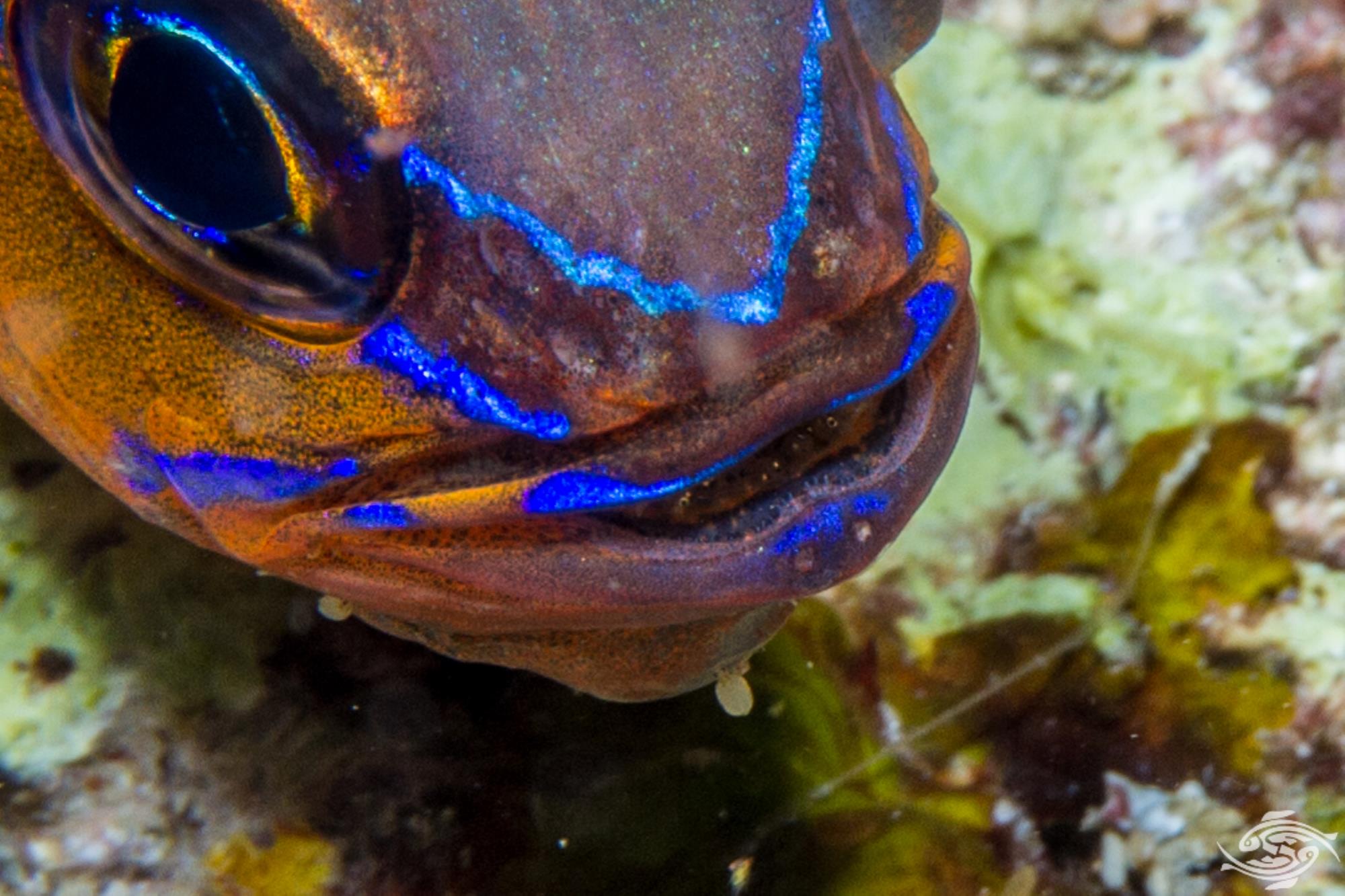 Flower cardinals are not commonly kept in aquariums, but several other species of cardinals are and there is no reason that they could not be kept. 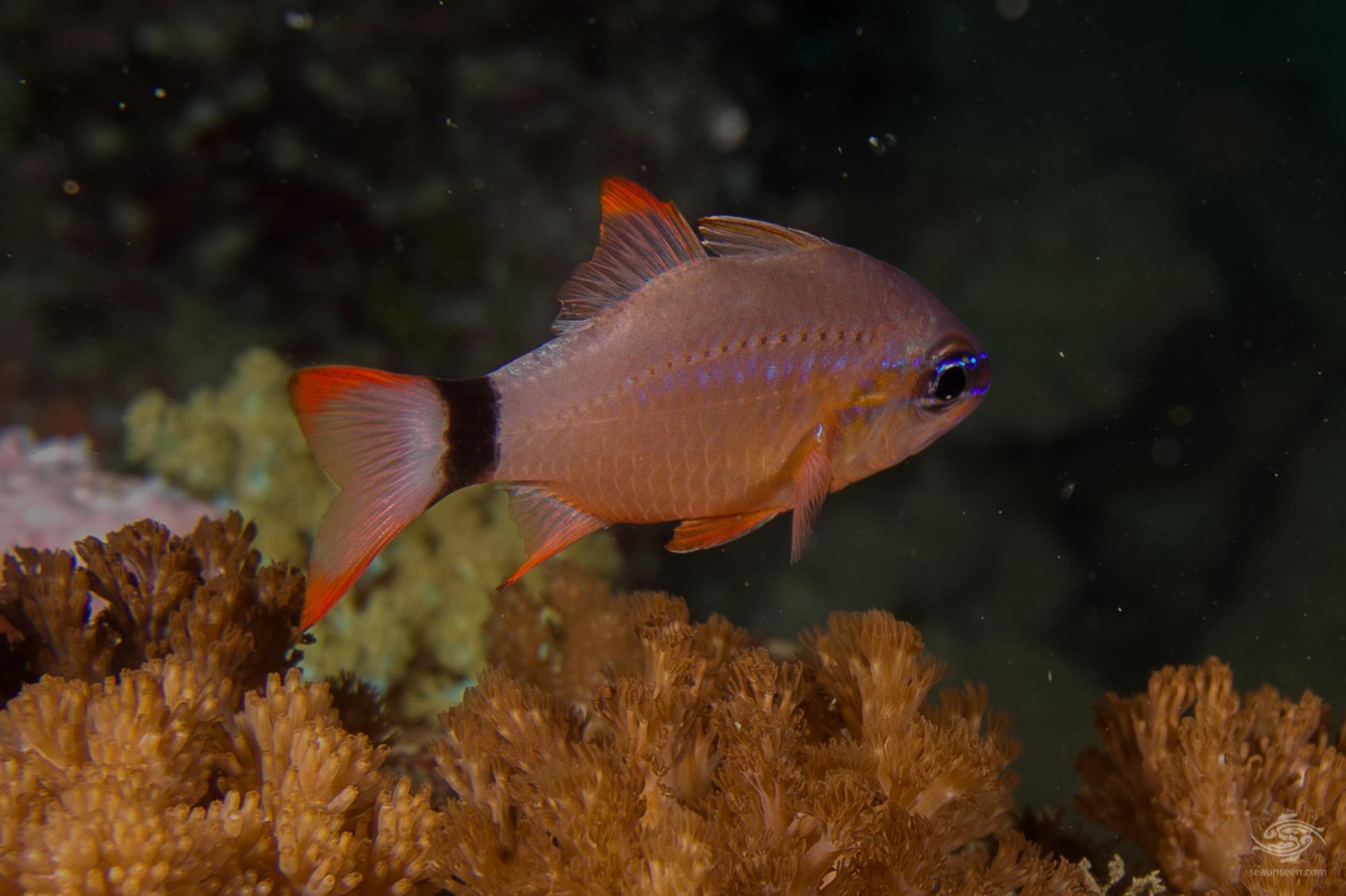