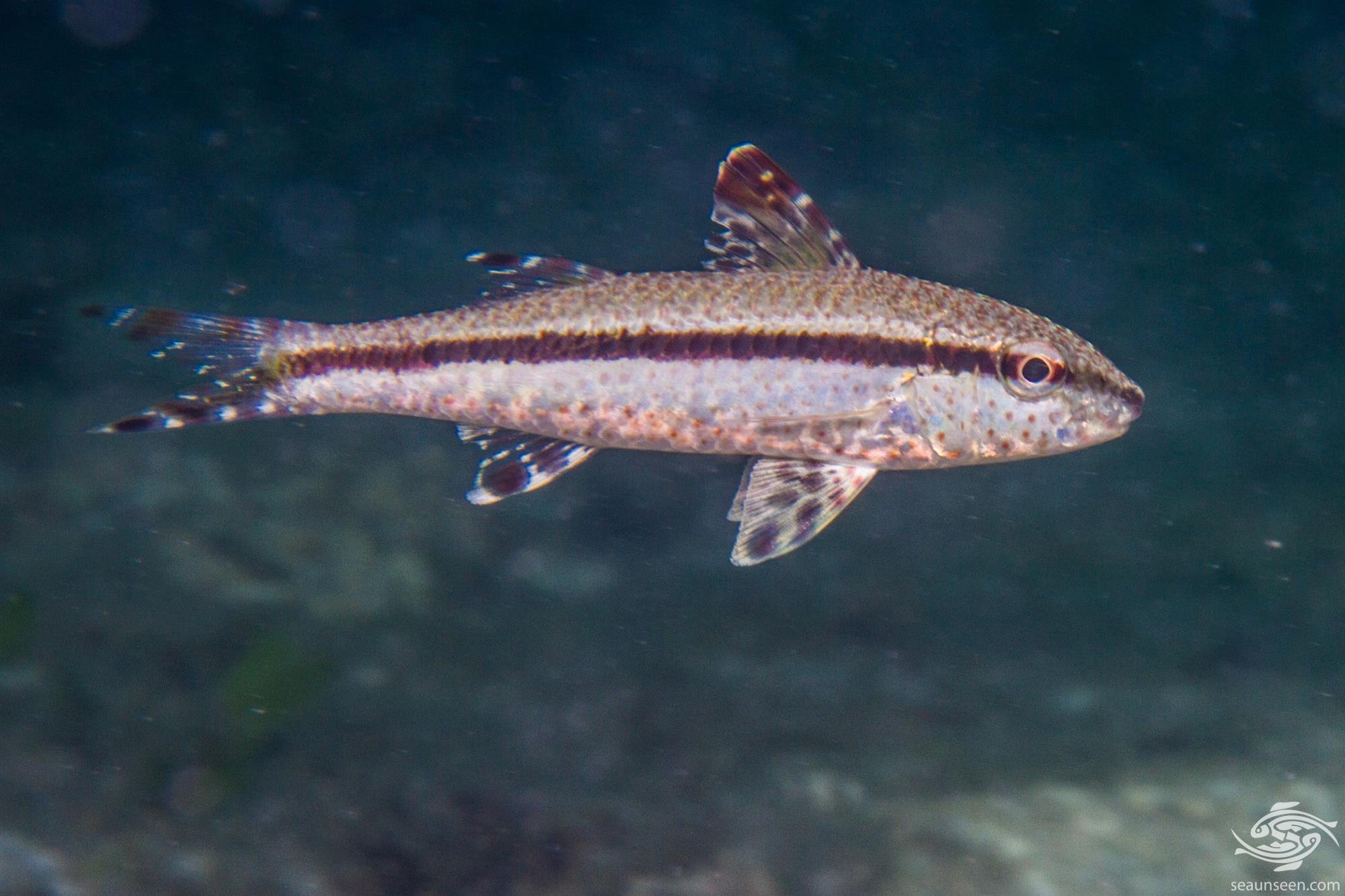 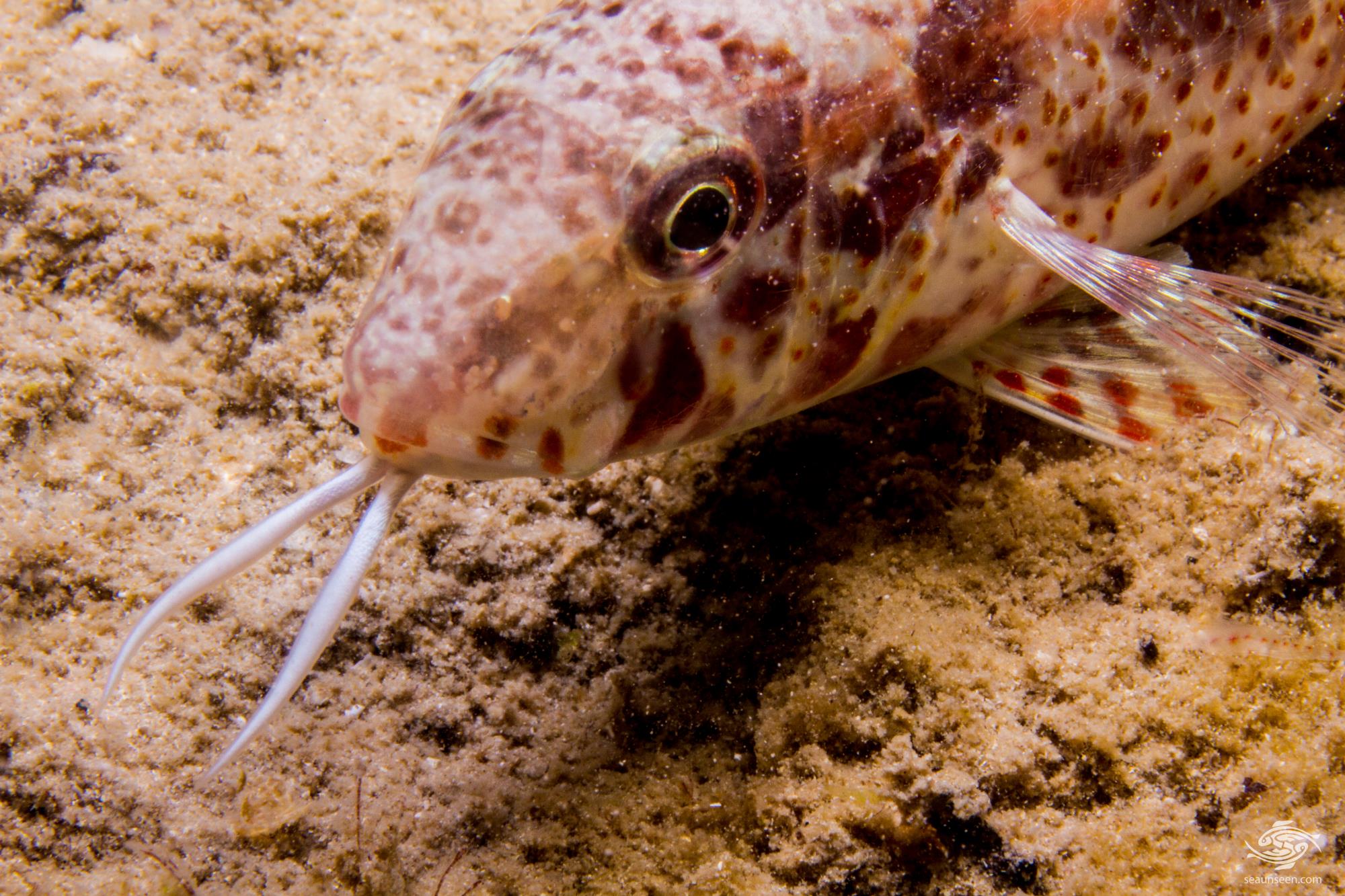 Goatfish all have a pair of retractable barbels or feelers that have sensory organs in them to chemically detect prey. They all have proportionally long bodies with a deeply forked tail and have the ability to change colors.

The Freckled Goatfish has the ability to change its colouration for camouflage purposes. Normally when one sees them swimming they have a silver background with a brown stripe which runs from the mouth, bisects the eye and runs to the middle of the caudal fin. The area above the stripe is heavily freckled with brown spots and the lower half is not as heavily freckled. The fins are variable in colour and can be darkened.

When they settle on the bottom they adopt a different colouration and can put up a series of black bars across the body and fins or lighten their body if necessary to match the bottom. From watching them, this transformation can be almost instantaneous.  They grow up to 33cm but we have never seen one this size in Tanzania. Typically the larger specimens are no more than 15 cm in length and we have never seen a reddish colored specimen. In other parts of the world Red and Brown populations exist. The barbels seem to be able to change color as well and sometimes they are yellow and sometimes white. At night the stripe is dropped and their colors are as in the image below. 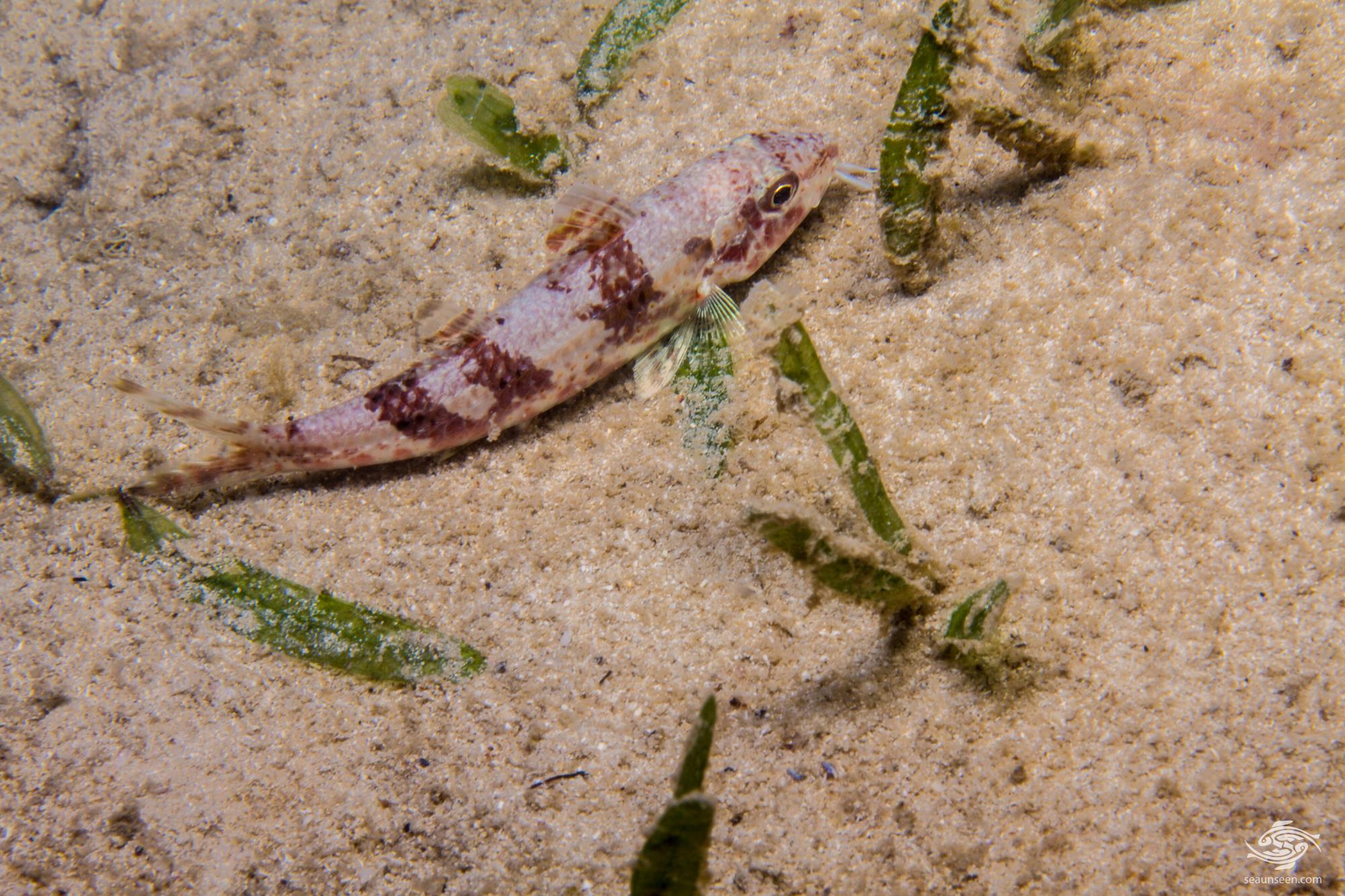 This color change adaption is well suited to their environment in which the background colors range from white sand to darker more muddy bottoms and seagrass.  One can sit and watch them change colors before ones eyes, particularly when they settle on the bottom. 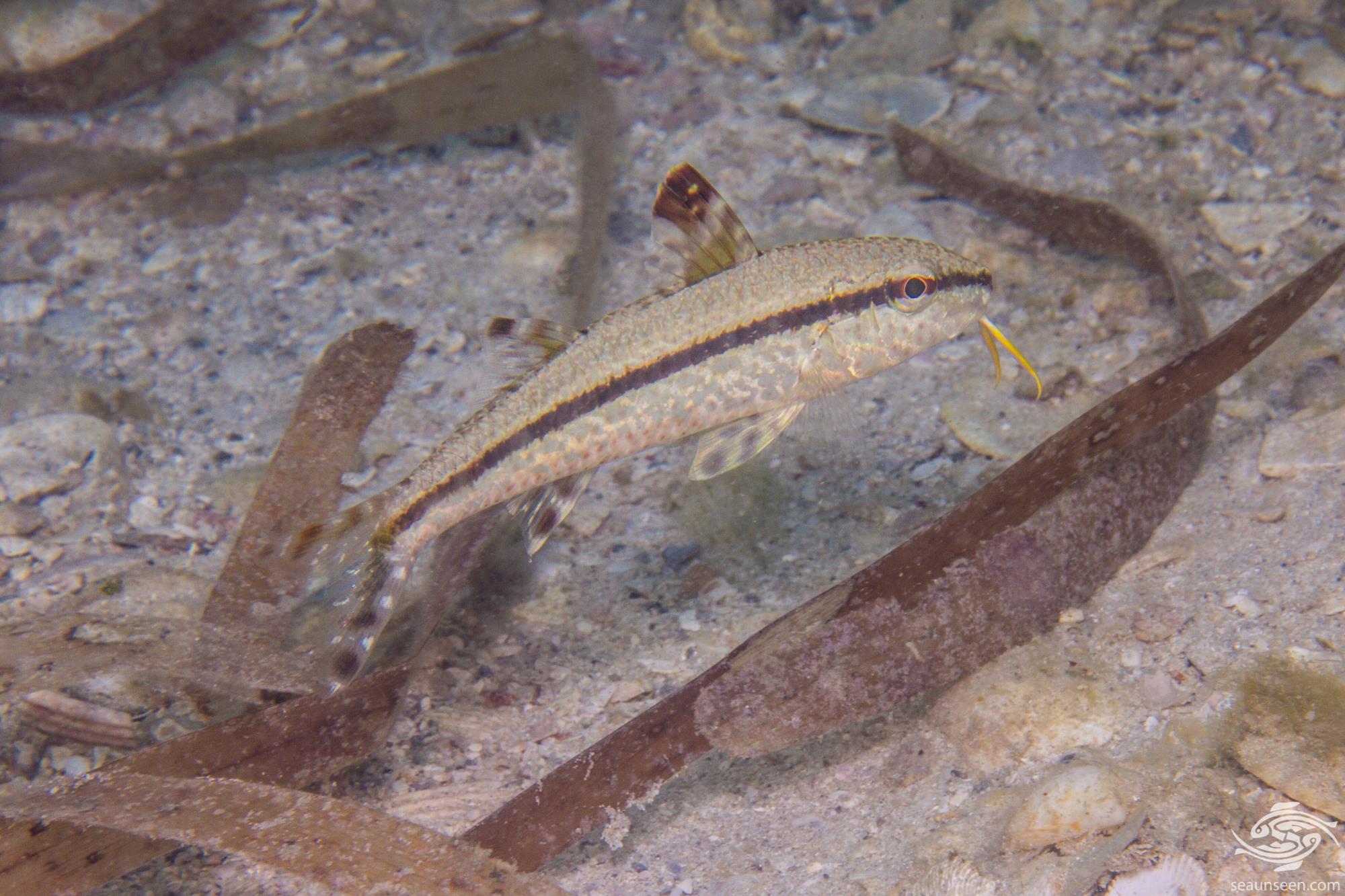 FRECKLED GOATFISH IN THE WILD

The Freckled Goatfish is common on shallow sandy areas with seagrass in bays and estuaries on the Tanzanian coast. They are often singular but at times there are small groups.  At night they hide in the seagrass. Their color changing abilities are fairly extreme and they are able to instantly darken or lighten their coloration. 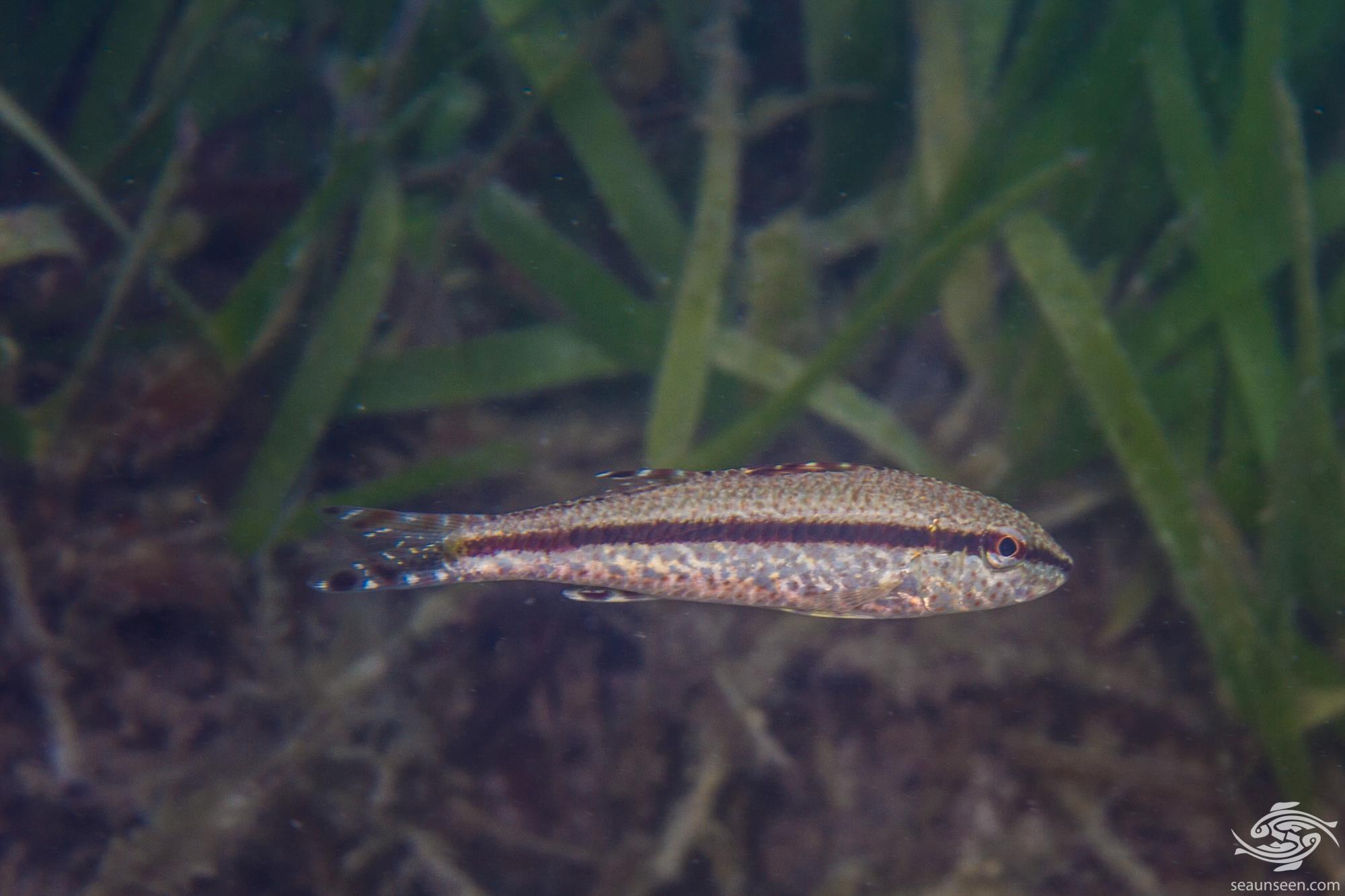 The Freckled Goatfish has been separated into two distinct species , Upeneus heemstrais in the western Indian Ocean and Upeneus tragula which is found across the Indo Western Pacific  Ocean. 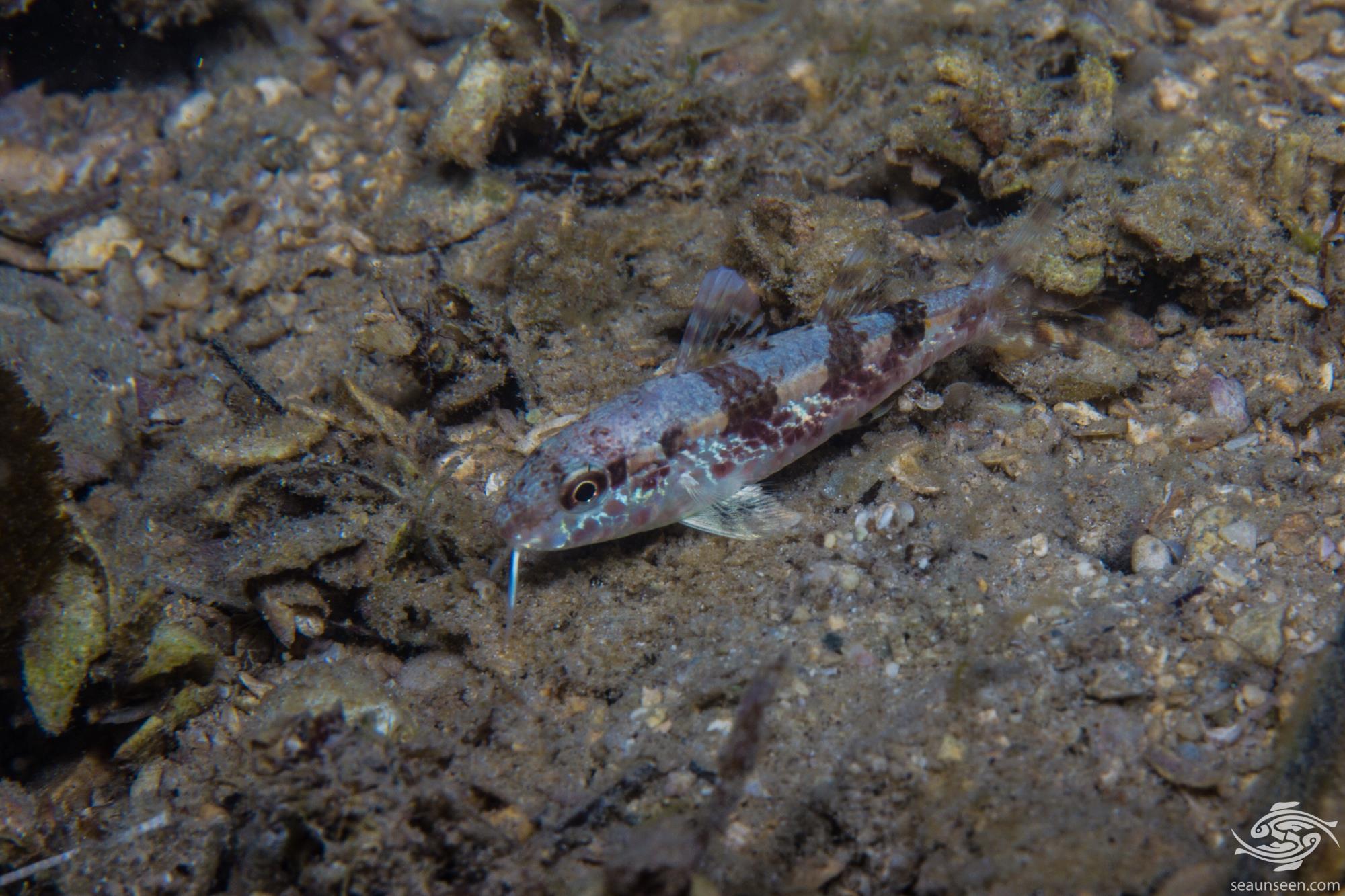 The Freckled Goatfish feed on worms, small crustaceans, isopods, amphipods, pelecypods, foraminiferans, gastropods, and mollusks. Compared to the other goatfishes they forage more over the sand.  Once they begin searching an area they comb it quite meticulously with their barbels. 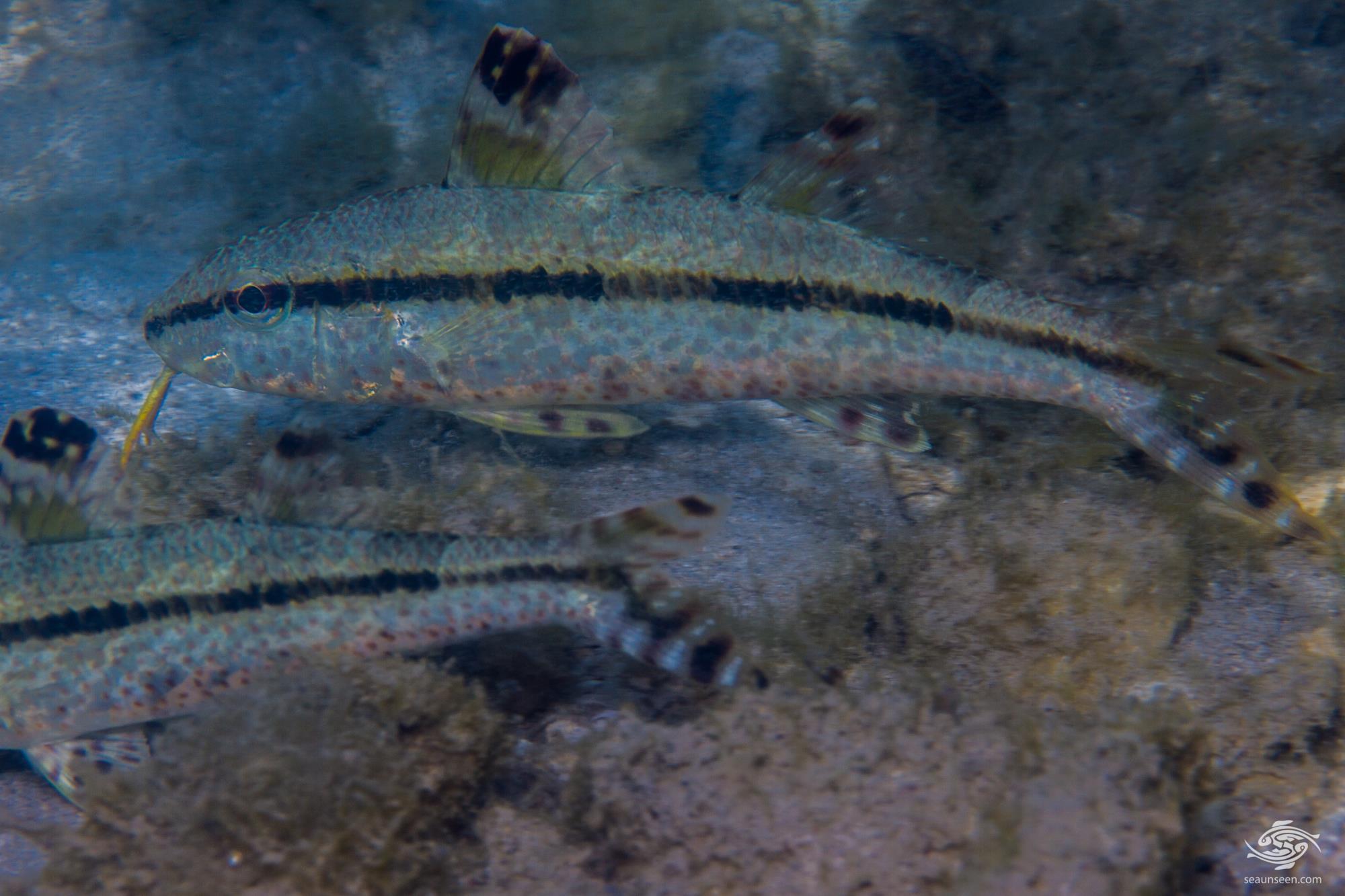 Little is known of their breeding habits but their eggs are released onto the substrate and they have a long larval period. Once the barbels begin forming they become benthic. 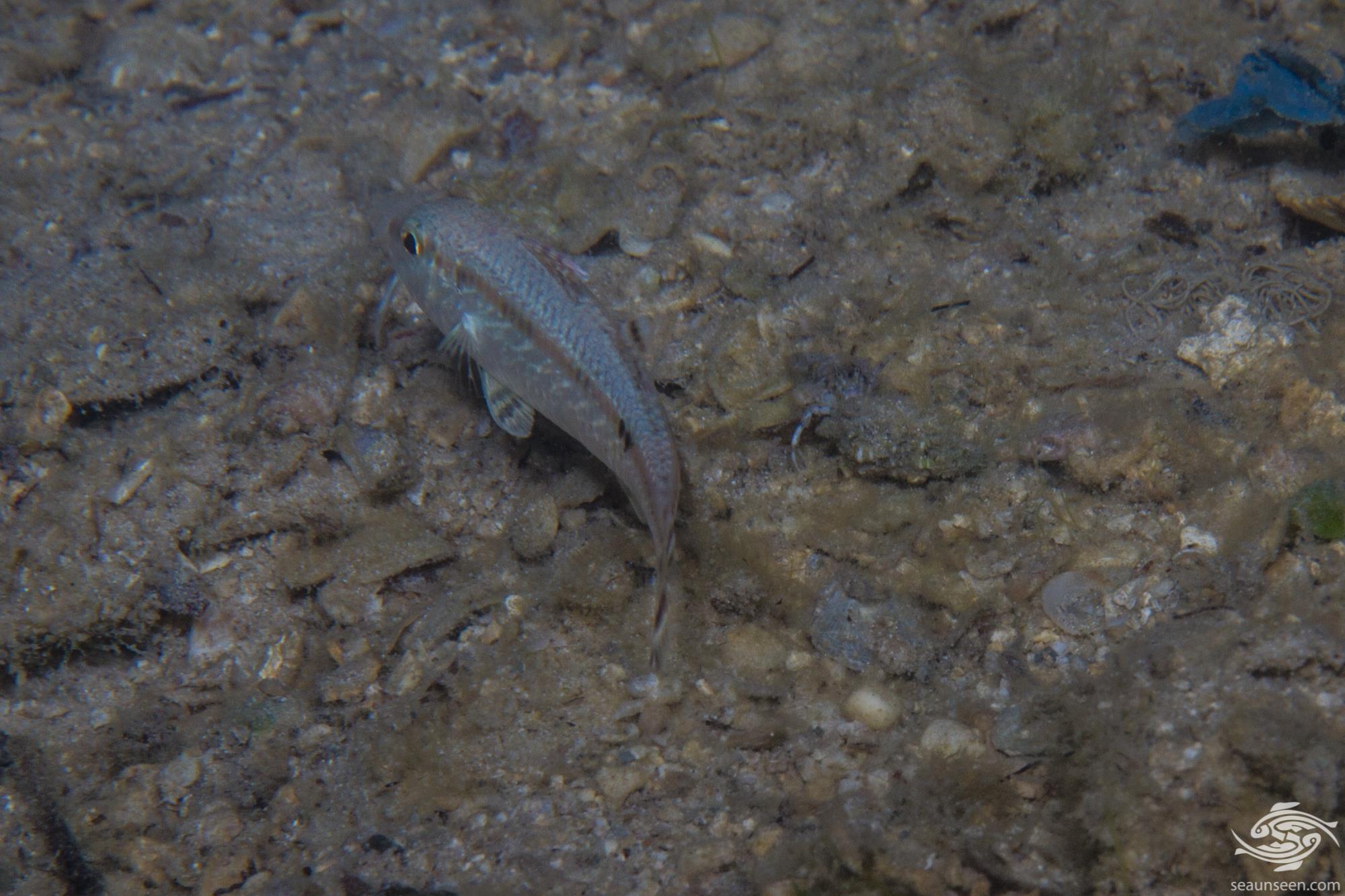 Freckled Goatfish are not commonly kept in aquariums. Because of their potential size of 33 cm they would require a large tank. All goatfish have a tendency to root around and they are not suitable for reef tanks and rocks would have to be be well anchored. 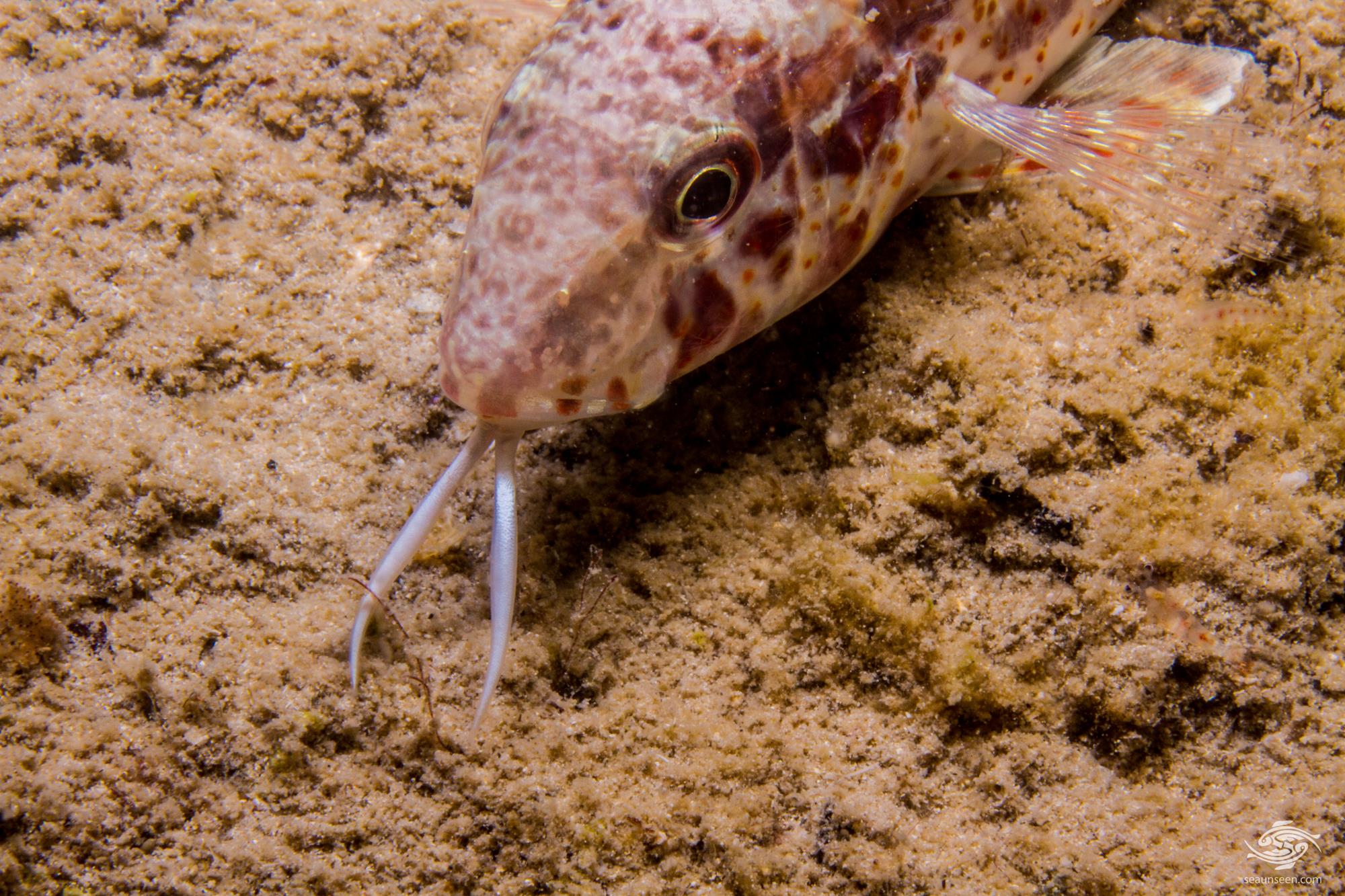