A Free-Diver in the Making 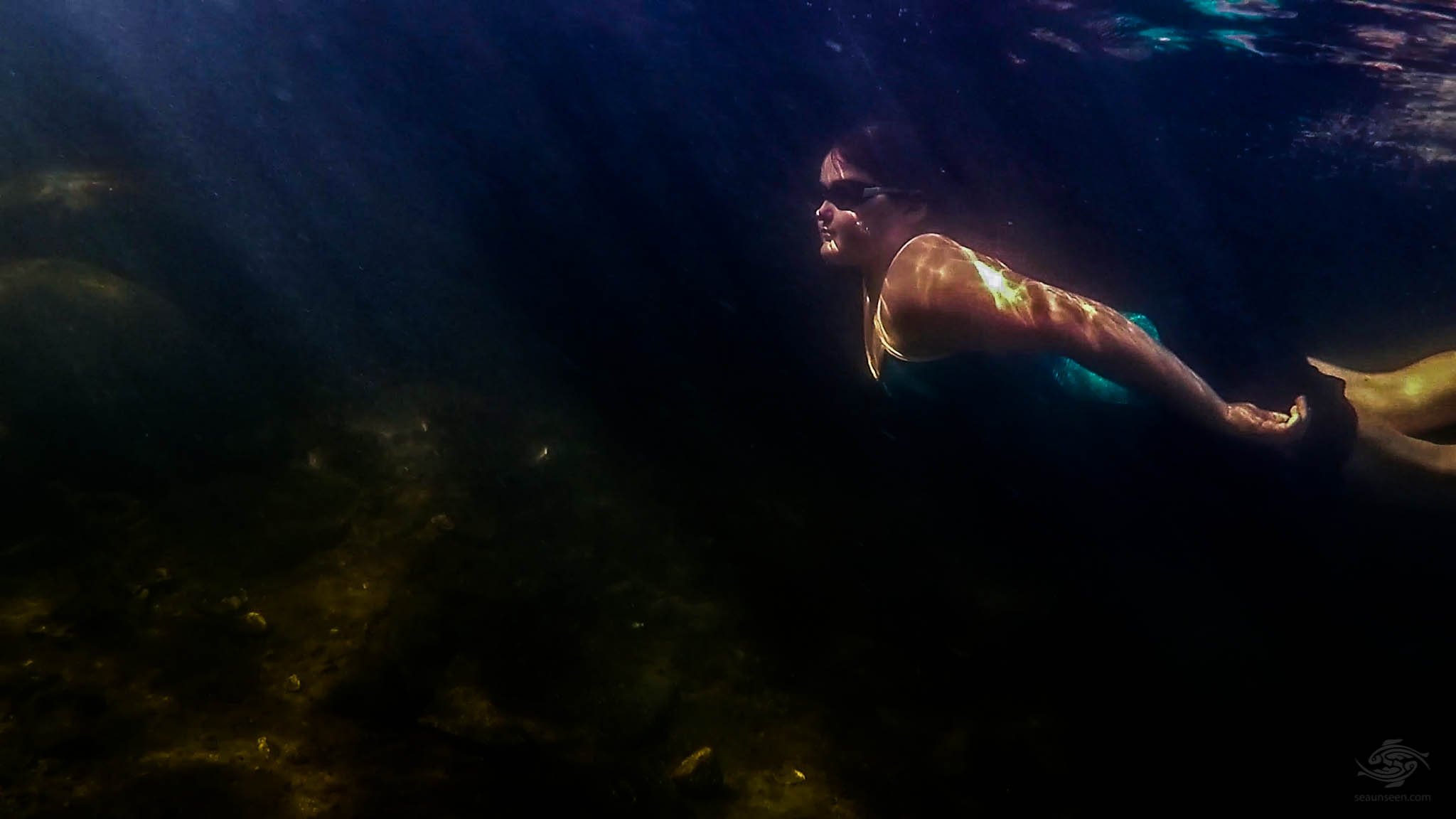 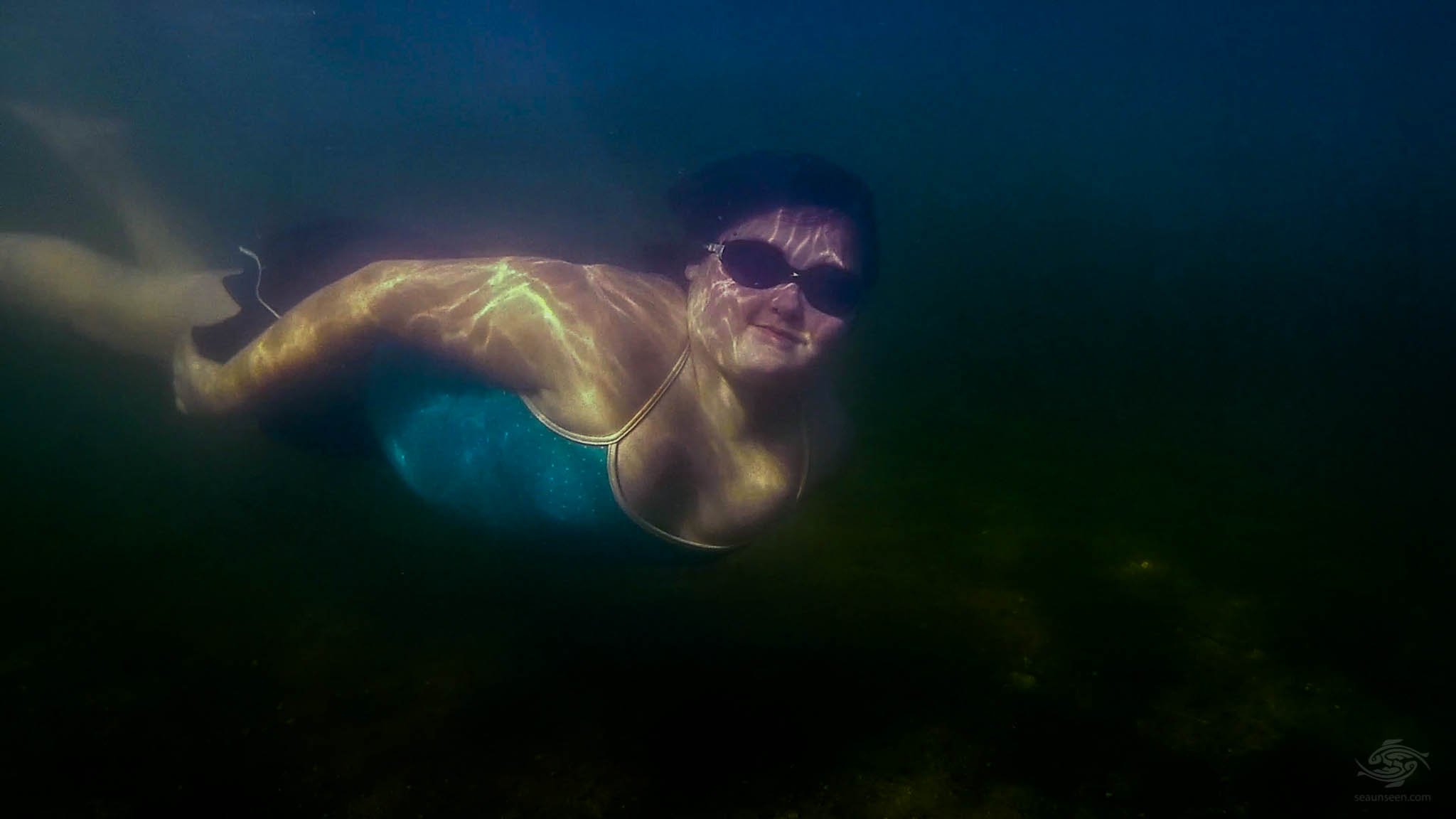 “I gave her a set of goggles, before I set out for the center of the lake, and when I returned, there she was, swimming away like a fish!” In contrast to Renee’s 3.5 mm free-diving suite, hood, gloves fleece vest and booties, Autumn wore a mere bathing suit as well as an ear to ear smile. 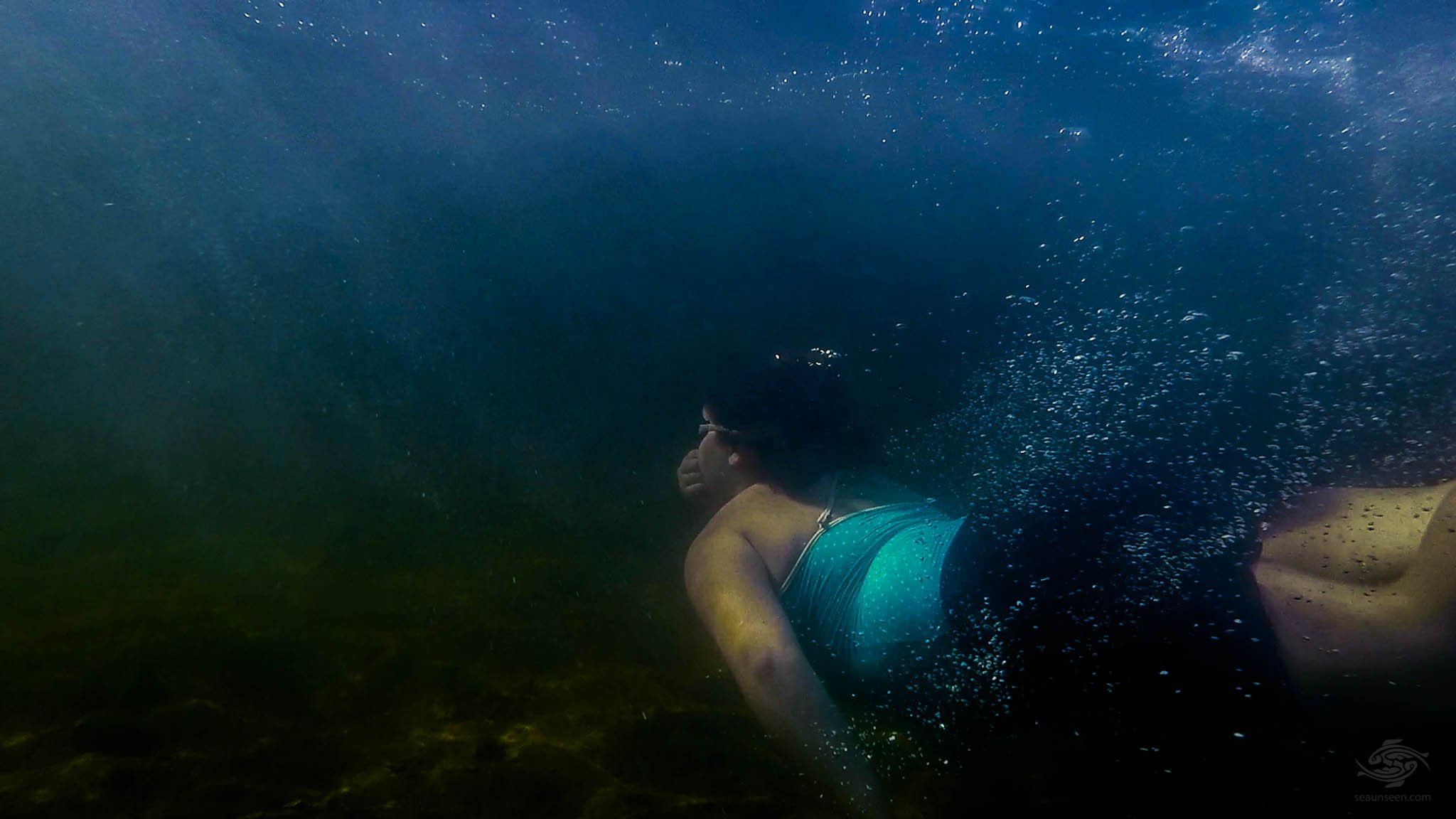 “I was amazed at how comfortable and natural she was in the water, and so happy! She had the biggest smile and was having a blast.” says Renee. She filmed her younger sister free-diving in the lake, using a GoPro Hero 3, then afterwards extracted screenshots from the footage. 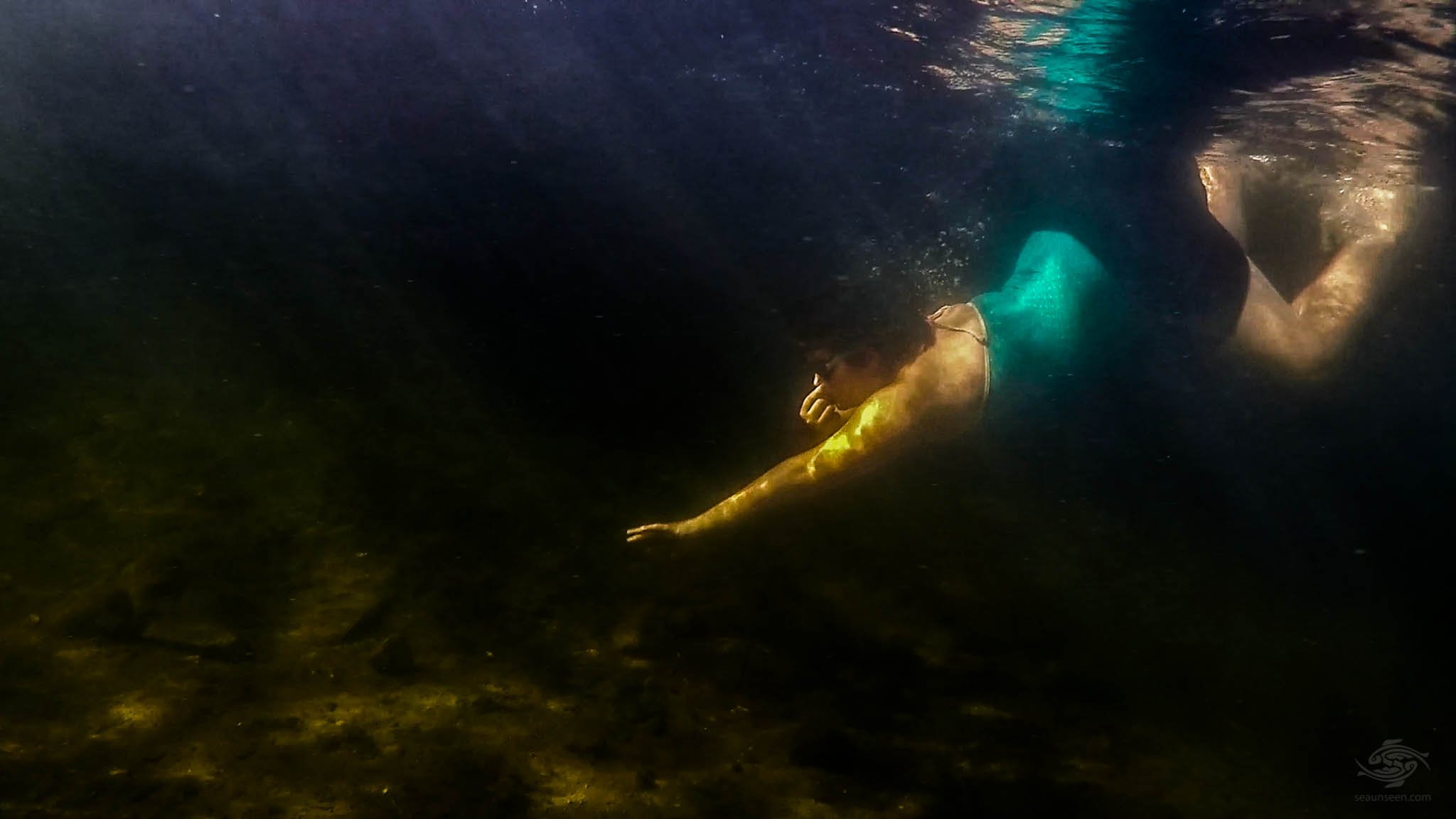 “It was the best day I think we’ve ever spent together. Seems like our love for the water brought us even closer as sisters.” says Renee. Renee and Autumn look forward to doing more free-diving and underwater filming together throughout the month of October, during Renee’s visit home. 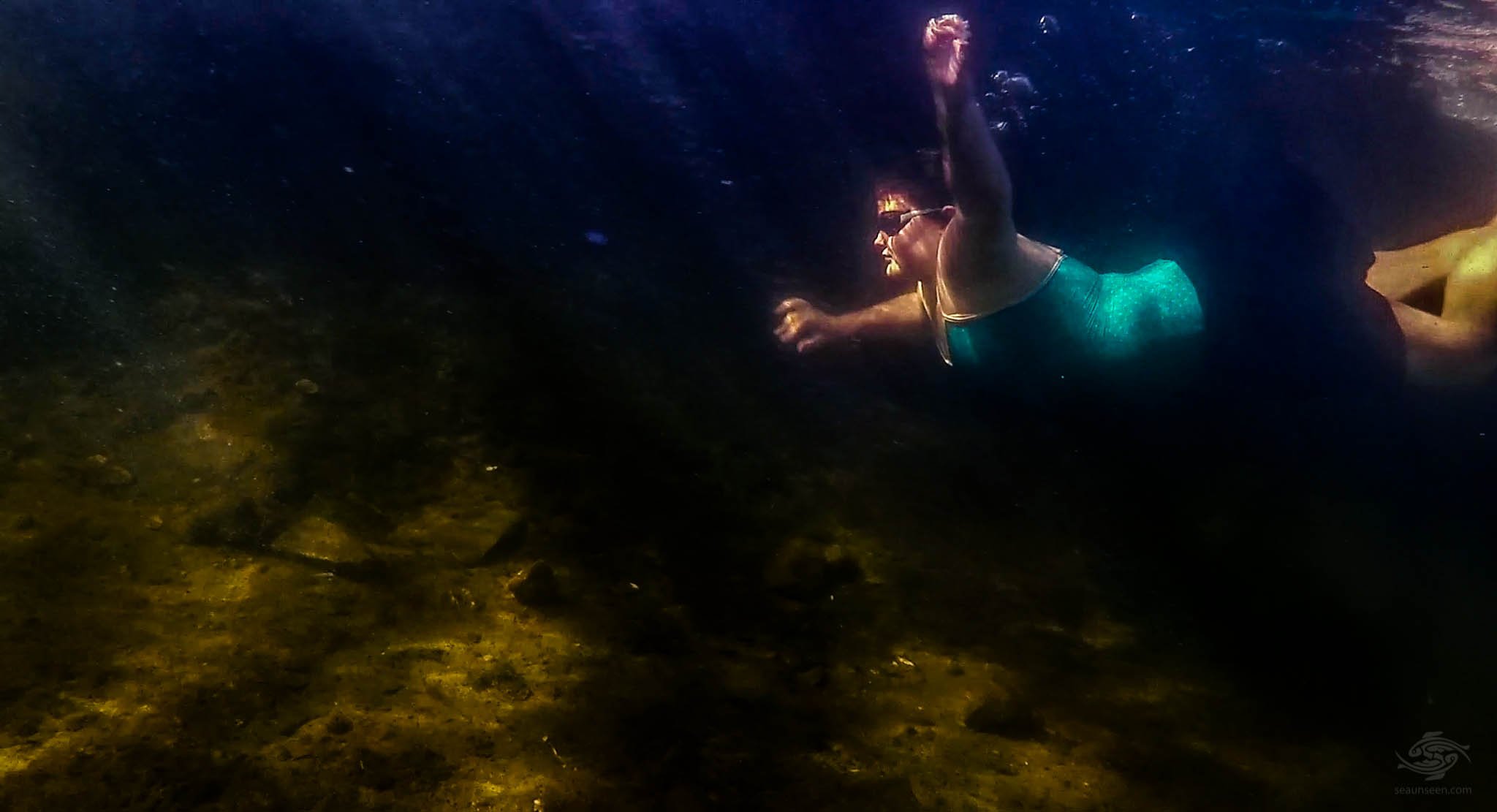