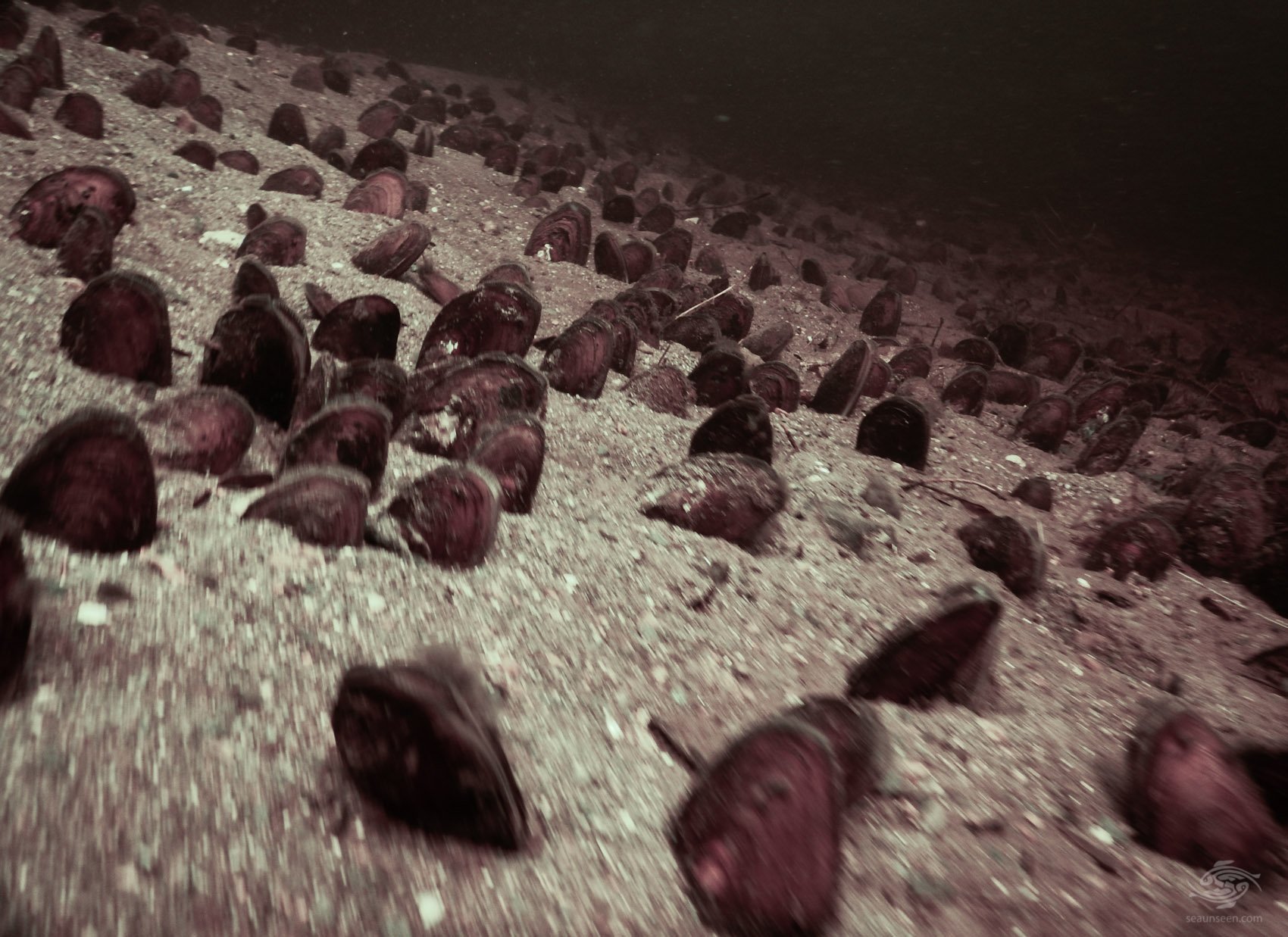 A large quantity of Freshwater Mussels in Wyman Lake. These filter-feeders provide a vital service to the lake by removing suspended particles such as algae, bacteria and detritus from the water column. Because they constantly filter large volumes of water, reside in benthic substrate, can’t leave their surroundings, and live a long time (more than 100 years for some species!), Freshwater Mussels in Wyman Lake are sensitive to contaminates and changes in their environment. Consequently, they are a valuable indicator of water quality and aquatic ecosystem health, but they’re also one of the most imperiled groups of animals in the country. Of the near 300 species of freshwater mussles found in the United States, more than a third have already vanished or are in danger of extinction and over 75% are listed as Endangered, Threatened or Special Concern on a state level. These dramatic declines have been caused largely by the degradation and loss of mussel habitat from pollution, dams, and the channelization and sedimentation of once clean, free-flowing rivers and streams. In some parts of the country, the accidental introduction of a prolific foreigh competitor, the zebra mussel, is also jeopardizing many populations.
Photo taken with a Canon EOS 7D