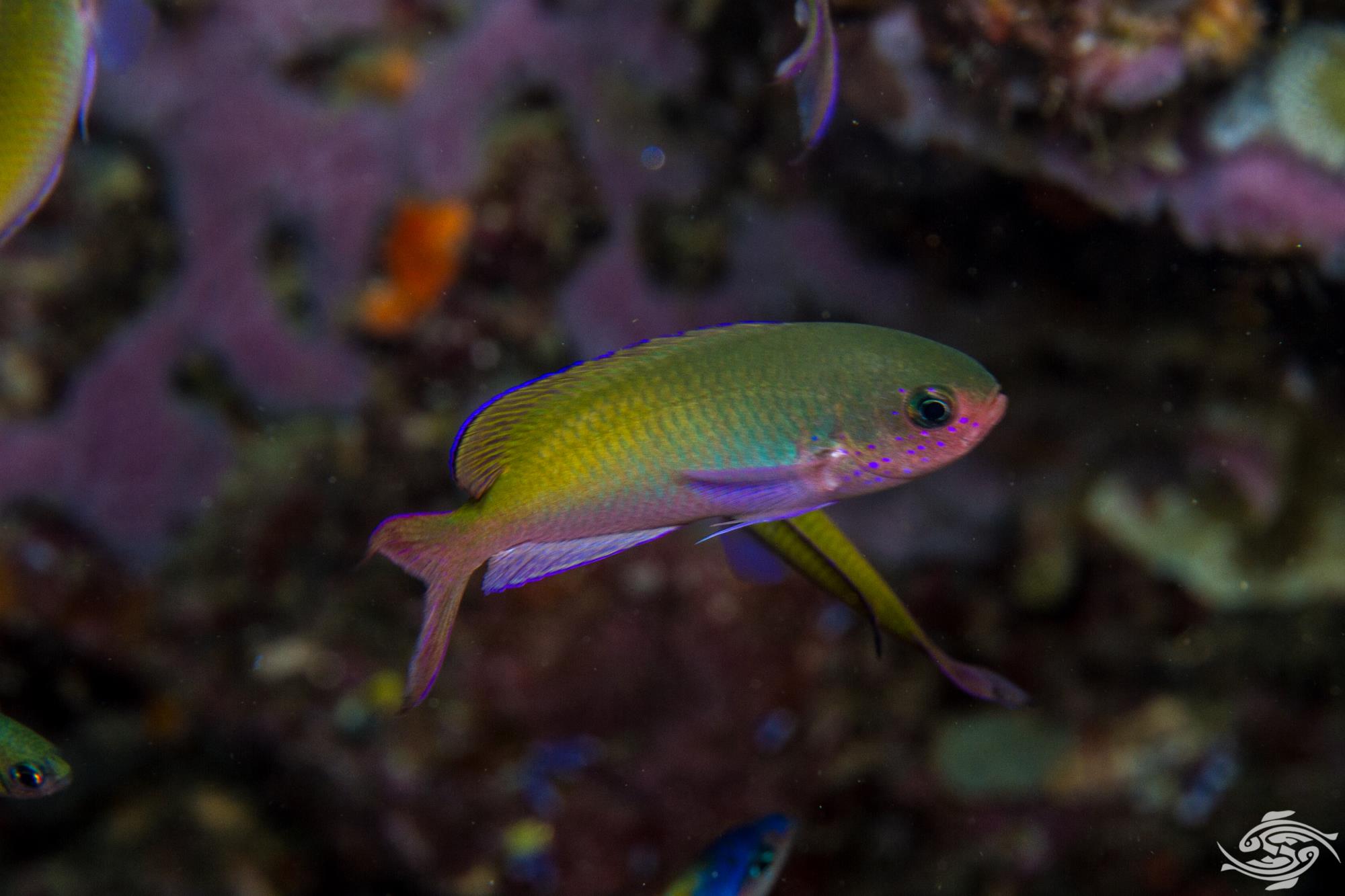 The Fusilier Damselfish (Lepidozygus tapeinosoma) is also known as the Fusilier Damsel and the Red Wing Coral Damsel. They do not resemble most other damselfish and often swim with pseaudoanthias species which they resemble in shape and diet. 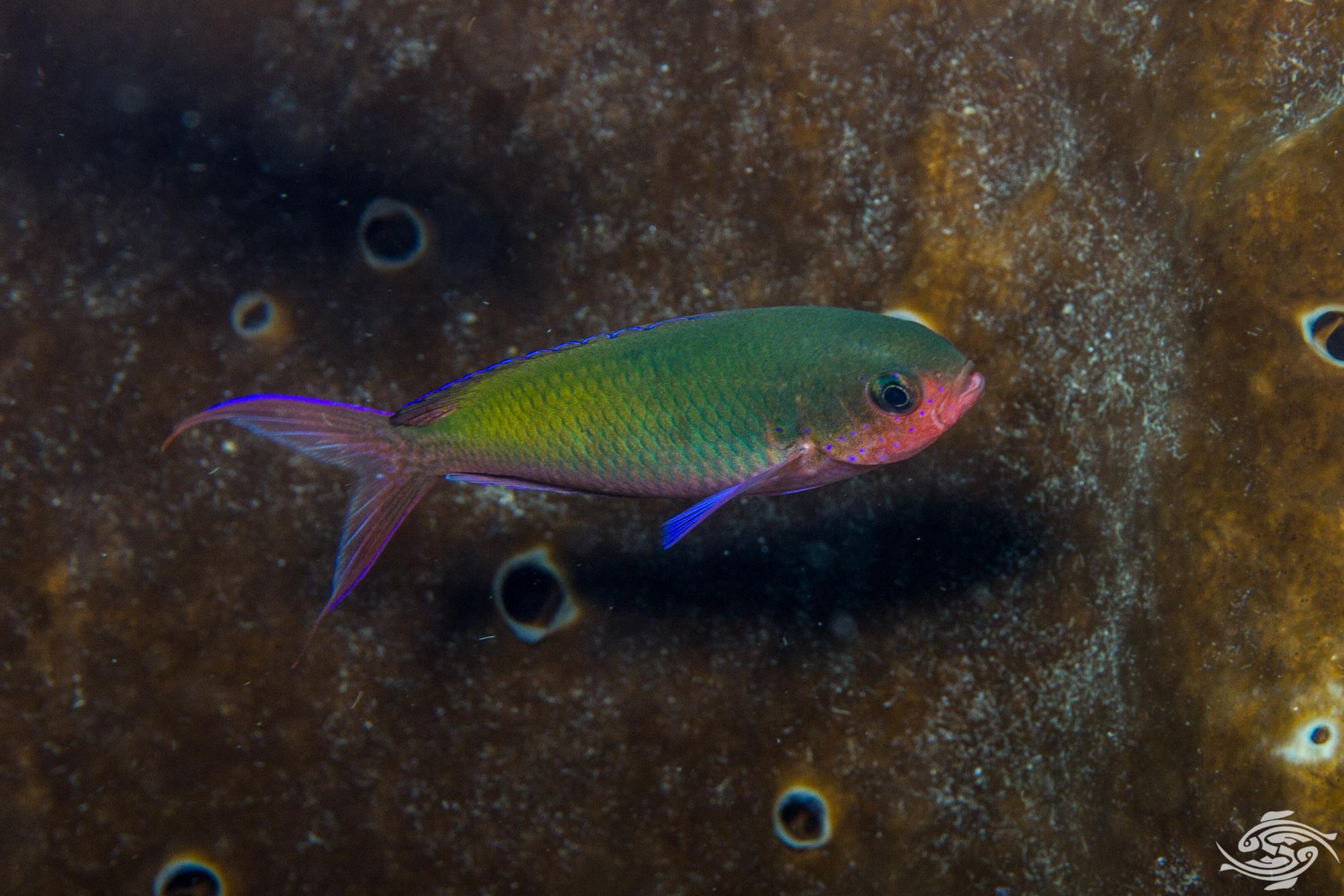 The body of the Fusilier Damselfish has an elongated cylindrical shape that tapers back into a forked caudal fin. The base colour of the body is a dark greenish colour which goes more yellow green towards the caudal area. The area below the eye and around the mouth is a pinkish colour with blue dots. The caudal fin is forked and is a reddish colour tipped with blue. The anal and dorsal fins are lined with blue. Some specimens have a large yellow blotch on the rear of the dorsal fin while others do not. It is not known if this is a sexual differentiation or not but most have yellow on the dorsal fin. They appear to lighten their colouration when feeding in the water table. 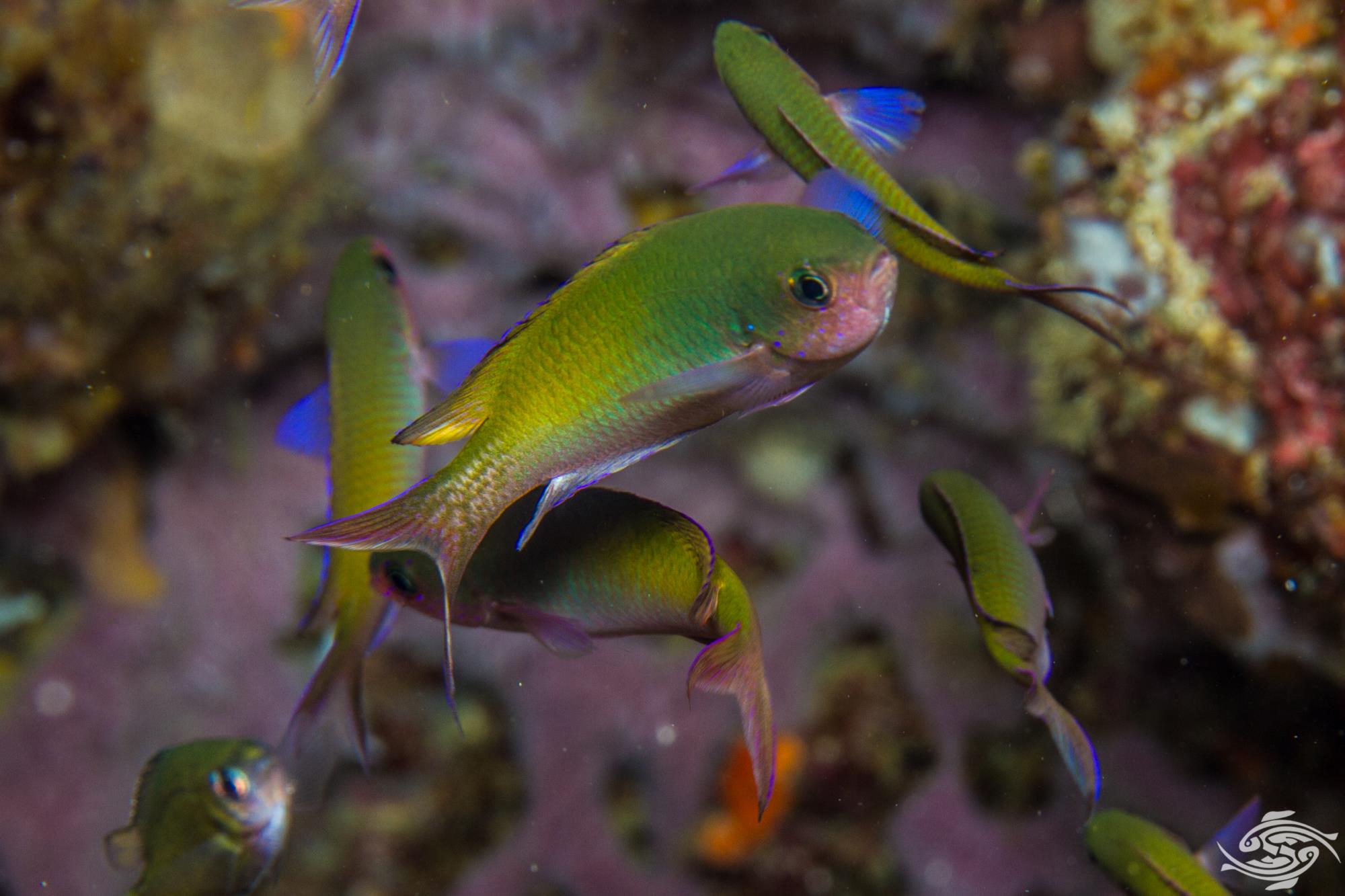 FUSILIER DAMSELFISH IN THE WILD

Fusilier Damselfish are not a very common fish on Tanzanian reefs. They are usually seen on seaward reefs from 12 to 18 meters in depth around a prominent feature. iN Tanzania they seem to associate with the Silver-Streak Goldie (Pseudanthias kashiwae) which also feed on zooplankton. In other areas they have been noted to swim with the Threadfin Anthias (Pseudanthias huchti). They are fast strong swimmers and are noted for their ability to catch zooplankton in the water table. 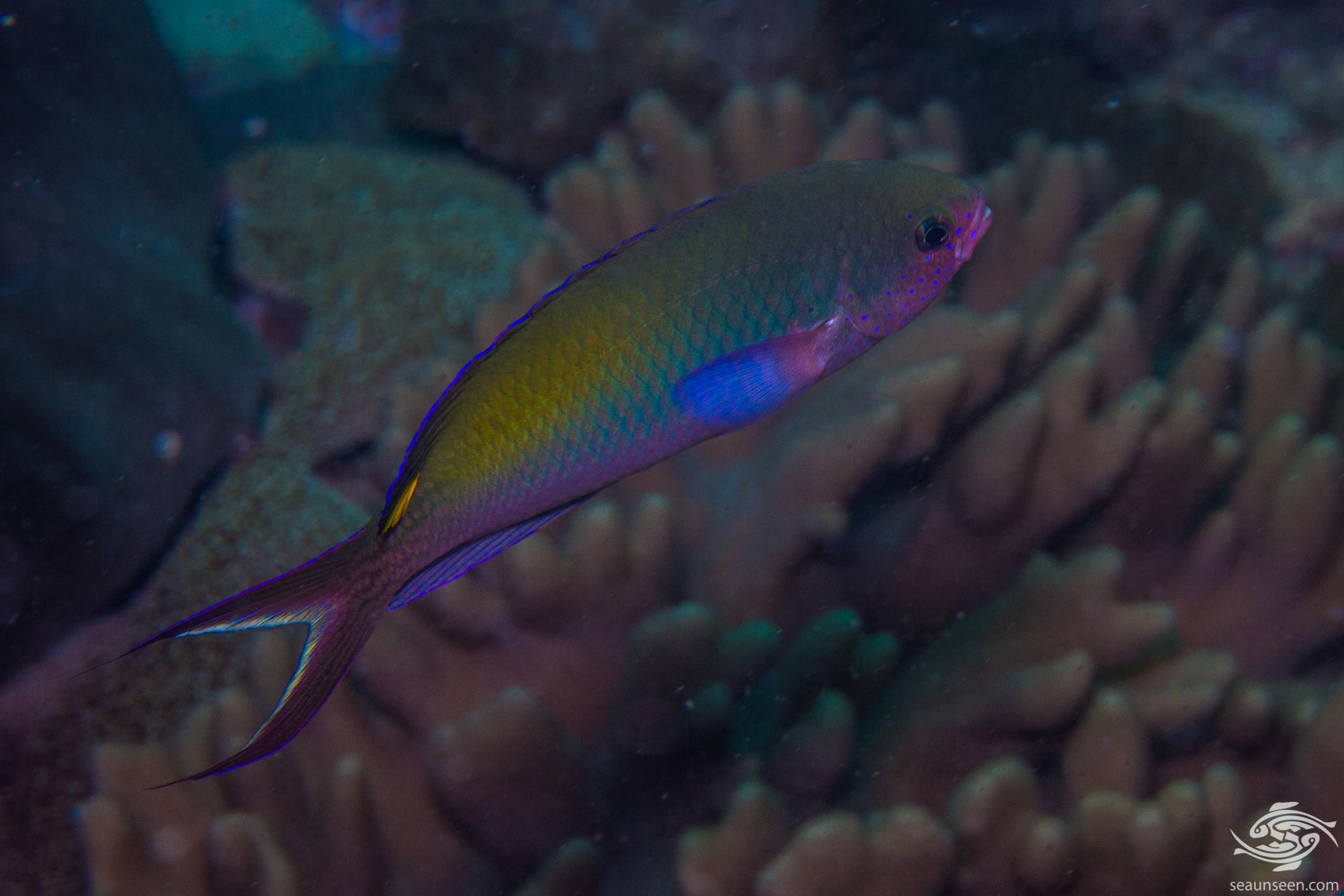 They dart out of their hiding places and swim quite high in the water table to feed. When swimming high in the water table it appears as though their colours go more silvery.  They are fast moving fish and are difficult to photograph well. When in hiding they form loose a shoal and mill around making it very difficult to focus on a single specimen. They are occasionally also seen swimming upside down in the caves that they hide in.  They seem to prefer large holes or cavities within which they can shoal and will only move into smaller hiding places if one approaches very close. 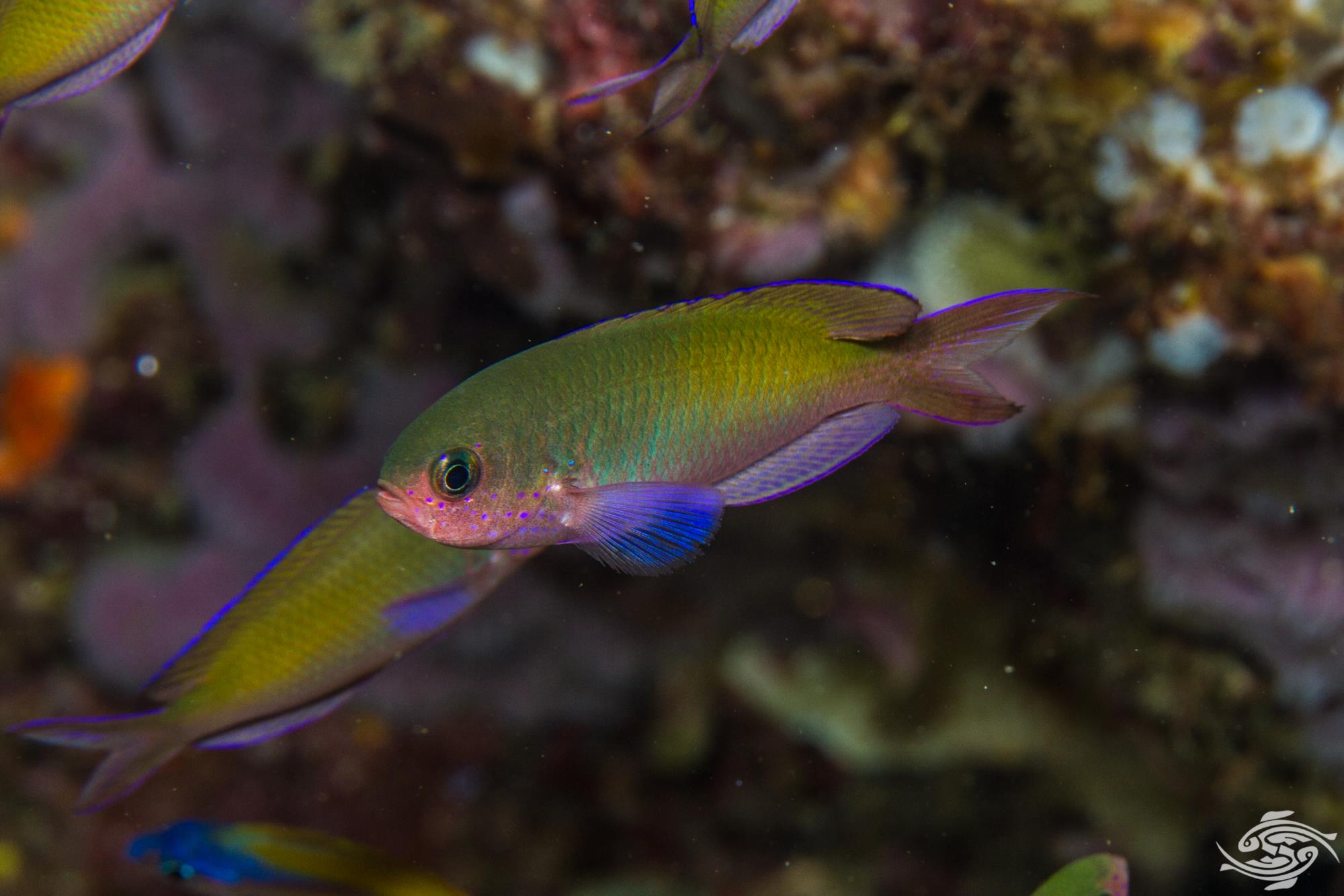 The Fusilier Damselfish is found across the Indo west Pacific area. 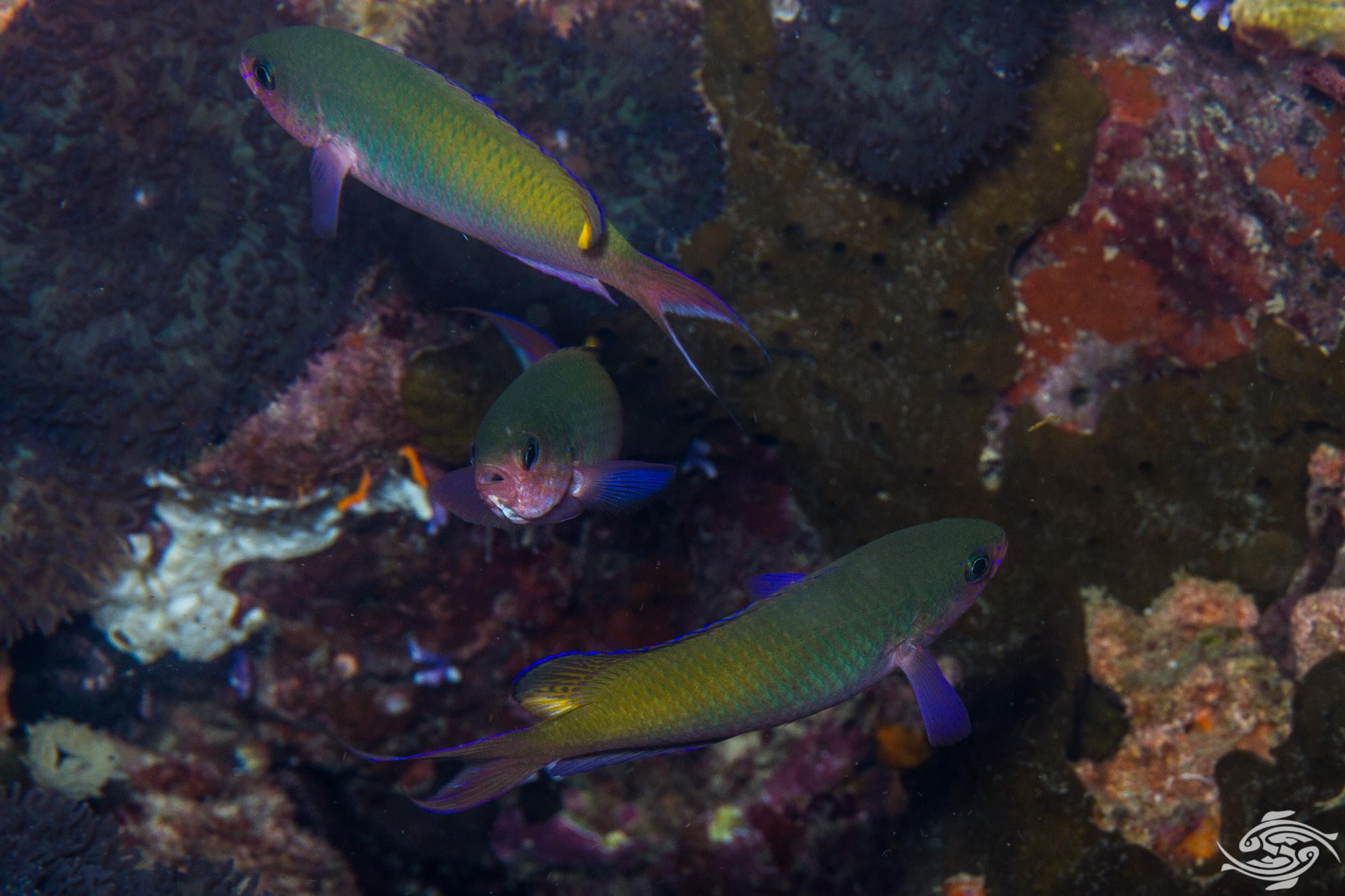 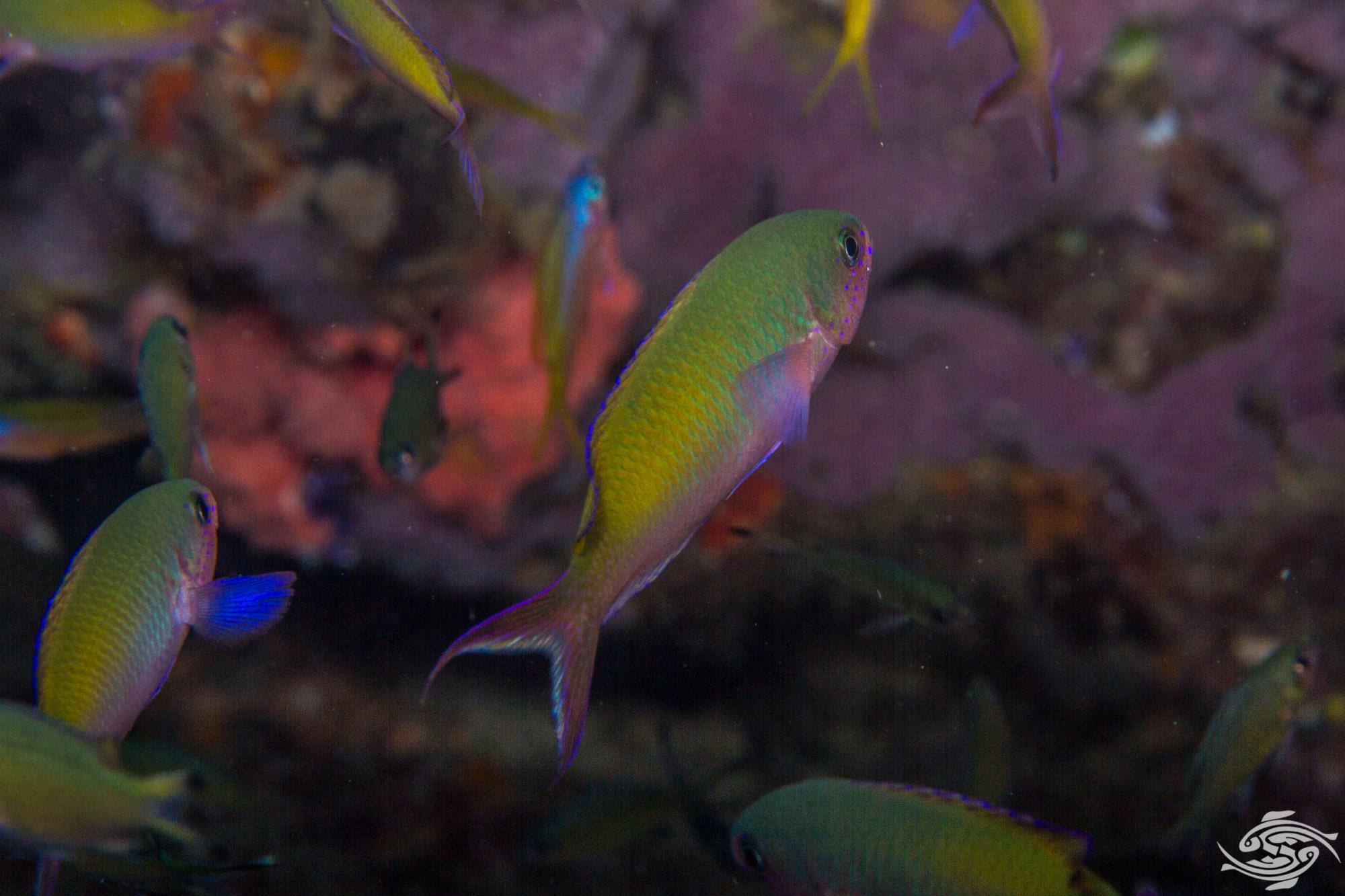 Little if any research has been done on their mating habits, but they probably follow the normal Damselfish behavior. Pairing before mating is usual and after the male cleans a patch for the eggs and mating takes place. The eggs are demersal and adhere to the substrate. The males guard and aerate the eggs until they hatch. 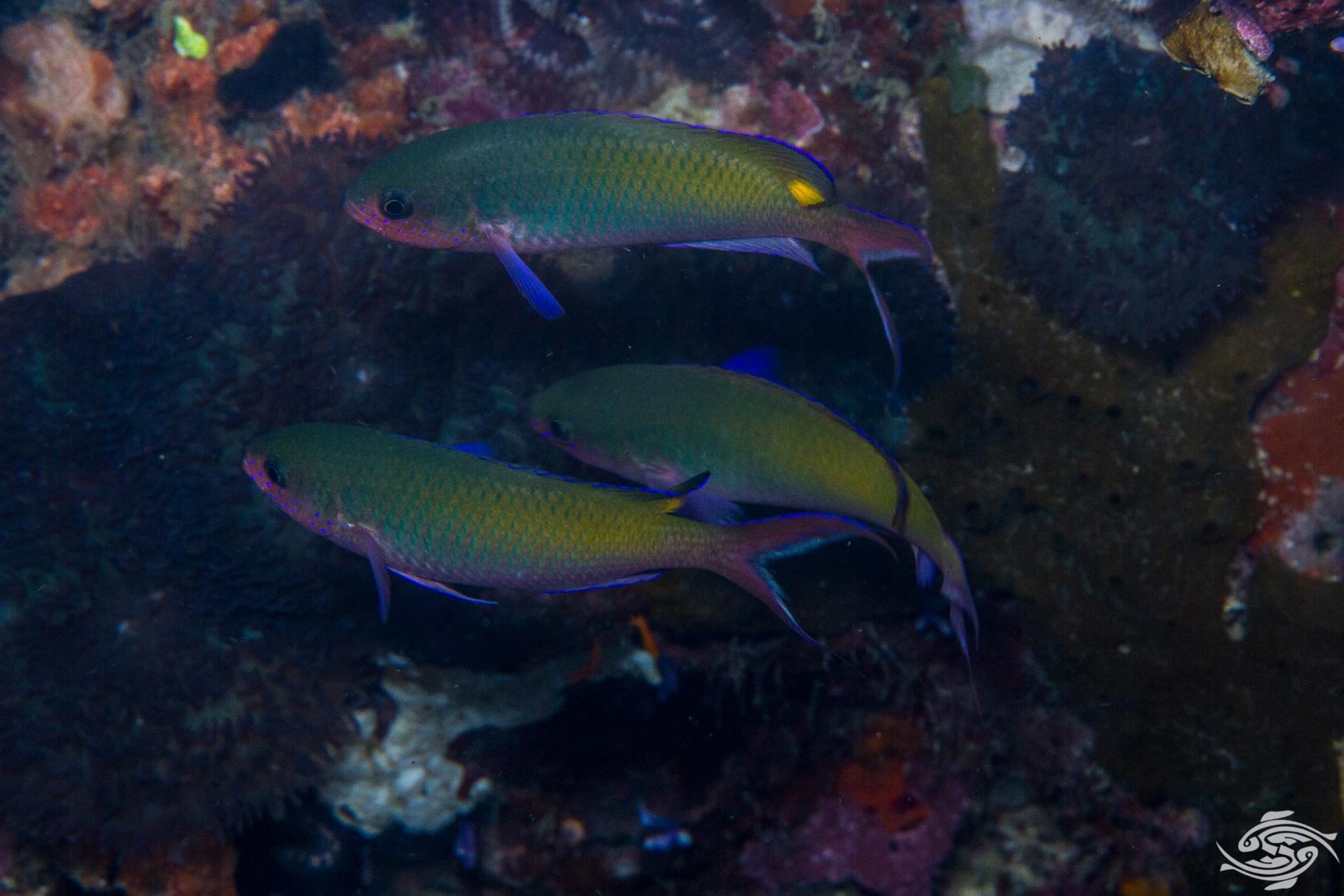 The Fusilier Damselfish is not a commonly kept aquarium fish despite their attractive looks. Being plankton feeders they would probably switch across to prepared foods quite easily. The danger of course with damselfish is that they are often highly territorial. Little seems known of their behaviour in aquariums but some aquarists report success in keeping them. 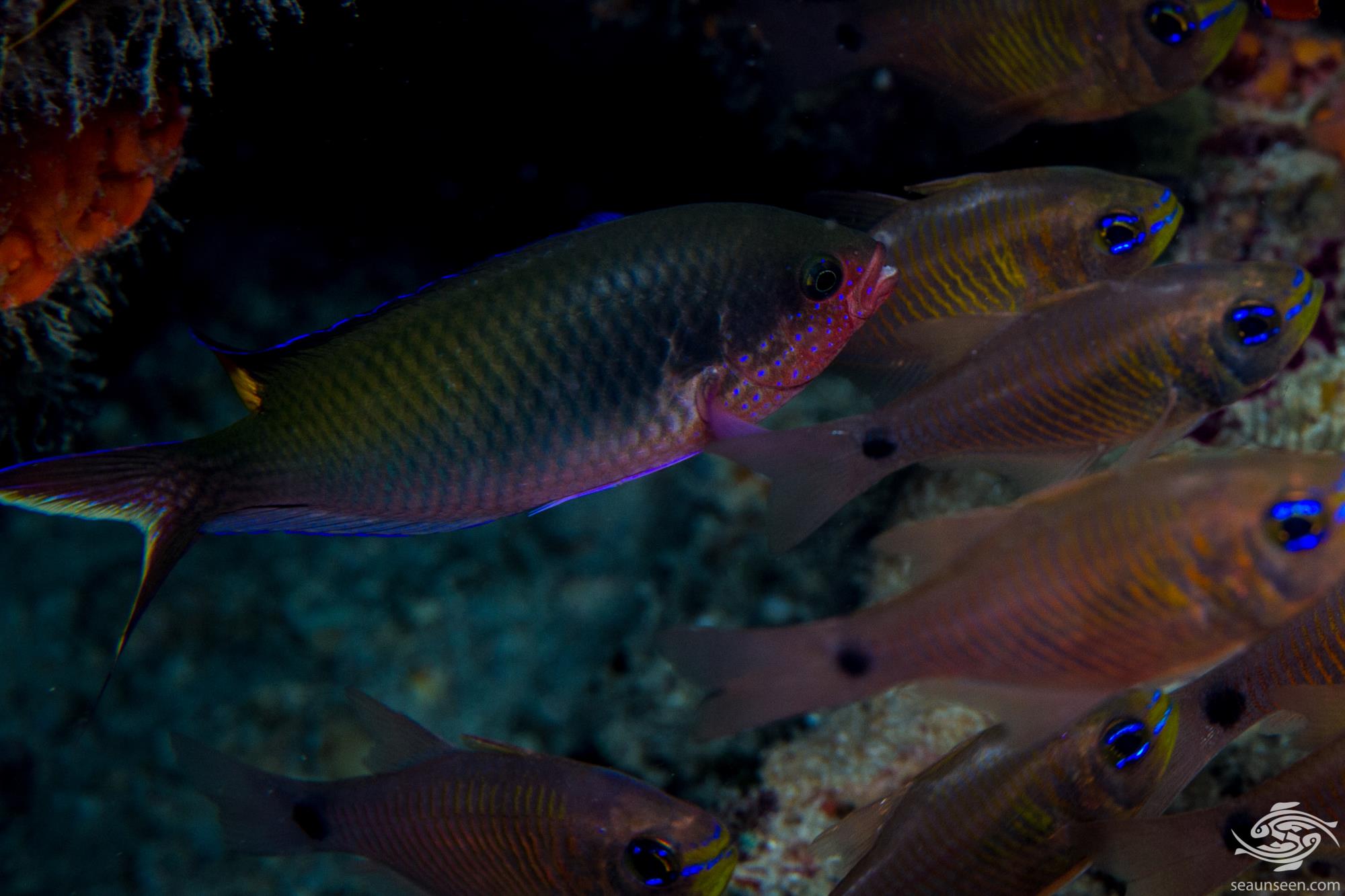