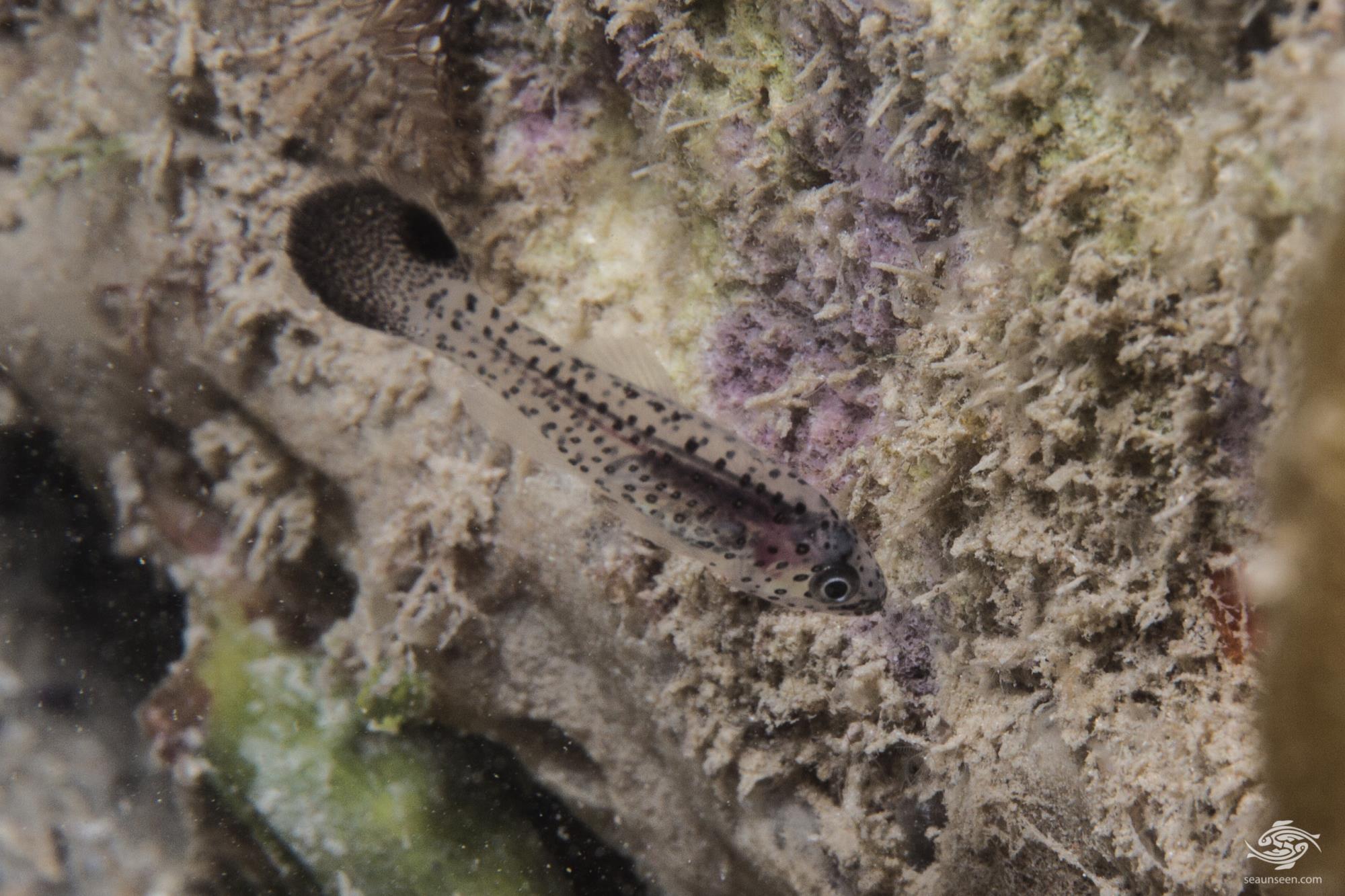 The Gelatinous cardinalfish (Pseudamia gelatinosa) is rare in Tanzanian waters and is remarkably cryptic, hiding at the first sign of light. In several years of diving we have seen very few specimens and have managed to photograph very few of them. Possibly their transparent nature makes it very difficult for a camera to focus on them. They were first described by Smith in 1955 with the holotype being found on Aldabra Island.

The body shape is similar to other Gelatinou Cardinalfish but slightly more proportionally thinner and elongated, with the characteristic two dorsal fins. The body is transparent with small black or dark brown dots on it. The adults seem to have a dot in the caudal area whereas the juveniles do not seem to have this dot. The dots are more concentrated in the caudal area and the caudal fin is thickly edged in black and is proportionally lightly larger and more rounded than most other cardinal fish. They grow up to 11 cm in length but around 7 cm seems more common. 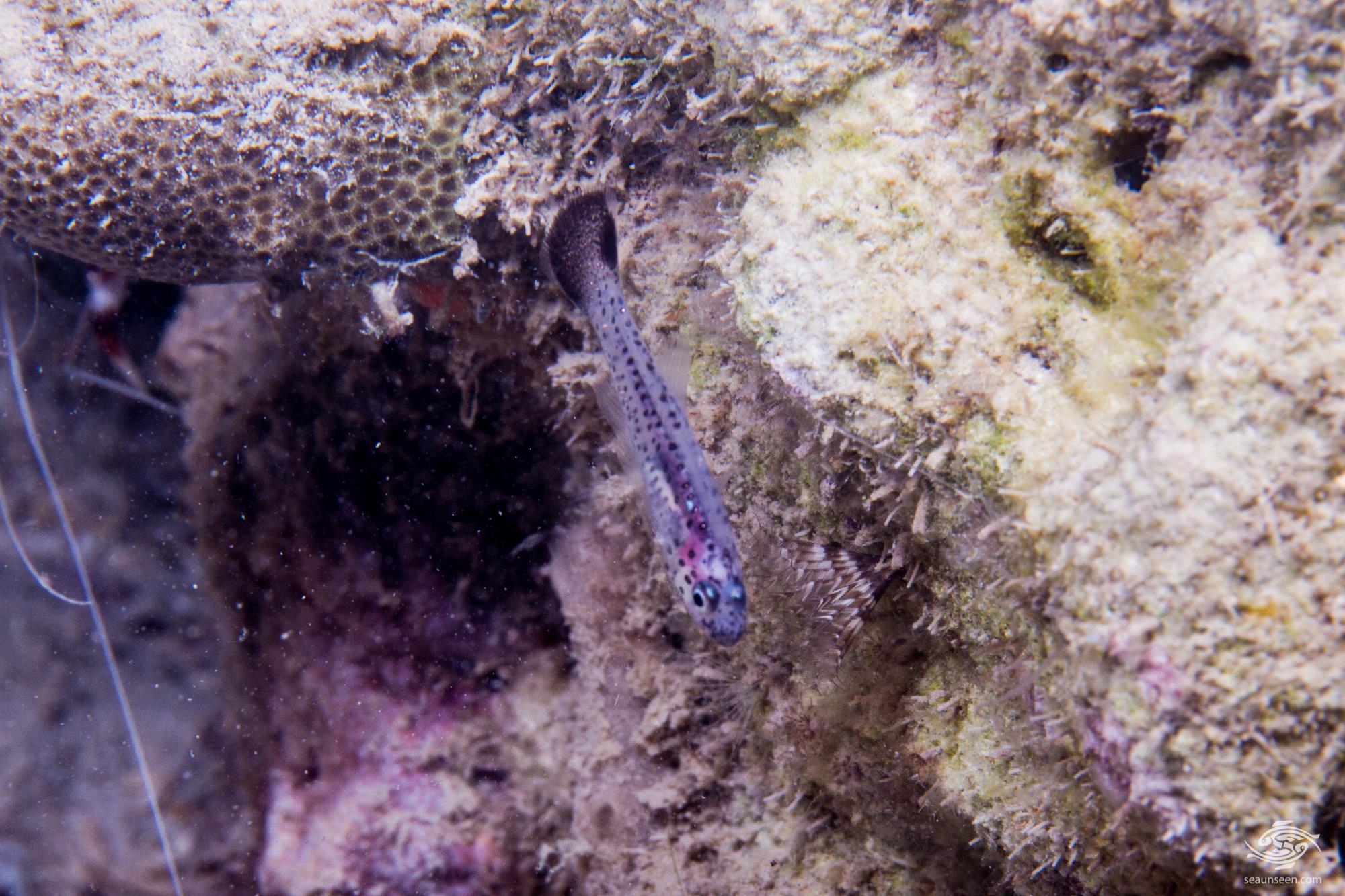 BARRED GELATINOUS CARDINALFISH IN THE WILD

As with most cardinalfish, the Gelatinous cardinalfish are nocturnal feeders and during the day hide in crevices or deep caves. We have only seen them on shallow offshore reefs at 10 to 12 meters and in the shallows from 1.5 meters down to 4 meters. They are very reclusive and as soon as light is put on them they go into hiding. On one occasion we have seen the adults feeding mid water during a safety stop at night. Pictured below. 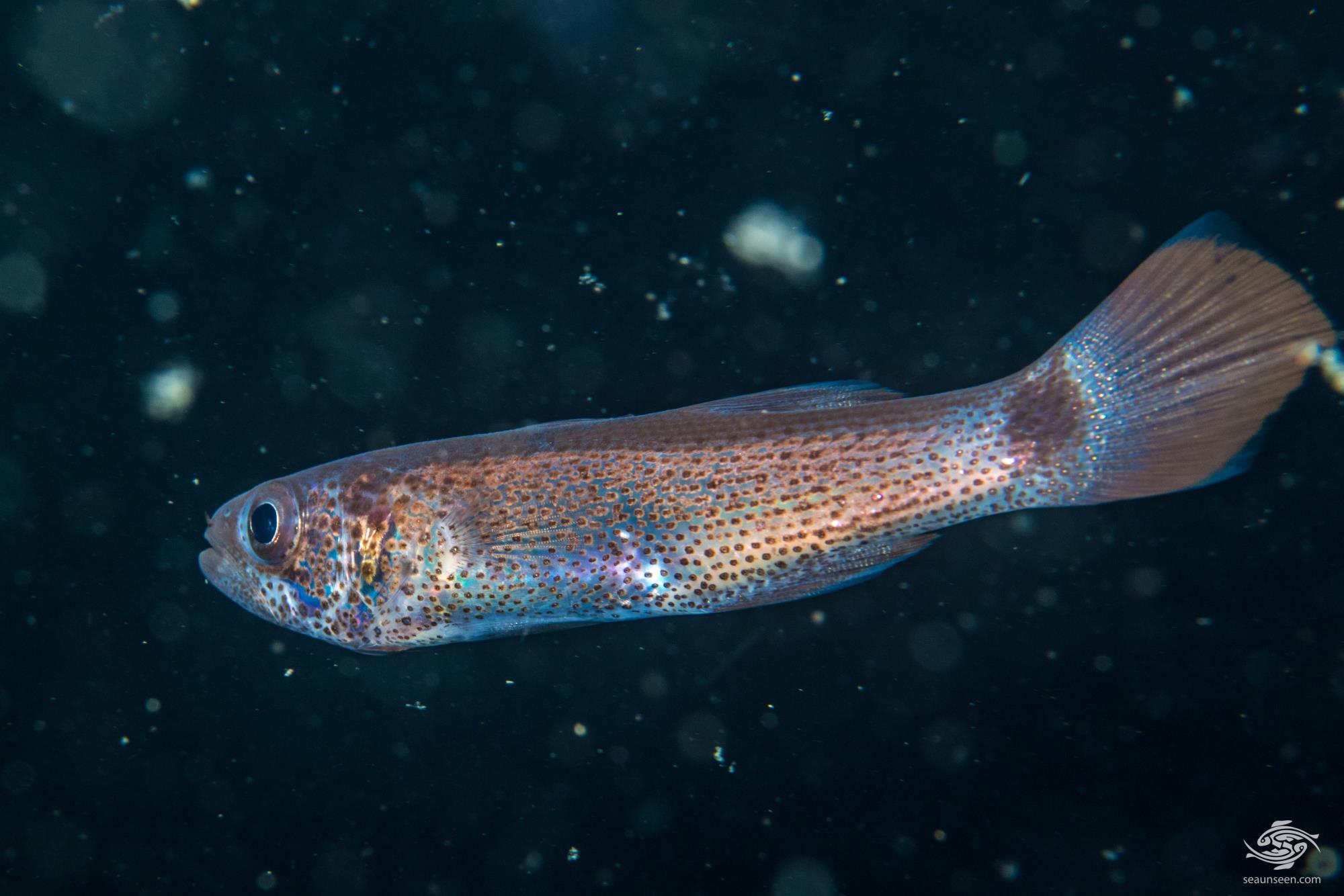 The Gelatinous cardinalfish is found across the Indian ocean from East Africa including the Red sea and across to Hawaii up to Southern Japan and down to Australia. 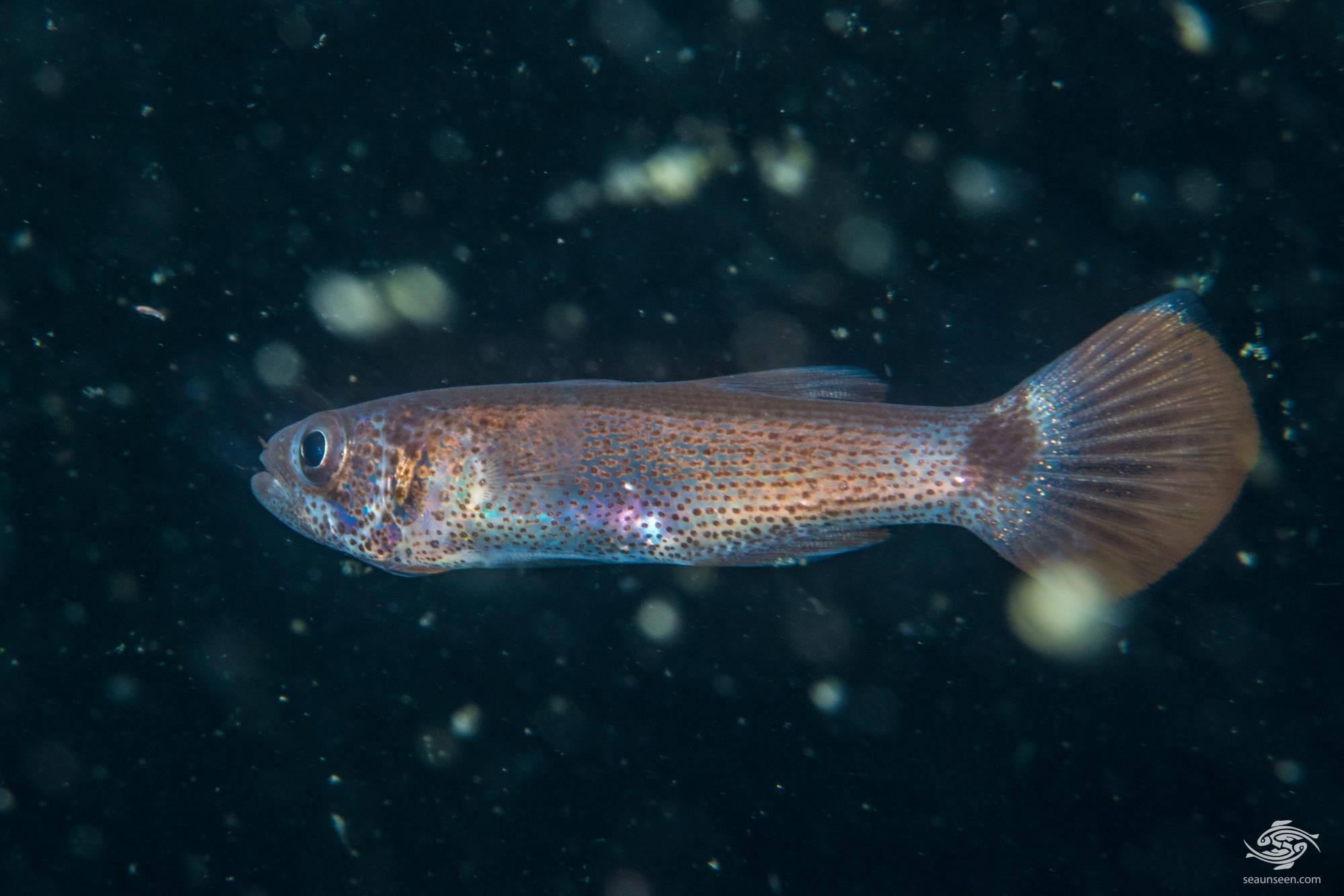 With all Gelatinous Cardinalfish, during breeding pairs are formed and after performing a mating dance, the eggs are laid by the female and fertilized by the male. The male then collects the fertilized eggs and carries the eggs in his mouth until they hatch.

During this time the male cannot feed. Towards the end of the incubation period the males become quite skinny making the protruding mouth more noticeable. This can result in cannibalism with the male eating some of the eggs.

Gelatinous cardinalfish are probably not commonly kept in aquariums being one of the lesser known rare species and also possibly predatory on smaller fishes. Some cardinalfish have been bred in captivity by breeders such as Orafarm where they are occasionally available.