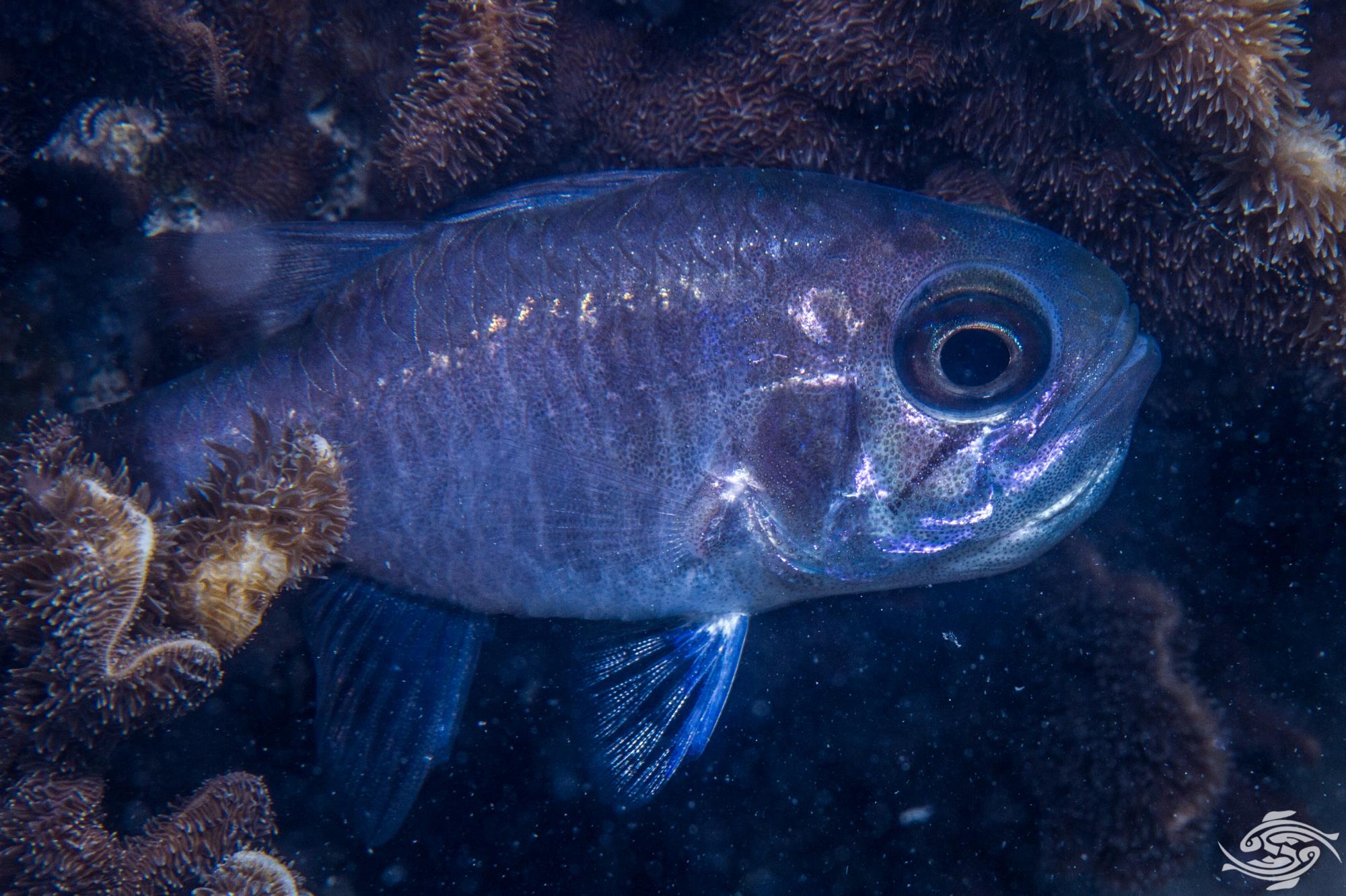 The Ghost Cardinalfish Nectamia fusca has not been previously documented in Tanzania or African waters. They are one of the few species of saltwater fish that are mouth brooders. Several specimens were found while diving off the Dar es Salaam Yacht Club on a night dive in shallow waters. They can be easily confused with the Samoan Cardinalfish, but there are subtle differences that are easy to pick out in images. 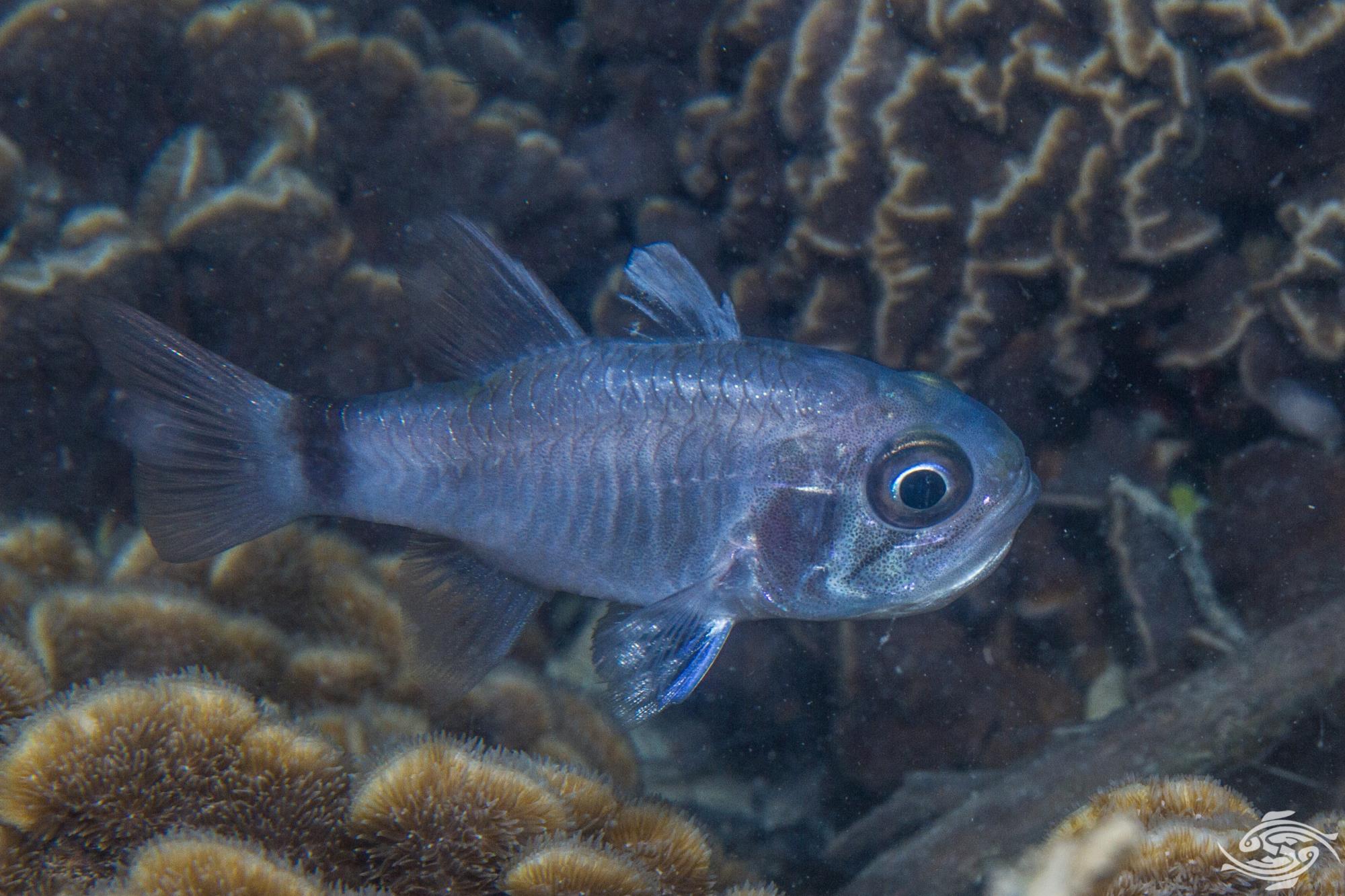 The Ghost Cardinalfish has proportionally large eyes and have two dorsal fins. The dorsal and caudal fins are translucent. The body is a silver colour and there is a light black bar in the caudal area which is sometimes displayed. Underneath the eye there is a thin black line extending backwards. At night they appear semi translucent. 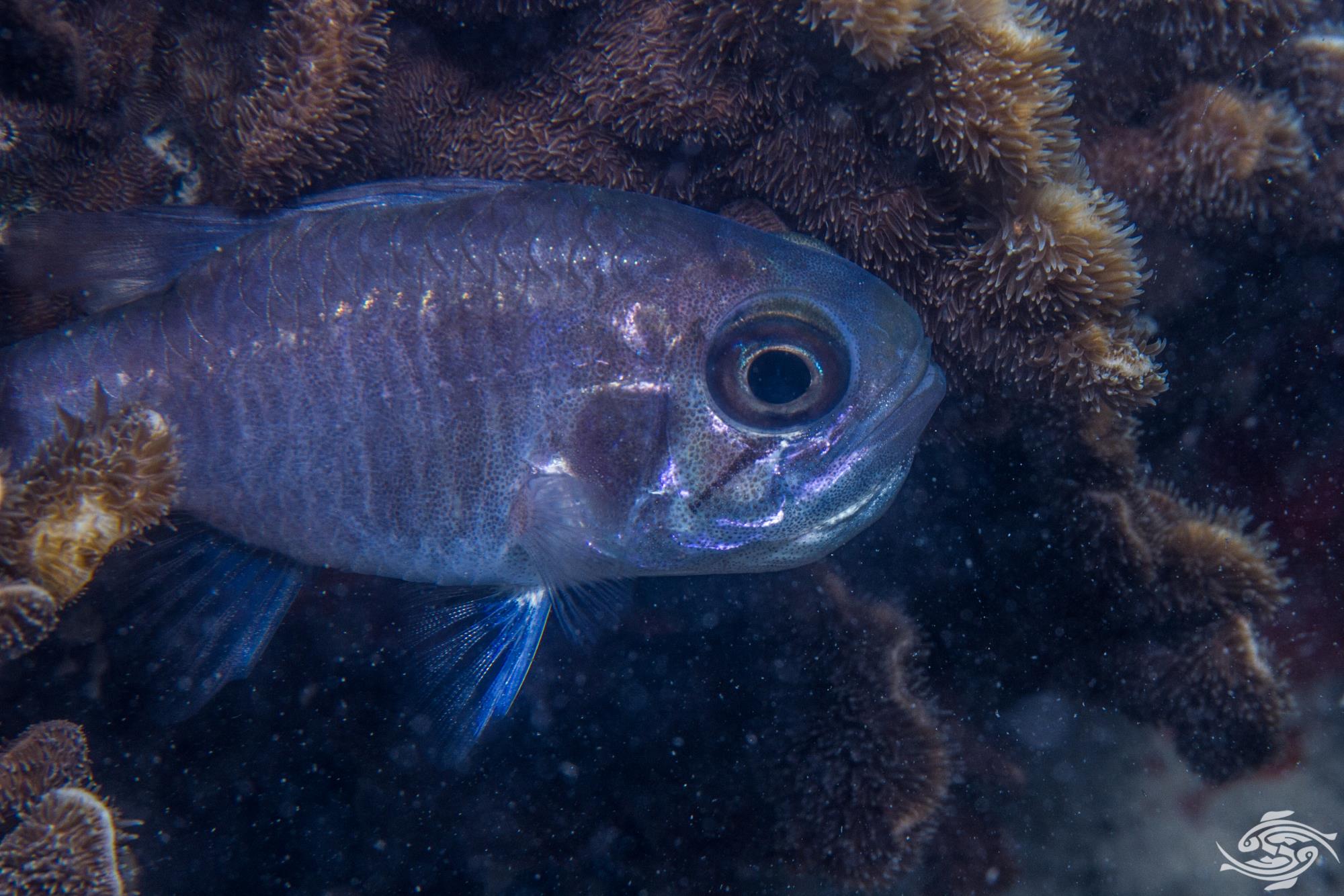 We have only seen this species in the shallows above 3 meters. They are nocturnal feeders and have been photographed on a night dives in the shallows in Msasani bay in Dar es Salaam, Tanzania. They were seen on a mixed coral/rubble area adjacent to sea grass beds. The are usually seen singularly and are quite cryptic and hug the bottom. 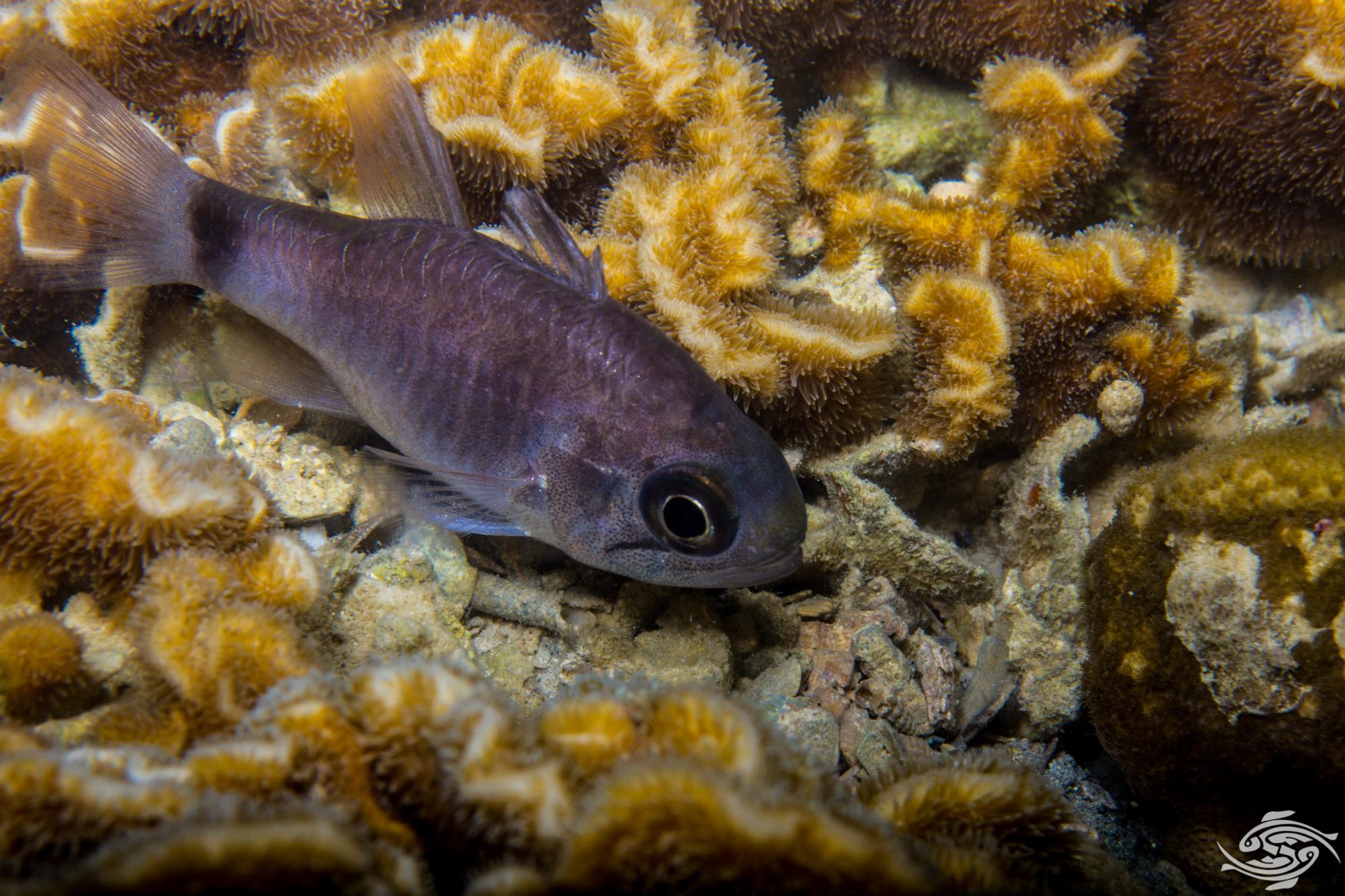 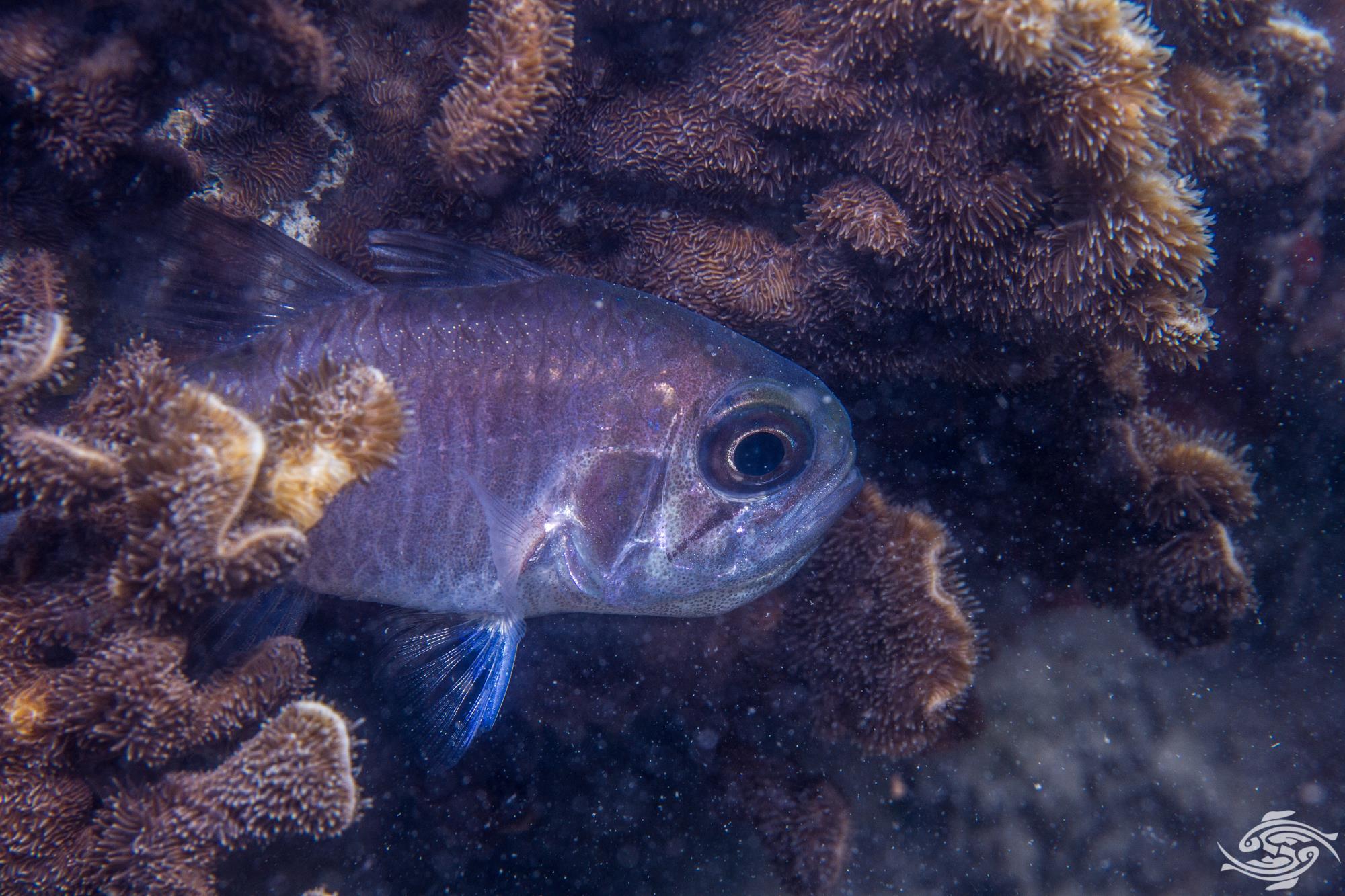 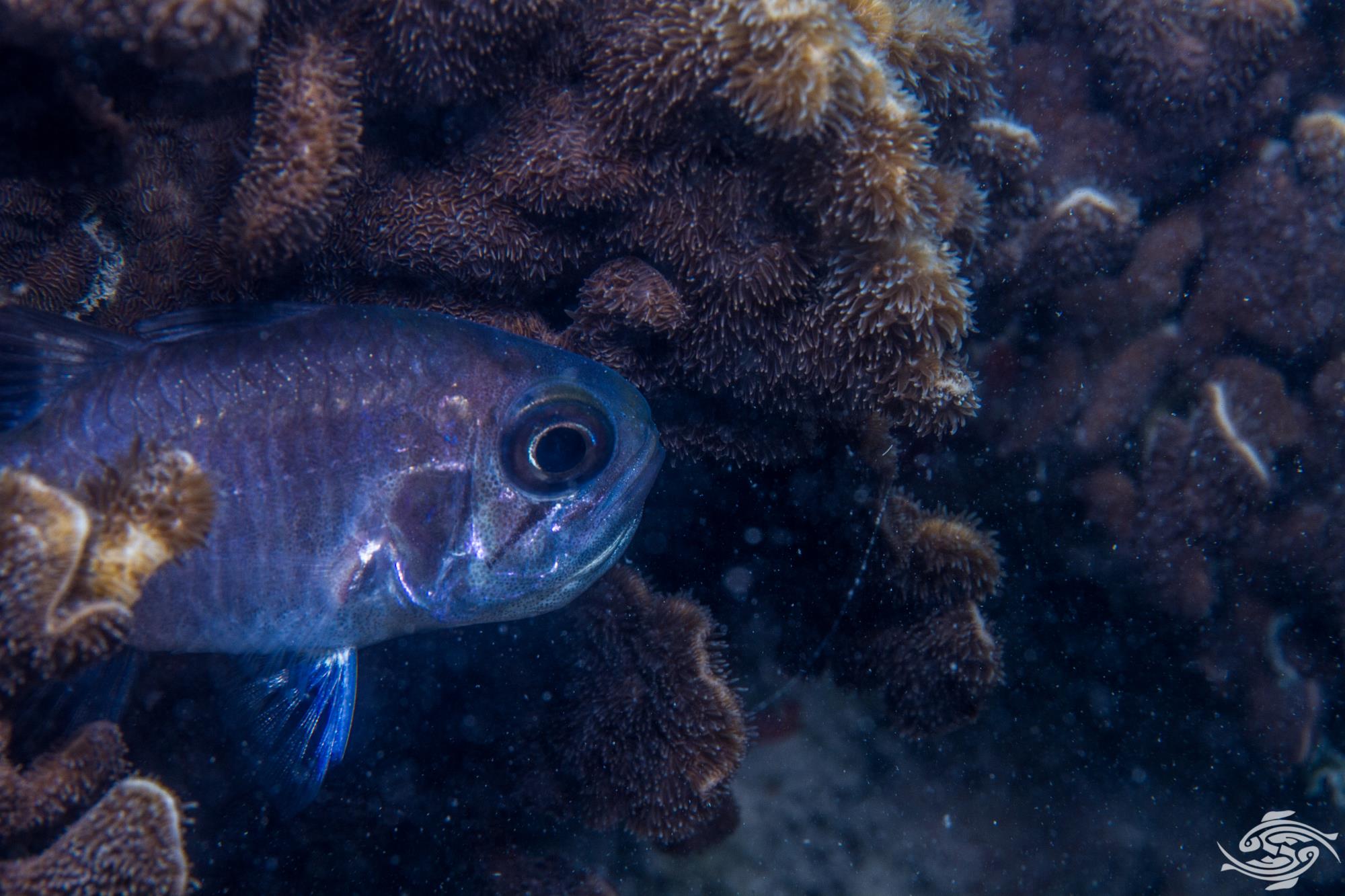 During breeding pairs are formed and after performing a mating dance, the eggs are laid by the female and fertilized by the male. The male then collects the fertilized eggs and carries the eggs in his mouth until they hatch. During this time the male cannot feed. Towards the end of the incubation period the males become quite skinny making the protruding mouth more noticeable. This can result in cannibalism with the male eating some of the eggs. The images in this post appear to be a male with eggs in his mouth. 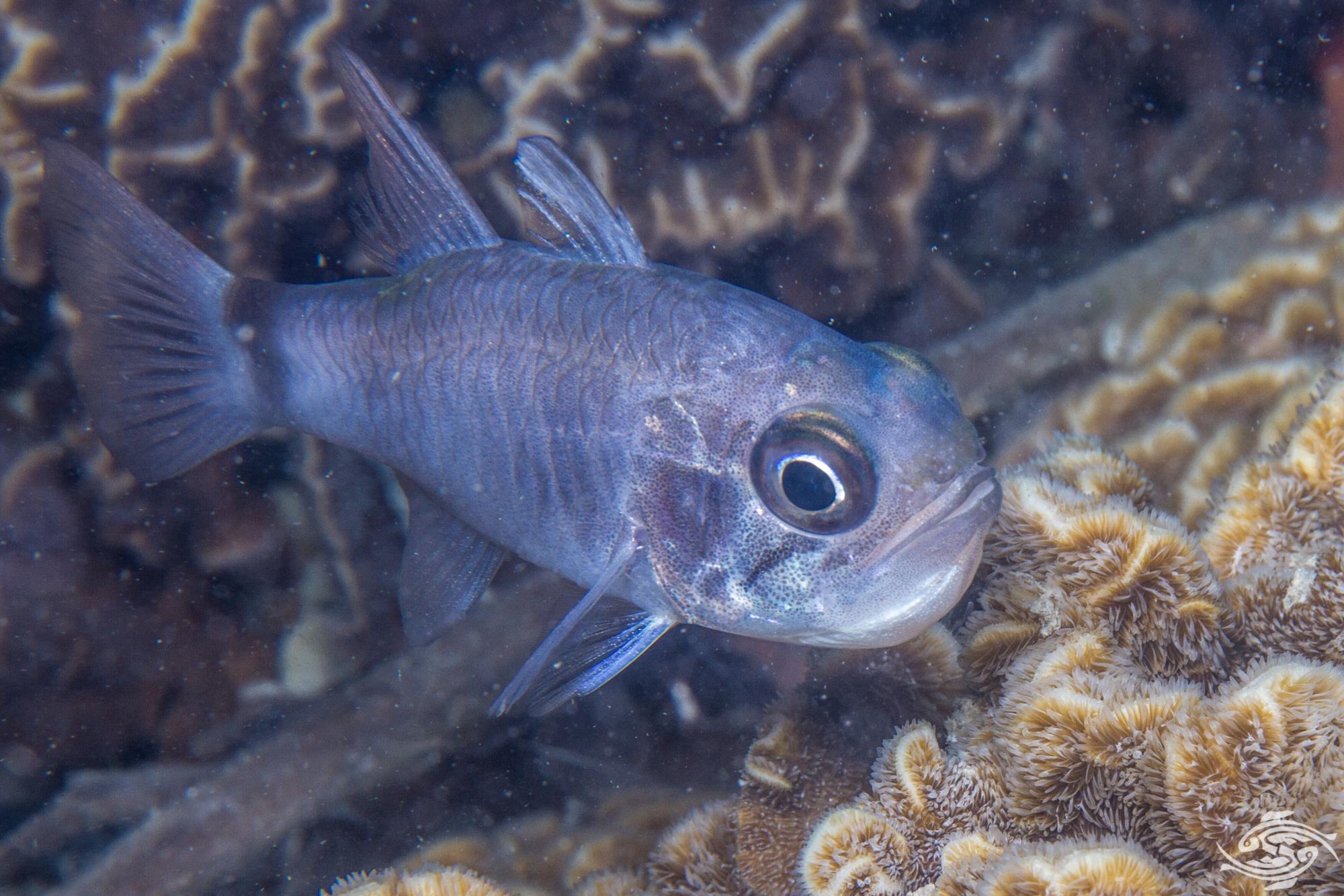 Ghost Cardinalfish are probably not commonly kept in aquariums. Some cardinalfish have been bred in captivity by breeders such as Orafarm where they are occasionally available. 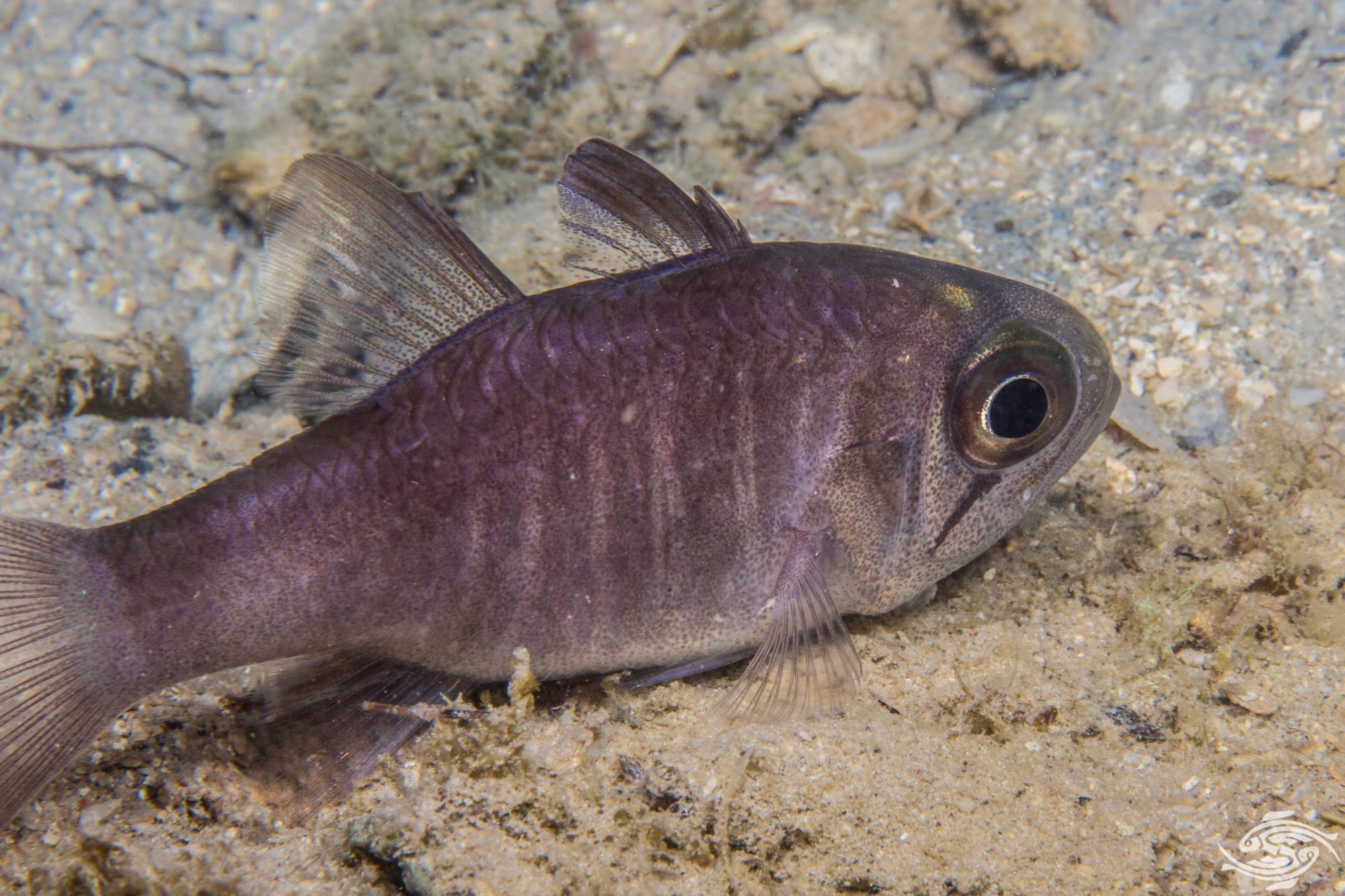 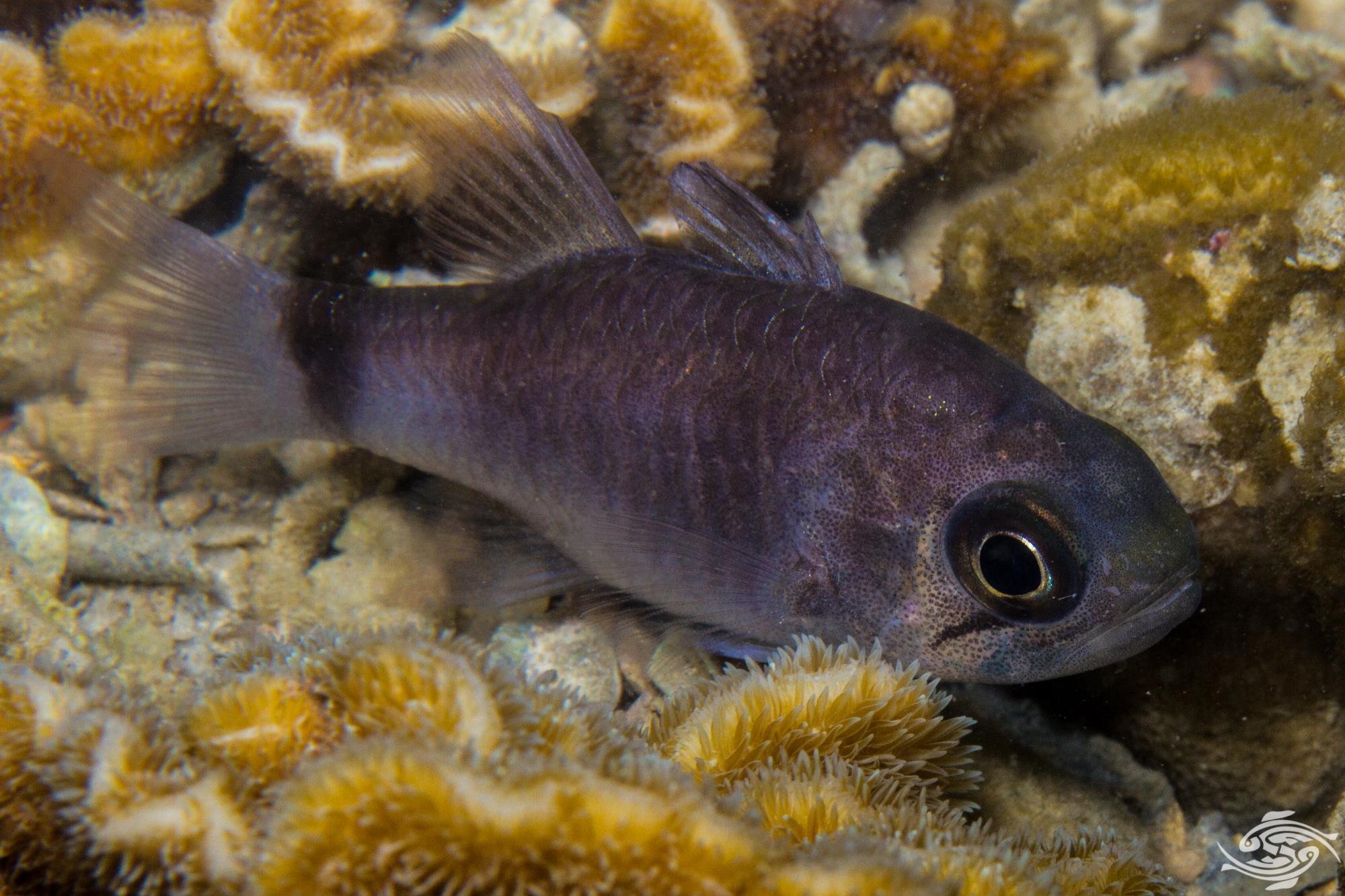