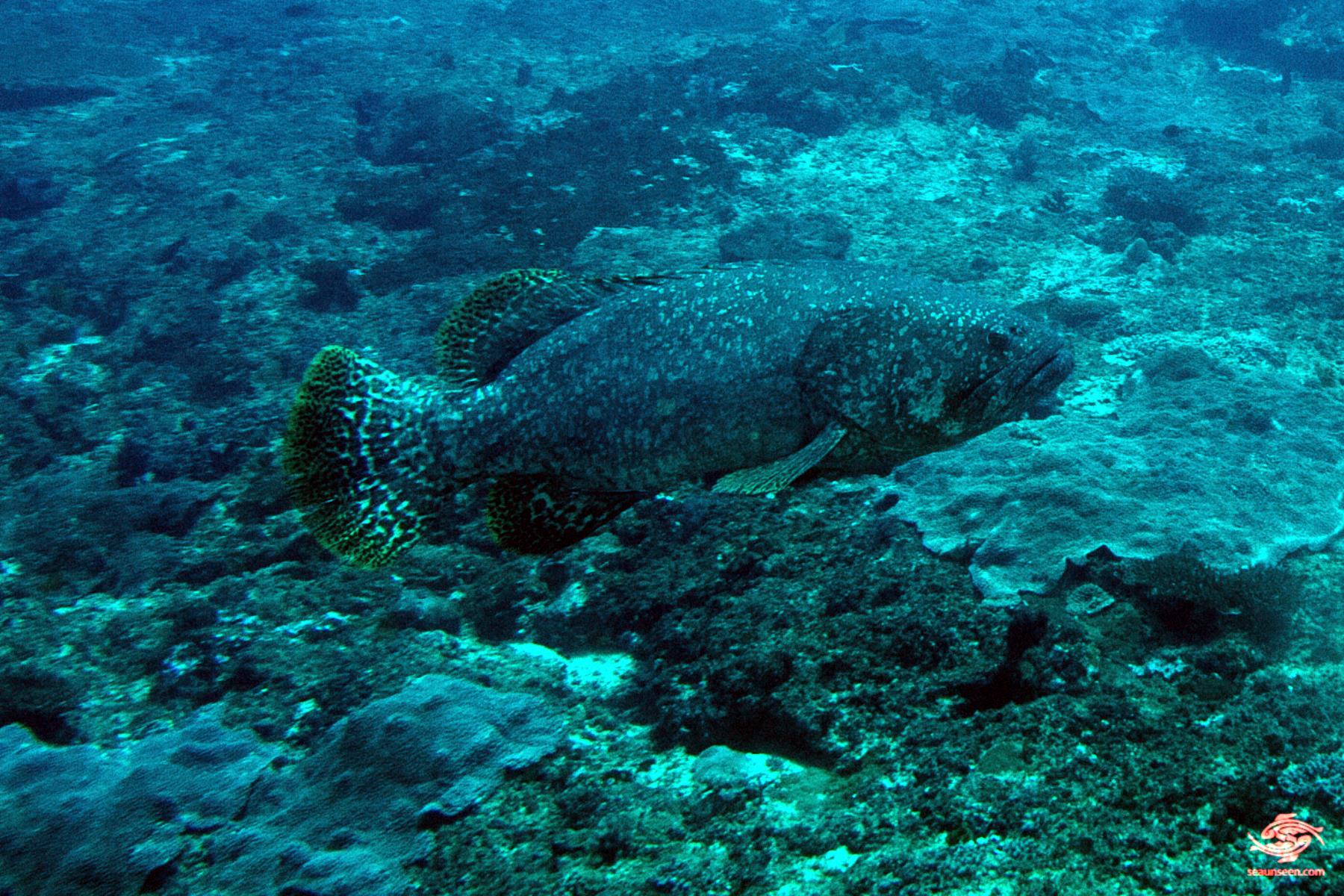 The Giant Groupers Epinephelus lanceolatus also known as the Goliath Grouper, Brindlebass, Brown spotted cod and Queensland Grouper is a member of the Epinephelus genus. They are the largest fish in the genus, growing up to 3.6 meters and weighing up to 400 kilograms. There are unconfirmed reports of much larger ones close to 600 kilograms and up to 4.2 meters in length.  They are the largest bony fishes on coral reefs and are among the largest bony fishes in existence today. 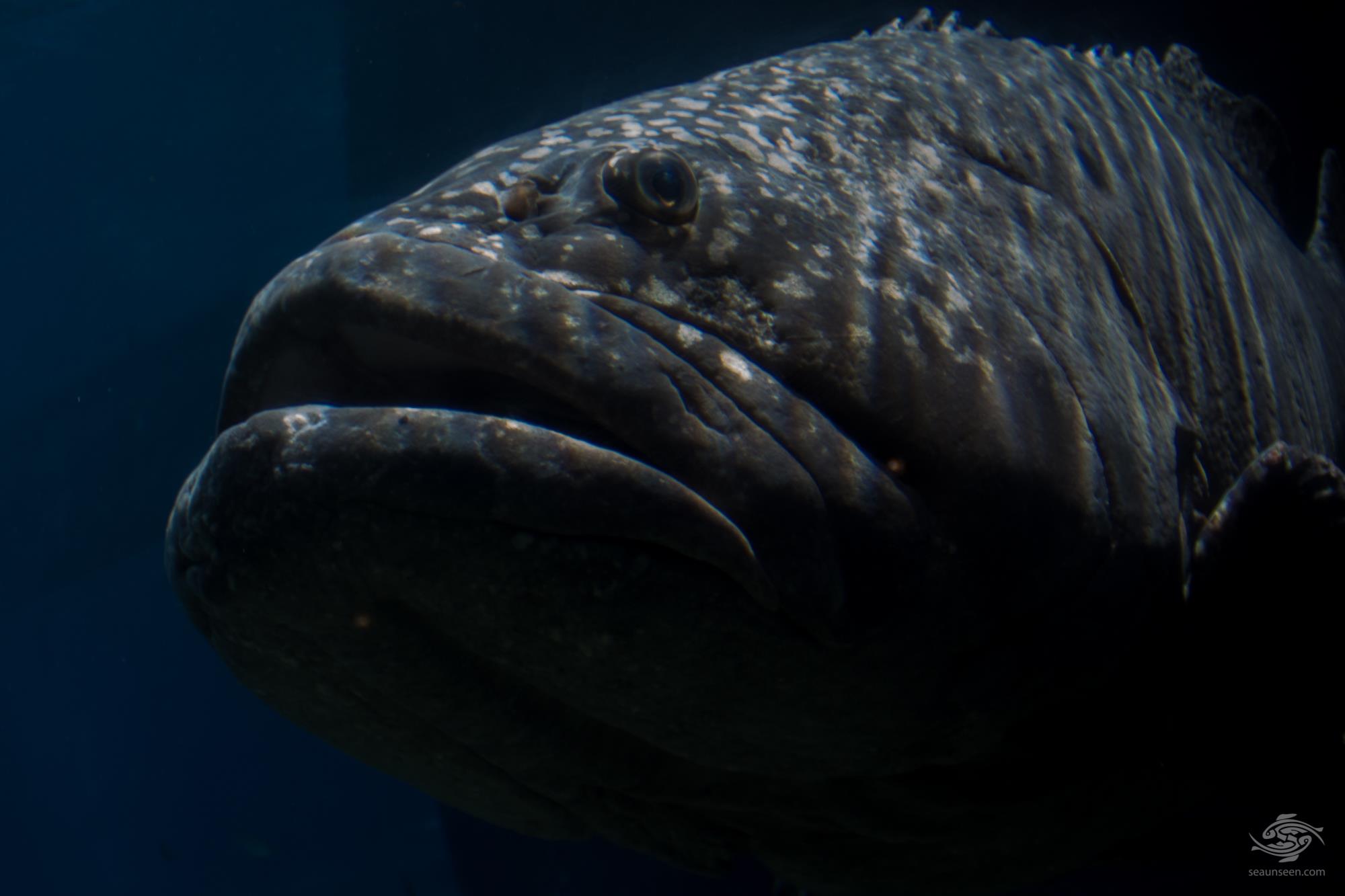 The juvenile Giant Groupers are black with yellow blotches  that change into grey to brown mottling as they age and mature at around 105-110cm in length. The adults are a darker mottled color with tinges of yellow on the fins. 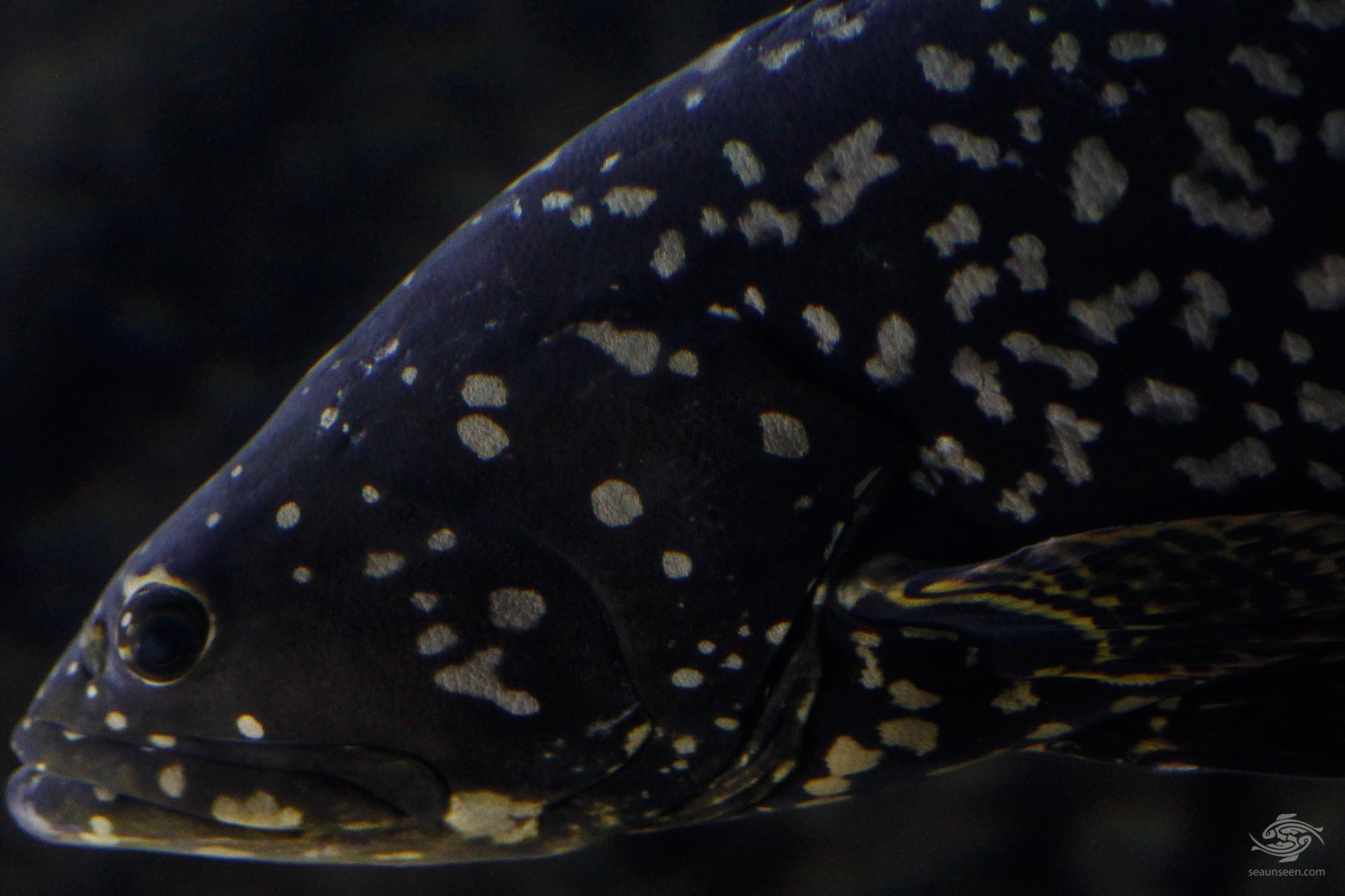 GIANT GROUPERS IN THE WILD

As the largest permanent bony fish residents on a reef, the giant groupers dominates the area they live in. They usually have a large hole to move into in which they can often be found.Research conducted in the Chesterfield Islands in the coral sea using tracking beacons indicates that they move around a set home range, probably foraging and then disappear for a month or two for spawning aggregations. 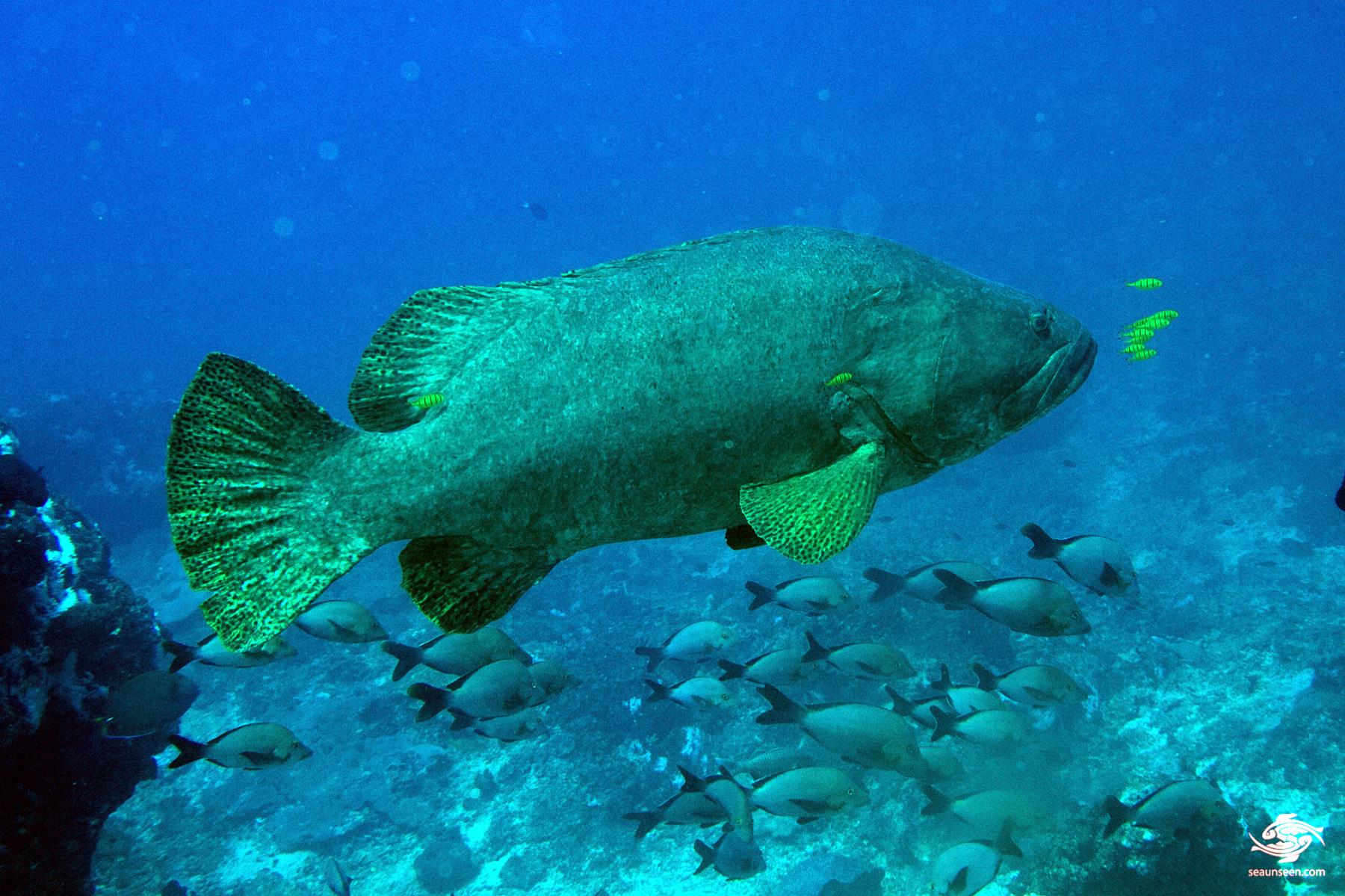 Giant groupers are found from near the surface to depths of 100 m on reefs throughout the tropical and sub tropical Indo-Pacific region, with the exception of the Persian Gulf. They also enter large estuaries and often inhabit shipwrecks. 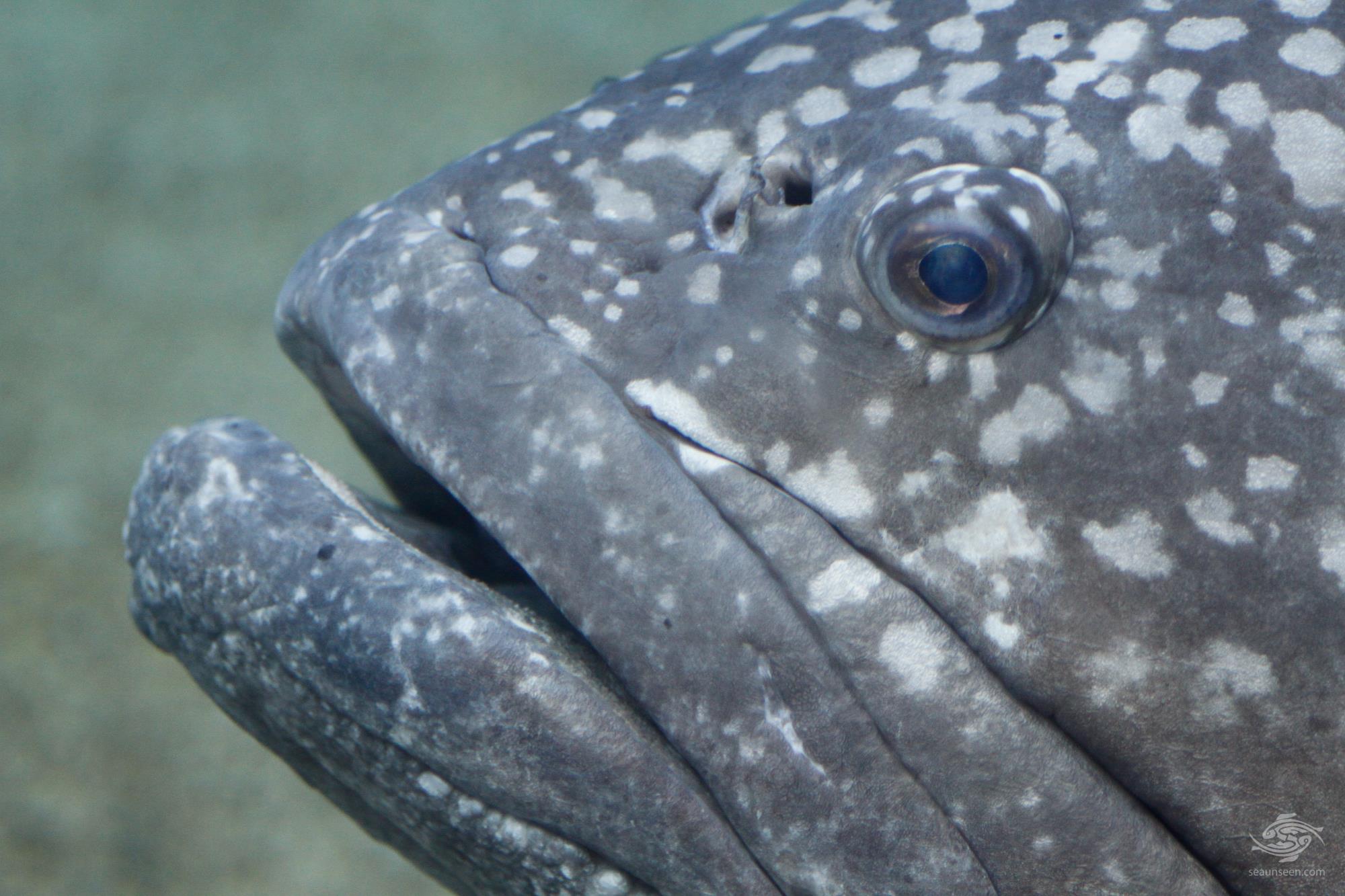 Giant groupers are ambush predators who swallow their prey whole and will literally eat anything that fits into their mouths, which when they are full grown are quite large. Small sharks and even small turtles are fair game for them as well as lobsters and crabs. They have a plate with rows of canine teeth on them on the front of both jaws, which they use to hold onto their prey. Many spear fishermen have lost their catch to brindle bass and sometimes the spear as well, as you can witness in the following video:

There are credible stories of giant groupers attacking divers and of fatalities but it is extremely rare. Still they are large and deserve respect and should not be approached too closely. We have heard first hand, a story of a large specimen biting onto a spear fisherman’s fin while he was attempting to surface for air. The Giant Grouper in the images are resident in the Mafia Island Marine Park and are often found along Kinasi pass and Kinasi Wall. The larger of the two is named Jesus and the slightly smaller one is called Mohammed. 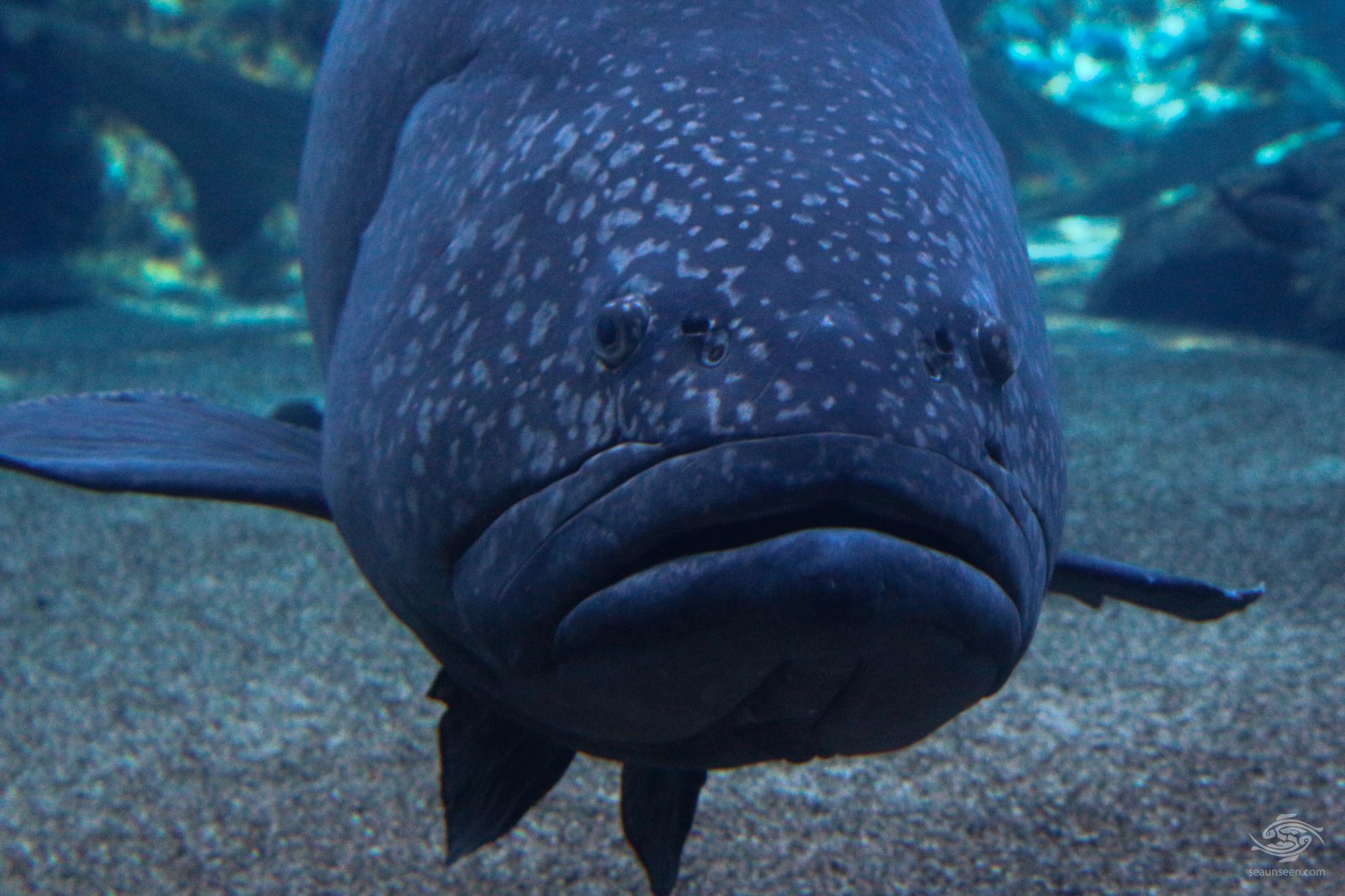 They are protogynous hermaphrodites and start life as females and later change to males as they age. They aggregate for breeding purposes and will leave their home range usually on a yearly basis for breeding. These aggregations often have several hundred fish and are targeted by fishermen making the species extremely vulnerable.

They have been captive bred in Australia and the Australian Government have managed to breed a hybrid species which is being used in commercial farming projects in Vietnam and the Philippines.

Because of their appetite brindle bass are easy fish to catch causing them to be highly over-fished on most of the East African coast. They are currently listed as vulnerable to extinction on the IUCN red list and are protected in South Africa and Australia.