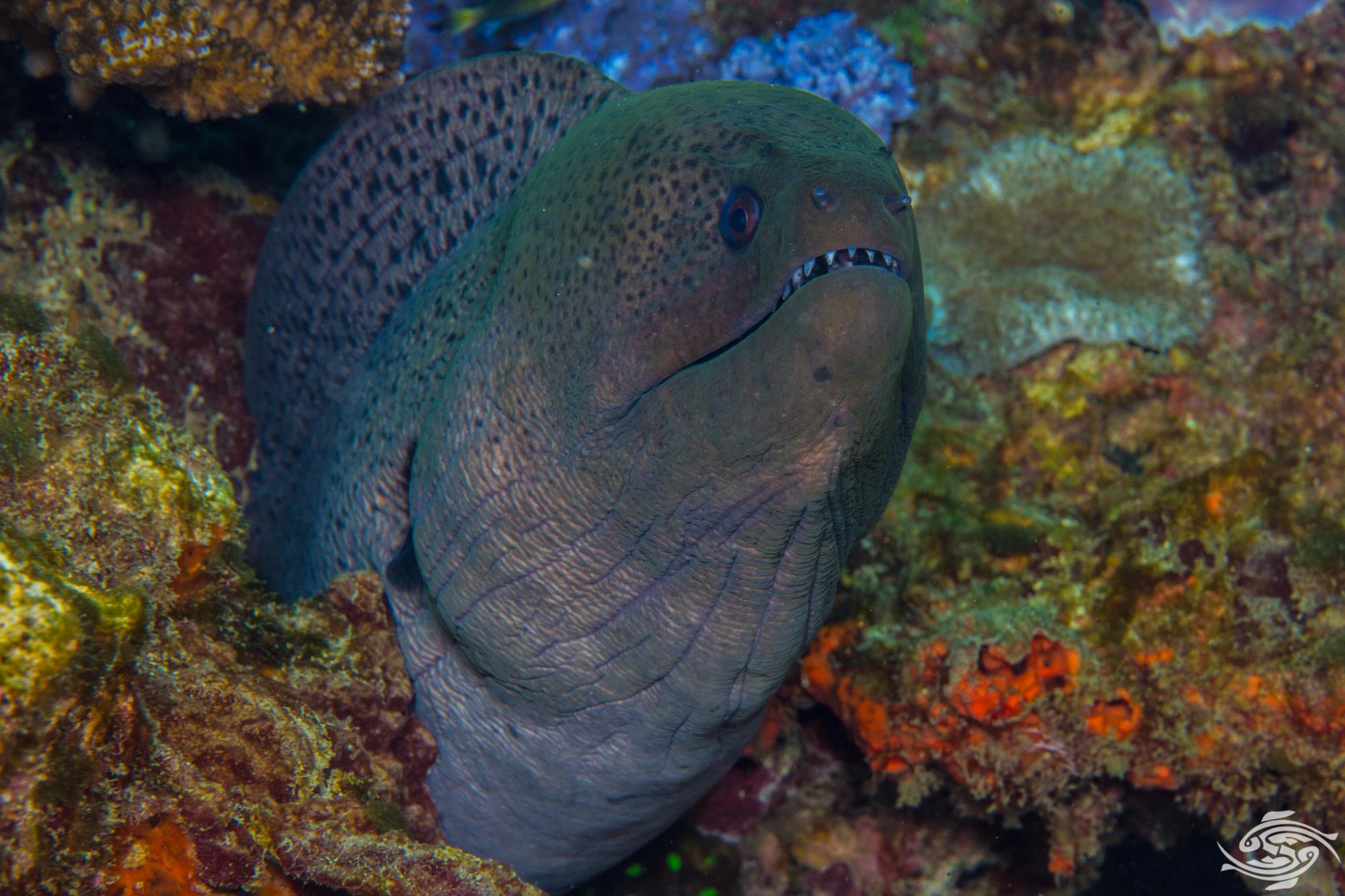 The Giant moray (Gymnothorax javanicus) is the largest moray eel in terms of mass. An adult has a formidable set of rear facing teeth to go with its proportionally large mouth. As can be seen in the images, not only do they have teeth around the jaw, they have extra teeth on the roof of the mouth. These assist in grabbing prey and preventing it from escaping. 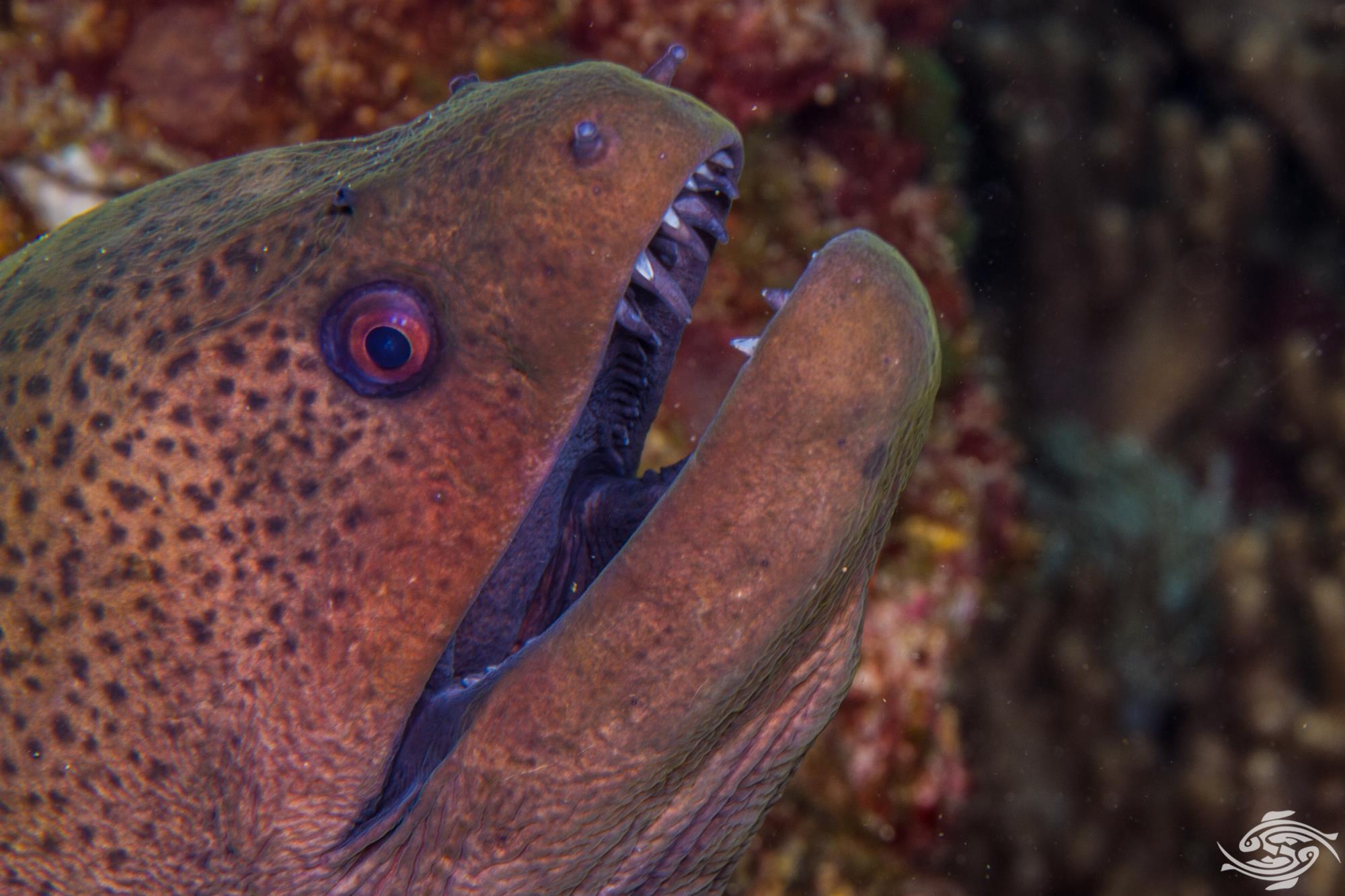 As the name suggests, it is a large eel, reaching up to 3 m in length and 30 kg in weight although there are reports of up to  36 kilograms. Its serpentine shape body has a brownish body color which can darken with age in some specimens. The neck behind the head is thickened and particularly with the giant moray, once it reaches its maximum length it tends to thicken more around the neck. The head of the moray eel is large with small eyes located forward. Giant moray eels have a second set of jaws known as pharyngeal jaws in their throat which may partially account for their thickened neck.

The mouth is wide with large teeth for tearing flesh rather than grinding or holding in place. There is an extra row of teeth which curve backwards running along the middle of the upper palate which can be seen in the image above. These assist in holding onto prey. They do not have pectoral or pelvic fins and the dorsal fin runs the length of the body. As can be seen in the images the adults have black and yellow spots behind the head. Juveniles are a lighter brown in color with more black spots. 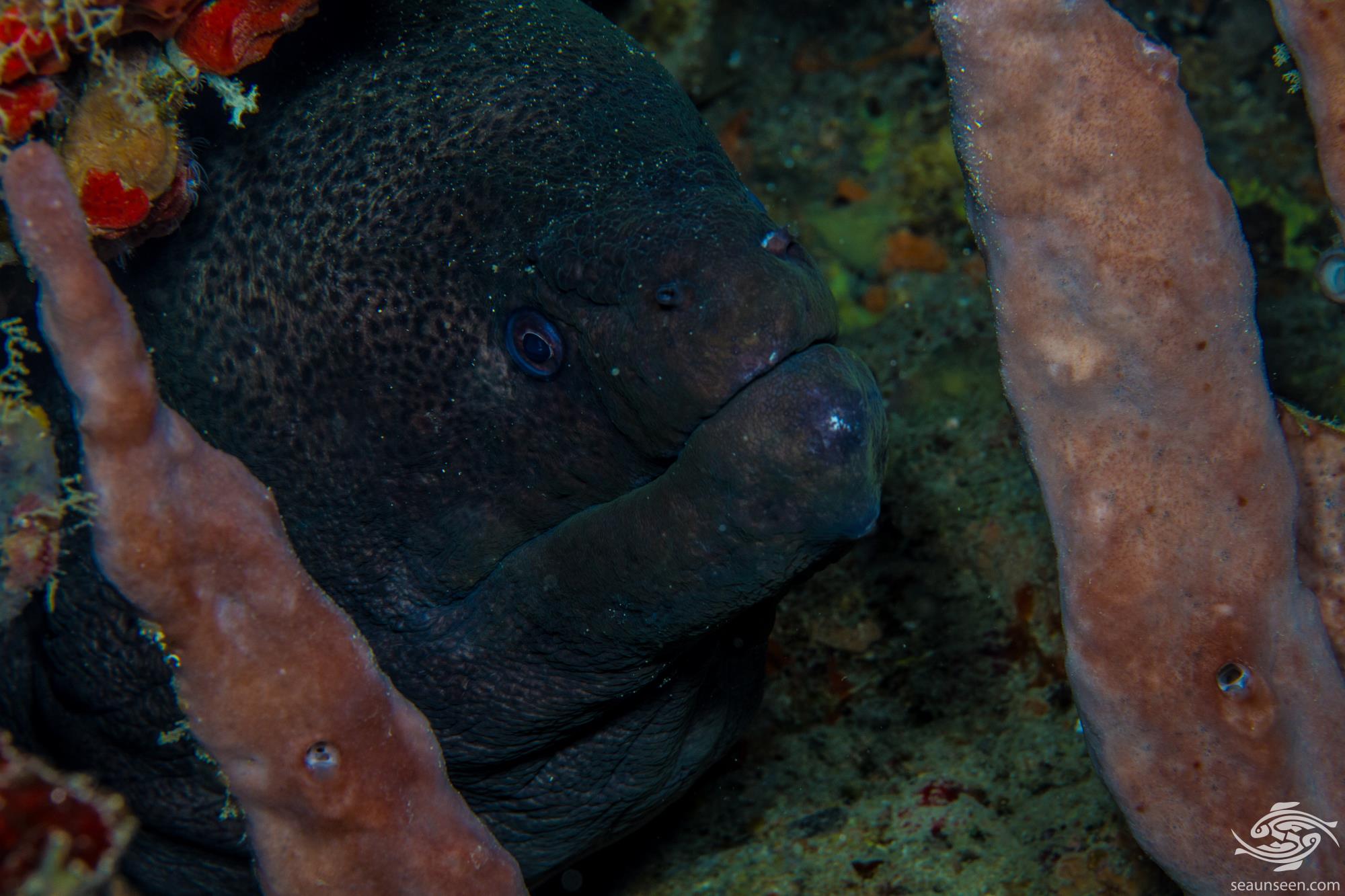 Giant moray eels are usually nocturnal feeders and spend the days in crevices in the rocks. If one is freediving on a reef, however you bump into them in the open fairly often during the day. Usually low on the bottom and moving in a snake like fashion between rocks rather than swimming. They will always take off in the opposite direction when they see you.

Having been bitten by a large specimen when crayfish diving in Kwazulu Natal , they have a fearsome bite. This only happens when you put your hand in a crevice to pull a crayfish out and they do not attack divers unless provoked. Never the less one tooth went right through my hand. 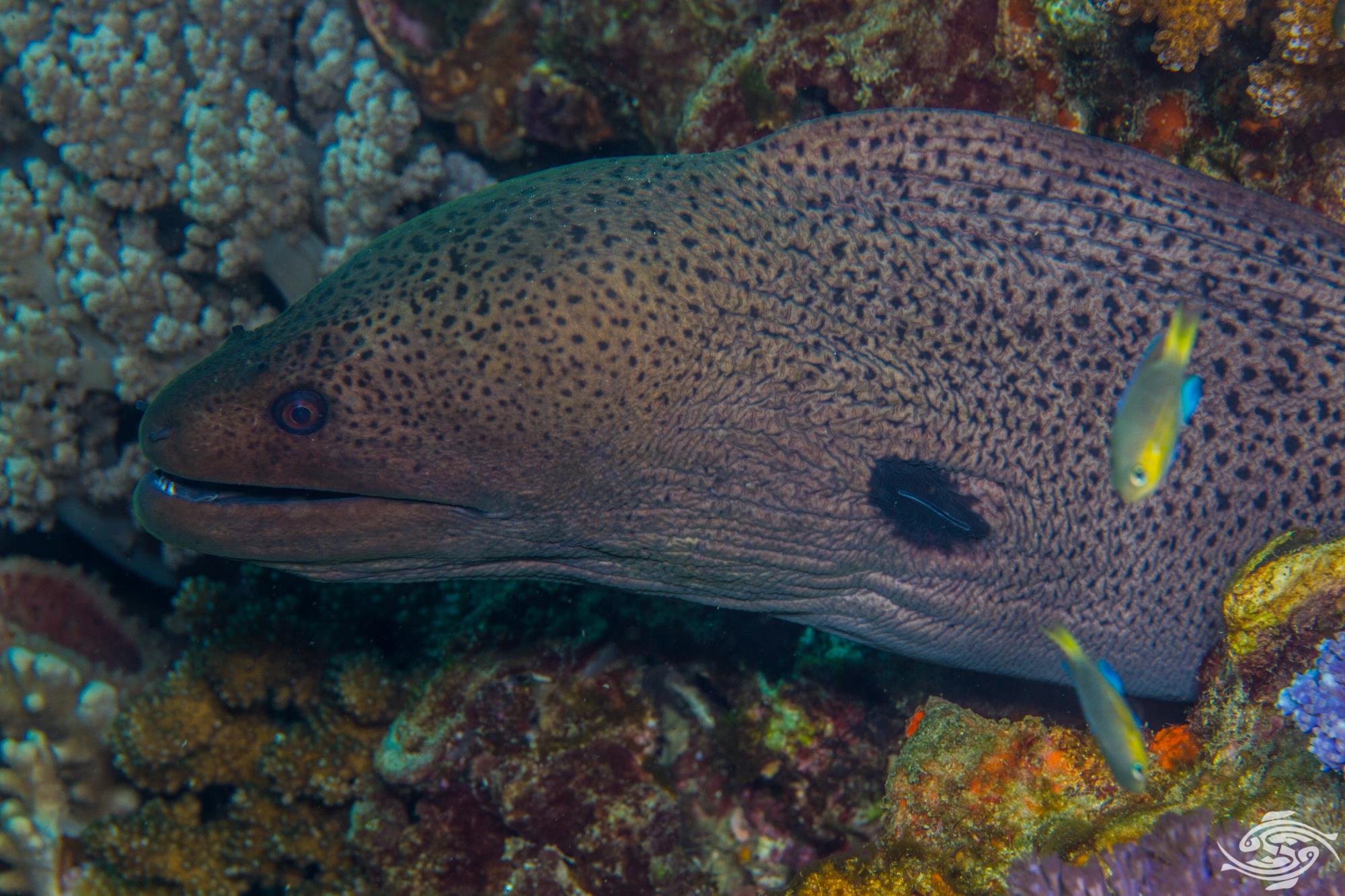 Some researchers speculate that moray eels contain toxins in their mouths and are poisonous.From many years of catching crayfish on the Kwa Zulu Natal coast I have never had a bite go sceptic. After every bite I have soaked the bite area in hot water as hot as I could take it. Much of the bite damage occurs when one pulls ones hand back after being bitten. Many experts state that one should not pull back, however they should go try it themselves. The bite is usually sudden and unexpected and it is natural to pull away from it.  I have personally seen one diver who lost the use of his thumb from a giant moray bite but that is unusual. 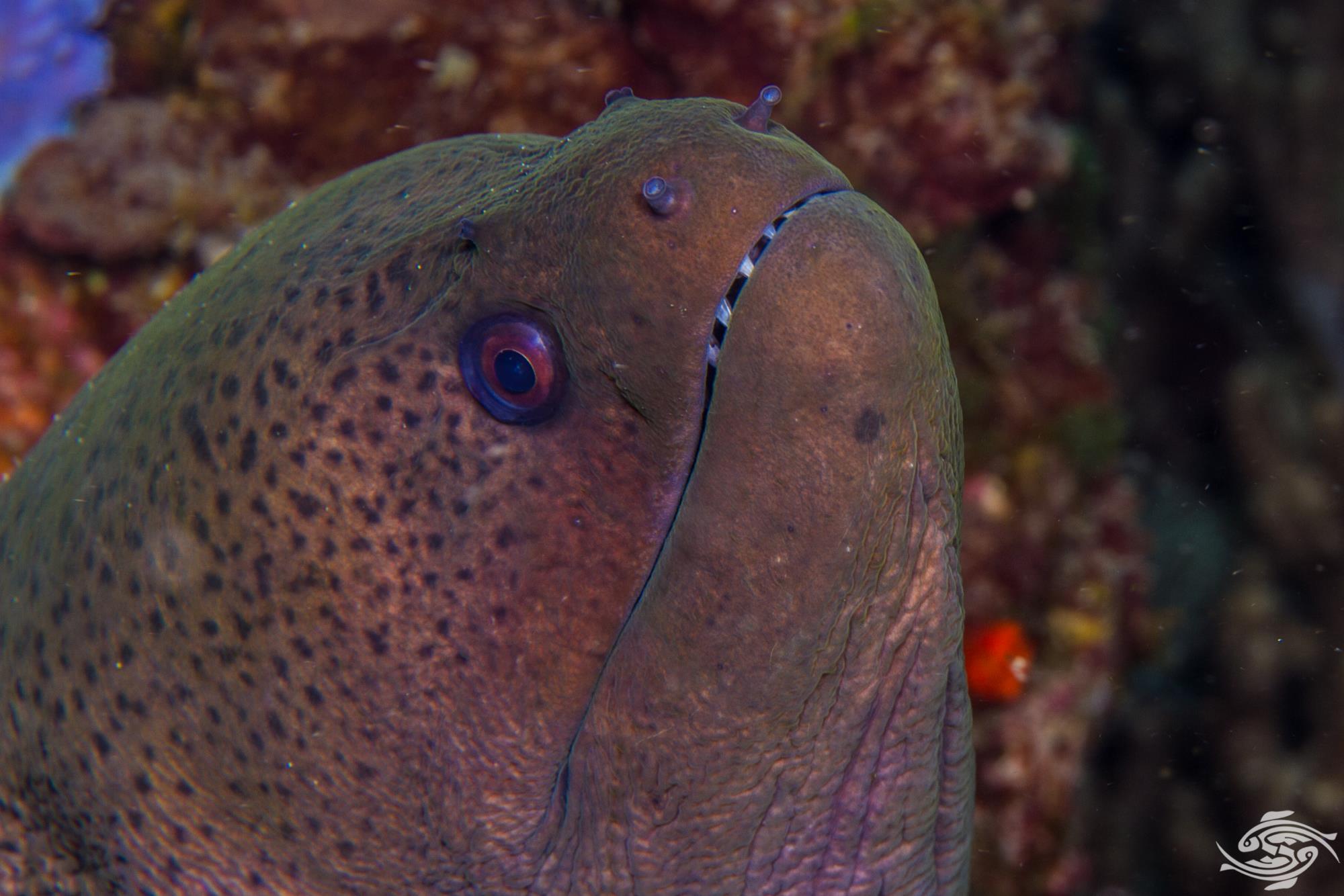 The giant moray eel is widespread across the Indo-Pacific area, being found from east coast of Africa from south of Durban northwards, Red Sea included, across to the Pitcairn group, Hawaiian islands and  Polynesia. North to south in Japan and south to New Caledonia, Fiji and Australia.
They are found in rocky reefs, coral reefs and occasionally in lagoons provided there is shelter. They are found from depths of 1 to 50 meters. 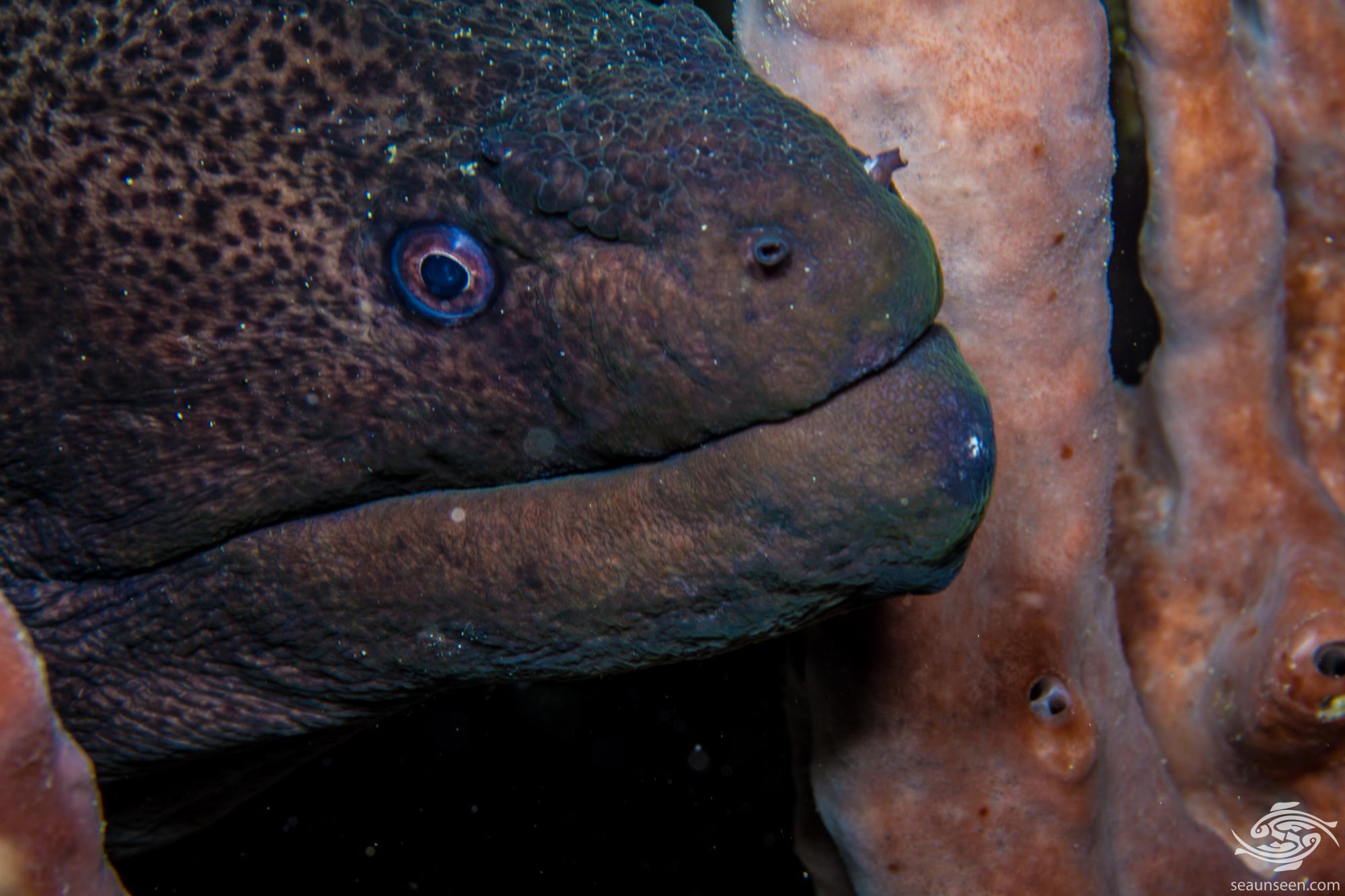 The giant moray is carnivorous, and does most of its hunting at night. As mentioned above it is not that uncommon to see them hunting during the day. If there are scuba divers in the area this causes them to go back into hiding. They feed mainly on small fish and crustaceans but the fact that they are on occasion caught by fishermen using bait indicates that they will scavenge as well. 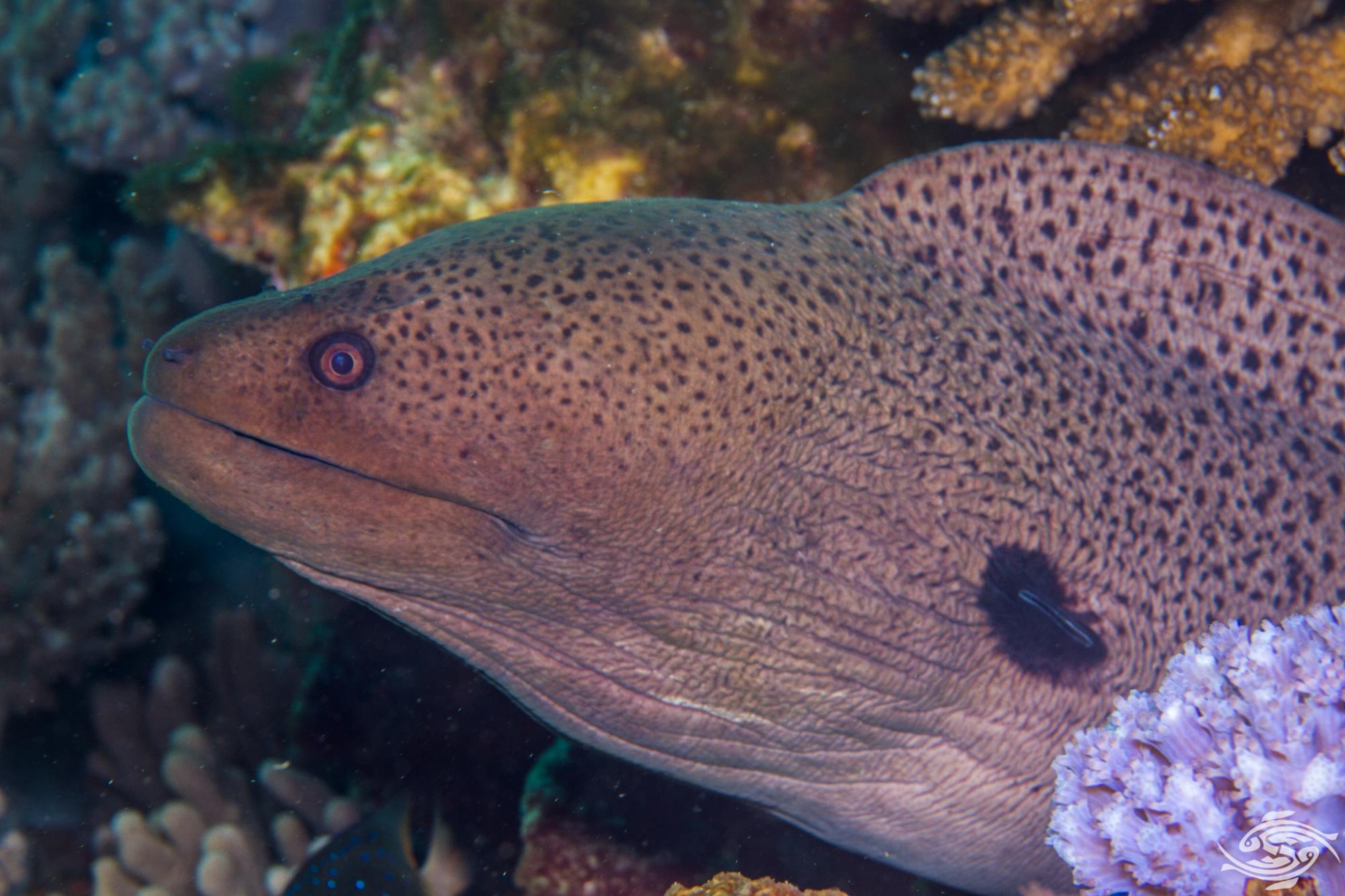 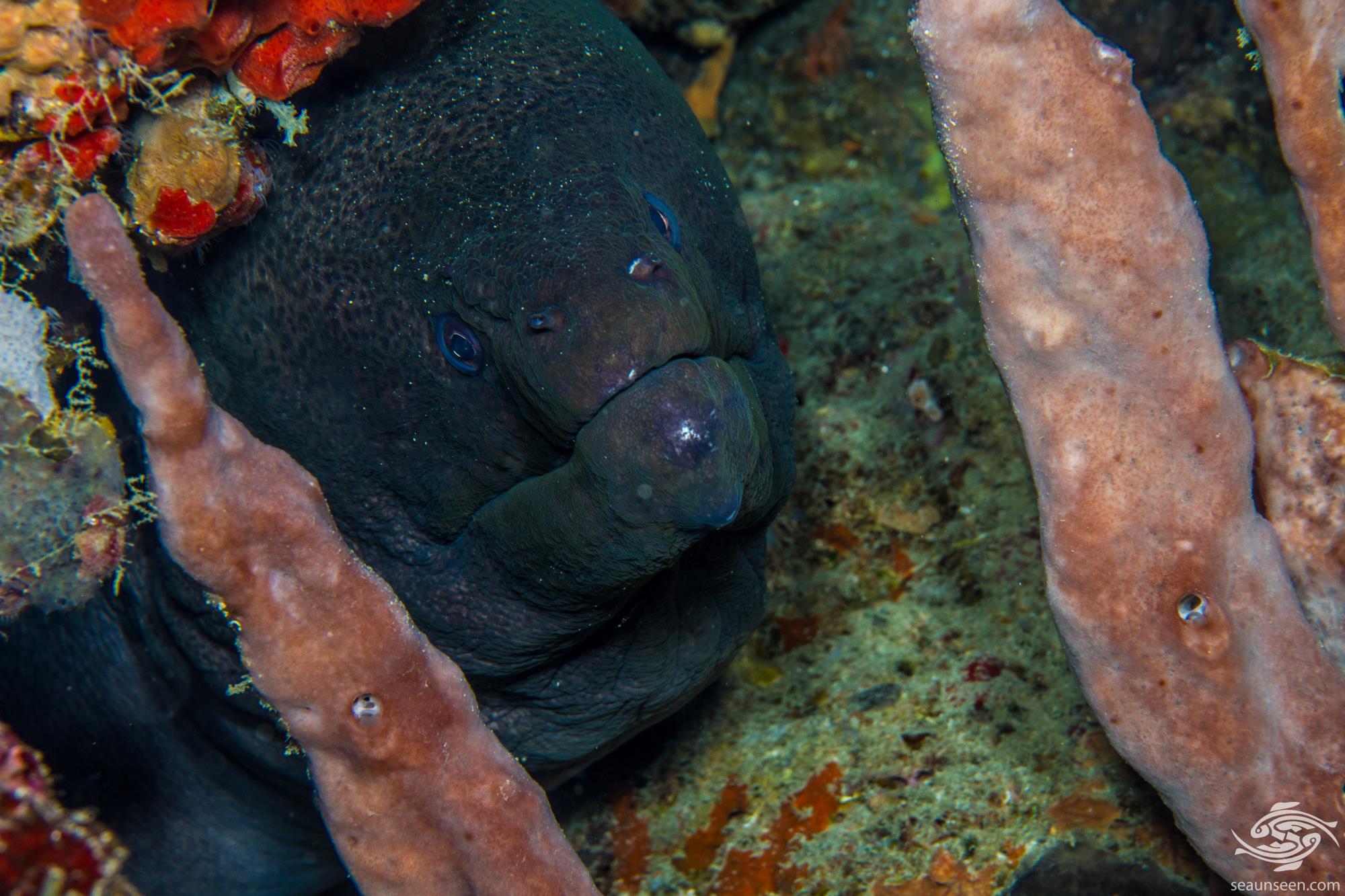 Once caught they are extremely troublesome to deal with. They wrap around the line and secrete a large amount of mucus. Unless the line is changed, much as with the mucus from puffer fish, no other fish will bite on the line. It is not uncommon for a caught giant moray eel to actually bite its self while it is busy wrapping around the line.

Because of their size, as a rule giant morays are usually only kept in public aquariums.

READ ABOUT OTHER MORAY EELS