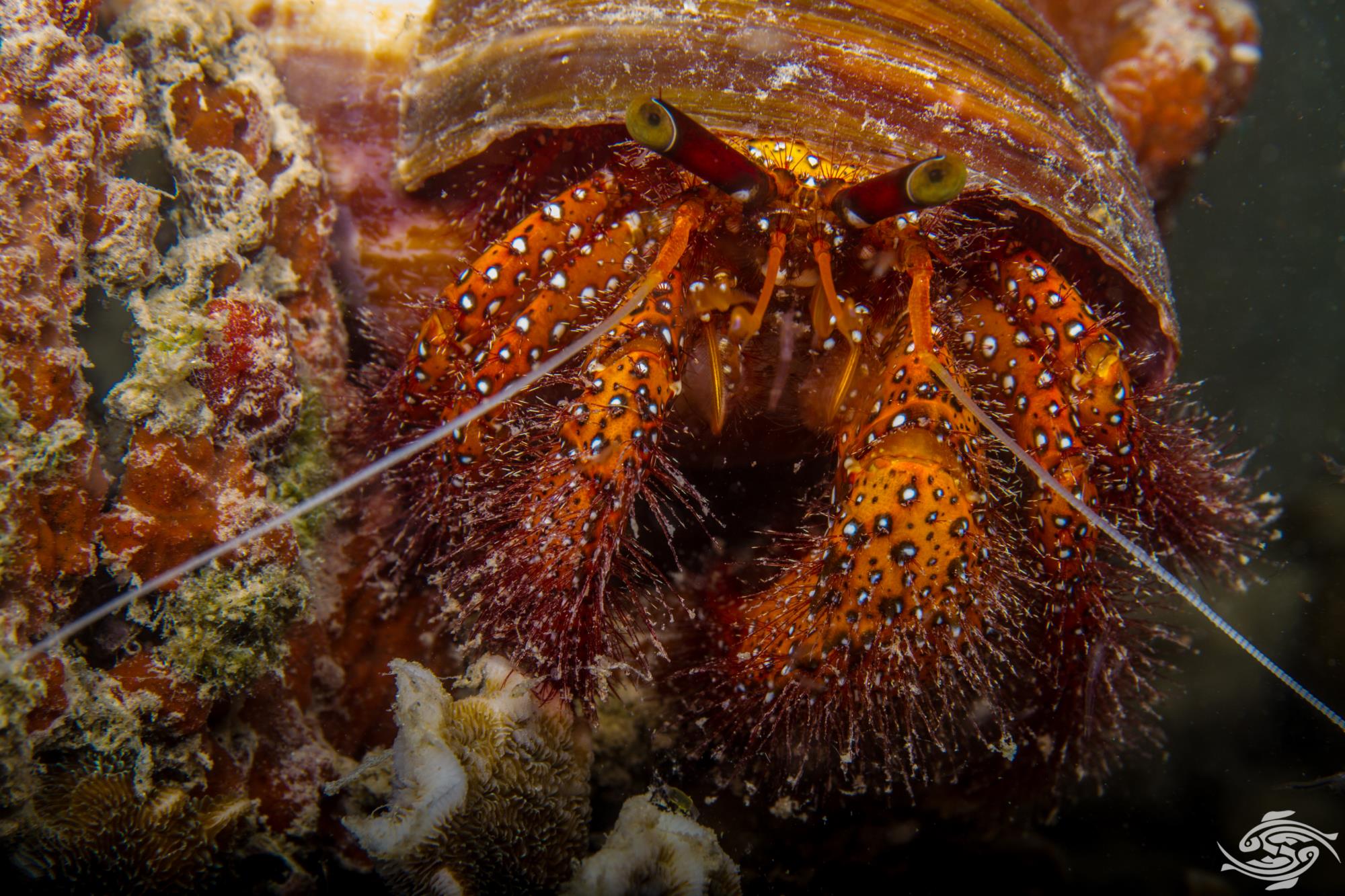 The Giant spotted hermit crab Dardanus megistos is also known as the White-spotted Hermit crab. They are one of the more colourful hermit crabs, that spend their lives in empty gastropod shells. In terms of looks it is hard to choose between them and the Hairy Yellow Hermit Crab. 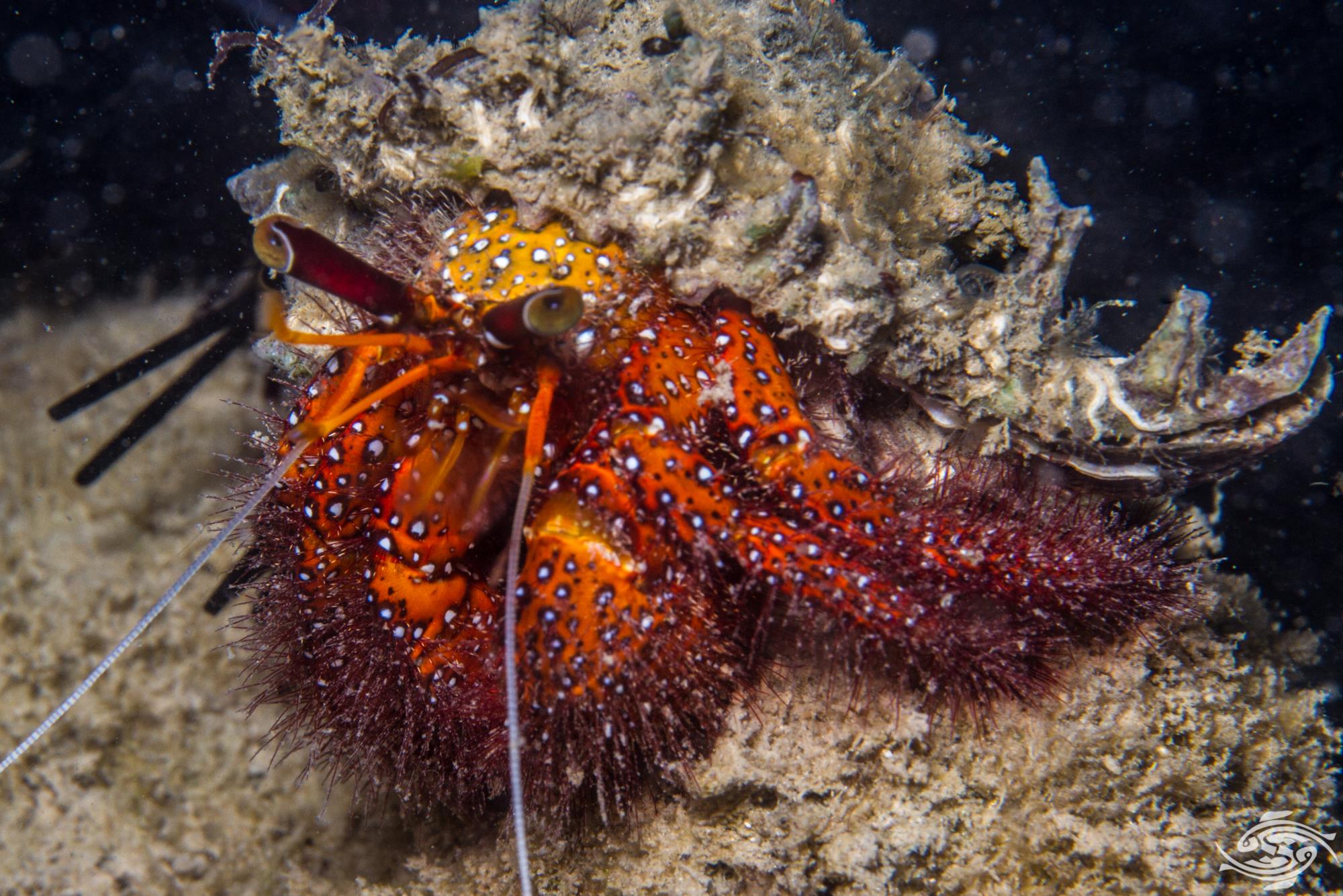 Giant spotted hermit crabs are easily recognisable by their colouration, having a bright red or orange body and legs. These are covered in small black ringed white spots.  The body and legs are covered in light brown coloured bristles. Similar to the spiny lobsters they have two sets of antennae, one short pair in the middle with sensory organs on it and the other longer and extendable outwards. Usually only the legs and head are seen protruding from the shell. The first set of legs has claws, one being larger than the other and these are usually used to seal themselves into their shell when threatened. The second and third legs are used for walking. The rear of the body is adapted to fold into the shell. The giant spotted hermit crab grows up to 25 cm in width but are usually around 10 to 12 cm. 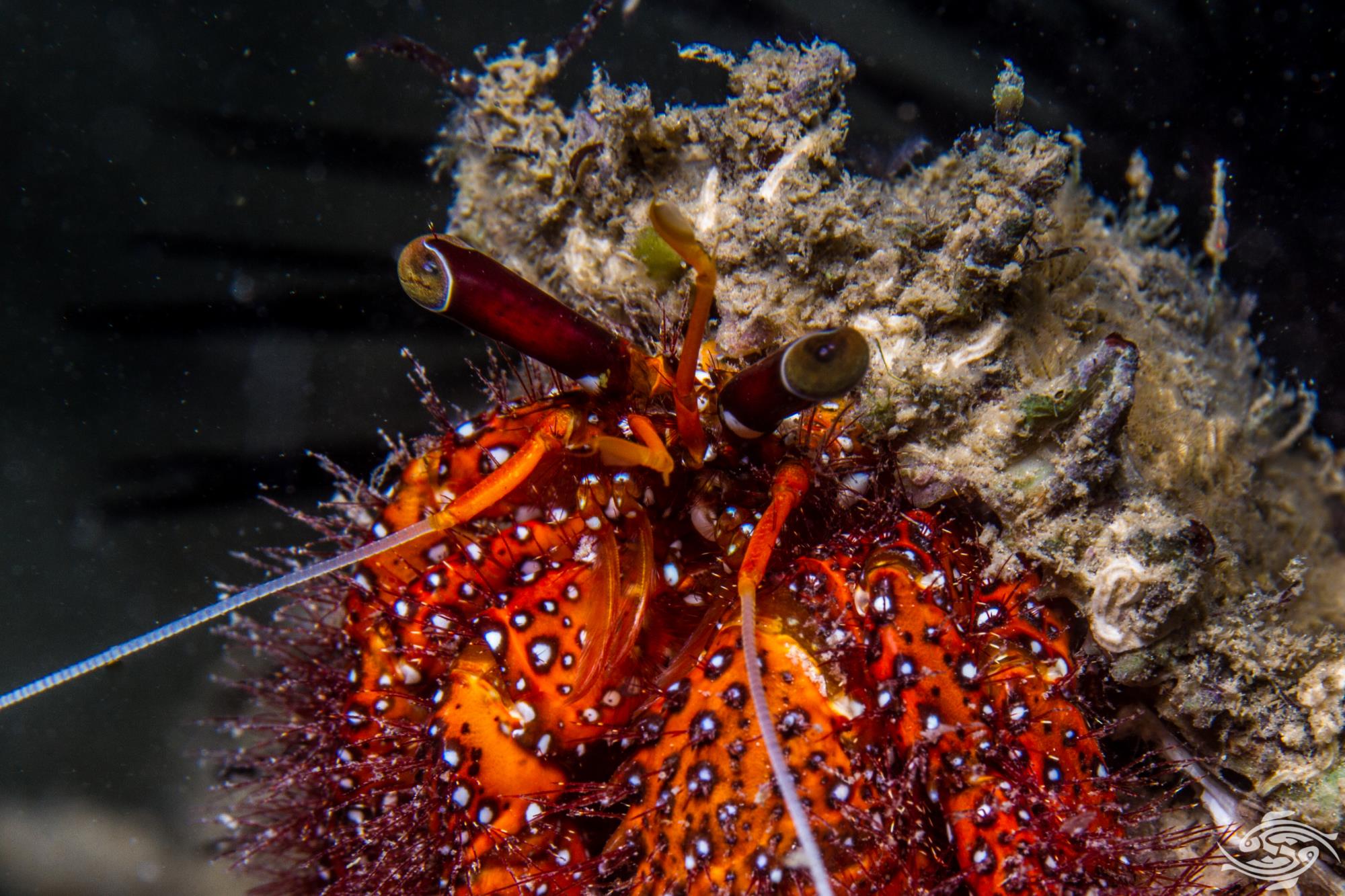 Giant hermit crabs have a lot of character, sometimes they are quite fearless of divers and will sit and preen themselves out in the open not at all bothered by the diver. On most occasions though they will head for cover and have a comic like appearance as the drag their shell along with them. As they grow larger so they need larger shells which are often in short supply. As with all crustaceans when they molt they grow in size and their exo skeletons are very soft making them vulnerable to predators. 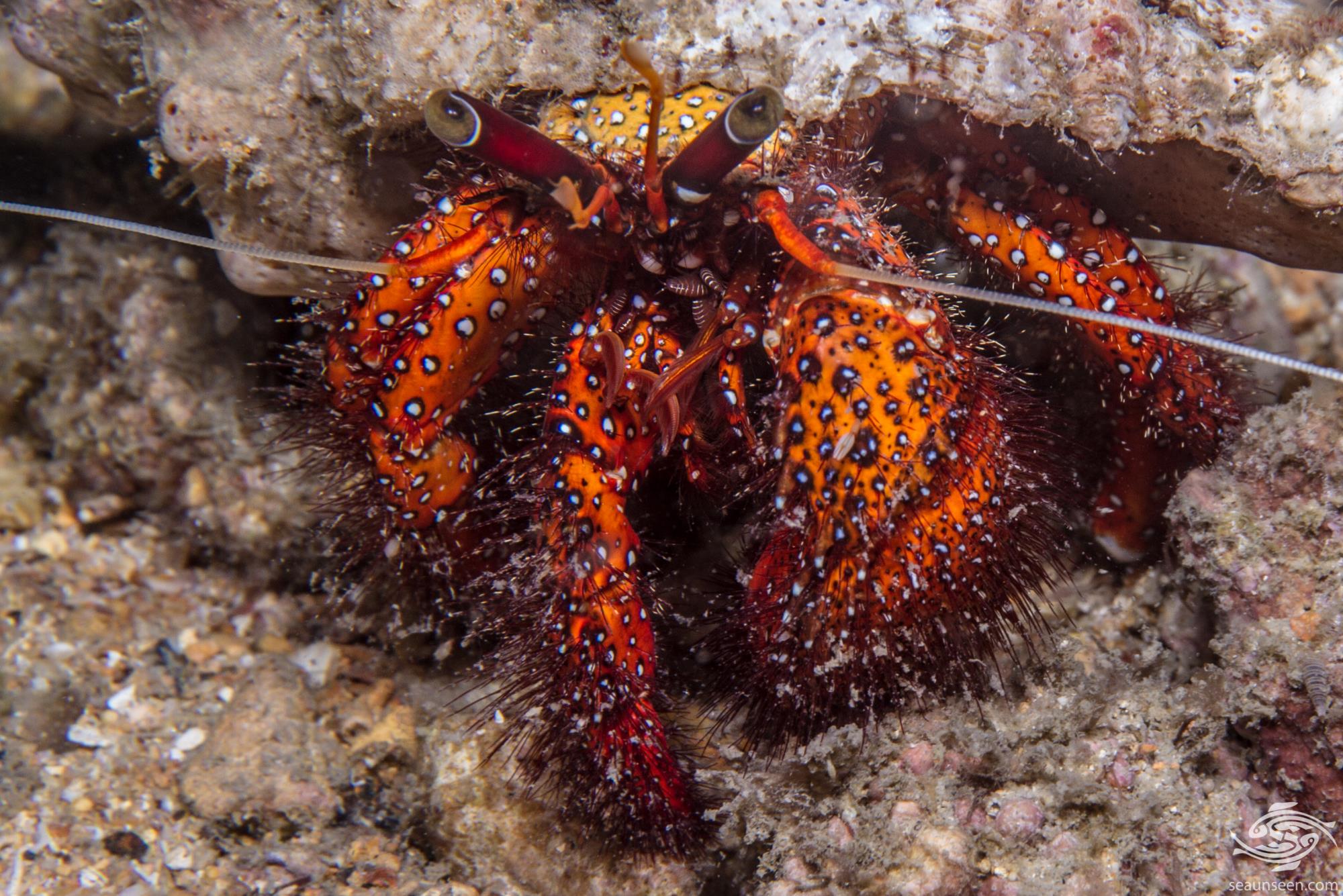 There can be quite some urgency to find a larger shell after moulting. They actively fight over shells, with larger crabs going as far as pulling a weaker crab out of its shell using its claws. Occasionally while diving one comes across such fights. On the last occasion the larger crab let go of the smaller one and the smaller one headed off at great speed towards me across the bottom.  Obviously seeing the risk of a potential predator as protection against the larger crab. 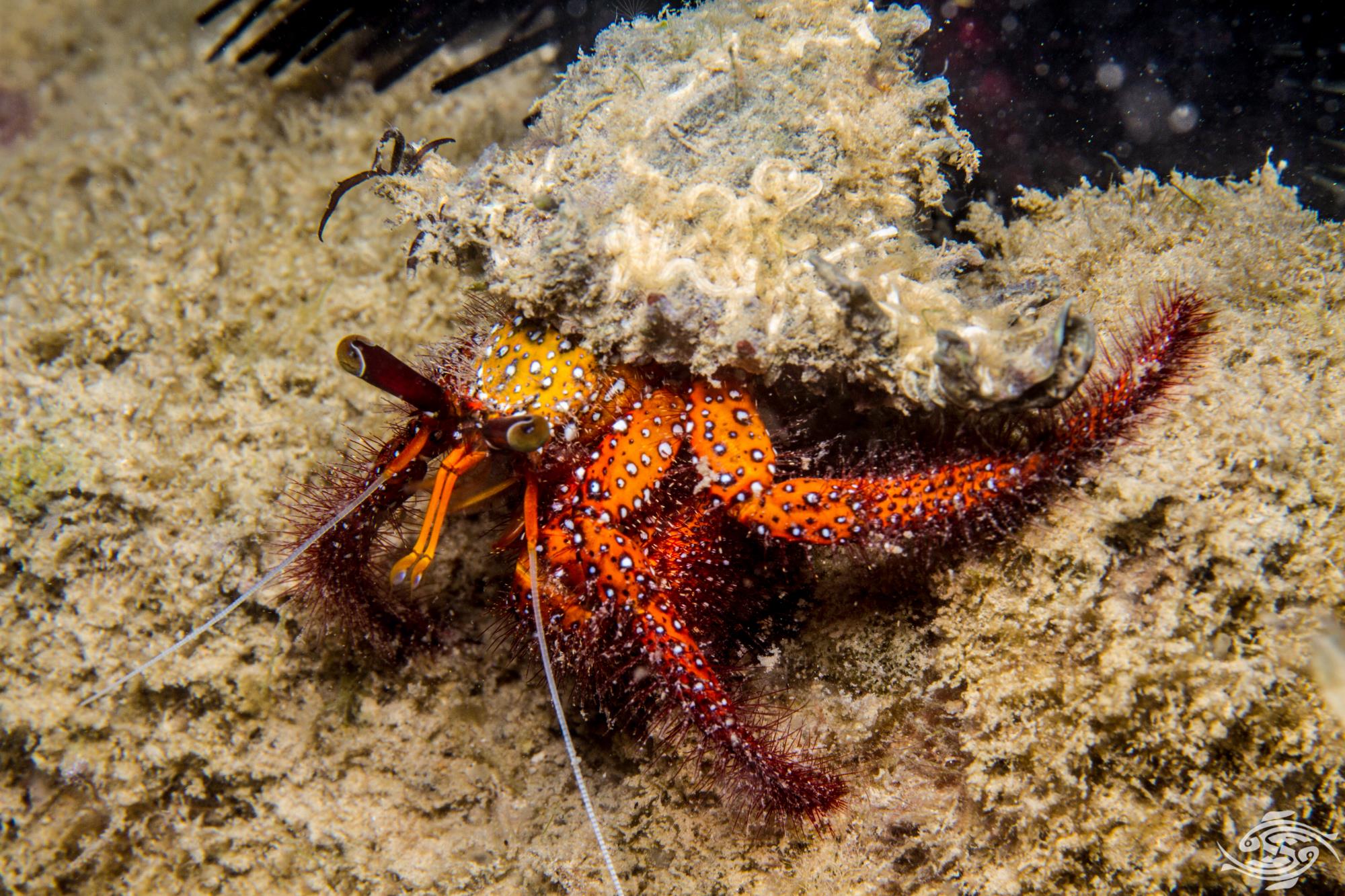 The giant spotted hermit crabs are found on coral and rock reefs across the west Indian Ocean, usually shallower than 20 meters. 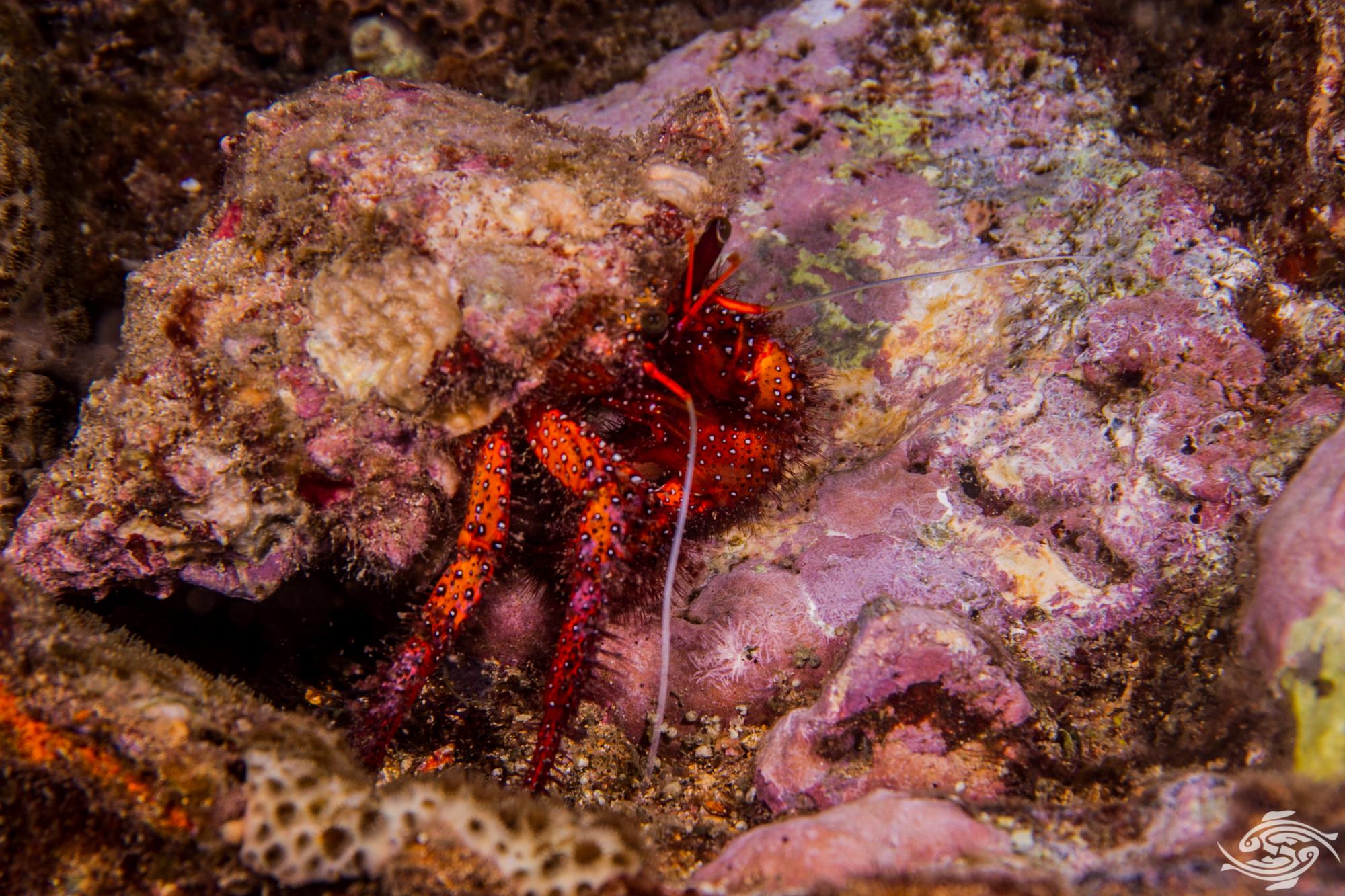 They are carnivorous and although they are mainly scavengers, they will break open and eat any mollusc that they can open. 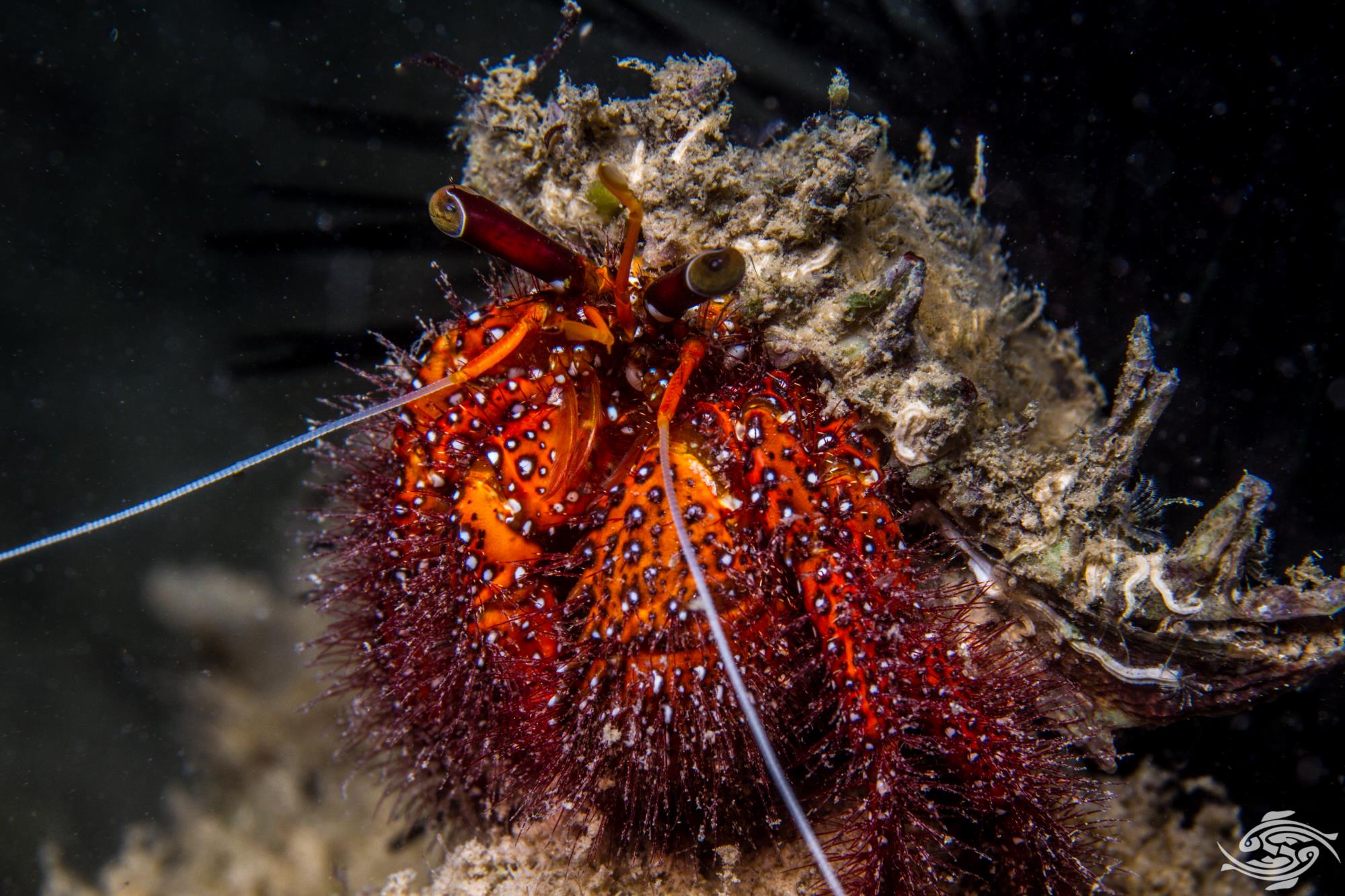 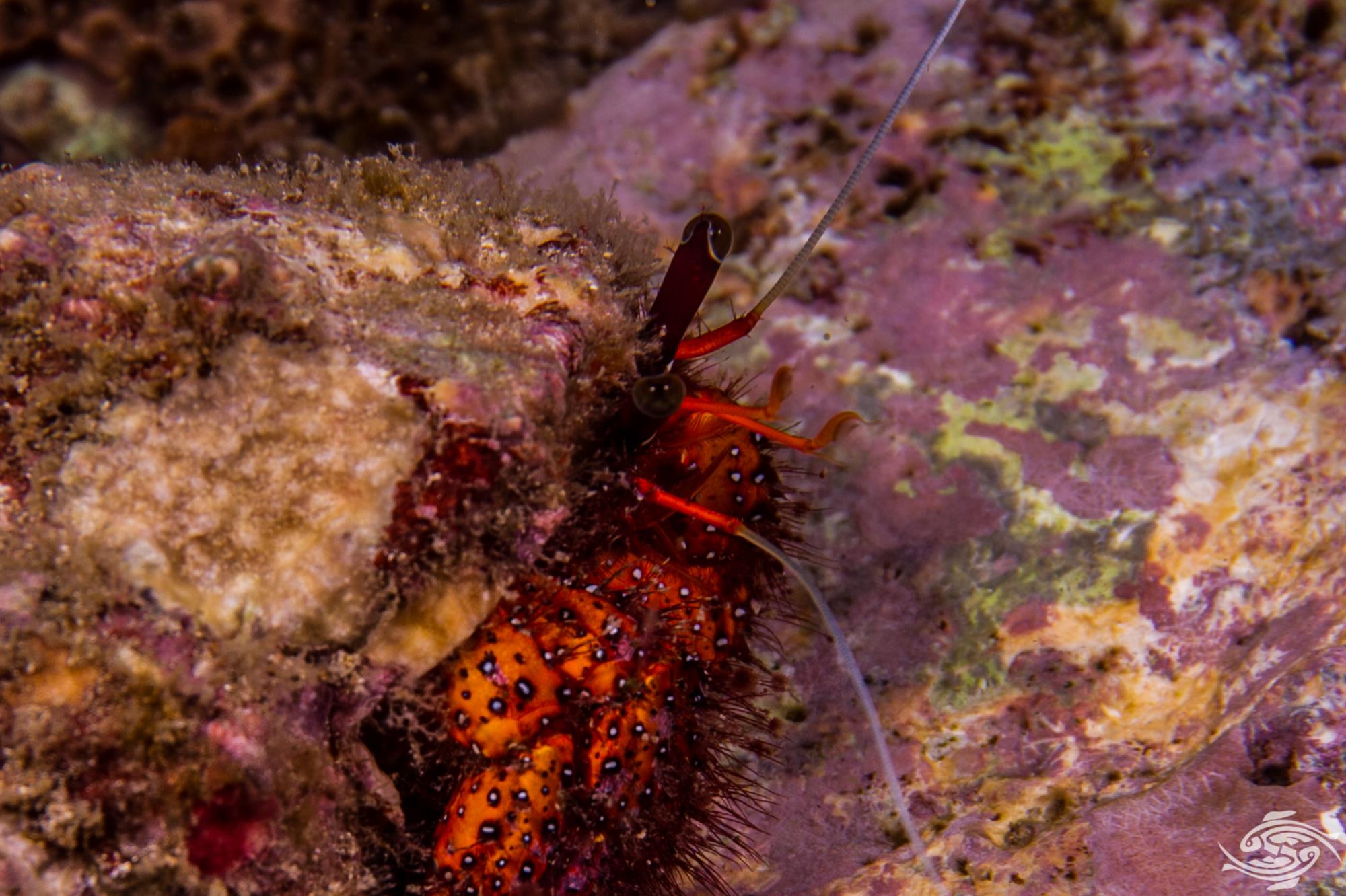 They are not reef safe and being carnivorous can do a considerable amount of damage in a tank. If kept they need a supply of larger shells in the tank to switch to. They are easy to feed and will devour large amounts of food. 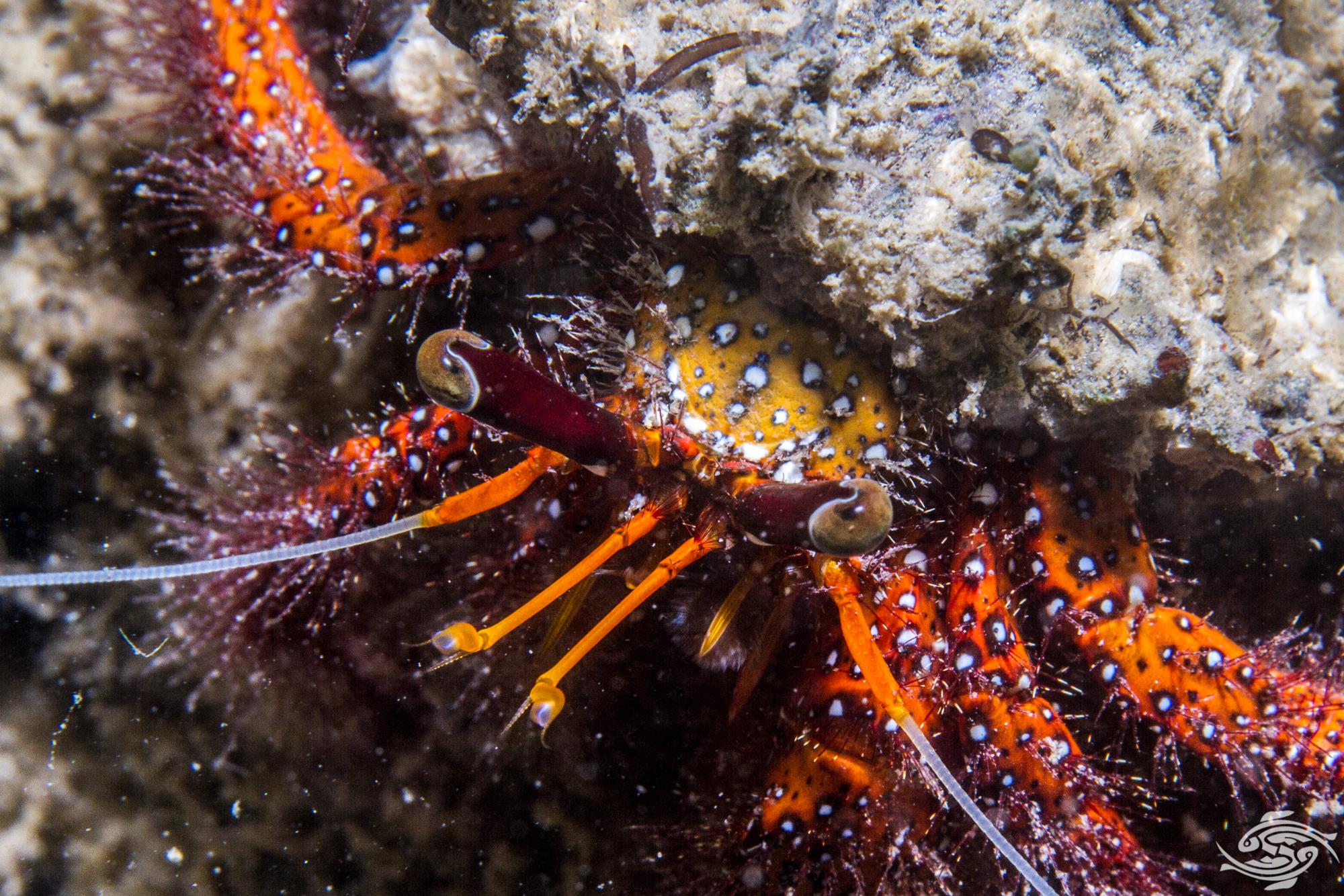