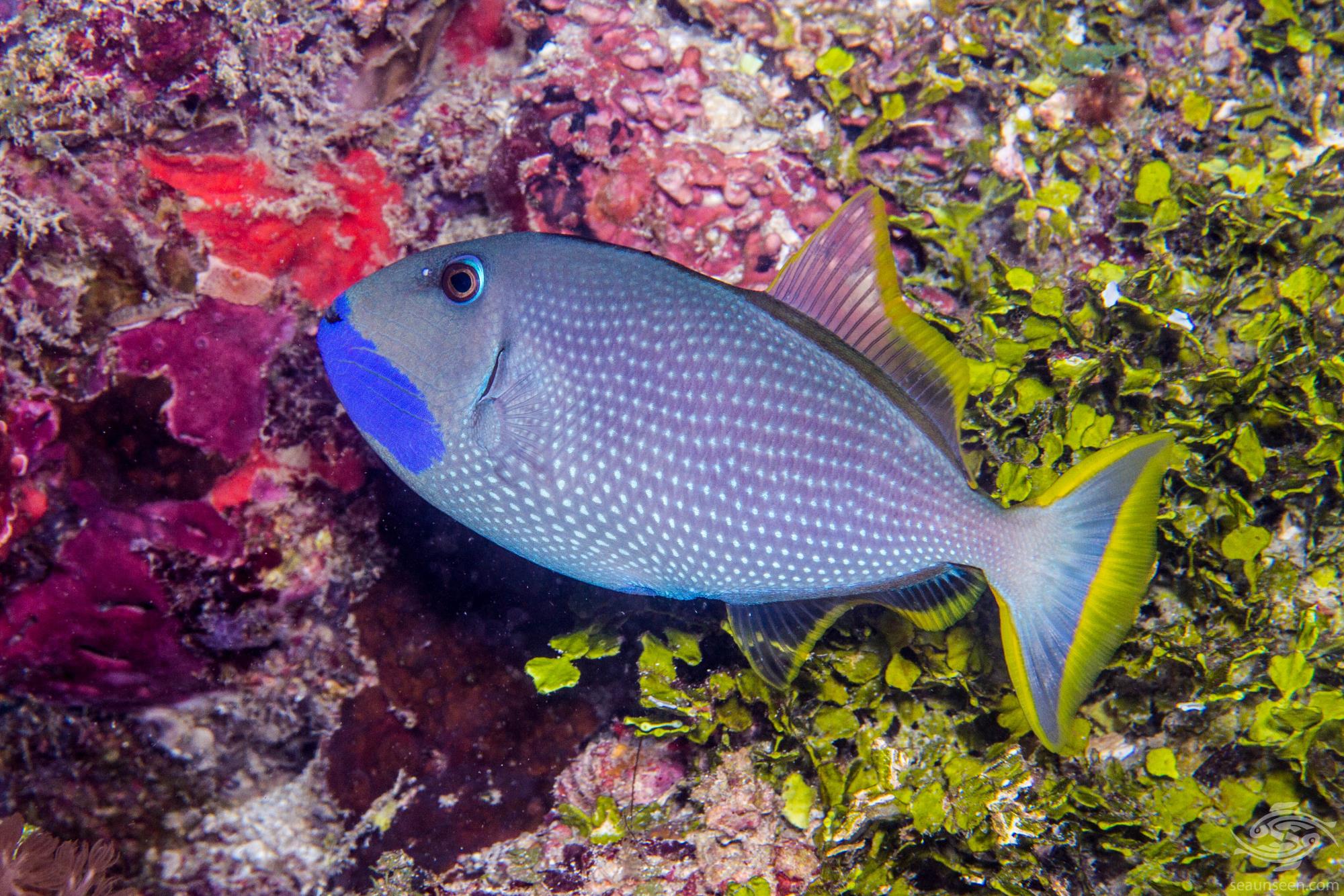 The Gilded Triggerfish has an oval laterally compressed body, with its eyes set high on the body and far back from the mouth. This protects the eyes when dealing spiny prey. Their skin is thick and leather like with non over lapping scales.  They have a small slightly upturned mouth ringed in dark blue. 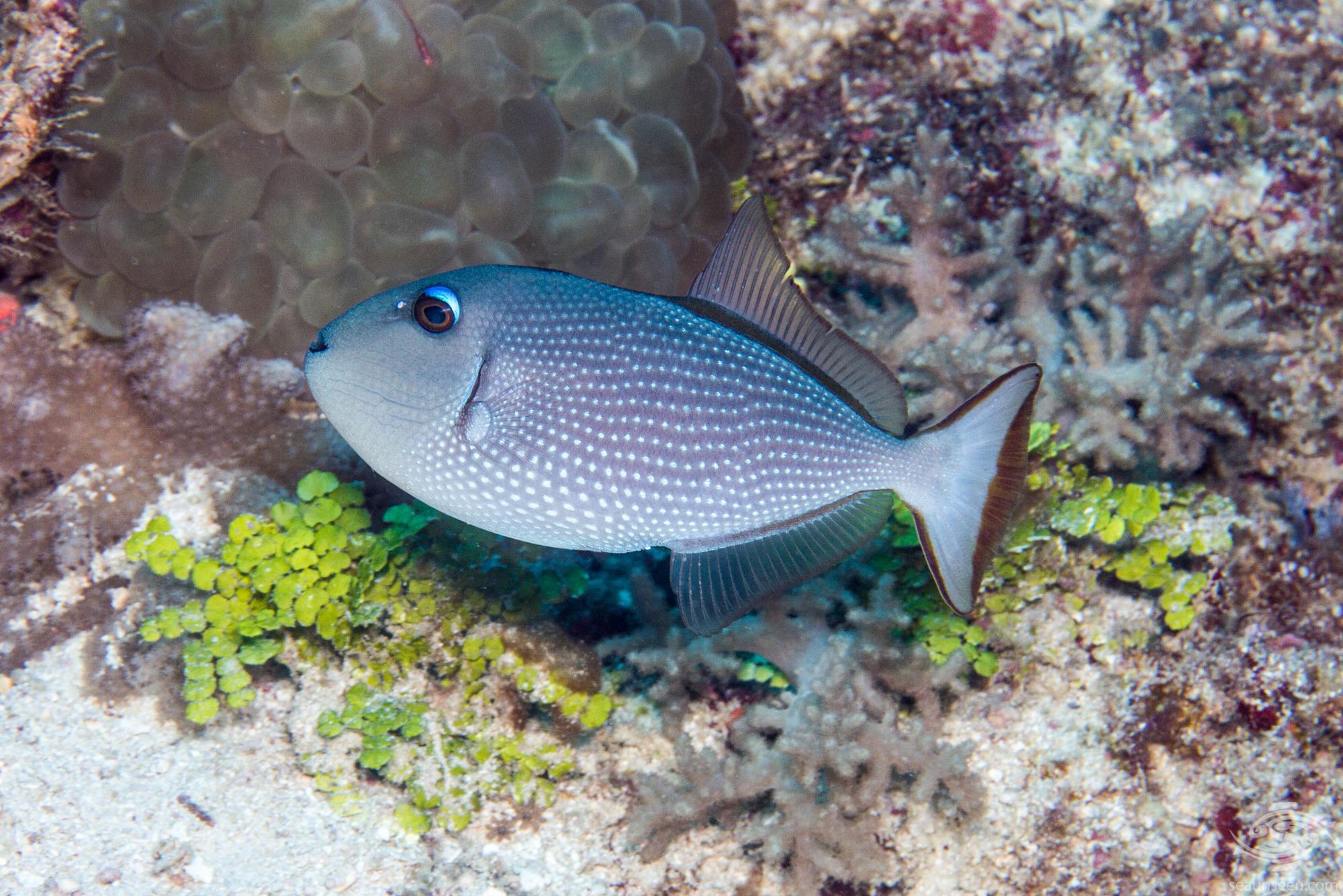 GILDED TRIGGERFISH IN THE WILD

In Tanzanian coastal waters they are fairly rare but on some remote offshore reefs they are common. They seem to prefer deeper off shore reefs with lots of current on the top of walls or on shelving drop offs from around 23 meters downwards to 35 meters.  On these reefs there are loose aggregations of several hundred fish all swimming just above the bottom and then darting upwards into the water table to feed.

When a diver approaches they quickly slip into holes in the reef. Sometimes a male and female will go into the same hole. On some of the offshore reefs we found them on, there were many more males than females but this just from single dives on the reefs. 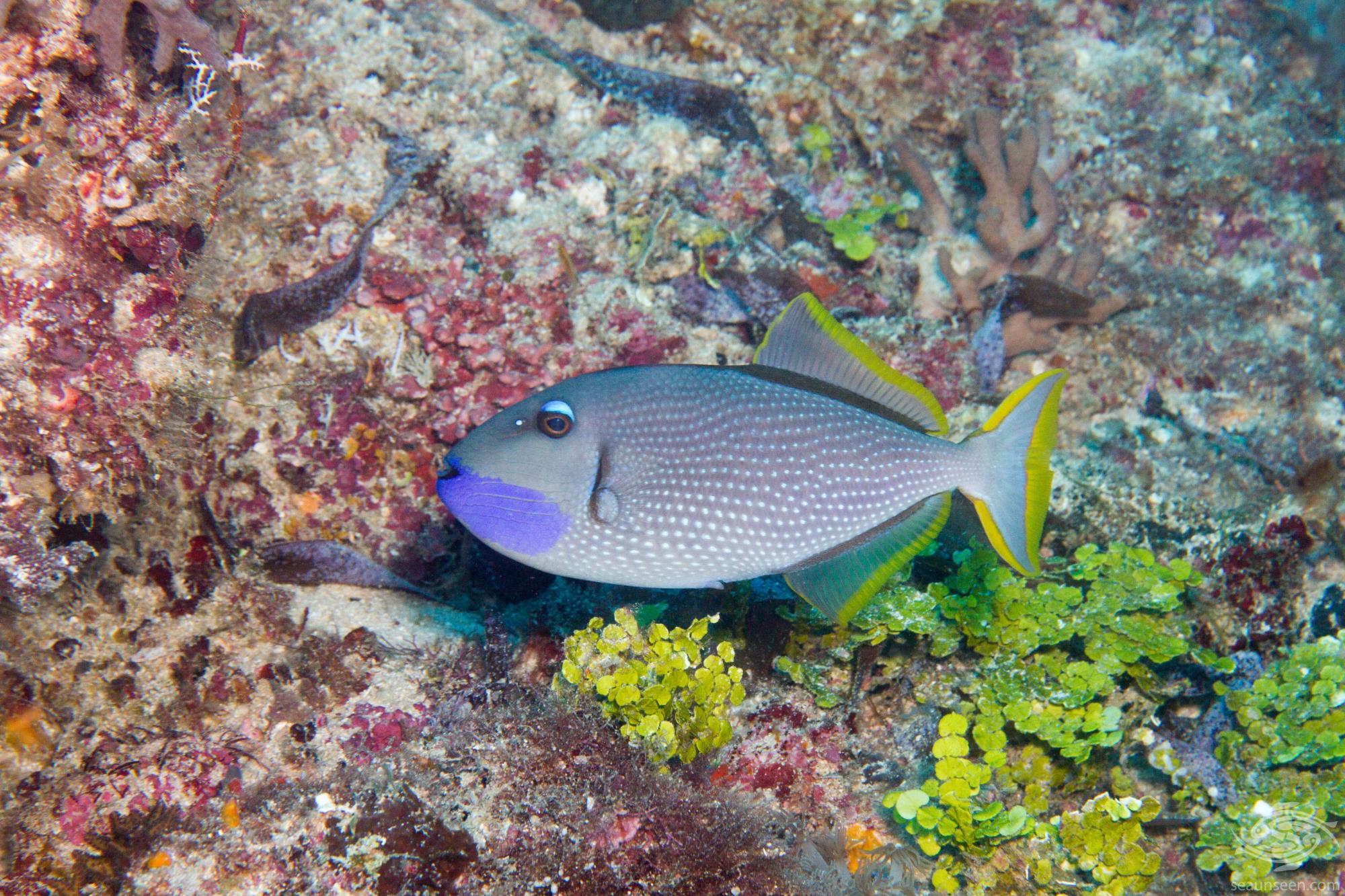 Gilded Triggerfish are found across the Indo west Pacific area from South Africa to Southern Japan, and the southern Great Barrier Reef and across to Hawaii. 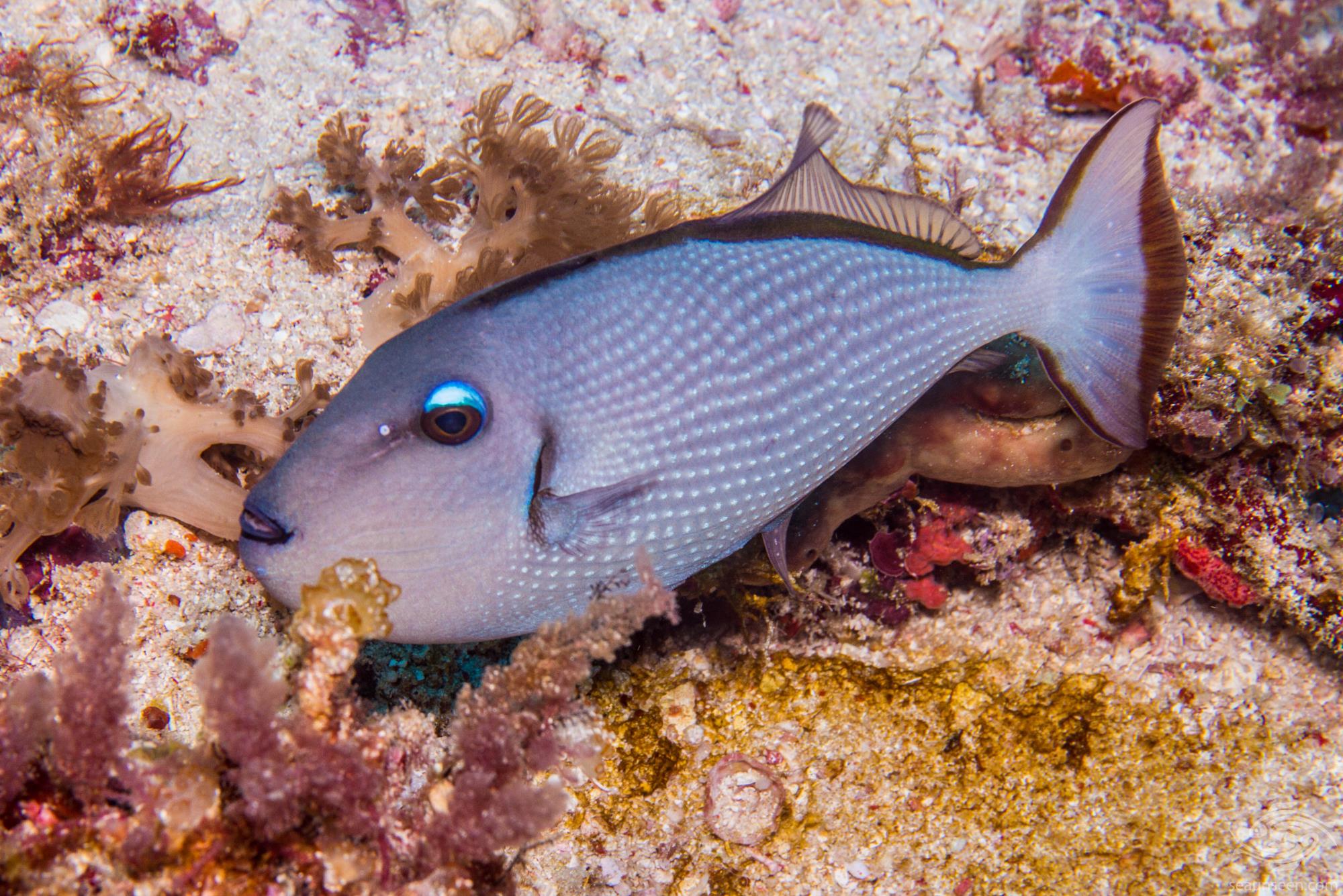 Gilded Triggerfish have a relatively small up turned mouth designed to feed on plankton. Their favorite prey is reported to be copepods, small crustaceans which are free swimming. That said we also observed them occasionally picking food of the substrate although it was not possible to see what they picked on. 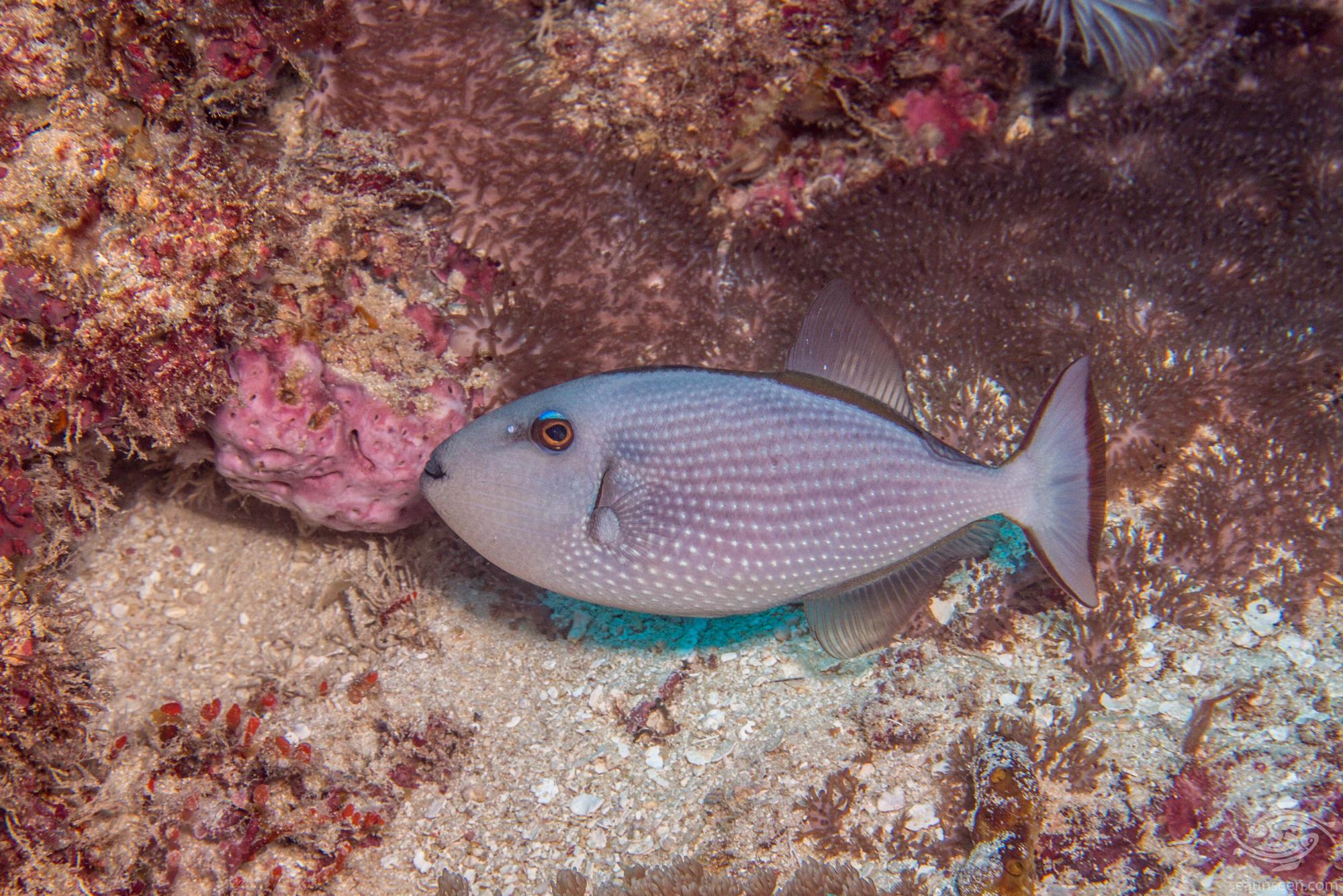 Gilded Triggerfish are kept by some aquarists. They tend to be kept in fish only tanks but if well fed  some specimens may not take ornamental shrimp and hermit crabs and some people consider them reef safe. They require a large tank because of their potential size and are well known for jumping out of tanks.  Clean water is a prerequisite for these fish. 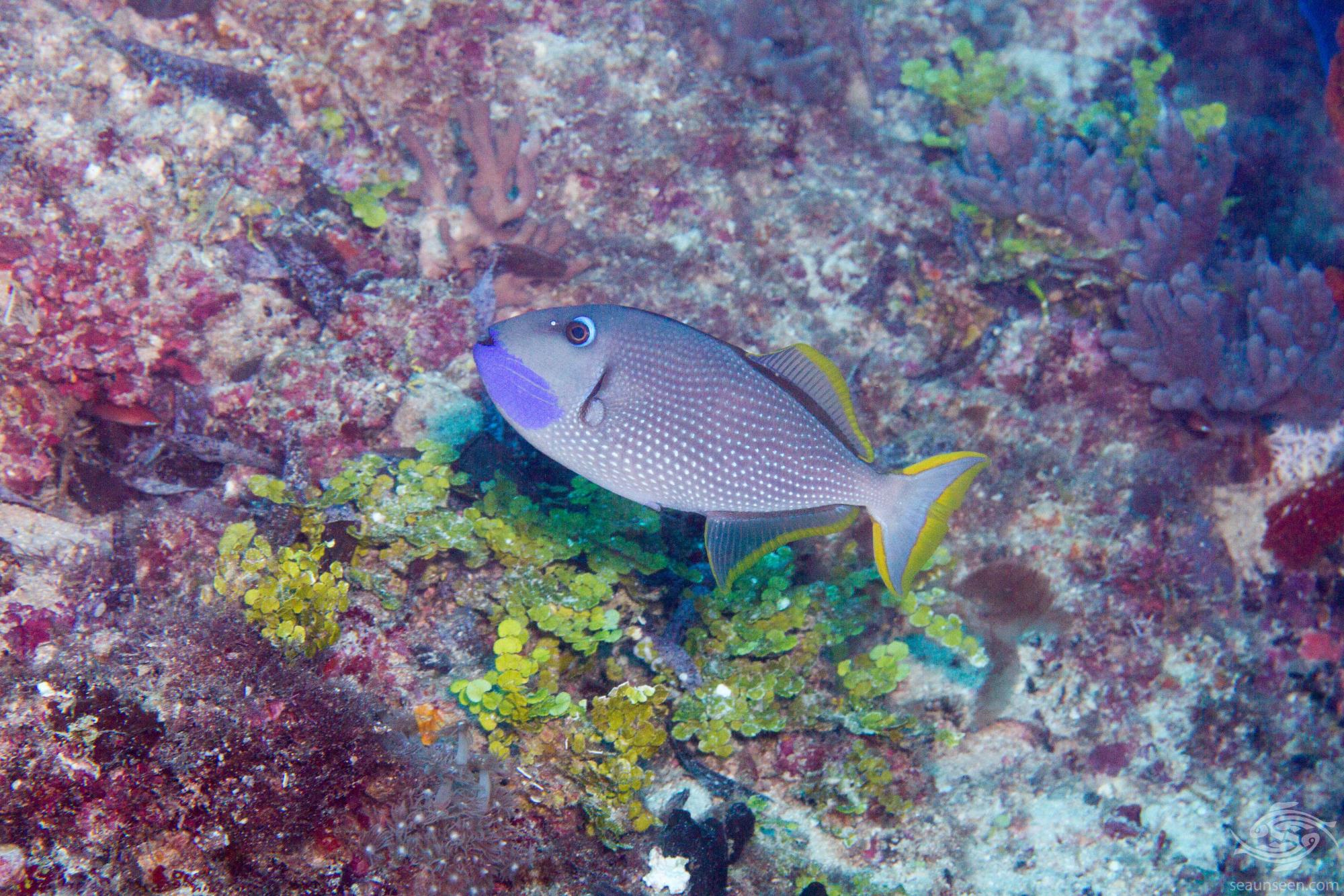