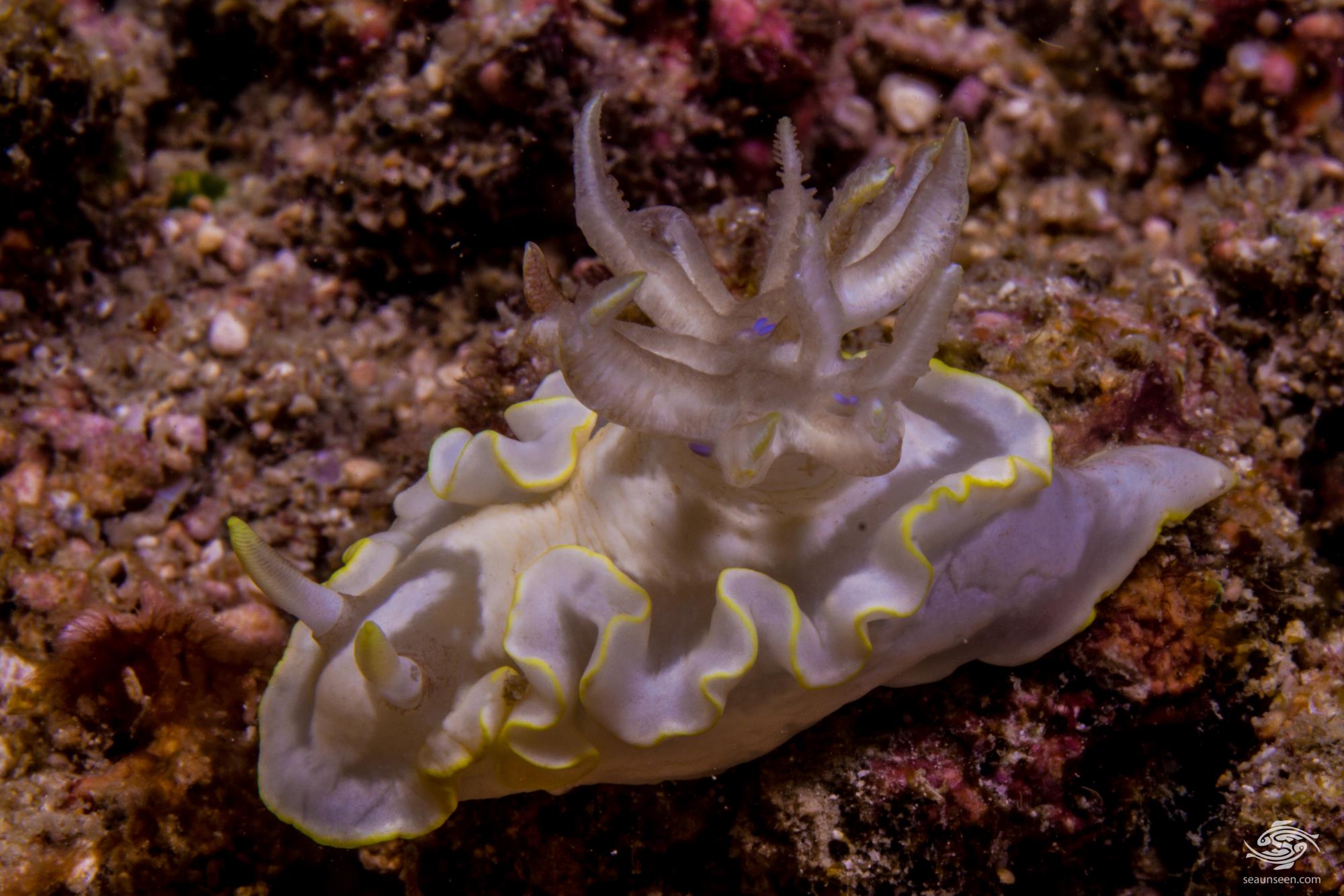 The Glossodoris pallida is a species of colorful sea slug that is also known by its common name of the Pallid Glossodoris. They are dorid nudibranchs, marine gastropod mollusks. They were first described in the Red Sea by Ruppell & Leuckartin in 1828. 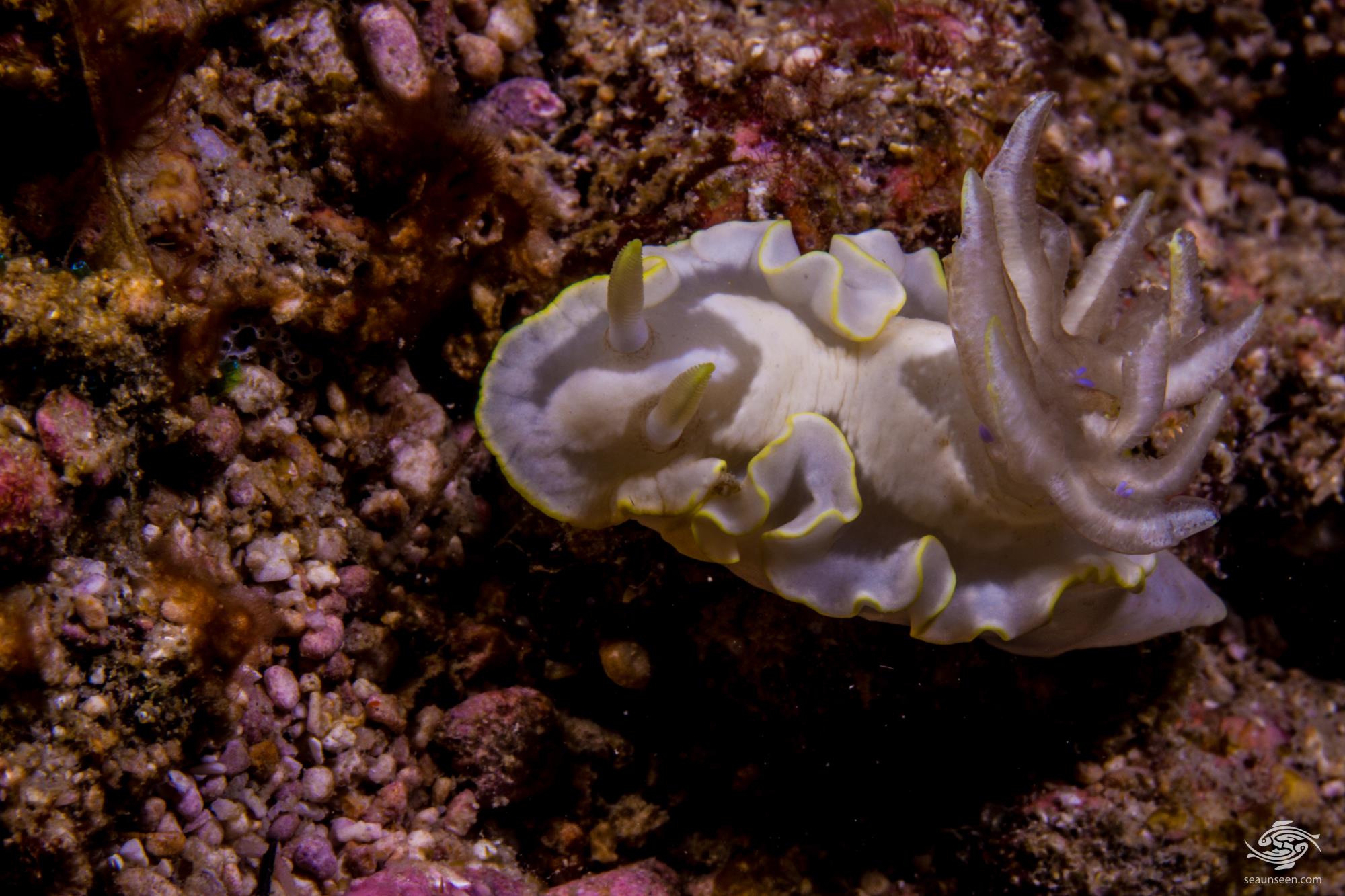 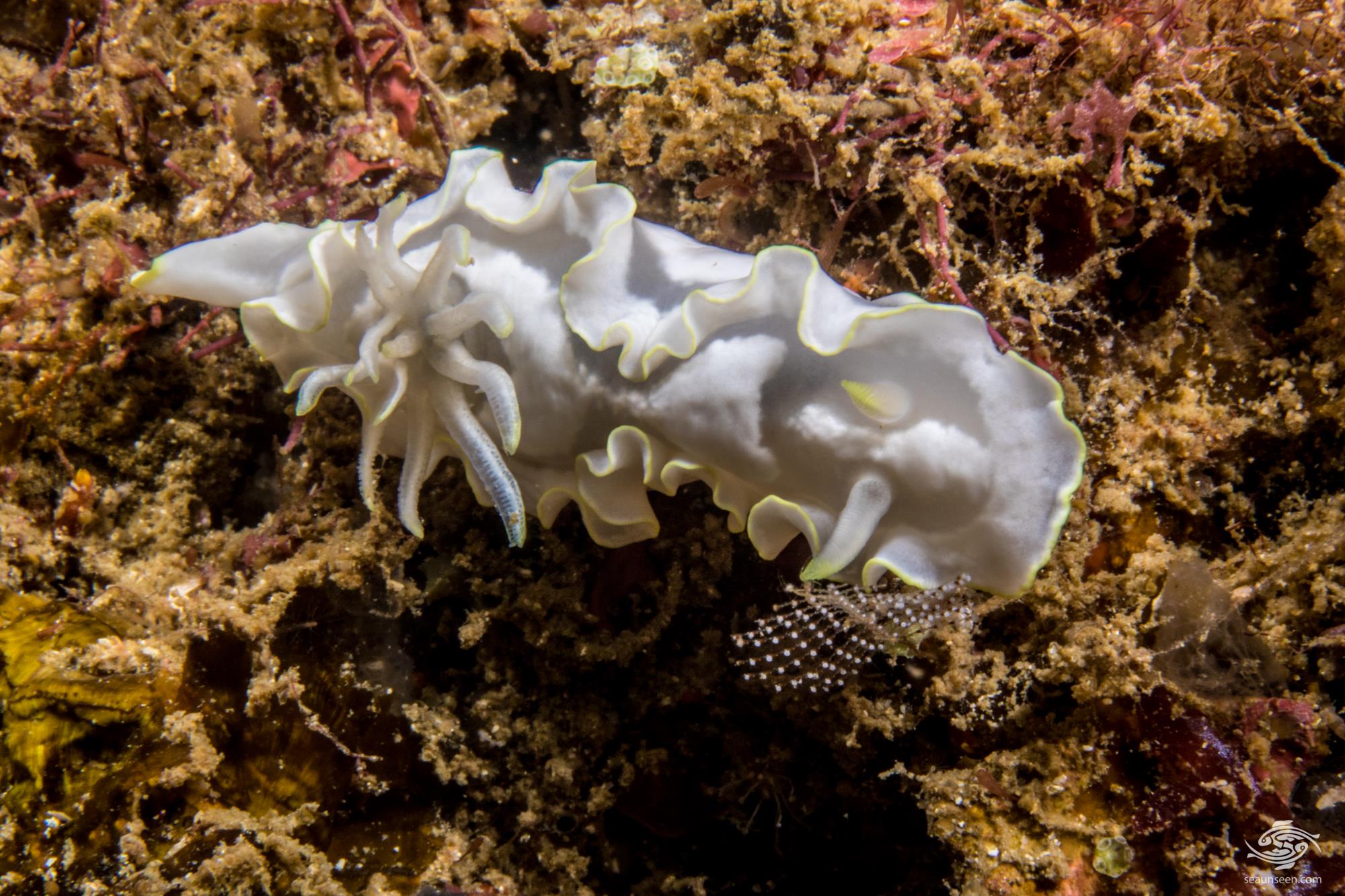 Both the rhinopores and gills are retractable .  The edges of the mantle which are often frilly are white with a lemon colored edge. Some specimens have small blue spots on the gills or gill base, but most do not. They grow up to 7cm in length. 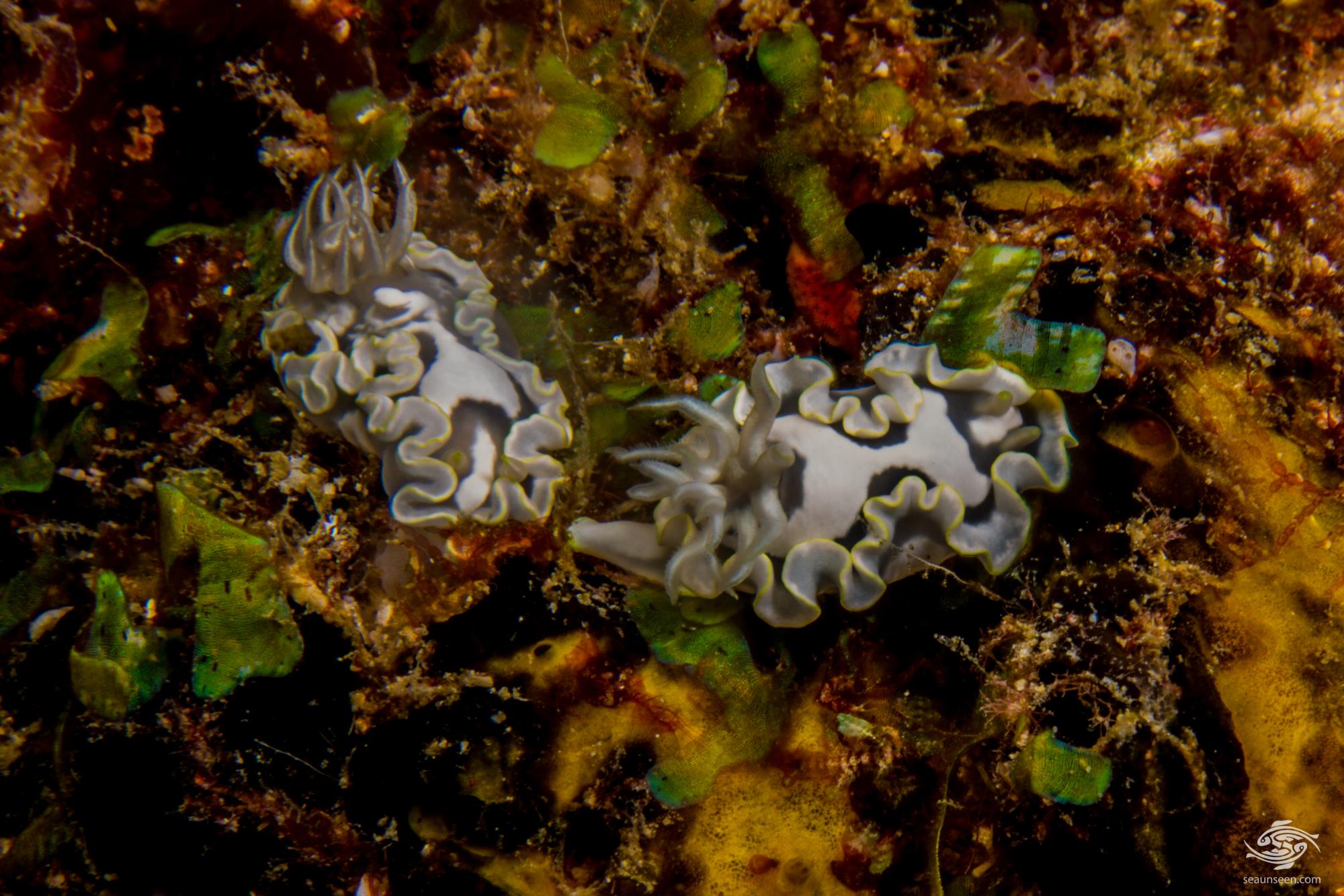 Glossodoris pallida are fairly common in Tanzania.  They are seen out in the open but more often in between corals on the bottom. They seem to sense a diver and usually head for cover, probably not appreciating having lights shone on them. 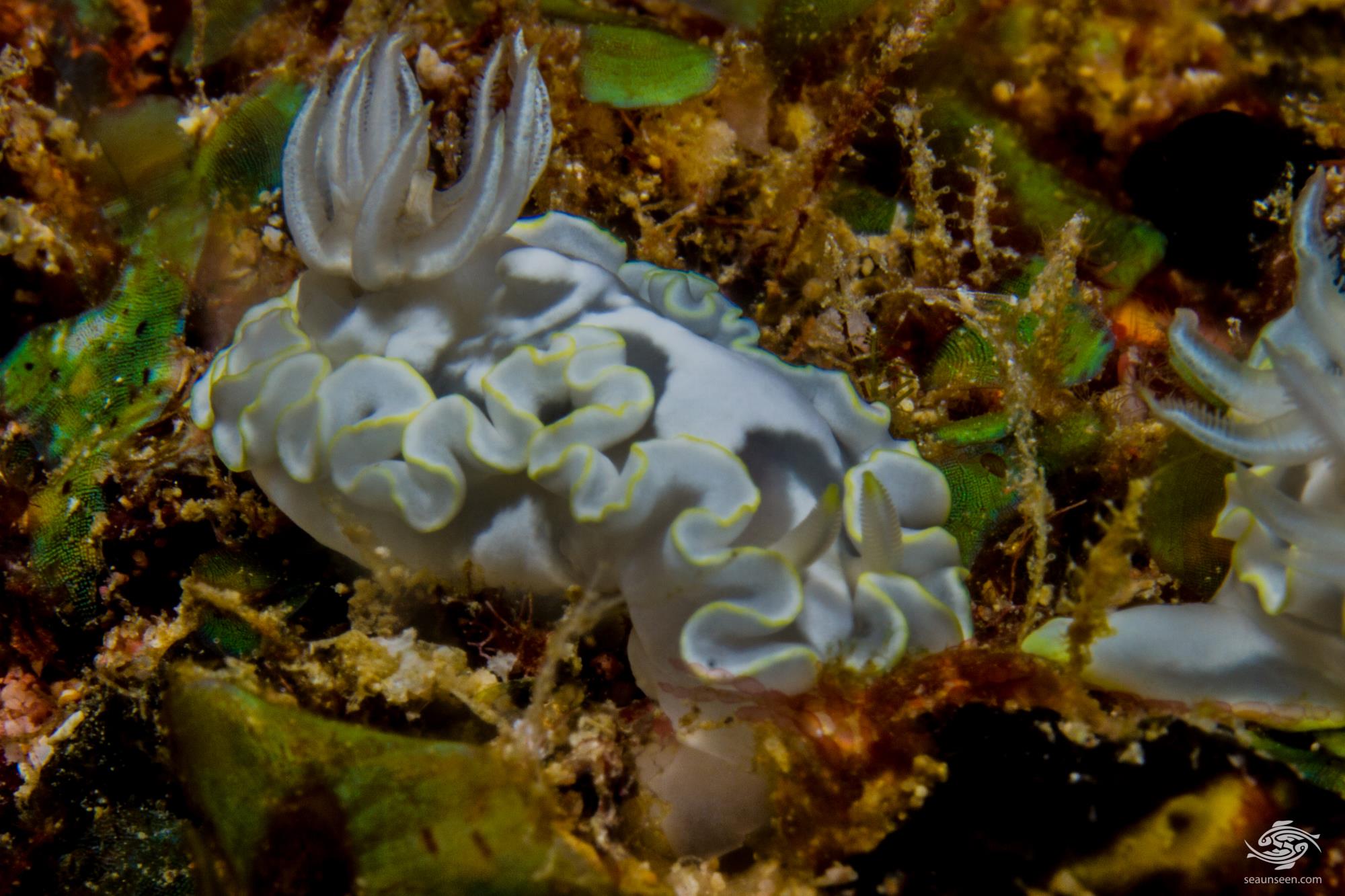 The Glossodoris pallida is found across the Indo West Pacific area . They are found on rocky and coral reefs to a depth of 30 meters but we usually see them around the 12 to 20 meter range in Tanzanian waters.  They are usually found in areas of high soft coral and sponge growth. 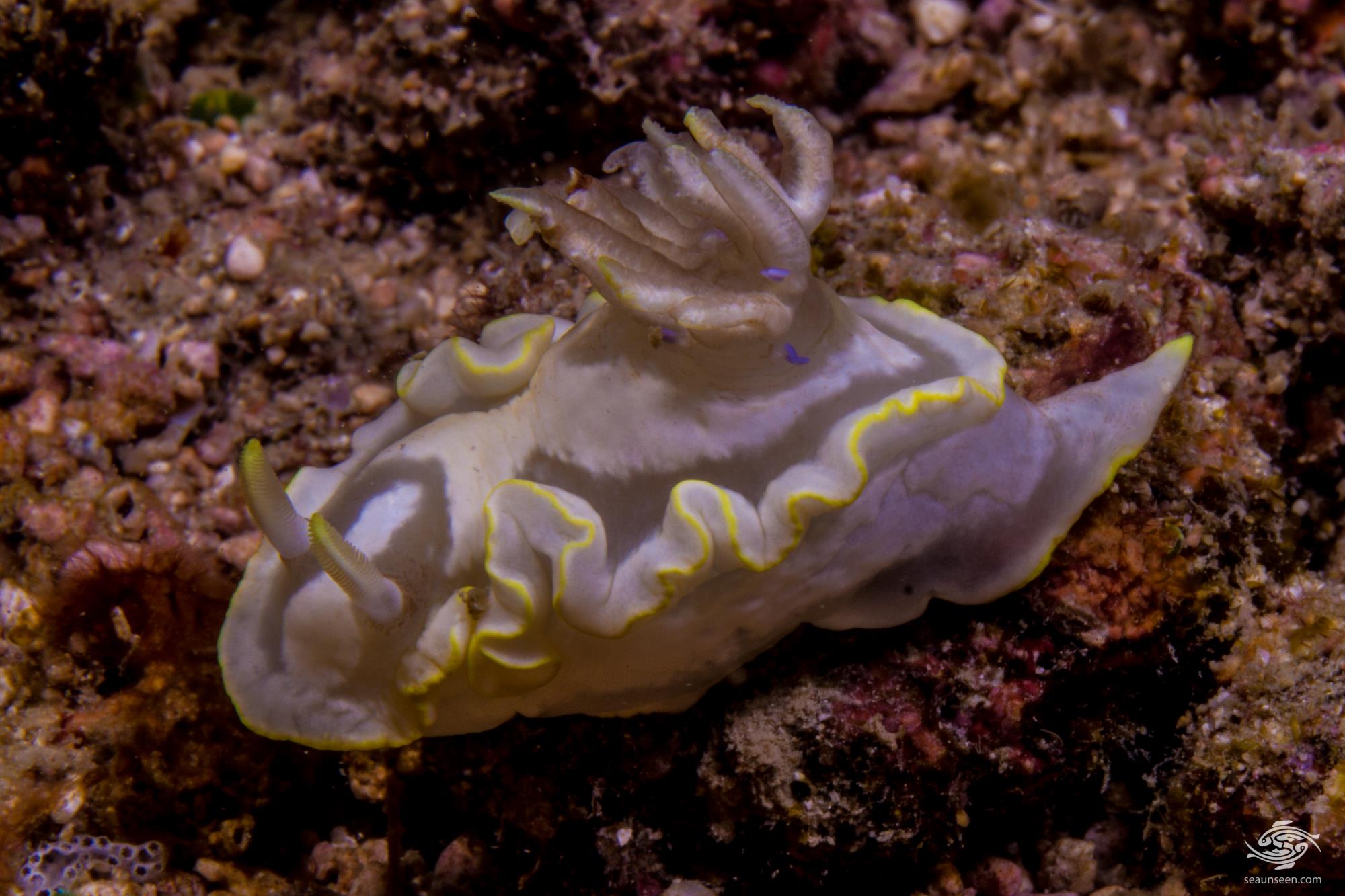 Glossodoris pallida feeds on sponges which are highly toxic. These toxic chemicals are retained in the body making them both unpalatable and very likely highly poisonous. This provides protection against predation.

Nudibranchs have their teeth on their radula which is similar but not quite the same as a tongue. Food is grasped and processed by the radula and passed through the esophagus into the stomach. After digestion waste products pass through the intestine out the anus, which in dorid nudibranchs is in the middle of the gills. 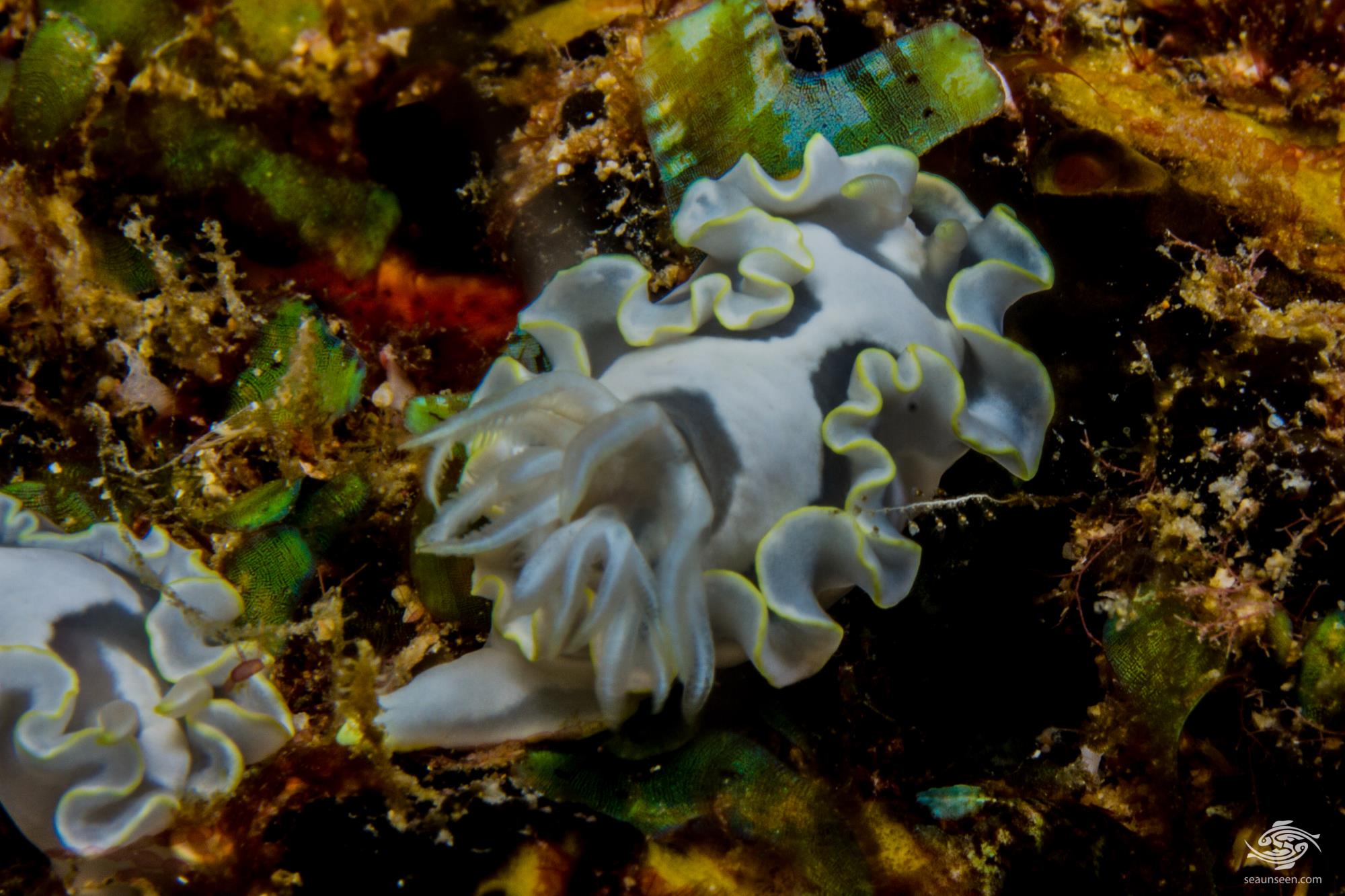 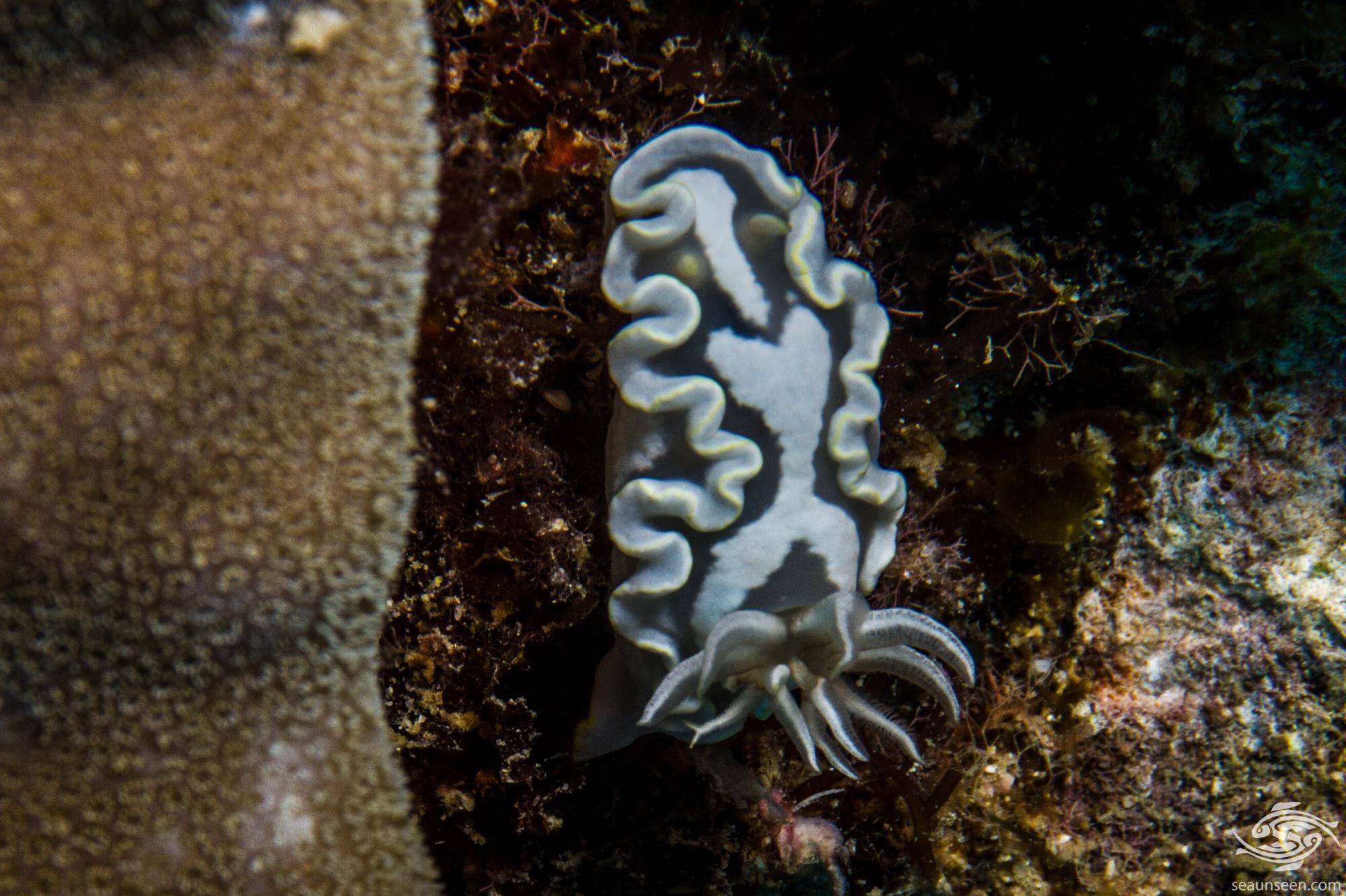