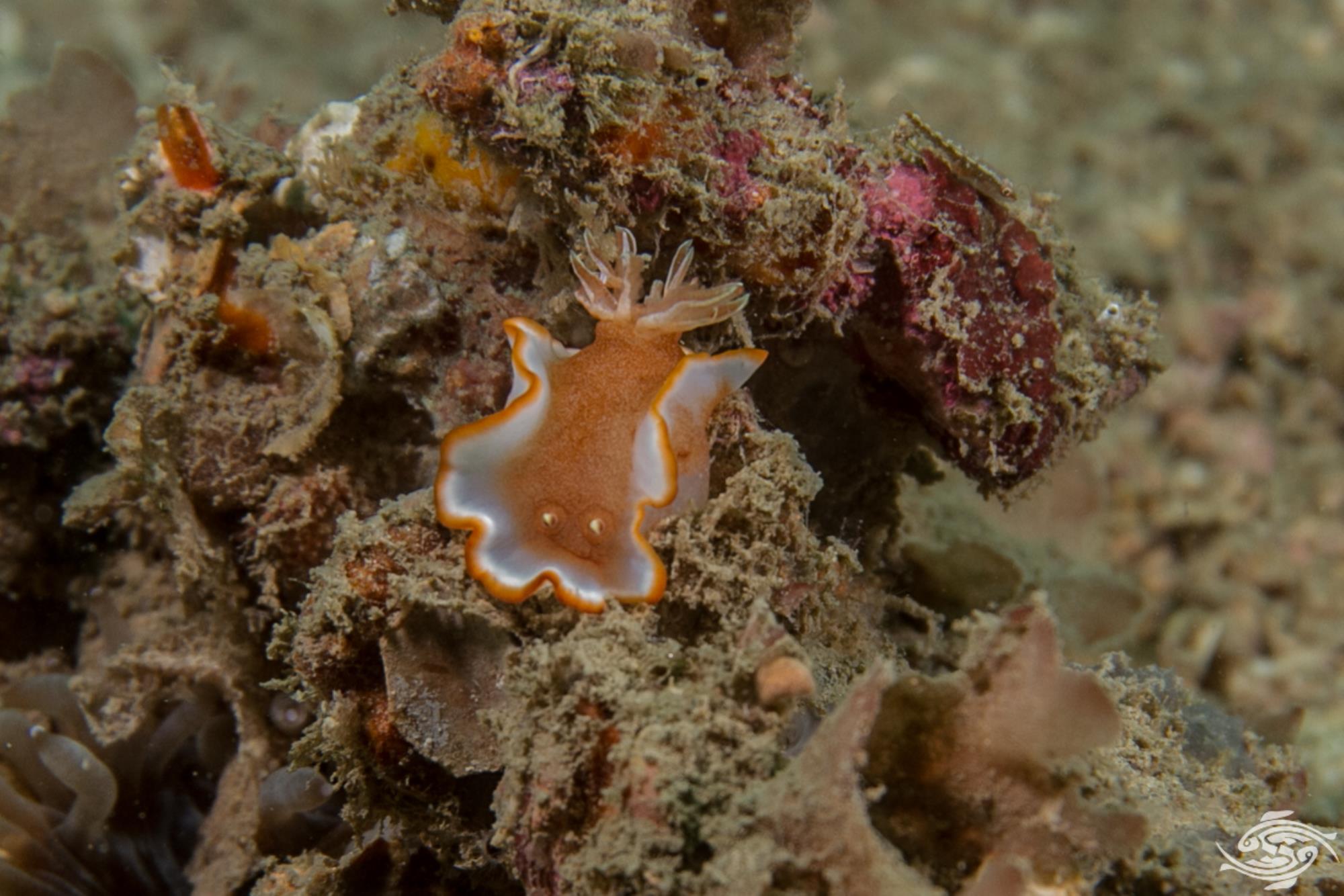 The Glossodoris rufomarginata is a species of colourful sea slug. They are dorid nudibranchs, marine gastropod mollusks. They were first described in 1890 by Bergh. 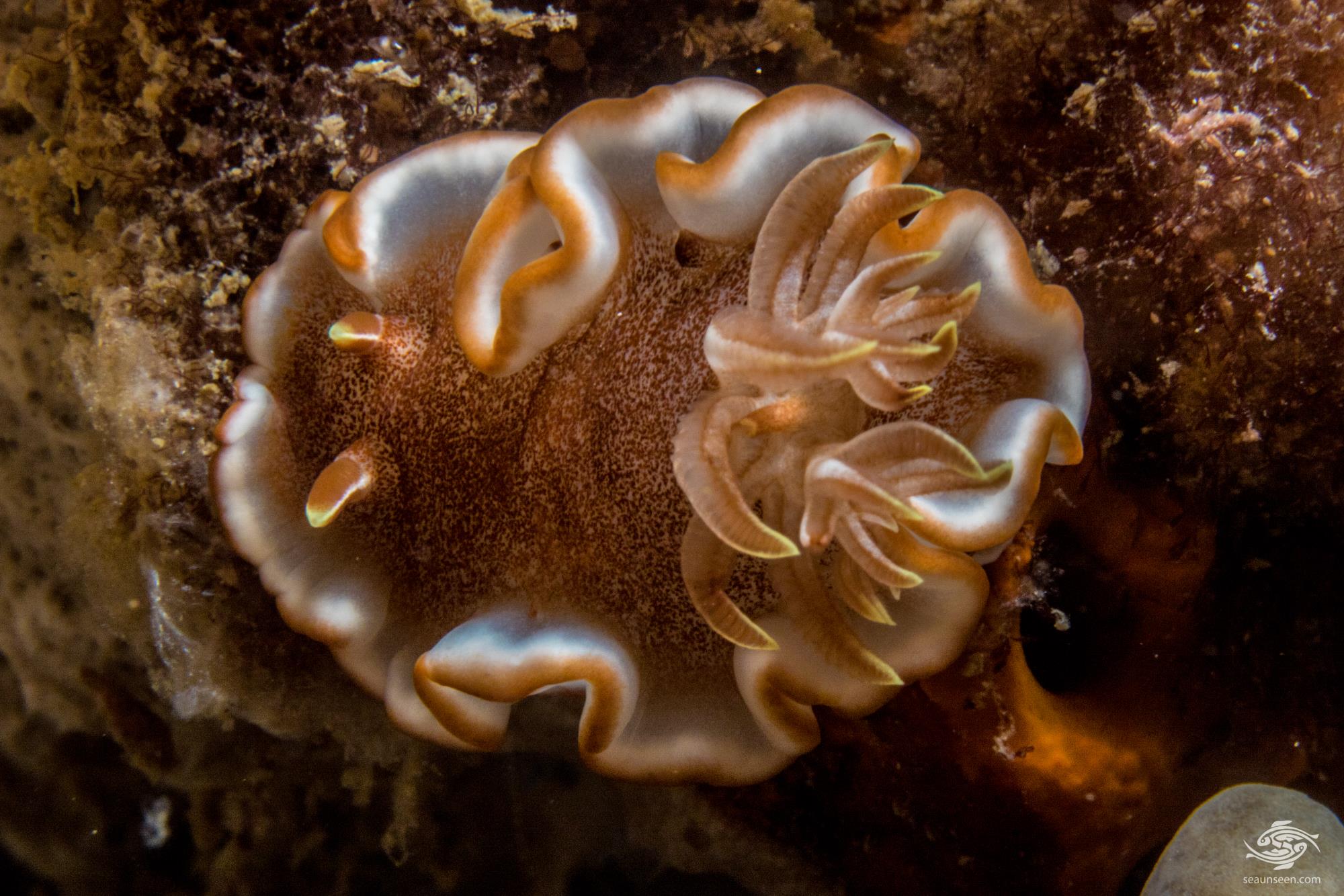 Glossodoris rufomarginata  have an elongated shape. The centre of the mantle has a large number of orange brown spots which are surrounded by a white band. The edges of the mantle have a pronounced orange line. The rhinopores are a brown orange with white tips and the gills are white with brown orange dots. Both the rhinopores and gills are retractable . The foot is white with orange spots on the sides.  This specimen was photographed on Cryptomania dive site in Mtwara in Tanzania at around 8 meters. This specimen was approximately 50 mm in length. 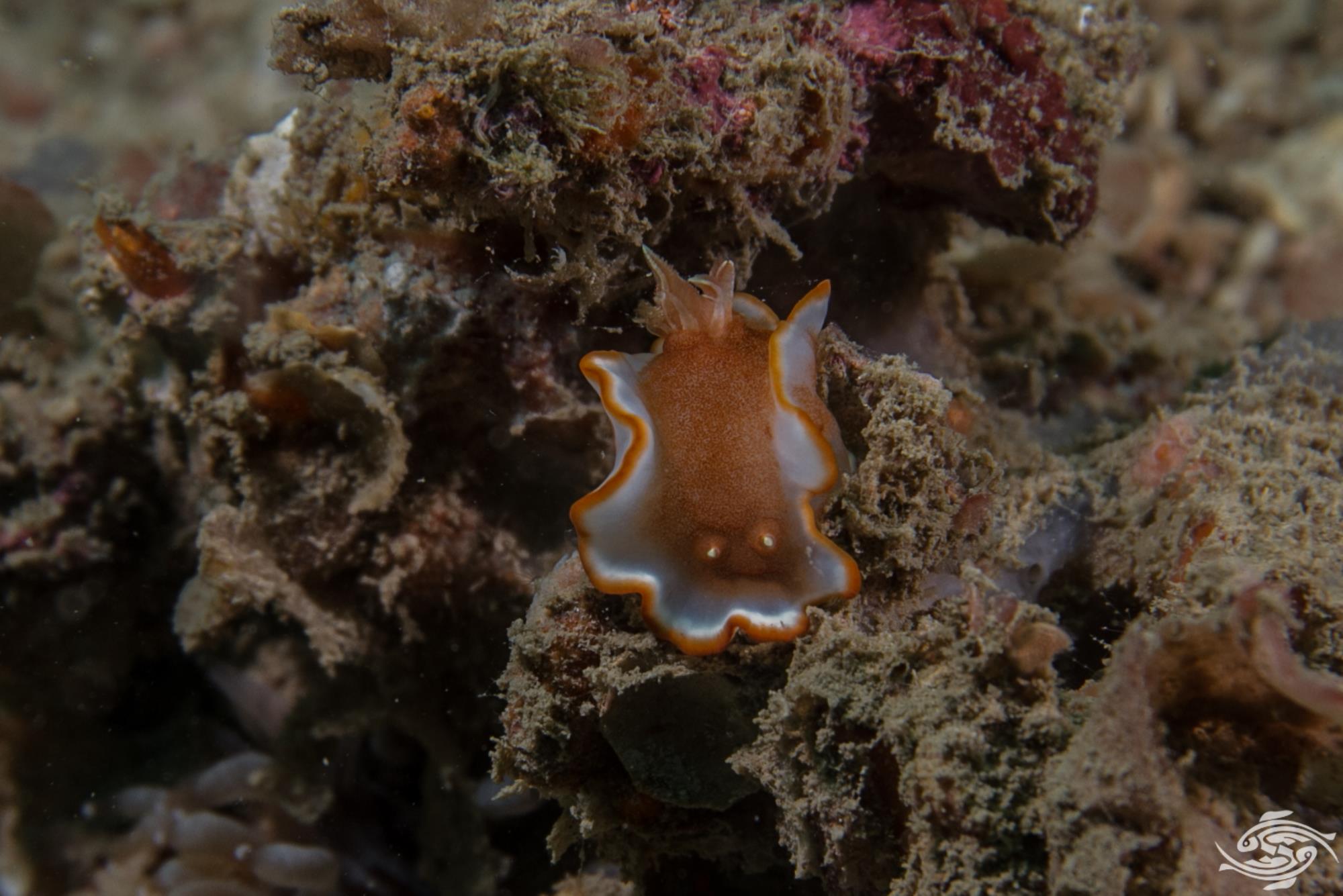 Glossodoris rufomarginata are not that common in Tanzania but are very occasionally seen. They have  the ability to secrete toxic substances which provides protection against predators. Being fairly slow moving they are easy to observe while diving. They seem to sense a diver and usually head for cover, probably not appreciating having lights shone on them. 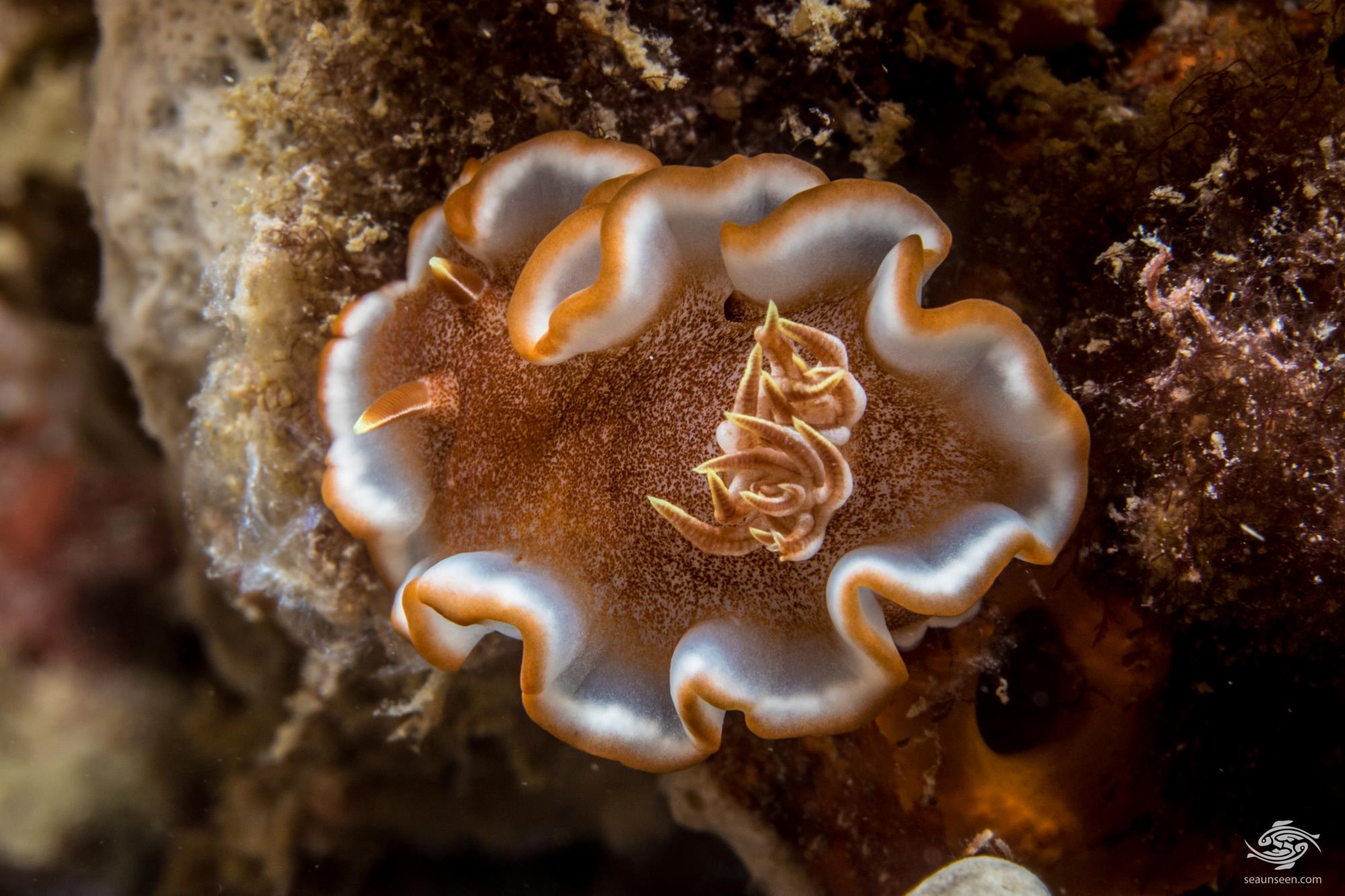 The Glossodoris rufomarginata is found across the Indo west Pacific area . They are found on rocky and coral reefs to a depth of 30 meters. 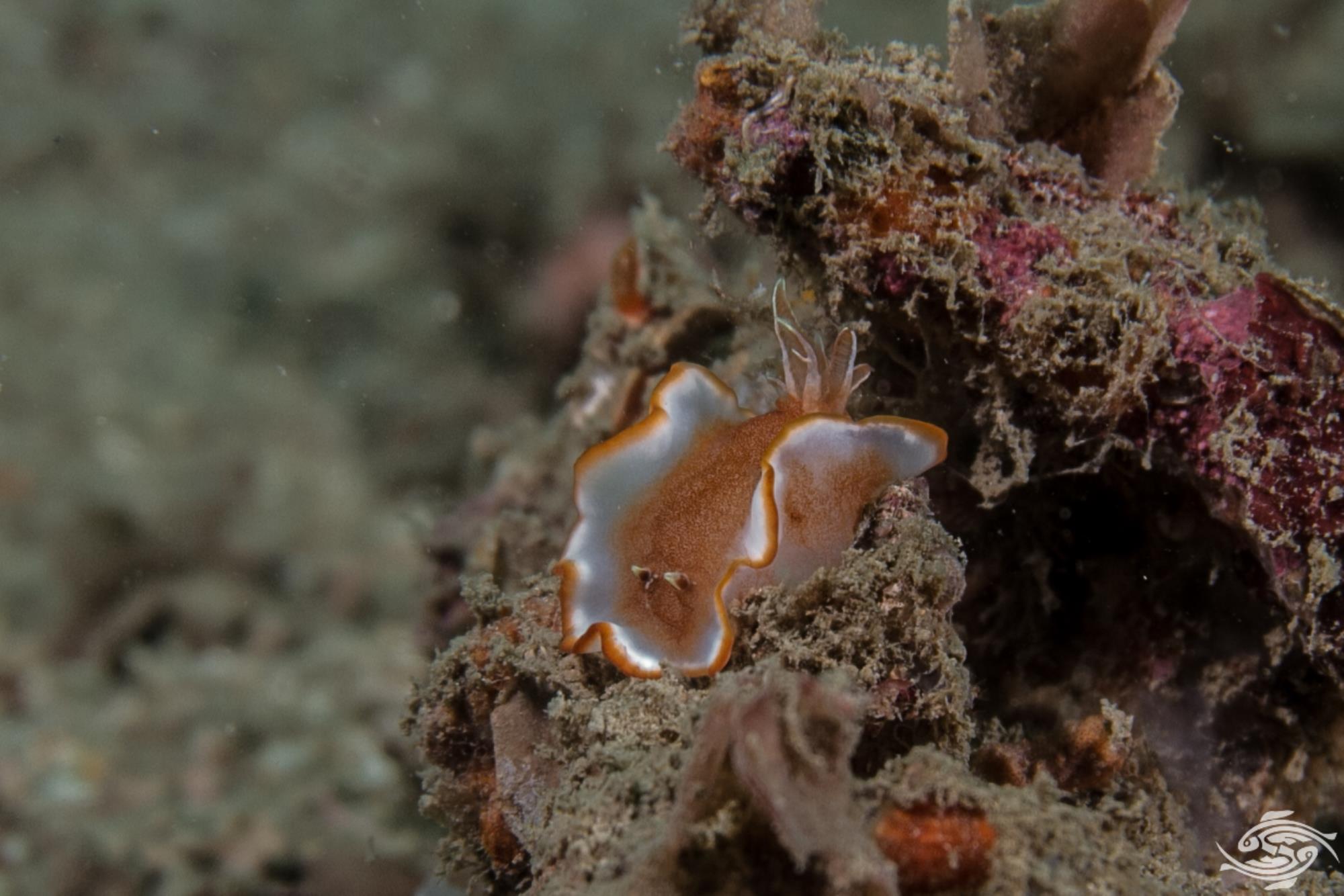 Glossodoris rufomarginata is thought to feed on some species of sponge. 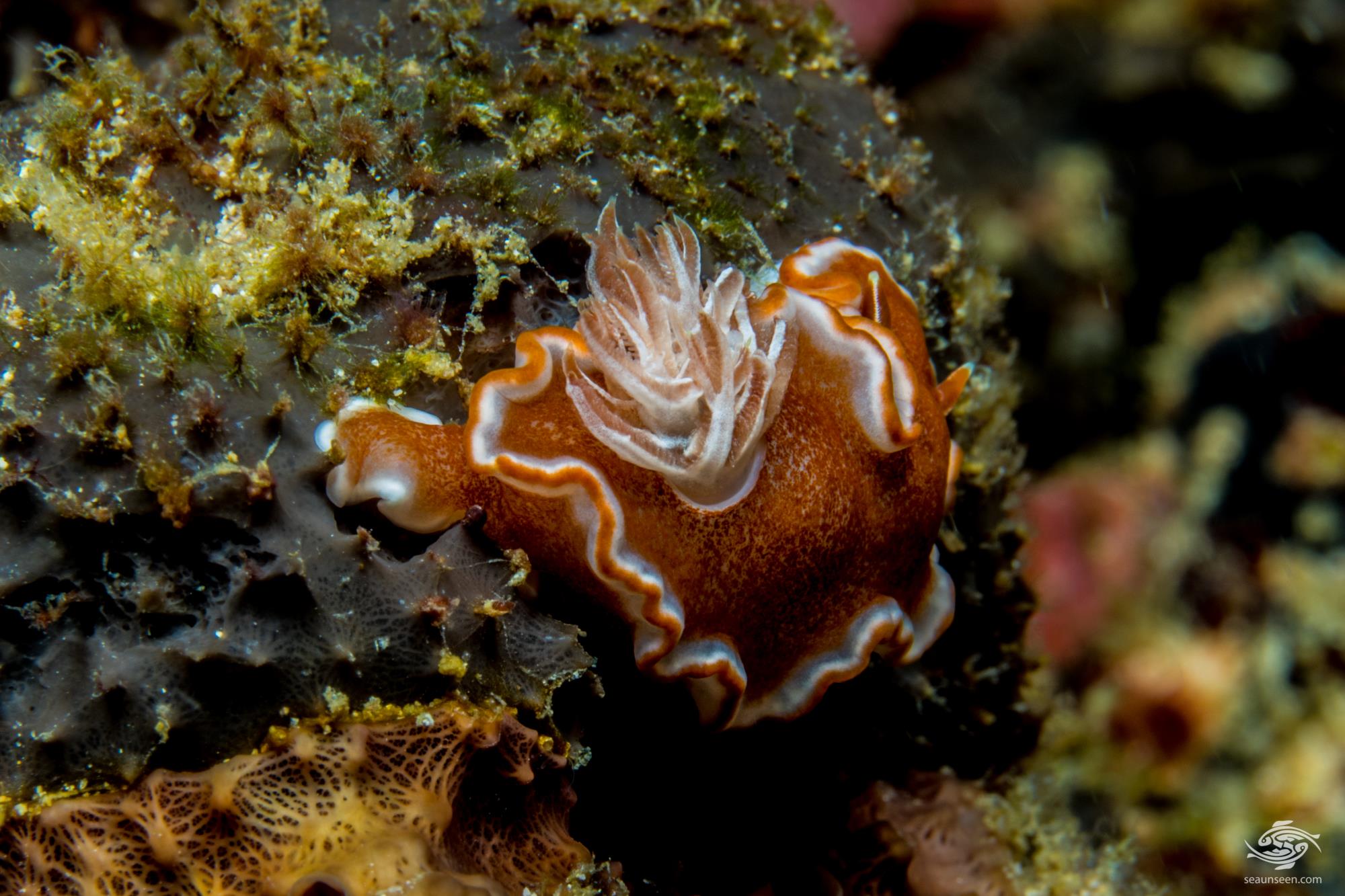 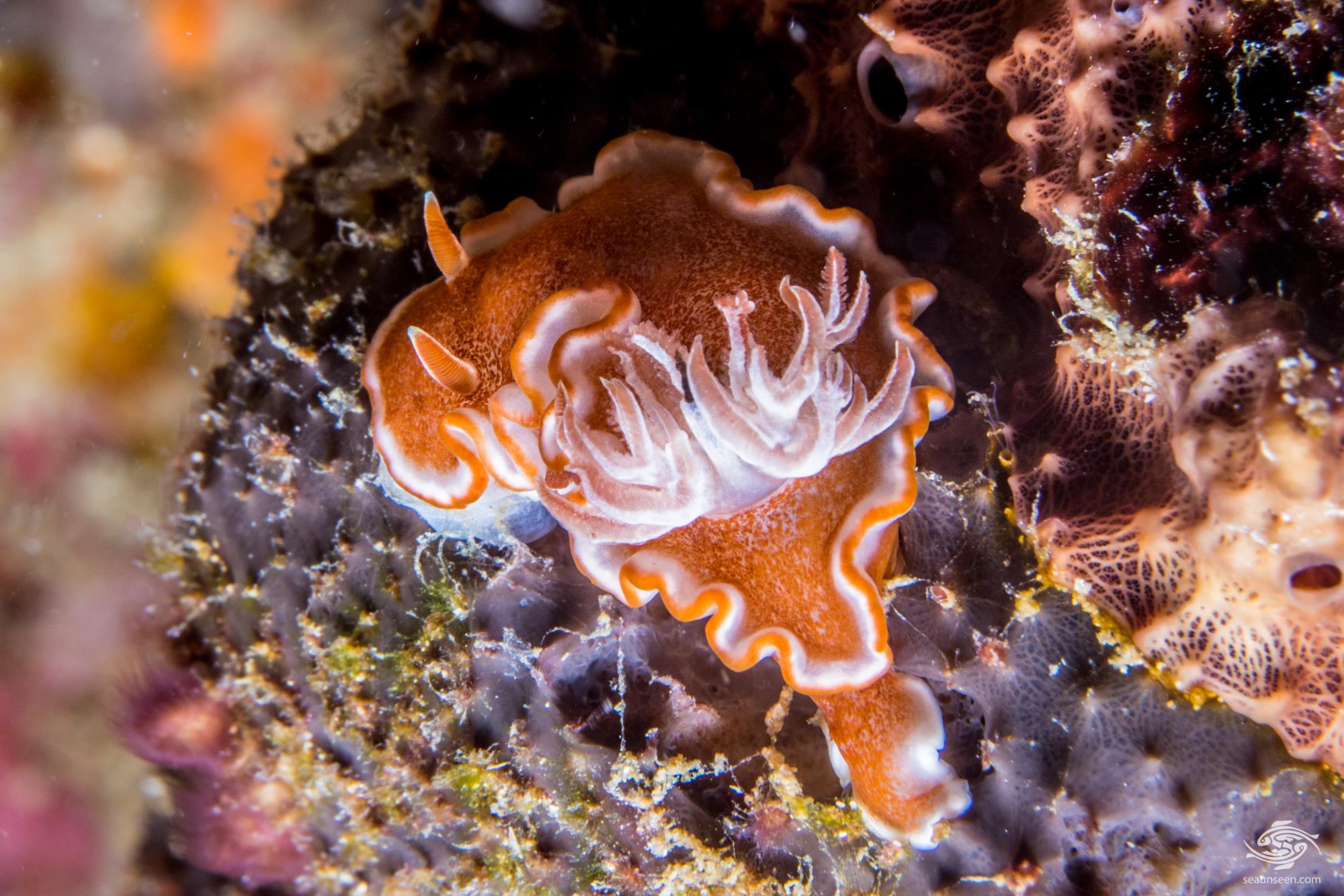 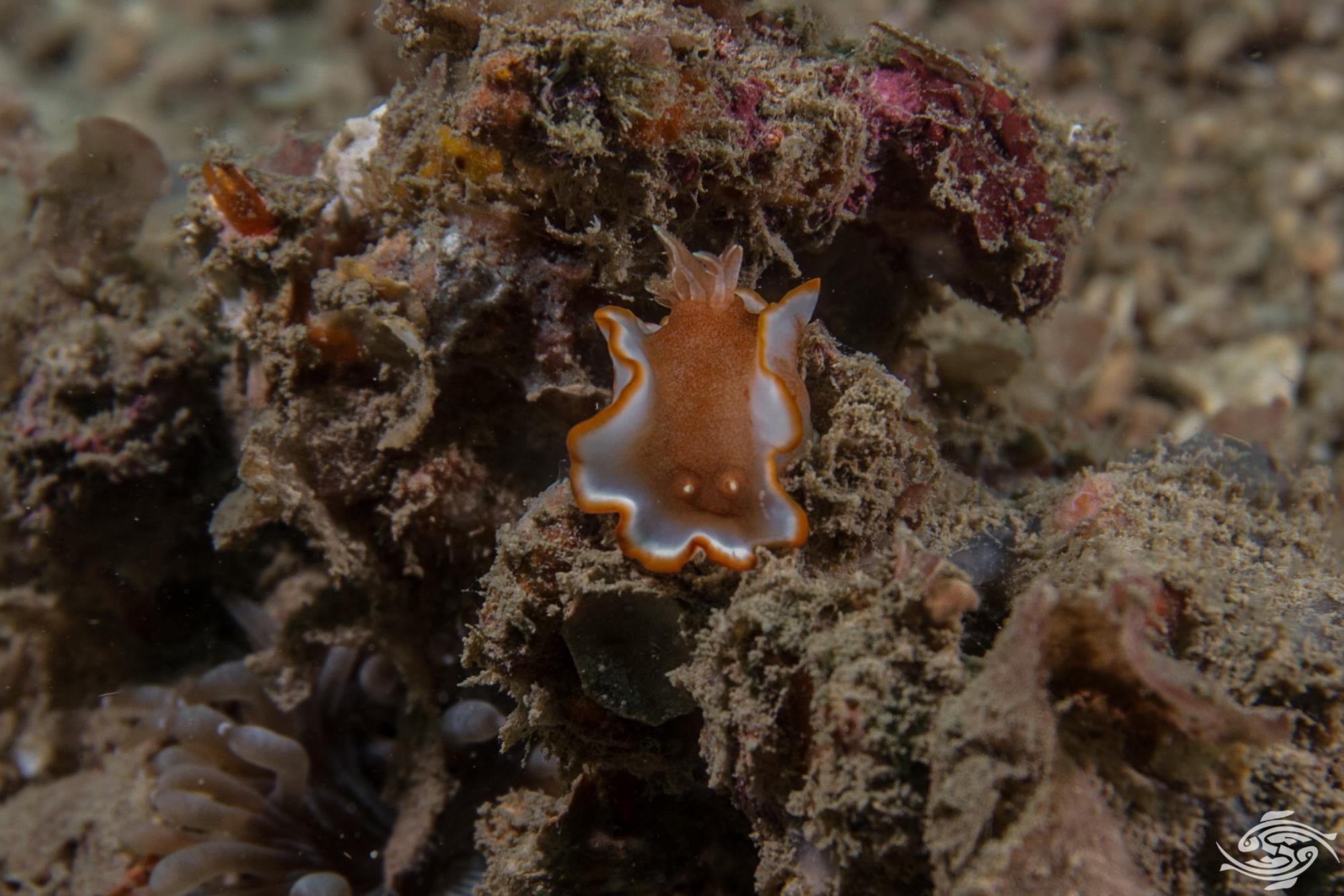