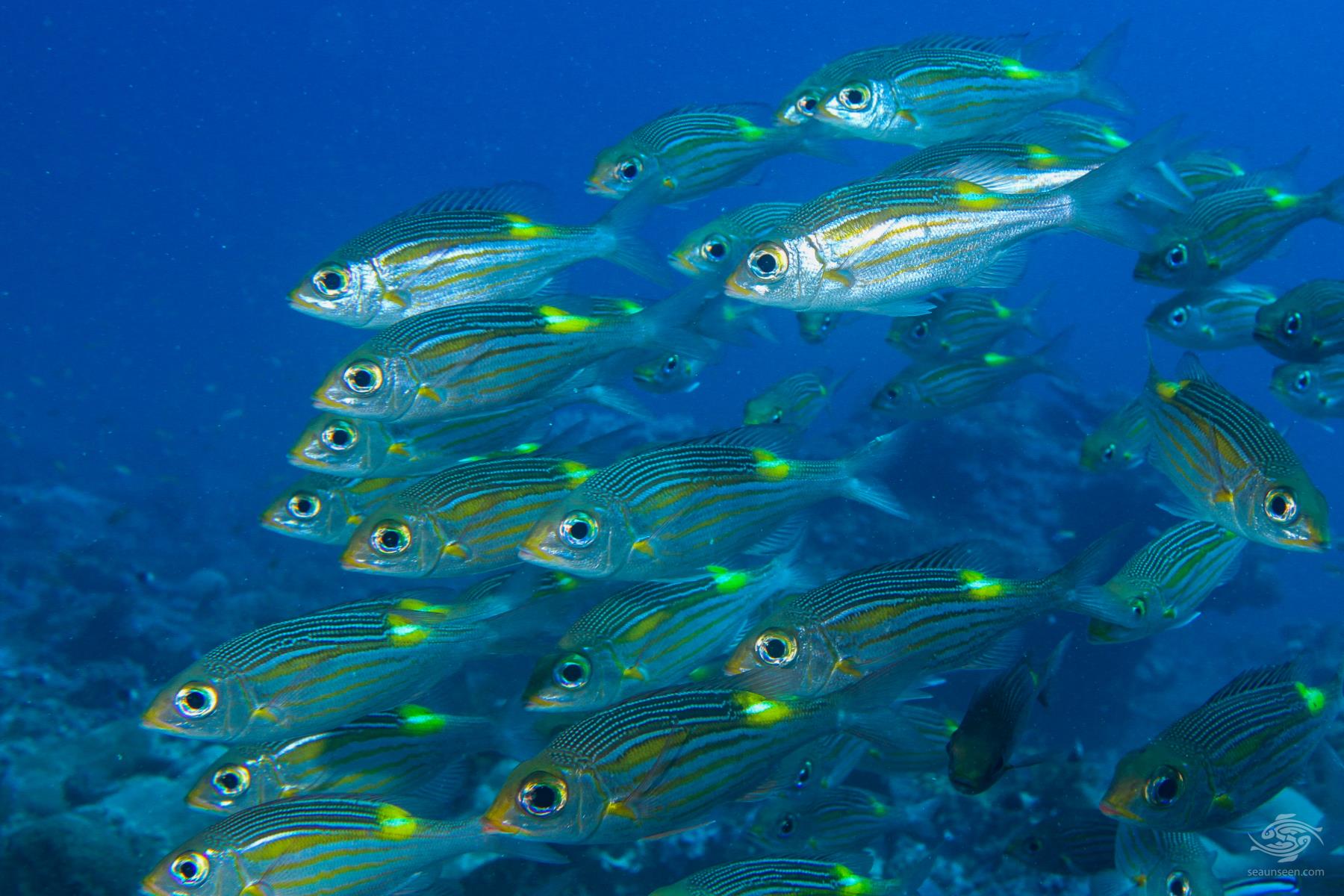 The Glowfish Gnathodentex aureolineatus is also known as the  goldspot seabream or striped large eye bream. Glowfish are a species of Emperor fish and get their name from the conspicuous yellow blotch just behind the dorsal fin. It is the only known member of its genus.

Glowfish seem to be able to vary their color. When over lighter colored areas they are mostly silver with horizontal yellow stripes on the sides. They can however darken to a reddish brown with silver spots on each scale. They have a thin yellow moustache over the top lip with a line partially up the middle of the nose.

The yellow blotch behind the dorsal fin almost seems to glow and possibly has reflective capabilities, so brightly does it shine. They grow up to 30 cm but 20 cm is more common. In proportion to their size the eye is quite large as is to be expected with a nocturnal feeder. 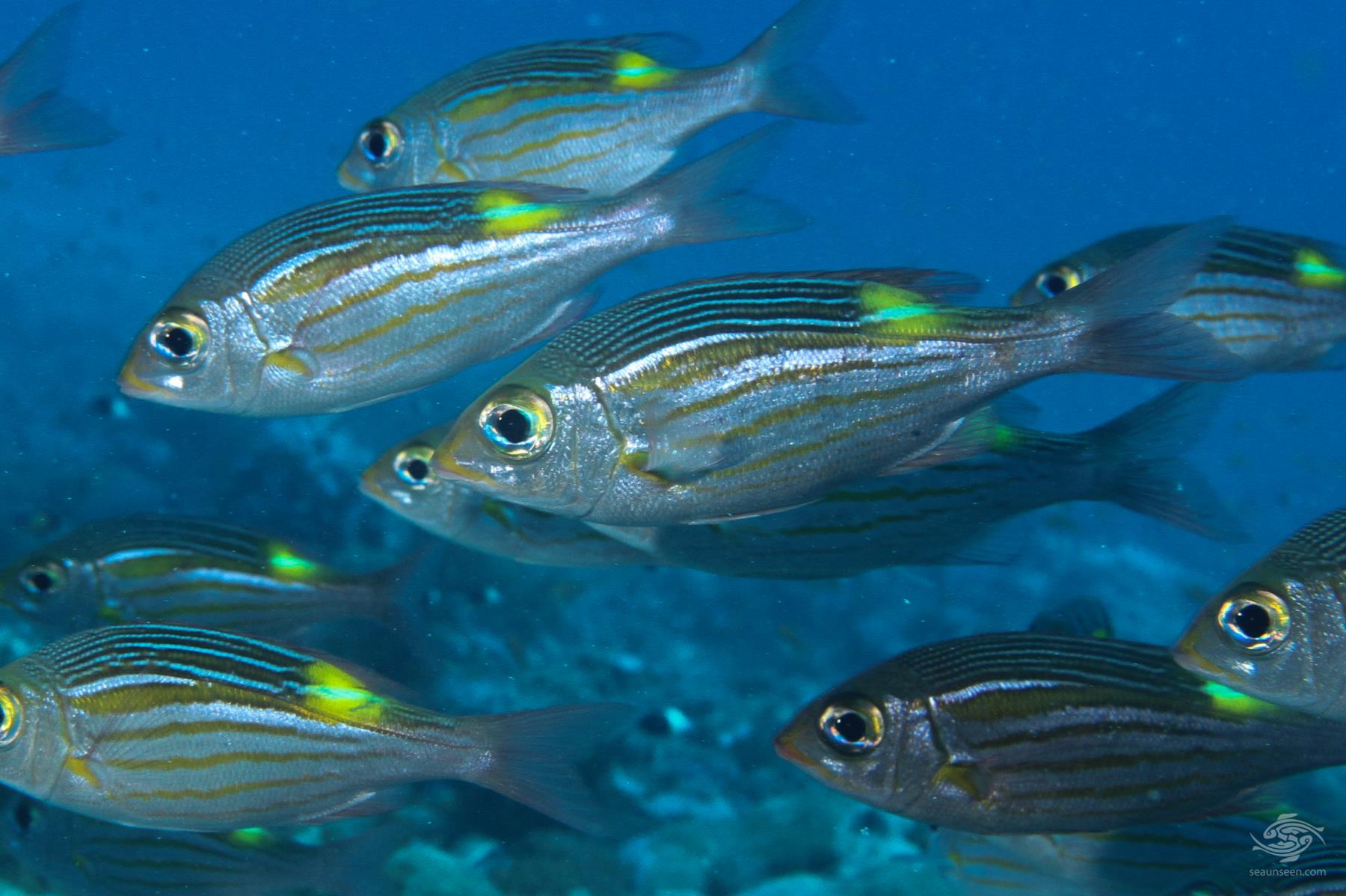 They can be very curious of divers and will approach and mill around in front of one before moving off in an unhurried fashion.

Glowfish are found across the Indo-Pacific area from Somalia to South Africa across to the Pacific islands excluding Hawaii.

They are usually found on coral reefs at depths of 3 to 100 meters and are often seen over the reef in shoals of around a hundred fish during the day. They can also be seen solitary or in small groups hiding in caves or under ledges. During the night they split up to feed. 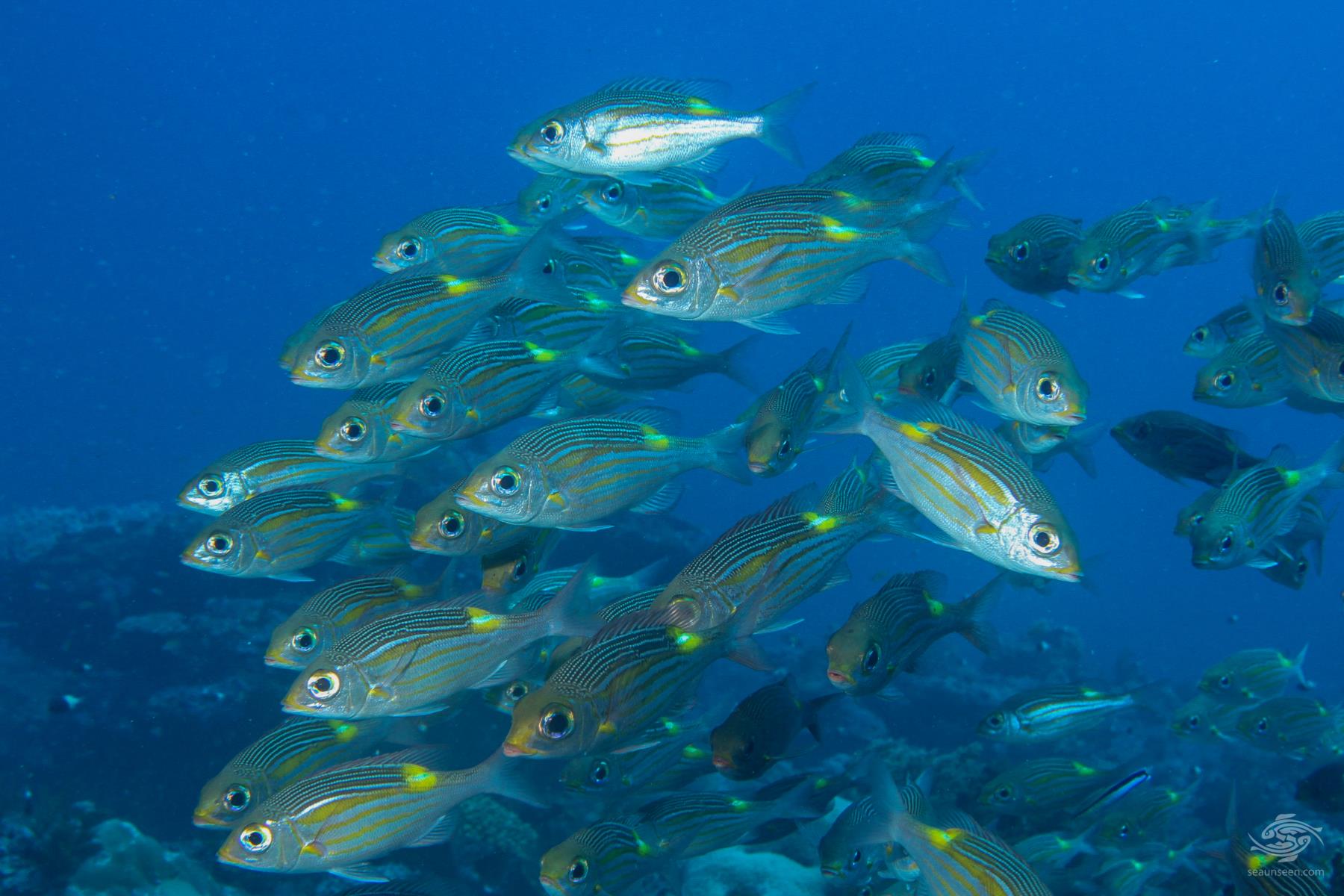 Nothing is known about Glowfish breeding habits. 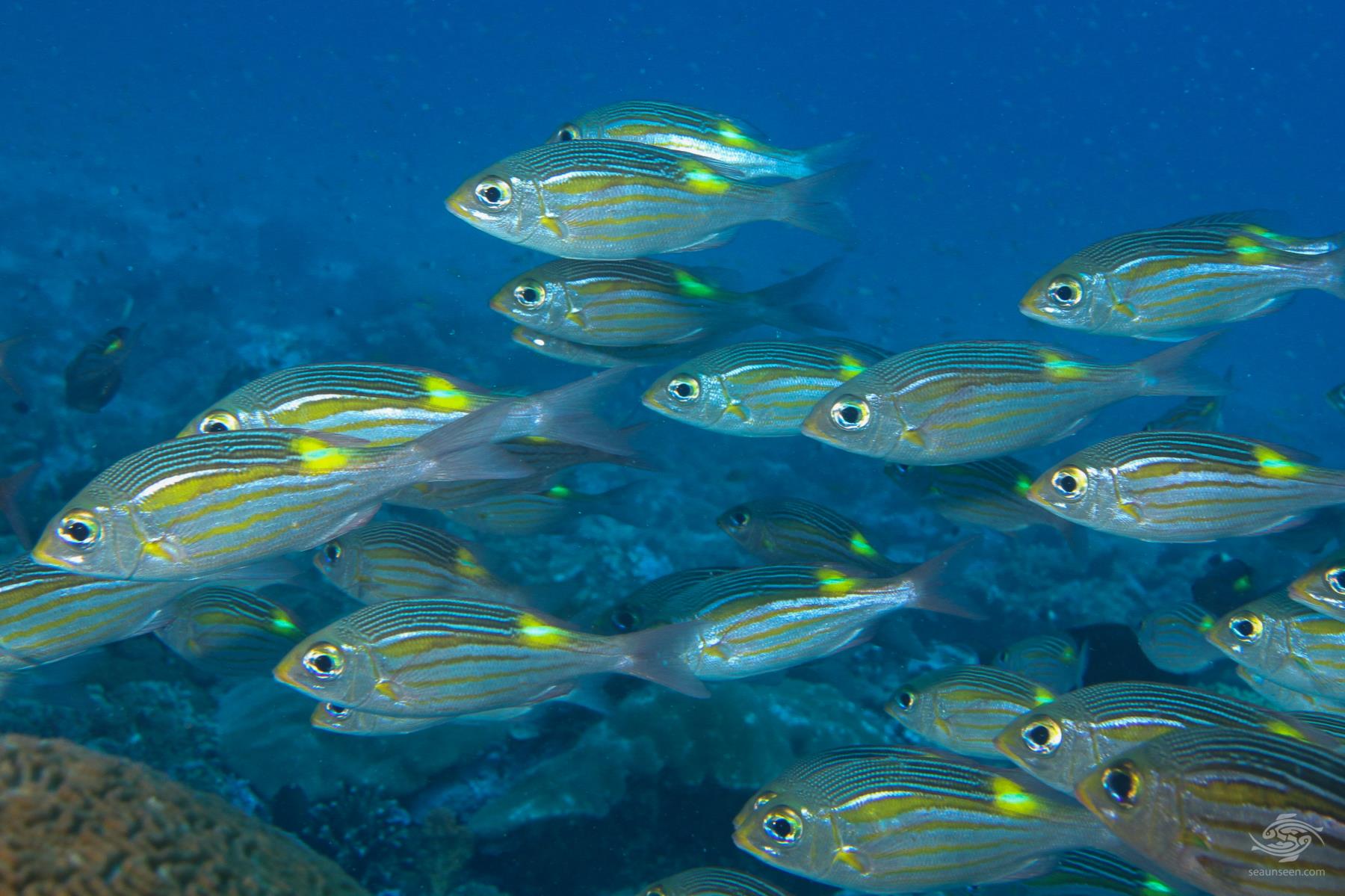 Glowfish are edible but do not seem to be commercially exploited to any degree. 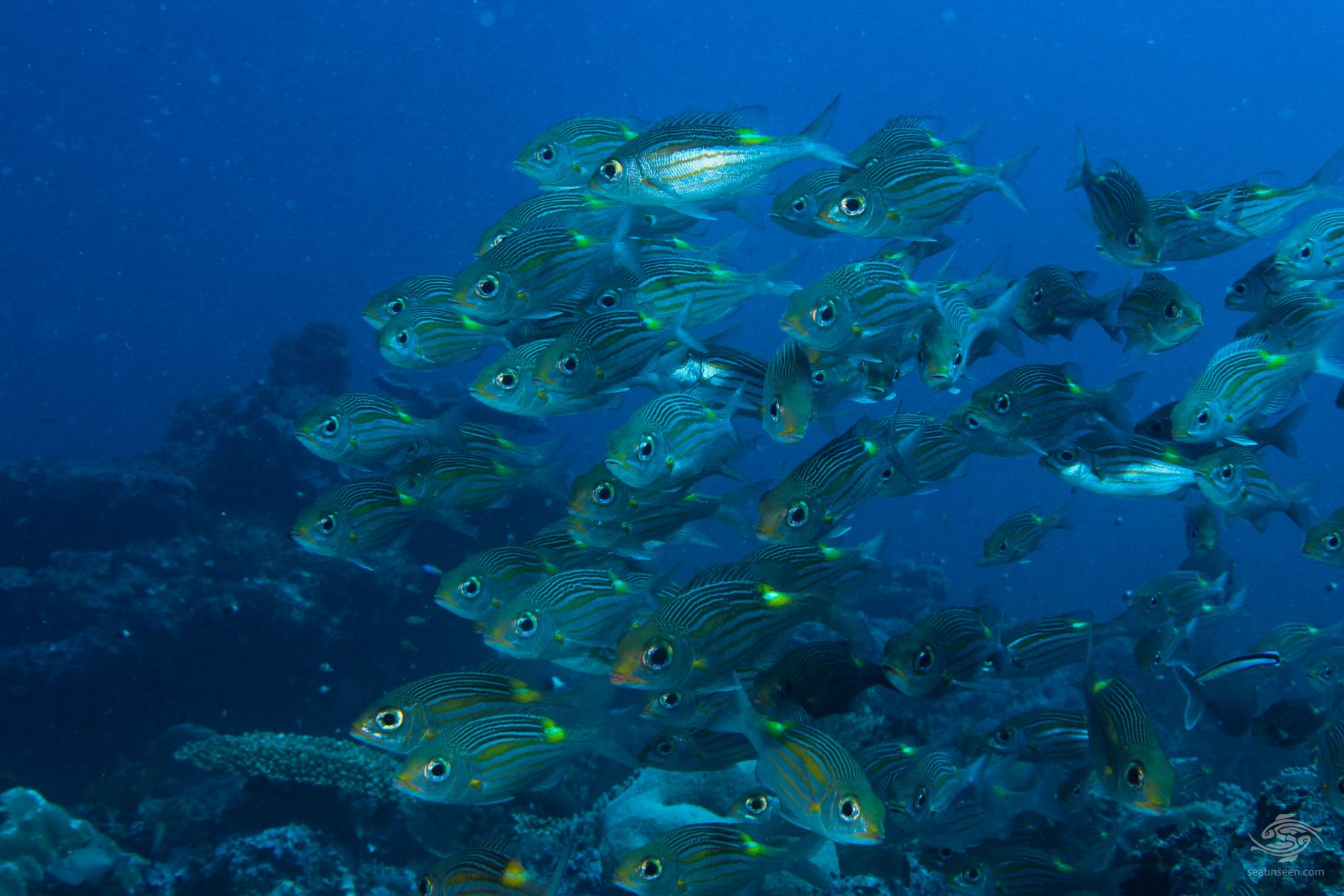