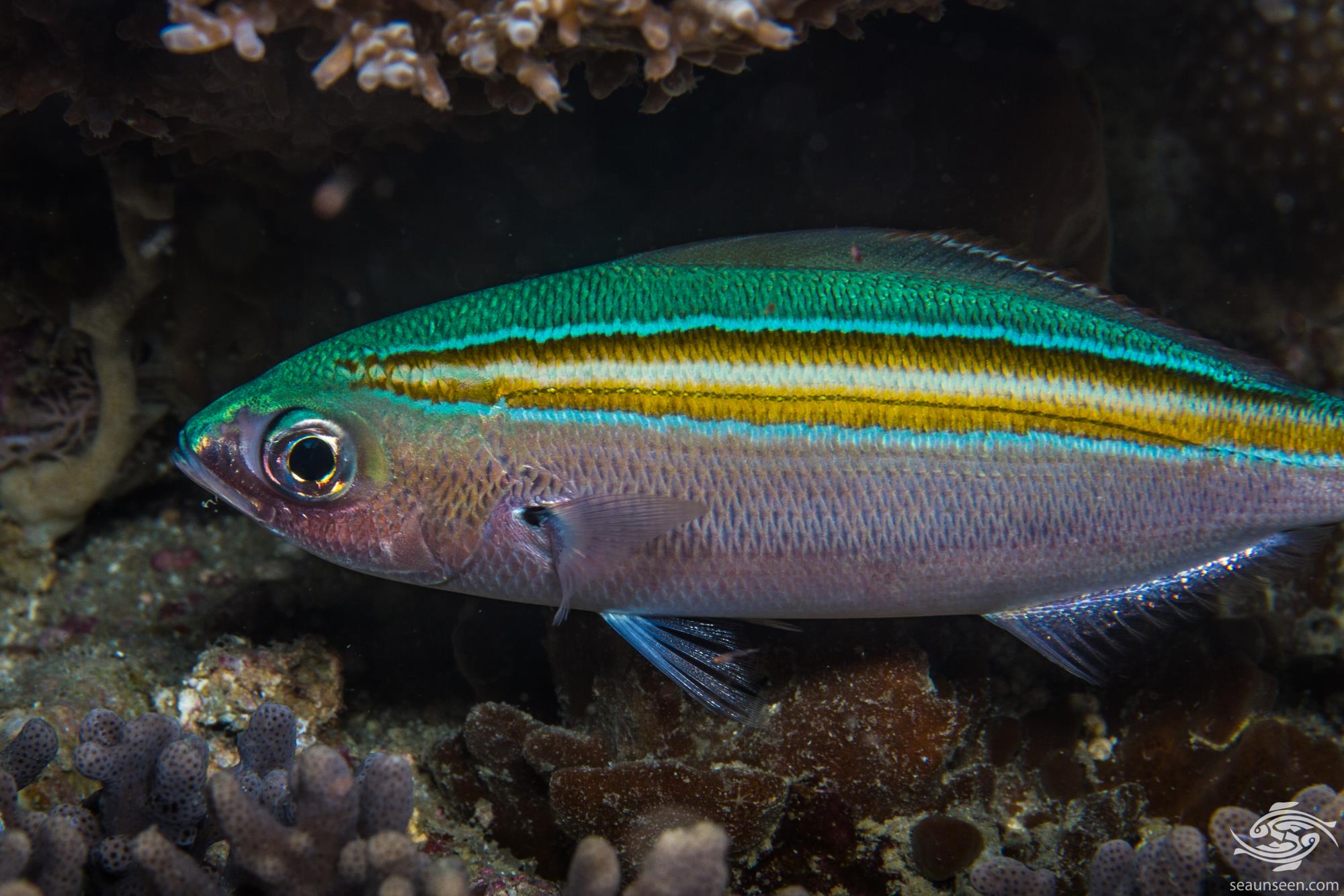 The Gold Sash Fusilier (Caesio xanthalytos) is also known as the Yellow Sash Fusilier. The species was only described in 2013. They are fairly common on the East African coast and often swim with other species of Fusiliers.

The Gold Sash Fusilier has a typical Fusilier body shape. The body is torpedo shaped and cylindrical with a deeply forked caudal fin. The lower body is a silver colour and the upper body is an iridescent light blue bisected by a thick yellow line that is brownish on the edges .  The darker colored lateral line is  visible on the yellow.  The caudal fin has a yellow streak on each ray. They grow up to 22 cm in length.

As can be seen in the image below, at night the yellow line goes more of a brown colour with just a thin yellow stripe and the lower body is red. 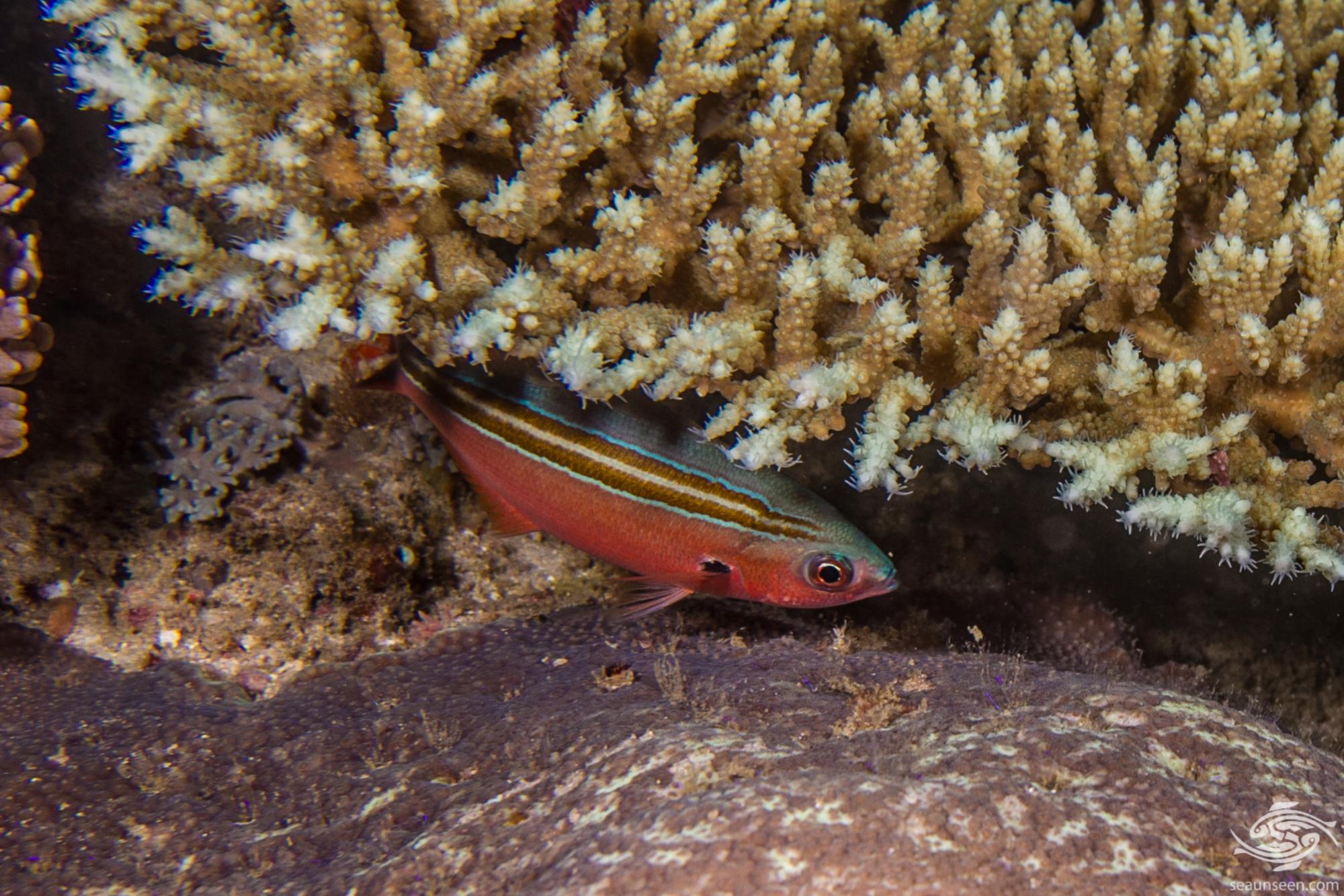 GOLD SASH FUSILIER IN THE WILD

The Gold Sash Fusilier shoal over and around the reef during the day usually with other species of Fusiliers. They are active fish and move at a relatively high speed searching for planktonic prey. Sometimes they detect a release of a food source on the reef and the entire shoal  descends on the spot milling around feeding. They then disappear as suddenly as they appeared. They are curious fish and will often circle divers a few times before swimming off. 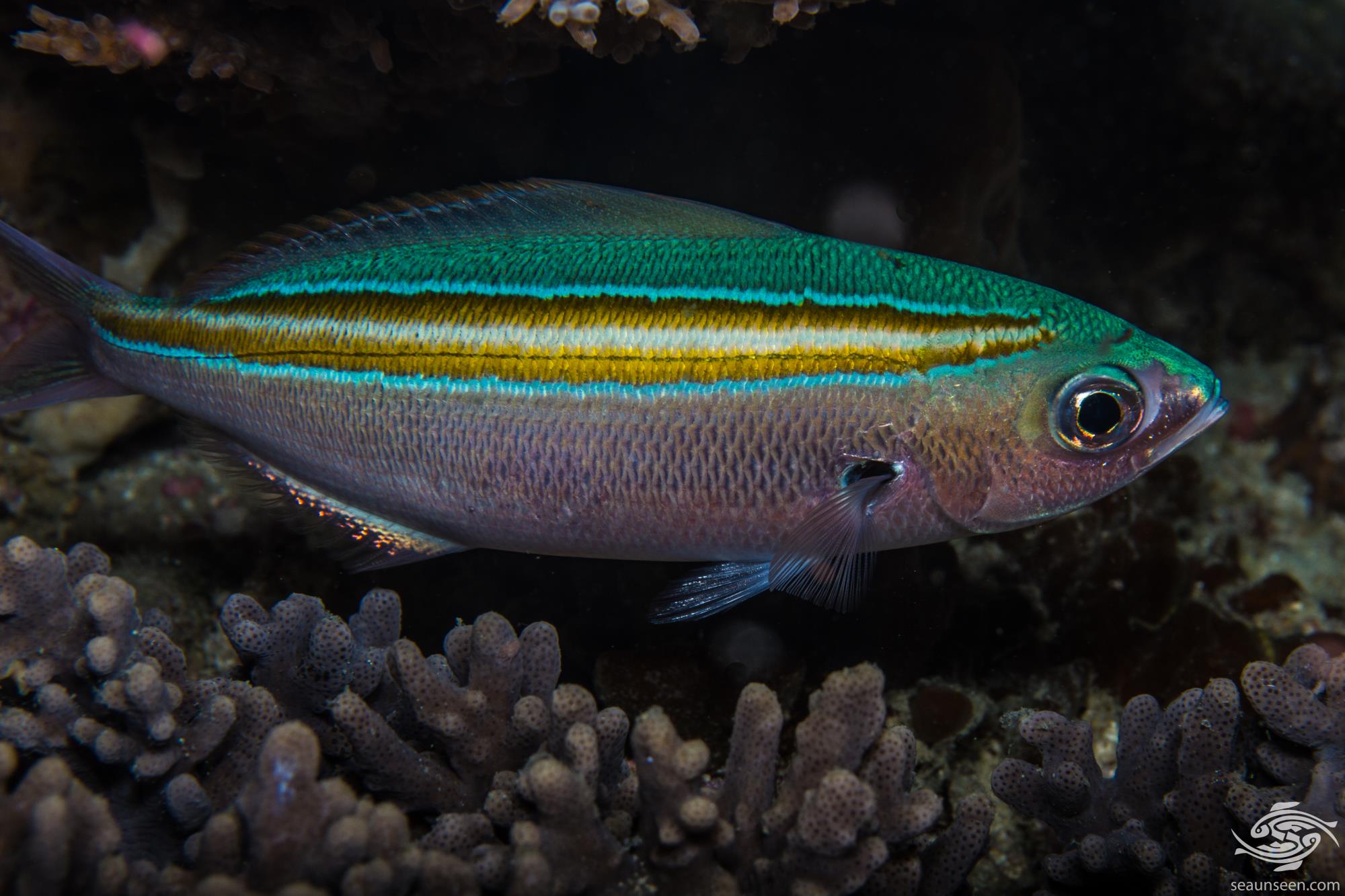 The Gold Sash Fusilier has a small known distribution from Kenya to northern Kwa-Zulu Natal, including southern Madagascar. They seem to favor  depths of 12 to 35 meters but are found from 4 to 60 meters. They are often seen in high current areas on the edge of drop offs or on the reef table above the drop off. 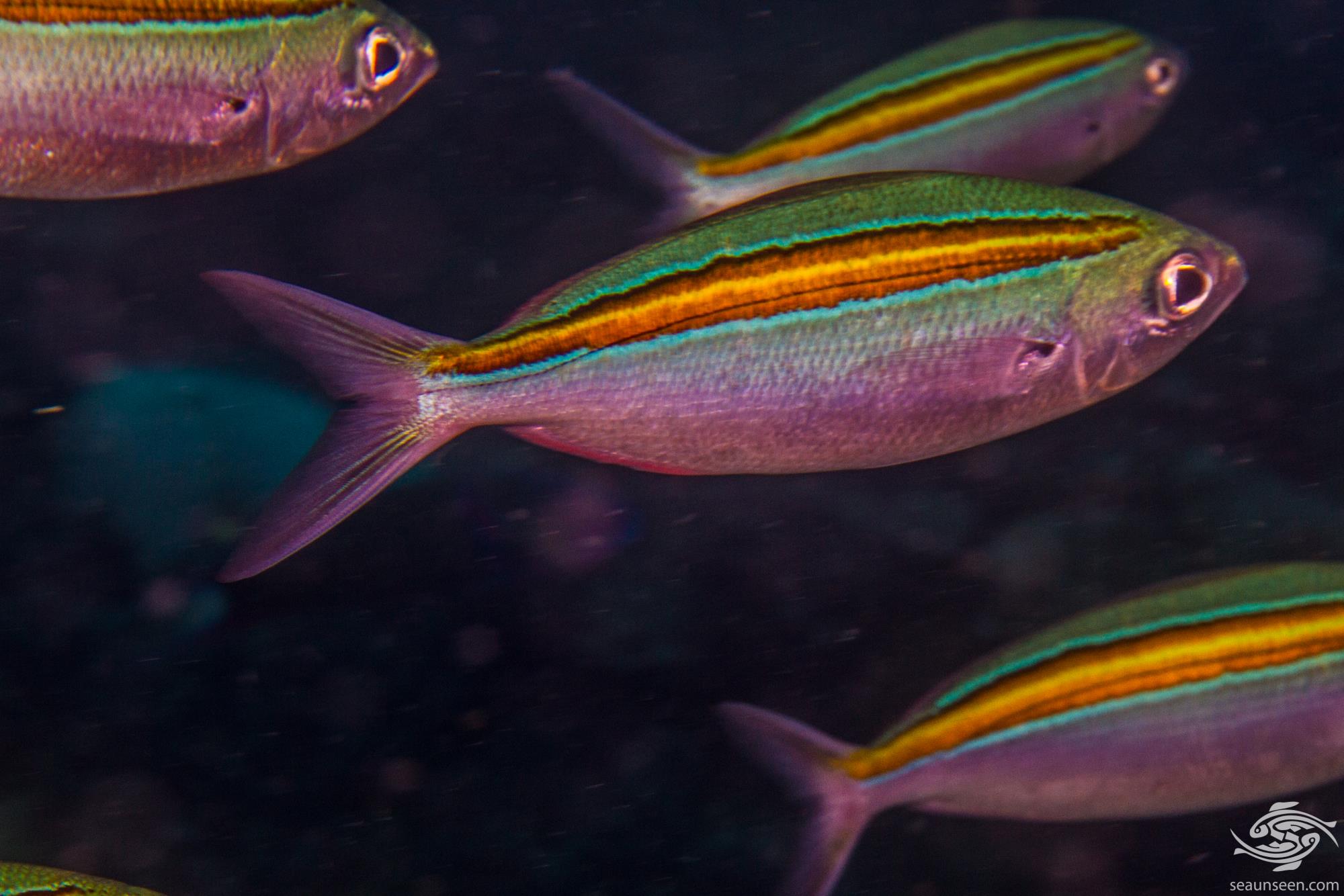 The Gold Sash Fusilier feed  exclusively on planktonic matter and their upper jaw is able to protrude outwards making it easier for them to snatch prey out the water table. 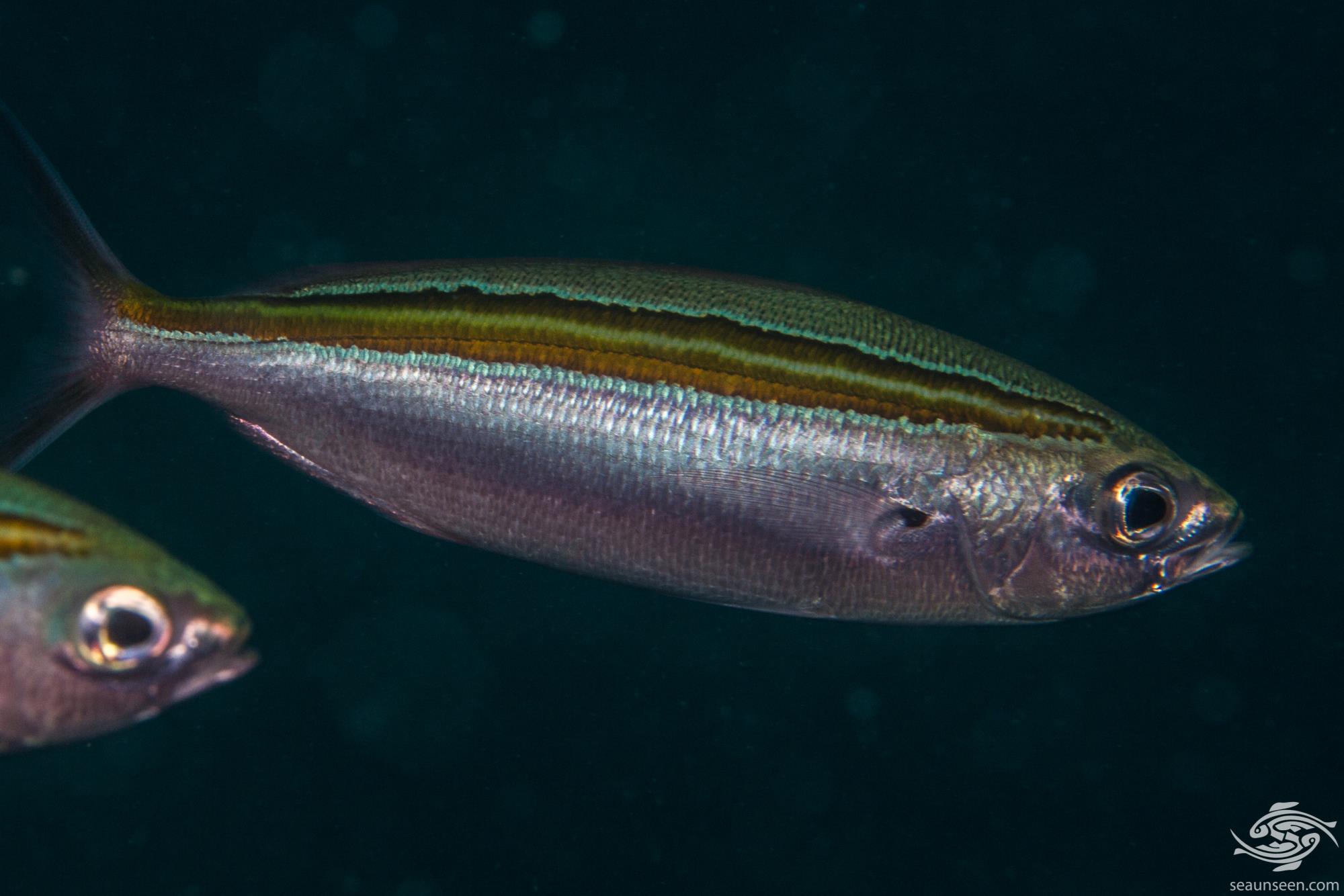 The Gold Sash Fusilier is a known to be a prolific spawner from research done in South Africa. Spawning takes place just before or during dusk on slack tides. 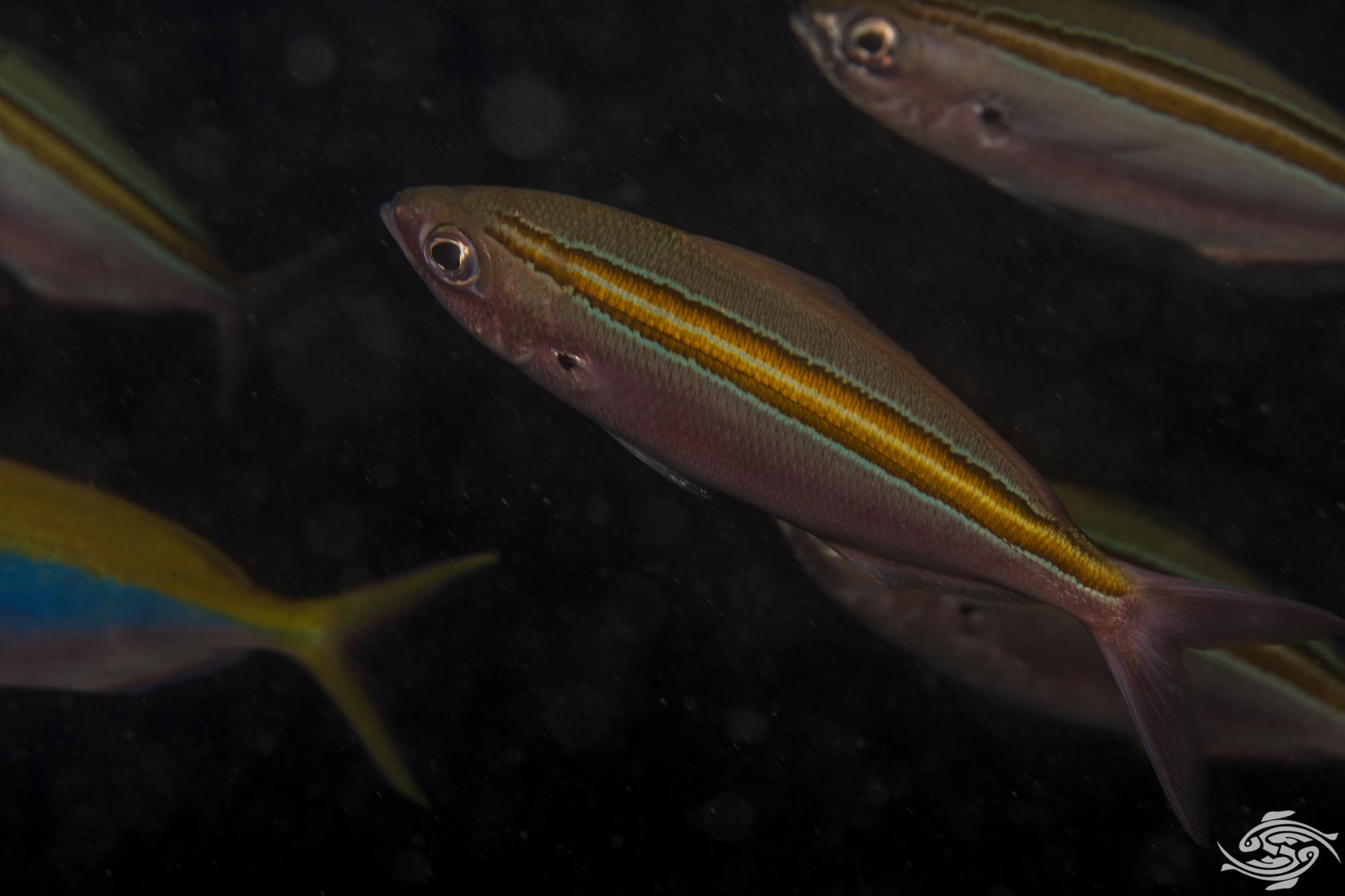 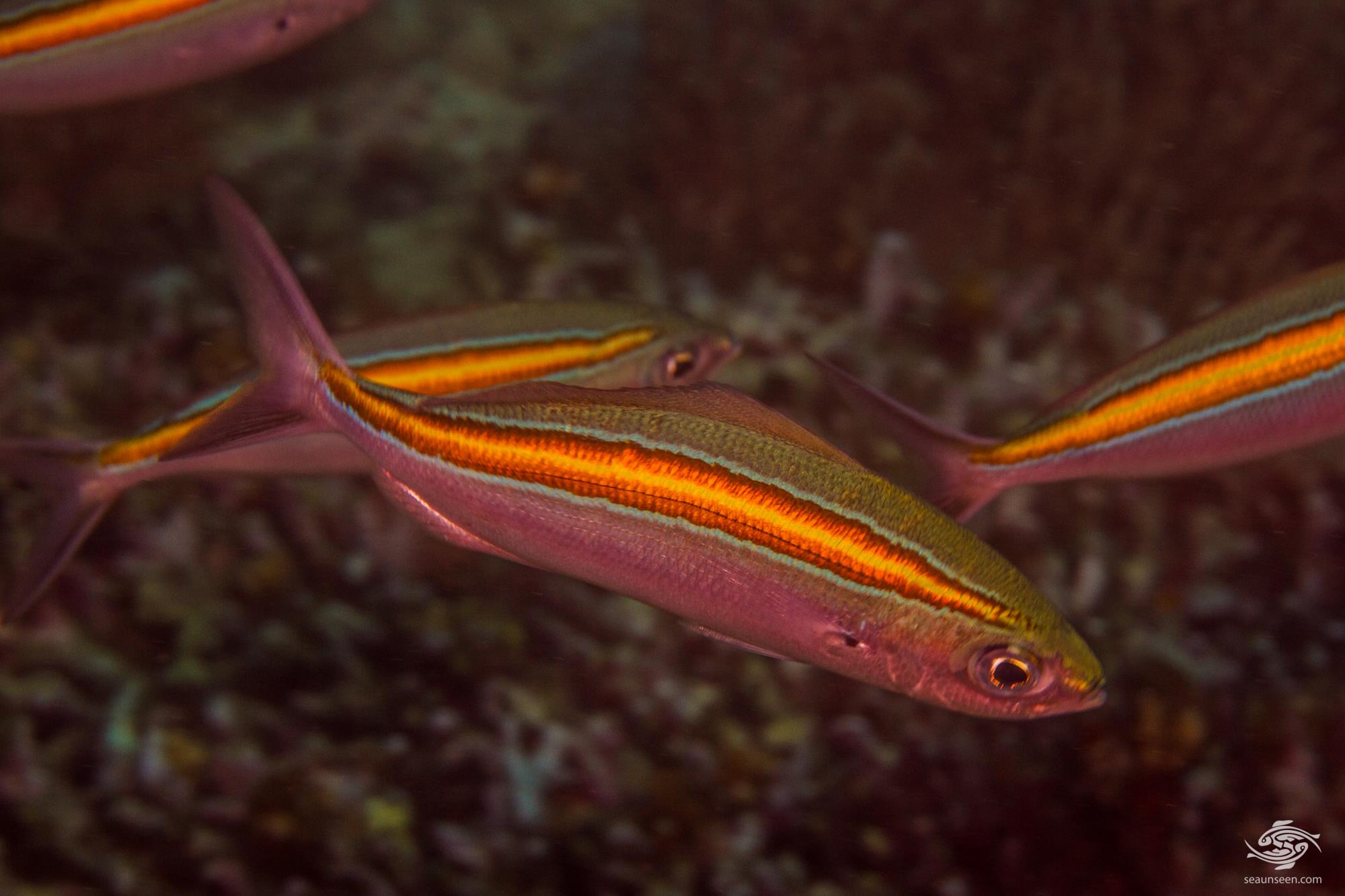