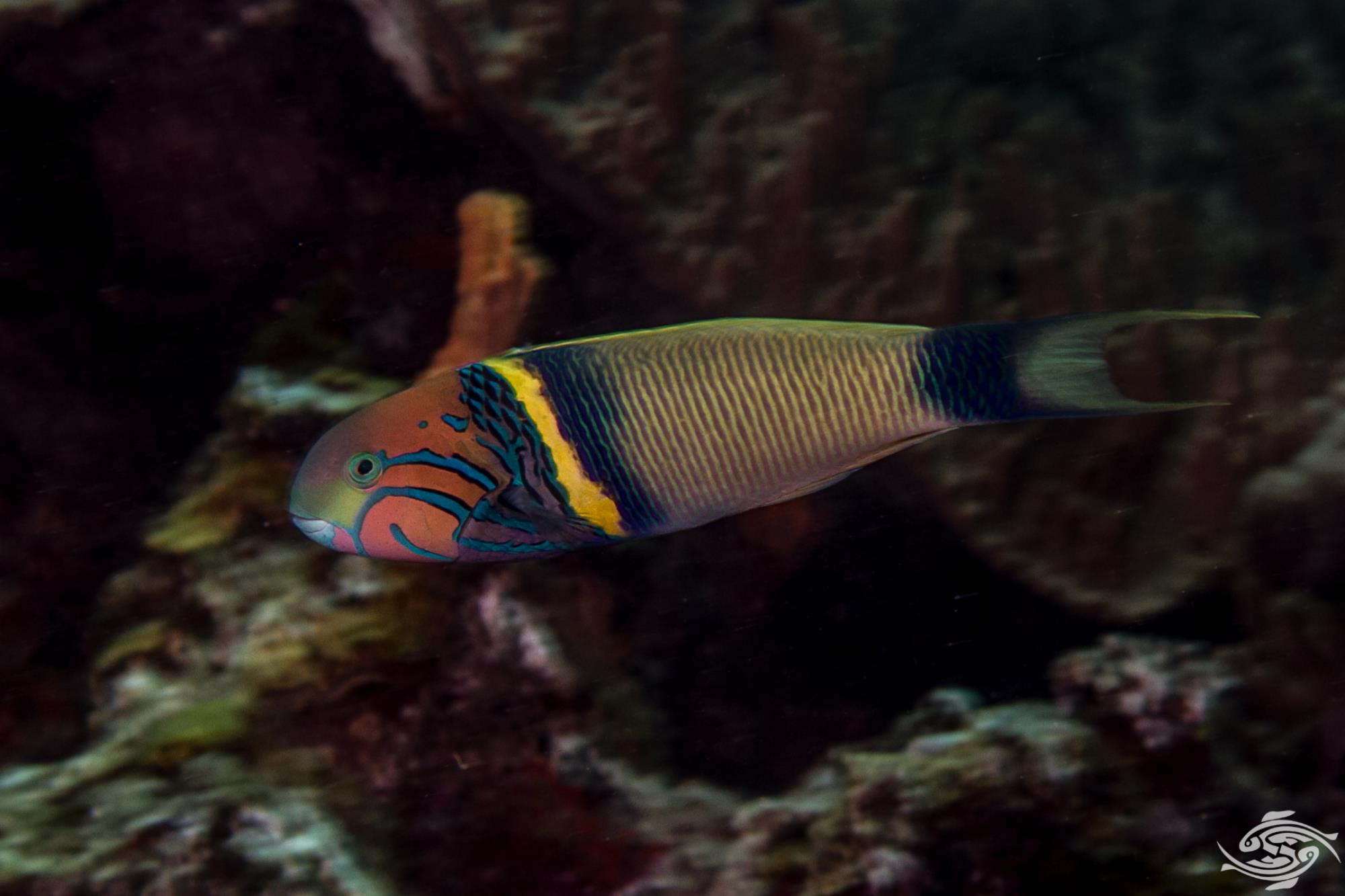 The Goldbar Wrasse (Thalassoma hebracium) is one of the most common wrasses on the Tanzanian coast. They are extremely active fish and cruise the reef at high speed. 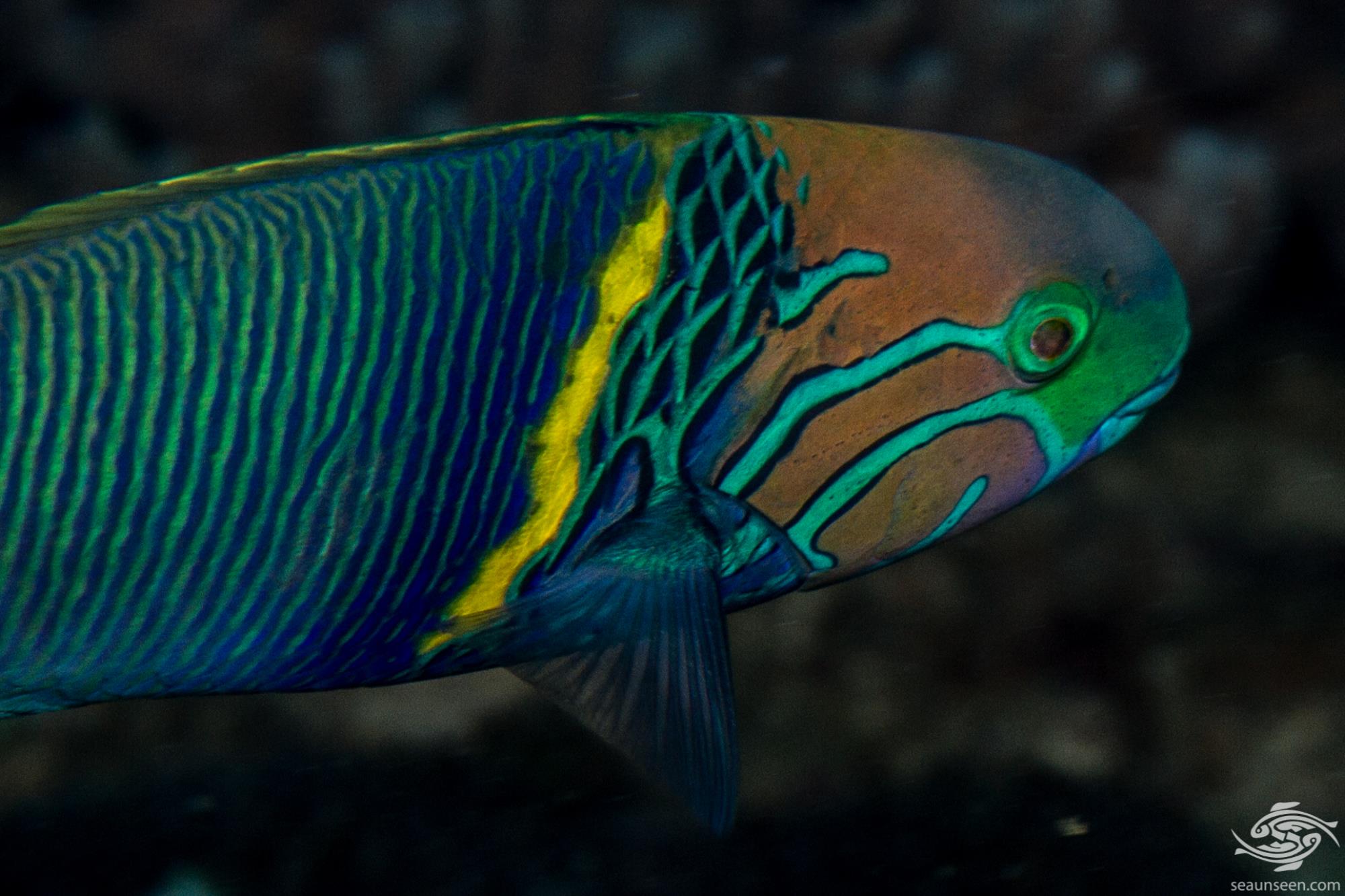 As with many wrasses the colouration changes from the adults to the juveniles. In Tanzanian waters the  juveniles have a orange brown head tipped with green and the body has vertical dark green and light green stripes. In some specimens the light green is a dull brown color.There are blue green stripes behind and below the eye. As they mature so a gold bar begins developing. Once the gold bar has fully developed so the head becomes more rounded. The area above the mouth goes bright light green and the forehead takes on a purple tint.

These are the most common adult specimens and we assume this is the female stage as they are more numerous. The largest specimens as pictured in the head image have a yellow area across the mid body. Their colouration is bright and they dominate the area that they are in. From their behavior these appear to be males and they are not numerous, there are very few of them and each appears to have a large territory with a harem of females.  The larger males grow up to 18 cm but are usually slightly smaller. Females are usually in the 12 to 15 cm range. 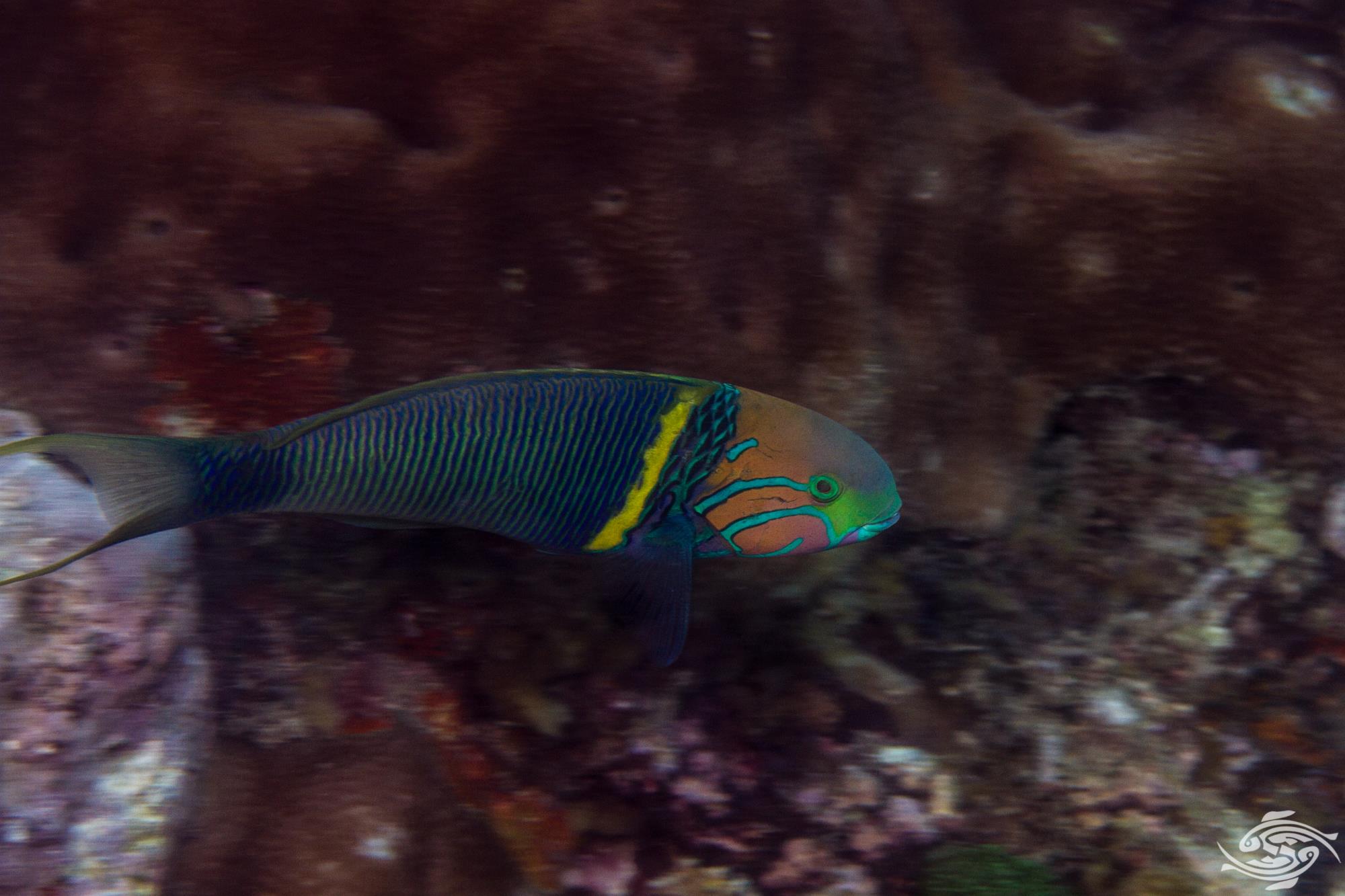 GOLDBAR WRASSE IN THE WILD

The Goldbar wrasse are very active on the reef and cruise the reef at high speed. They must have highly developed sensory organs, as if one puts out a piece of bait they are the first to arrive and they find the bait very quickly.

They arrive in numbers , within twenty or so seconds there are usually five or six on the bait and more come in afterwards. There is usually only one large yellow specimen that comes in on the bait. They will often feed with goatfishes and other wrasse and are almost never seen swimming in pairs or groups. 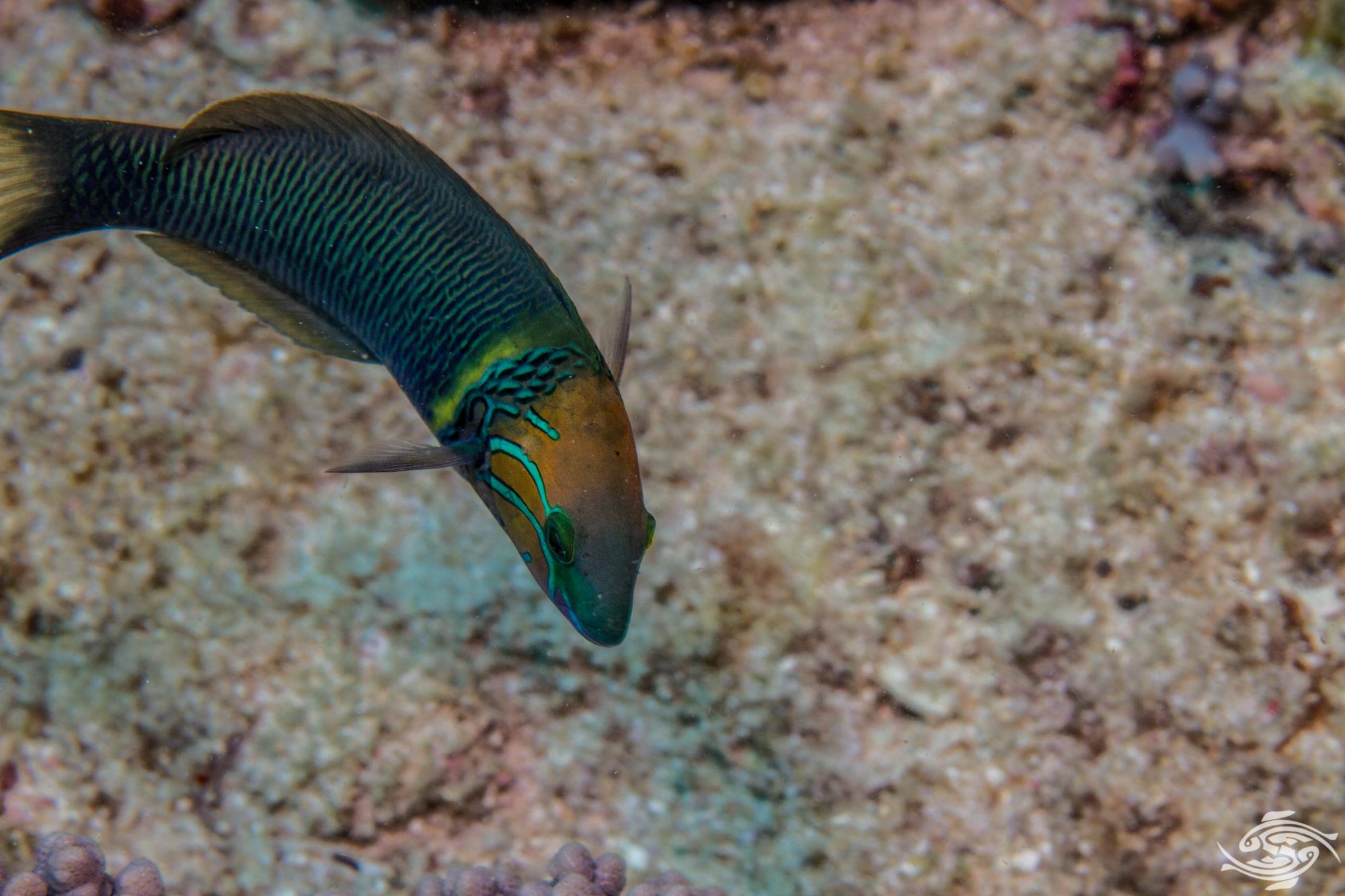 The Goldbar Wrasse, is found across the western Indian Ocean. Their range extends from East Africa down to Kwa-Zulu Natal and across to Sri Lanka including the Comoros. They are seen on the rubble and sandy areas between corals and over the corals. They tend to swim quite low close to the bottom. 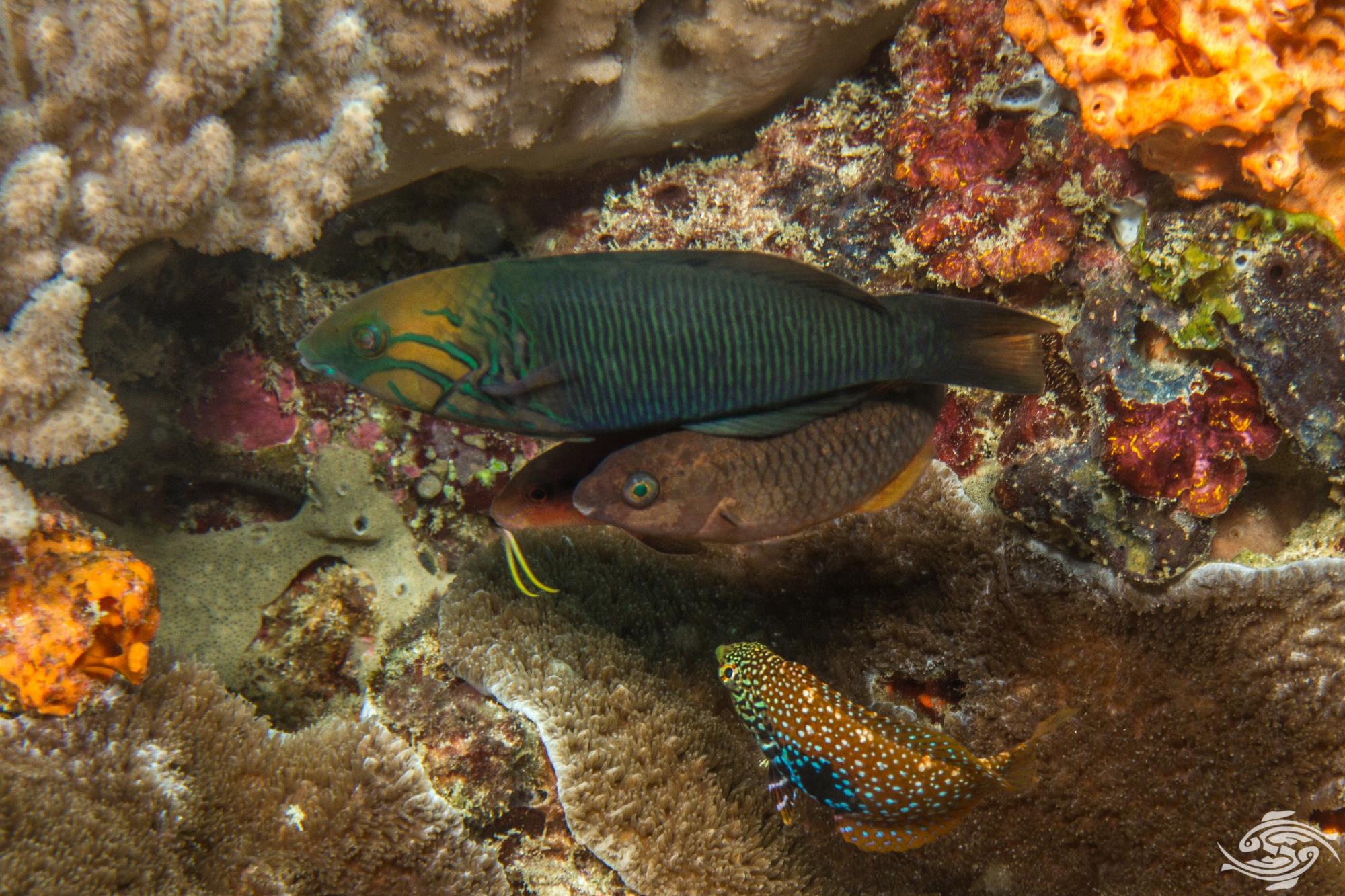 The Goldbar Wrasse appear to eat just about anything. Because they are very active they need large amounts of food and they seem to have a very general diet. They nip on some corals, but it is hard to see if they are eating the coral or small mollusks or crustaceans. They are voracious feeders on bait and are particularly attracted to a broken urchin. 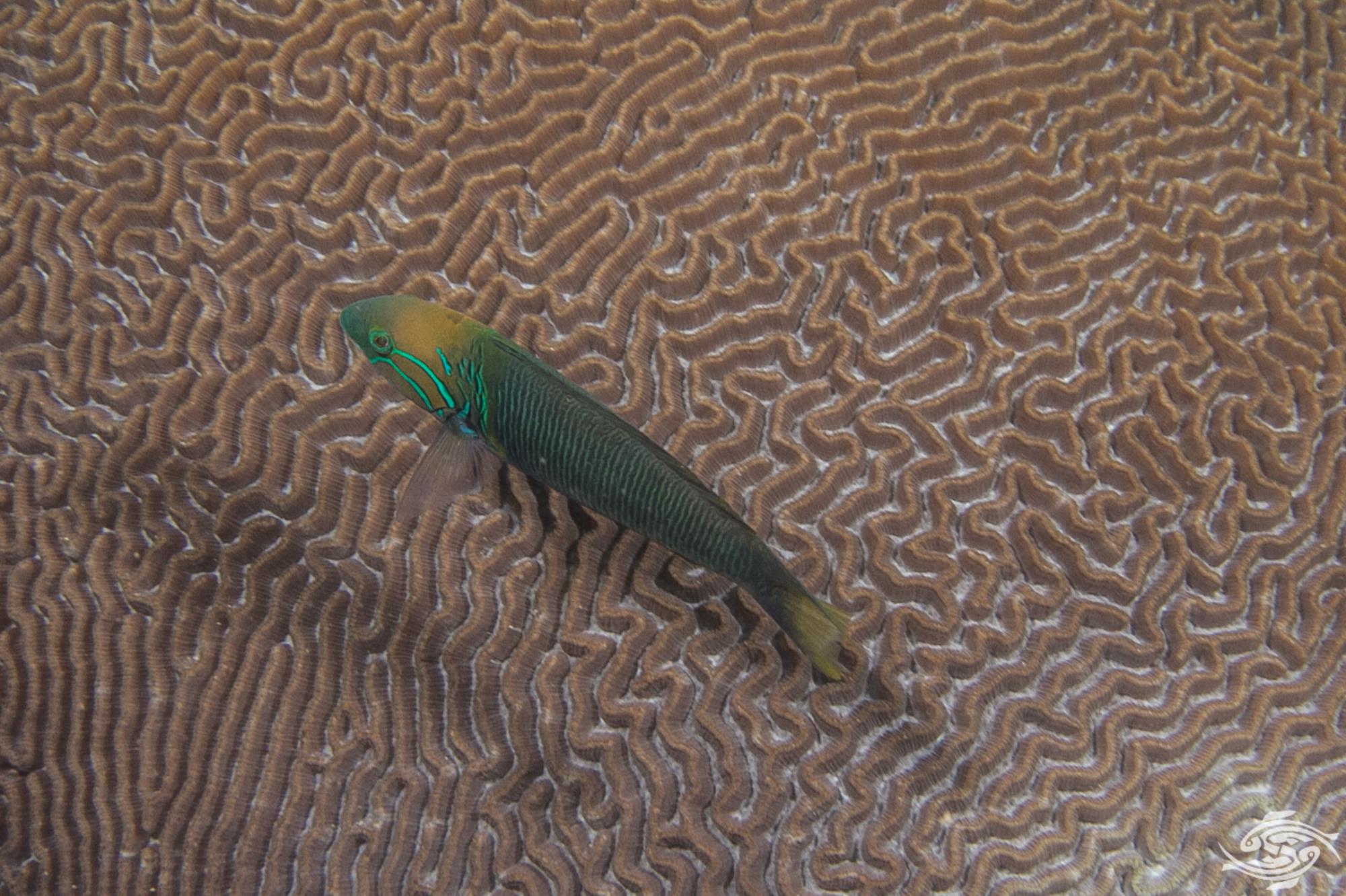 The Goldbar Wrasse is a Protogynous hermaphrodite, they first develop into females. Some specimens based on social cues transform into males. They are Oviparous, with the dominant male running a harem of females. Little is known of their breeding habits but occasionally a dominant male will be seen pursuing a female. As with everything these fish seem to do , the pursuing takes place at high speed with the male swimming alongside the female. 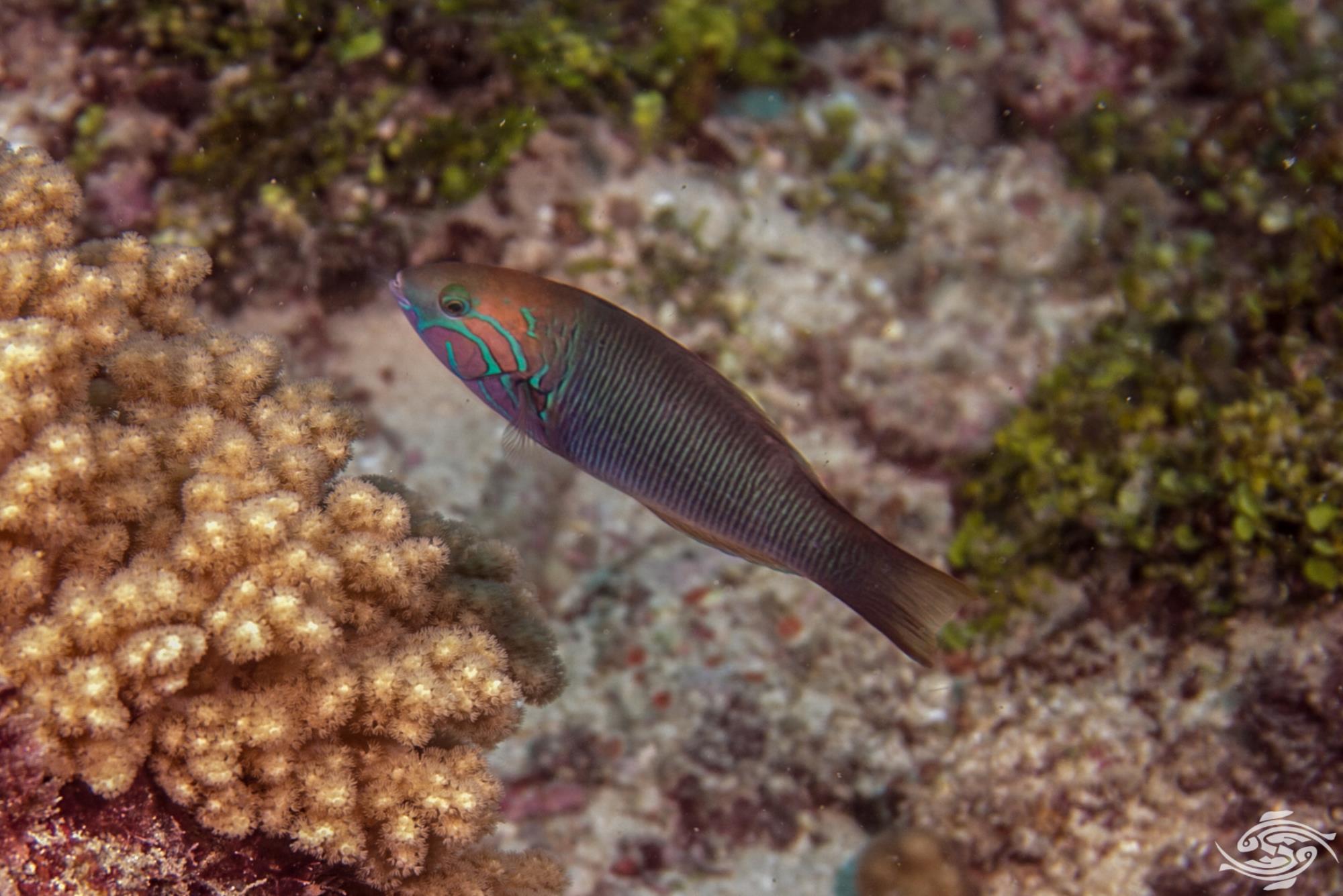 Goldbar Wrasse are kept in aquariums but being aggressive may become territorial towards similar sized fish and because of this are not probably not commonly kept. They require good hiding places and plenty of water to swim in. A larger tank is therefore a prerequisite. They also need thick sand to burrow into. These fish will almost certainly jump out a tank if given the chance given the speed they swim at. With their voracious appetite there should be no problem getting them onto prepared foods. 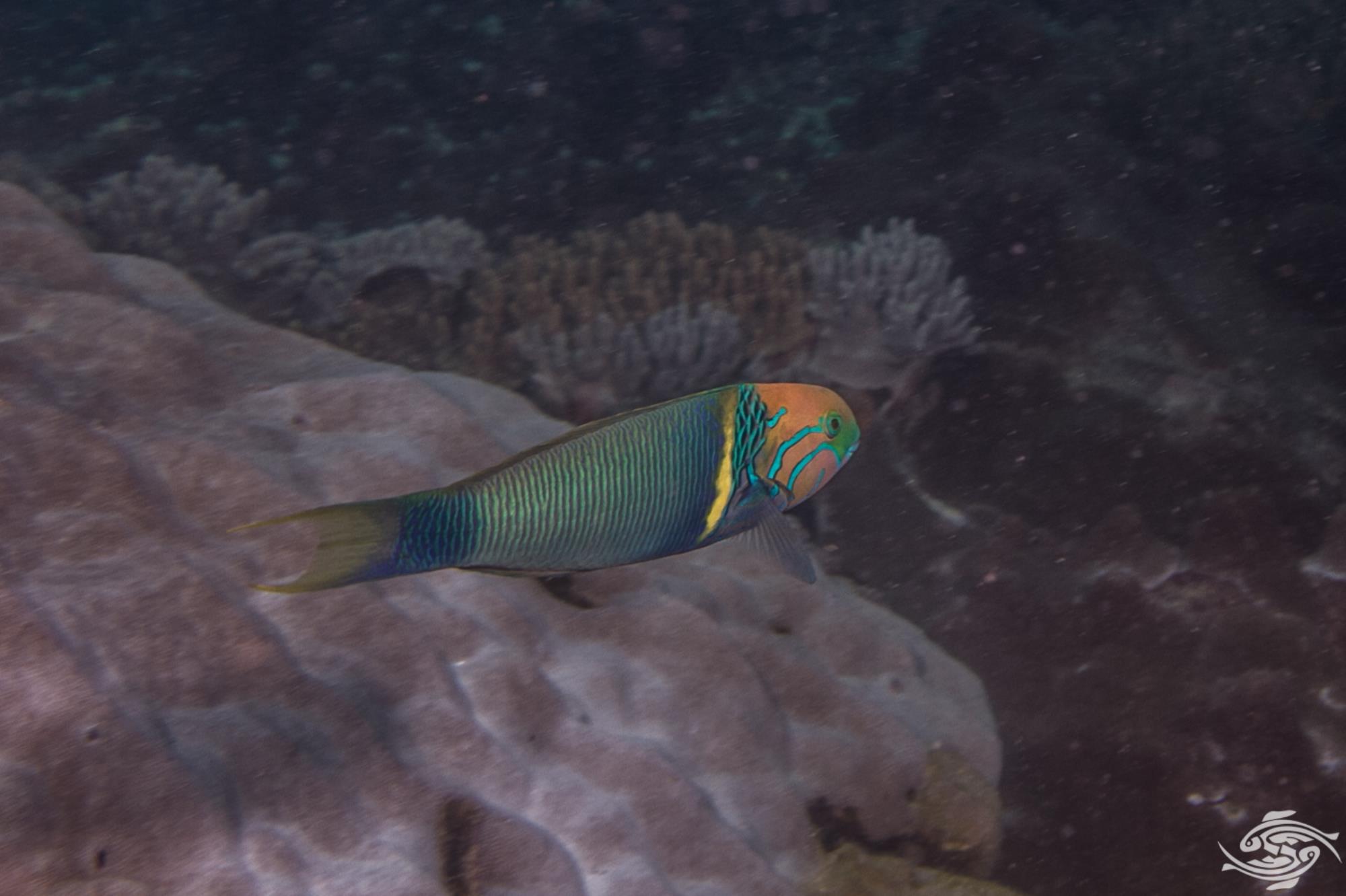