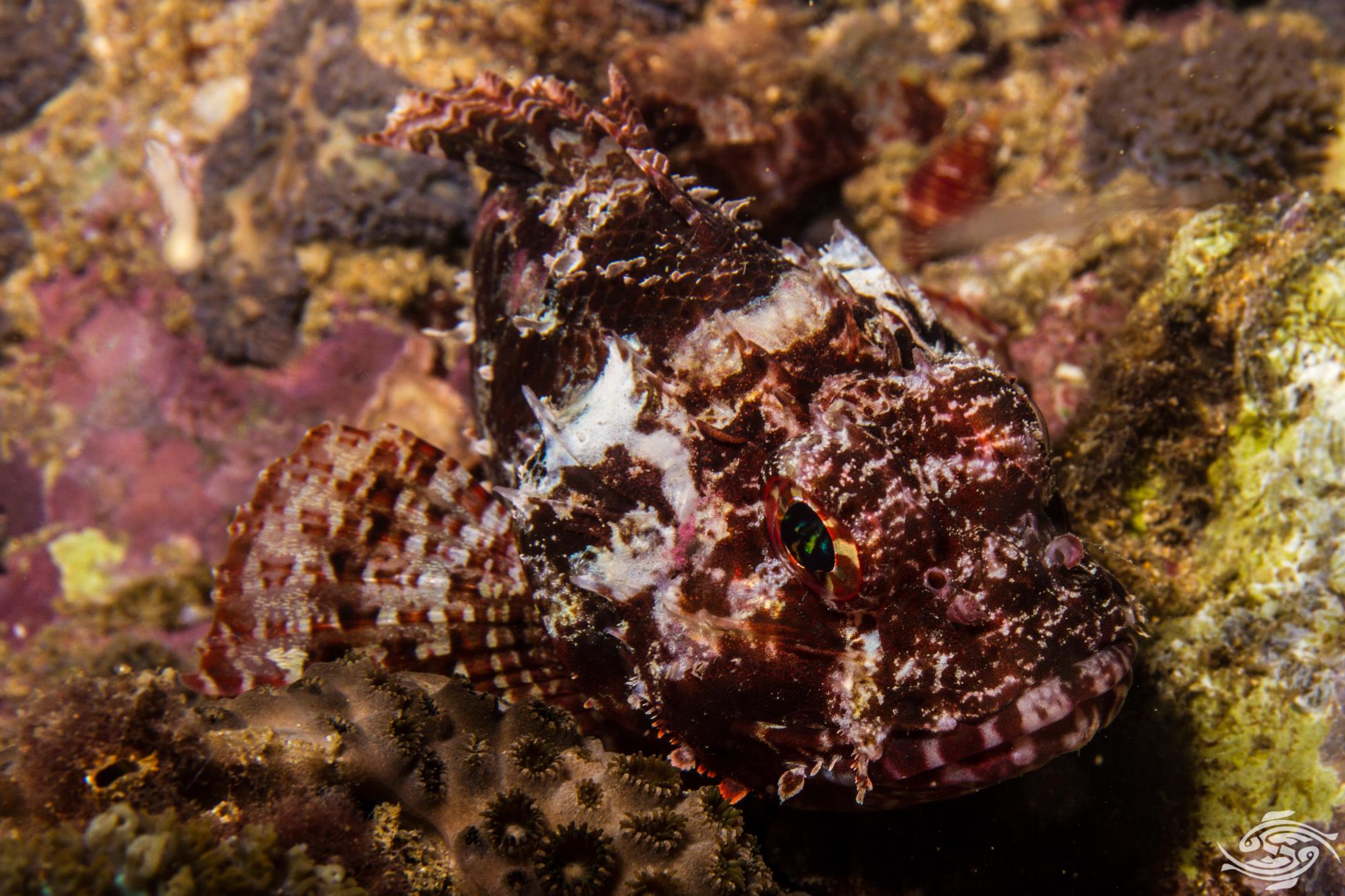 The Golden Scorpionfish (Parascorpaena aurita)is one of the smaller less well known scorpionfish. They are rare in Tanzanian waters and only a few specimens have been sighted and photographed. 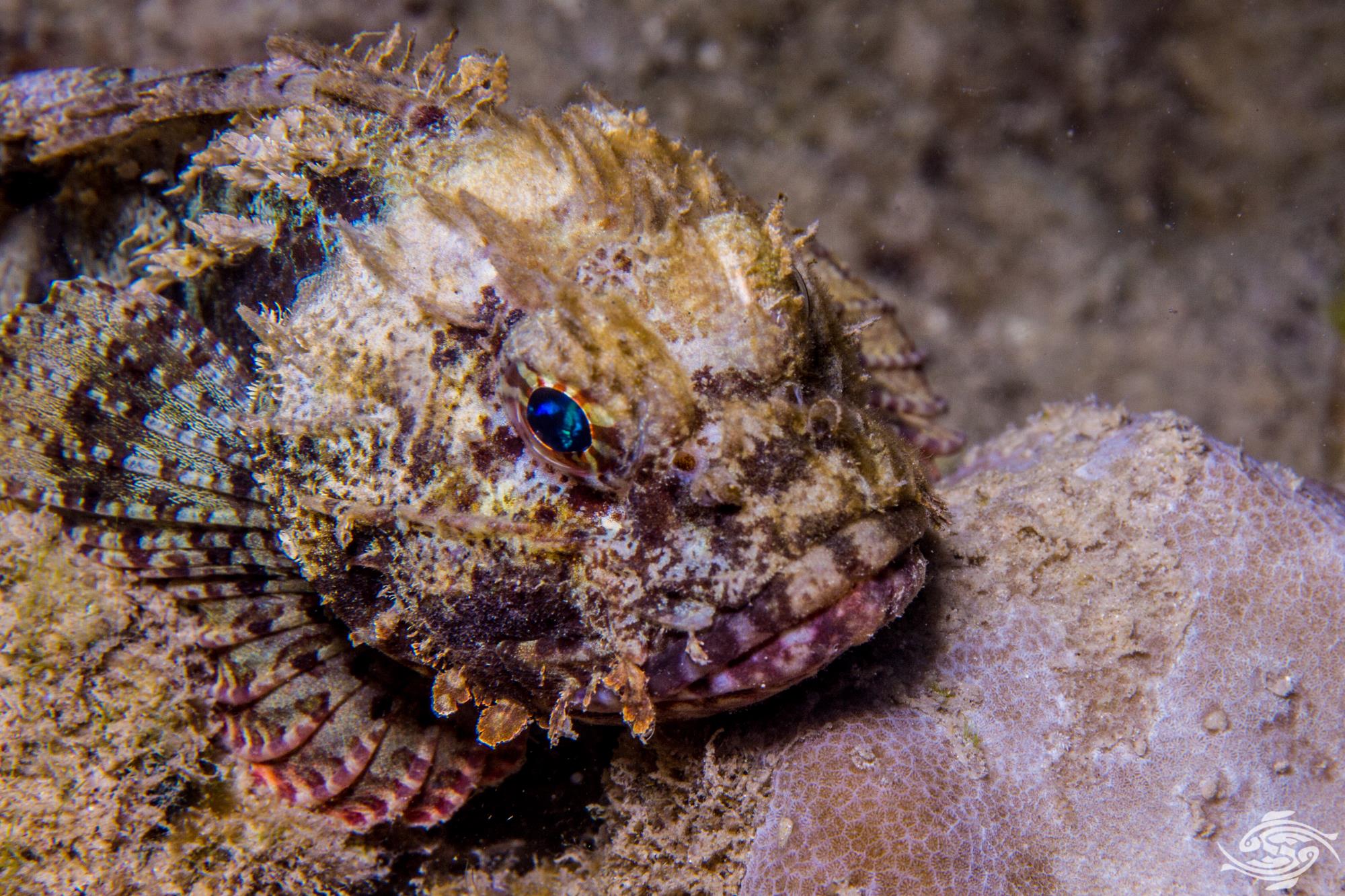 The Golden Scorpionfish has a short jaw and rear facing horn like protrusions behind the eye. Their facial features resemble in a way those of the dragons in the popular Game of Thrones television series.  Their colouration is extremely variable and they take on the colours and textures of their surroundings. The skin is warty and full of small flaps. There are a series of irregular bands on the lips. As they are immobile most of the time, algae and other organisms tend to grow on them adding to their camouflage. The eyes are ringed with very distinctive red and yellow gold lines and in the specimens sited in Tanzania, this seems to carry through into the adults. 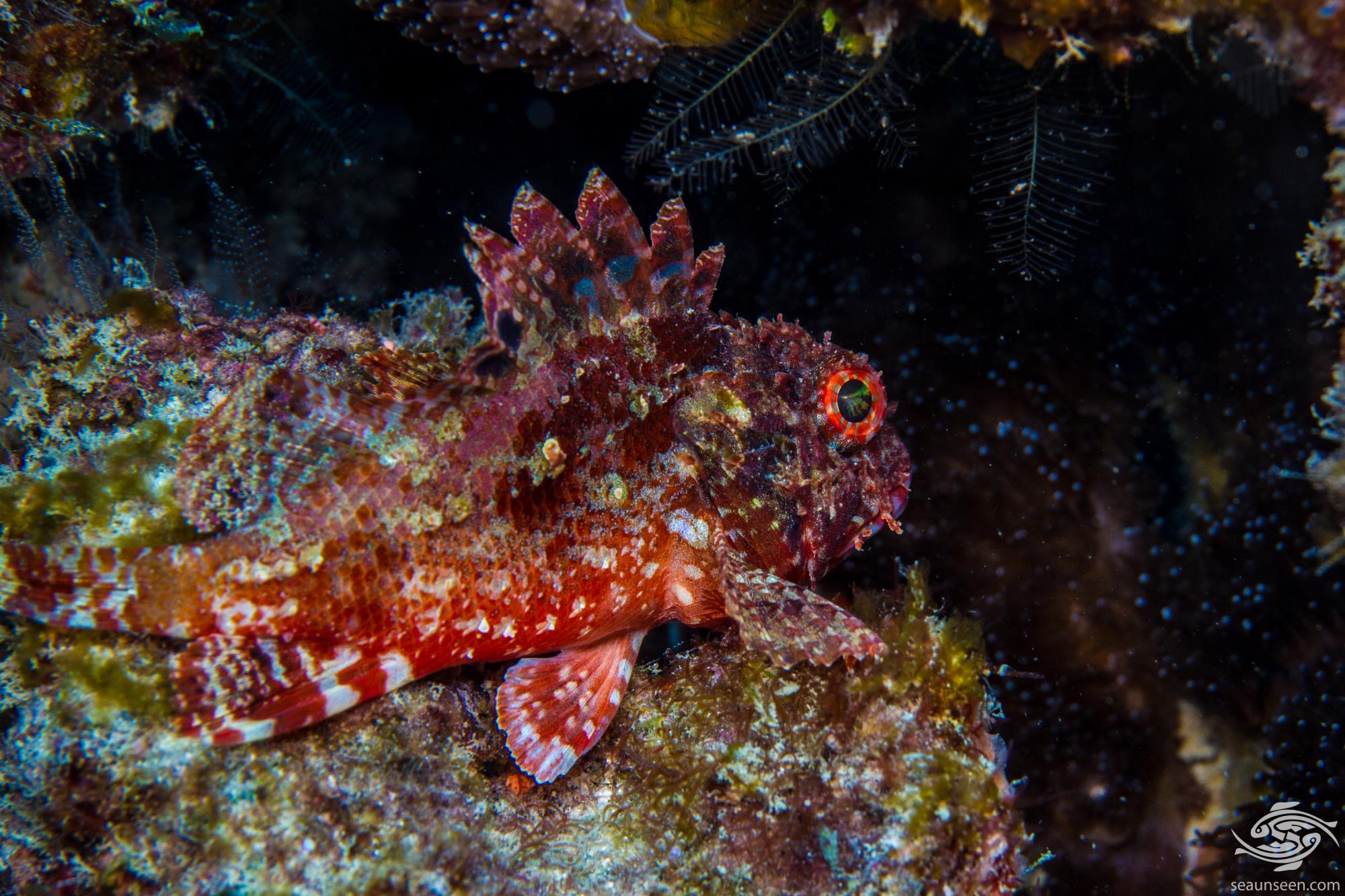 They have a typical Scorpionfish shape with a proportionally large head and mouth. The pectoral fins are rounded, resembling a fold out fan but are usually folded back. The tail is small in comparison to the head and they are poor swimmers. They grow up to 15cm in length. 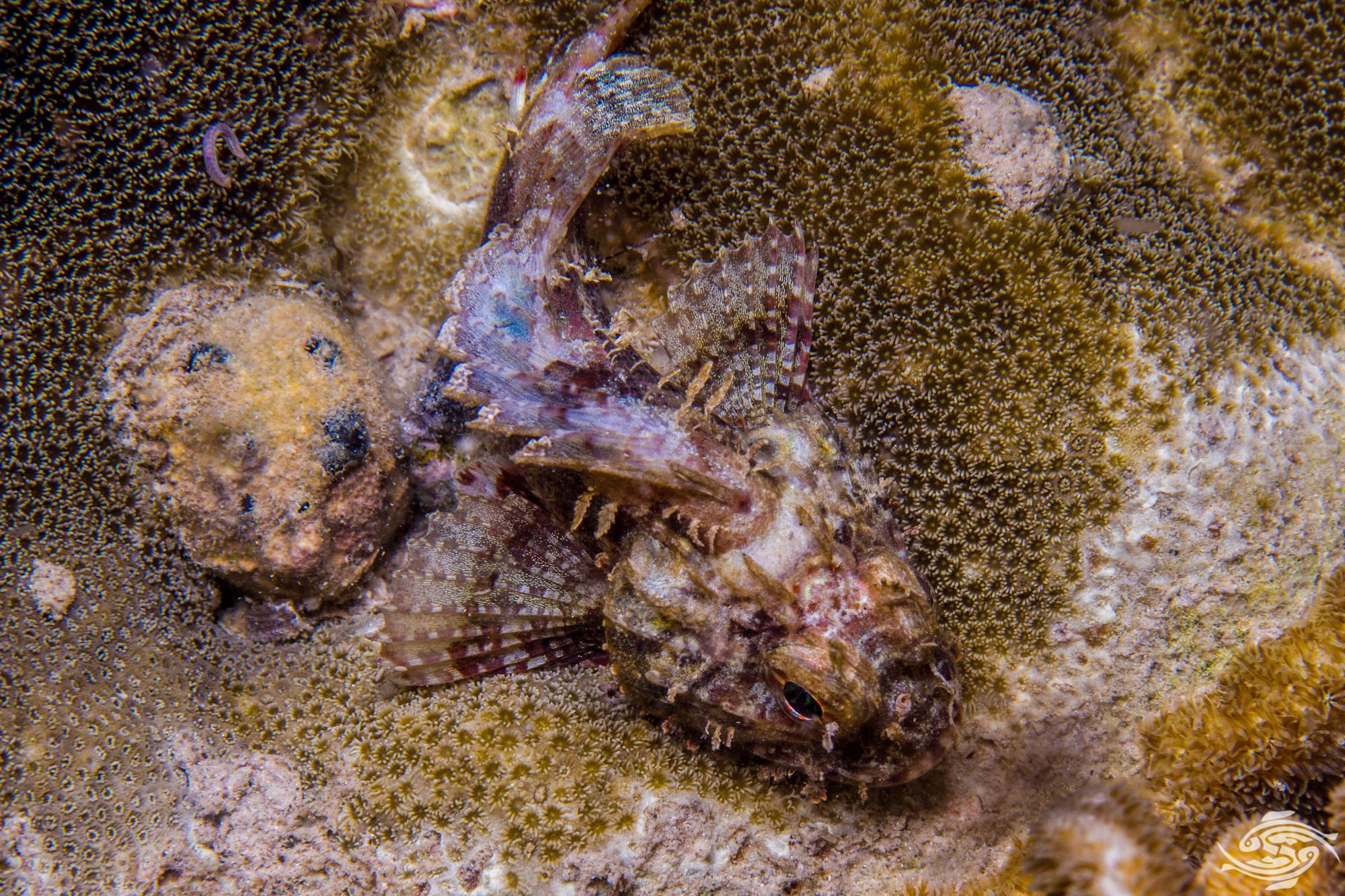 The Golden Scorpionfish have only been seen out at night and are hard to spot as their camouflage is quite effective. Once one becomes attuned to the shape of scorpionfish it becomes easier to spot them. The body is usually curled slightly one way or the other.  Once one learns what to look for so one begins to see more and more of them while diving.  At night they are much easier to find because their eyes reflect light.

They will initially rely on their camouflage when approached by a diver. Provided that they do not feel too threatened they will sit dead still.  If that does not work for them they will hop away a few feet using their pectoral fins. Their poison is not as powerful as that of the Stonefish and is unlikely to kill a human. Instead one is likely to have extreme pain, nausea and the area affected will go white. The treatment for a sting is immersion of the wound in hot water as hot as one can take it for about 90 minutes. 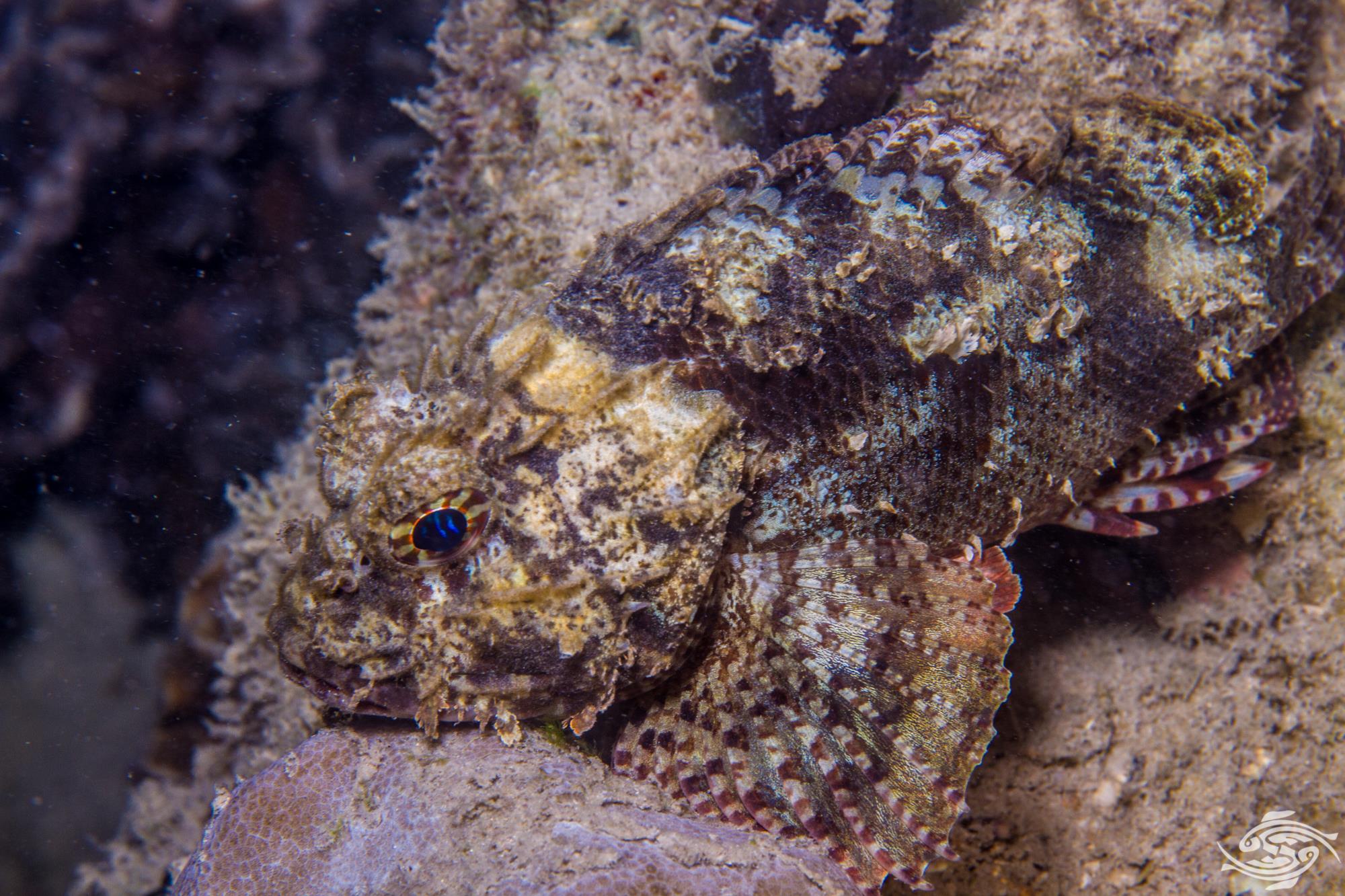 Golden Scorpionfish are found across the Indo Pacific area, all the way up the East coast of Africa from South Africa to the Red sea and across to southern Japan and northern Australia . They have to date in Tanzania only been found on rubble areas and on a shipwreck surrounded by rubble. 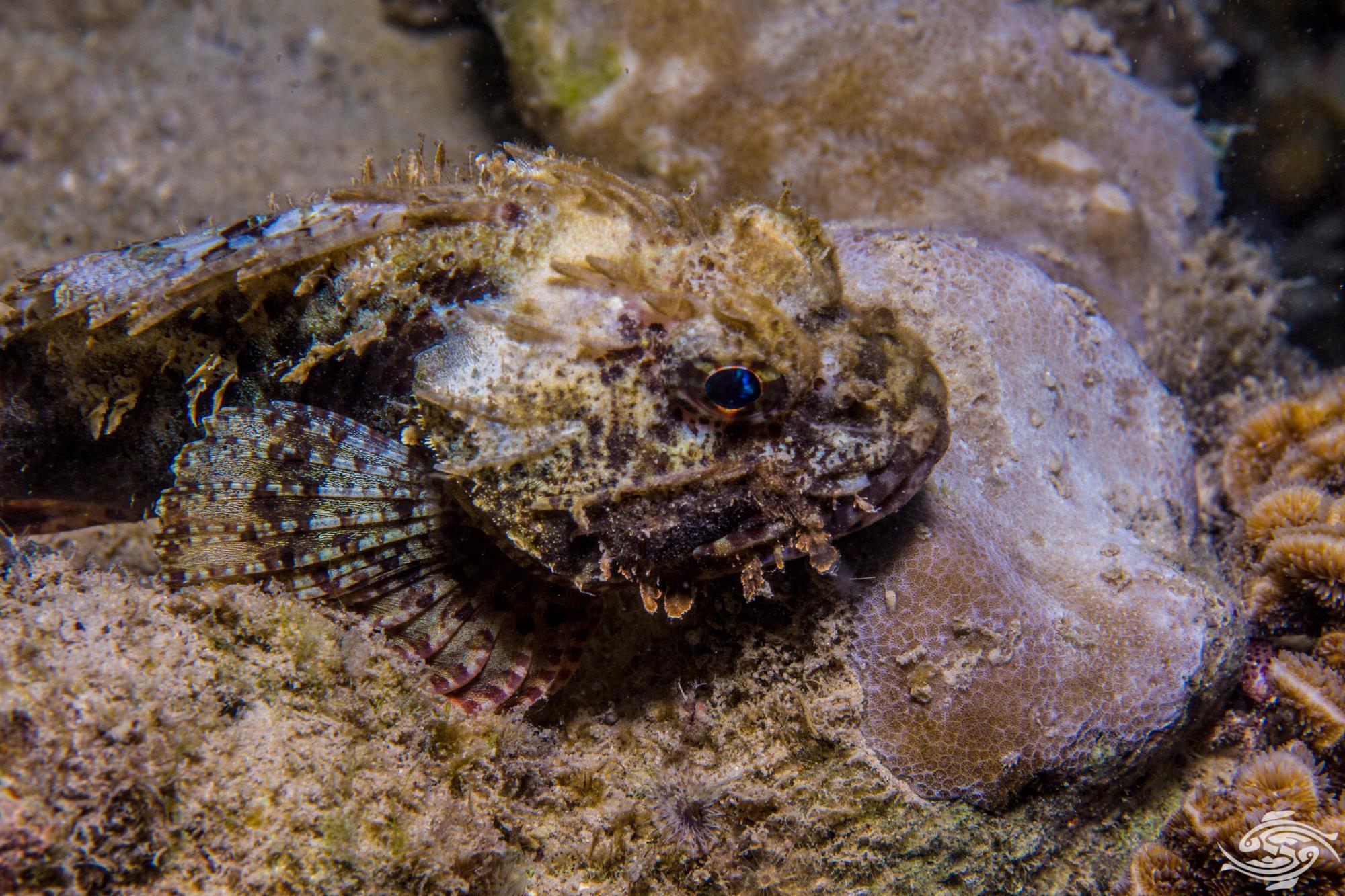 Golden Scorpionfish are ambush predators that prey on small fishes and crustaceans and pretty much anything that fits in their mouth. They use their proportionally large mouths to create a vacuum and suck in and swallow the prey. Prey is swallowed whole and is sucked into the mouth. 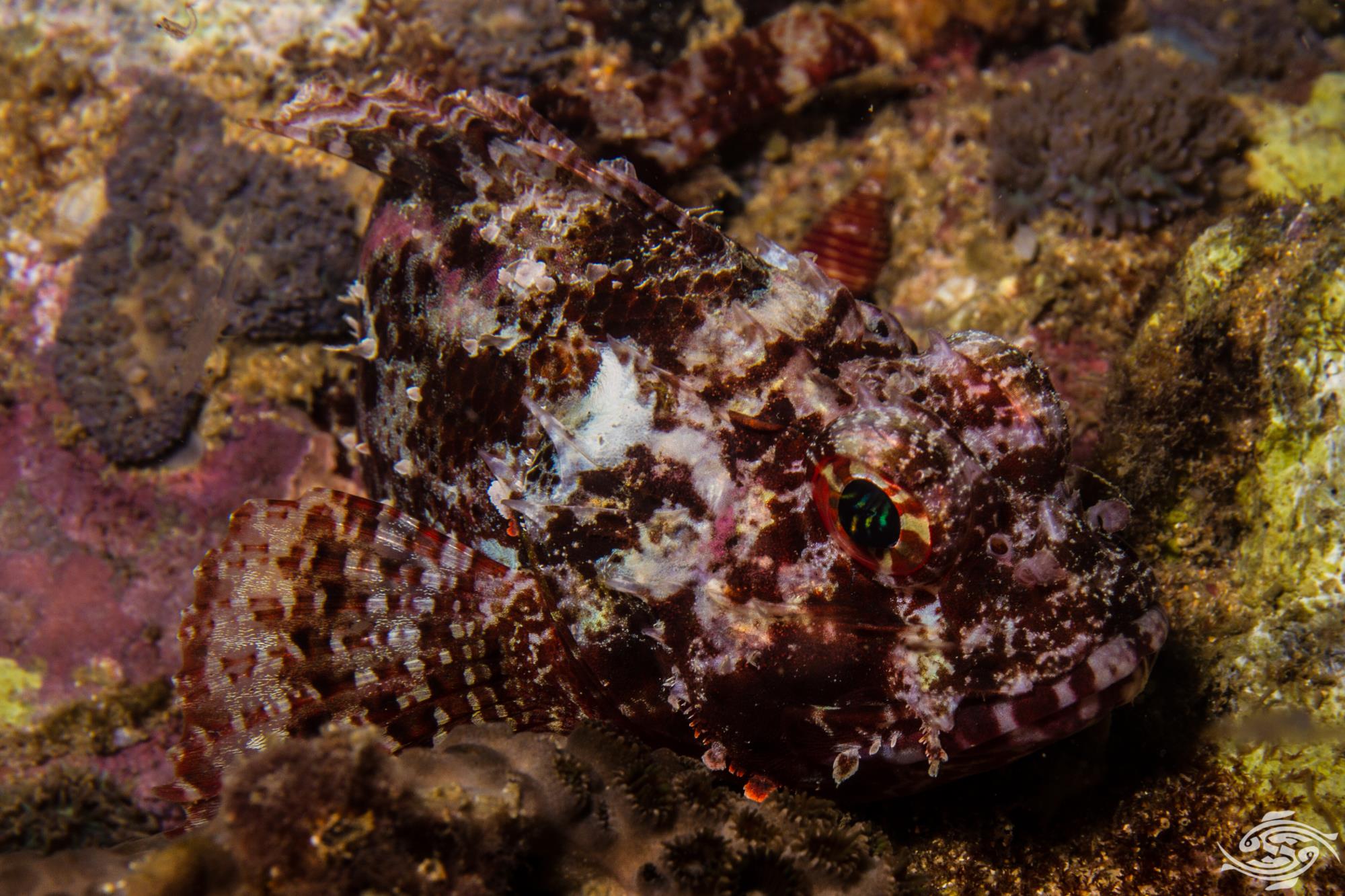 Golden Scorpionfish are oviparous with females producing eggs that when fertilized are released and float near the surface. Little else is known about their reproduction. 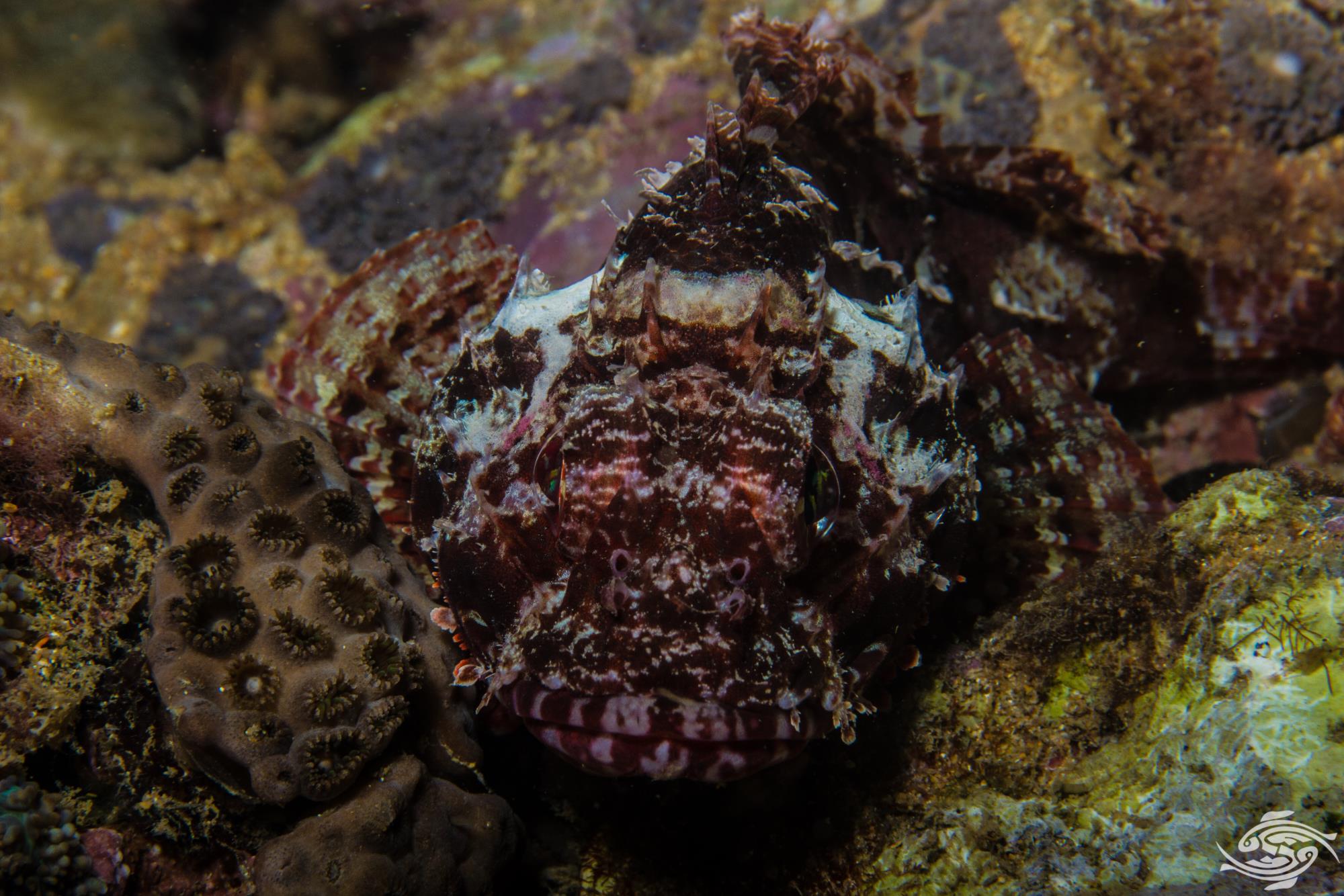 Golden Scorpionfish may be kept by some collectors in specialised aquariums, but they are not at all common in the trade. They will eat anything that fits into their rather large mouths so care would have  to be taken in this regard 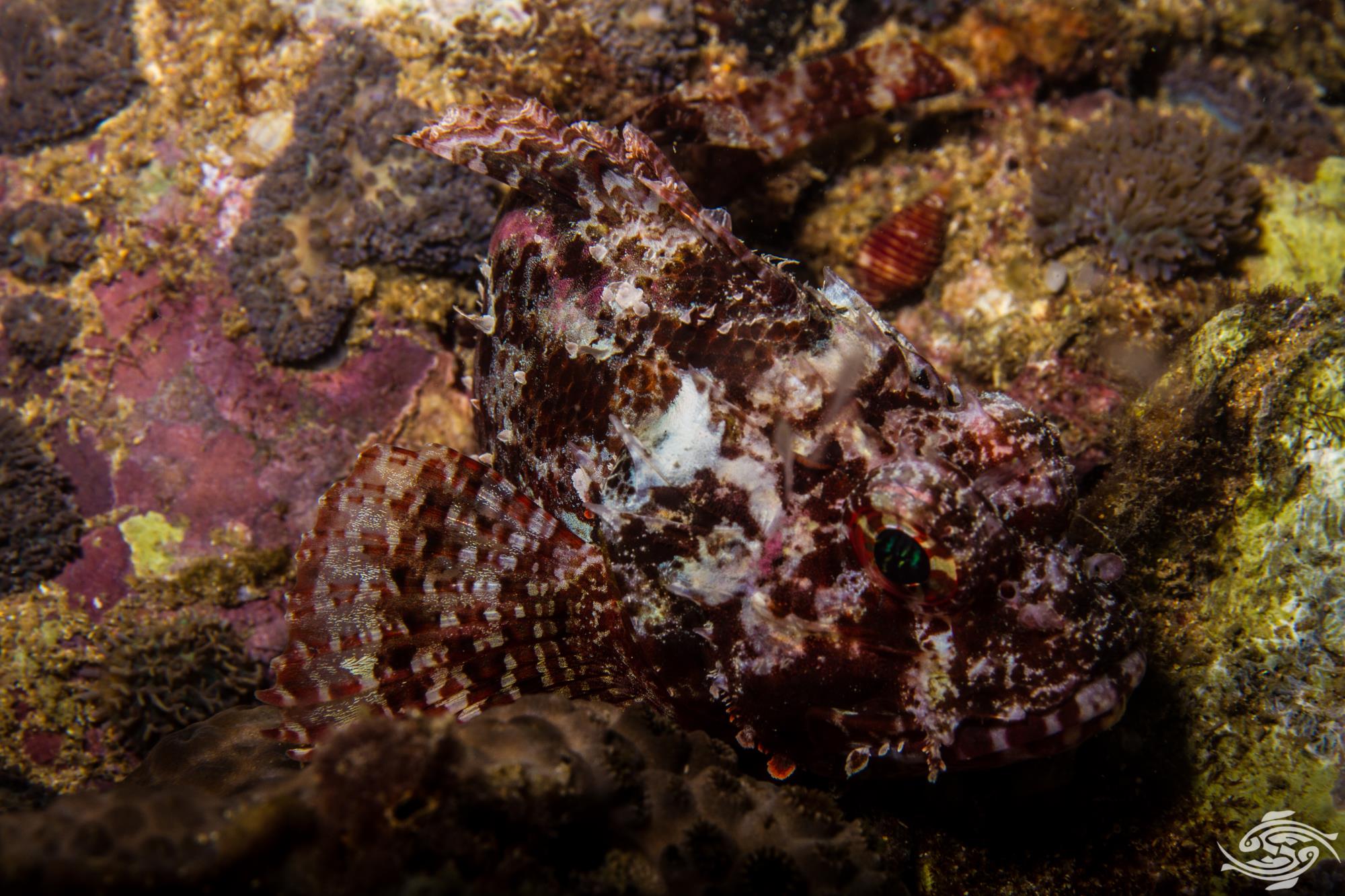 Many thanks to Professor Hiroyuki Motomura from Kagoshima University Museum for identifying the specimens for us.