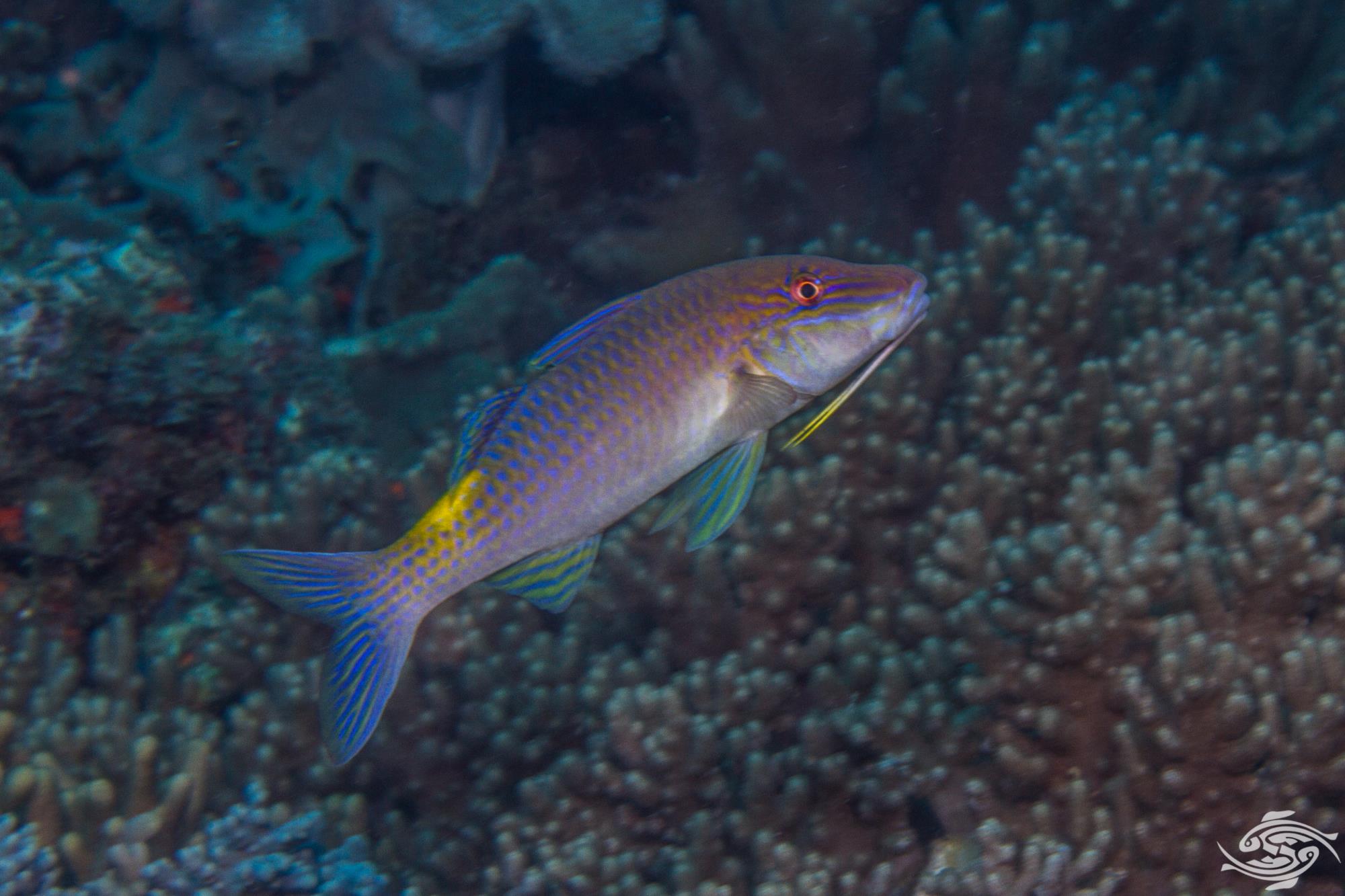 The Goldsaddle Goatfish (Parupeneus cyclostomus) is also known as the  Yellowsaddle goatfish. They are common inhabitants on the rubble areas and reefs on the Tanzanian coast. Goatfish all have a pair of retractable barbels or feelers that have sensory organs in them to detect prey. They all have proportionally long bodies with a deeply forked tail. 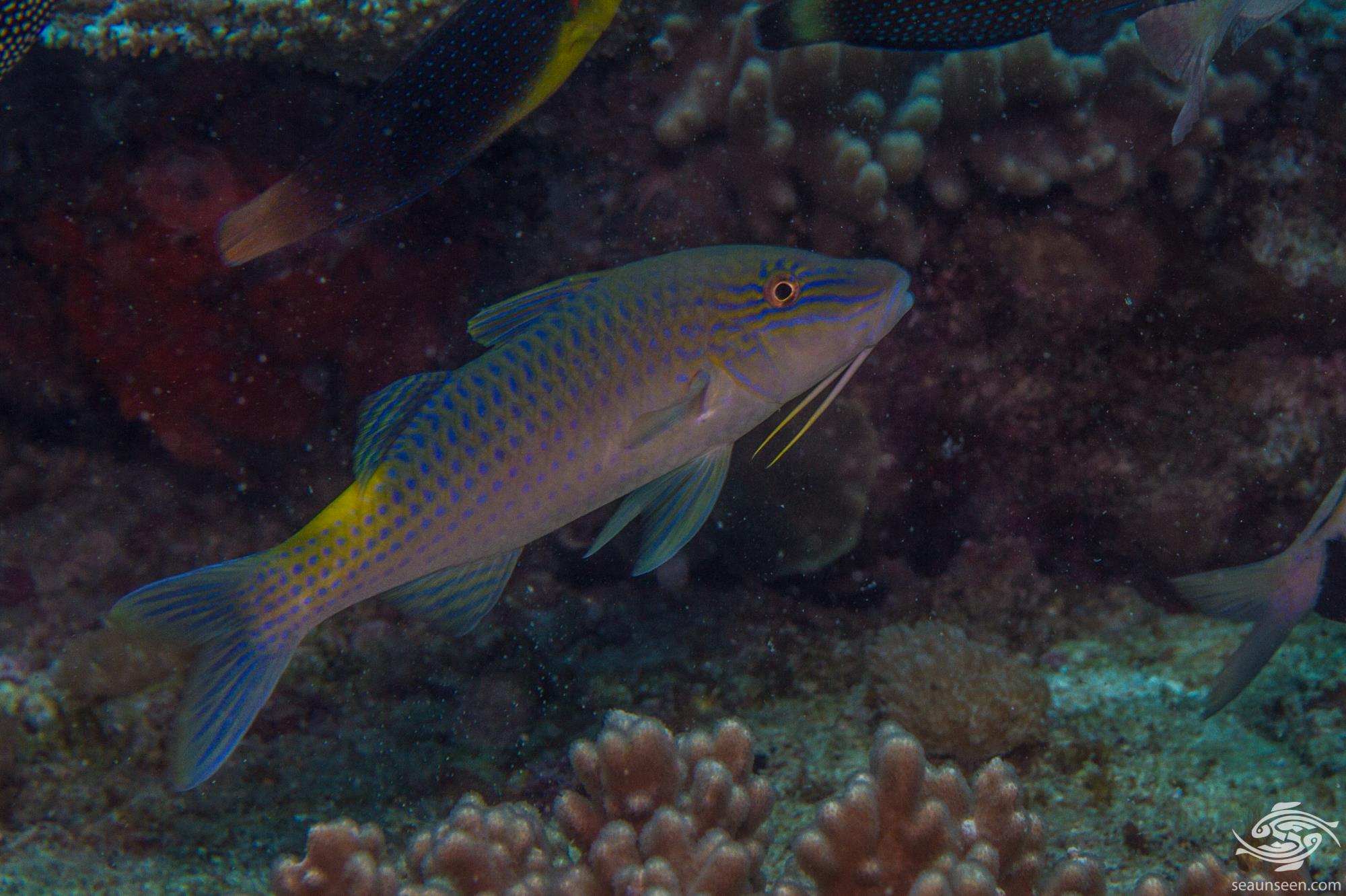 The less common variation which can be seen below is an all yellow body with blue lines on the face.  They grow up to 50 cm in length but around 25 cm is more common. They have the ability to change color and at night when at rest on the reef they are a pinky color. Sometimes when they are feeding the body goes a pinky color and this can be seen two images down. 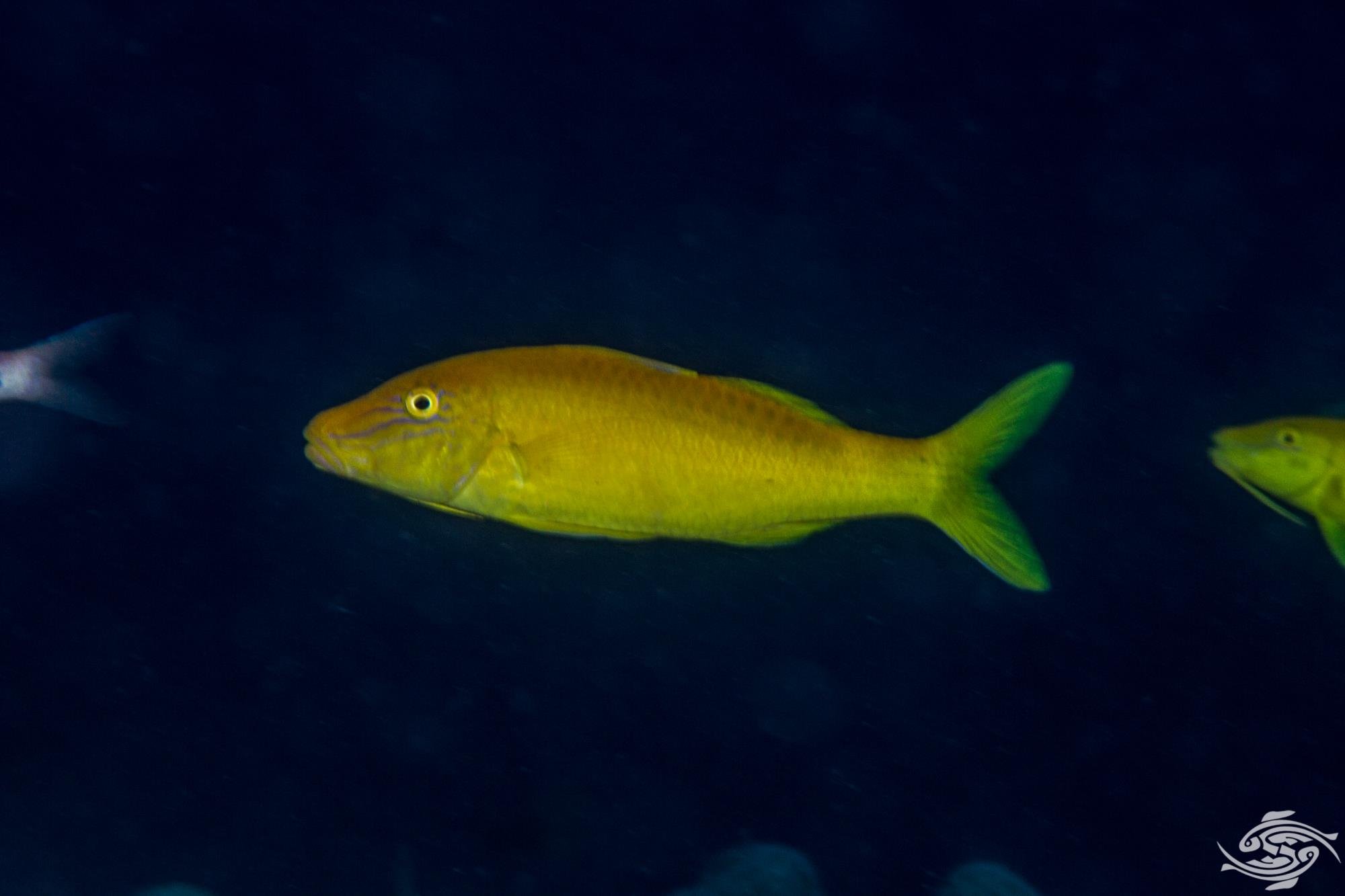 GOLDSADDLE GOATFISH IN THE WILD

The Goldsaddle Goatfish is more common at around 18 to 20 meters on the reefs but sometimes they are seen shallower. They are usually in loose groups that feed across the top of the reef. Often they are accompanied by Wrasses and Kingfish who hope that they will flush out prey. Quite often they will feed with Longbarbel Goatfish and juvenile Parrotfish who do not compete with them for food and who may camouflage them to some extent. Research in the Red Sea has shown that they hunt collaboratively and that individuals will help others to trap prey. 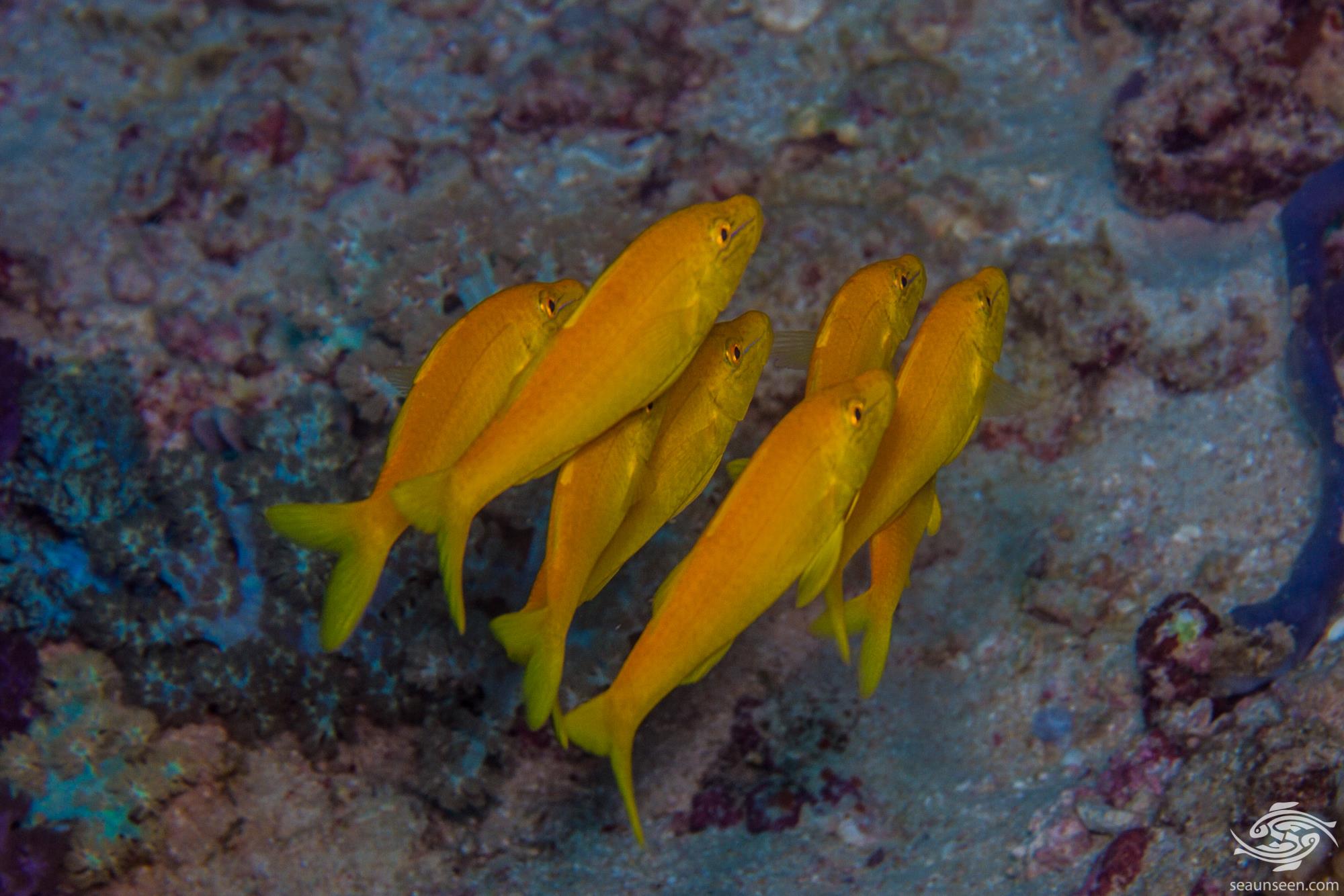 The yellow phase juveniles also exhibit some interesting schooling behavior seen above which you can read about here.

They usually swim low in the water table but occasionally they are seen swimming three or four meters above the bottom. None of the other species of Goatfish swim this high. At night they can be seen resting on the reef and are almost always solitary at this time. 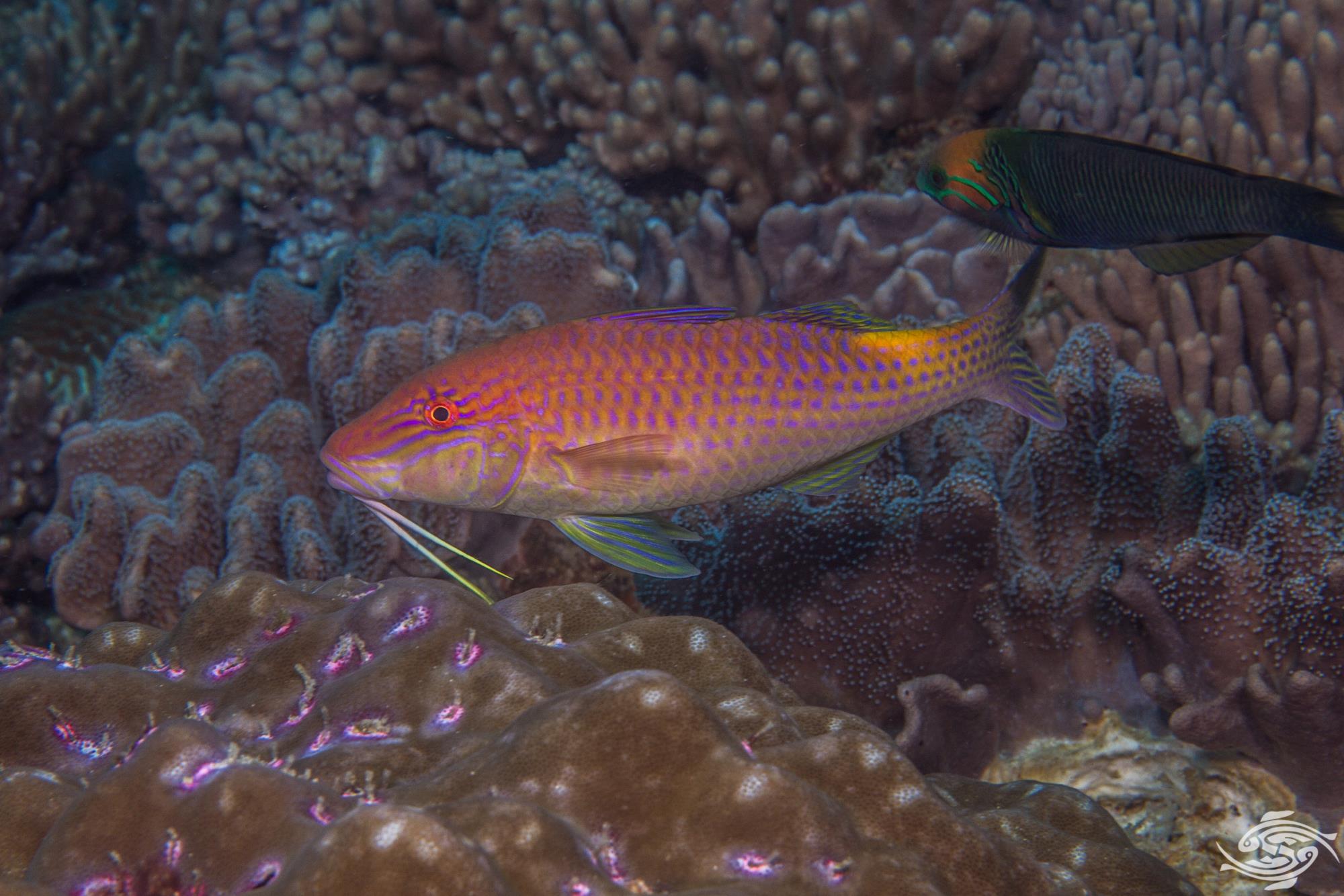 The Goldsaddled Goatfish is found across the Indo western Pacific  Ocean. They are found from East Africa across to Australia and north to Japan. 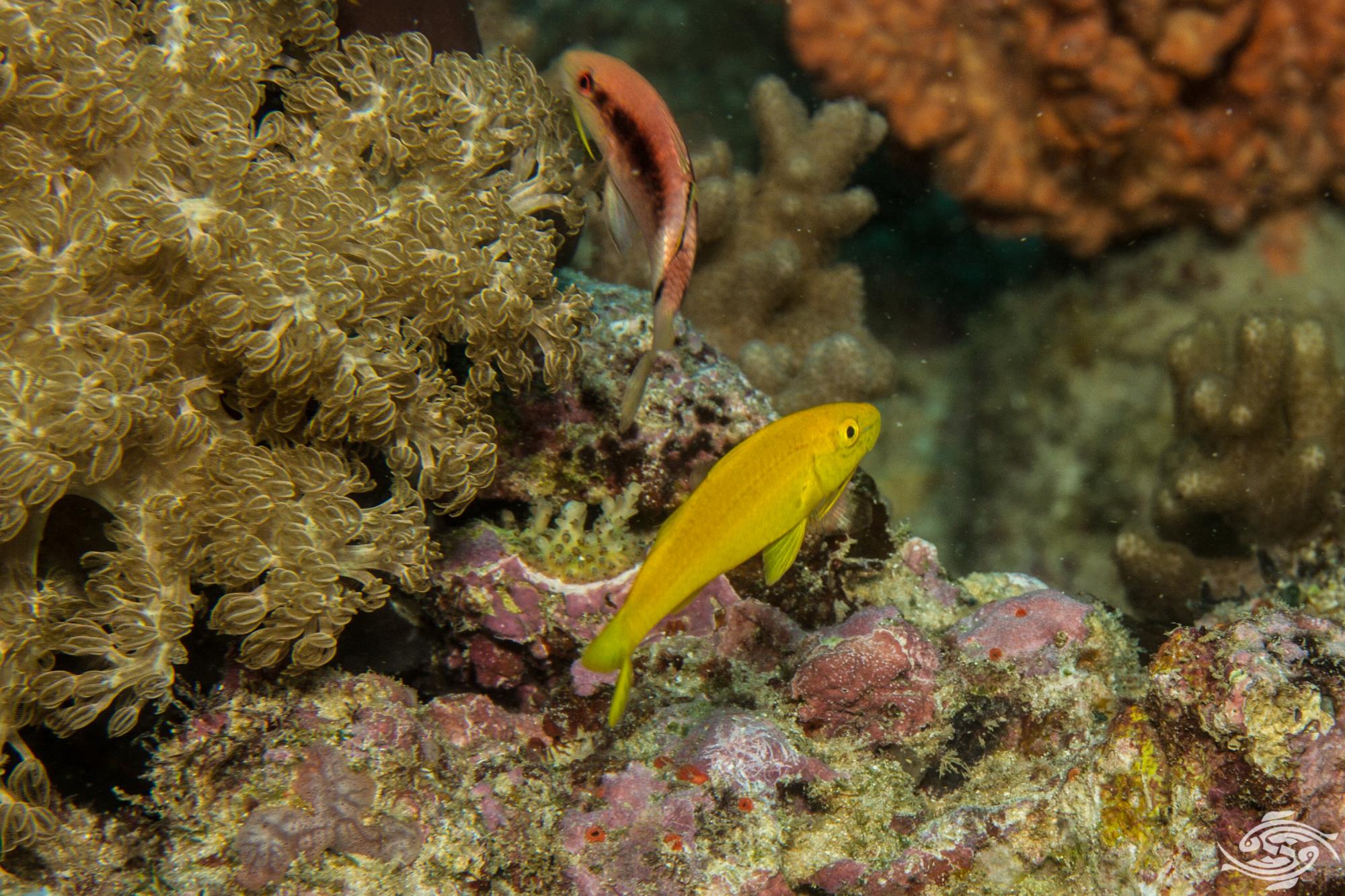 The Goldsaddled Goatfish feed on small fishes which they flush from their hiding places with their long barbels. Once the begin searching an area the comb it quite meticulously with their barbels. The barbels are quite prehensile and they have a large degree of control over them. Both seem to operate independently and if they allow one to get close while feeding, it is quite interesting to watch them. 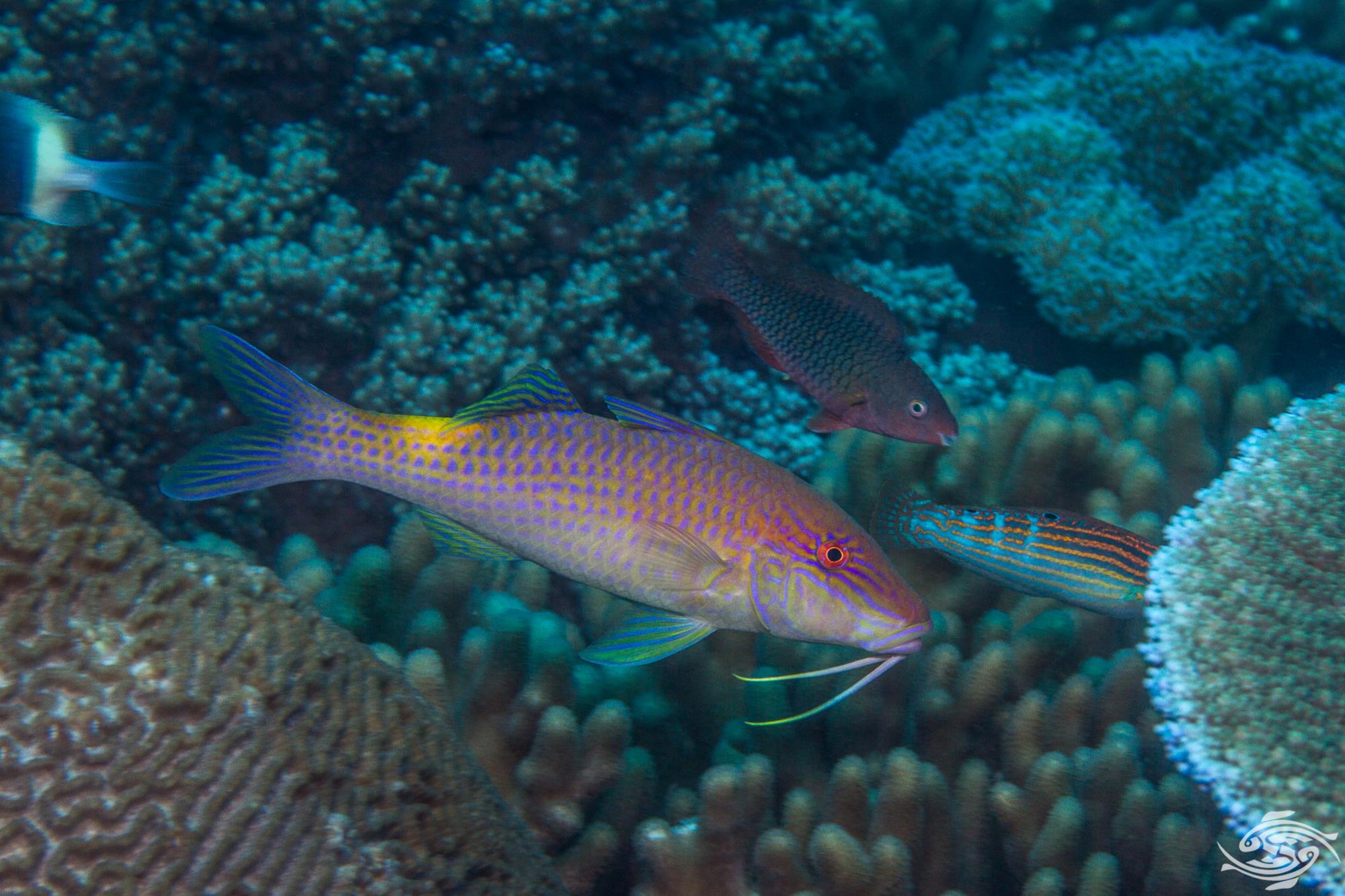 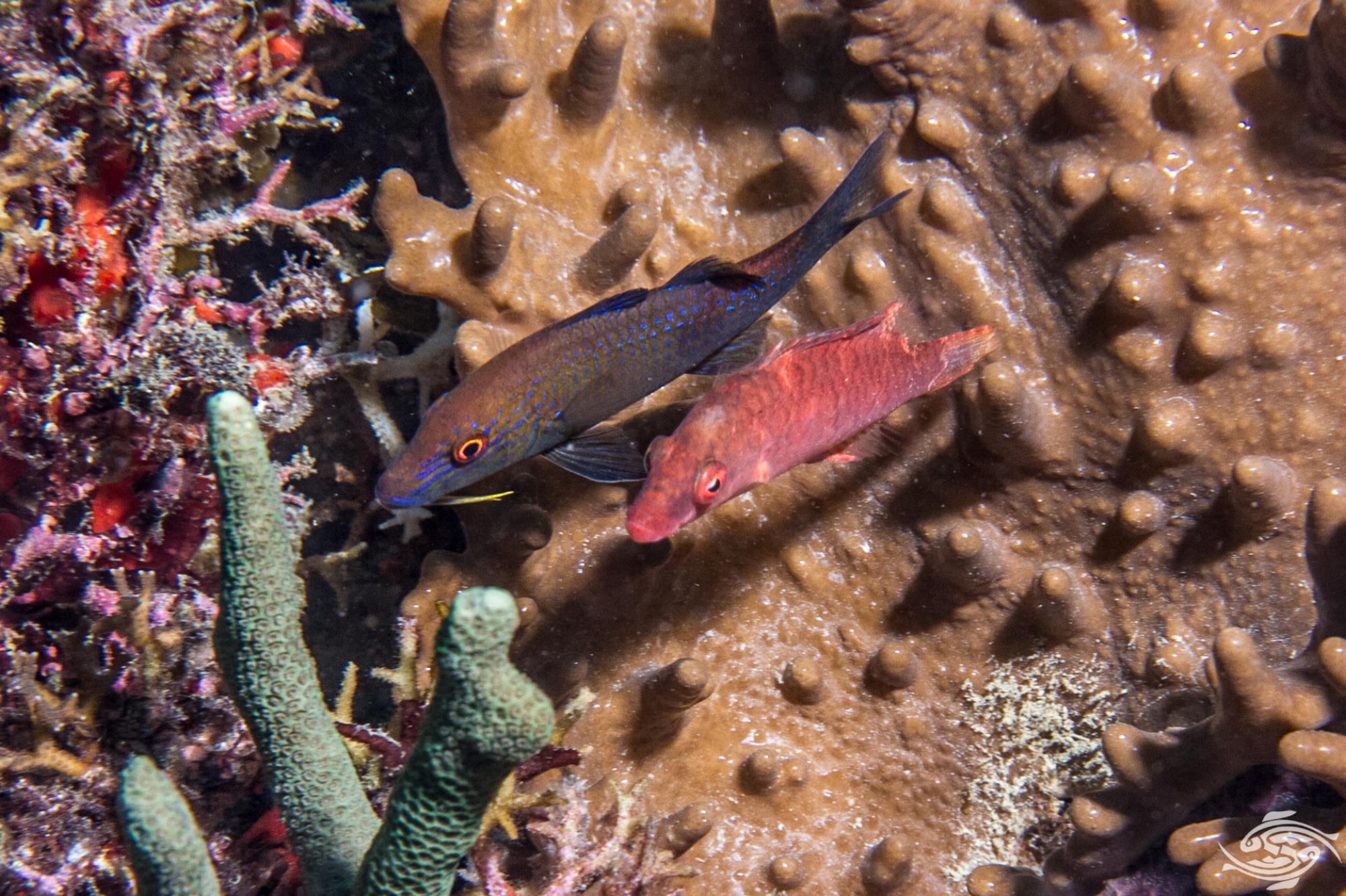 Goldsaddled Goatfish are kept in aquariums but their potential size of 50 cm coupled with their diet of small fishes means that they are not for everyone.  A larger tank with large tank mates is therefore a prerequisite. Because of their tendency to root around they are not suitable for reef tanks and rocks should be well anchored. 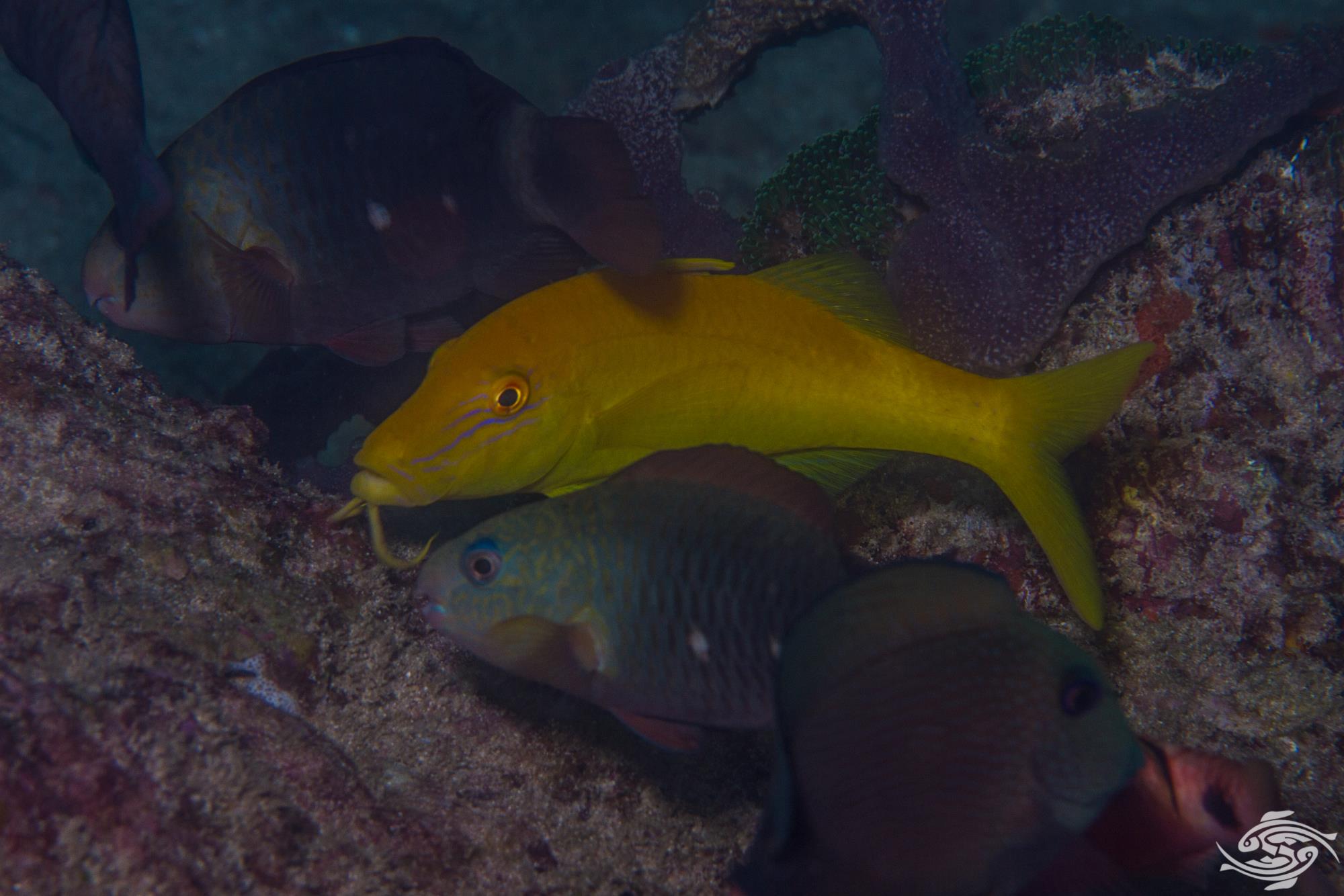