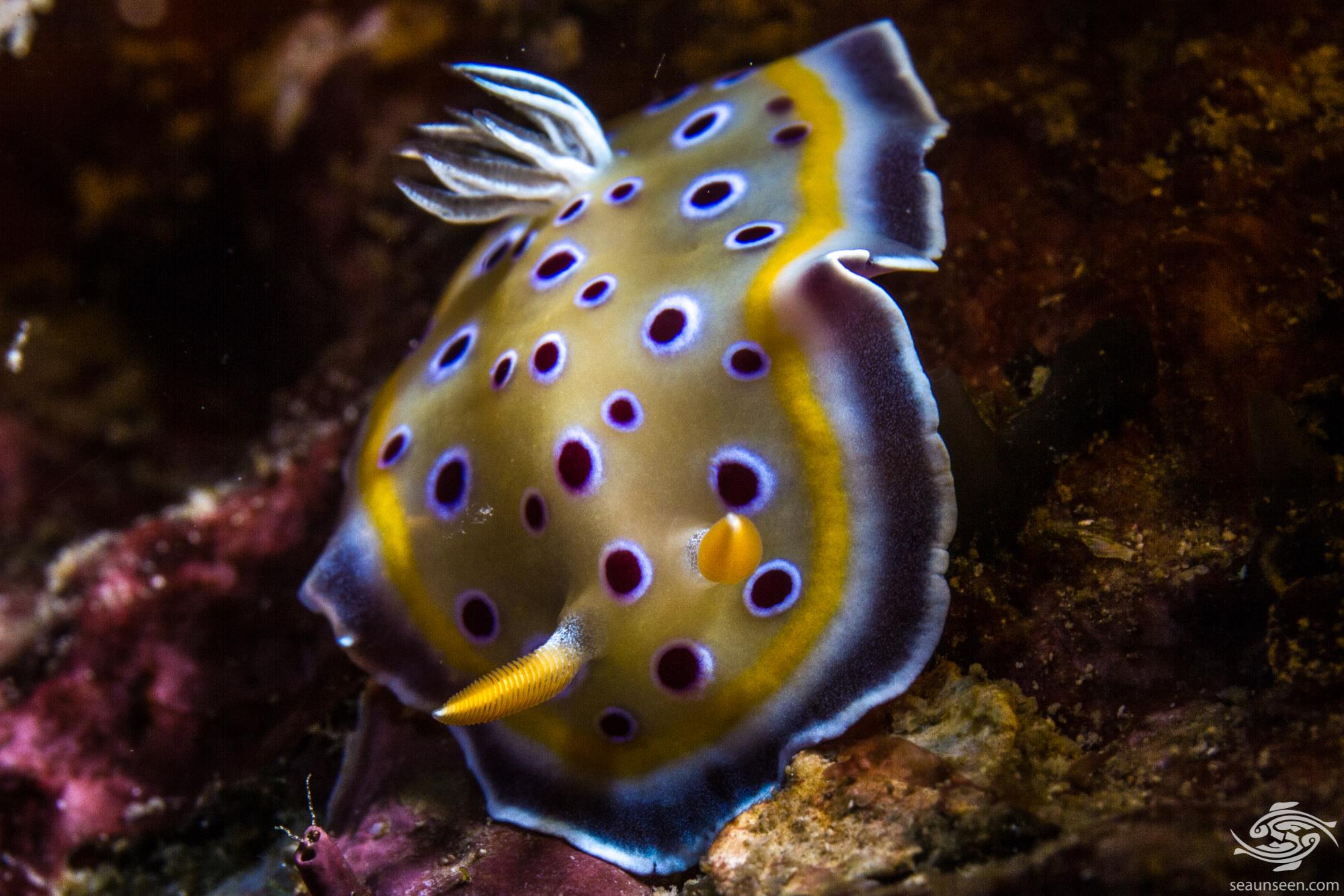 Goniobranchus geminus was previously known as Chromodoris geminus until a DNA study proved otherwise. They are commonly known as the Gem Nudibranch. They are dorid nudibranch’s. As with other nudibranchs, they are shell-less marine gastropod mollusks. To make up for the lack of protection from not having a shell, they are usually highly poisonous. Their bright colours advertise their toxicity. They are fairly rare in Tanzanian waters and are not commonly seen. 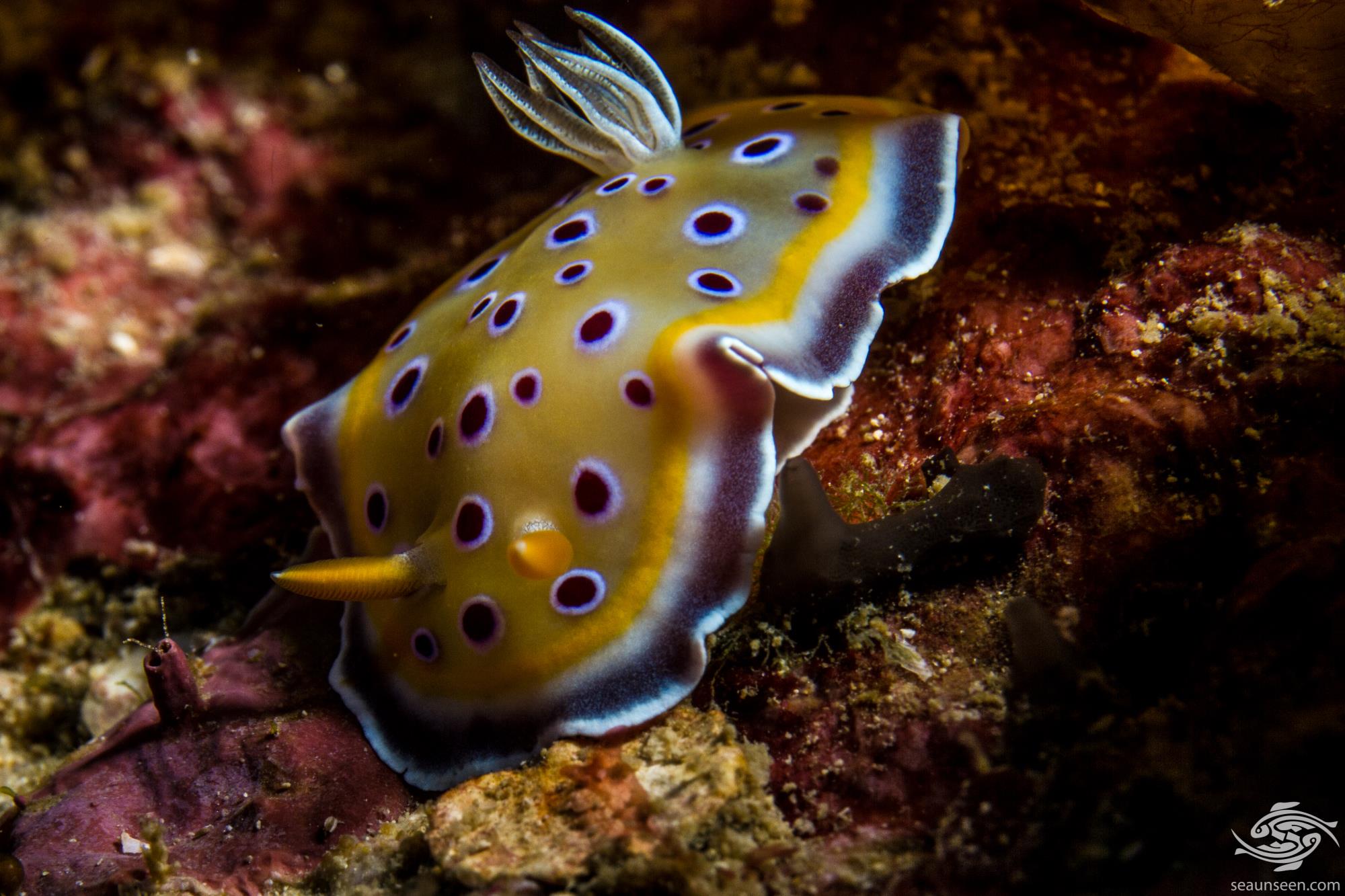 Goniobranchus geminus grow up to 50 mm in length. The main part of the body is a light yellow, ringed by a slightly darker yellow ring. Purple spots with white rings are scattered across the body. A white line surrounds the yellow part of the body, followed by a purple black line and a further white line. 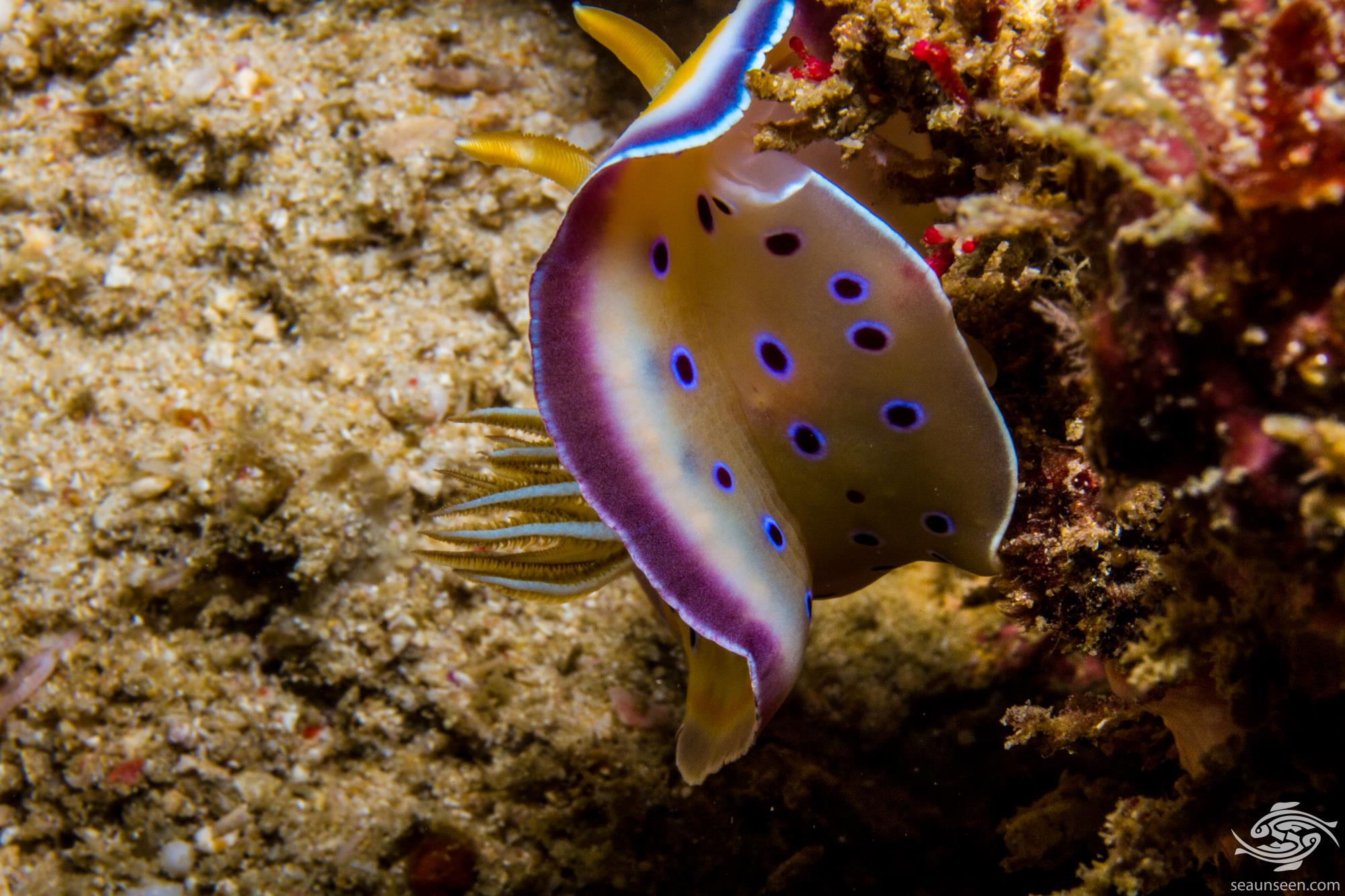 The gills are white and have black/purple markings on the sides. The rhinophores are yellow. As can be seen above, the underside has a purple line around the edge with similar markings as on the upper body.  A very attractive looking nudibranch as their name suggests. 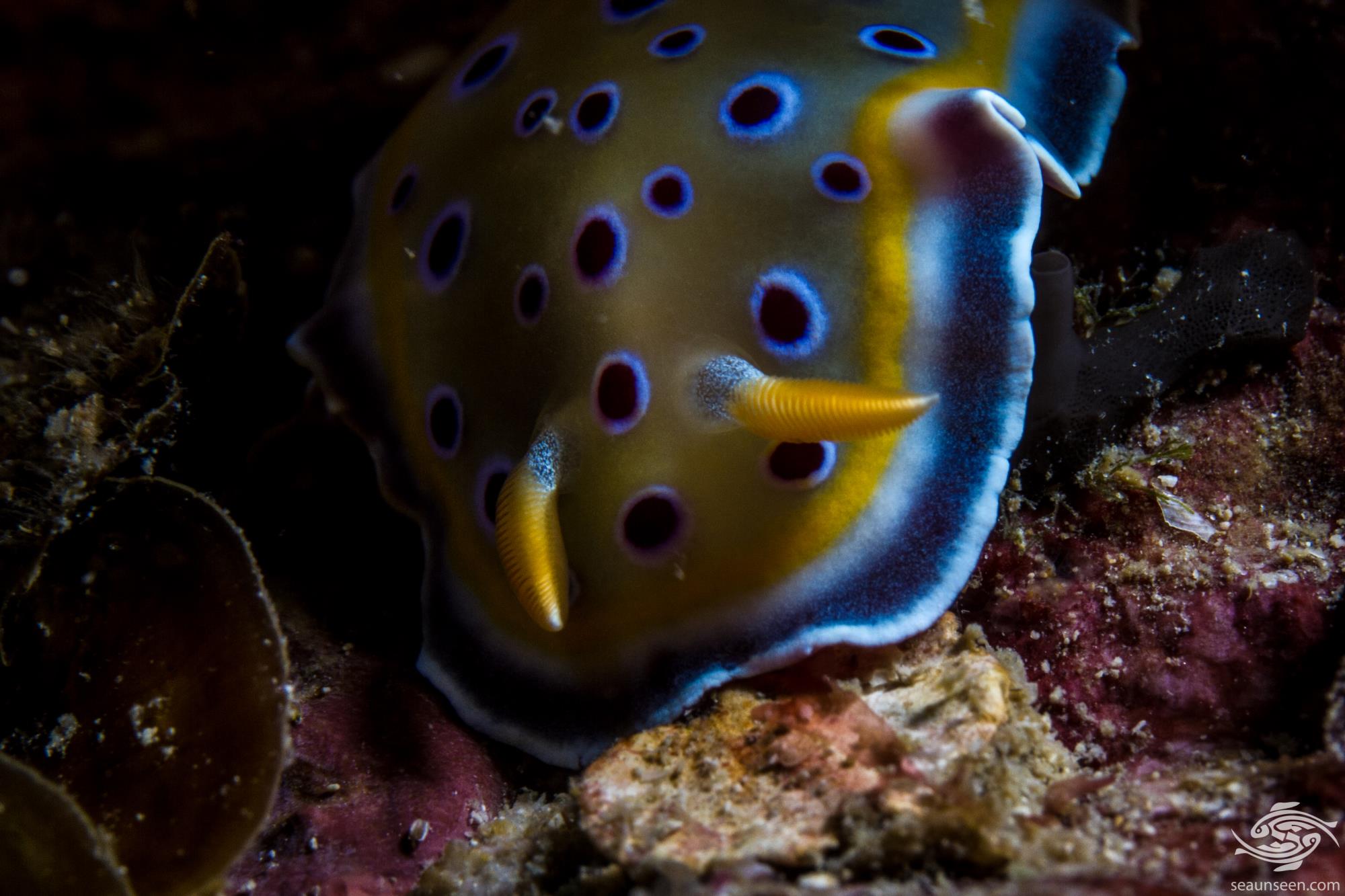 GONIOBRANCHUS GEMINUS IN THE WILD

We have mainly seen specimens of Goniobranchus geminus on fairly deep walls at around 20 plus meters in depth. To date we have only seen them during the day. They are not common but neither are they rare. 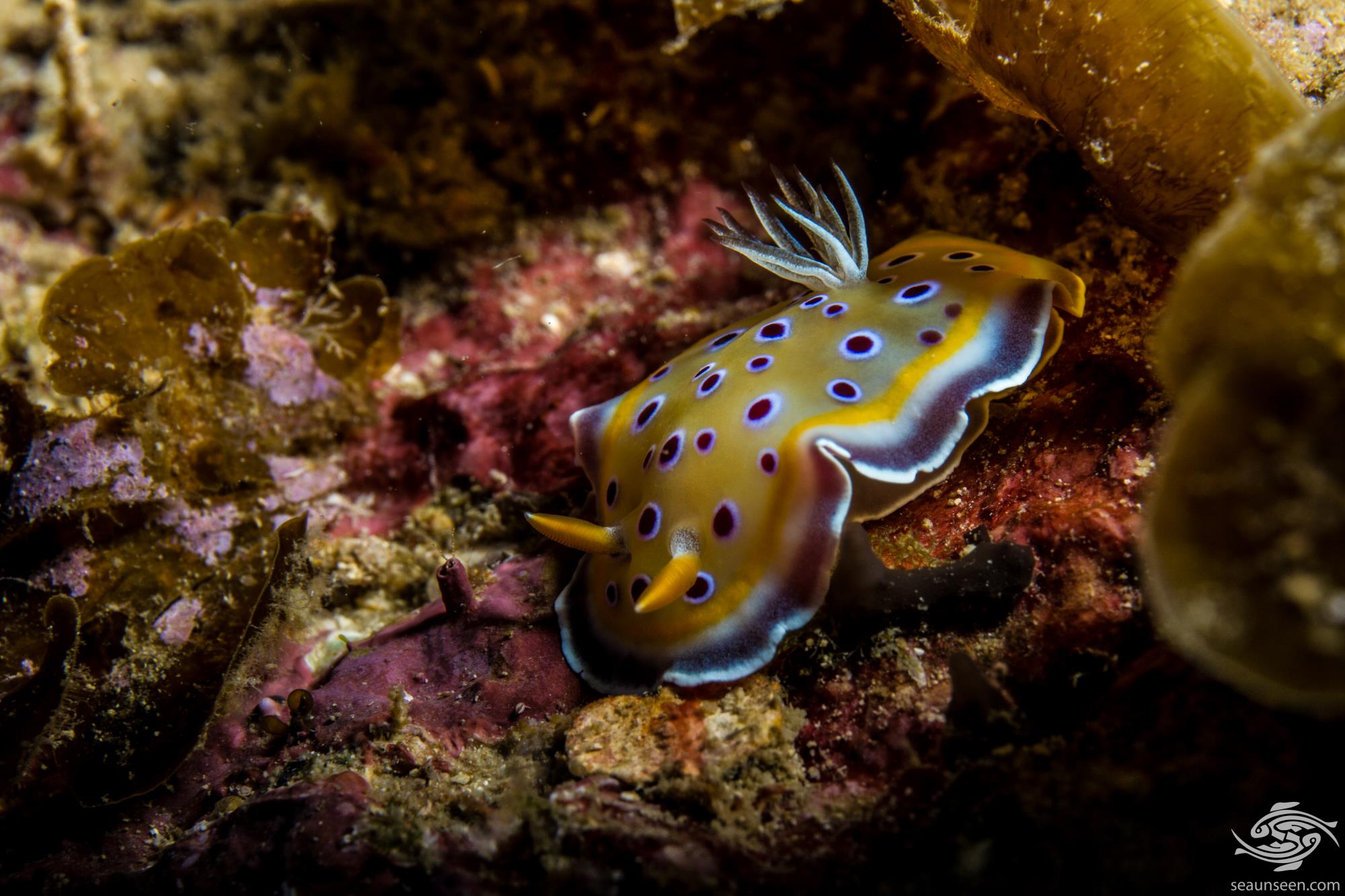 The distribution of Goniobranchus geminus is from the East Coast of Africa across to Australia.  They are usually seen on coral reefs feeding on sponges. 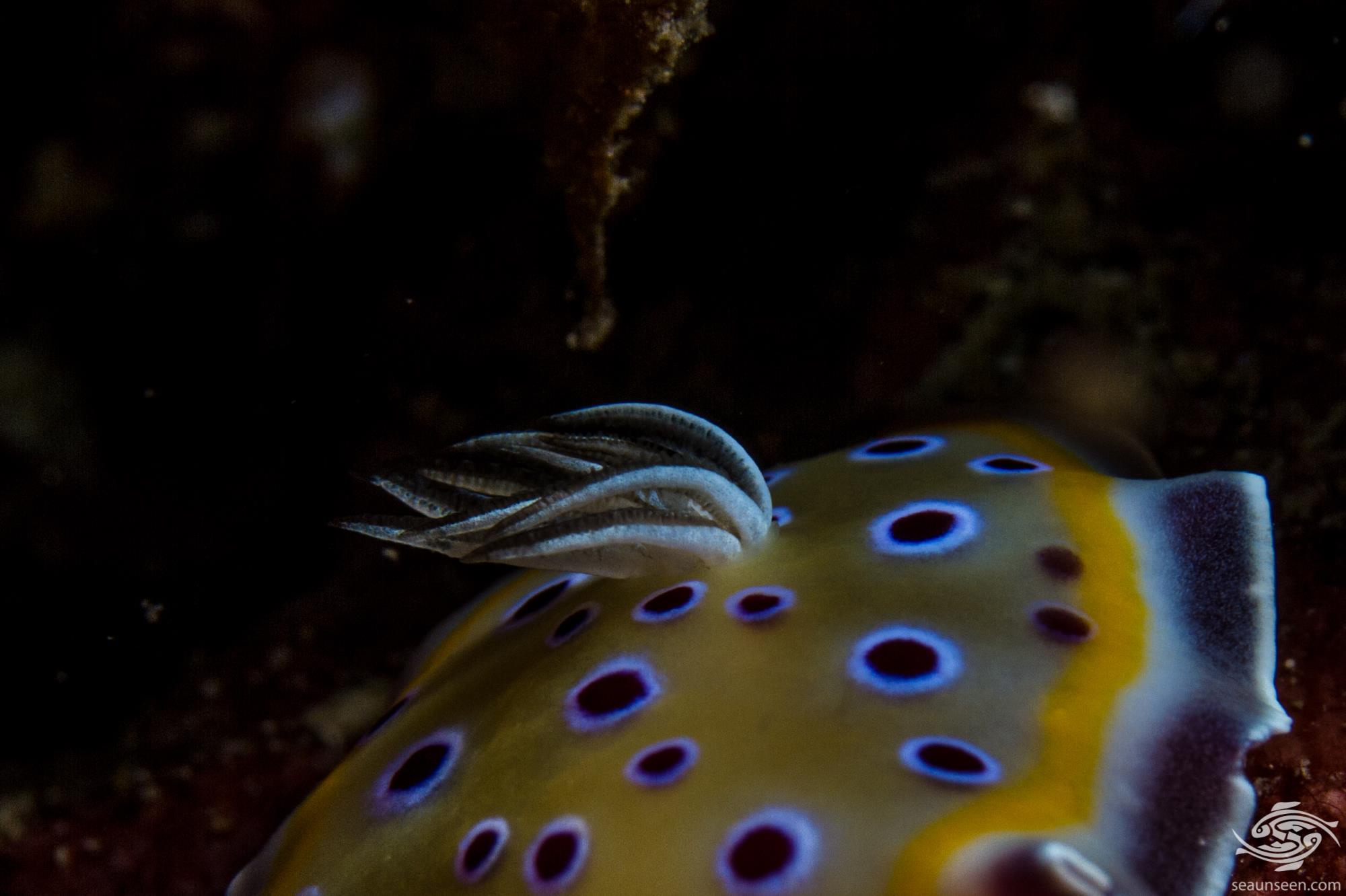 The Goniobranchus geminus feed exclusively on sponges. They may absorb poisons from the sponges, which provide them with protection. 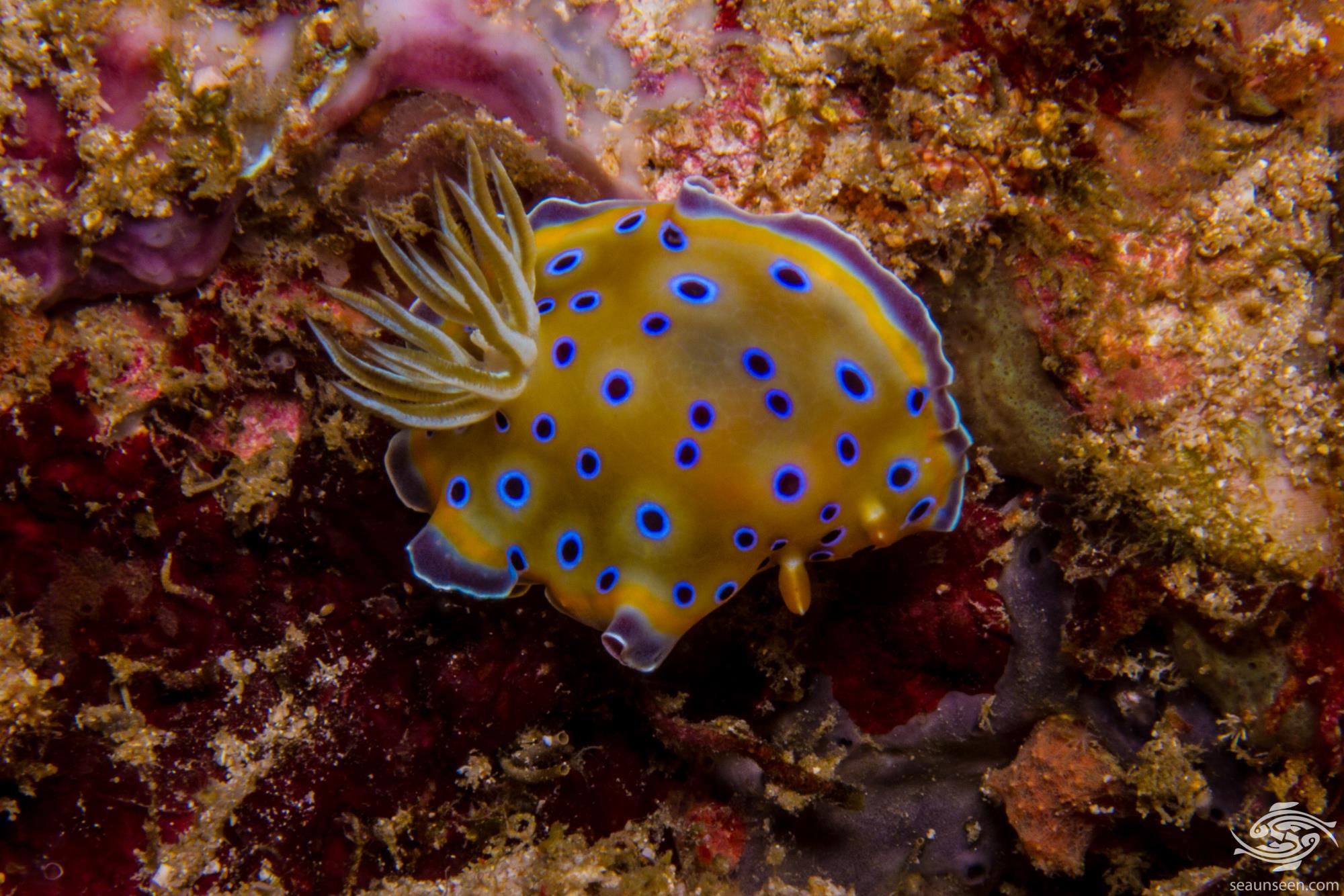 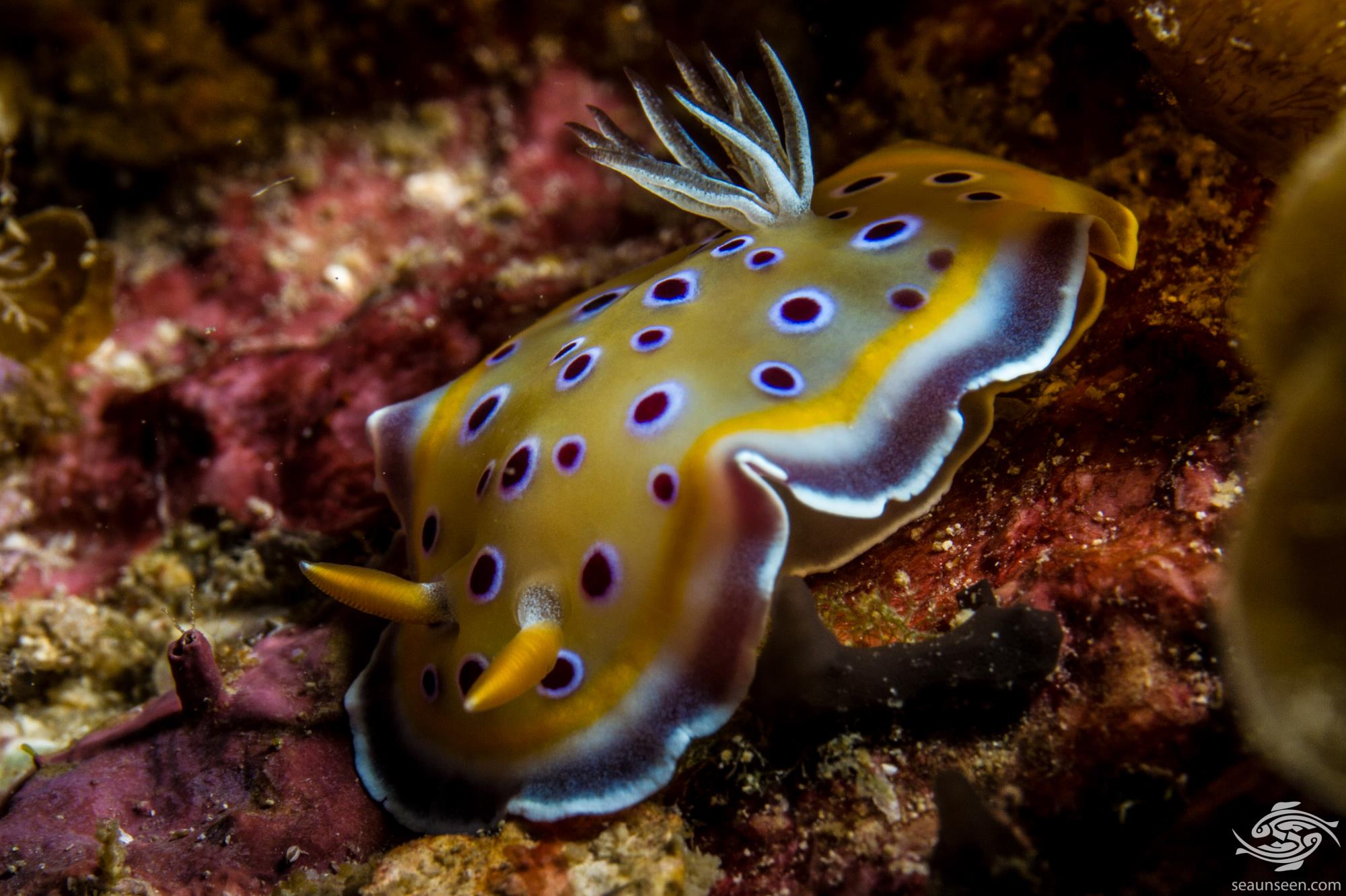 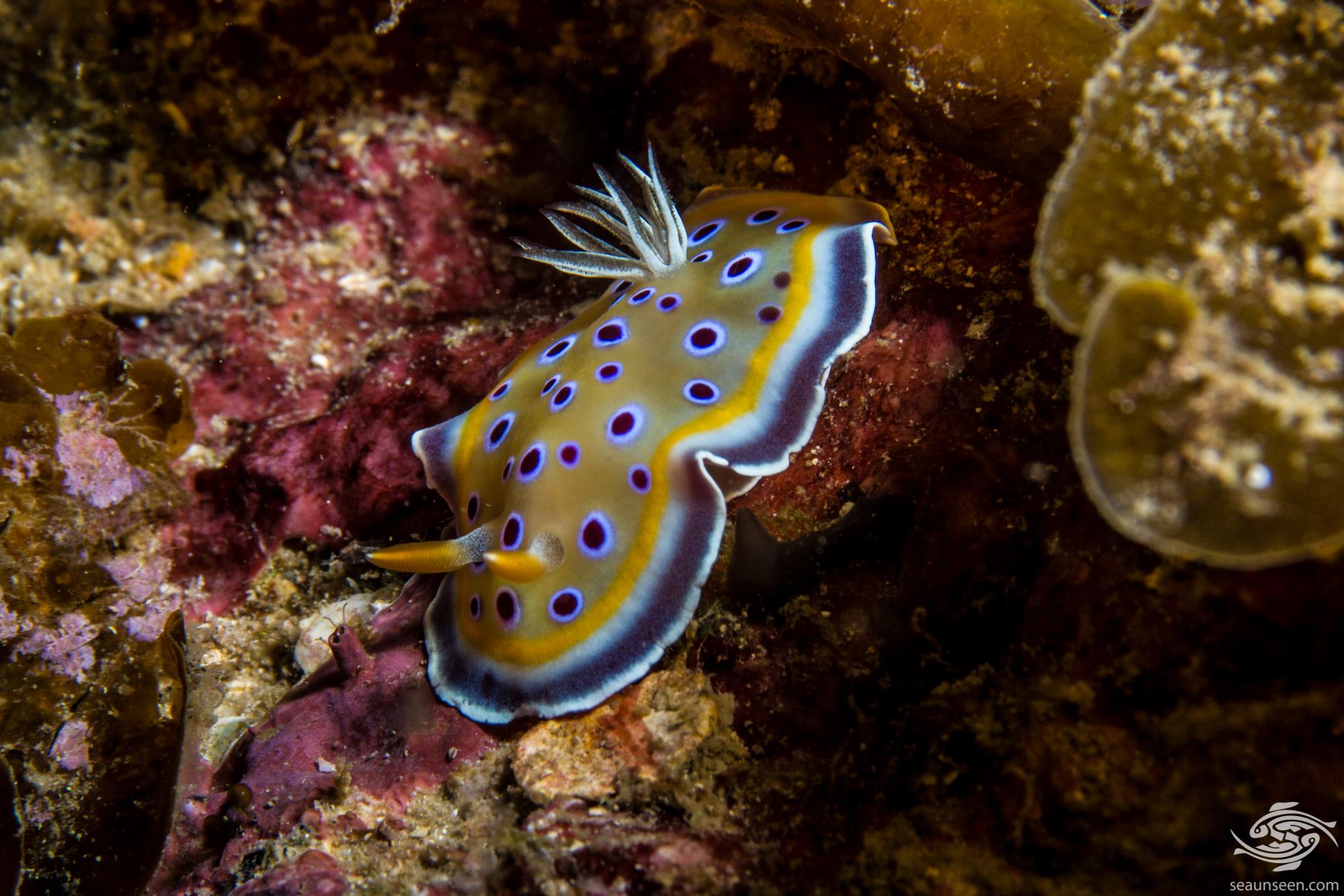 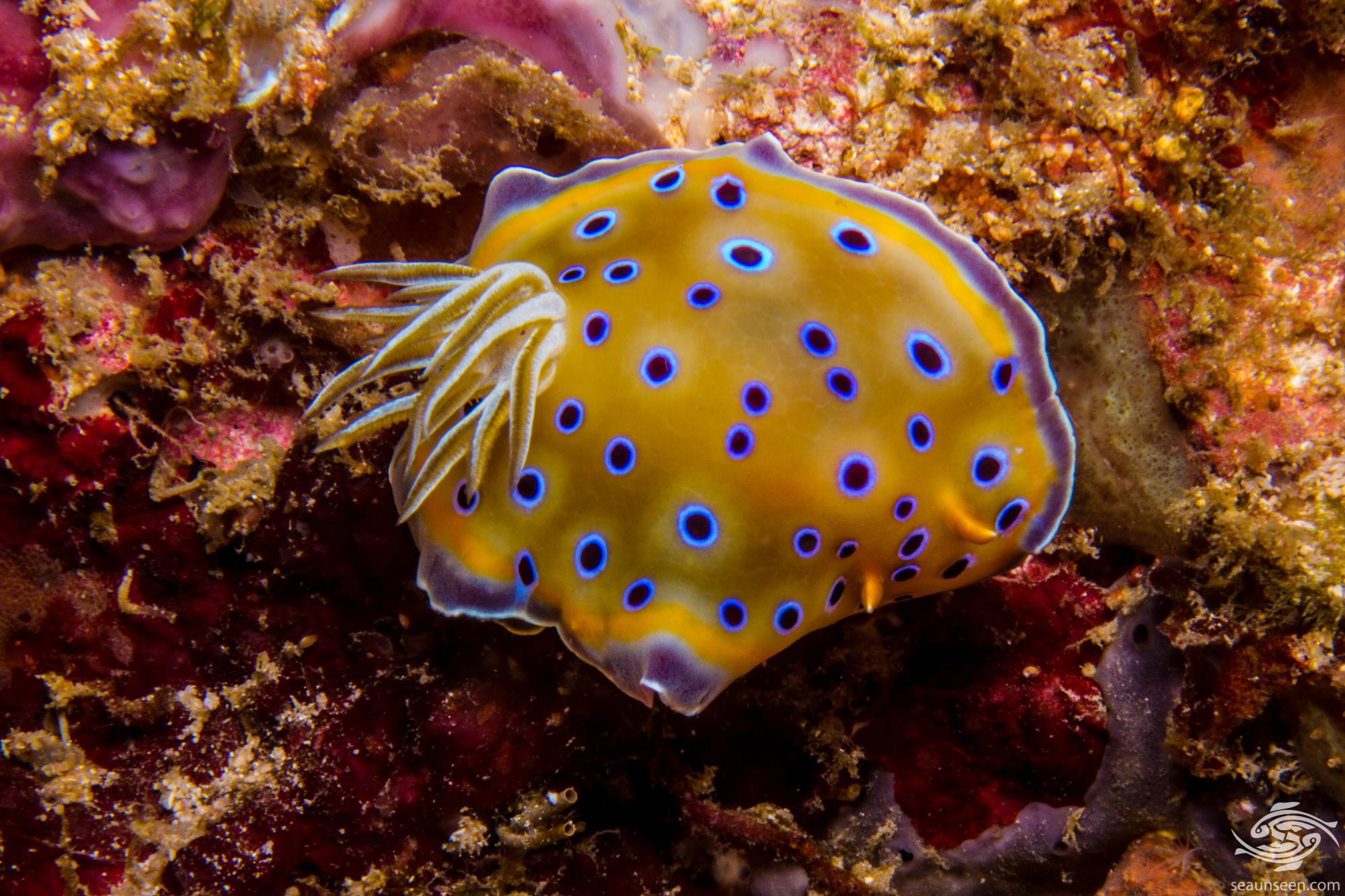