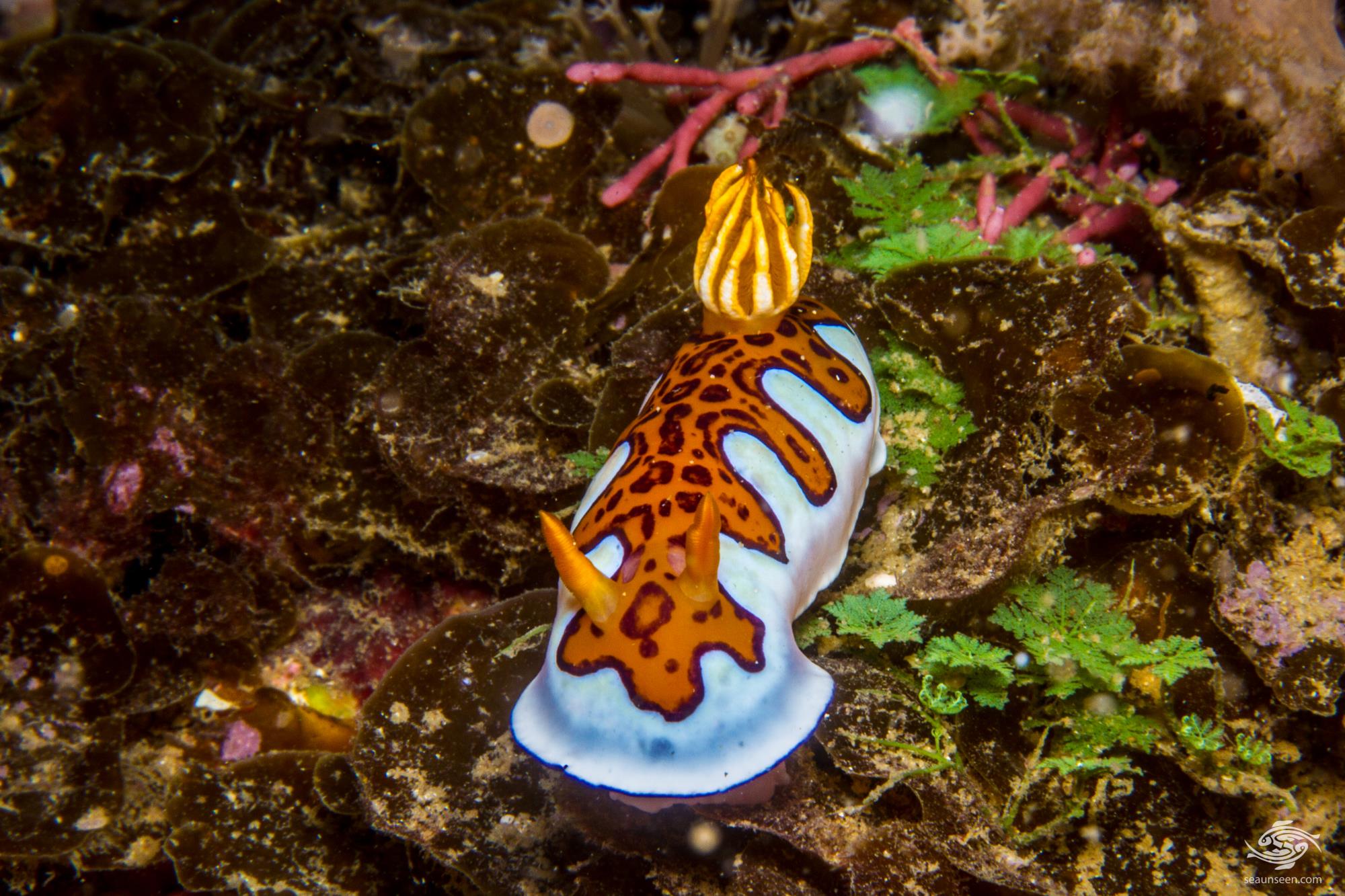 Goniobranchus gleniei is not very common in the waters around Dar es Salaam, Tanzania. They were initially described in Sri Lanka in 1858 by E.F Kelaart the Staff Surgeon for the British Army garrison in Trincomalee.

He named the species after his friend the Reverand Owen Glenie who was the Colonial Chaplain in Trincomalee at the time. They were initially described as Doris gleniei which was subsequently changed to Chromodoris gleniei and they were moved to the Goniobranchus genus in 2012.  They are similar in appearance to Goniobranchus coi which are found in the Western Pacific.

Goniobranchus gleniei have an elongated shape with an overall white body with a dark orange marking running down the center of the body. This marking is ringed in darker brown and usually has four branches to each side. On the orange there are random dark brown lines and shapes. The Rhinopores are orange and the gills are white on the exterior face and orange on the interior faces. The underside of the mantle on the anterior side is a brilliant purple colour. They grow up to 75 mm in length but most are smaller in the 35 mm range. 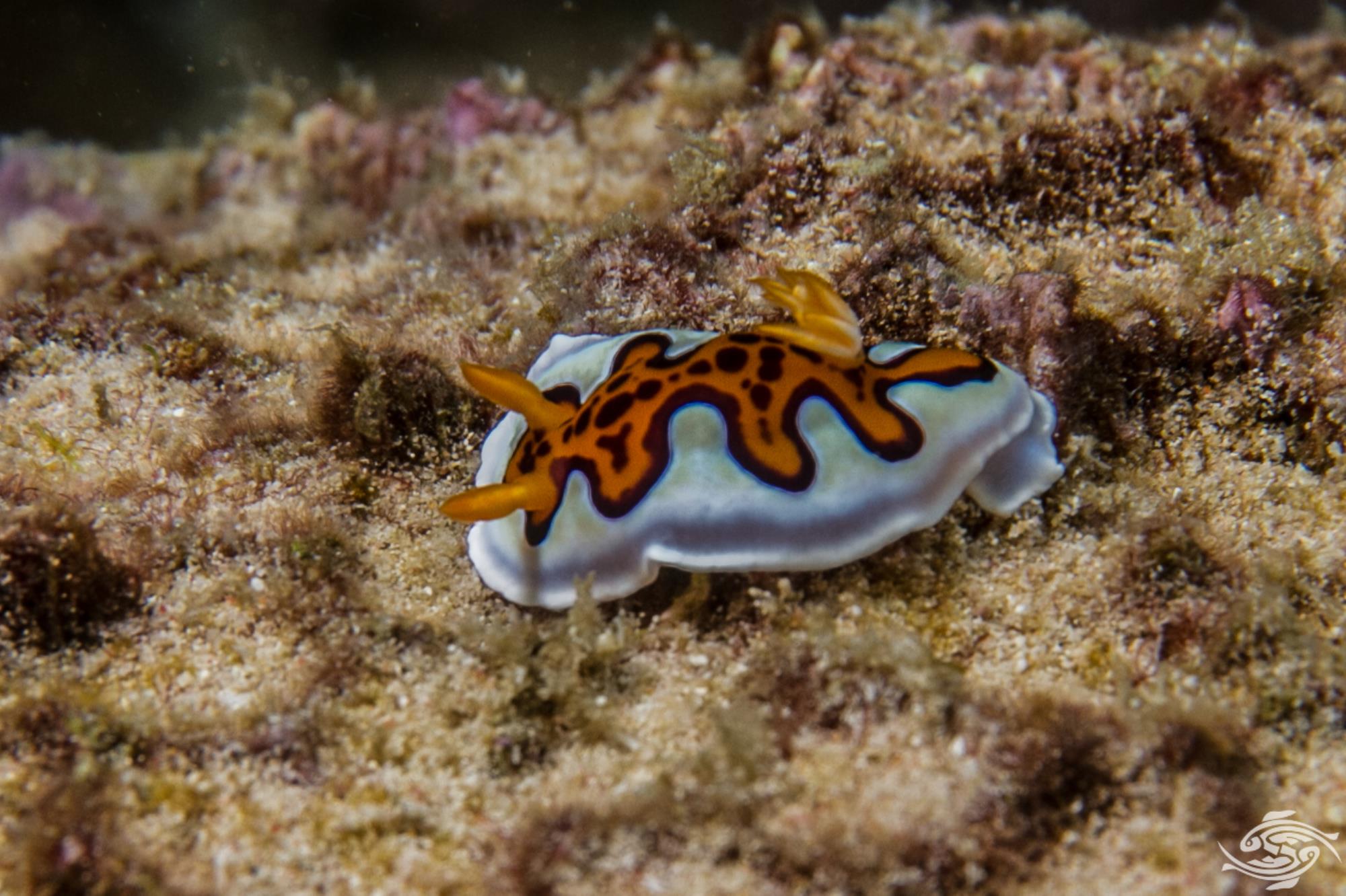 The majority of the specimens we have seen have been in the 35 mm range and we have only seen one larger specimen ( in the images) When crawling they sometimes flap the forward section of their mantle upwards exposing the purple underneath. Given that their diet appears to be sponges, it is safe to assume they absorb toxins from the sponges. 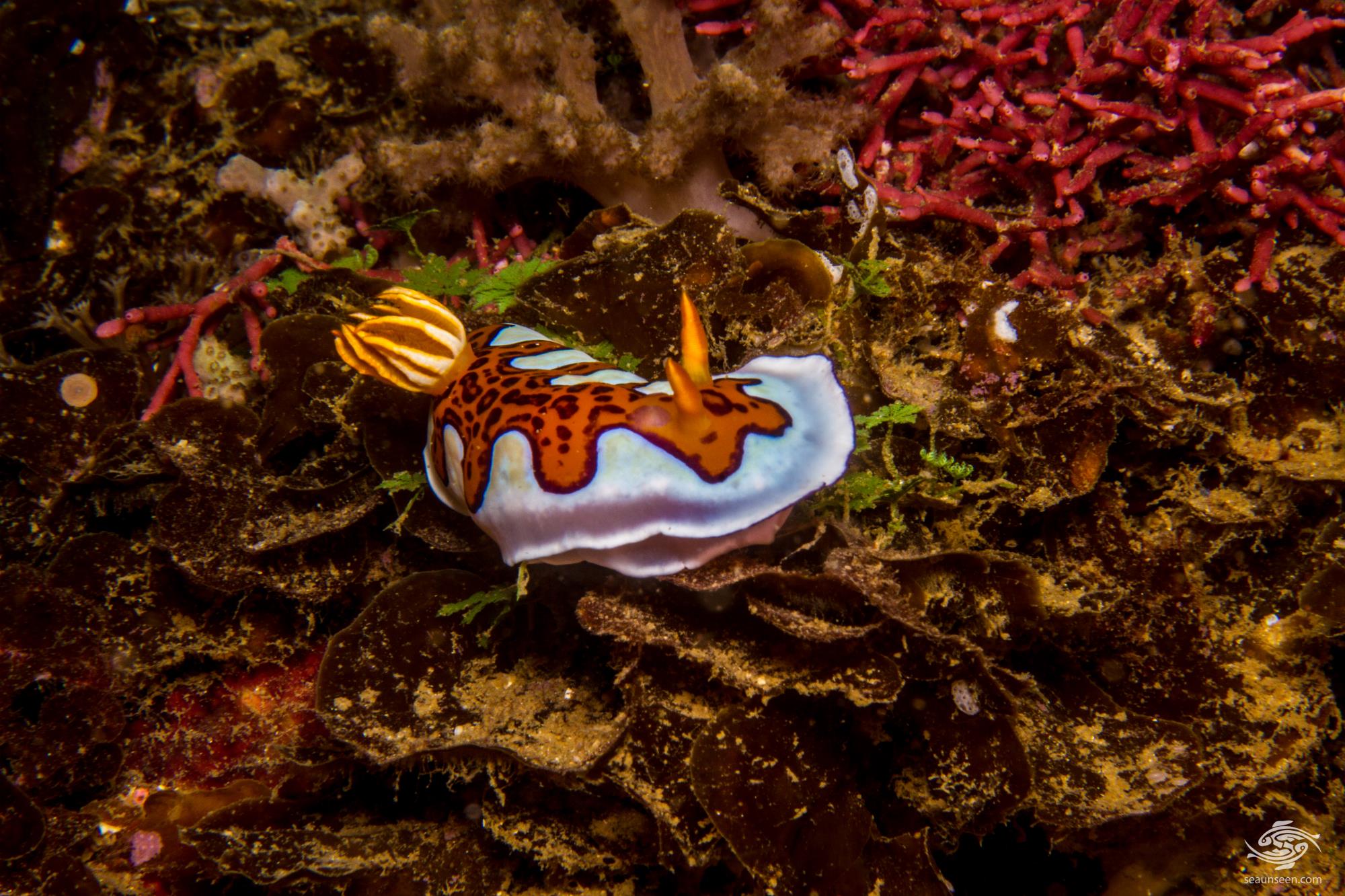 Goniobranchus gleniei appears to be confined to the Indian Ocean and their “sibling” species which is similar in looks Goniobranchus Coi is found in the Western Pacific. 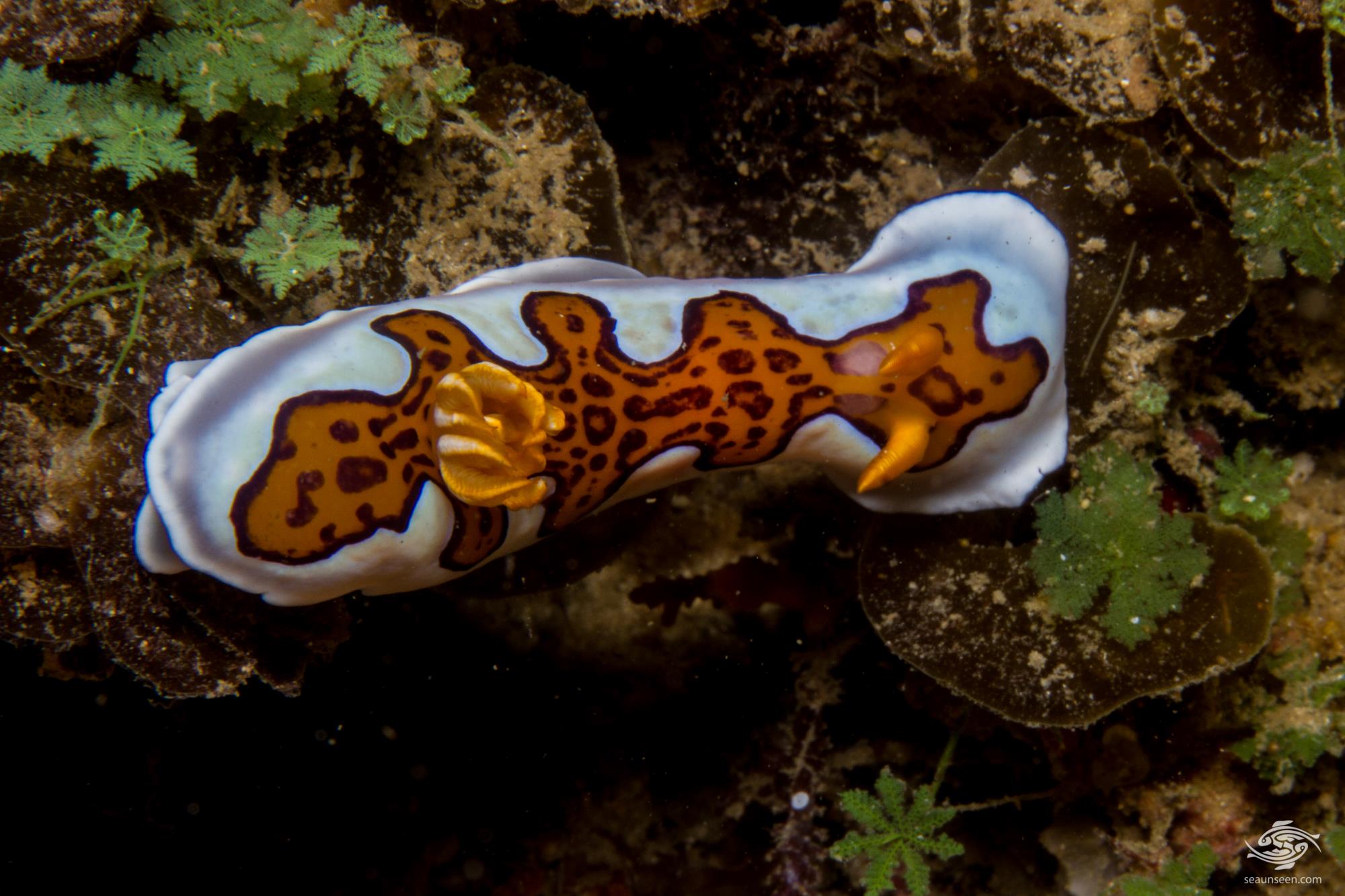 Goniobranchus gleniei feed on sponges and their sister species Goniobranchus coi has been recorded feeding on a purplish species of sponge, Chelonaplysilla violacea. Nudibranchs have their teeth on their radula which is similar but not quite the same as a tongue. Food is grasped and processed by the radula and passed through the esophagus into the stomach. After digestion waste products pass through the intestine out the anus, which in dorid nudibranchs is in the middle of the gills. 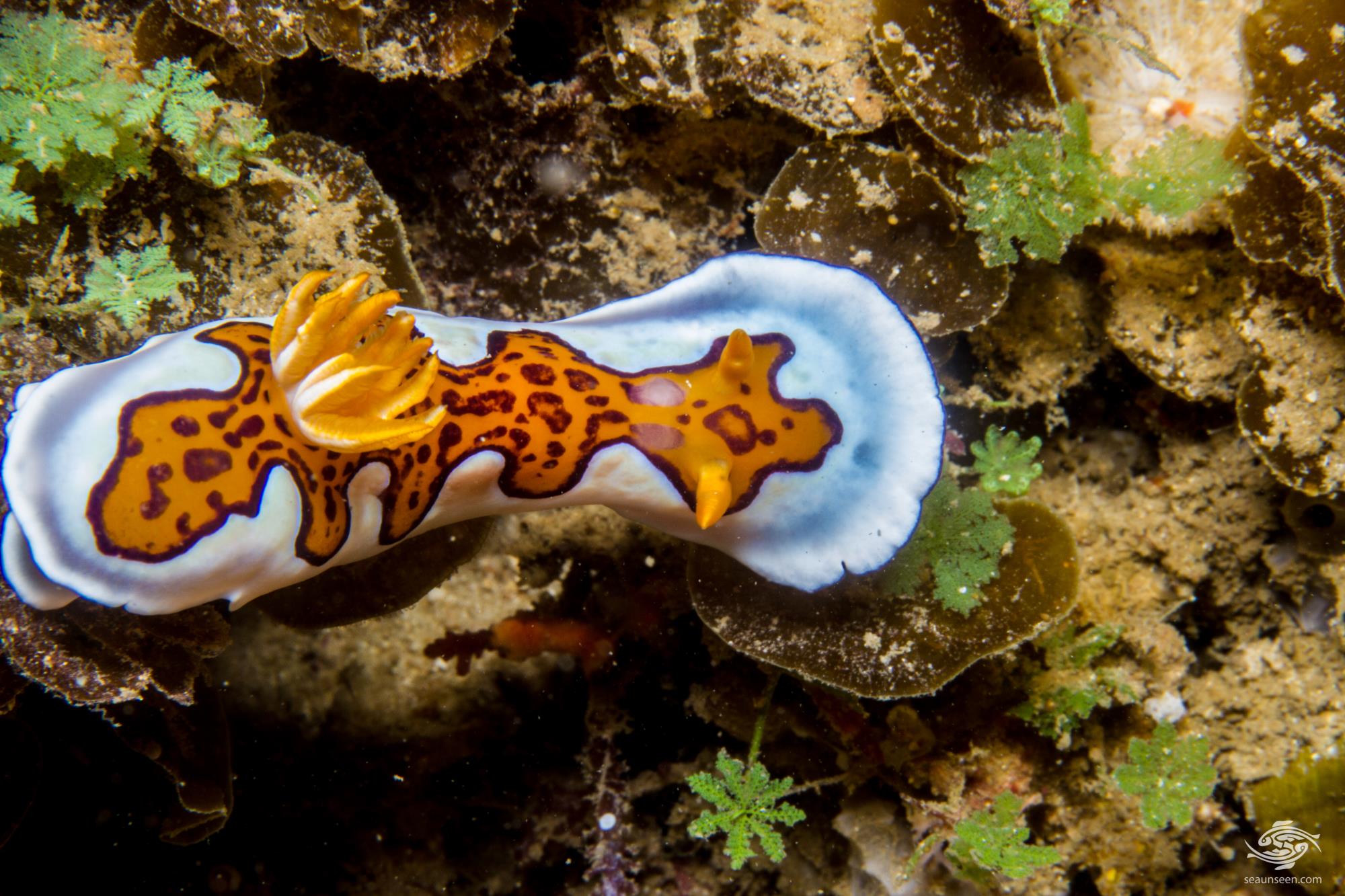 They are simultaneous hermaphrodites and mating takes place by connecting the sexual organs which are on the right hand side of the body. Once the two organs hook up sperm is transferred across to each specimen. Eggs are laid on a solid substrate and when they hatch the larvae become planktonic before growing into adults. 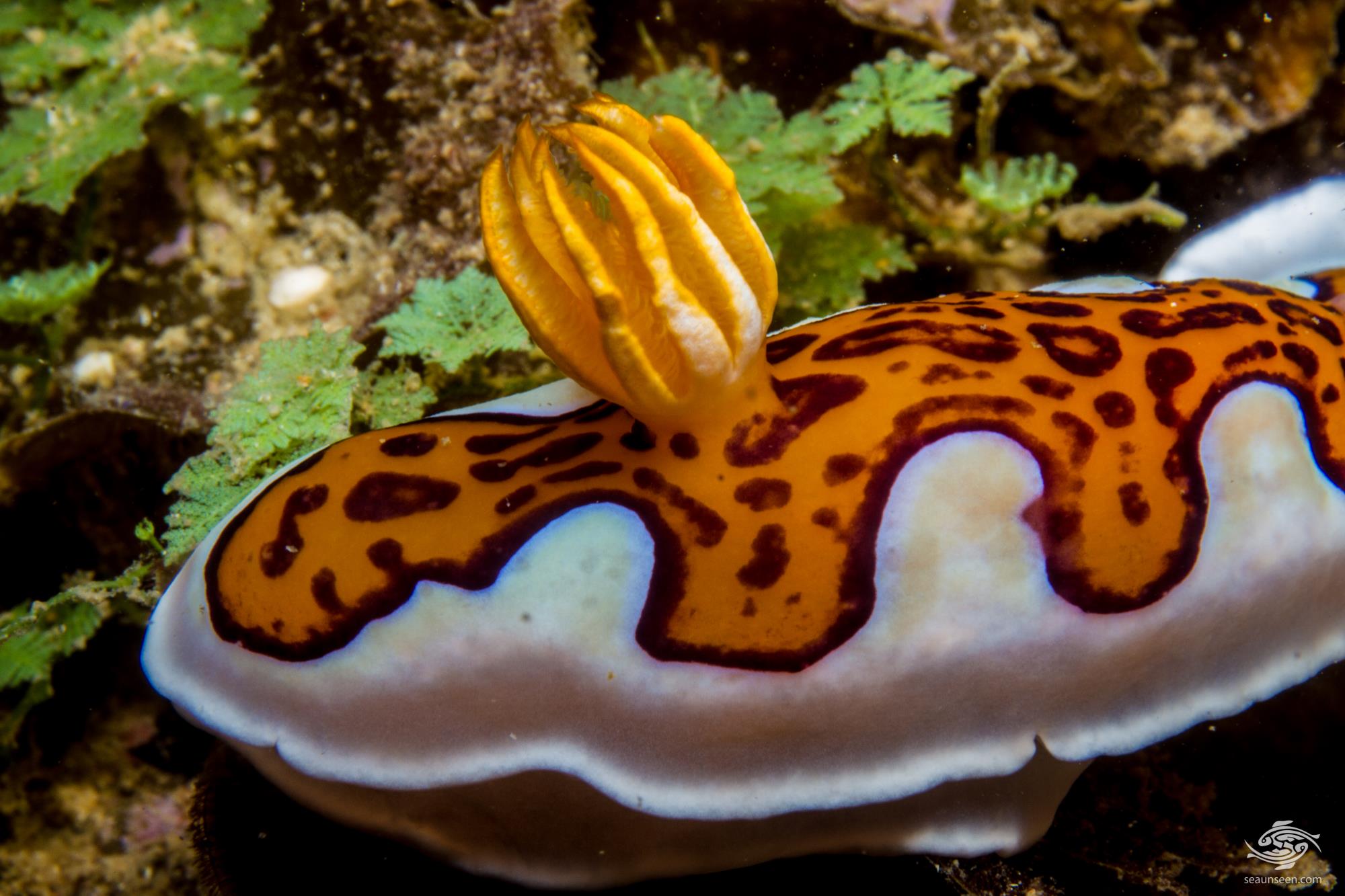 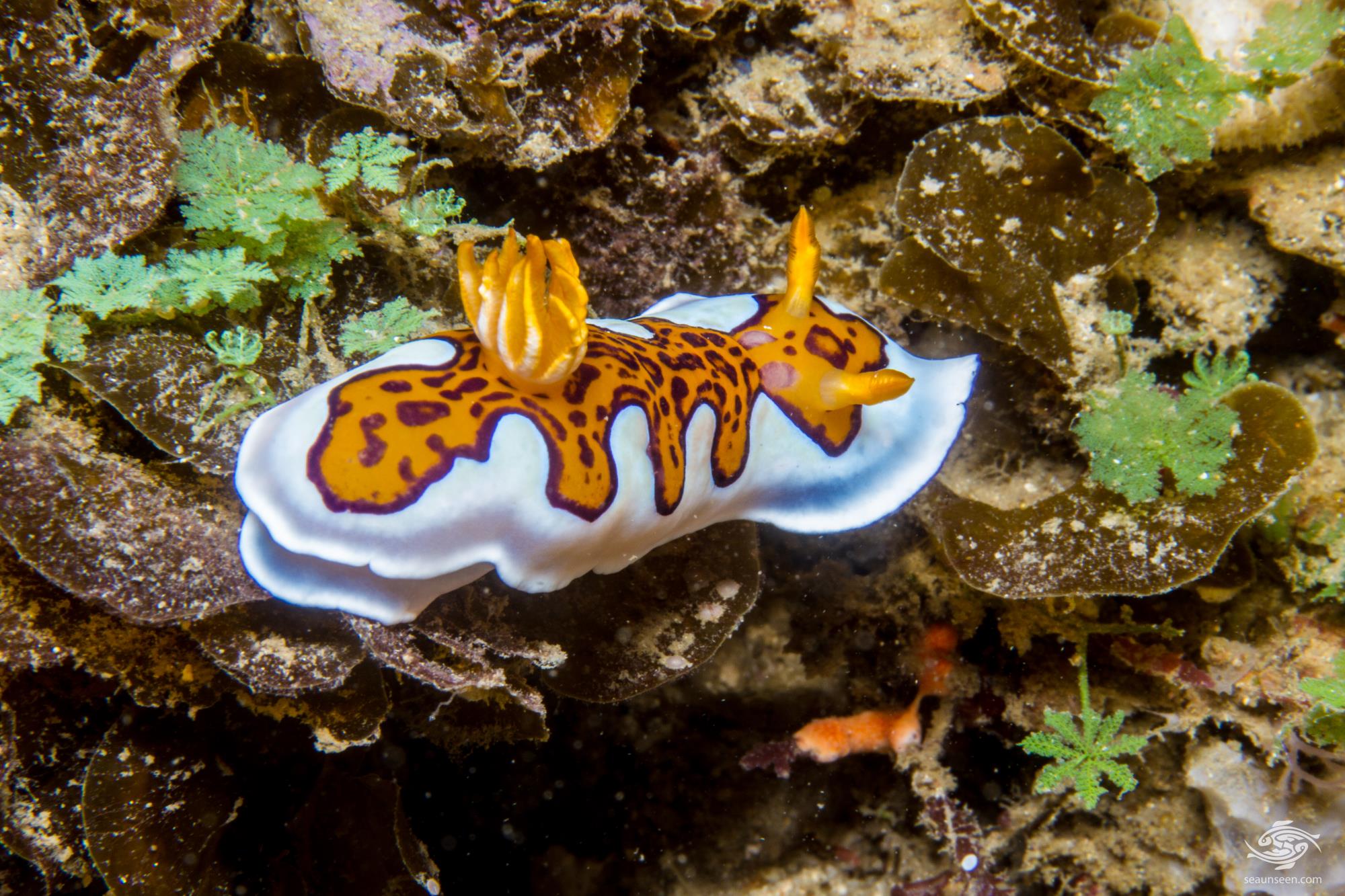 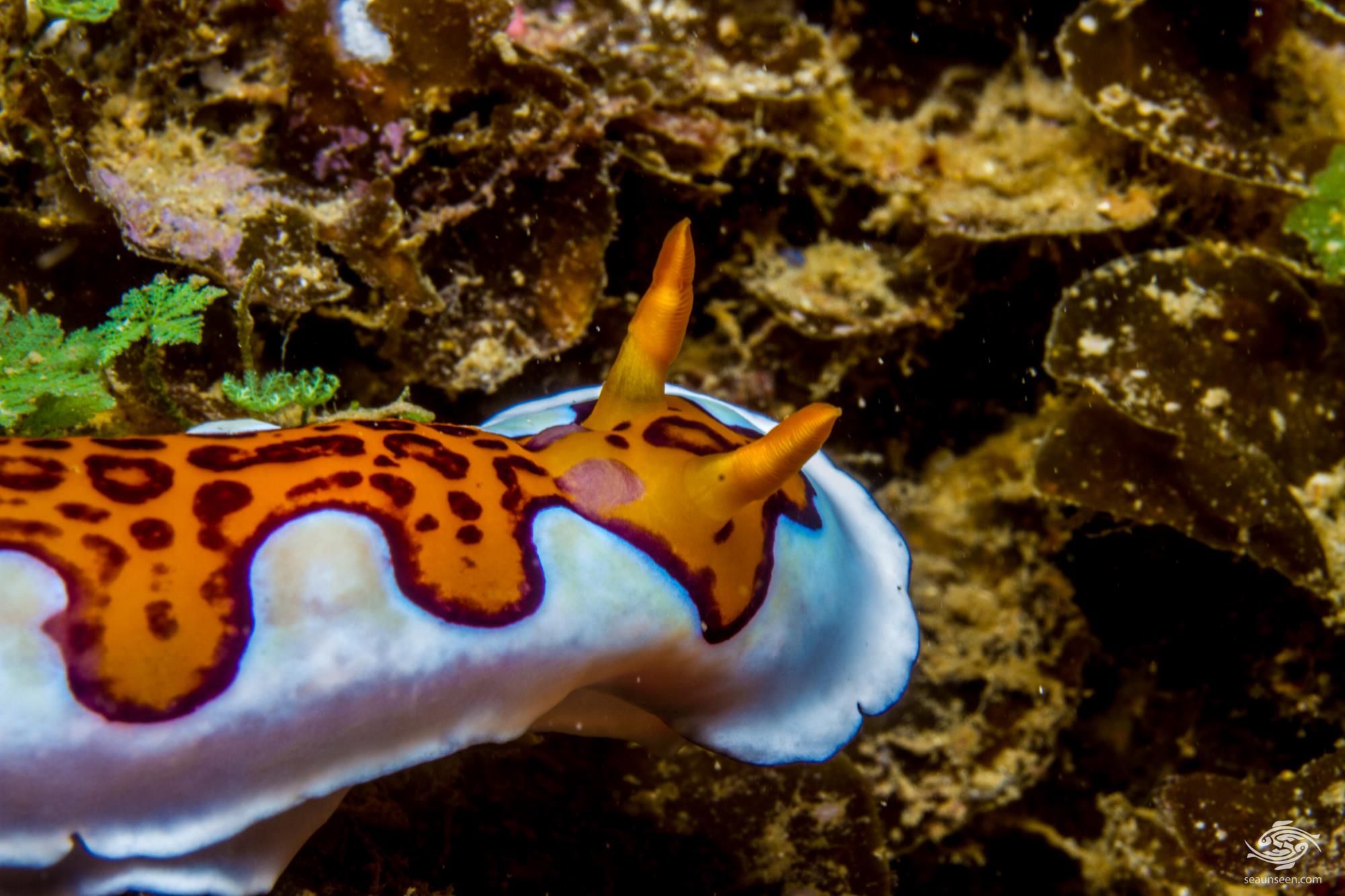