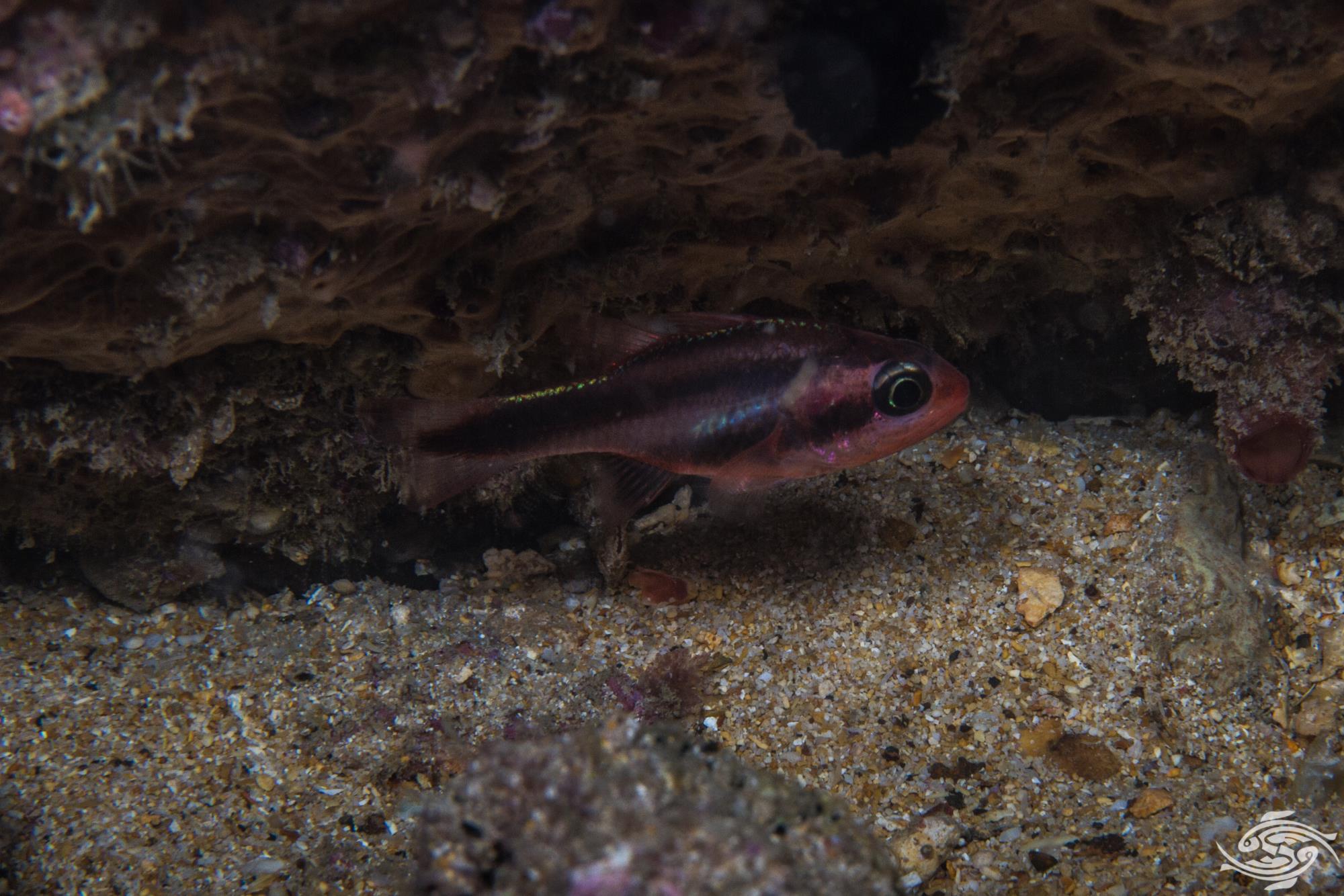 The Halfband Cardinalfish, Apogon Semiornatus is also known as the Oblique-banded cardinalfish. They are not commonly seen fish because of their nocturnal habits and to date have only been seen in Tanzanian waters on the wreck of the Slemmestad at night. 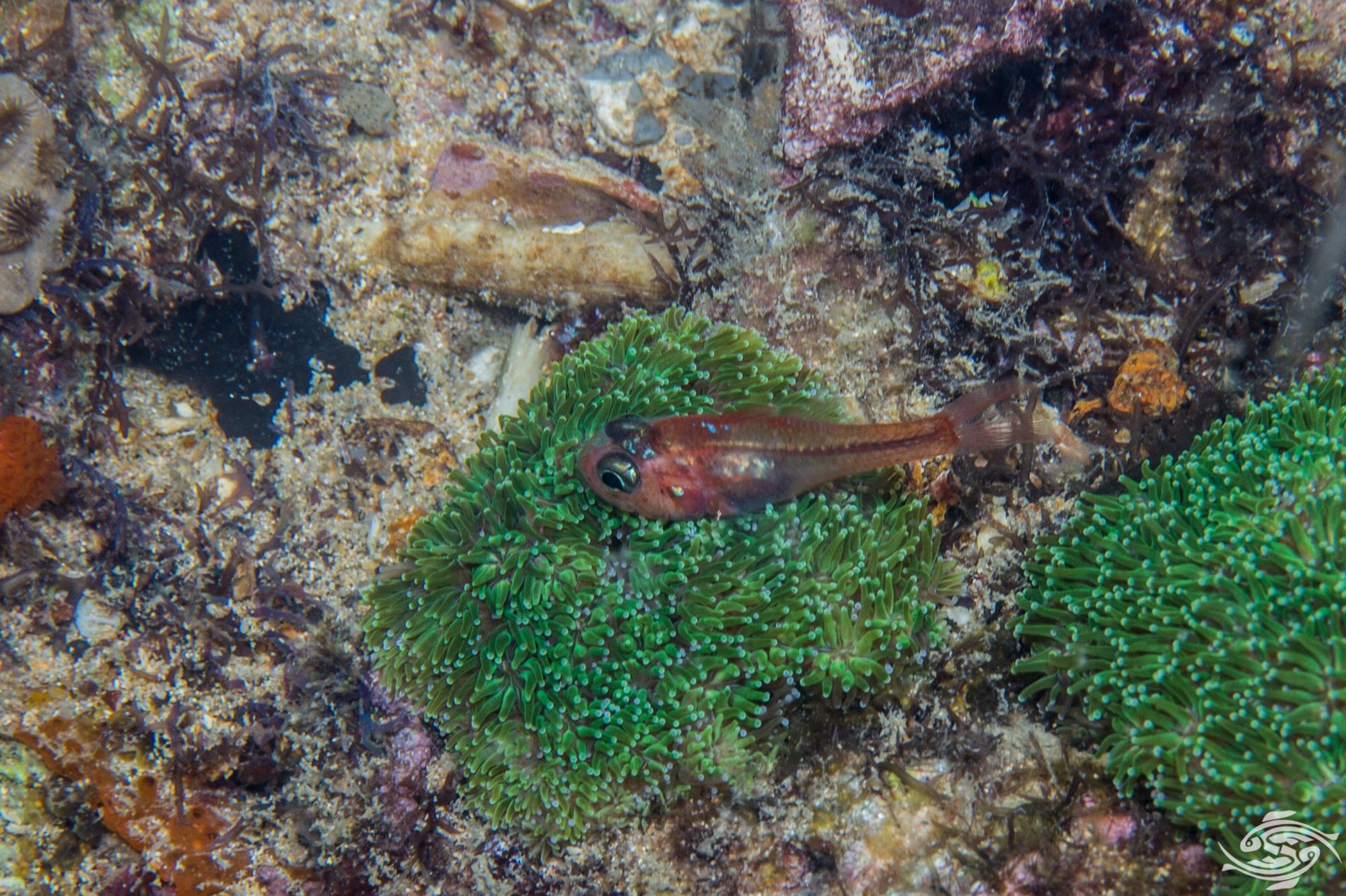 The body is a pinkish transparent colour and there are two thick black bands running across the body. As can be seen in the images there are some gold reflective flecks across the dorsal area. The juveniles as seen above are transparent developing the black bands as they age. There is a black ring around the eyes. 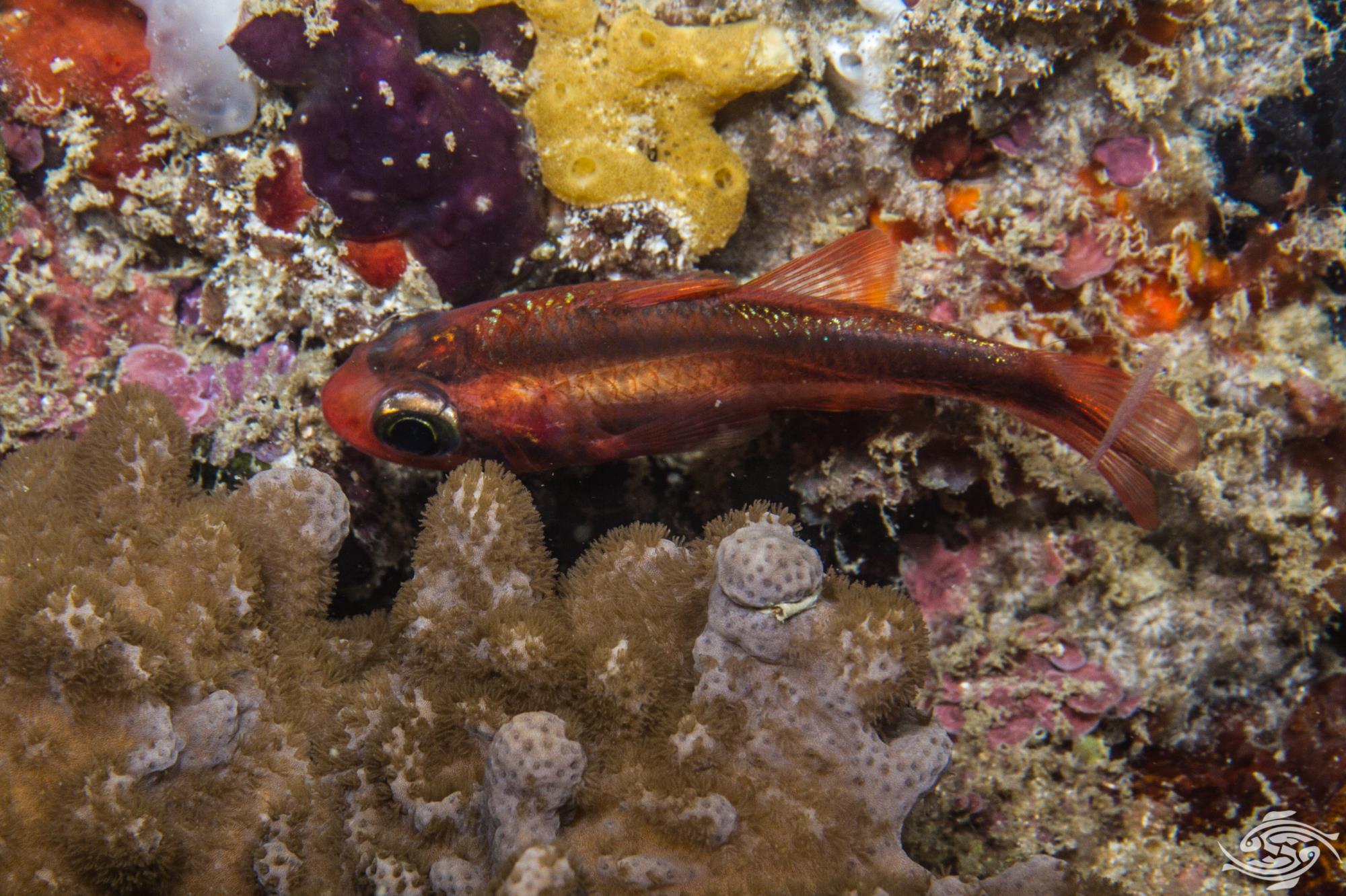 HALFBAND CARDINALFISH IN THE WILD

The Halfband Cardinalfish are nocturnal feeders and during the day hide in crevices or deep caves. We have to date only seen them out at night and not in a very high density.  To date they have always been seen solitary and very far apart. 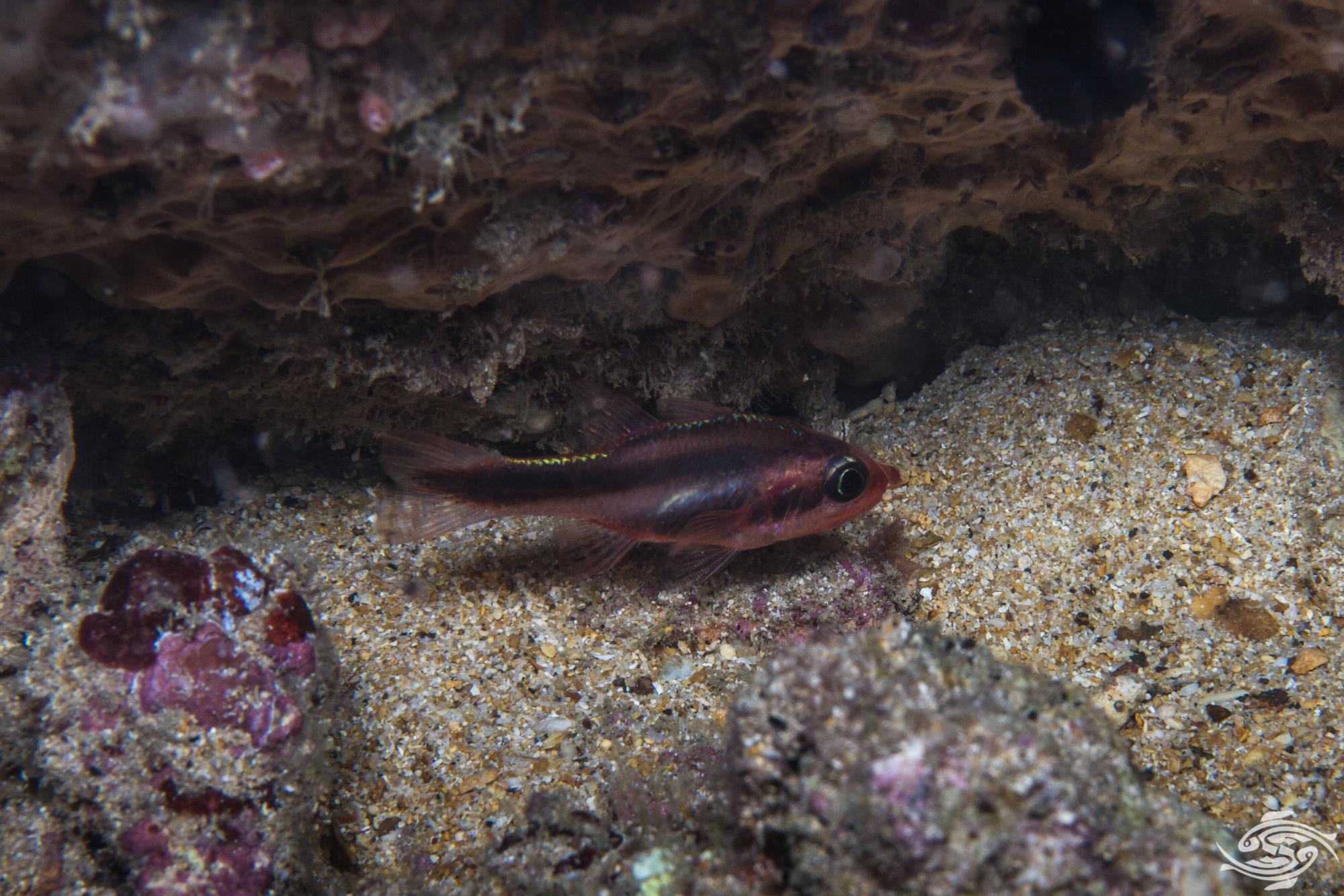 The Halfband Cardinalfish  is found across the Indian ocean and in the West Pacific up to Southern Japan and down to Australia. They have been found between depths of 6 to 8 meters in Tanzanian waters to date. 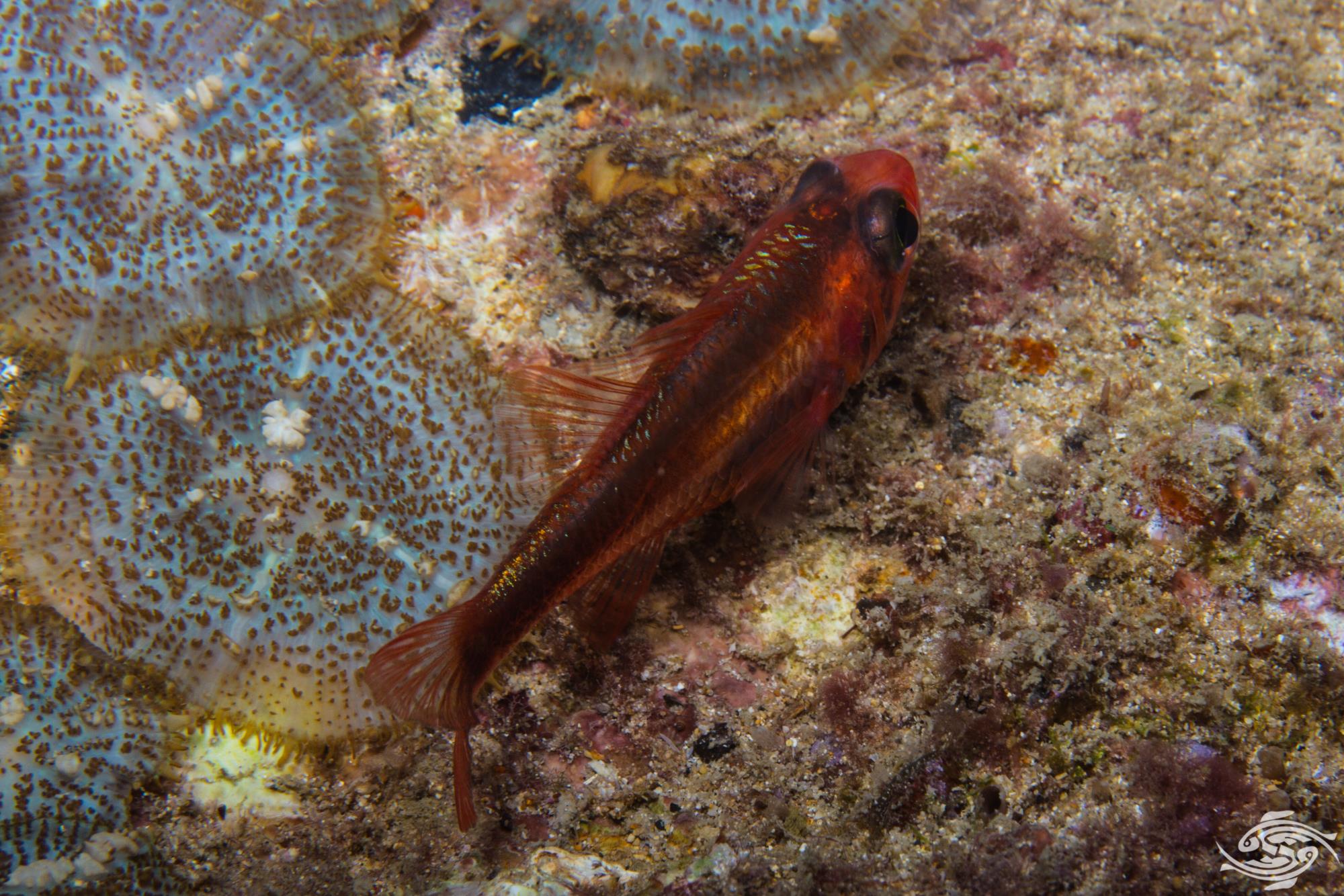 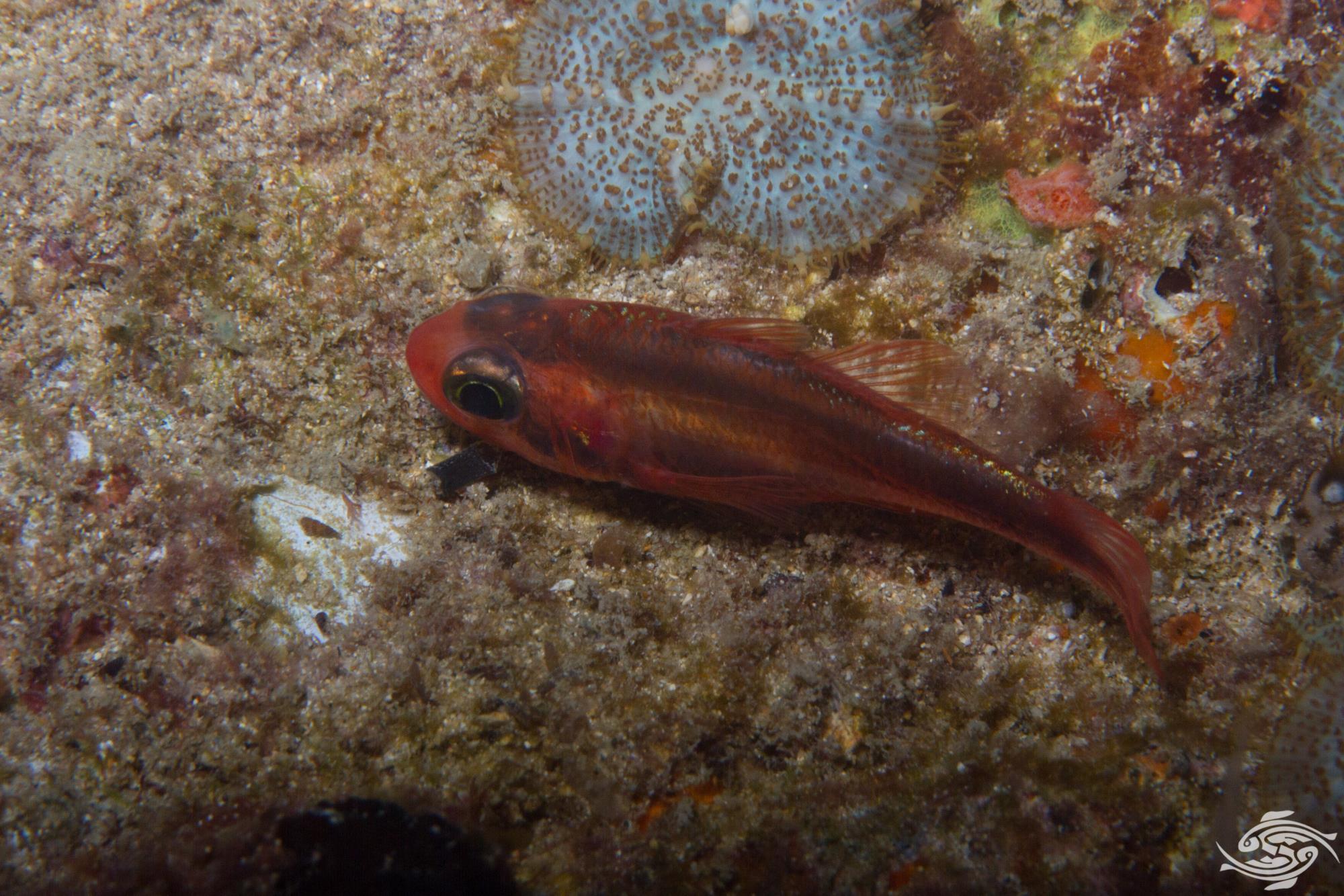 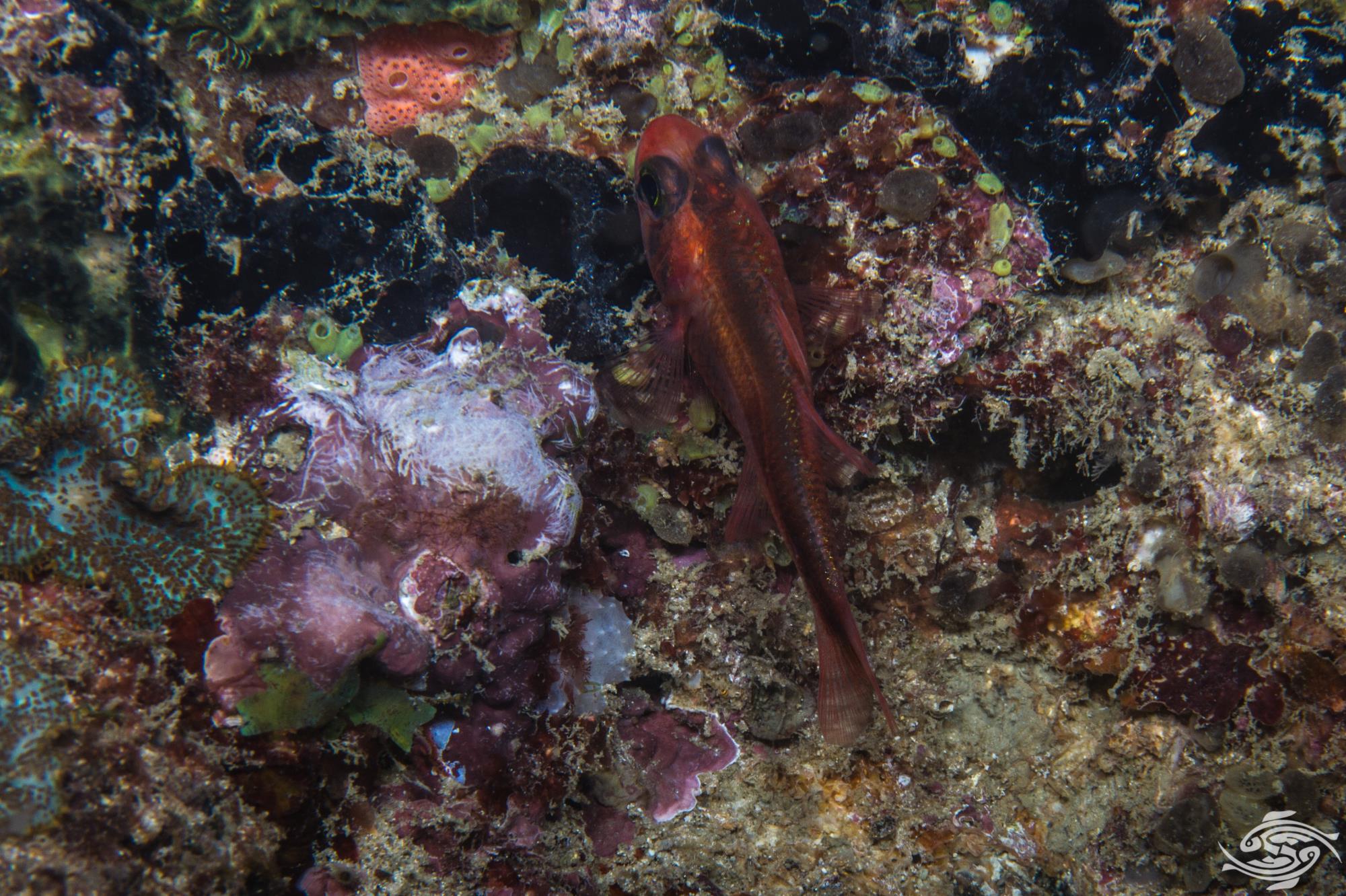 Halfband Cardinalfish are probably not commonly kept in aquariums being one of the lesser known species. Some cardinalfish have been bred in captivity by breeders such as Orafarm where they are occasionally available. 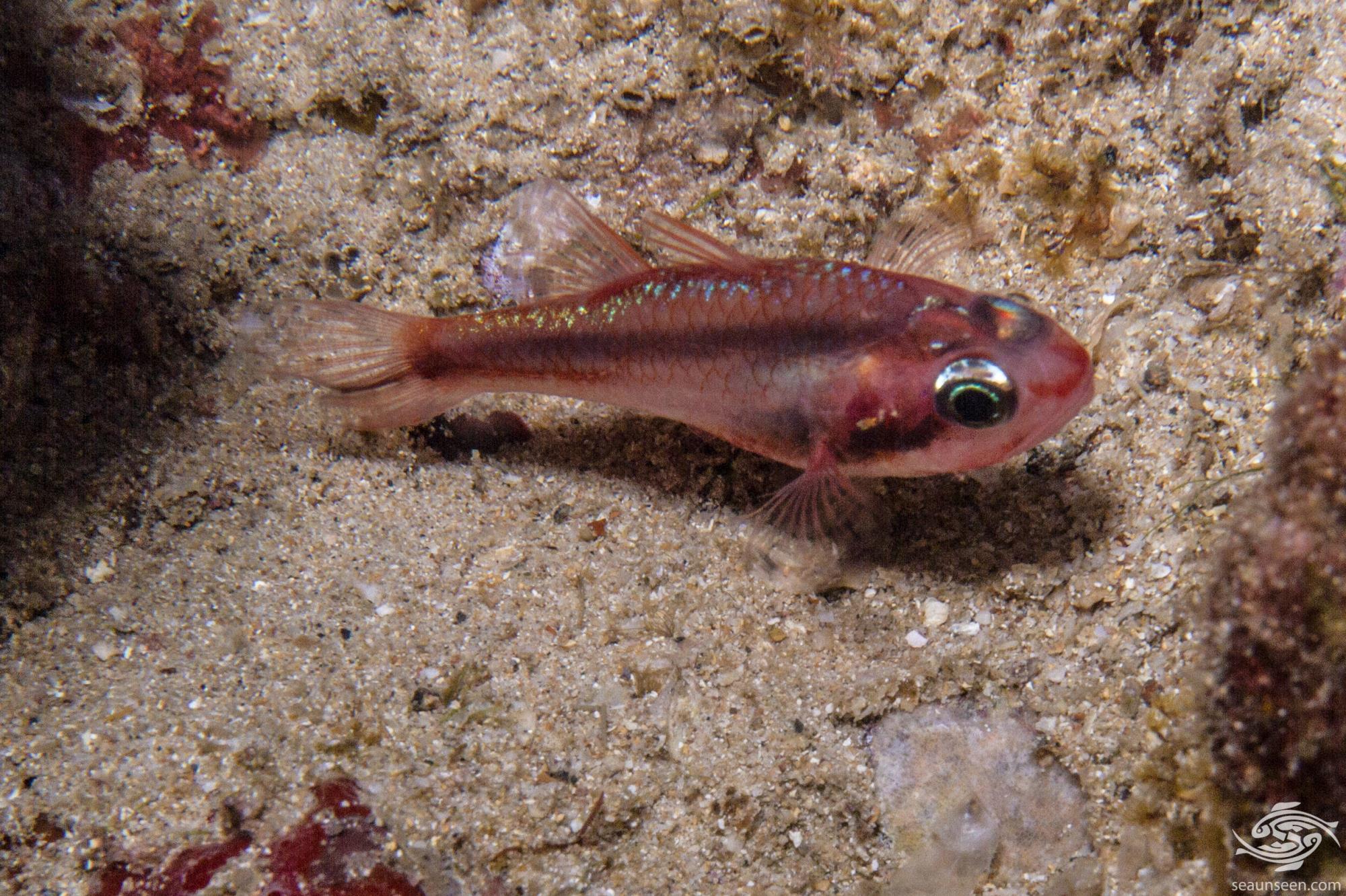