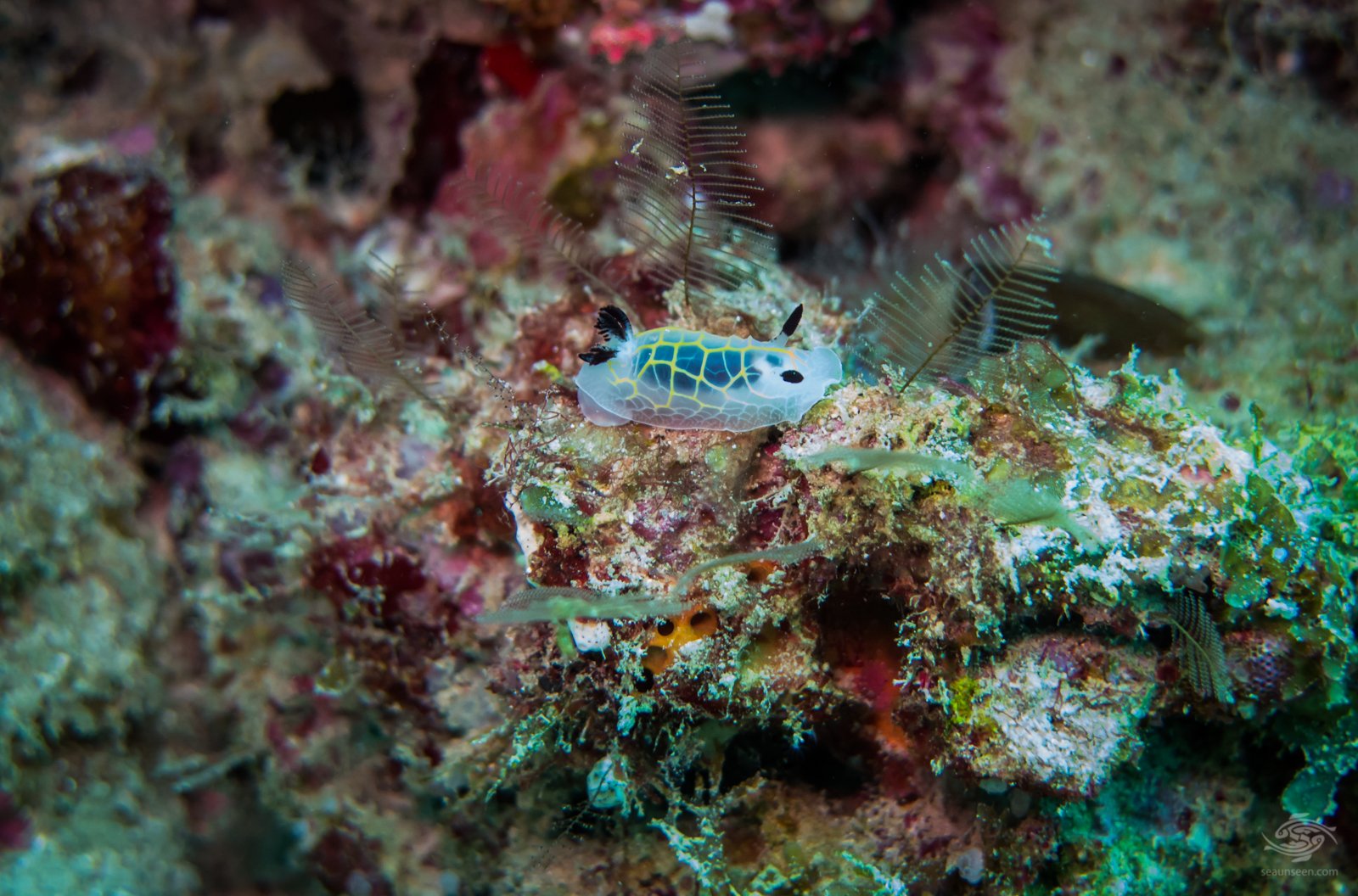 A beautiful white, black-tipped and yellow-web lined Halgerda toliara nudibranch, also known as a Tulear Halgerda. Photographed on the reef of Jena Wall outside of Mafia Island’s Chole Bay.

They are a species of sea slug, dorid nudibranchs which are shell less marine gastropods, in the family Discodorididae. Dorid nudibranchs are recognized by the gills which form a cluster on the posterior part of the body, around the anus. The fringes on the mantle contain no intestines. 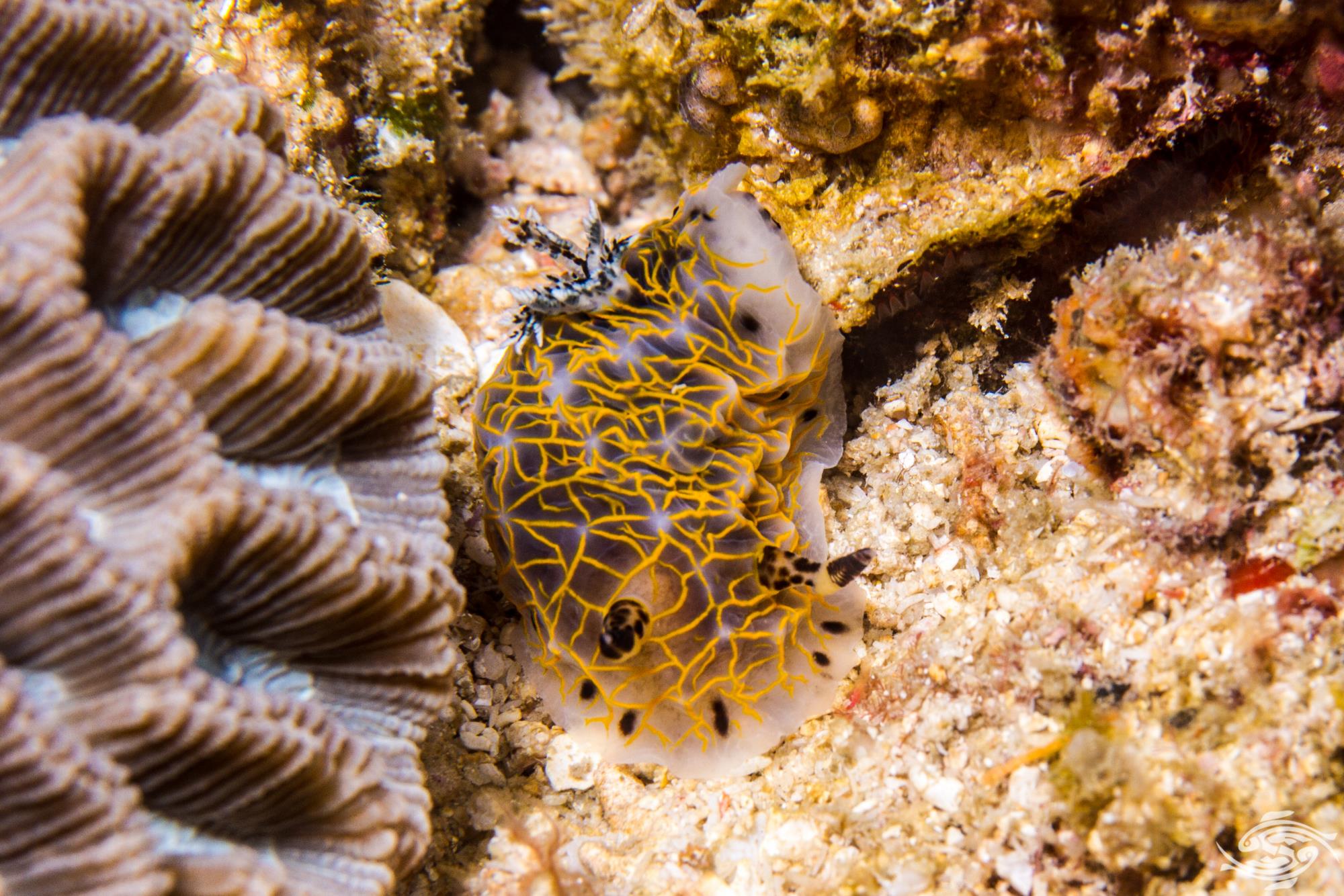 They body is a translucent white with a pattern of reticulate yellow ridges on the upper part. On the lower part of the body the yellow fades to white. On the upper part of the body the area between the ridges is often a translucent black color. The gills are white tipped with black and the rhinophore are tipped with black. Halgerda toliara grow up to 40mm in length but are typically smaller. They have the ability to withdraw their rhinophores into the body when they sense danger. This prevents them from being nipped off.

Rhinophores contain sensors used for detecting minute amounts of chemicals dissolved in the seawater and to monitor water currents. This gives them the ability to directionally track their prey, potential predators and potential mates. Fine hairs on the rhinophores give them a large surface area so that the maximum number of sensors can be packed onto them. 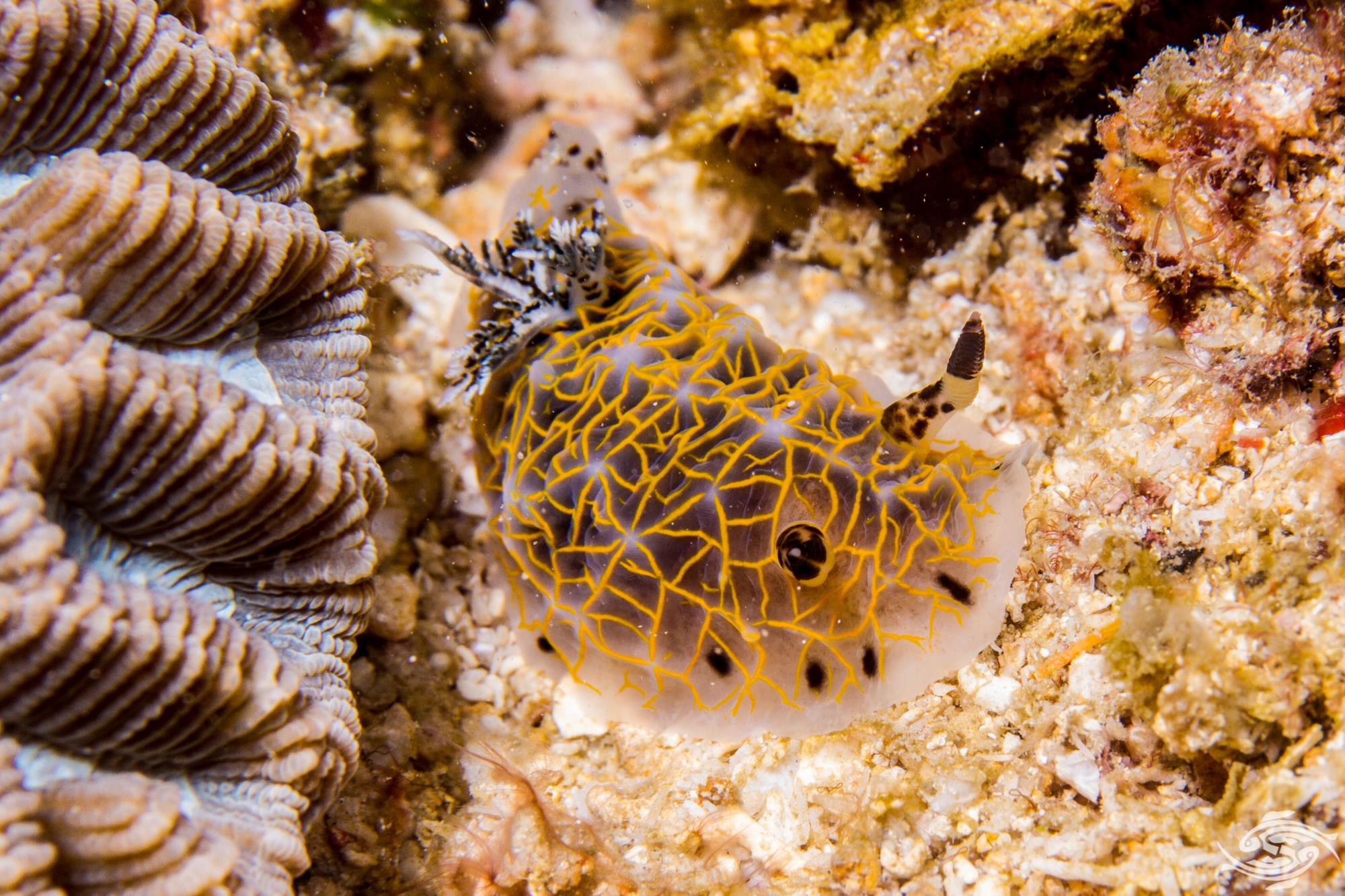 In Tanzania,  Halgerda toliara are typically seen traversing the reef top in an unhurried fashion, often out in the open. They are often seen on sponges.

Halgerda toliara are found across the Western Indian Ocean, including Madagascar, south to KwaZulu-Natal. 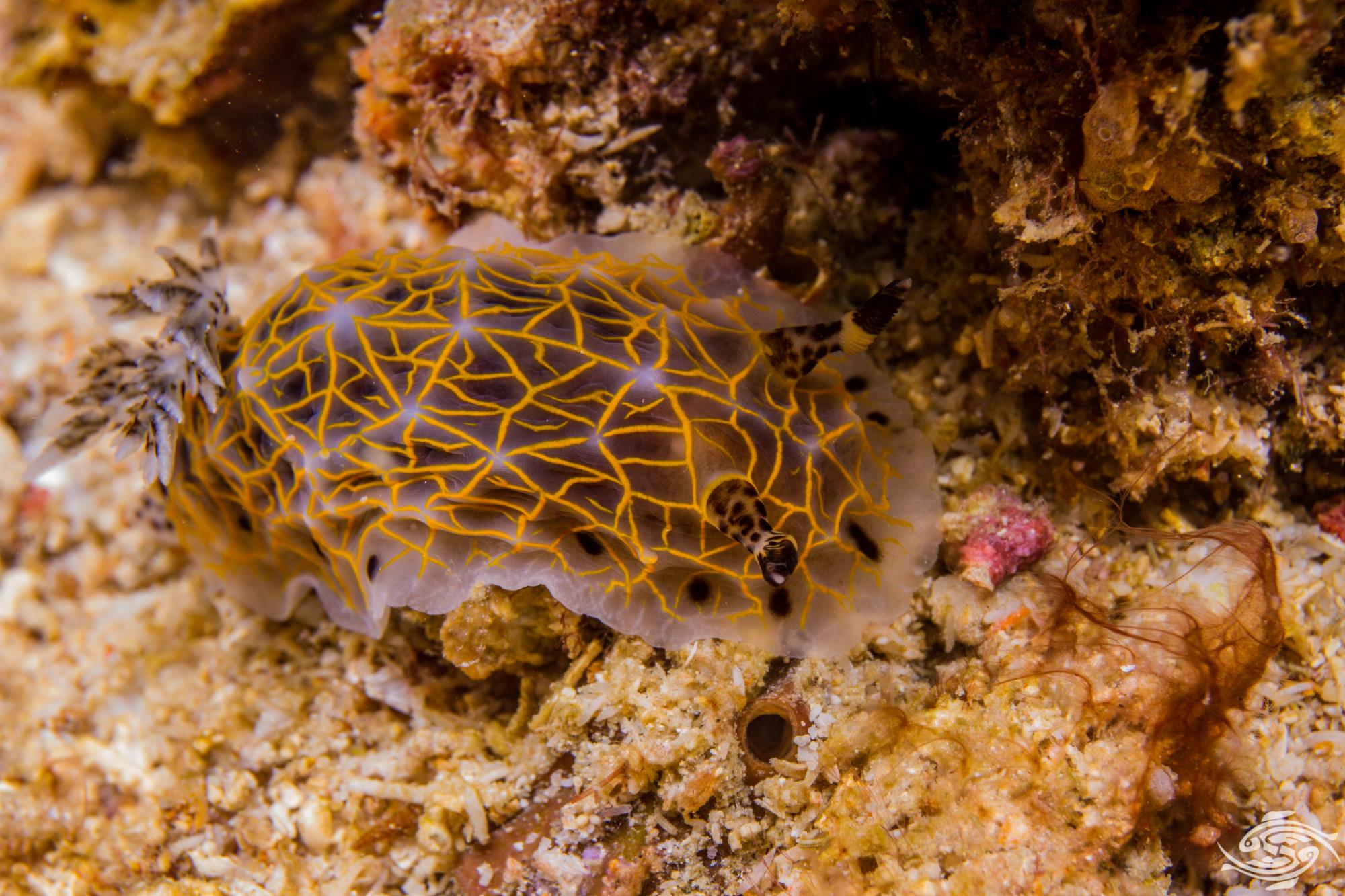 Halgerda toliara feed exclusively on sponges. The toxins from the sponges they eat make them highly distasteful and possibly toxic to most other marine life. 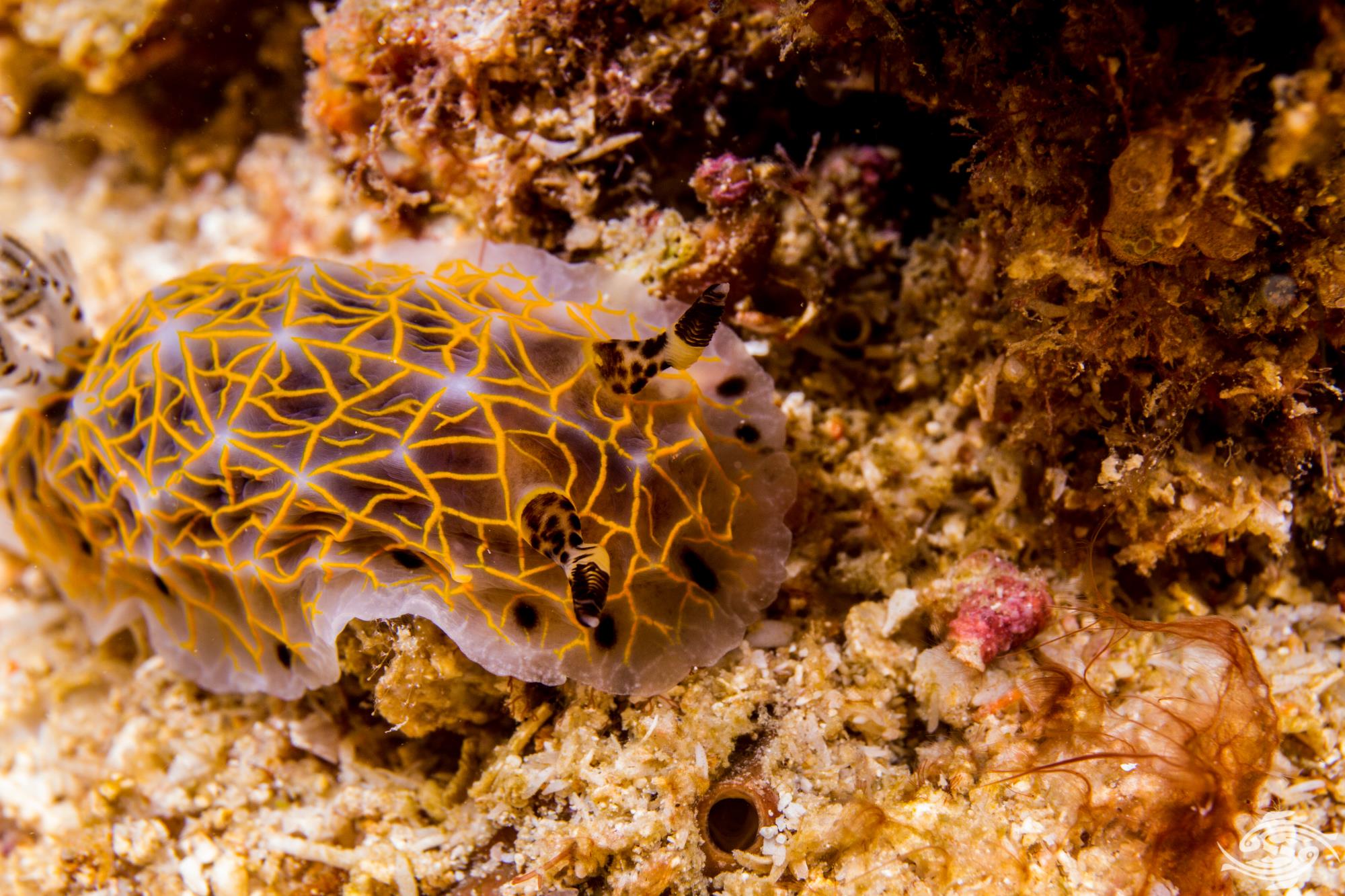 Nudibranchs are hermaphrodites and have both male and female organs. They cannot fertilize themselves and have to find a mate. Eggs are laid in rolls which are attached to a solid substrate. 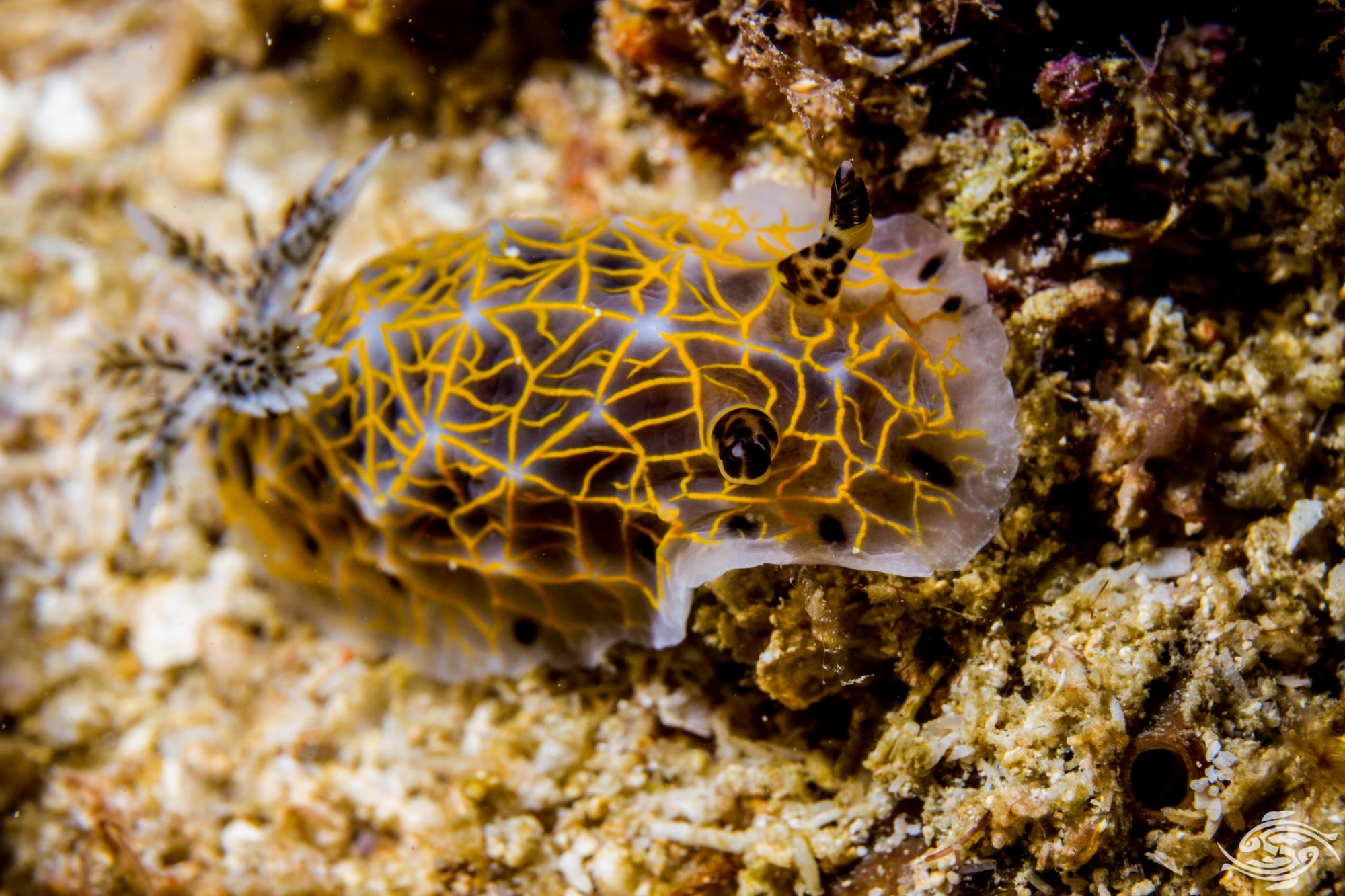 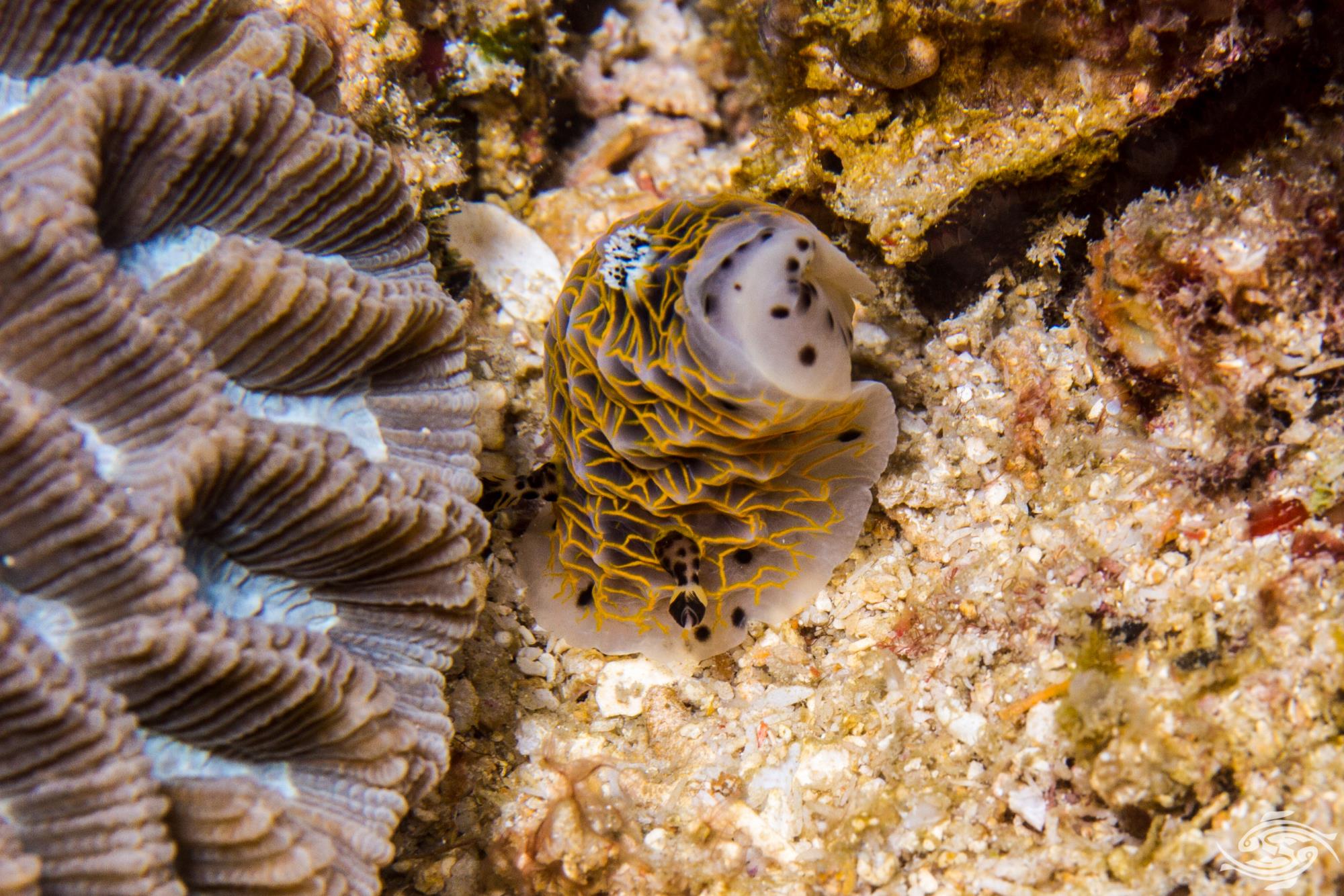