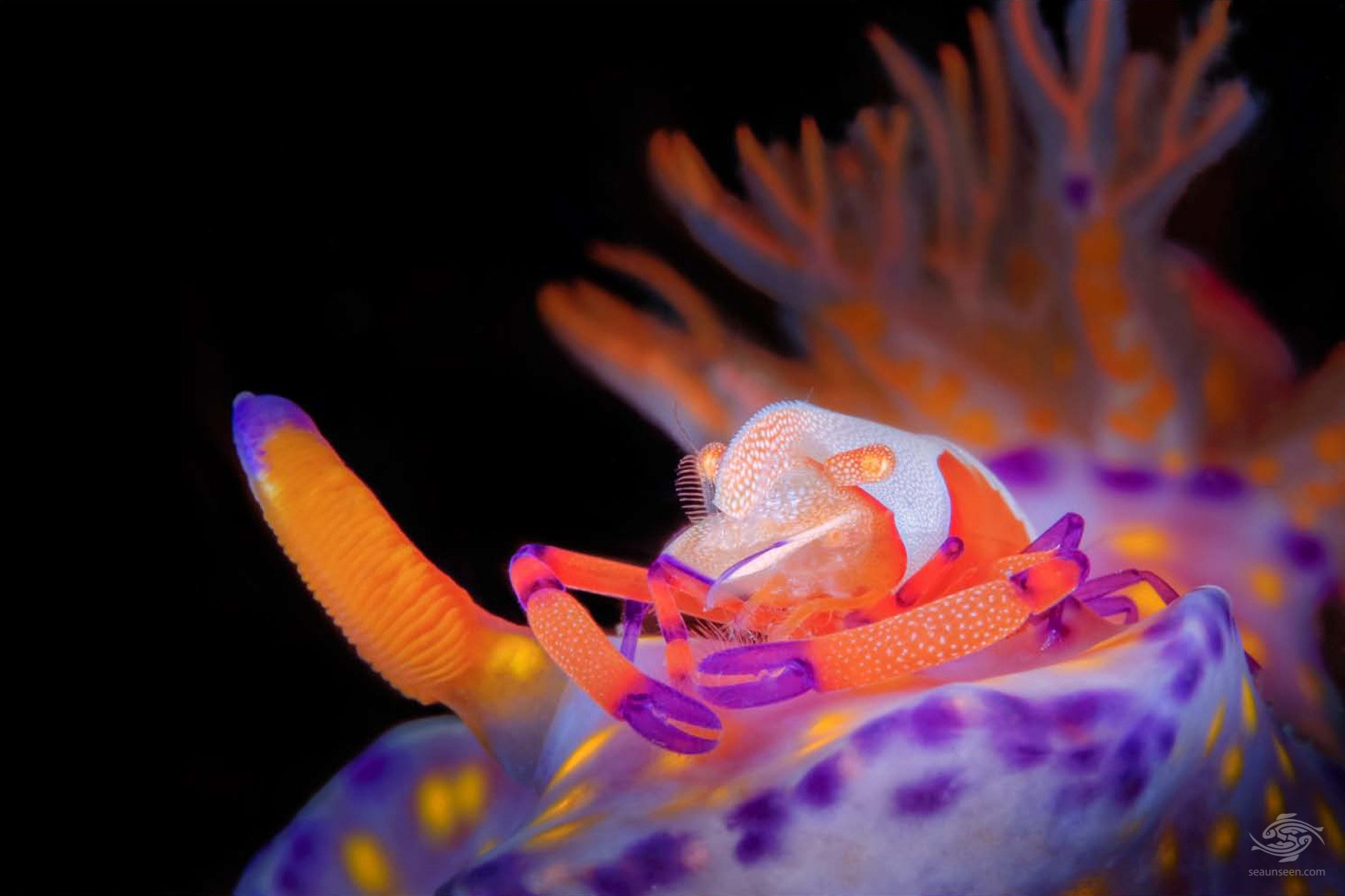 A commended macro photo of the Underwater Photographer of the Year contest. In the photographer’s own words:

“The Emperor Hitchhiker Shrimp (Periclimenes imperator) looks really beautiful – yellow, white, purple and red colouration and its commensalism. The Emperor Shrimp can be found on several species of Sea Cucumbers and Nudibranchs. There is a high chance to see it at 825K (dive site) in Northeast Coast, Taiwan. Summer (early August through late September) to be most suitable for the season. Usually they pick relatively big nudibranchs. When I found them , I used SubSee +10 and focused manually. In order to get distinct details and accurate focus. Finally, I captured this image.” -Lynn Wu