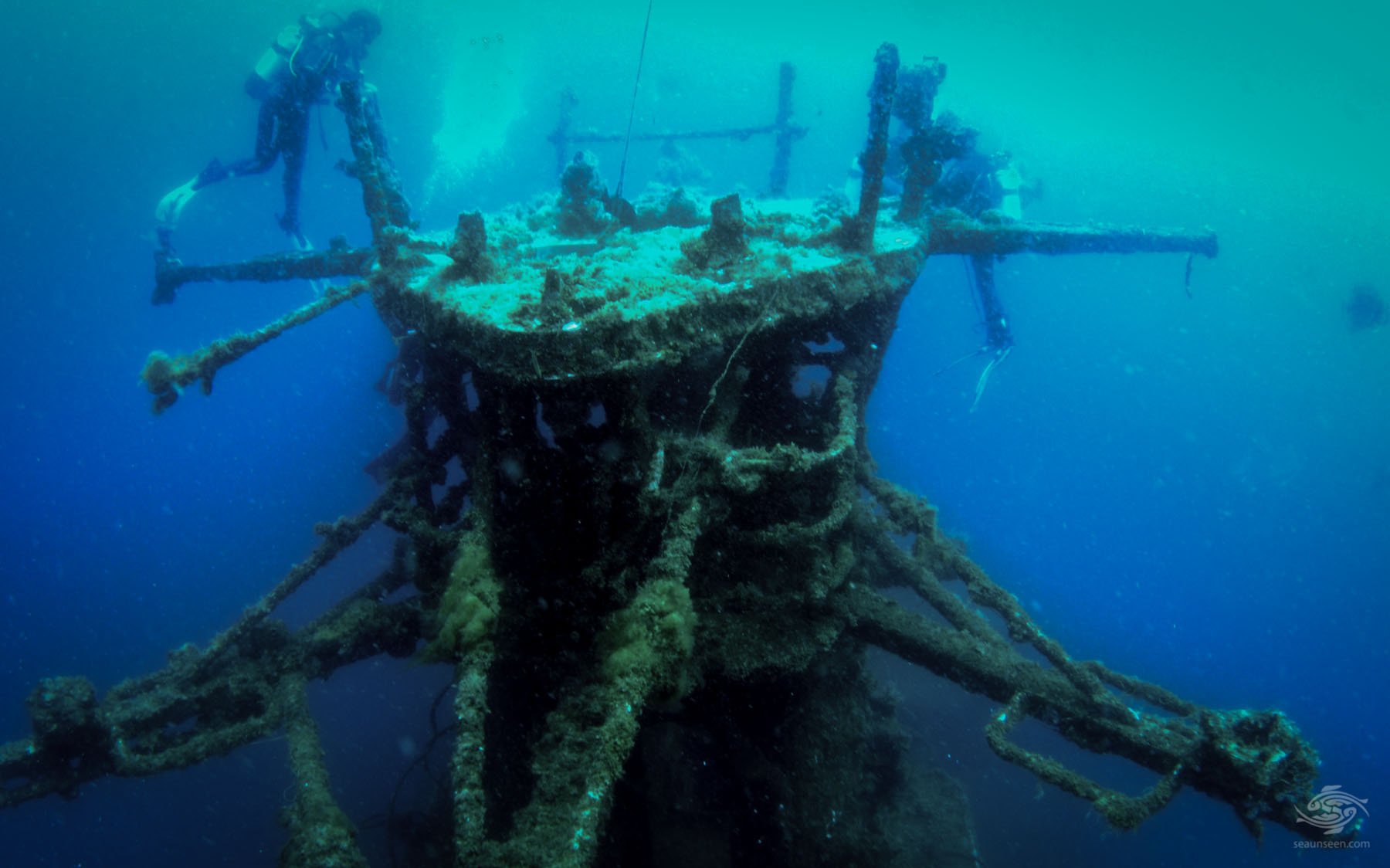 The masthead of HMAS Swan which was sunk in 1997 to create an artificial reef. The vessel, an ex Australian Navy Destroyer, is today a popular dive site in Busselton, Australia, catering for both novice and experienced divers. After approximately eighteen years in the water, the marine growth has gained a good hold and the wreck is the home to many species of fish.

Named after the Swan river and constructed in Melbourne, she was a river class destroyer and was commissioned in 1970.  It is worth noting that the launching ceremony never went according to plan and it took eleven attempts to break the bottle of champagne on her bow during the launch ceremony.

At the end of her career she was  donated to the State of Western Australia and was towed to Bunbury where she was extensively prepared for her sinking. All environmentally unfriendly materials were removed and holes for divers were cut into her. Dangerous sections such as the engine room were sealed off and once the refit was complete she was towed to her present position.  On the 14th December 1997 while being watched by an estimated 10000 people on the shore, a detonation set off by a six year old child whose father had won the raffle ticket, sank her. She landed almost straight on the bottom.

The top of the HMAS Swan wreck is only 6 meters deep and these areas are suitable for beginners to dive. For more experienced divers the bottom of the wreck sits at 30 meters and there are numerous large cut outs on the wreck. These can be explored by the more experienced divers. The area is usually current free and the average visibility is twenty meters. For more photos and videos click here