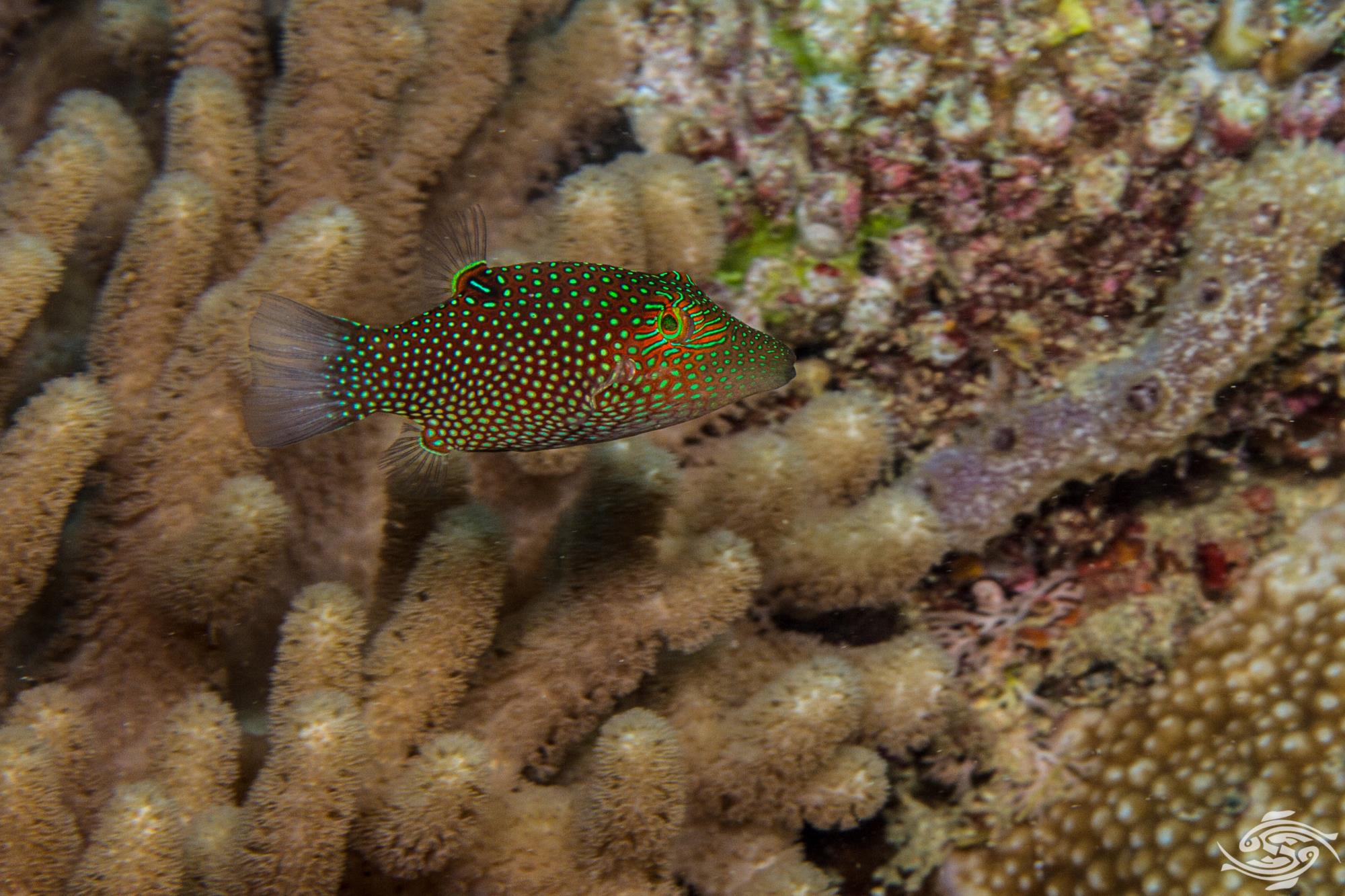 As with all Tobies they have the ability to take water into their stomach and blow themselves up to a larger size, hence the name pufferfish. This makes it more difficult for predators to swallow them. They are commonly seen on Tanzanian reefs and are fairly common. As with other puffers, they have a symbiotic relationship with types of bacteria such as Pseudoalteromonas tetraodonis, which produces tetradotoxin which is a powerful neurotoxin. Despite their poisonous defences they are fairly shy fish.  They have no pelvic fins and mainly use their pectoral fins for propulsion. 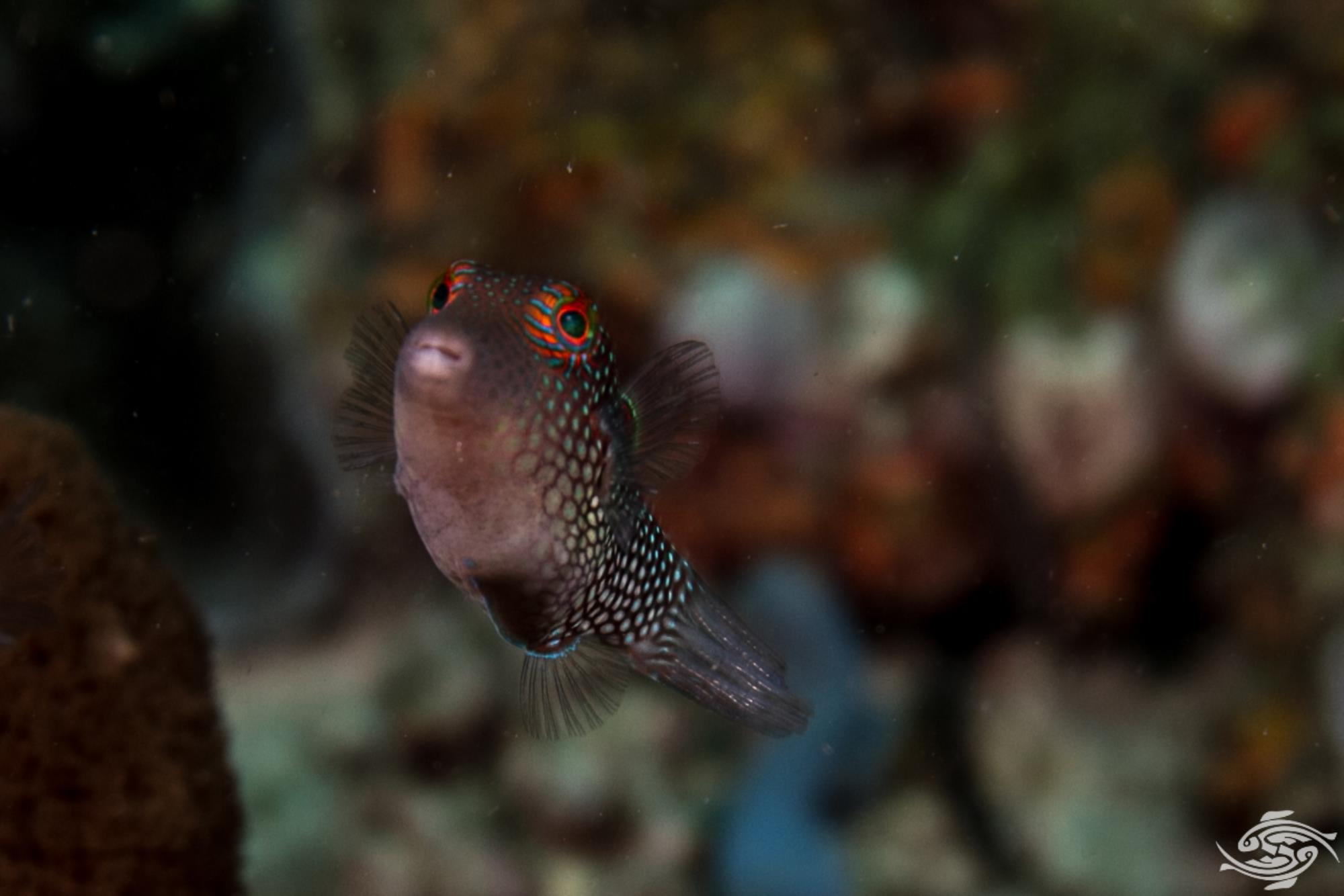 The Honeycomb toby has a dark brownish body colour with spots which may appear white, green or blue depending on how the light catches them. Males have orange around the eye and are quite easy to distinguish from the females. As they age so the spots on the belly become larger and assume a honeycomb appearance. They grow to a maximum of 9 cm. 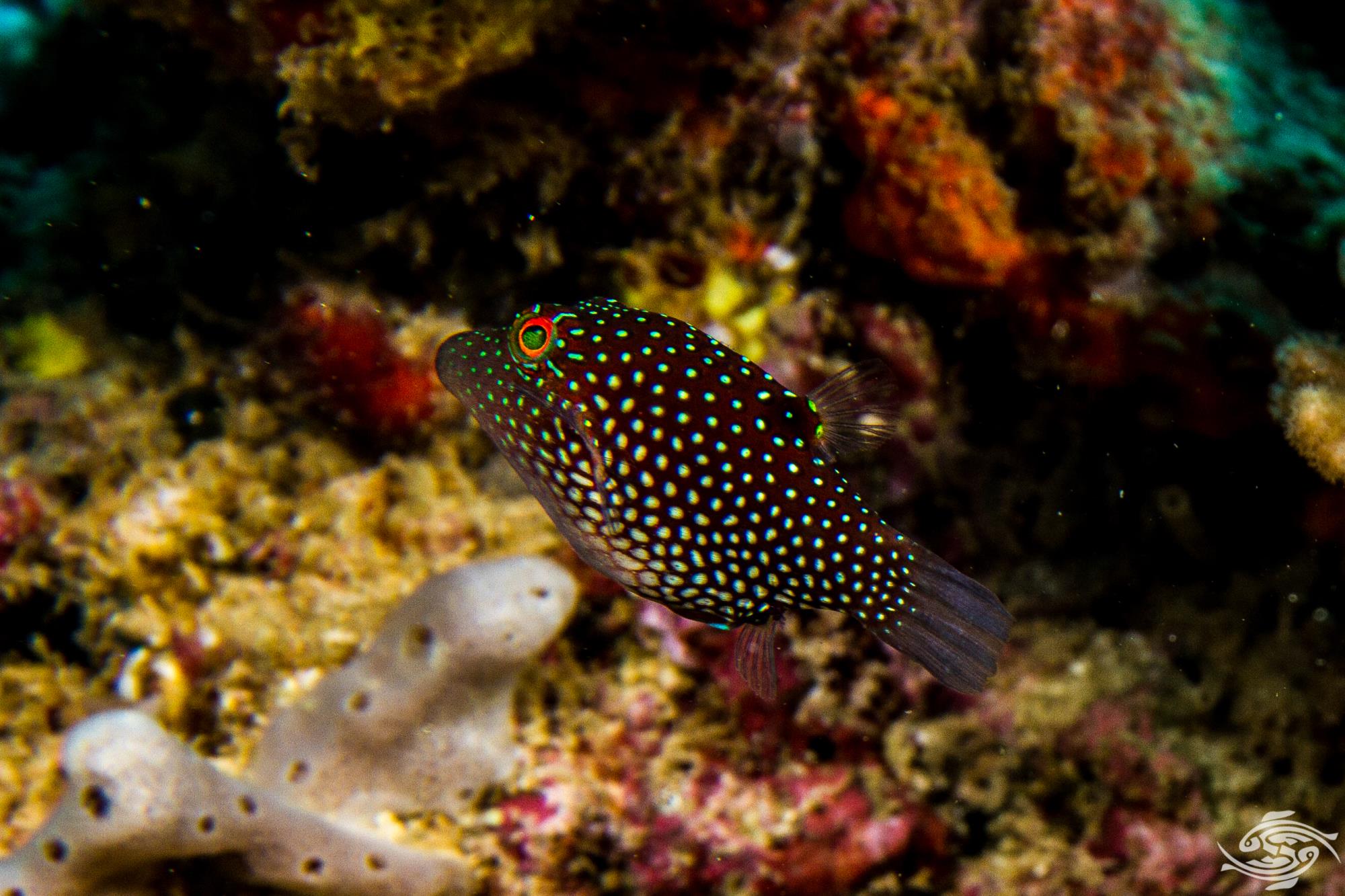 Honeycomb toby is very shy and are hard to get close to. Usually they are seen in pairs but occasionally are seen solitary. They will usually head into a hole or under an overhang when they see a diver.  Because of their shyness they can be difficult to photograph. 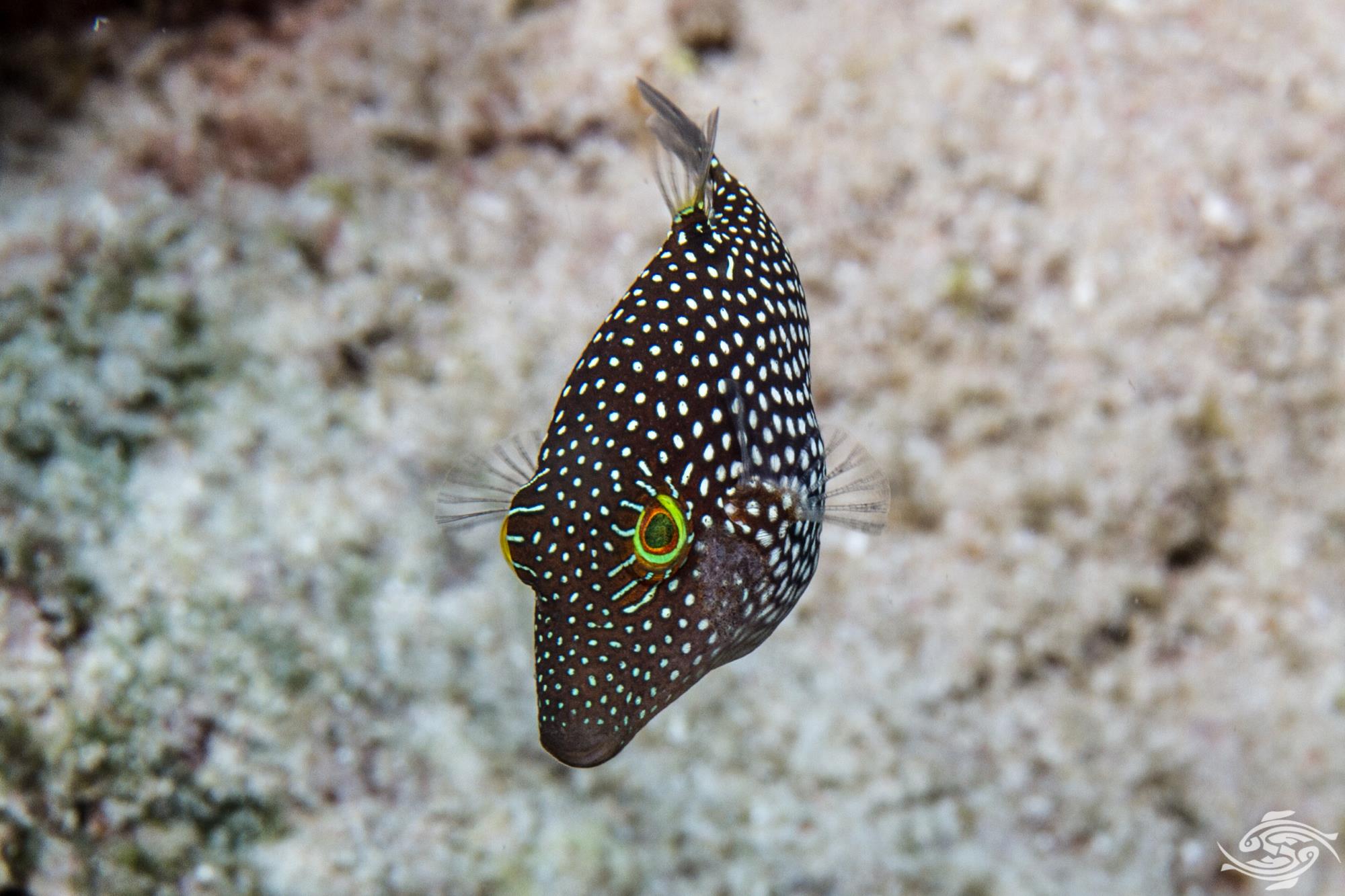 Honeycomb toby is found across the Indian Ocean and West Pacific. They are usually found in mixed rubble and coral areas from 1 meters downwards. 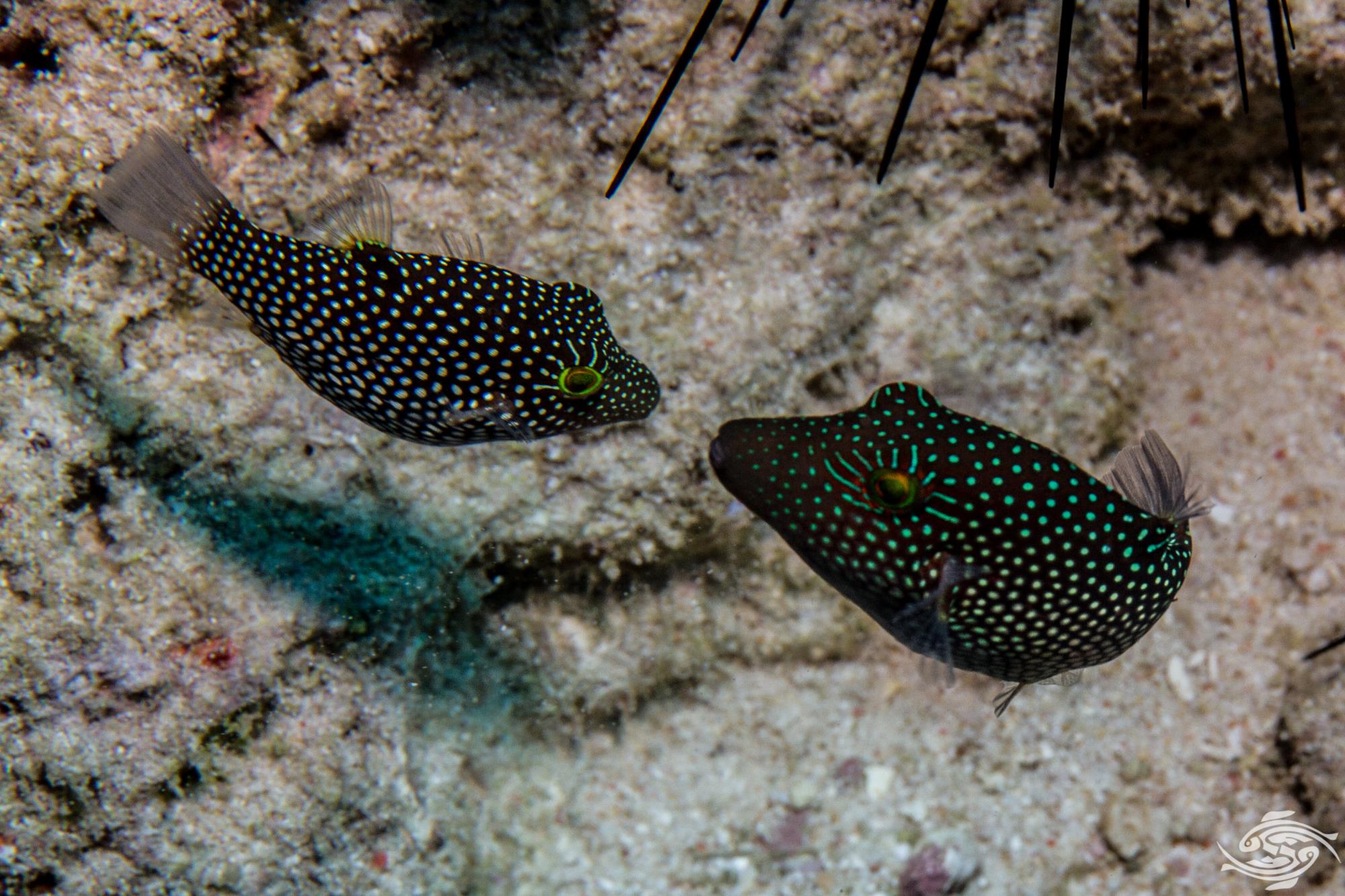 Honeycomb toby have four sharp teeth that are fused into a beak. They feed on sponges, marine worms, algae, tunicates and some corals. 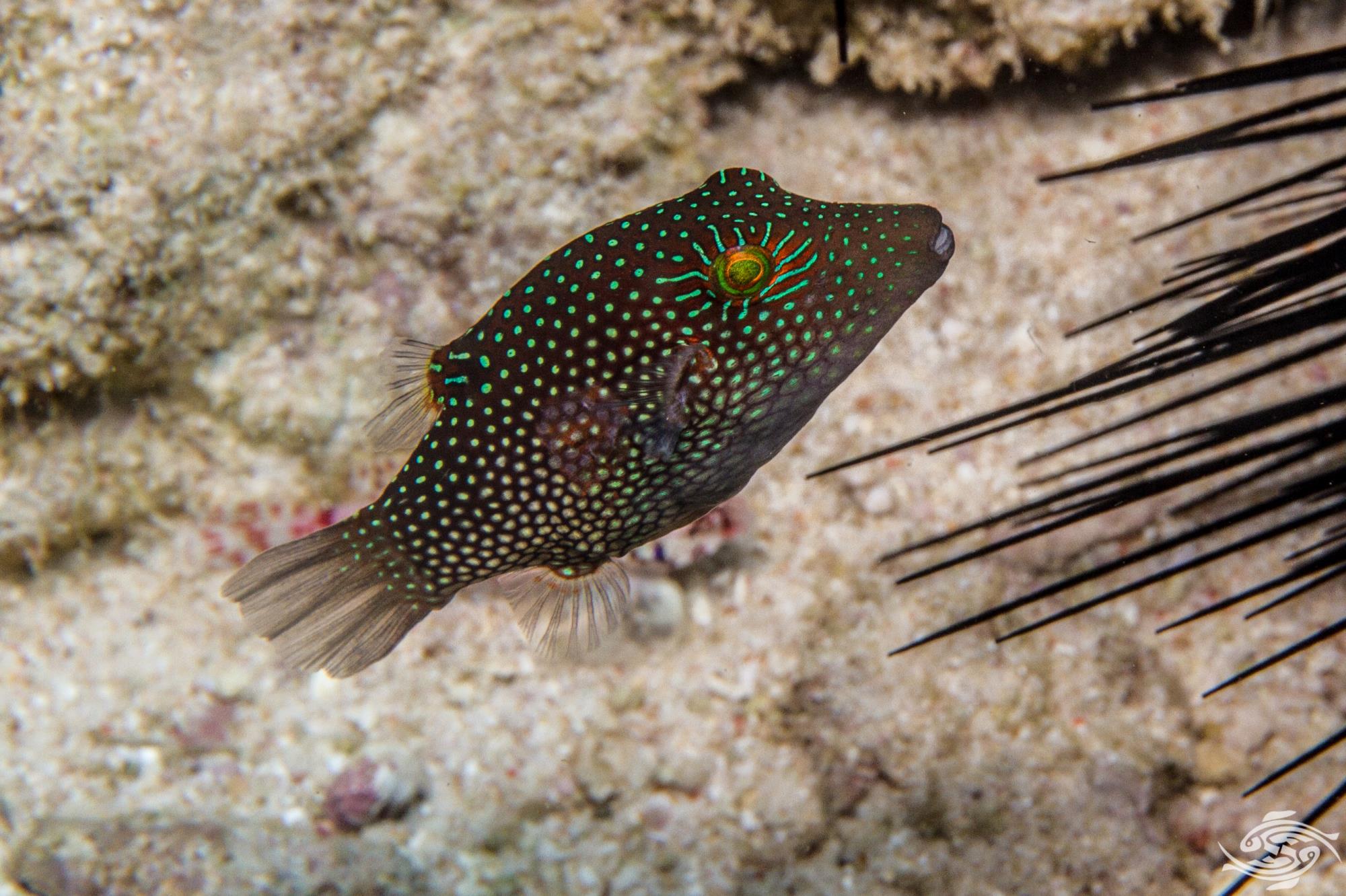 Little is known of the reproductive habits of the Honeycomb toby, however all the Canthigaster species have similar mating habits. The the female prepares a nest in algae in the substratum and lays eggs which the male then fertilizes. Spawning takes place during the day and the eggs are left to hatch. 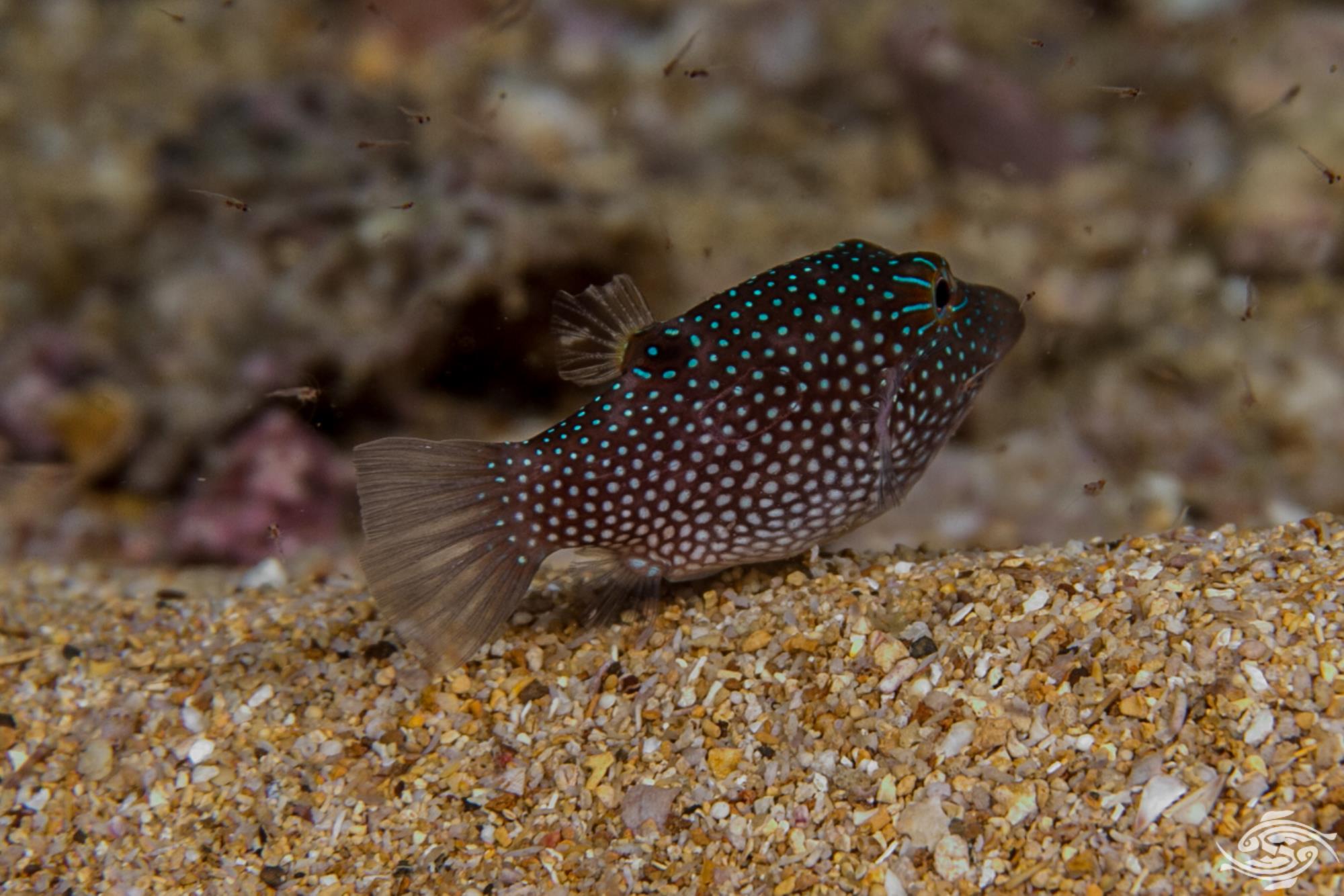 The Honeycomb toby is not common in the aquarium trade. They have poisonous mucus on them and can release mucus into the water if stressed. 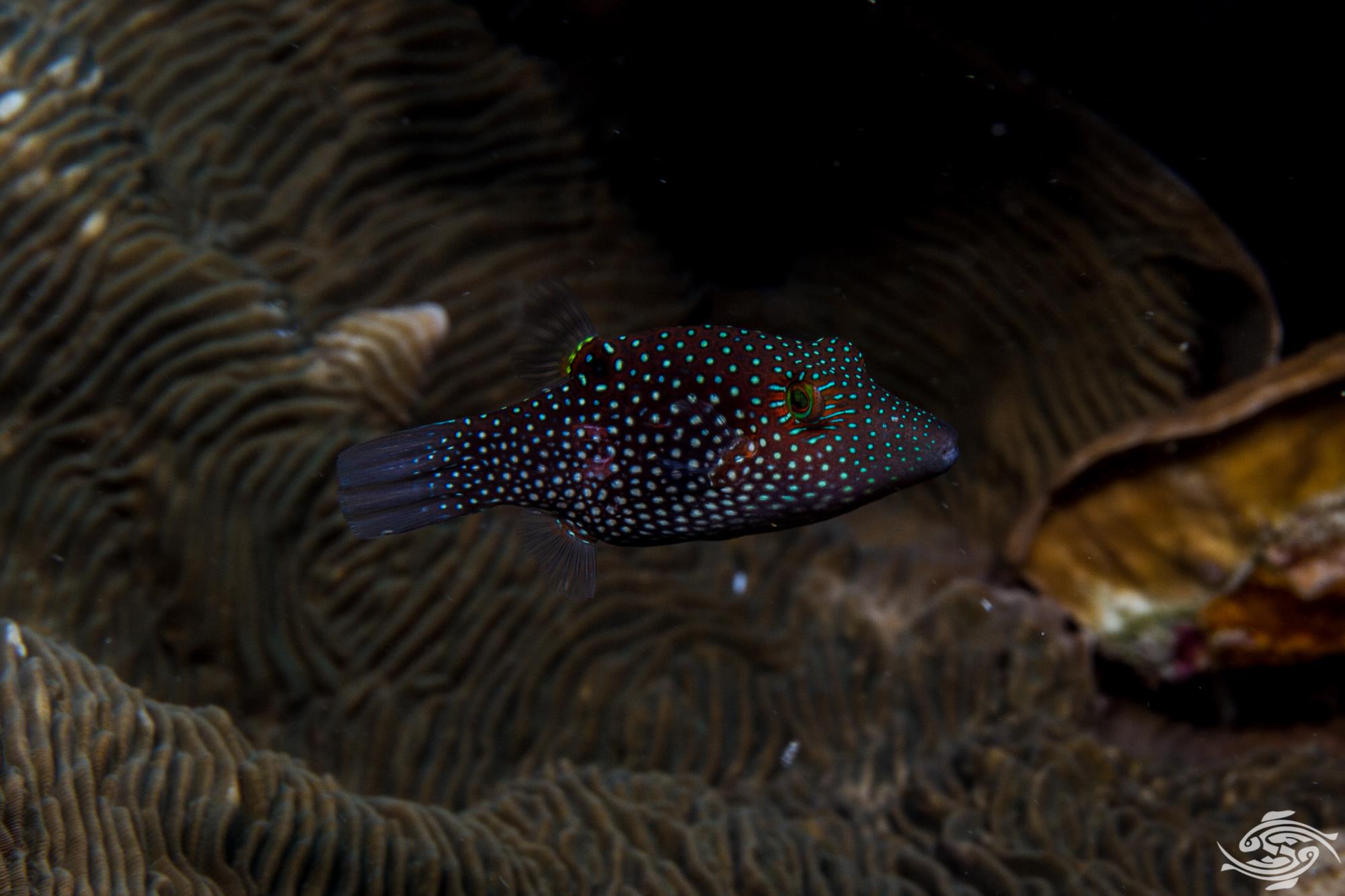 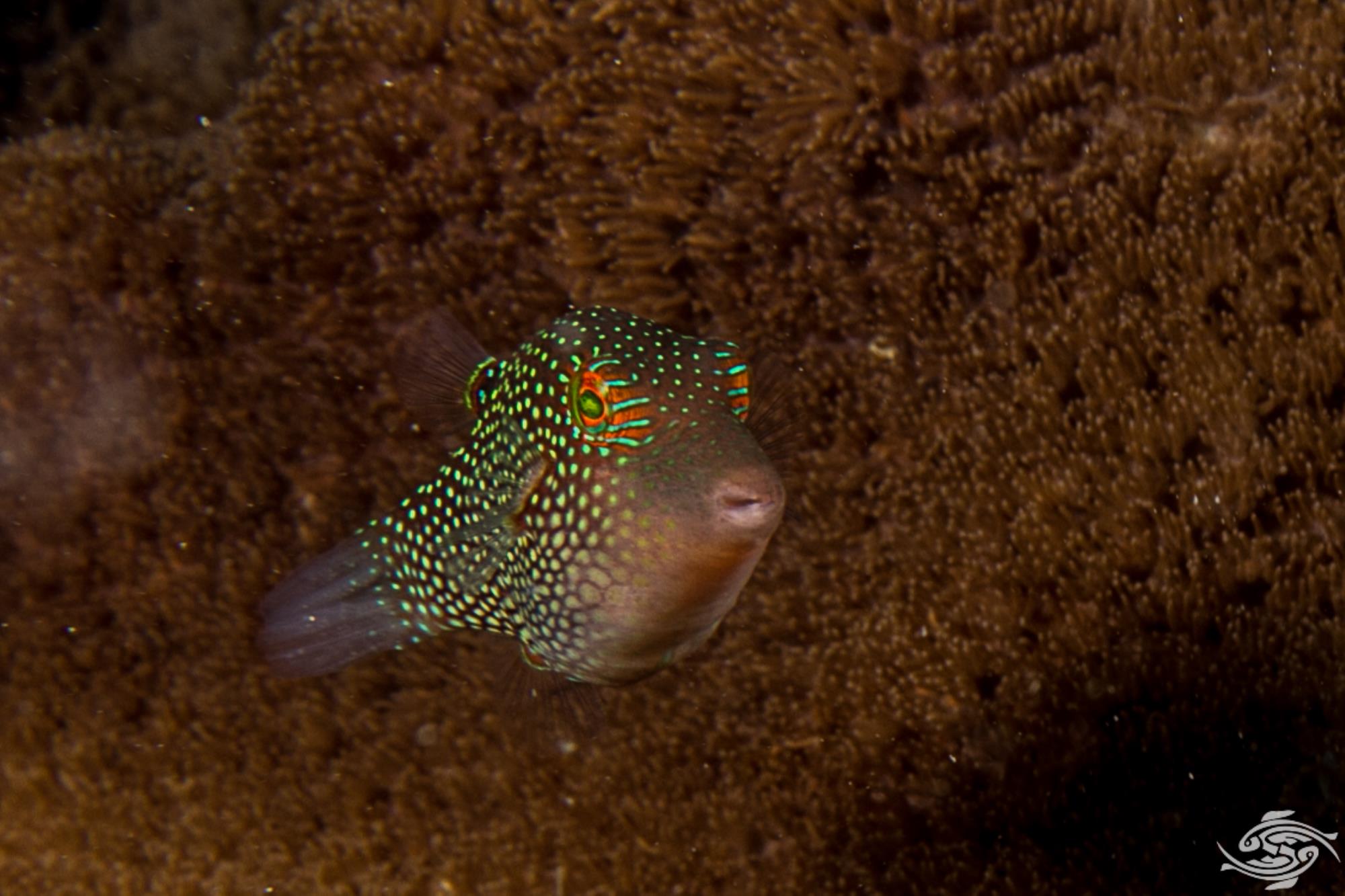