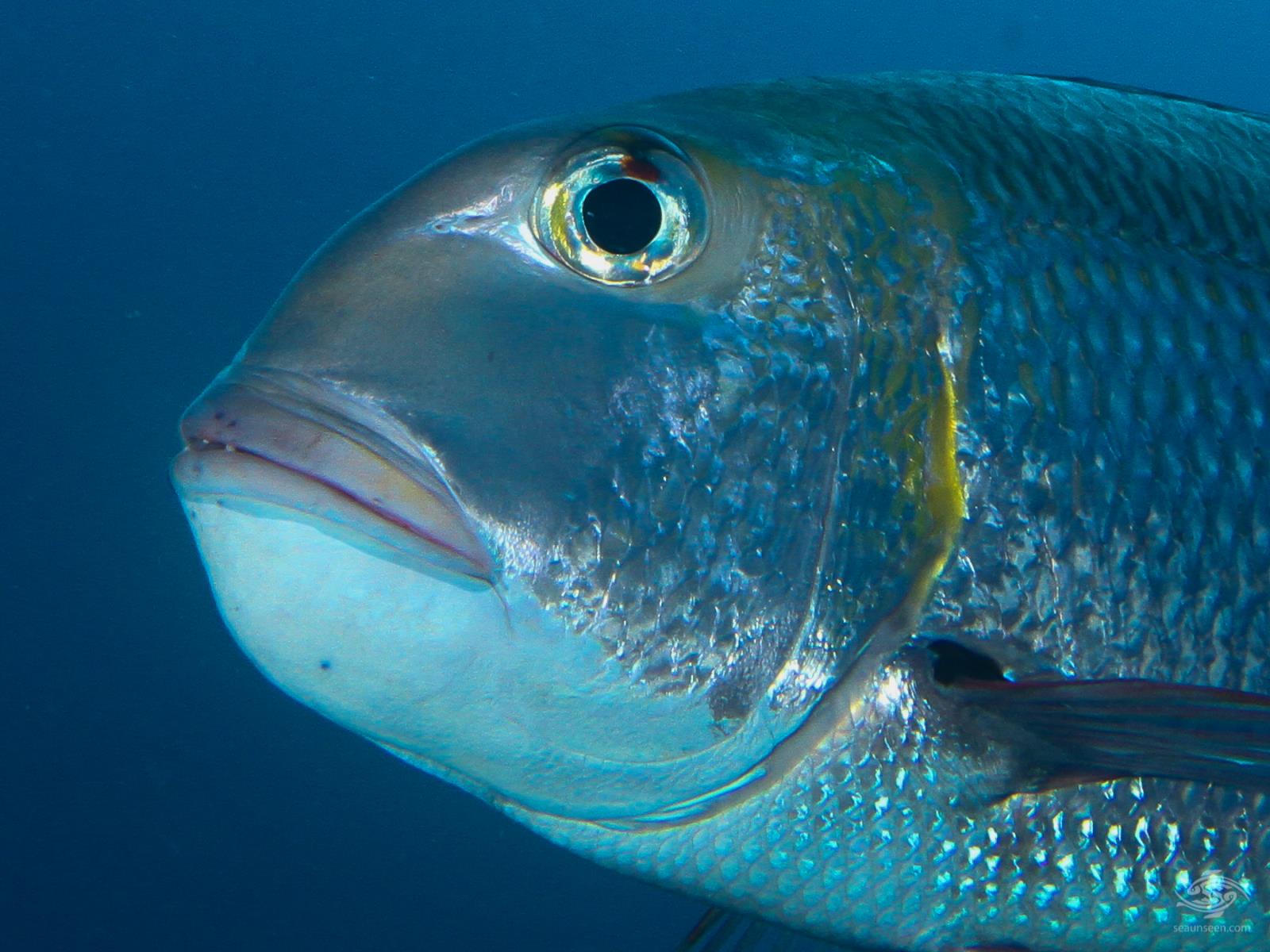 The humpnose big eye bream, Monotaxis grandoculis, also known as a big eye sea bream, large eyed bream and big eye bream, is a species of emperor. As adults they often form large shoals that hang motionless over or alongside a reef.

In Tanzania on Mafia Island, in Chole bay in the Marine Park, shoals of around one hundred adults can often be seen hanging motionless in the water. The fish is a nocturnal feeder and spends its days avoiding potential predators in the shoal. When approached they will slowly move away from one.

Small juveniles are whitish silver on the lower half of the body with three prominent black saddles with white in between on the upper half. A vertical black line crosses the eye from above. The small juveniles have yellow stripes on the tail. 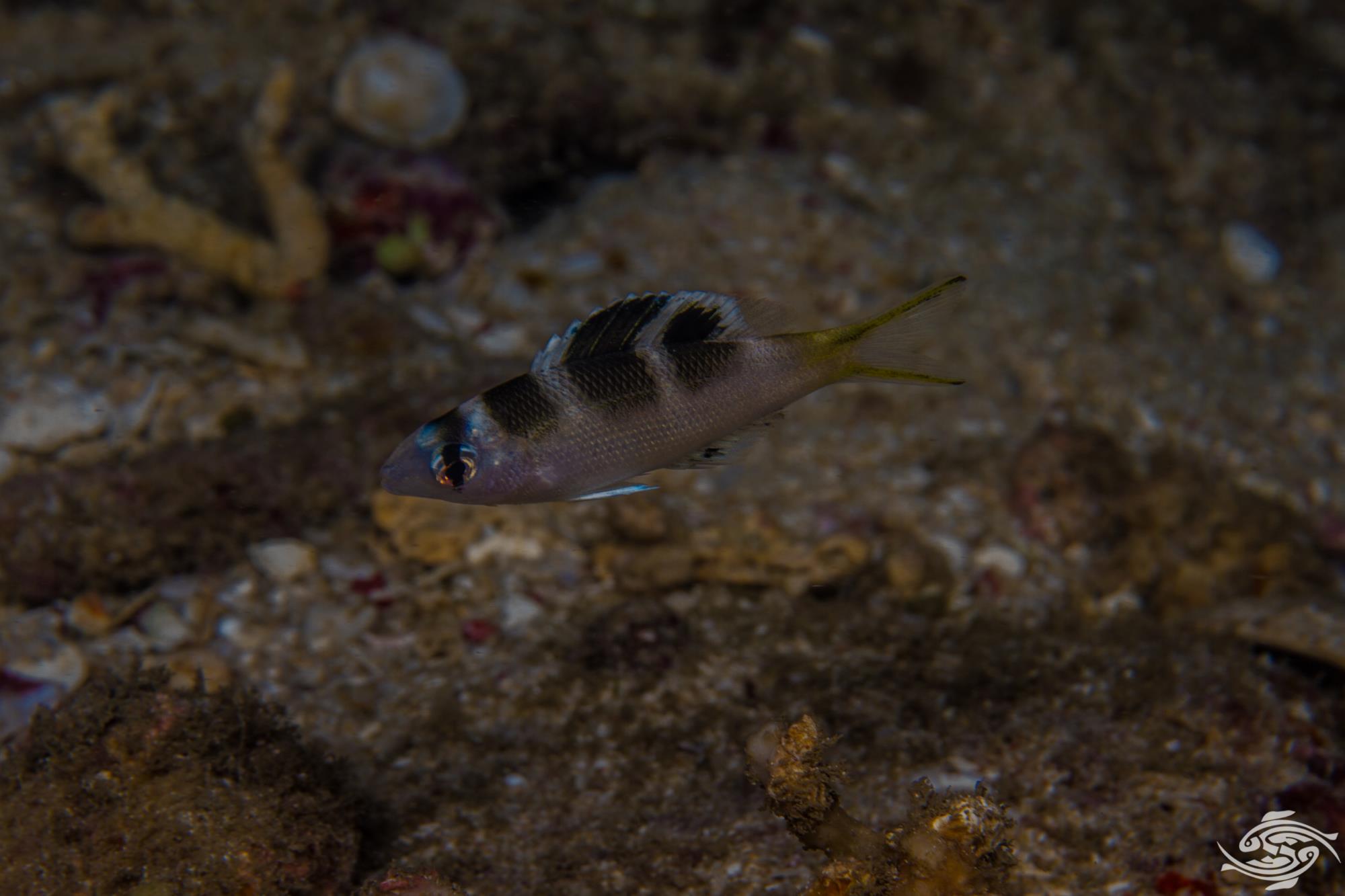 As the juveniles grow so the body rounds out as can be seen below and the yellow on the tail disappears. 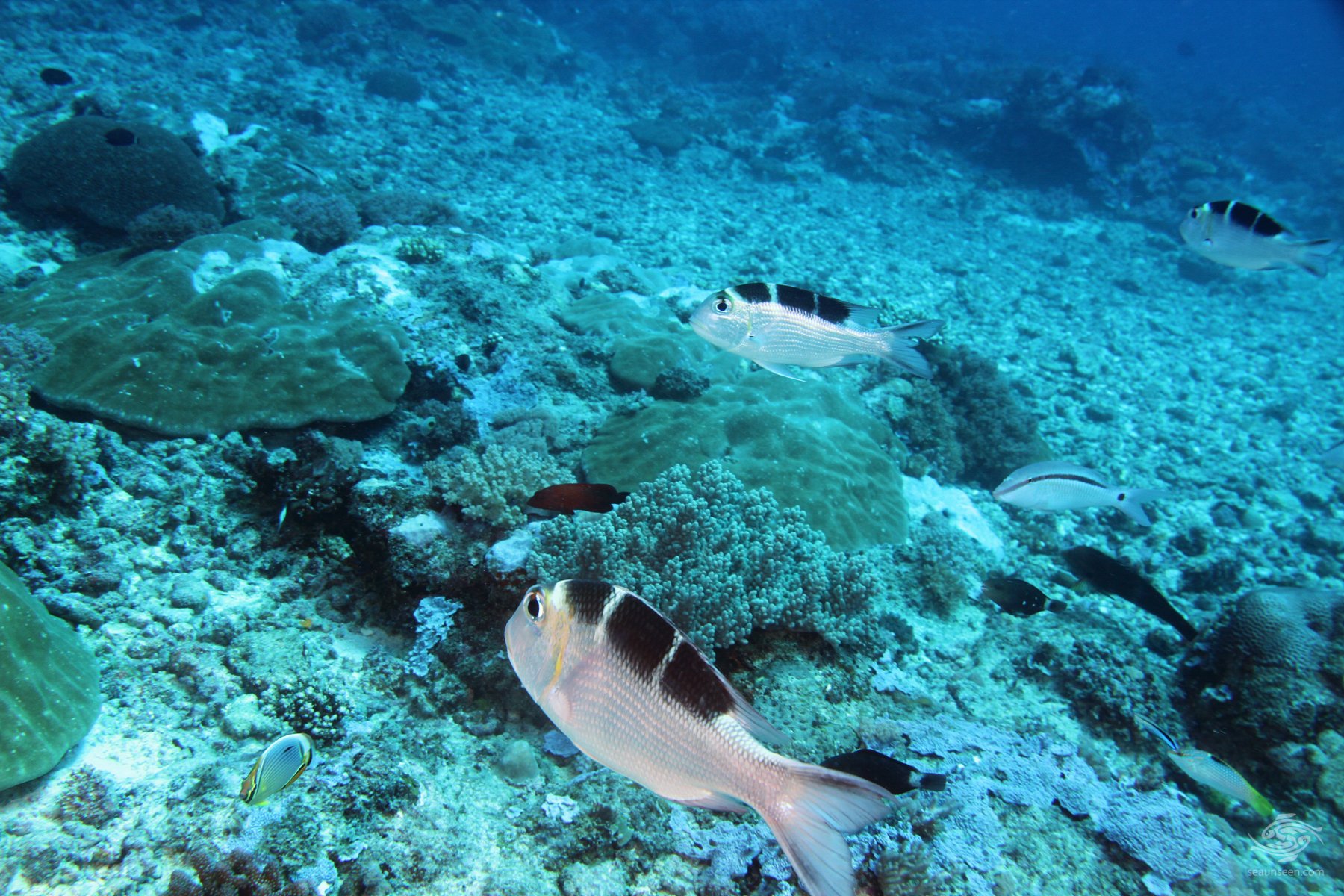 In adults the fish can be a more uniform light colored or dark colored form. They can quickly revert back to the juvenile saddles if the fish is stressed. This species can reach a length of 60 centimeters though most do not exceed 40 centimeters. They have been recorded to have reached a weight of 5.9 kilograms (13 lb).

Juveniles are found separate from the adults and are commonly seen singly or in small groups on reefs. The adults congregate in large shoals during the day.

The humpnose big eye bream is found across the Indo-Pacific area from the Red Sea and East Africa to the Hawaiian Islands and southeastern Oceania, north to Japan, south to Australia.

The fish inhabits areas with sand or rubble adjacent to coral reefs at depths from 1 to 100 meters but can mostly be found between 5 to 30 meters. 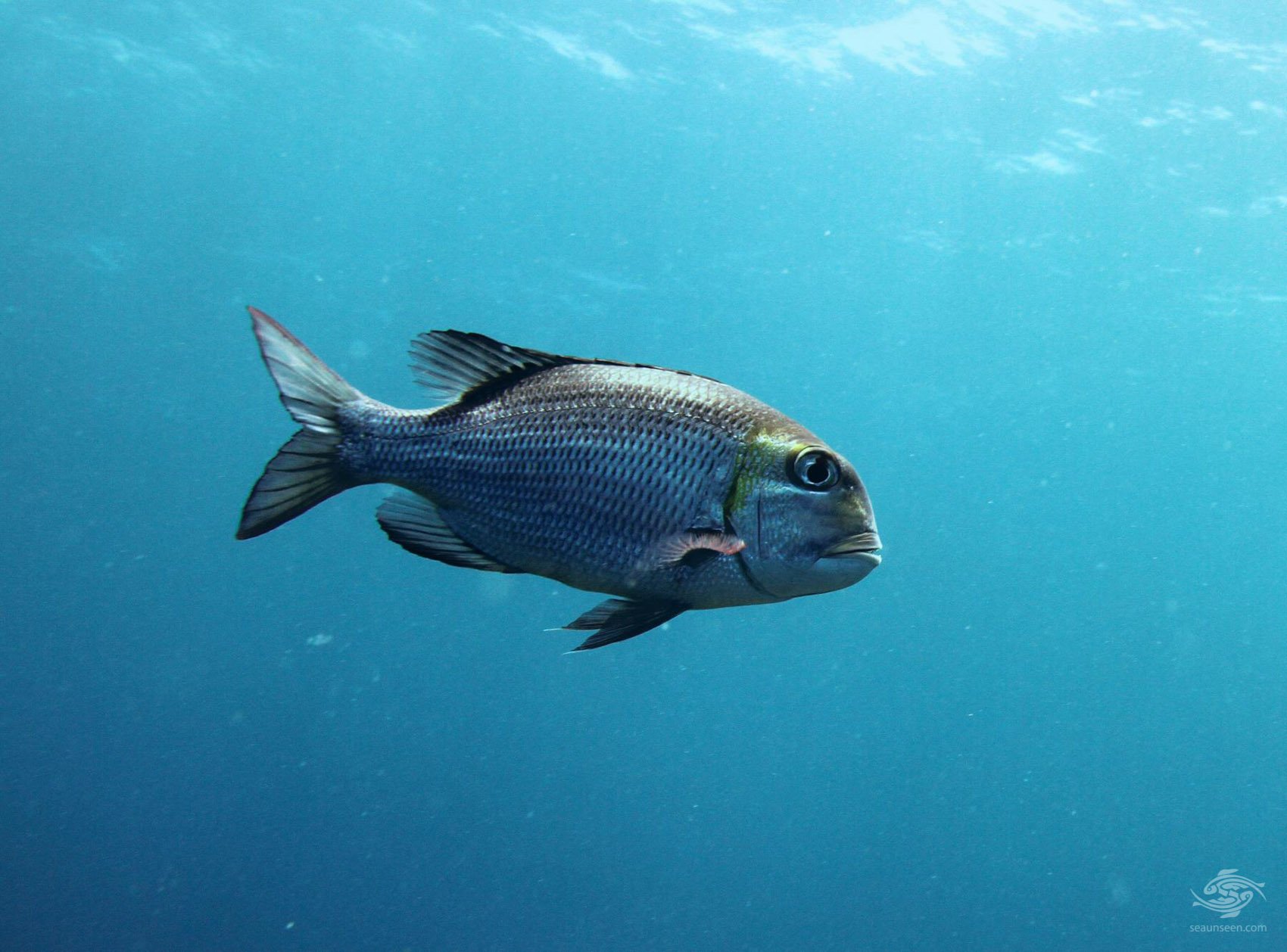 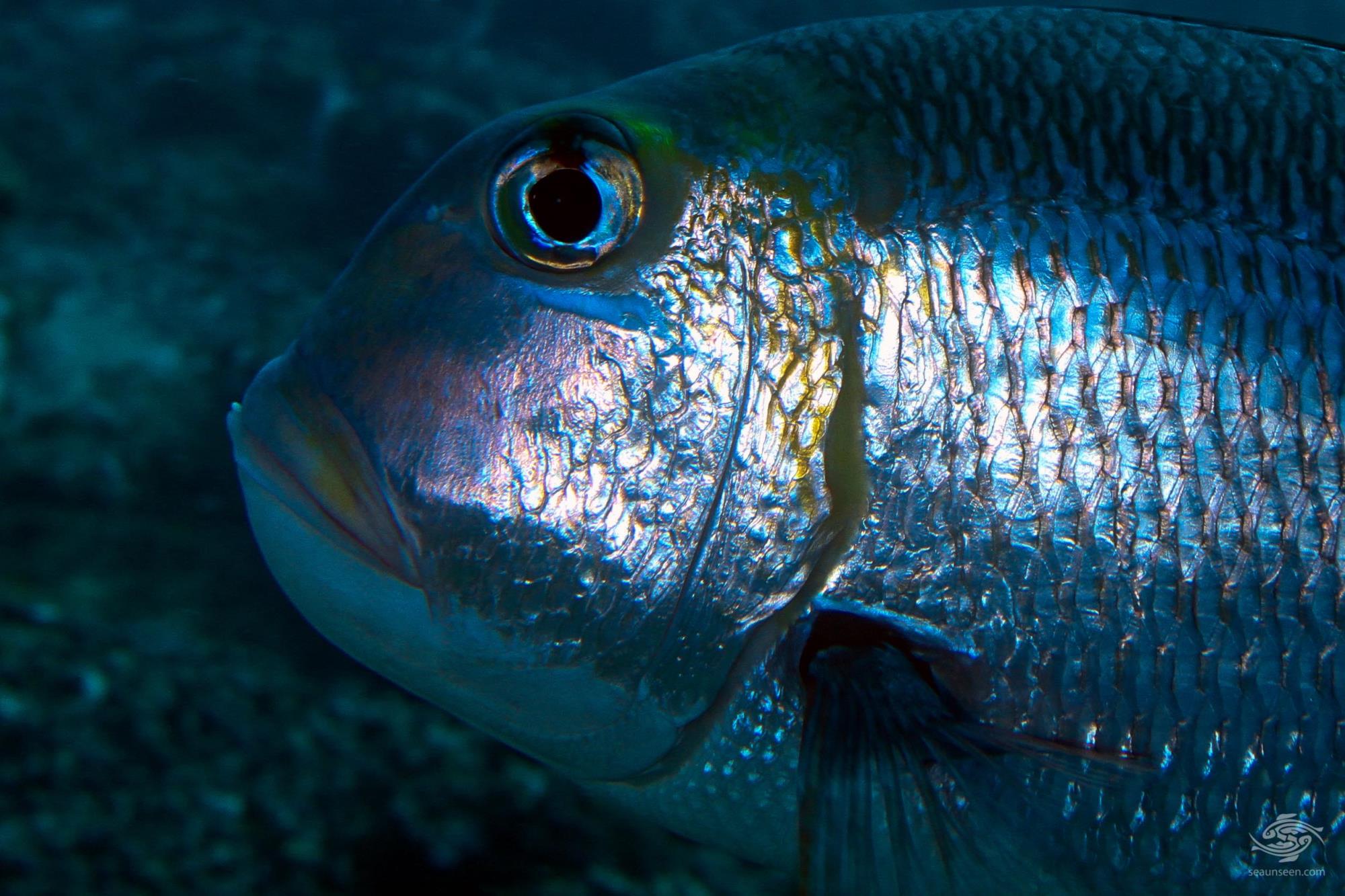 The exact method of reproduction of the humpnose big eye bream is not known. It is thought that the males initiate the females to drop their eggs into the water table from a shallow depth and that they then release sperm into the water, fertilizing the eggs. 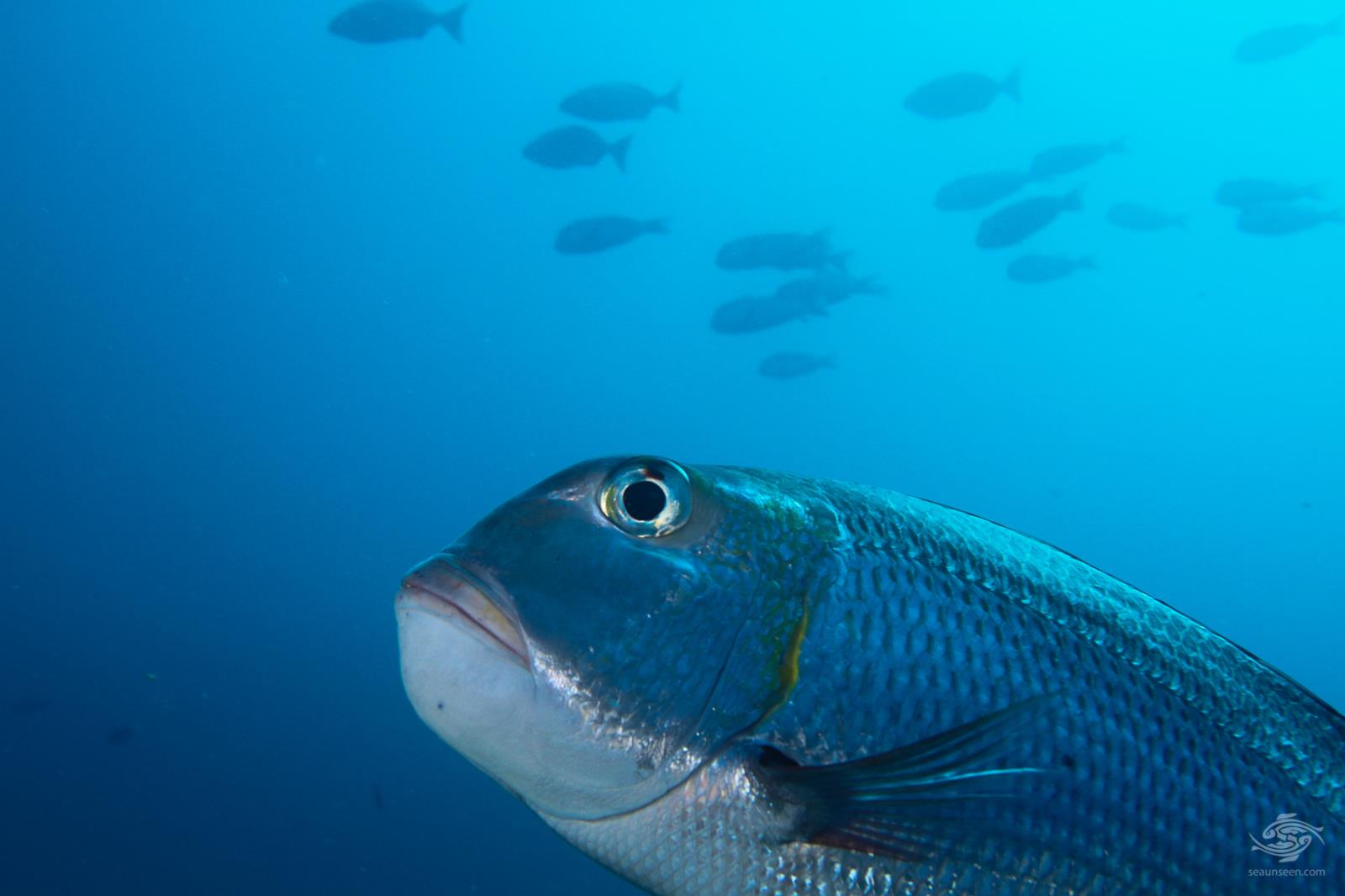 The humpnose big eye bream is exploited commercially and in many areas is either near the level of maximum exploitation or is over fished. 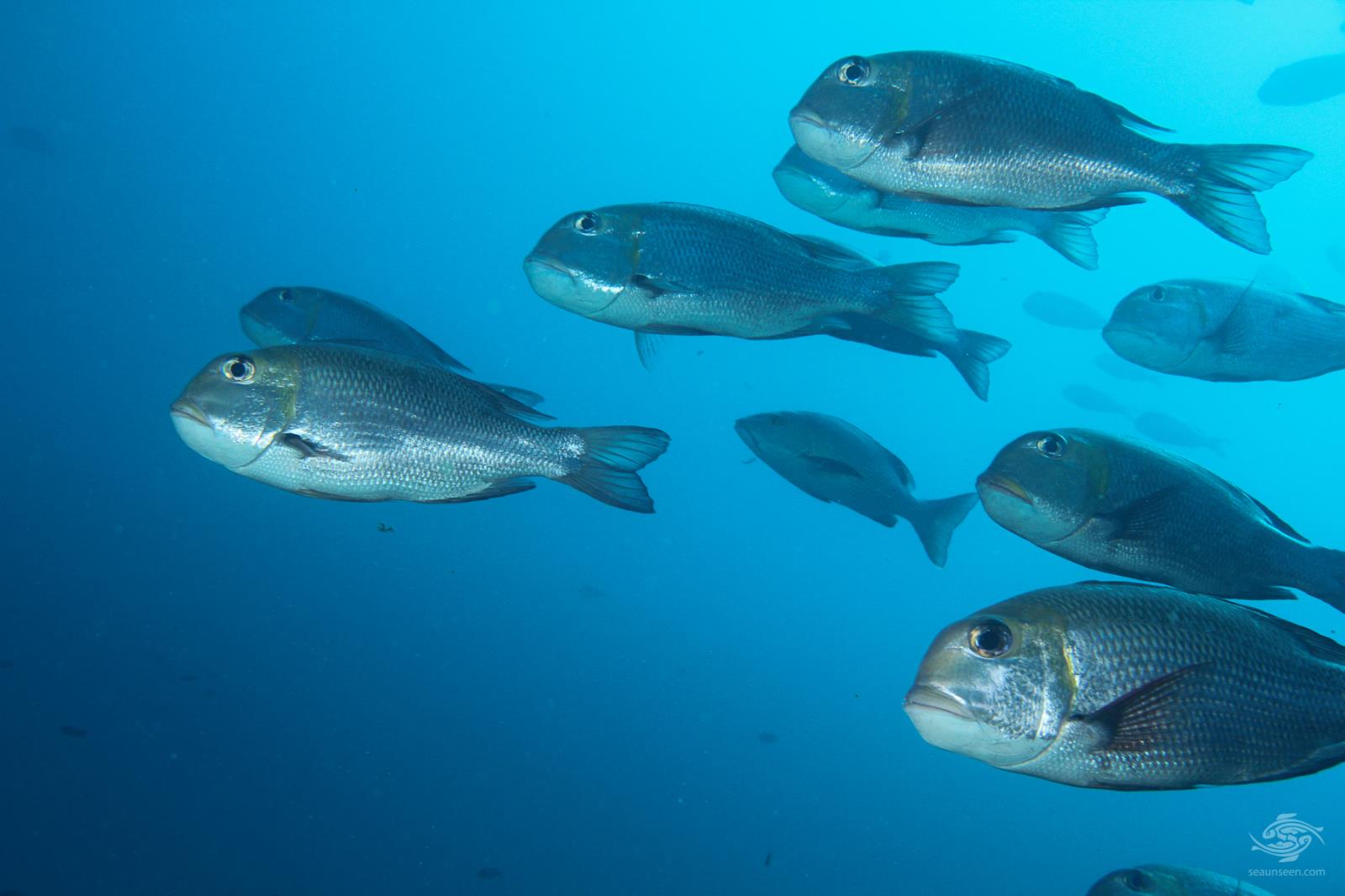