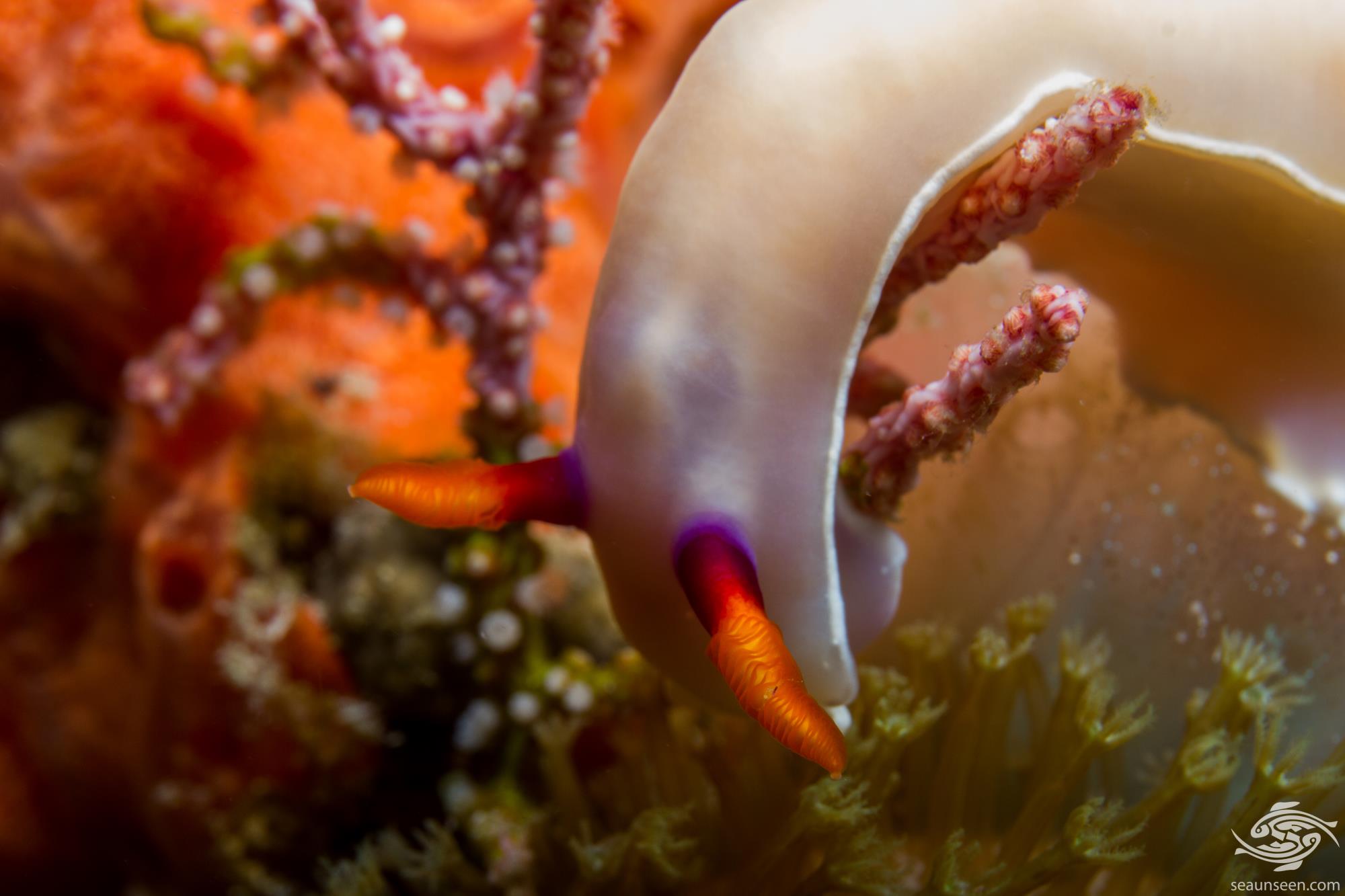 Hypselodoris bullockii is commonly known as Bullocks Hypsolodoris.   They are dorid nudibranch’s. As with other nudibranchs, they are shell-less marine gastropod mollusks. To make up for the lack of protection from not having a shell, they are usually highly poisonous. Their bright colours advertise their toxicity. They are fairly rare in Tanzanian waters and are not commonly seen. 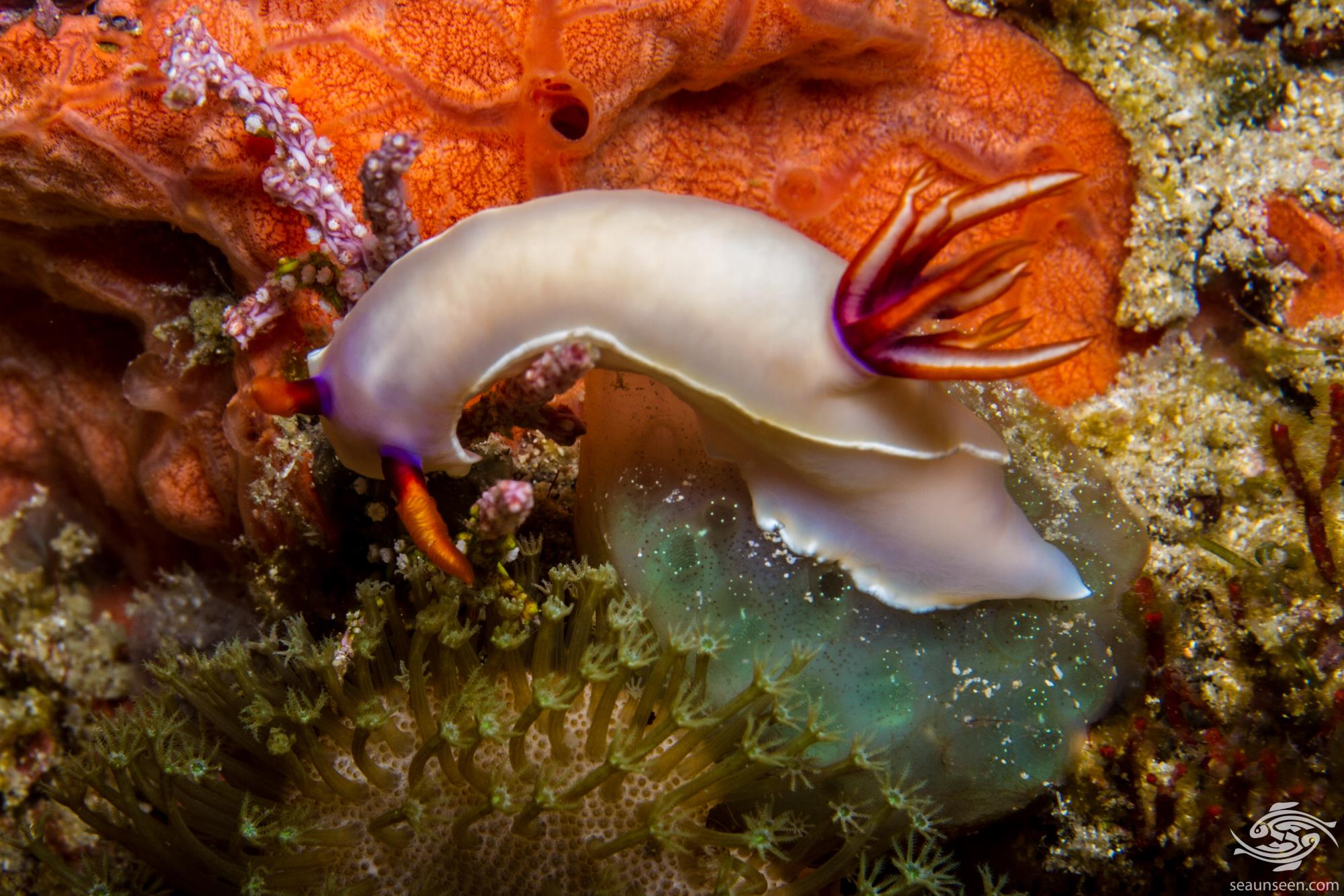 Hypselodoris bullockii grow up to 70 mm in length. The coloration varies dramatically across their range from white as seen in the images to a pinkish purple. On the African coast they seem to mainly have a white pearly colored body as seen in the images. There is usually a white line around the mantle and the gills and rhinophores are usually a yellow or orange color with a pink or purplish band around the bottom. In relation to the length the body is higher than most other nudibranchs of their size. 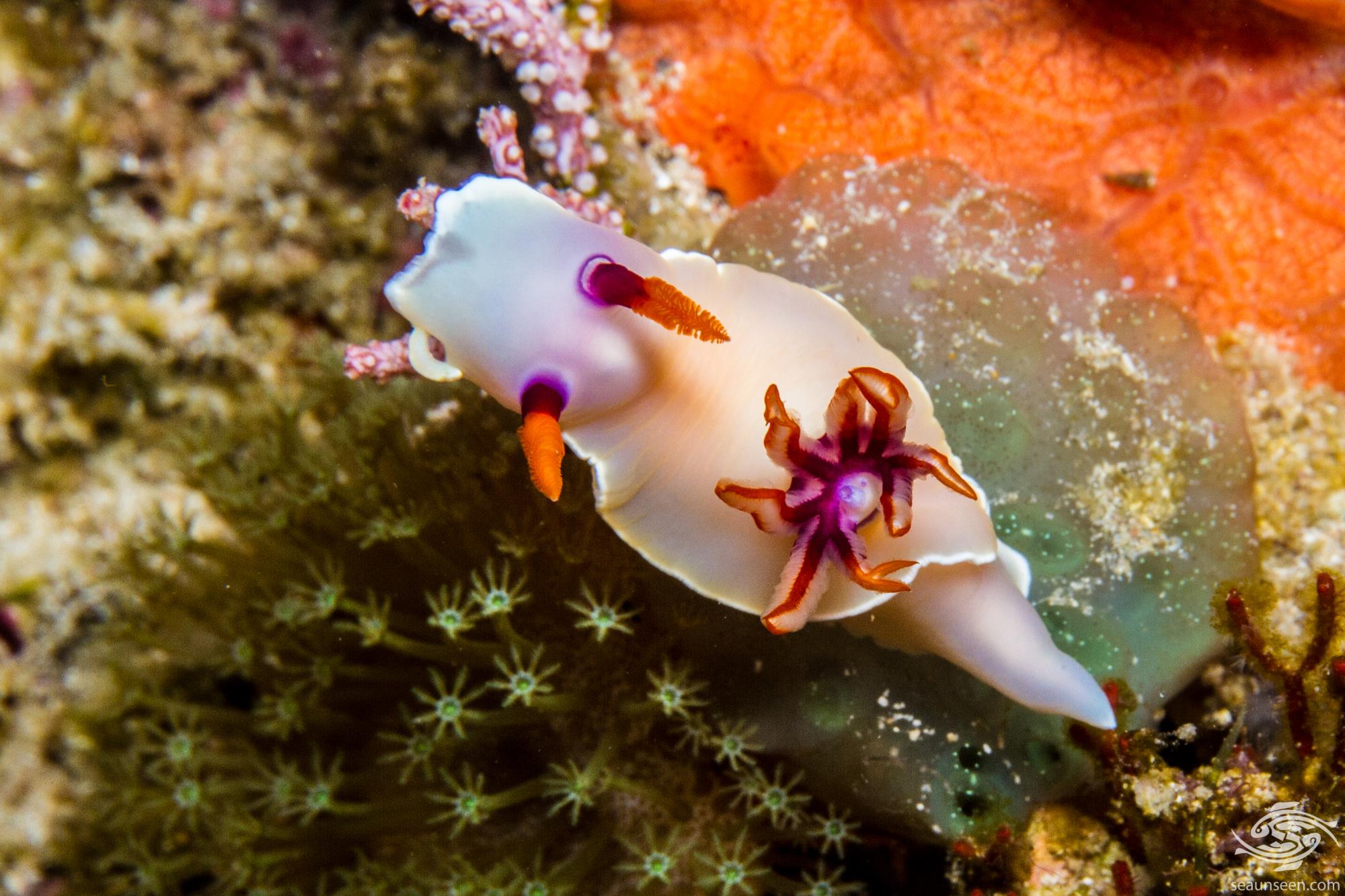 We have only seen specimens of Hypselodoris bullockii on fairly deep walls at around 25  meters in depth. To date we have only seen them during the day. They are rare in Tanzanian coastal waters. 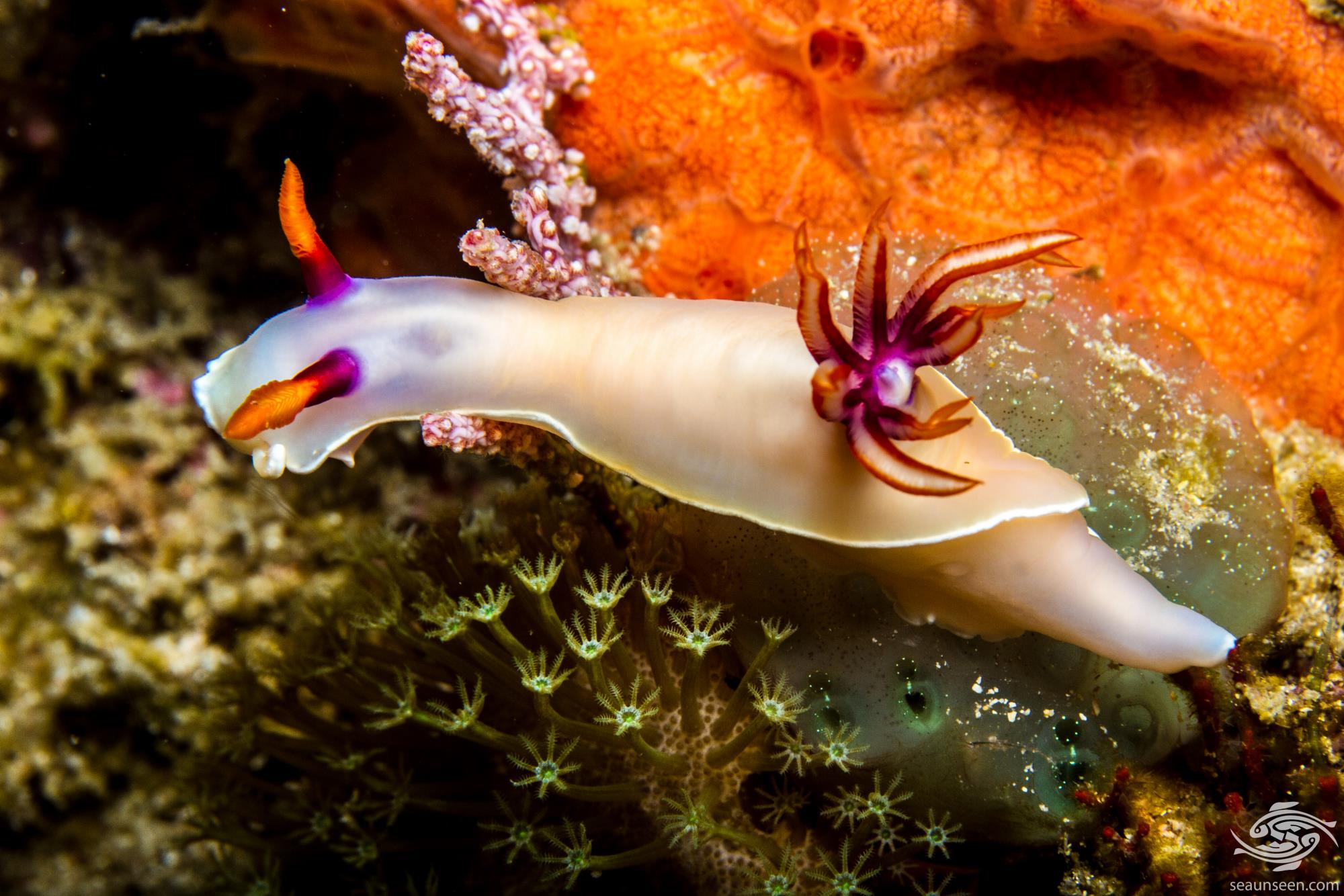 The distribution of Hypselodoris bullockii is from the East Coast of Africa across to Australia.  They are usually seen on coral reefs feeding on sponges. 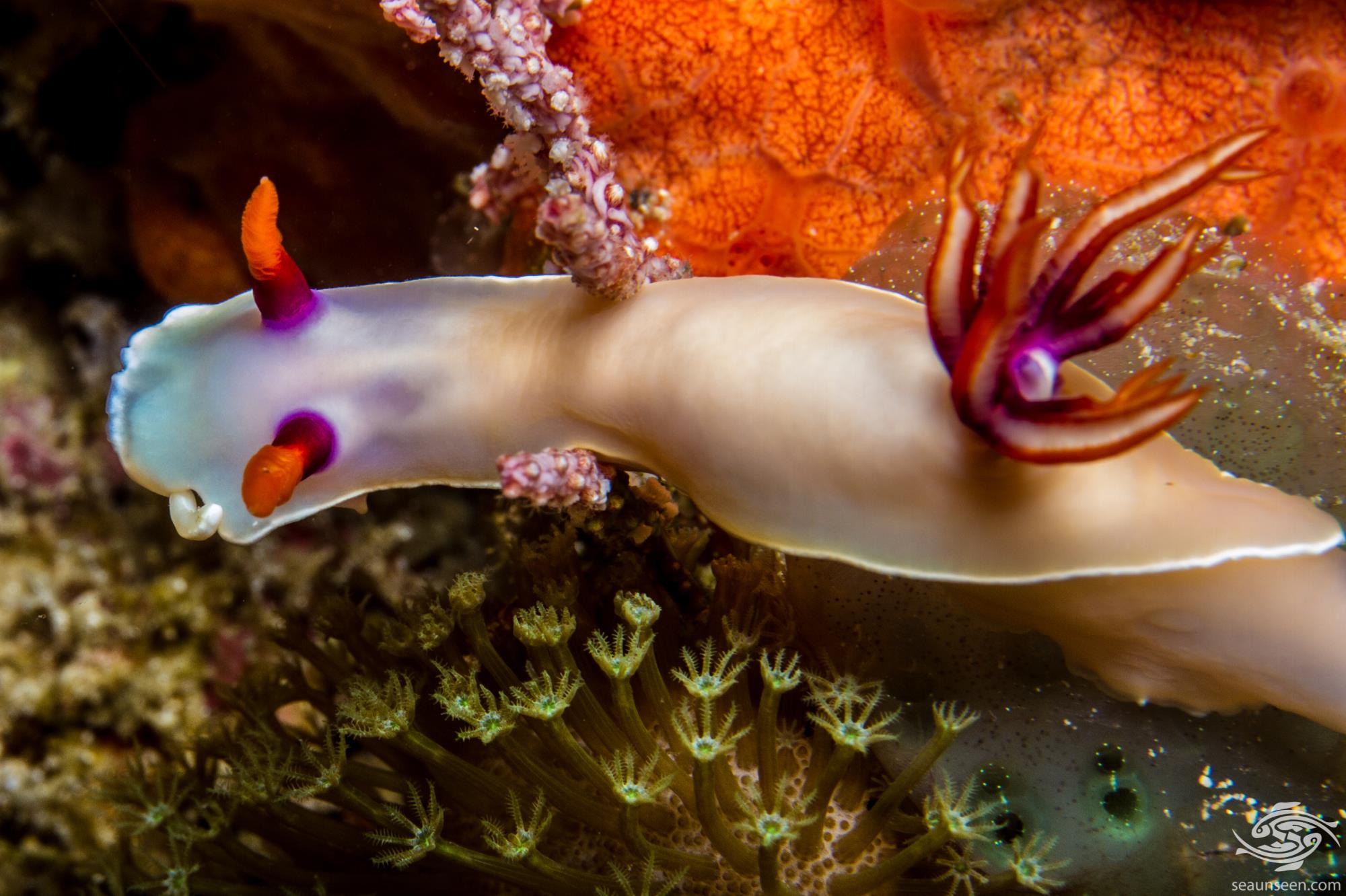 The Hypselodoris bullockii feed exclusively on sponges. They may absorb poisons from the sponges, which provide them with protection. 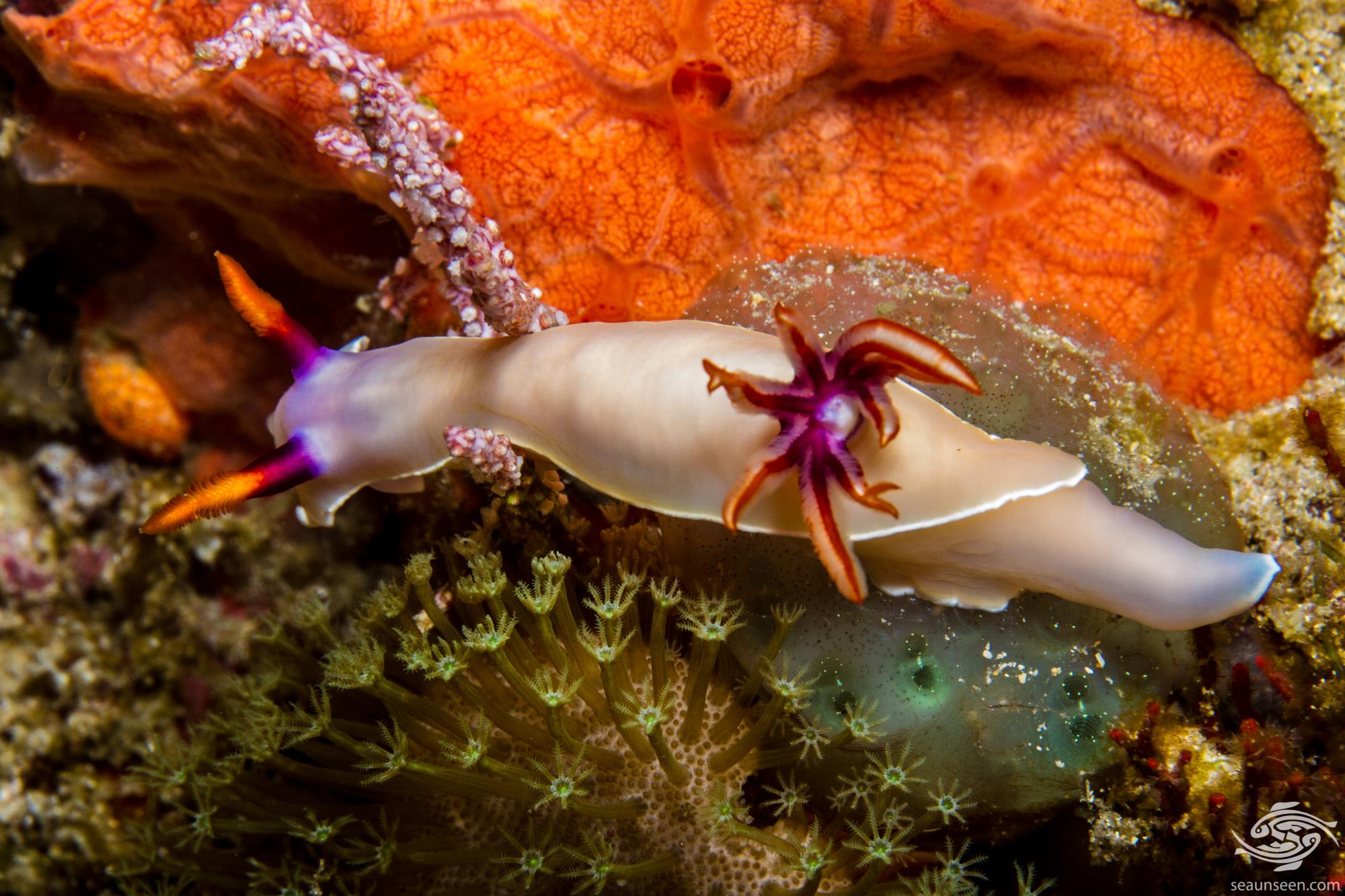 As with all nudibranchs they are hermaphrodites. They are unable to self fertilize and must mate with another member of their species. To mate, two approach each other and deposit sperm packages into each other. A specialised sexual organ on the right side of the body means that mating is done in a head to tail fashion right side facing . Both specimens then lay eggs which are typically laid in a spiral gelatinous mass, which is attached to a substrate. The egg mass of Hypselodoris bullockii is a yellow color. 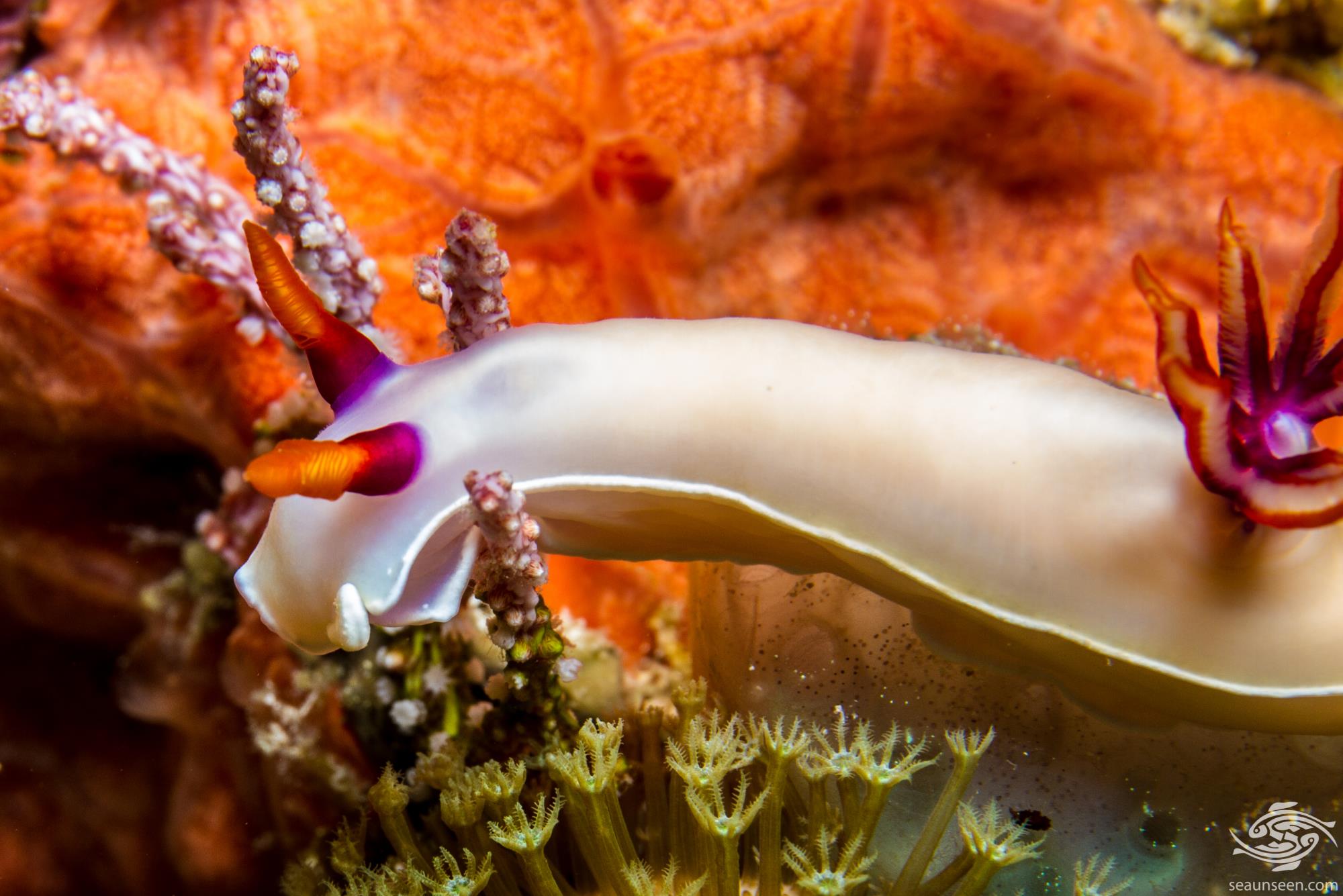 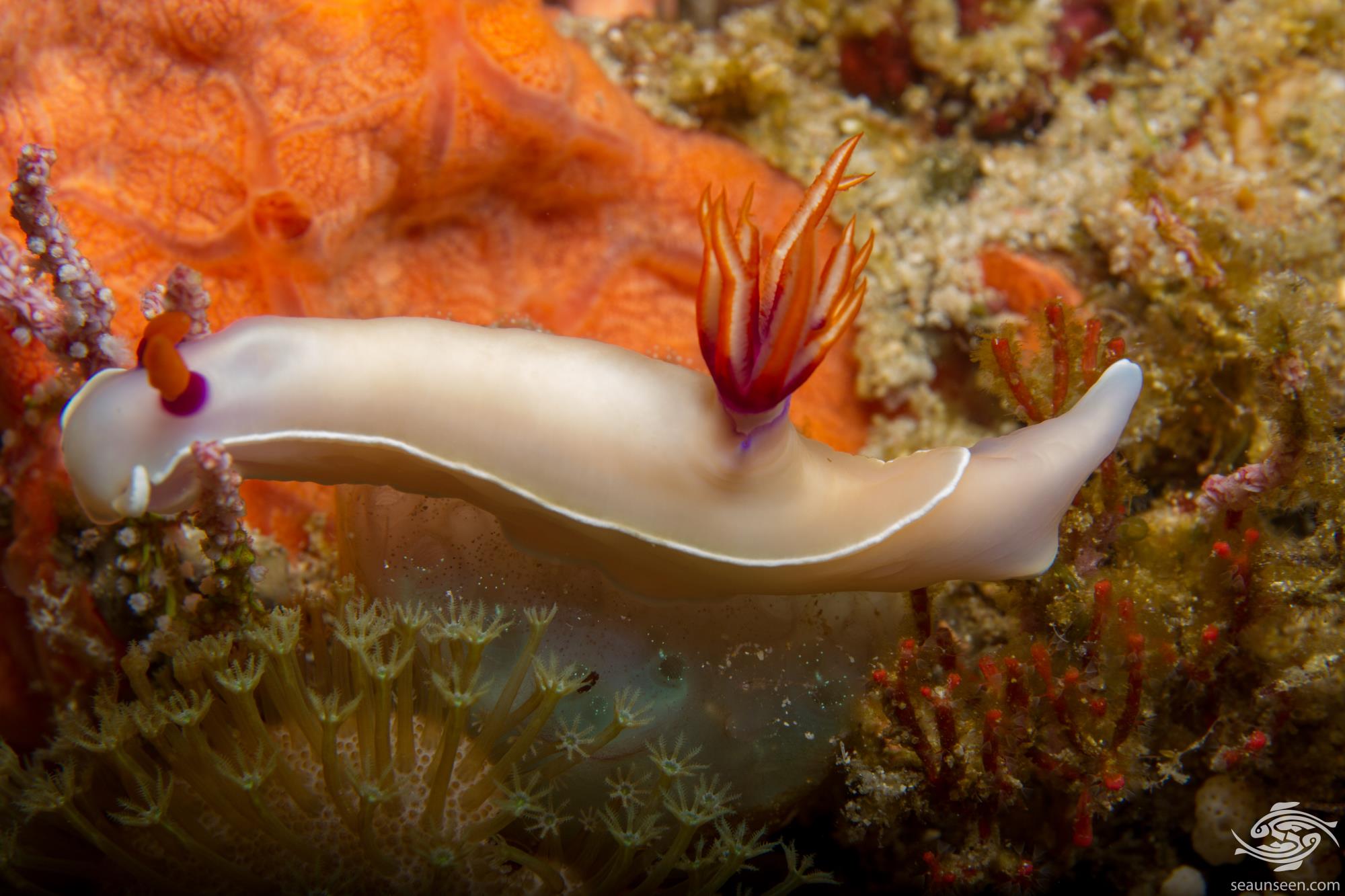