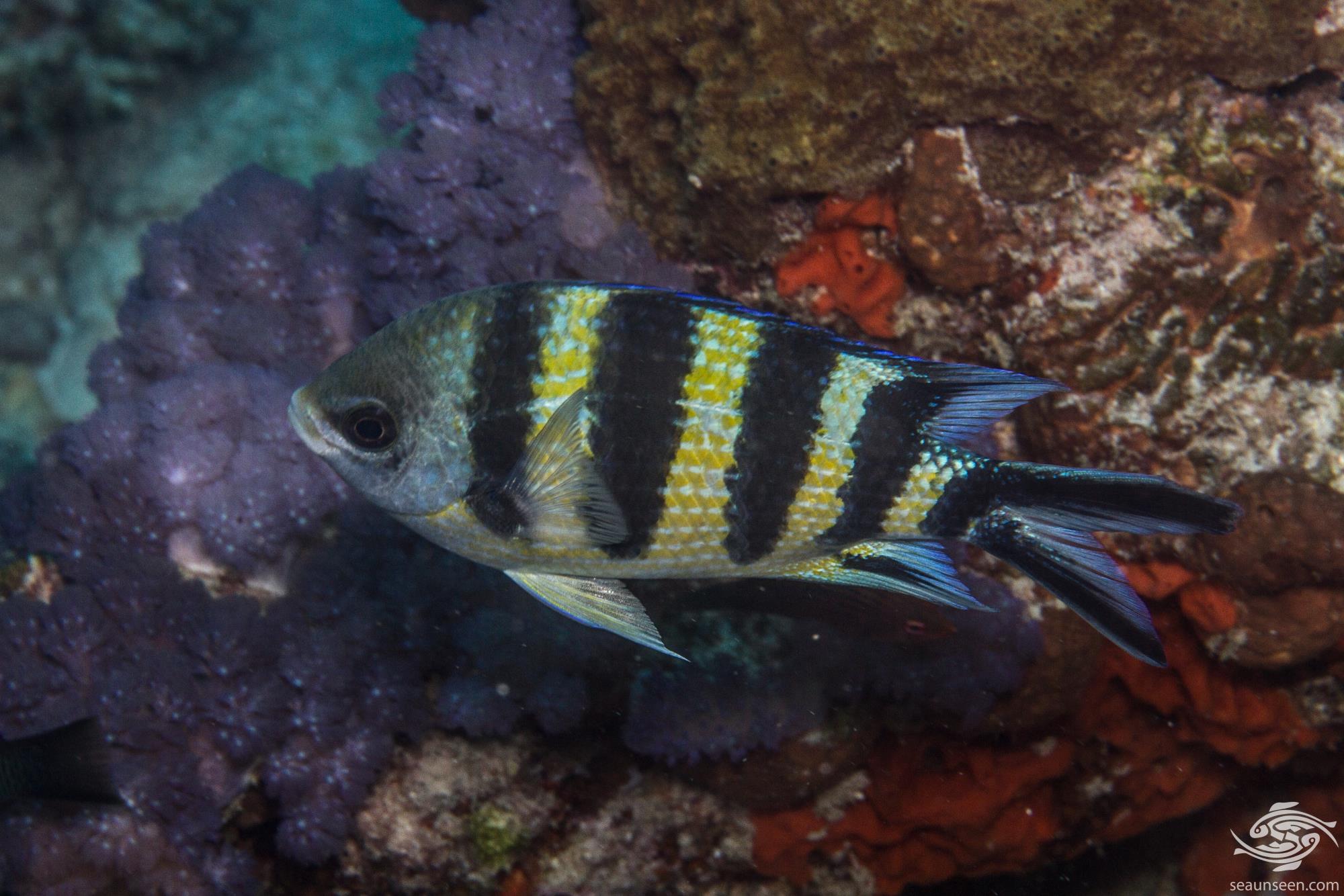 The Indo-Pacific Sergeant (Abudefduf vaigiensis) is also known as the Five-banded Sergeant-major and in some areas simply as the Sergeant Major.  They are a common fish on Tanzanian reefs particularly on the shallow reefs. 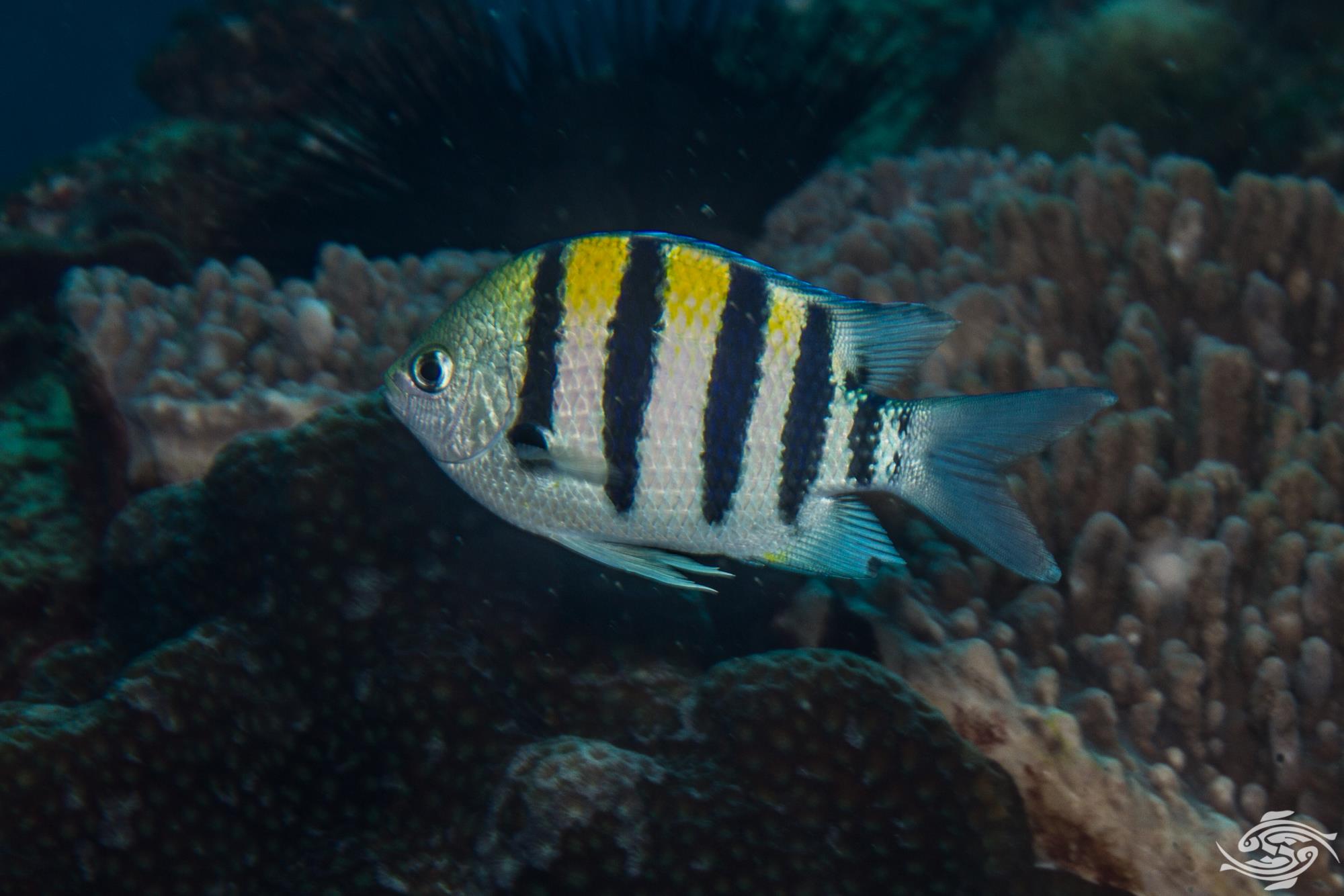 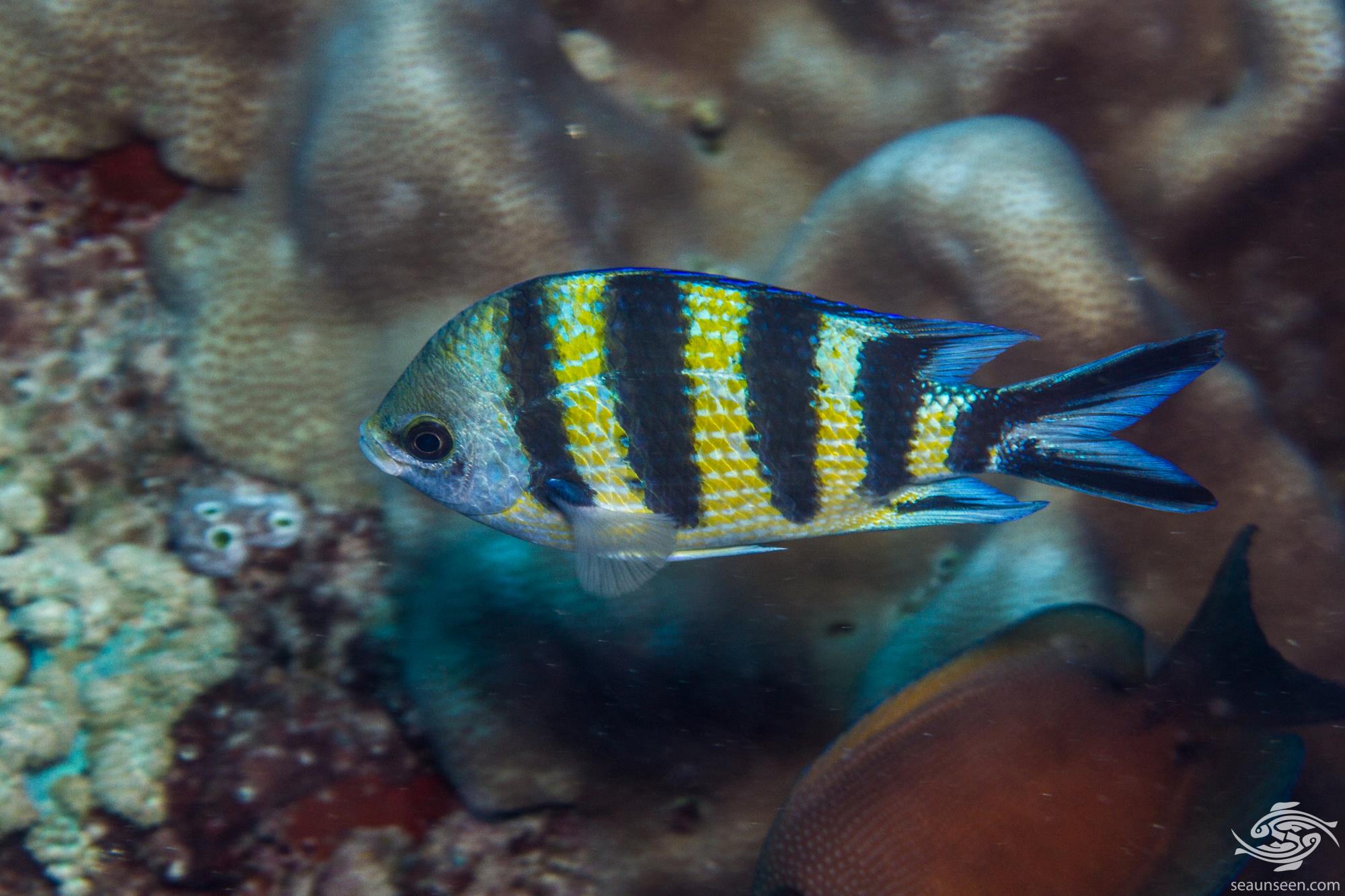 INDO-PACIFIC SERGEANT IN THE WILD

Indo-Pacific Sergeant’s are fairly common fish on Tanzanian reefs. Usually they are seen on the edges of seaward reefs  to a depth of 12 to 18 meters and are most often seen in small loose groups near a feature on the reef. They are occasionally seen singularly particularly on the shallower reefs. They appear to be territorial and if one returns to the same spot they will usually be there. In Kwa-Zulu- Natal in South Africa the juveniles are commonly seen in rock pools. 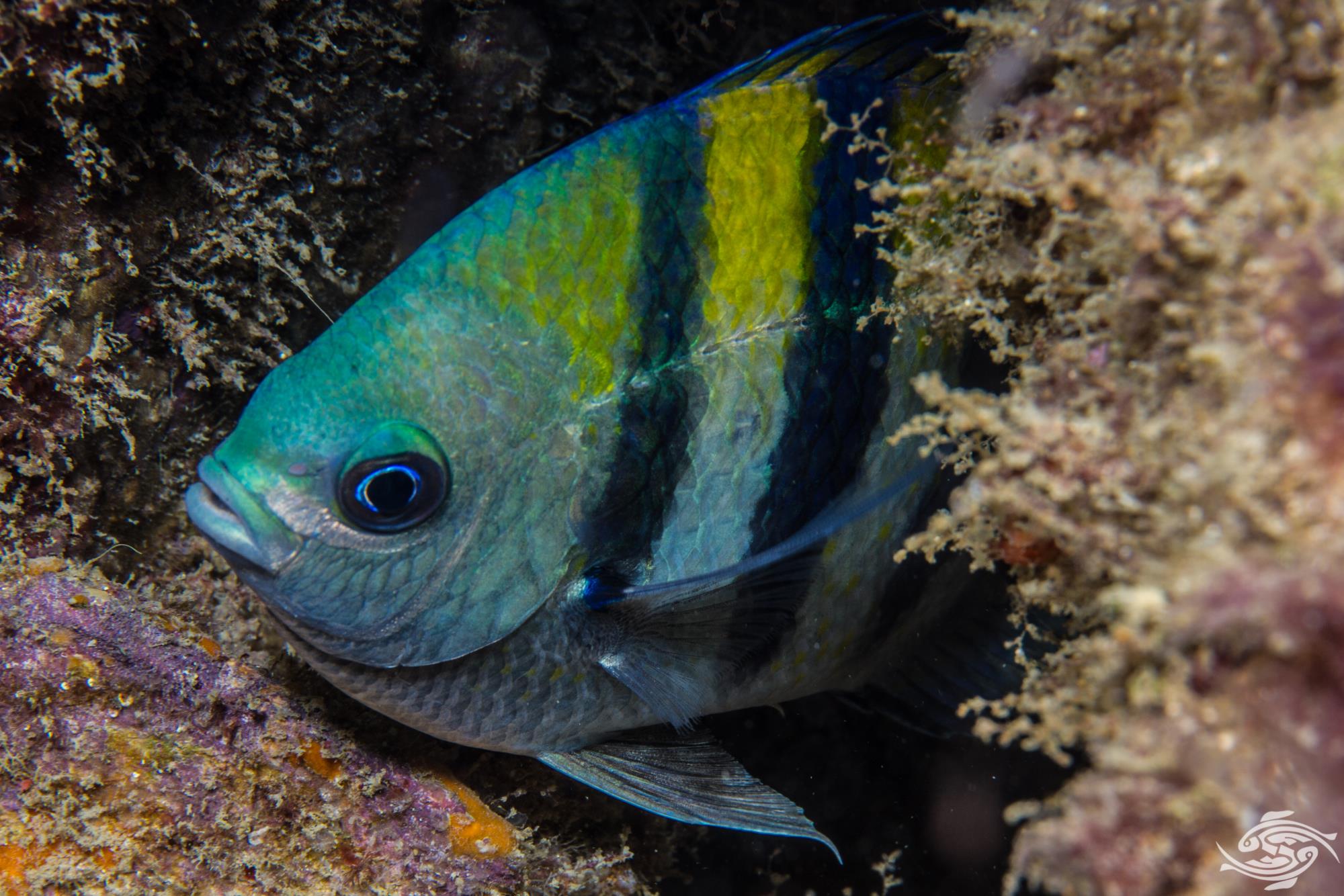 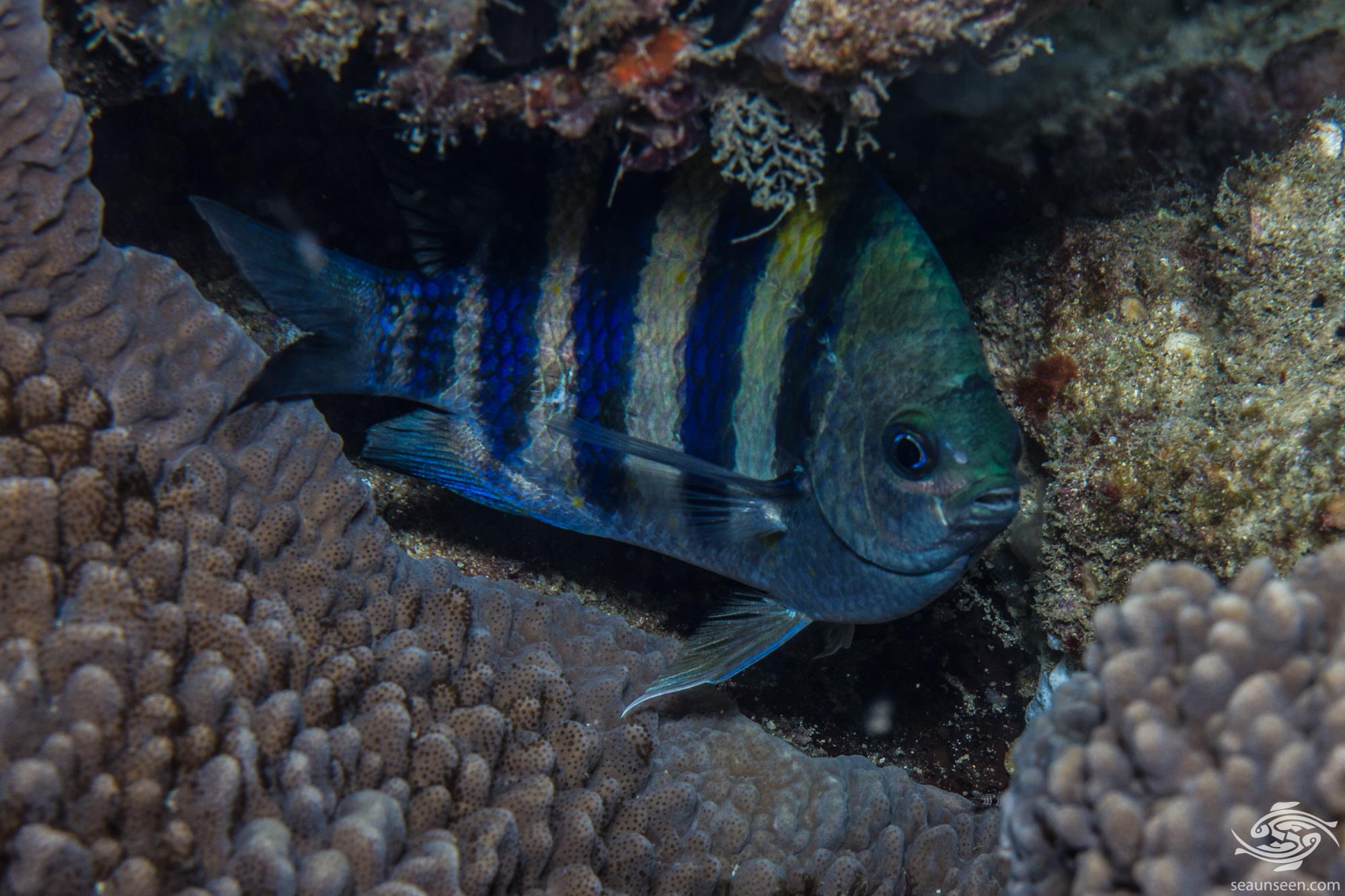 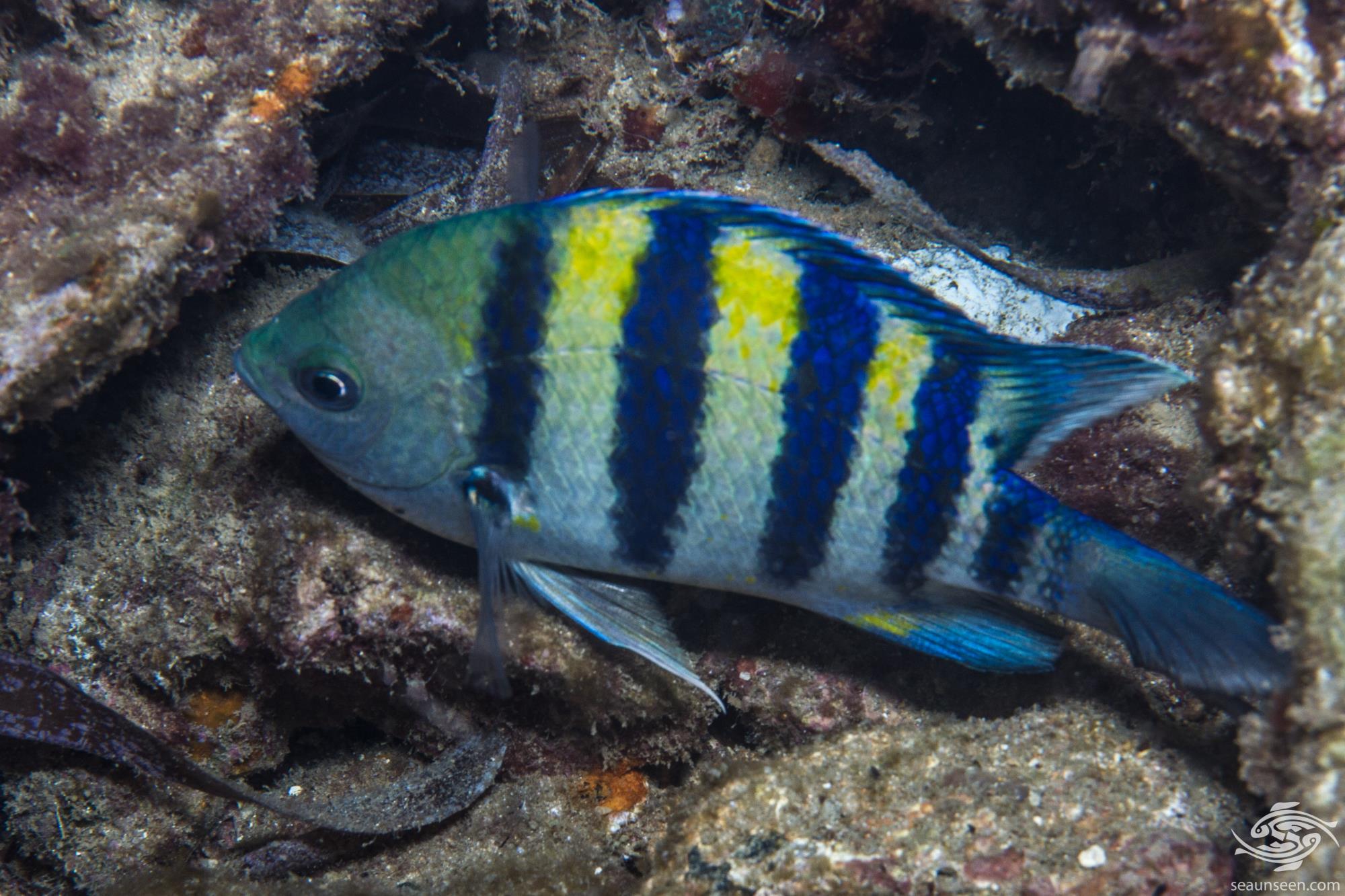 Little if any research has been done on their mating habits, they have been observed to aggregate and group spawn on large tides. The eggs then drift out to sea and are distributed by the currents. 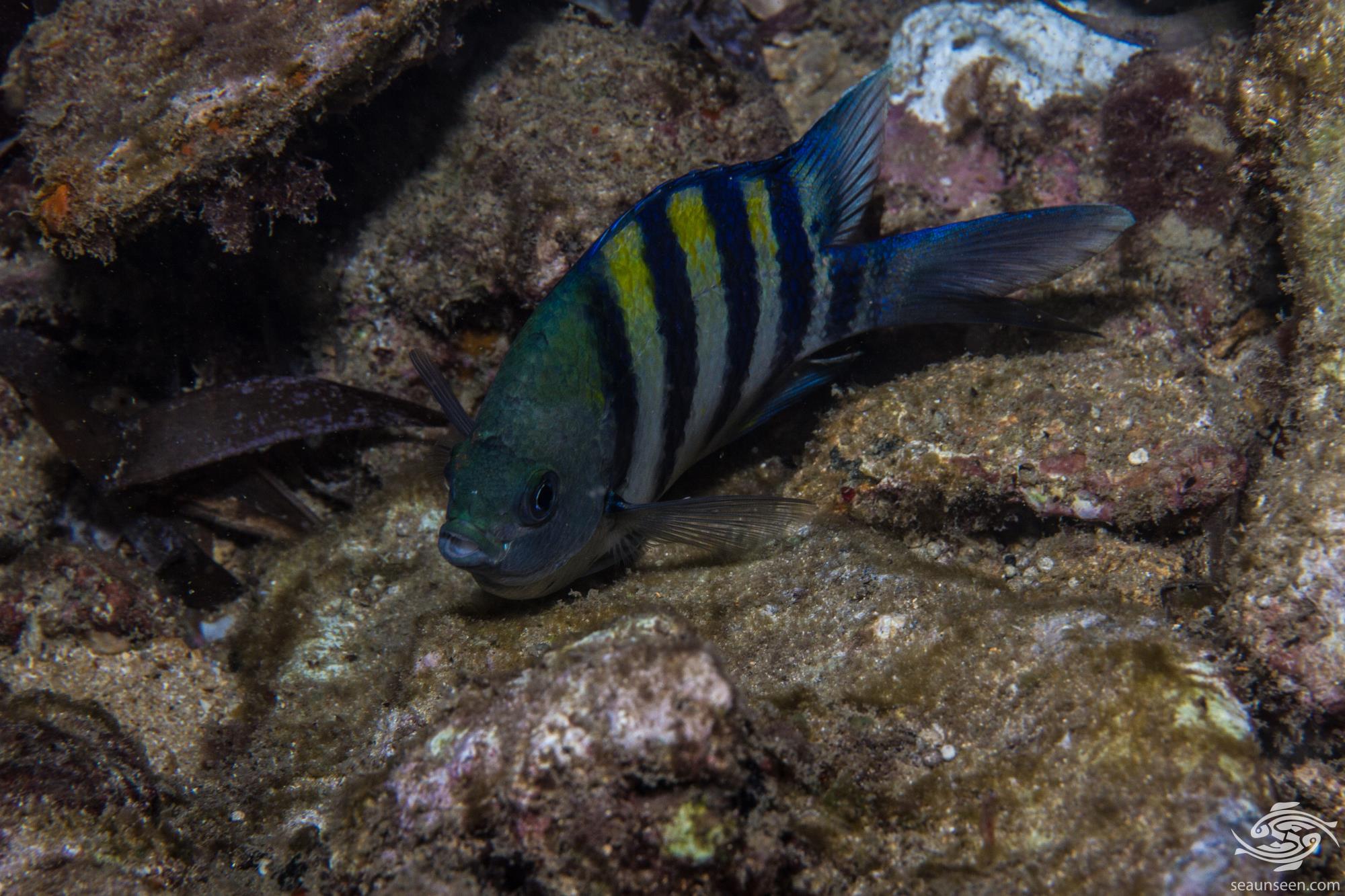 They are colorful hardy fish and would be easy to keep in an aquarium. However they would undoubtedly become highly territorial. It is almost a certainty that they will harass and beat up more peaceful fish. Most aquarists stay clear of these damsels and their close relatives for this reason. 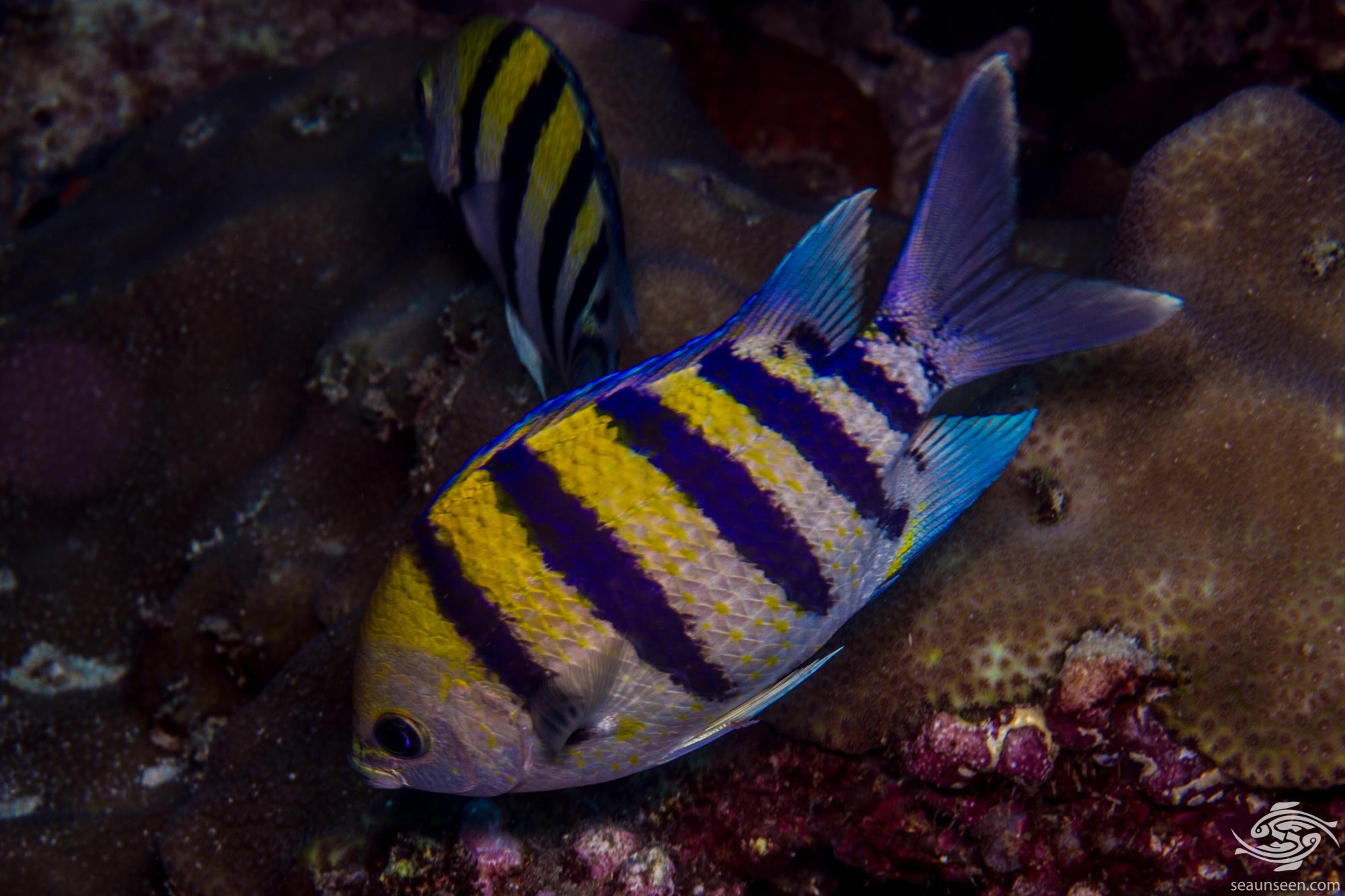