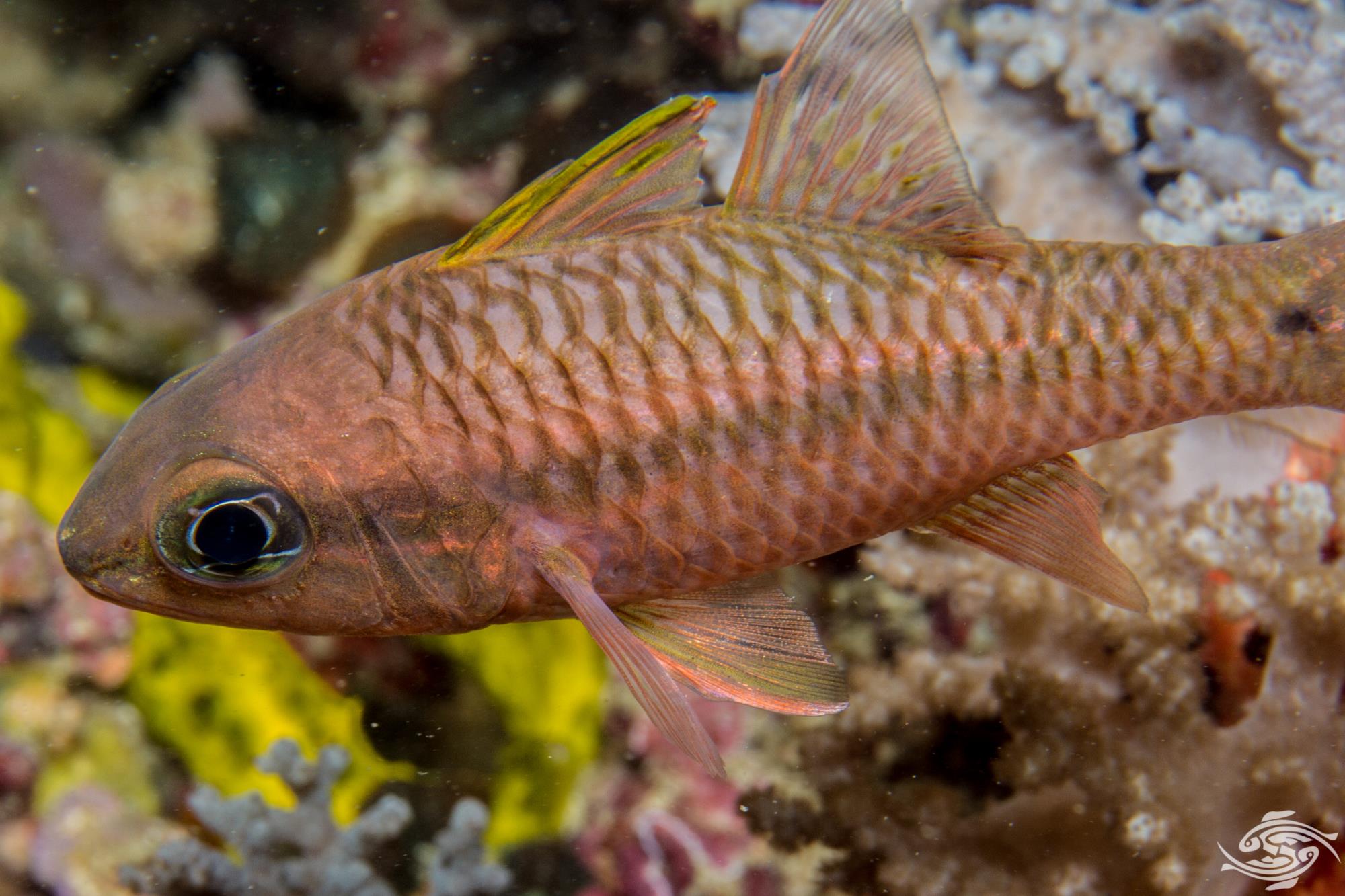 The Iridescent Cardinalfish Pristiapogon kallopterus is also known as the Spinyhead Cardinalfish or Kallopterus Cardinalfish. They are one of the few species of saltwater fish that are mouth brooders. 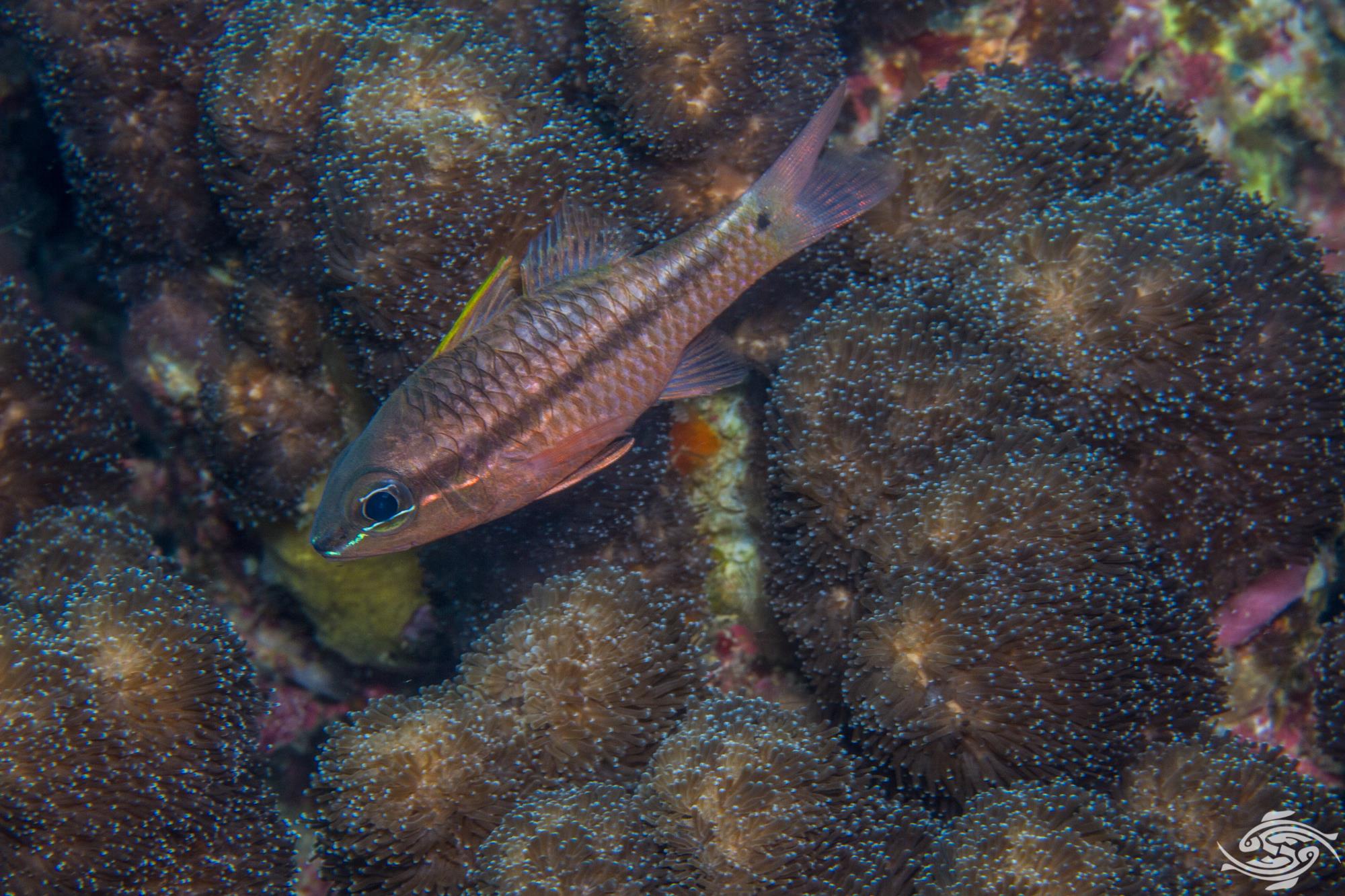 The Iridescent Cardinalfish has proportionally large eyes and have two dorsal fins. The dorsal and caudal fins are translucent with an iredescent tint. Their back has a dark tint to it and there is a black line running along the mid body. There is a small black dot in the caudal area. Two white stripes run across the eye and the lines fade onto the body. The first dorsal spine is a yellow colour. The scales have an iridescent tint which gives them their name. 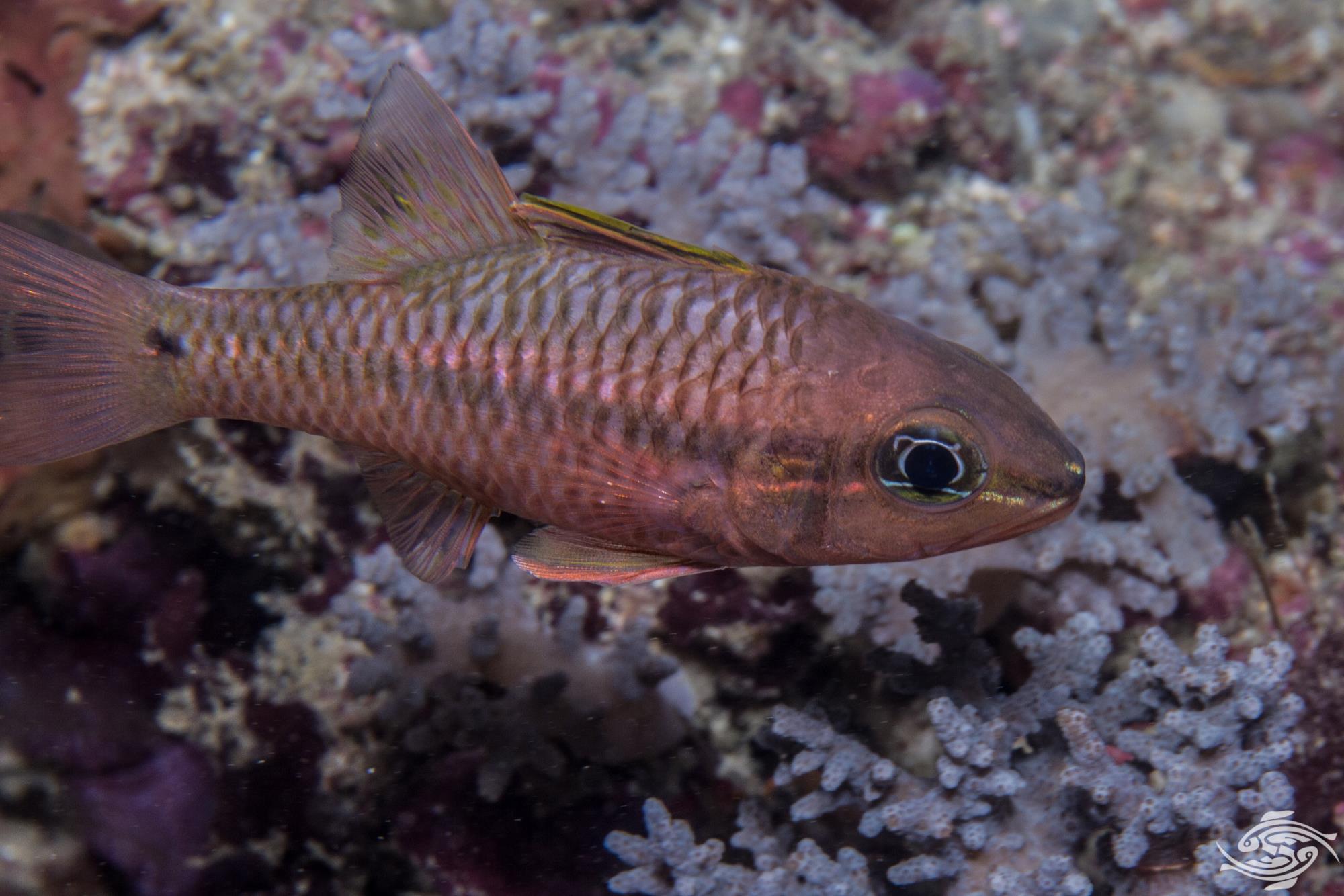 During the day the Iridescent cardinalfish can often be seen out in the open. This is very unusual for cardinalfish. They are almost always seen singly but on occasion they can be seen in small groups. At night they are usually solitary. Occasionally they will be seen in the spines of urchins but they prefer over hangs and caves. They are nocturnal feeders and are often seen out in the open on night dives in Tanzanian waters from depths of 12 meters onwards. 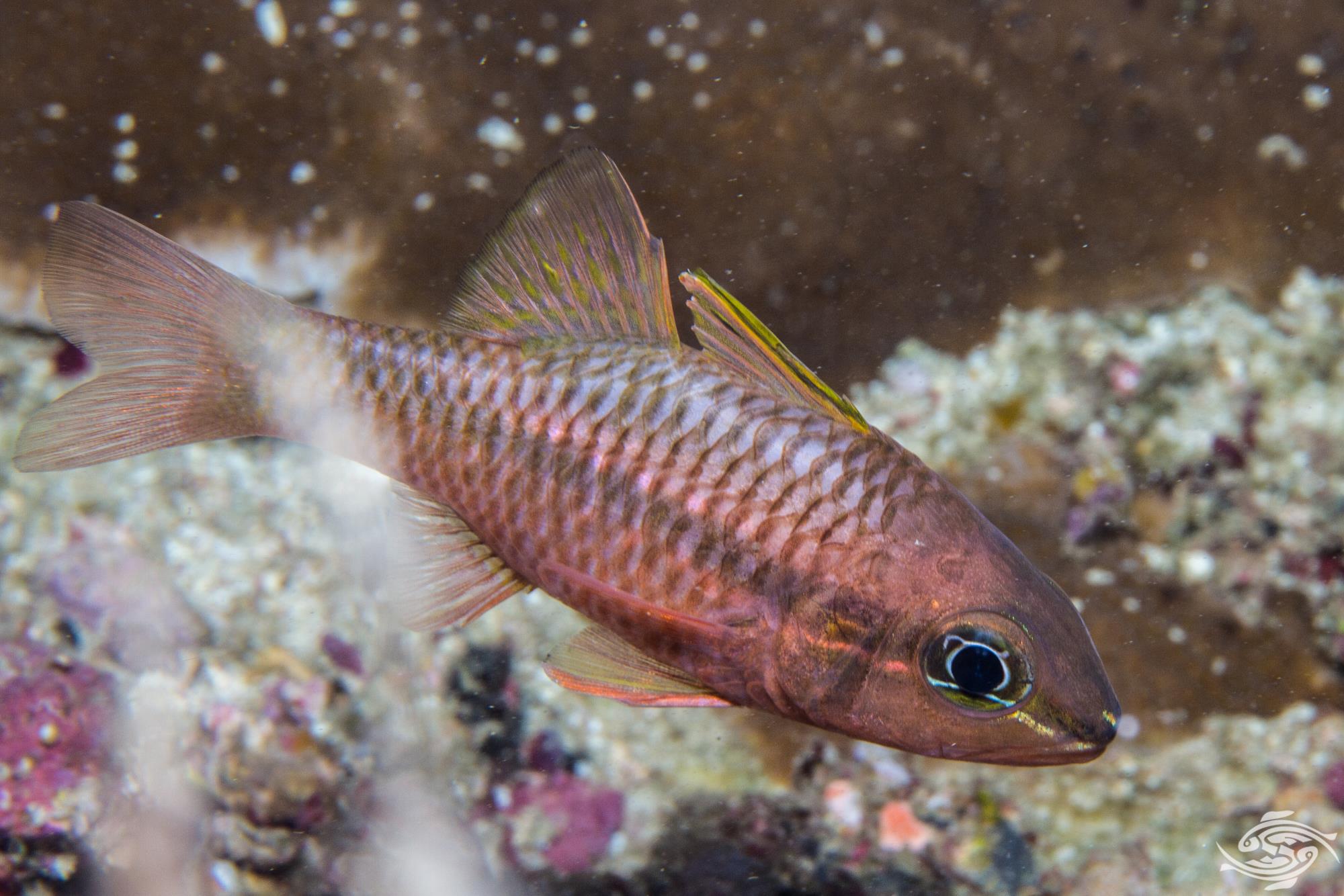 The Iridescent cardinalfish is found across the Indian ocean and in the west Pacific. They are found between depths of 1-45 meters. 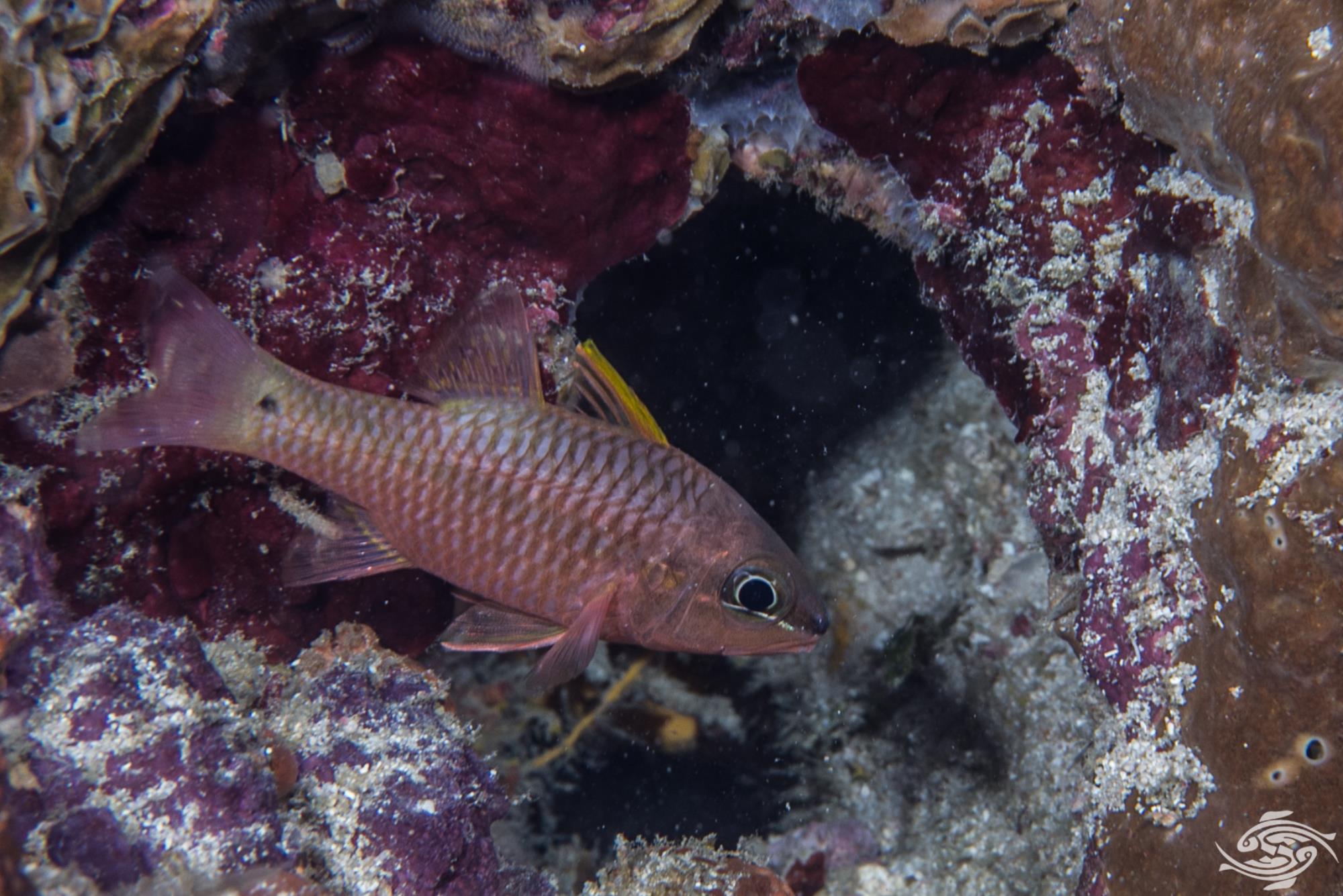 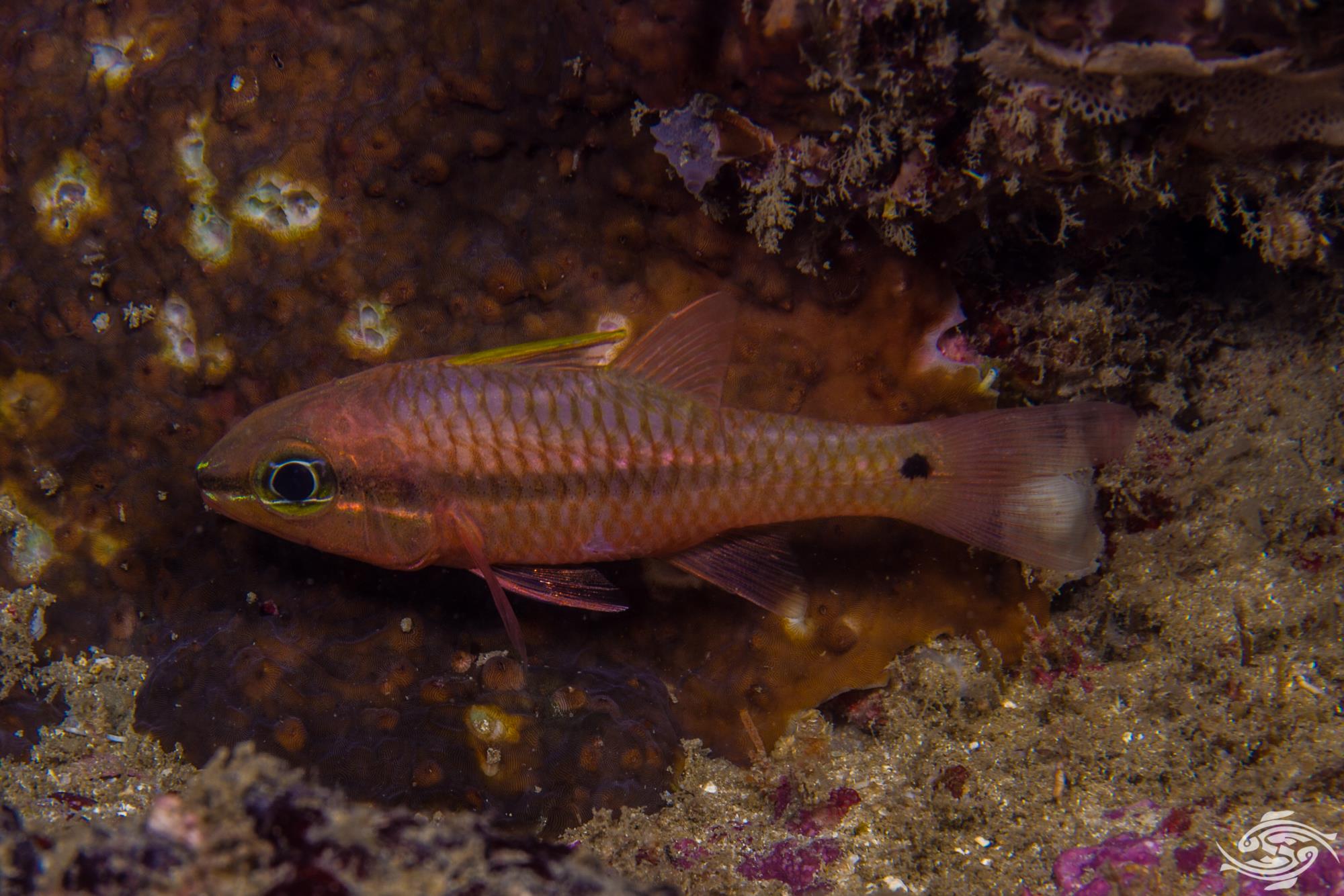 During breeding pairs are formed and after performing a mating dance, the eggs are laid by the female and fertilized by the male. The male then collects the fertilized eggs and carries the eggs in his mouth until they hatch. During this time the male cannot feed. Towards the end of the incubation period the males become quite skinny making the protruding mouth more noticeable. This can result in cannibalism with the male eating some of the eggs. The male in the image below can be seen with a mouth full of eggs. We have seen other species of cardinalfish spawning at night on the full moon and possibly this species spawns at night asw well. 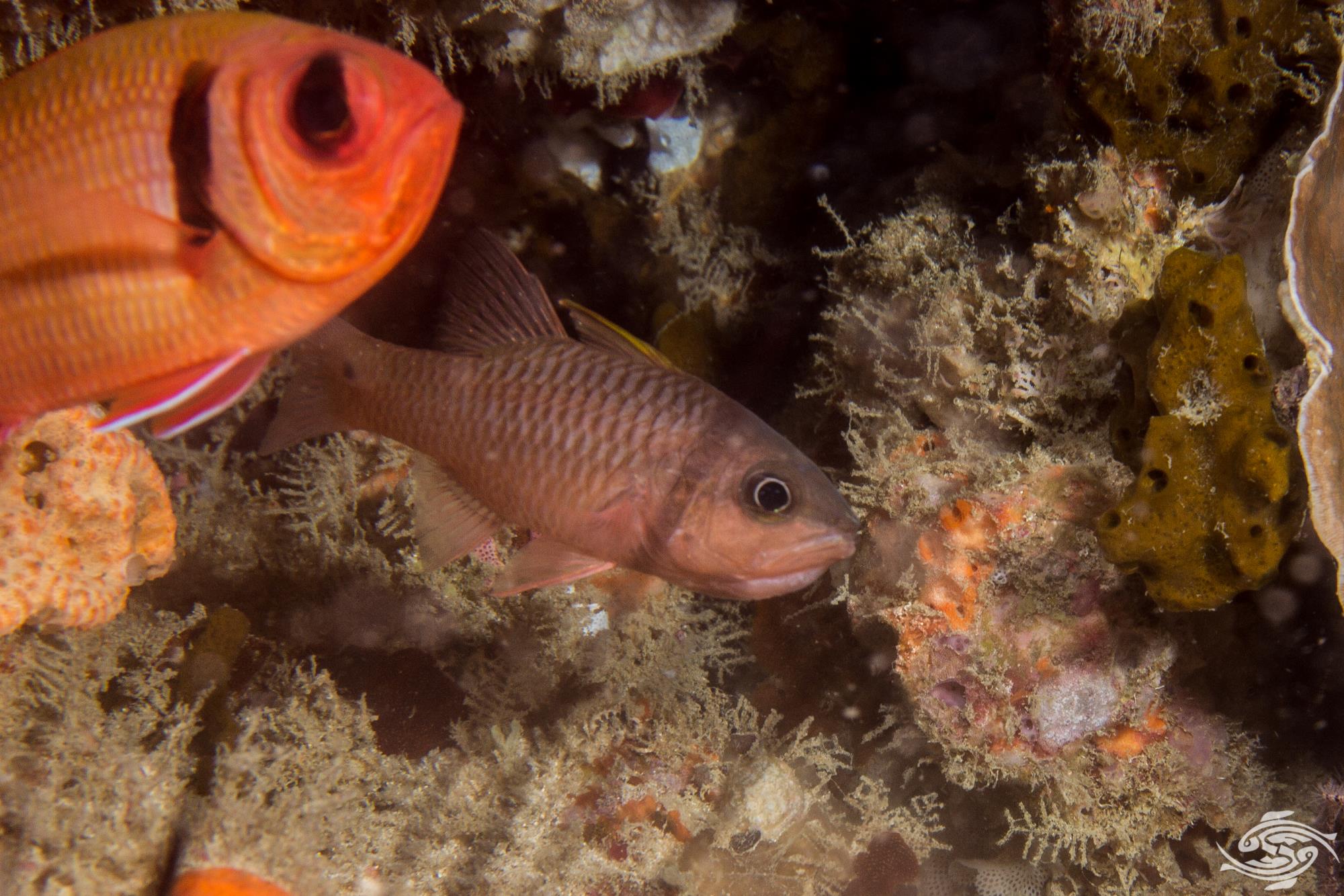 Iridescent cardinals are peaceful fish and prefer being in small groups. Being nocturnal feeders they are slightly reclusive during the day. They will eat small crustaceans and therefore are not technically reef safe. Some cardinalfish have been bred in captivity by breeders such as Orafarm where they are occasionally available.